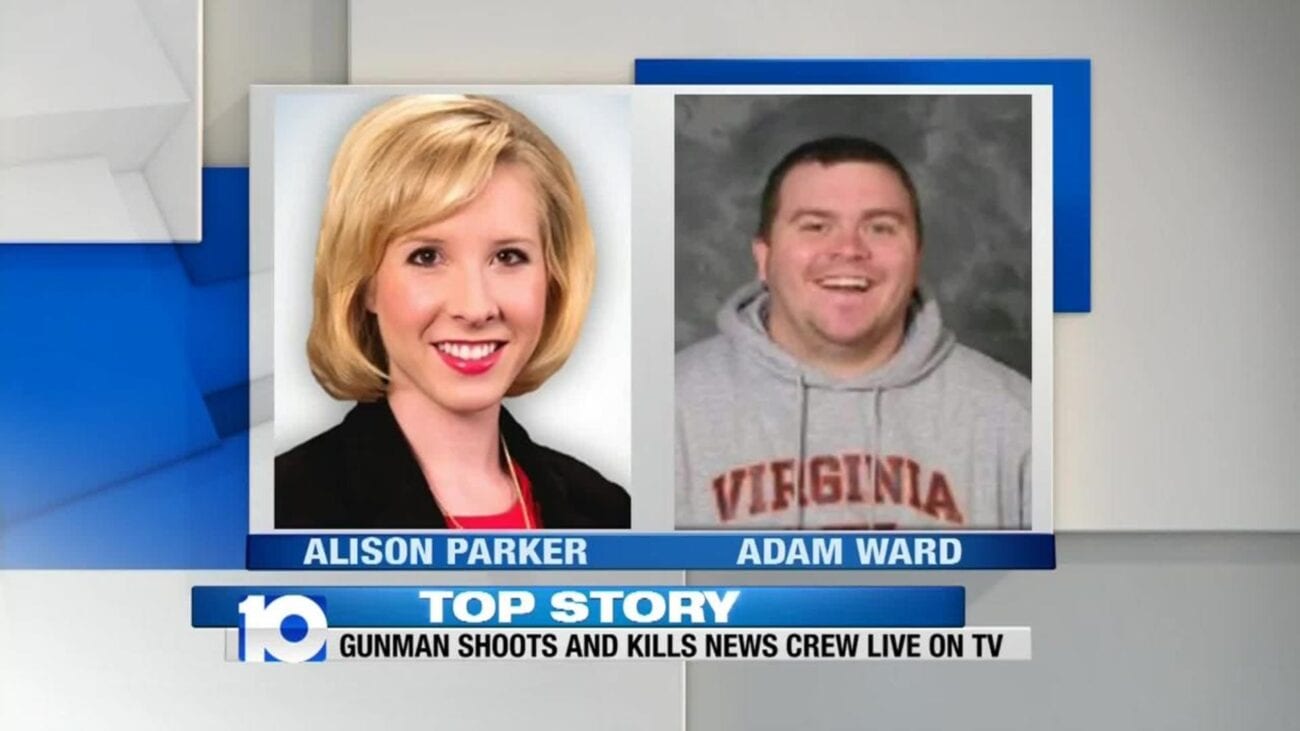 Sitting at home and watching our local news channels, we can sometimes forget that behind our TV screens are real reporters who venture into the field, delivering real stories and coverage for our benefit.

You’re likely familiar with examples of the funny, awkward moments of improvisation which accompany live television, and news reporting is no exception. But recording “live” also incorporates the randomness of our world, and can result in moments of shock or tragedy – sadly, the latter was fated for an unsuspecting WDBJ news team.

Stationed out of the city of Roanoke in western Virginia, WDBJ is a small, close-knit team and a staple for the city’s local news and regional ongoings.

Five years ago on a Wednesday, three members of their news team held a solemn broadcast at 6:45am, stricken by visible grief as they paid respect to two of their fallen coworkers who died in the field of duty – just twenty-four hours beforehand. 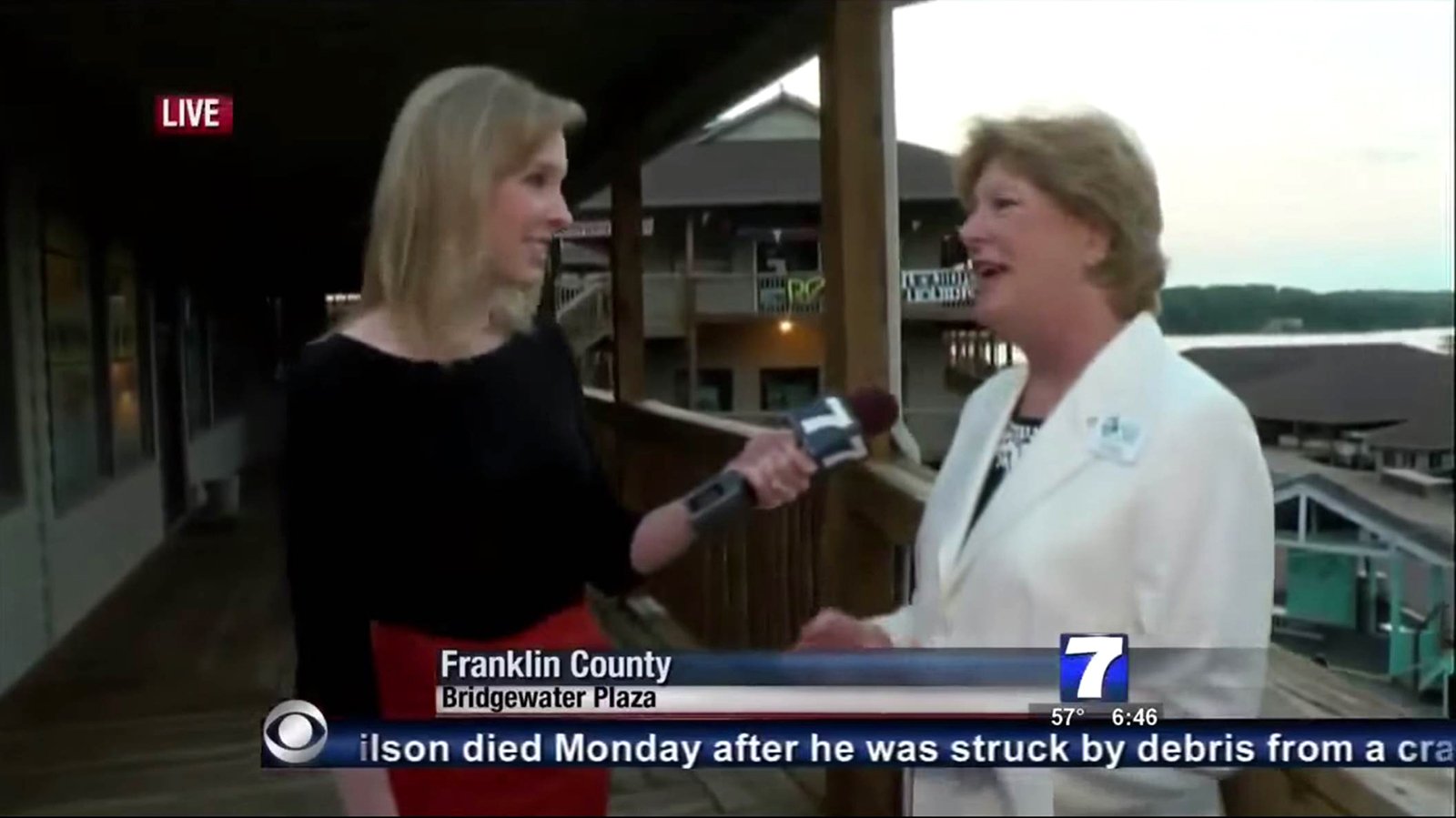 On Wednesday, August 27, 2015, the WDBJ news crew consisting of TV anchor Alison Parker and cameraman Adam Ward, were in the middle of an interview with  Vicki Garnder, the executive director of the chamber of commerce of Smith Mountain Lake – a large reservoir just southeast of Roanoke.

As the taping was only just underway, several loud sounds were heard, followed by screaming voices of Parker & Gardner. Uncertain in the chaos, the popping appeared to be the sound of gunshots ringing out, right in front of the crew.

As the feed cuts back to the station, wide-eyed anchor Kimberly McBroom appears stunned, calmly telling viewers she is unsure of what transpired, and would let them know once they “found out what those sounds were” – but aside from risking wrongful speculation, the events were not to be doubted. 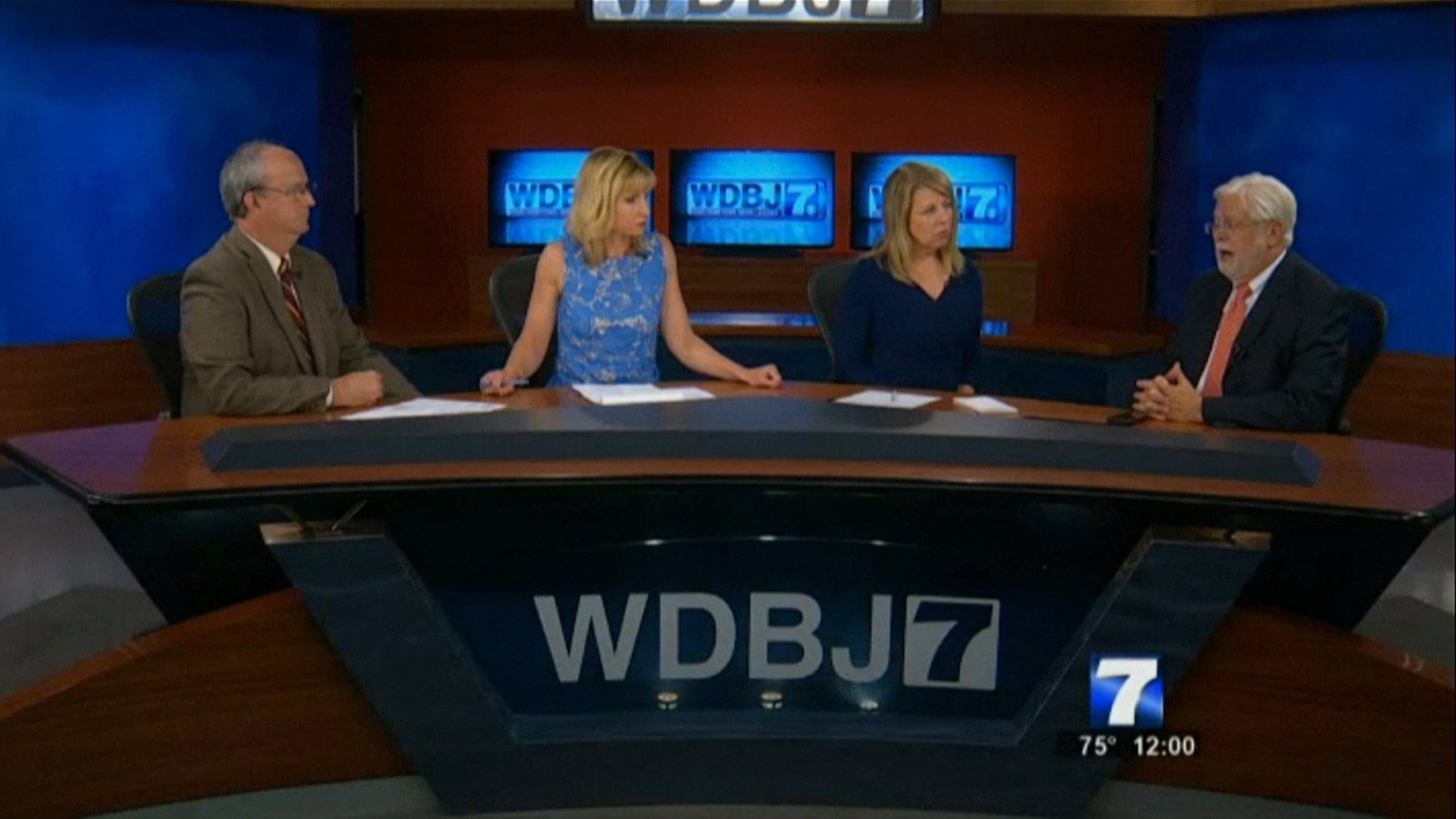 WDBJ news reports on two of their own

Confirmed a handful of hours later with the help of local authorities and the WDBJ staff, the sad news poured into the station – an impact immediately felt both on and behind the scenes. Later that day, station staff including McBroom, GM Jeffrey Marks, and meteorologist Leo Hursbrunner reported and reflected on the somber events.

Both Parker and Ward were confirmed to be killed in the shooting on live television. Cutting from the graphic video footage shared by Daily Mail, the events unfold in moments –shots ring out, screaming ensues, and Parker runs away as the camera falls to the ground and more shots are heard. The final image is of a man in black clothing.

The murders weren’t only witnessed live by the station’s viewers, but were even seen by Parker’s then-boyfriend, Chris Hurst – a fellow reporter at WDBJ. The videoed killing was also seen by Melissa Ott, a producer for WDBJ and then- fiancée of Adam Ward. According to WDBJ employees, they tried their best to keep the grieving pair calm. 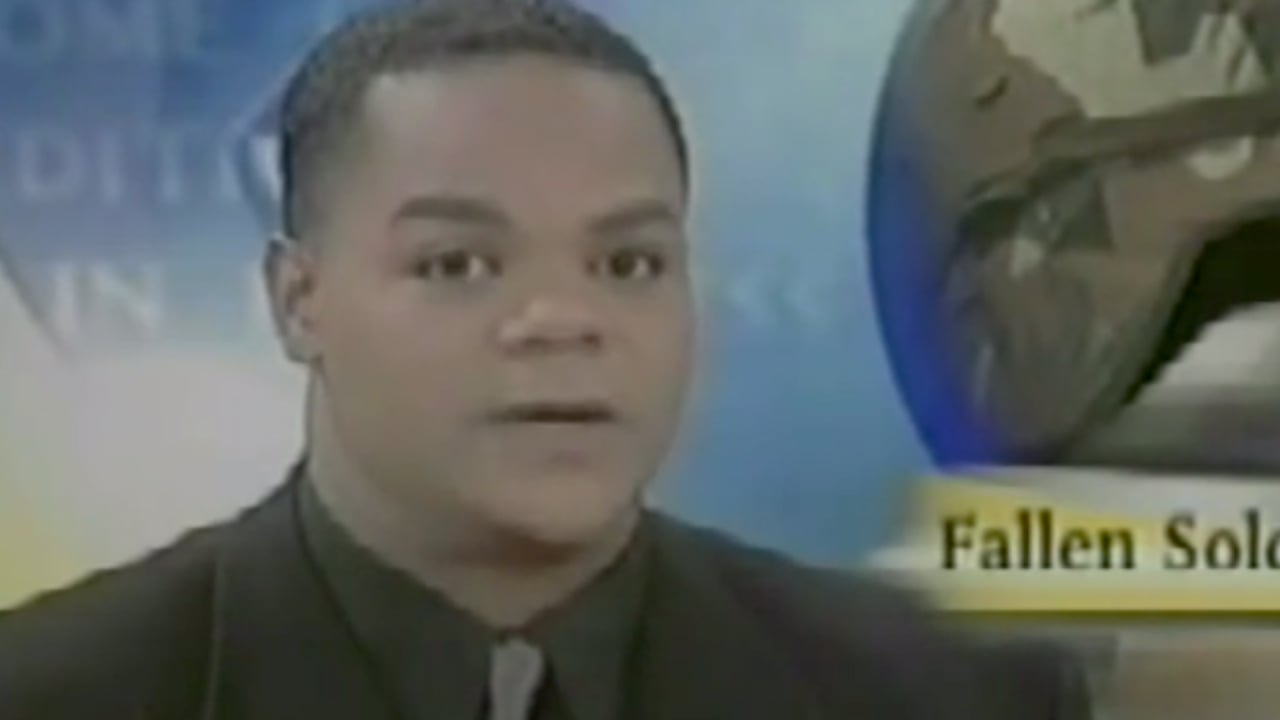 The killing was conducted by Vester Lee Flanagan – a former news reporter at WDBJ. According to Jeffrey Marks – the president and general manager of WDBJ at the time – Flanagan worked for the station for only about a year between 2012 & 2013, but was terminated for not reporting “up to the standard” of the station.

The “disgruntled” Flanagan opened fire on the trio, killing the two news station employees and critically wounding Gardner with a gunshot to her back. Several media outlets reported Flanagan then fled the scene in his own vehicle, switched to a car he rented a month earlier, and was pursued by authorities.

Flanagan was trapped by police just five hours after the incident and shot himself, dying from his injuries in the hospital. During the pursuit, Flanagan reportedly shared several Twitter posts detailing his dislike for his former co-workers, and even posted a video of the graphic murders recorded from his own point of view. 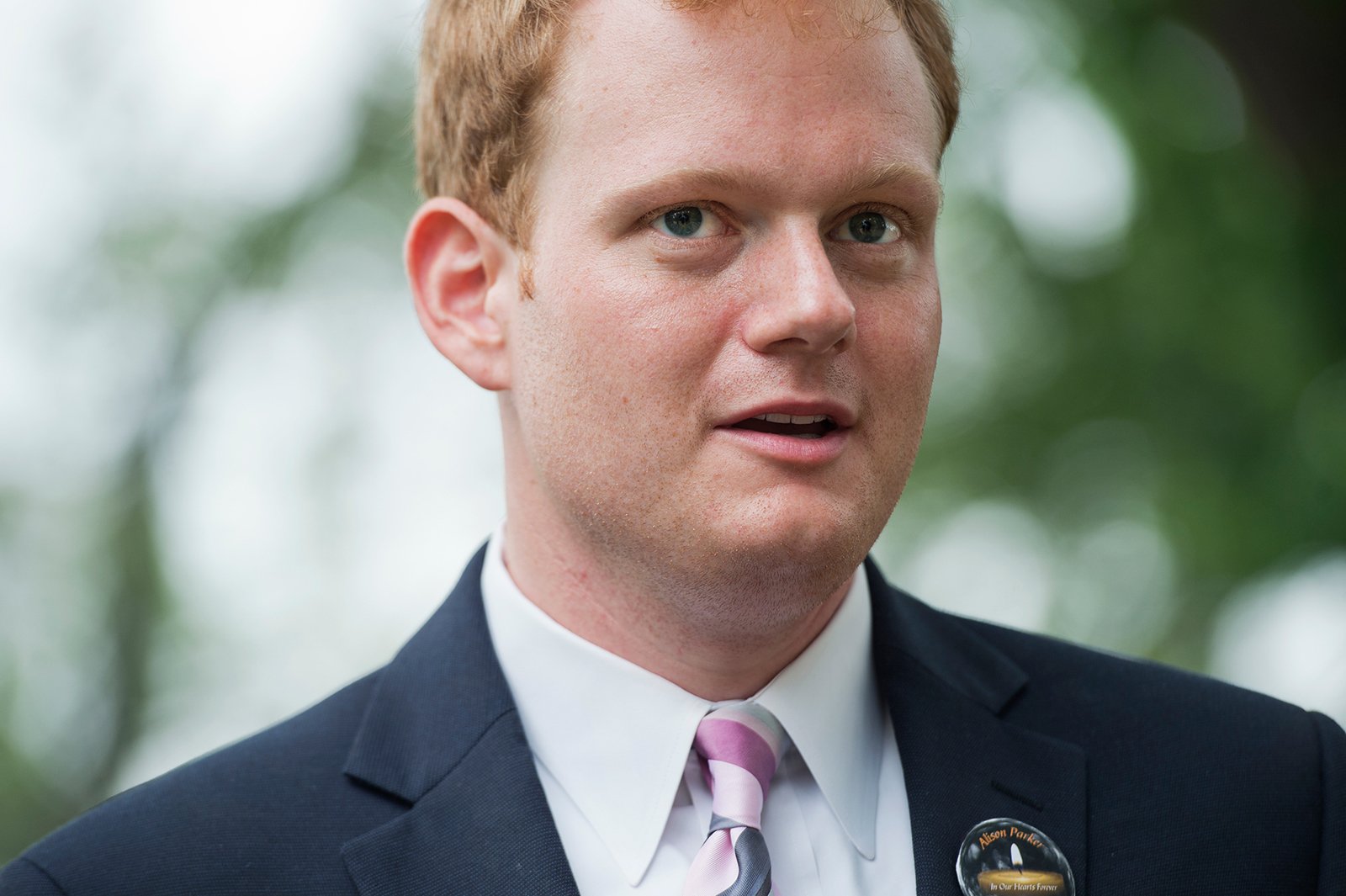 WDBJ: Where are they today?

In February 2017, Hurst went on his final broadcast and indicated he’d be spending time in local politics – running for an office, entering the U.S. gun debate, and demanding stricter gun legislation in Virginia. Hurst currently sits as the Democratic Delegate of the Virginia House of Delegates for District 12.

Kimberly McBroom still works as a reporter and a morning/noon anchor for WDBJ news station. Leo Hursbrunner also still works as a meteorologist and is the face of daily weather reporting at WDBJ. Melissa Ott remains working as a news producer, but now for Fox 44 & ABC 22.

Jeff Marks left the station shortly after the tragedy, and now works as a training consultant after spending time in training and talent development at various TV broadcasting companies. The once small, intimate newsroom remains just that – a working family connected by a tragedy, still fresh in their minds from five years ago. 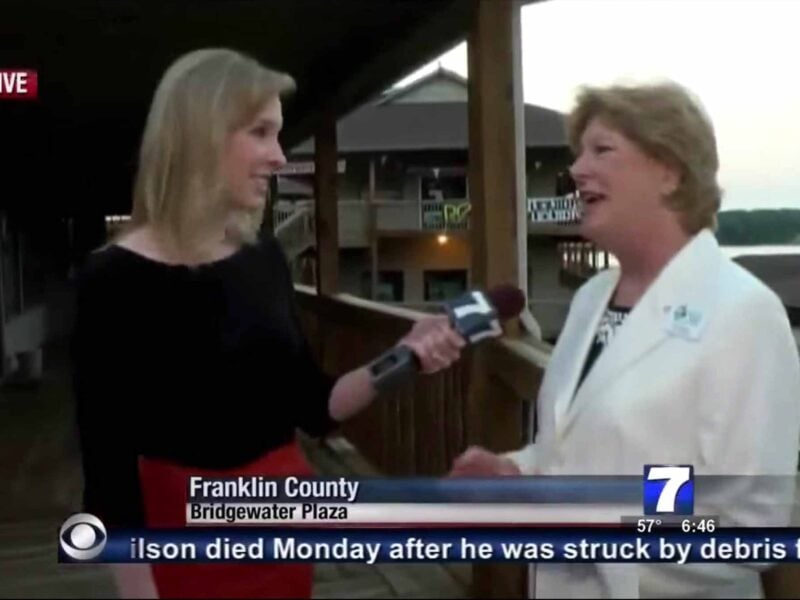 The tragic televised shooting of Alison Parker and Vicki Gardner 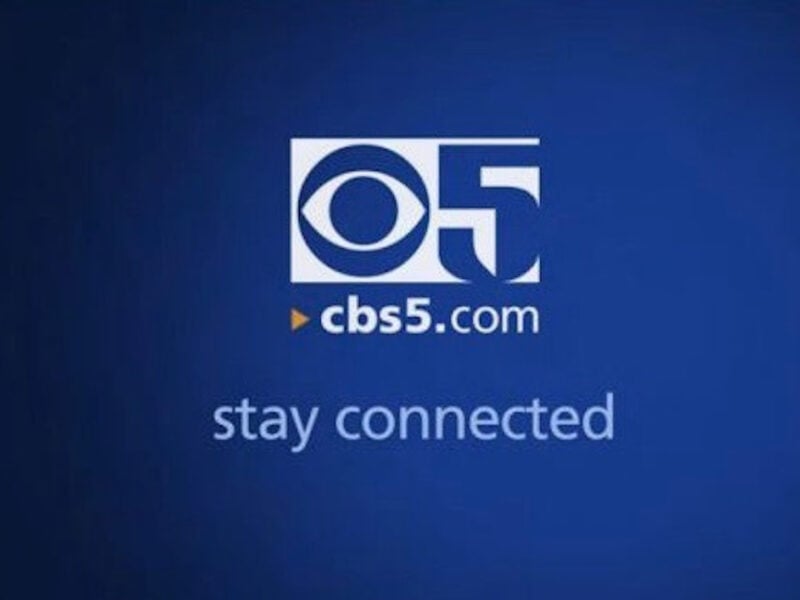