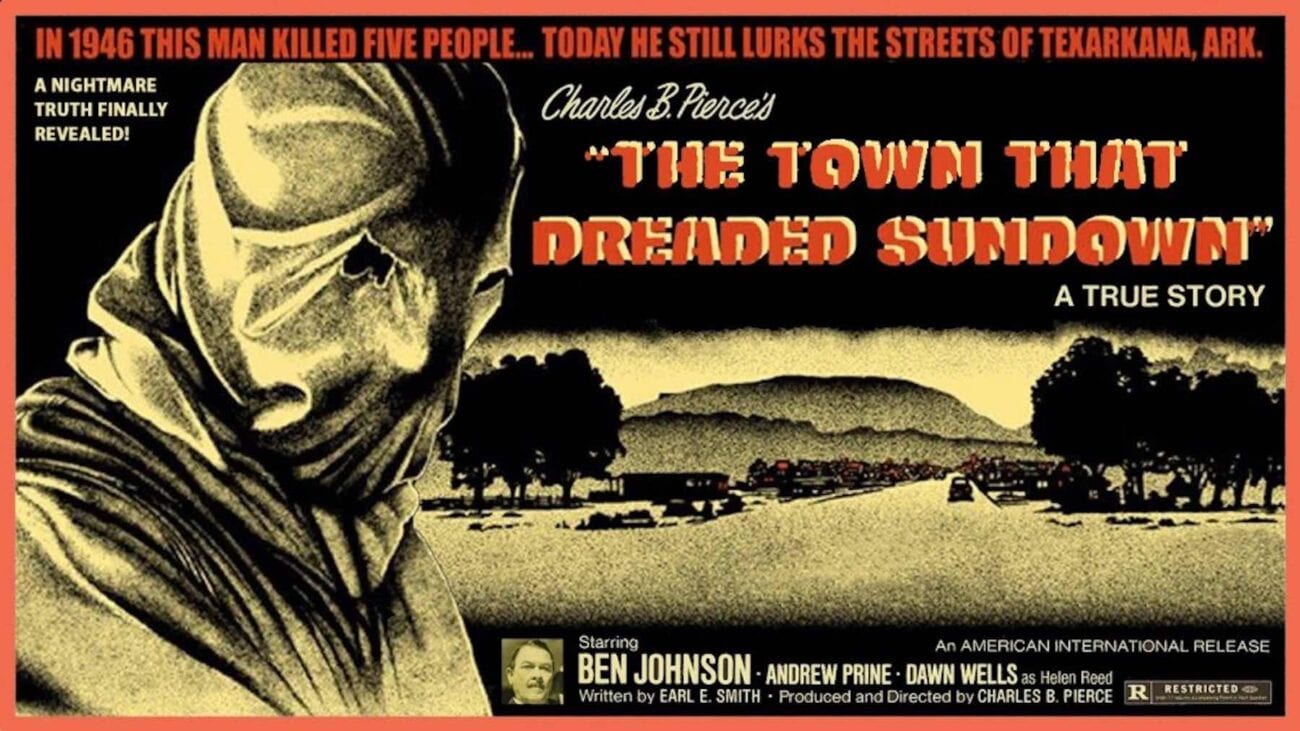 ‘The Town That Dreaded Sundown’: How did the Phantom Killer escape?

Many films over the years have been inspired by instances of true crime. These cases led to the creation of such horror films like The Texas Chainsaw Massacre, which was inspired by the human cesspit known as Ed Gein. Earlier than that, however, was The Town That Dreaded Sundown, a 1976 film that is considered a thriller over horror. Though, if you ask us, the horror is very much there.

The Town That Dreaded Sundown is inspired by a 1946 case known as the Texarkana Phantom Killer. While cases such as the Zodiac & Jack the Ripper have overshadowed the Phantom Killer, many in true crime consider this case to be just as terrifying and fascinating as the others. Here was an individual that had residents so terrified that men would sit up with shotguns to protect their sleeping families.

Here’s what you need to know about the case that inspired The Town that Dreaded Sundown. 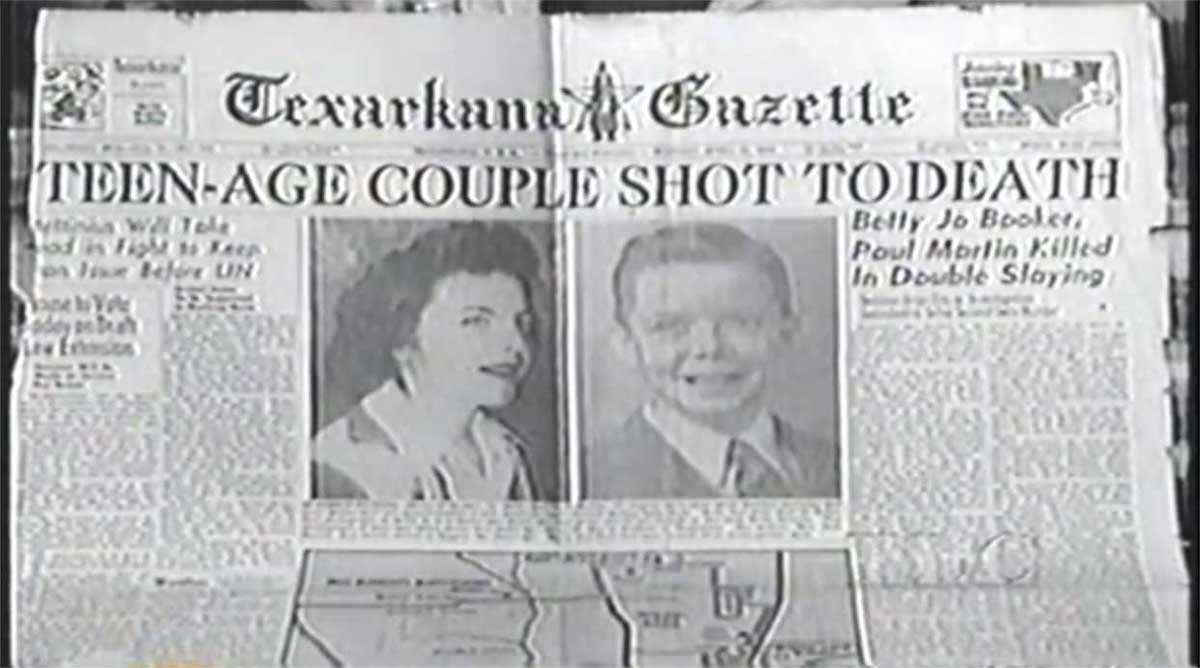 Texarkana, at the time, was not a very safe place to live. In fact, crime was so high in the area that straddled the border between Texas & Arkansas that it earned the nickname “Little Chicago”. Crime rate aside, people were living it up in the aftermath of World War II. The boys were home from the war. Families were together and love was in the air.

The Phantom Killer had a pattern. He would attack on weekends, focusing on young couples in their cars. His first attack on Jimmy Hollis & Mary Larey left them both alive but injured. His second attack, however, saw him claim the lives of Richard Griffin & Polly Anne Moore. His third attack claimed the lives of Paul Martin & Betty Jo Booker. His final attack saw the death of Virgil Starks, though Starks’ wife, Katie, survived. 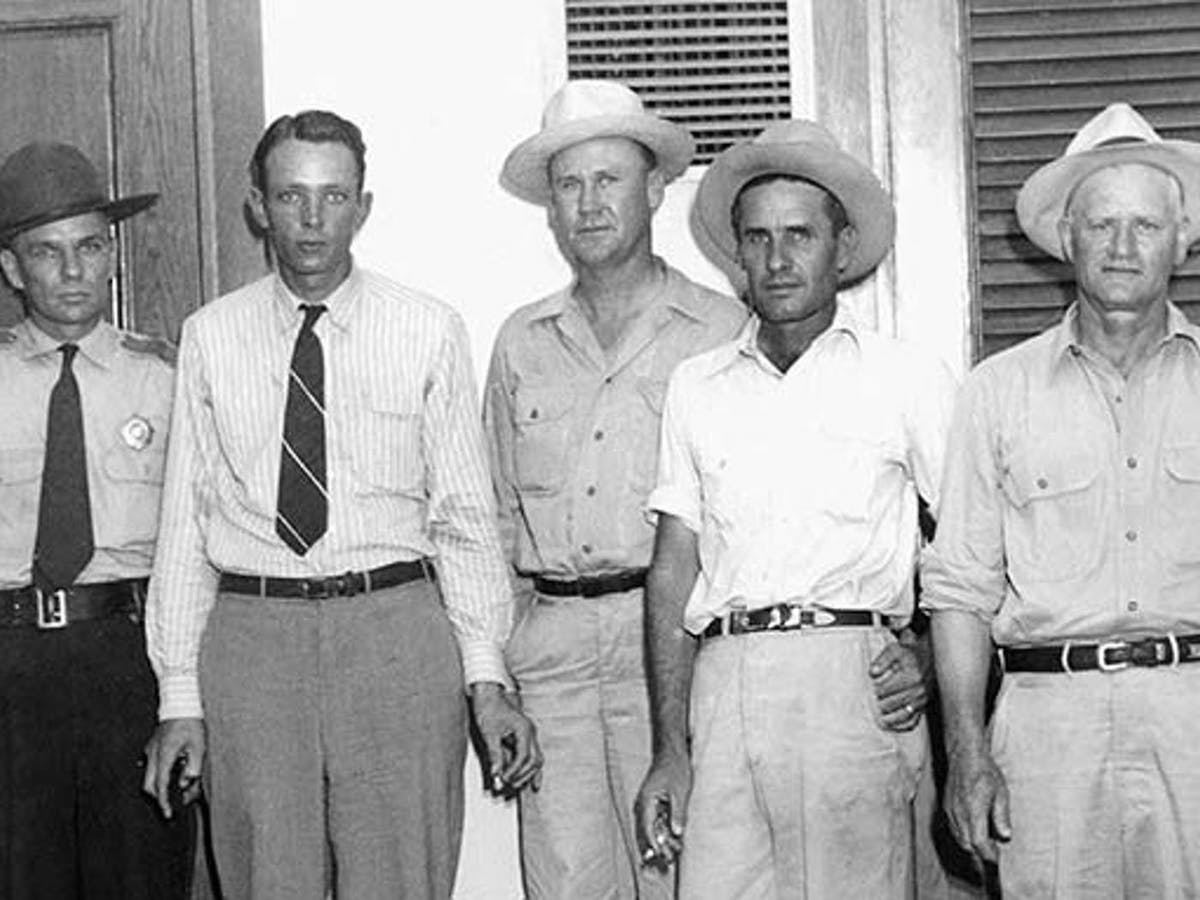 Who is the Phantom Killer?

As we said before, the Phantom Killer has never been caught or identified. There are suspects, of course. But the title of the film The Town that Dreaded Sundown, based off these killings, is very on the nose. People were terrified. If someone’s husband or father was out of town, families would pile into the nearby hotel, needing the safety in numbers. People stayed awake, prepared to fight the killer if he came to their homes.

The Texas Rangers were called in. Police even tried to entice the killer into attacking them by dressing up and pretending to be on a date. After his final attack on the Starks in May 1946, the Phantom Killer disappeared, much like a ghost. While there has never been a formal arrest in the case, many believe that petty criminal Youell Swinney was the Phantom Killer.

Swinney was caught stealing cars where he made incriminating statements about being a murderer. His wife, Peggy, said that she was there when her husband killed the Booker-Martin couple and described it in detail. She, however, refused to testify against her husband. No charges were ever filed on Swinney, but many connected to the case – whether by working on it or writing on it – believe he was the killer.

How accurate is The Town that Dreaded Sundown?

You can’t see us, but we’re wiggling our hands back-and-forth in that “iffy” gesture over the accuracy of the film. Some of the details from the case are there, but the filmmakers took a lot of liberties for the movie in terms of timeline & accuracy. So while based on the Phantom Killer’s crimes, it’s more about the terror the killer invoked in his victims and throughout the town.

Plus, The Town that Dreaded Sundown had several controversies surrounding the film. The tagline of the film said that the killer is still lurking in the area, which was not true, as, by that point, he would have been dormant for about 30 years. Mark Melton Moore, Polly Anne Moore’s, brother went to court over the depiction of the character based on his sister in the film. 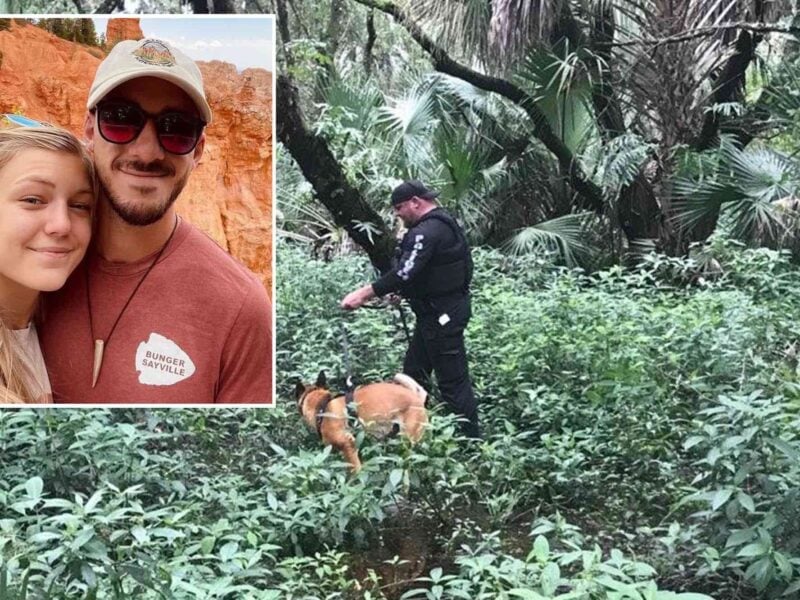