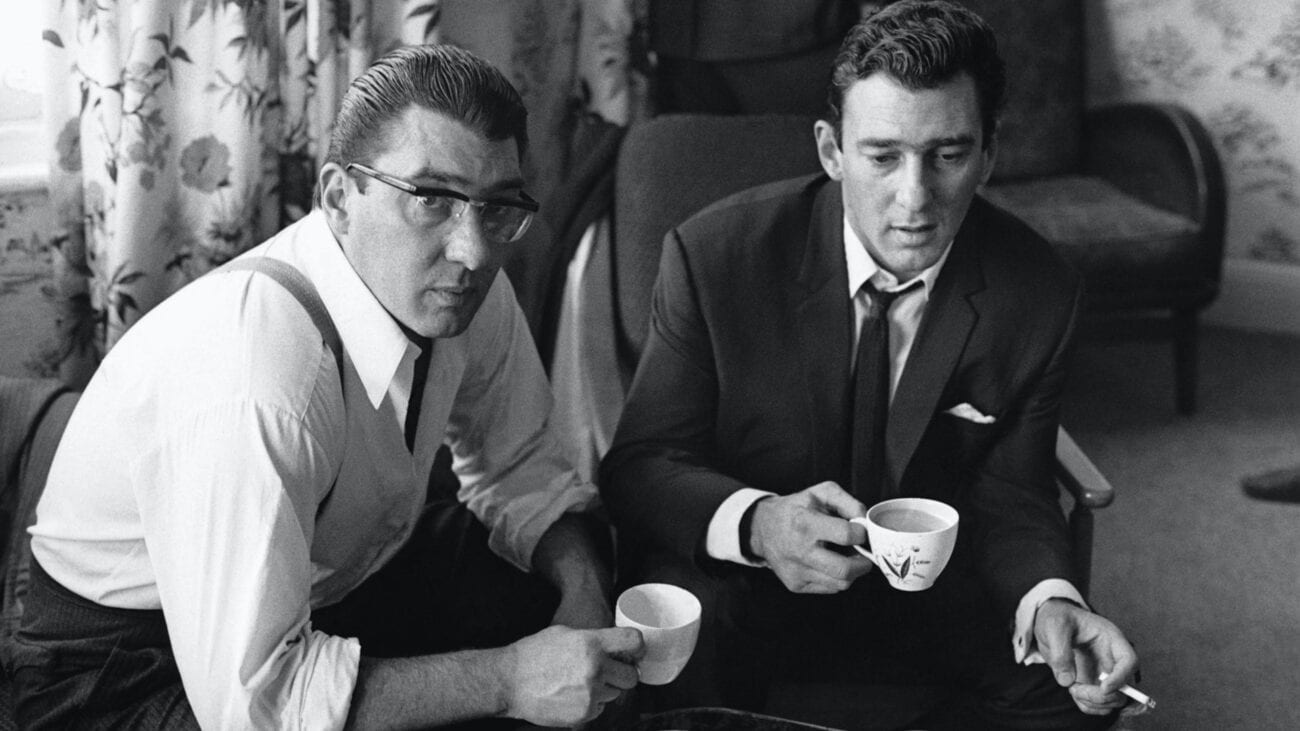 The Kray twins were a pair of British gangsters who ran “the Firm”, one of the most well-known crime organizations in history. Throughout the 50s & 60s, the Kray twins were responsible for racketeering, money laundering, and murder. At the time, they lived the life of pop culture celebrities, spending their days with famous politicians & artists.

Ronnie & Reggie Kray were born on October 24th, 1933. Their life of crime started at an early age and never relented. They lived to the ages of sixty-one and sixty-six, respectively, and the twins spent most of the last three decades of their lives behind bars.

The Krays have inspired countless gangster dramas in literature & film. Actor James Fox met with Ronnie Kray to prepare for the 1970 film Performance. More recently, the Kray twins were the subject of a two-part biopic. The Rise of the Krays released in 2015 and was followed up the next year with The Fall of the Krays. To this day, the Kray twins have maintained their celebrity status. 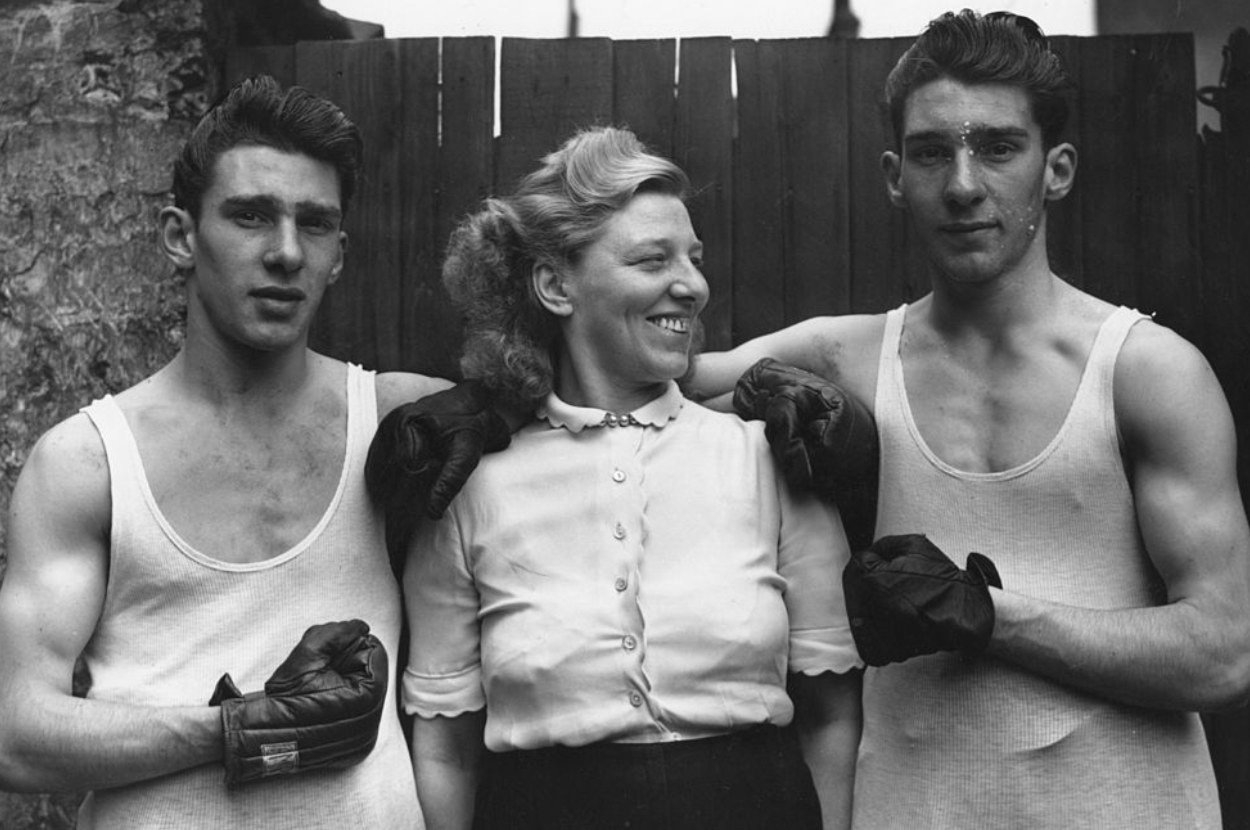 The Krays began their criminal careers in 1952. At eighteen, both boys were called to do National Service in the British Army. They reported for duty after the call, but both attempted to leave their military depot within minutes. When a corporal tried to stop them, the Krays beat him and returned to their home in the East End of London. They were arrested the next morning and returned to the army.

Several months later, the Krays went AWOL again. While out from the military, the two were arrested shortly after they assaulted a police constable. They were briefly held in the Tower of London before being convicted and sent to jail in Canterbury, Kent. Jail did nothing to subdue their appetite for criminal activity.

They frequently fought with other inmates and occasionally assaulted guards. They set fire to their bedding and reportedly dumped a latrine bucket on one of their jailers. At one point, the Kray twins managed to team up on a guard, beat him, and escape. They were quickly recaptured and transferred to a civilian prison to serve out the rest of their sentence. 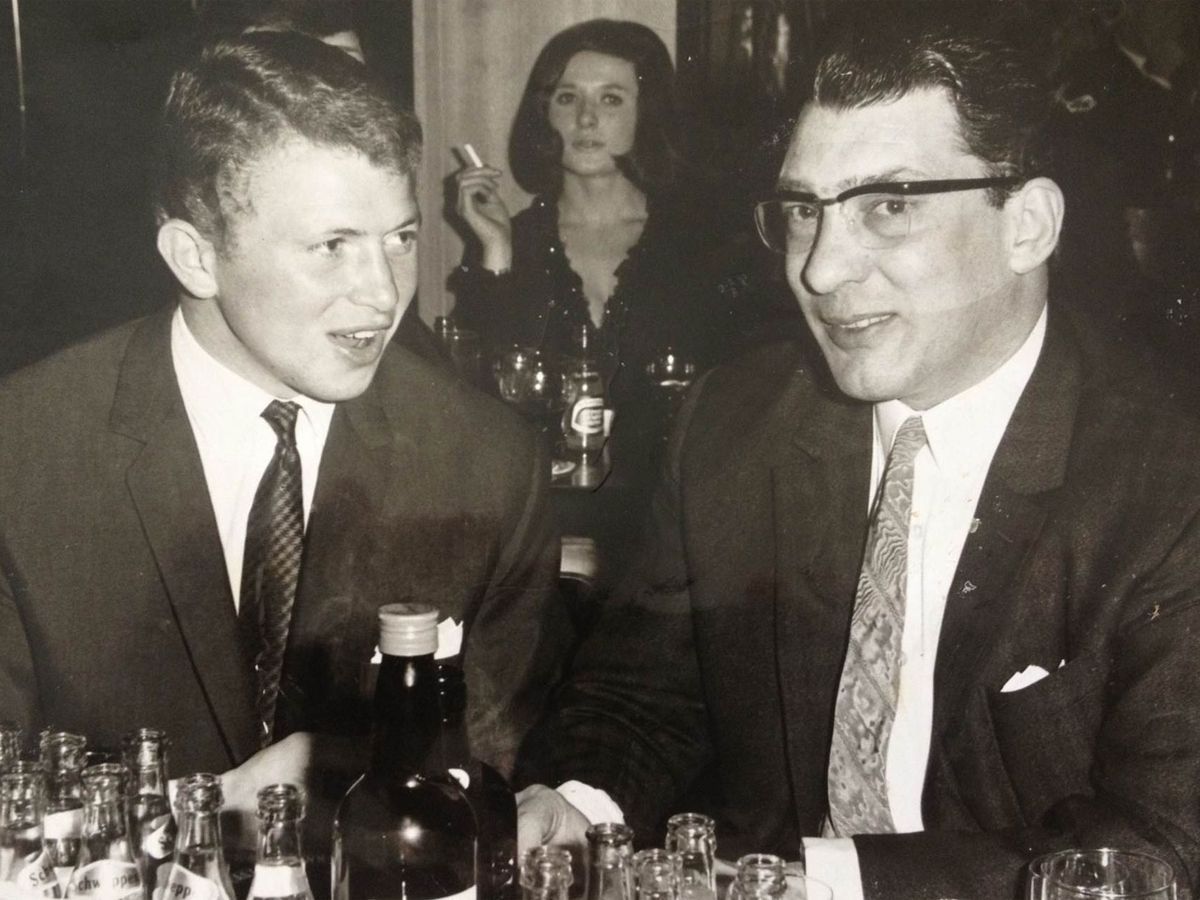 After being released from prison, the Krays bought a pool hall and started running protection rackets out of it. They used their money from the racket and other criminal enterprises – mostly hijacking & robbery – to buy up a handful of clubs in London’s West End. Eventually, they purchased Esmeralda’s Barn, a high class nightclub that gave the Krays broader opportunities & cover for their criminal activities.

Esmeralda’s Barn was frequented by government officials, artists, and celebrities. The Krays became familiar & friendly with people like Frank Sinatra, Judy Garland, and Diana Dors, who later attended the Krays’ mother’s funeral. Their celebrity status distinguished the Kray twins from other gangsters and helped obscure what was going on under the surface at Esmeralda’s Barn. 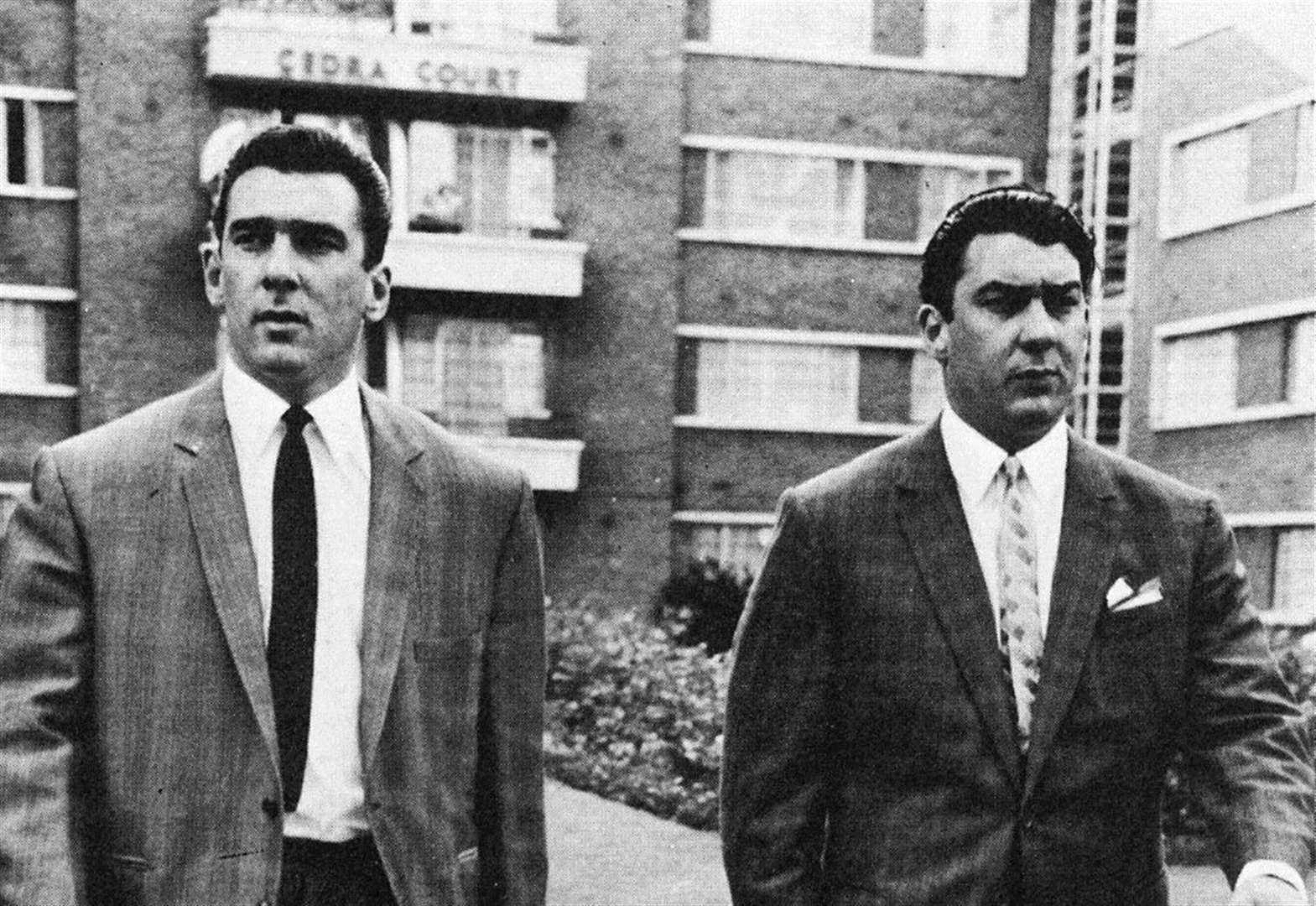 Throughout the late sixties, the Kray twins escalated their crimes from racketeering to murder. In 1966, they killed a member of a rival gang at a pub in Whitechapel, supposedly because he called Ronnie, an openly gay man, a homophobic slur. A year later, the brothers killed one of their own associates, Jack “the Hat” McVitie, after he failed to kill their own financial adviser.

At that point, Scotland Yard was building up a file on the Krays and their criminal enterprise, referred to as “the Firm”. In 1968, they arrested the twins and several of their associates. What followed were the longest murder trials in British history, but by the end of it, Ronnie & Reggie Kray were sentenced to life in prison.

In 1979, Ronnie Kray was certified as insane with a diagnosis of paranoid schizophrenia. He was transferred to Broadmoor Hospital in Crowthorne, Berkshire, where he remained until his death in 1995. Reggie spent the majority of his life in Wayland Prison in Norfolk. He was released in 2000 after being diagnosed with terminal bladder cancer. He spent eight-and-a-half weeks with his wife, Roberta, before passing away.