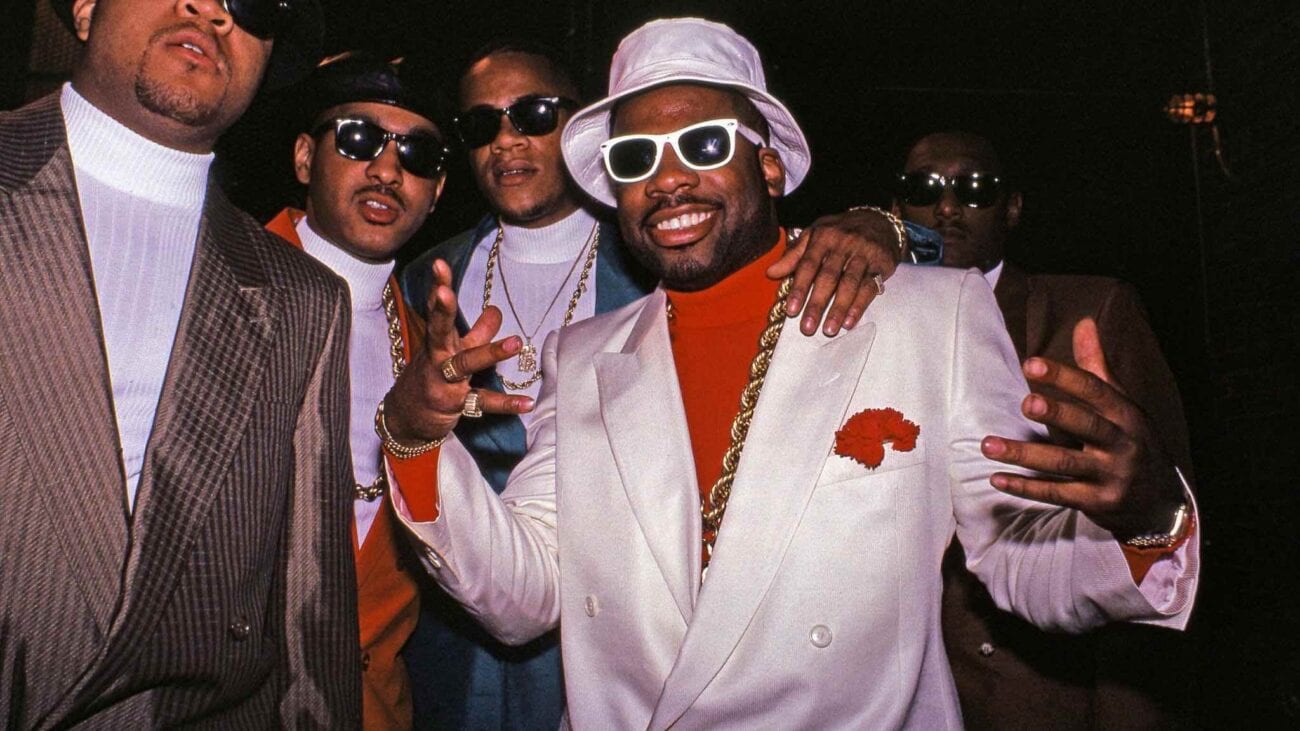 Cold case: Everything to know about the Jam Master Jay murder arrests

On Monday, announcements were made about the unsolved 2002 killing of Run-DMC’s Jam Master Jay. According to city & federal authorities, Ronald Washington & Karl Jordan Jr. were charged with murder while engaged in drug trafficking in a ten-count indictment unsealed in the U.S. District Court in Brooklyn.

This brings to a close the nearly two-decade-long unsolved murder of the old-school DJ known offstage as Jason Mizell. Here’s everything you need to know about the cold case and arrests. 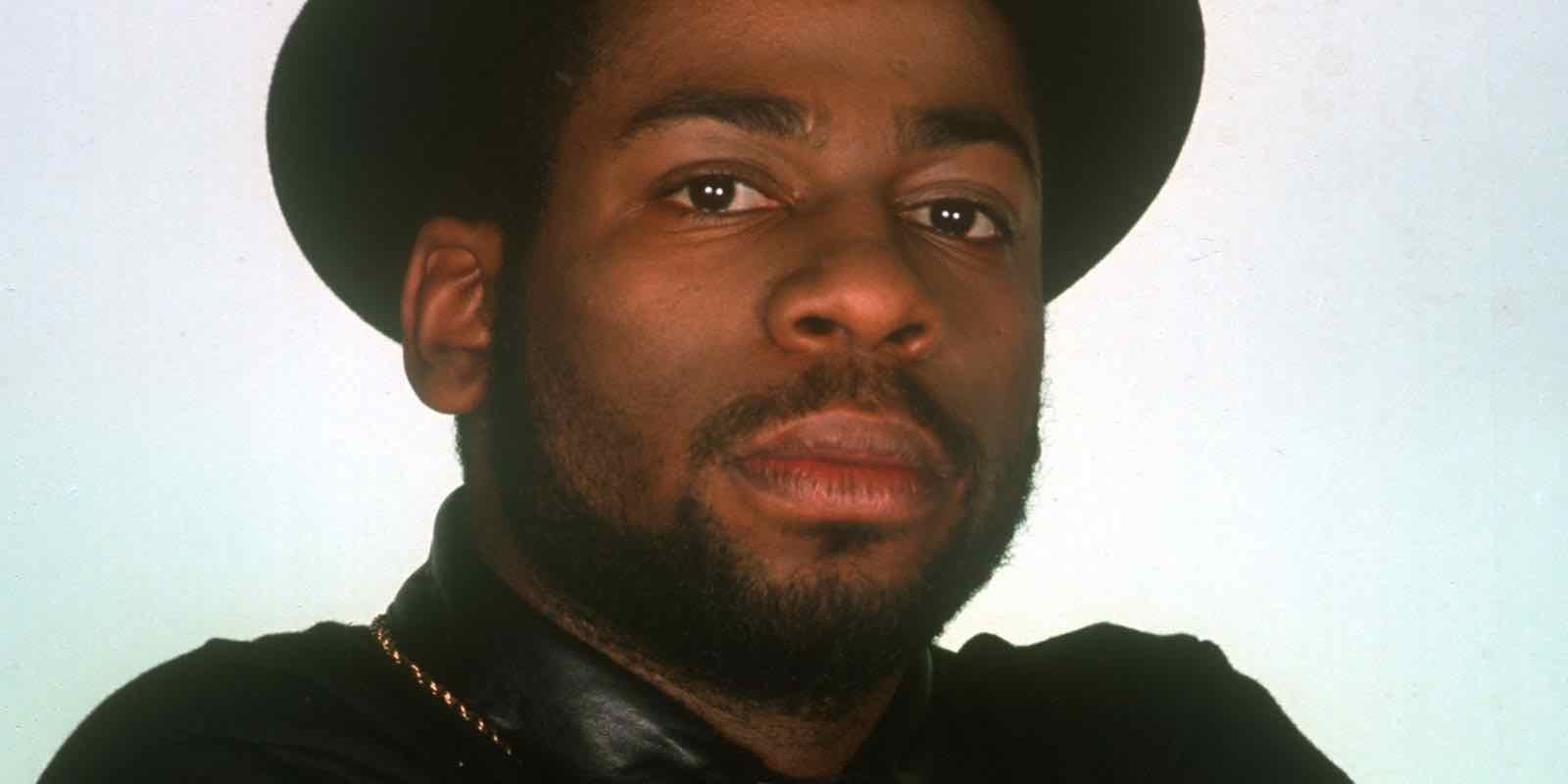 What happened during the 2002 murder?

Mizell was reportedly taking a break from producing a new record in the lounge of a second-floor studio in Jamaica, Queens. He was playing a video game with (initially unidentified) Uriel Rincon. At around 7:30 pm, two men came through the downstairs door and split up, one remaining by the entrance and the other bursting in with a mask and shooting Mizell in the head & Rincon in the leg.

The killers had been unidentified for years, but theories existed about potential motives. Considering Run-DMC & Mizell’s rejection of the high-risk hip-hop lifestyle perpetuated by other rappers in the industry, authorities were stumped. At one point, police looked into the possibility it could have been an effort to exact revenge on Mizell’s protégé 50 Cent – but this theory was later discounted. 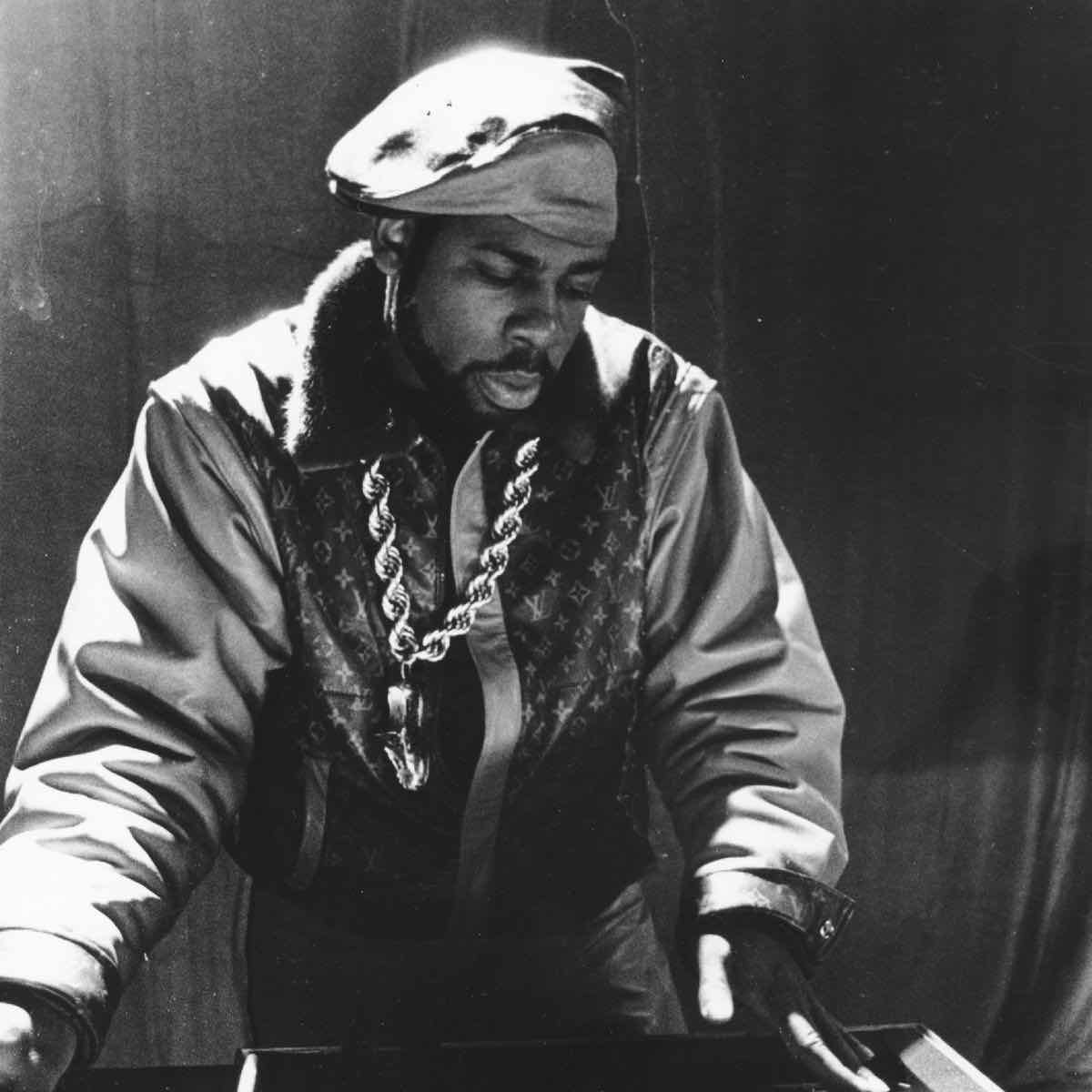 In court filings unsealed on Monday, it was revealed Washington & Jordan had “executed” Mizell after he planned to exclude them from a “multi-kilogram, multistate narcotics transaction”, a recent procurement of ten kilos of cocaine to Mizell from a Maryland supplier.

The papers went on to say Washington & Jordan were supposed to be involved in the deal, but Mizell excluded them after an unknown dispute and planned to make the sale on his own. 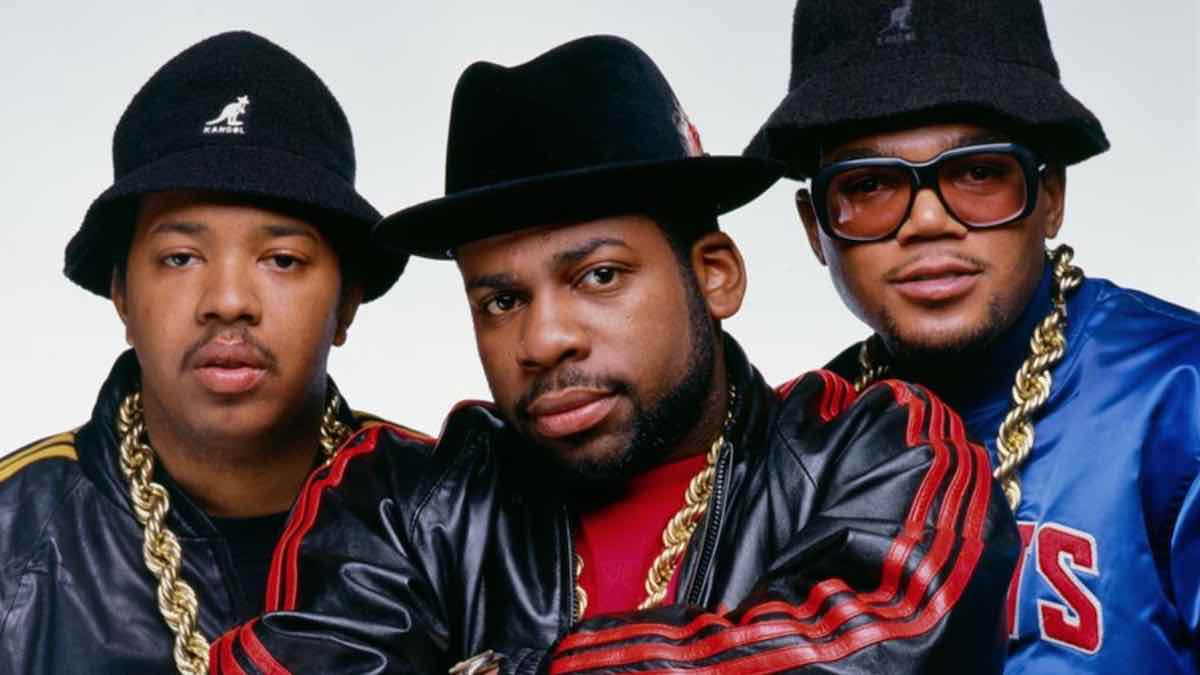 Jordan & Washington are each facing a minimum of twenty years if convicted. Jordan pleaded not guilty at his arraignment Monday afternoon and Washington is expected to be arraigned later this week.

Officials first looked into the possibility of Washington’s involvement after he was convicted in a string of robberies following the events of the murder, but he was never seriously considered, according to Washington’s lawyer at the time, Susan Kellman.

Washington had also been a suspect in the 1995 slaying of Randy “Stretch” Walker, rapper & close friend of Tupac Shakur. Jordan had previously been charged with the attempted murder of Mizell’s nephew in 2003, but the case was dismissed when the nephew failed to cooperate with the police, according to law enforcement officials. 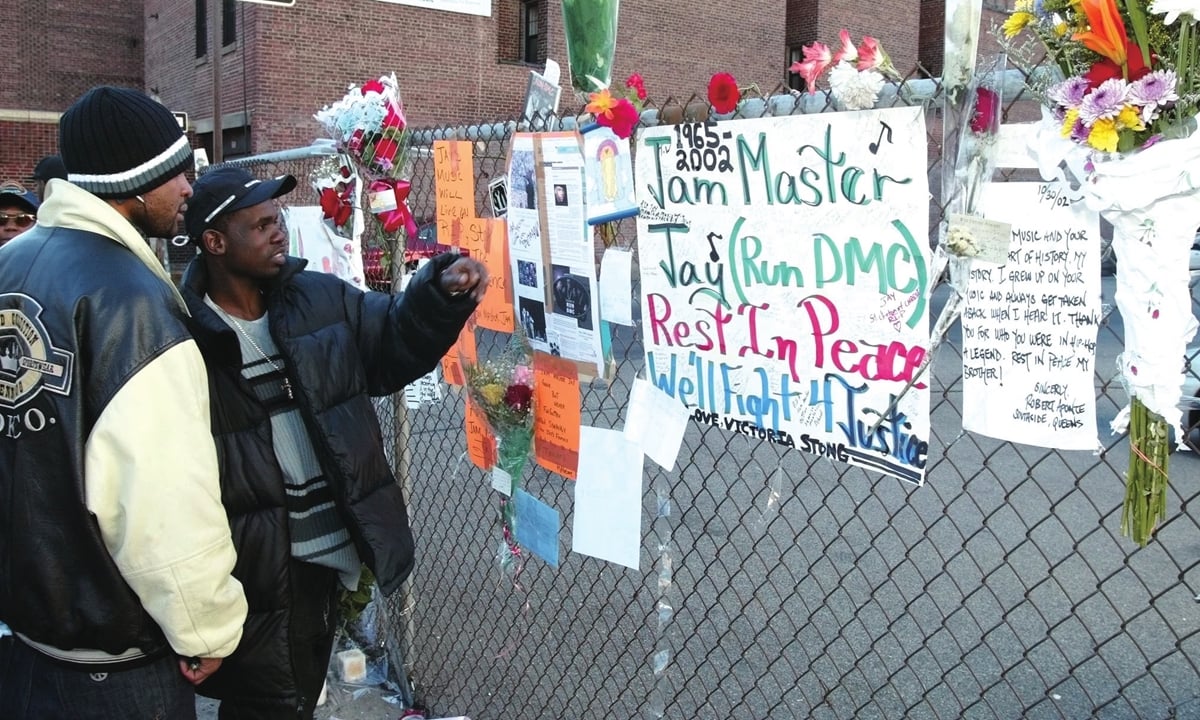 After the news broke of Mizell’s killing, shrines & tributes popped up on street corners and in barbershop windows around Queens. On the night of the murder, a crowd gathered outside the studio where Mizell was killed in a symbol of sorrow & pain for the community. Several highly regarded “rap royalty” were also reported to be in attendance.

Widely considered one of the first household names in rap, Run-DMC is credited for their deep influence on many different artists in the genre. Known for his process of scratching records – a technique that has since become commonplace – turntablist Mizell held equal standing within the group, even as a non-vocal performer. 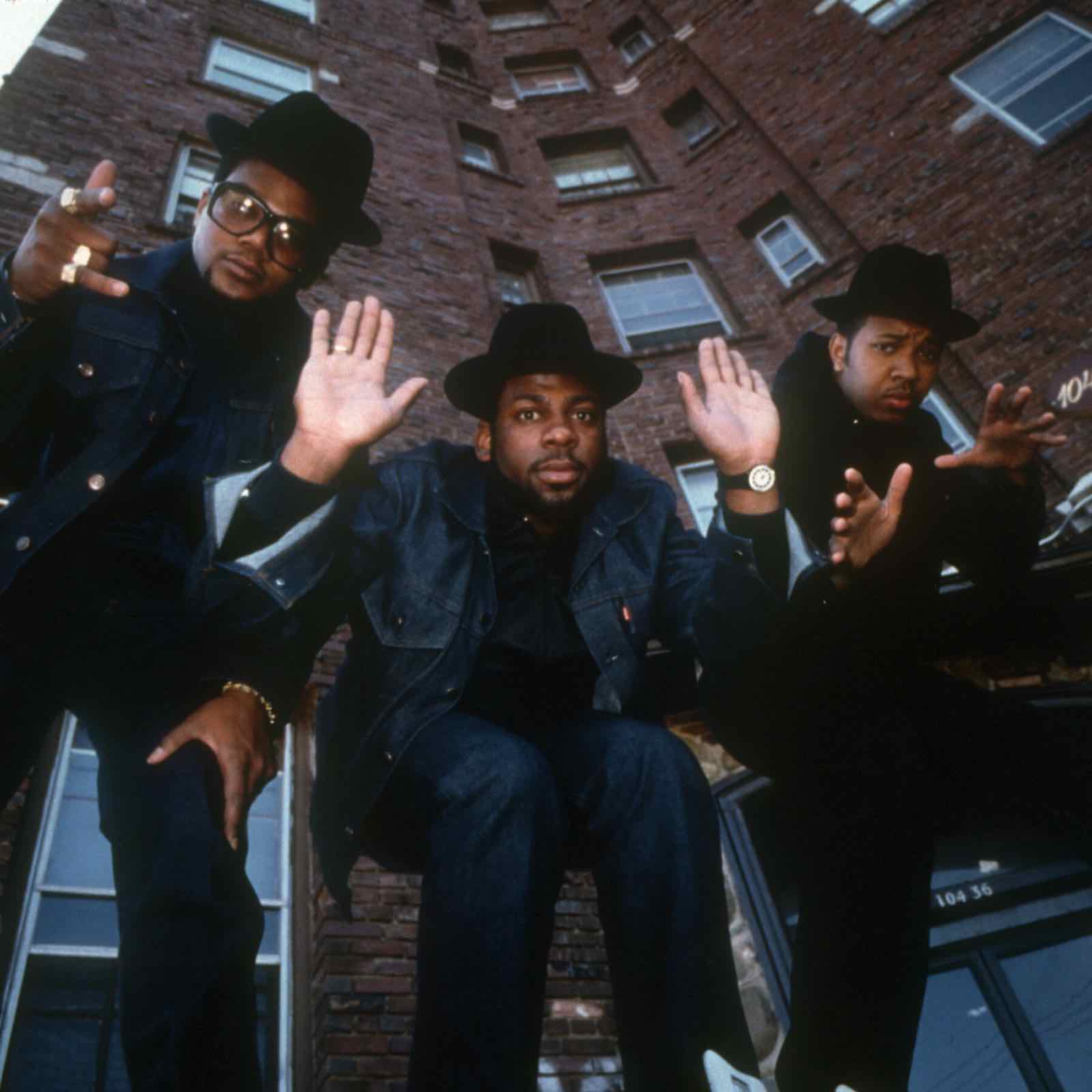 In the years before Mizell’s death, he reportedly embraced his role as an influencer & educator and took to working as a local talent scout, often listening to demo tapes from teenage rappers and offering them advice. In 2002, Mizell founded the Scratch DJ Academy, where he taught students his turntablism techniques.

Mizell is survived by his wife Terri Corley and their three children.