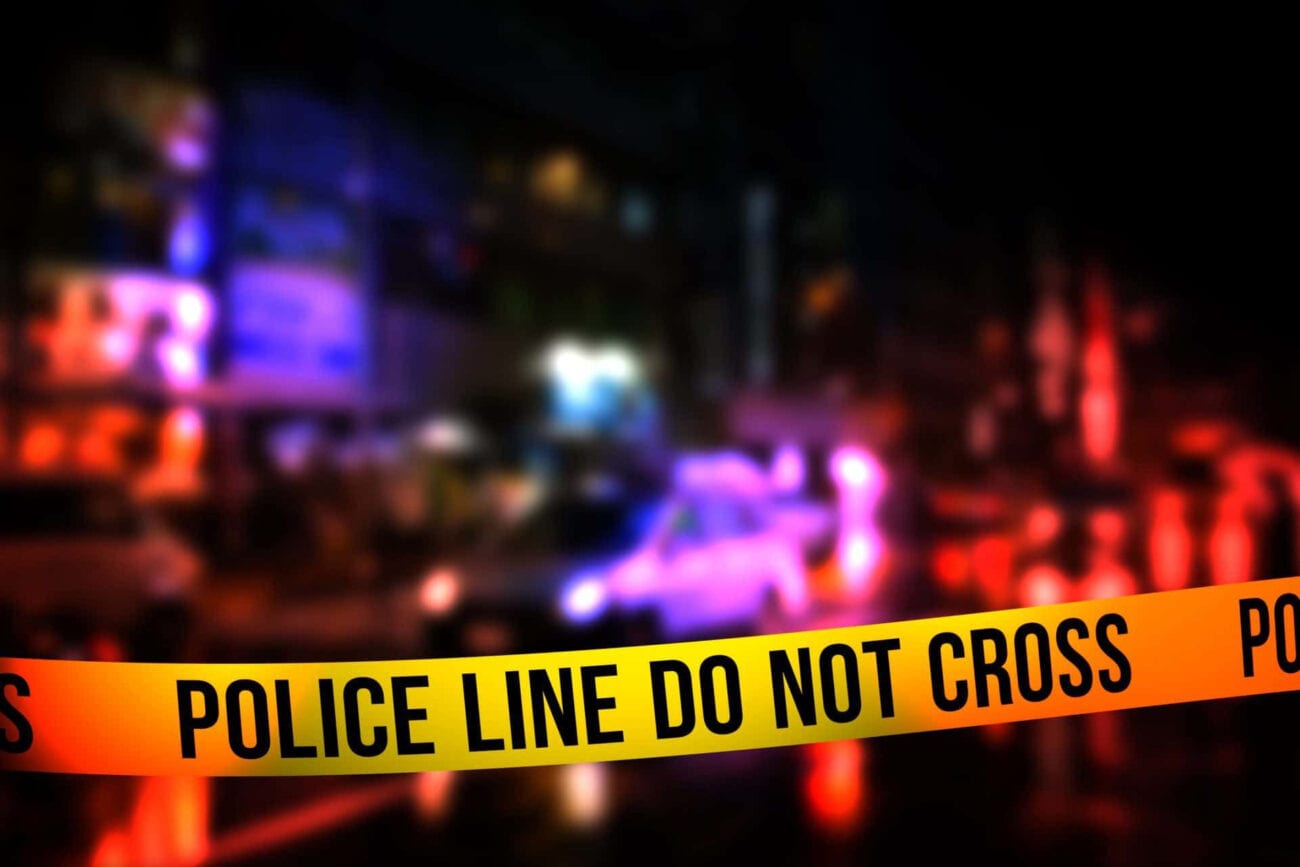 Fatal Facebook: Will you be lured in by this venomous true crime case?

This true crime case seems to be straight out of a To Catch a Predator episode. Sadly, instead of this ruse ending with Chris Hansen telling the would-be perp to take a seat and explain his actions before police tackle him when he walks back outside, it ends with a teenage girl’s death.

Ashleigh Hall was a teenager on Facebook who thought she met a cute teen boy. After chatting with him for a while, she decided to meet the boy in person. Only, the teen boy wasn’t a teen boy. His name was Peter Chapman, and he had a track record of assaulting teenagers.

Delve into this horrific true crime case with us, and discover how it shook Facebook’s reputation in the UK. 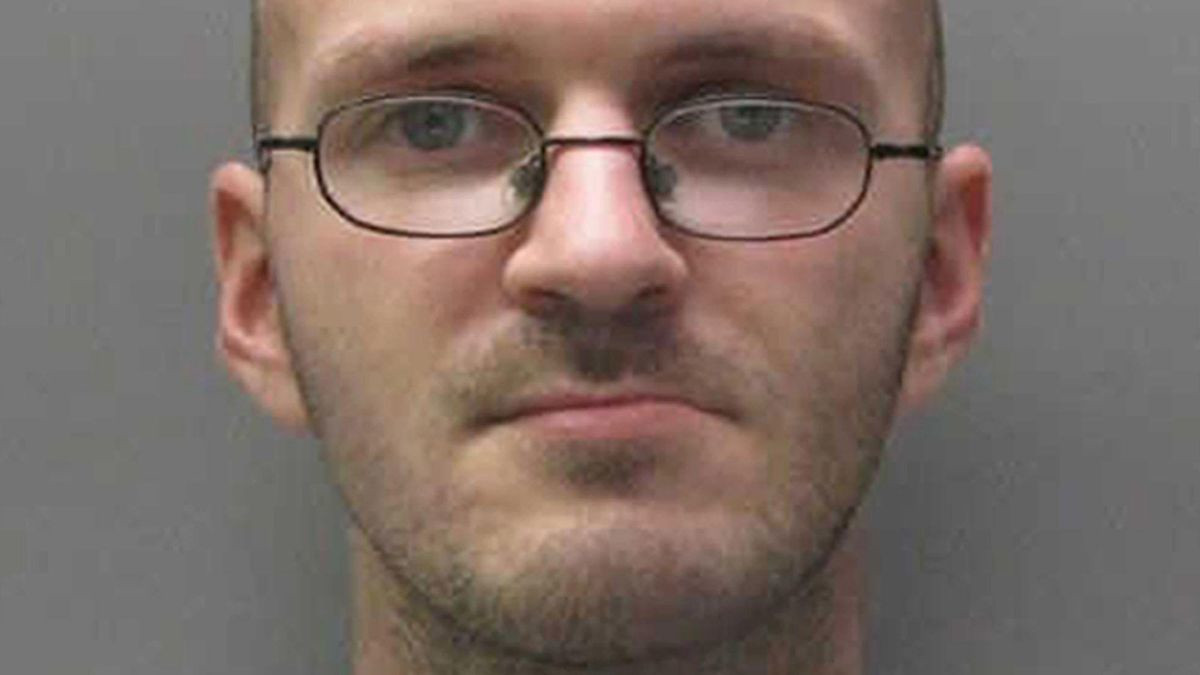 Peter Chapman was a boy from Stockton UK who was raised by his grandparents. He first appeared on the police’s radar when he was a teenager himself. When he was fifteen, he was accused of sexual assault and when he was nineteen, a friend went to the police and told them he raped her. Although both cases were dropped, he would later be convicted of two rapes and sentenced to seven years behind bars.

After he was released, Chapman became a drifter, sleeping in motels and sometimes out of his car. Either way, he was supposed to be monitored by Merseyside Police because of his criminal history as a sex offender. However, he had access to a computer & social media to lure Ashleigh Hall, and a later report revealed police could’ve stopped him before the murder – multiple times.

Chapman would masquerade as DJ Pete or Peter Cartwright while online. With these aliases, he racked up hundreds of friends, usually women between the ages of thirteen & thirty-one. In fact, Ashleigh wasn’t the first victim in his true-crime spree. He attempted to lure two teenagers beforehand. One agreed to meet in-person but saw Chapman sitting in his car before they met and ran away before he could grab her. 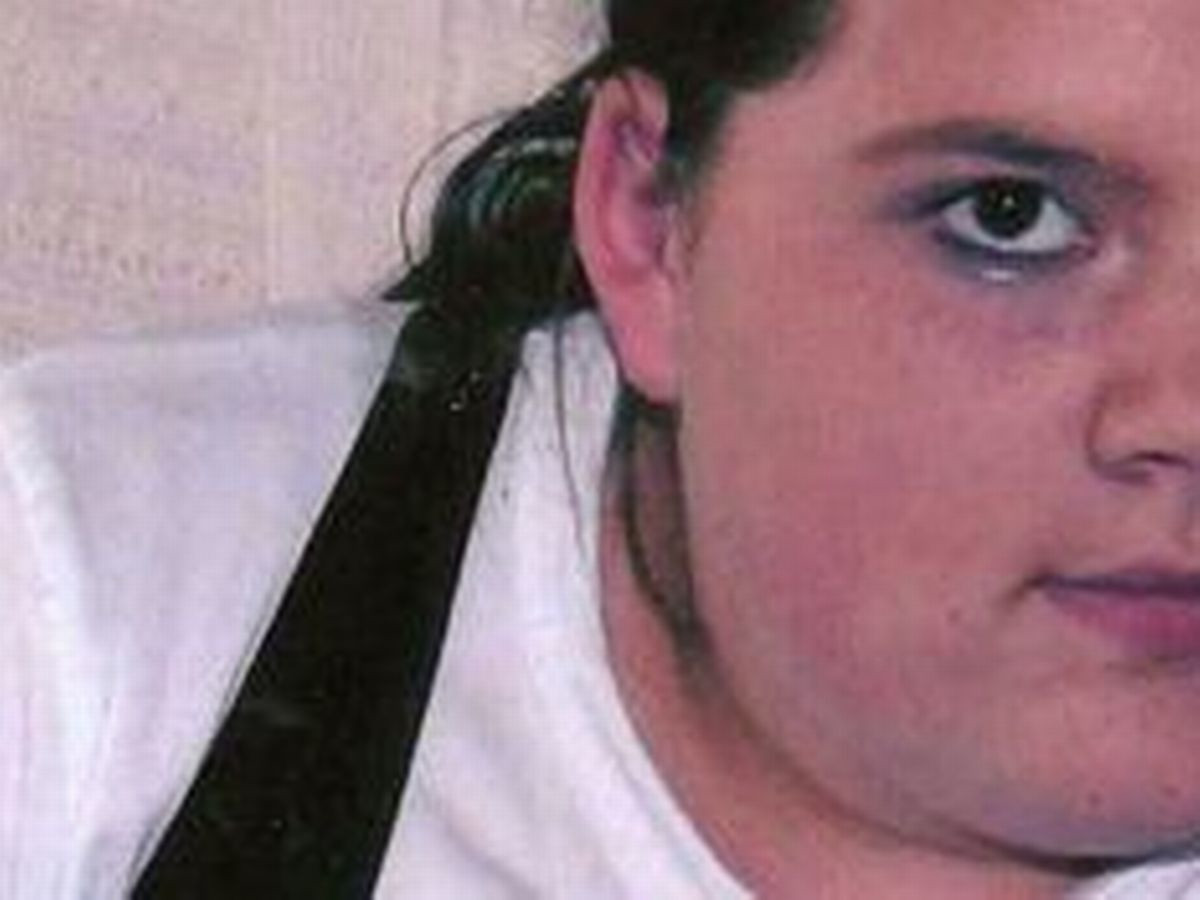 Ashleigh Hall was a well-liked girl at her school with a huge friend group. An executive from her former school, Eamonn Farrar, told the media “she was the nicest kid in the universe, you’d never meet a nicer kid”. Unfortunately, her kind spirit may have led her to befriend Peter Chapman without a critical eye. Per The Guardian, Chapman spent a long time grooming Ashleigh before they agreed to meet in person.

She told her mother she was going to stay at a friend’s house and Peter Chapman told her “his dad” would be meeting her to pick her up. “DJ Pete’s dad” would really be him. He learned from his last two true crime attempts that once his victims spotted his balding head in his car, they would know they’d been tricked and run away, so this was plan B of his ruse.

When Ashleigh hopped in his car, he drove her to a secluded location, raped her, and suffocated her with a bag around her head. He dumped the body and drove away. 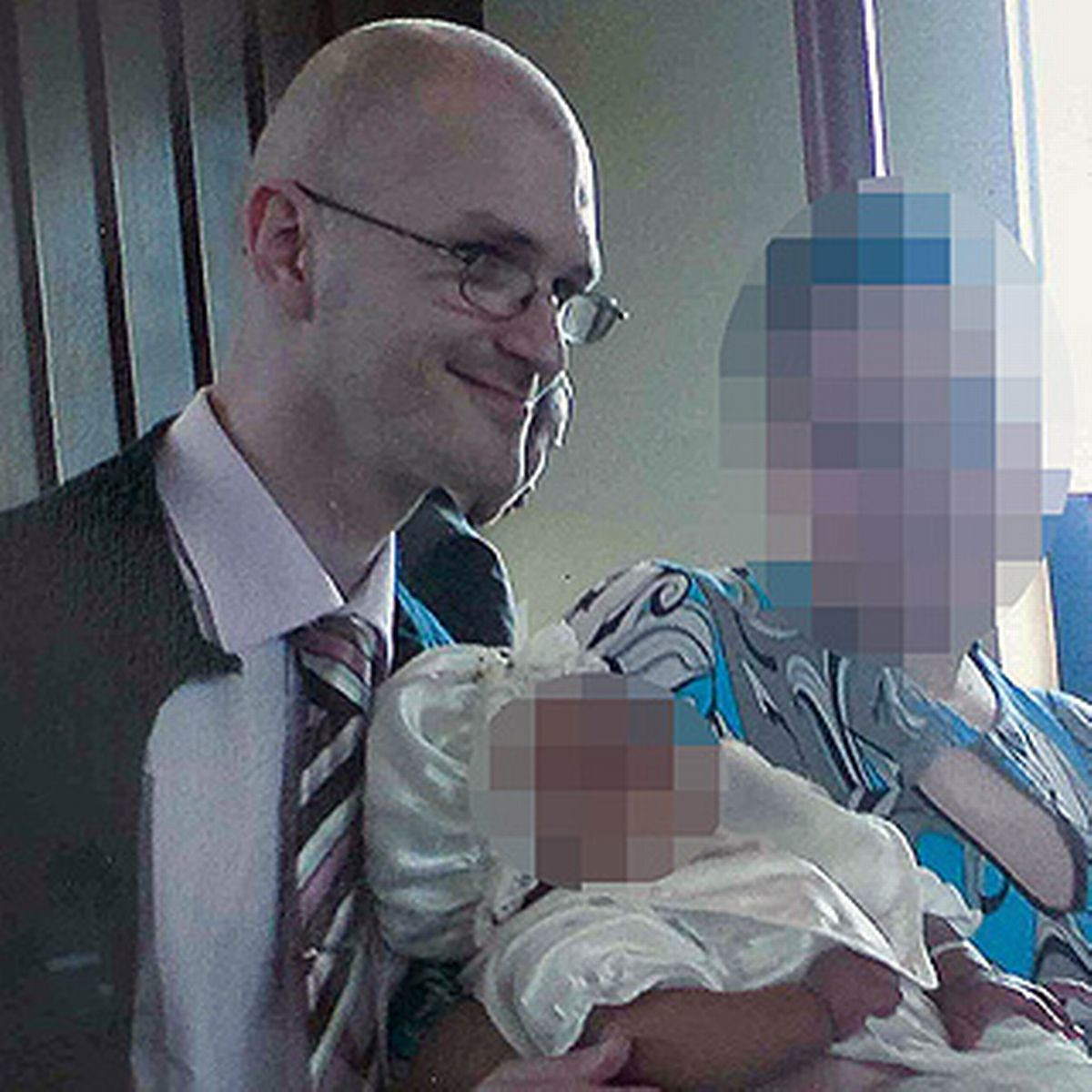 Fortunately, he was caught the following day on his way to ensnare another victim. While he was on his way there, police ran his license plate and alarm bells went off when they noticed he was a sex offender far away from home. They brought him in, when he immediately confessed to killing Ashleigh Hall, telling police he killed her during an argument.

“I killed someone last night”, he said on CCTV at the police station. “I need to tell somebody from CID where the body is. It hasn’t been reported yet.”

Peter Chapman was sentenced to at least thirty-five years in prison for the rape & murder of Ashleigh Hall. The judge who sentenced him said he orchestrated “an evil scheme, very carefully brought, and with considerable detail, to trap your victim.” After calling him “a very great danger to young women”, he told Chapman: “For what it is worth, I cannot foresee your release.” 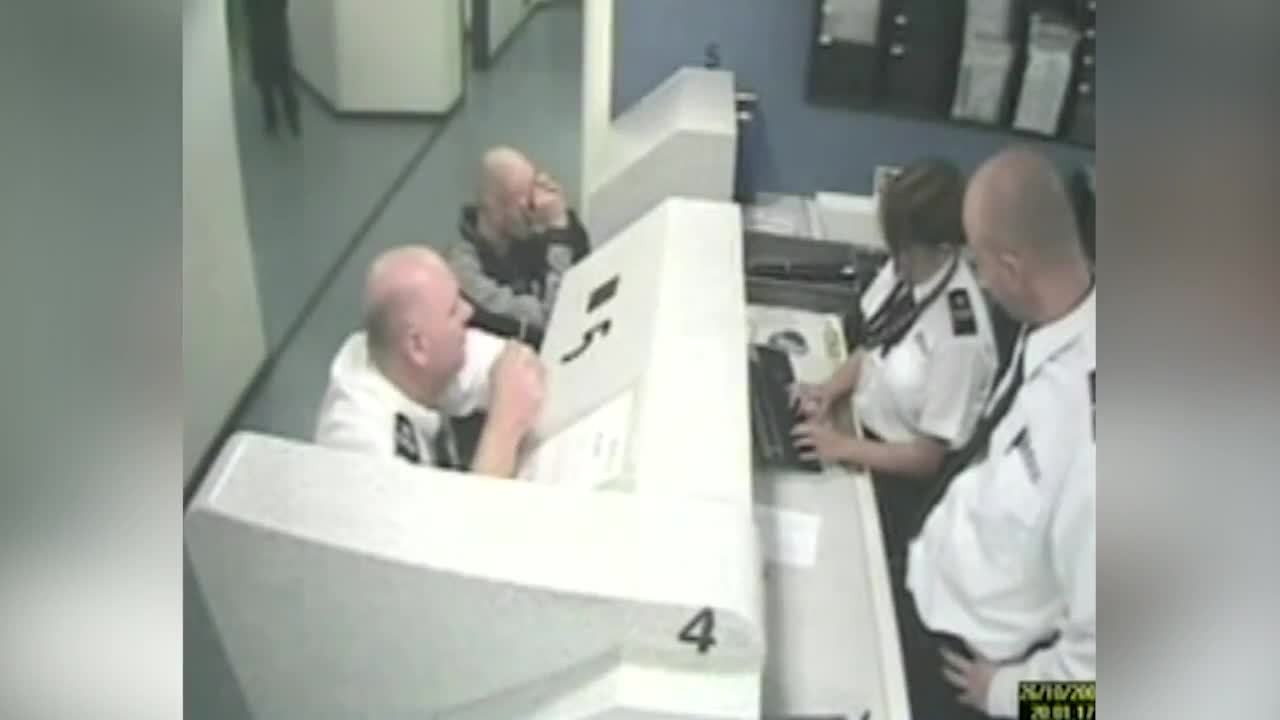 As news spread through the community, the true-crime story was met with fury – people were enraged that a known sex offender could easily ensnare a teen online. An investigation was conducted by the Independent Police Complaints Commission revealed that the head police officer in charge of watching Chapman hadn’t received training in how to monitor released sex offenders.

At the time of Ashleigh Hall’s murder, the UK’s Child Exploitation and Online Protection Unit had been petitioning Facebook to include a panic button on their site for children & teens in case they encountered a pedophile online. The button would reportedly allow the child or teen to reach a safety officer and alert authorities if they were being bullied, stalked, or targeted by a predator.

Facebook installed the button in July 2011, but it was too little, too late for Ashleigh’s mother, Andrea Hall. Outraged, she told The Daily Mail: “I’m appalled Facebook seemed keener on protecting the interests of perverts and pedophiles for so long, than ­safeguard the millions of kids who use its site.”