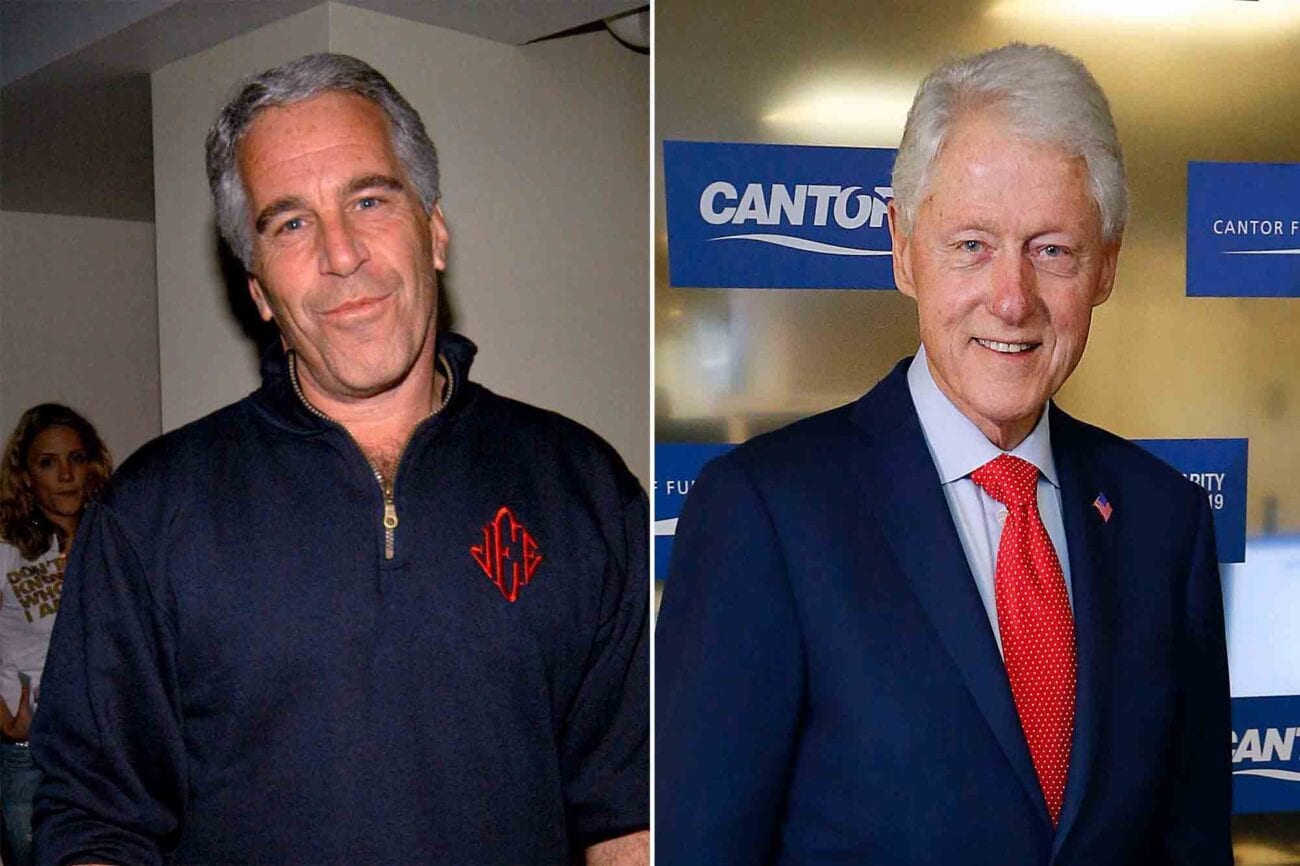 Bill Clinton photos: Do they prove he was close to Jeffrey Epstein?

Those who were once close to Jeffrey Epstein have been trying to distance themselves from the convicted sex offender for years. Despite best efforts, certain people’s names just keep popping up in relation to Epstein and Ghislaine Maxwell. As old documents, photos, and other evidence continues to add up, their claims of not ever having been more than acquaintances to Epstein and Maxwell ring hollow.

One of the people who just can’t seem to separate part of their image from Epstein is Bill Clinton. It’s known that Clinton (despite claims to the contrary) flew on the Lolita Express – Epstein’s private plane – 26 different times according to flight logs. Clinton claims he only flew on the plane four times.

Of course, having flown with Jeffrey Epstein so many times, people begin to wonder just how much Bill Clinton knew about Epstein’s proclivities & illegal behavior. Whether he knew anything at all is still up in the air, but some new images from 2002 have people raising their eyebrows. 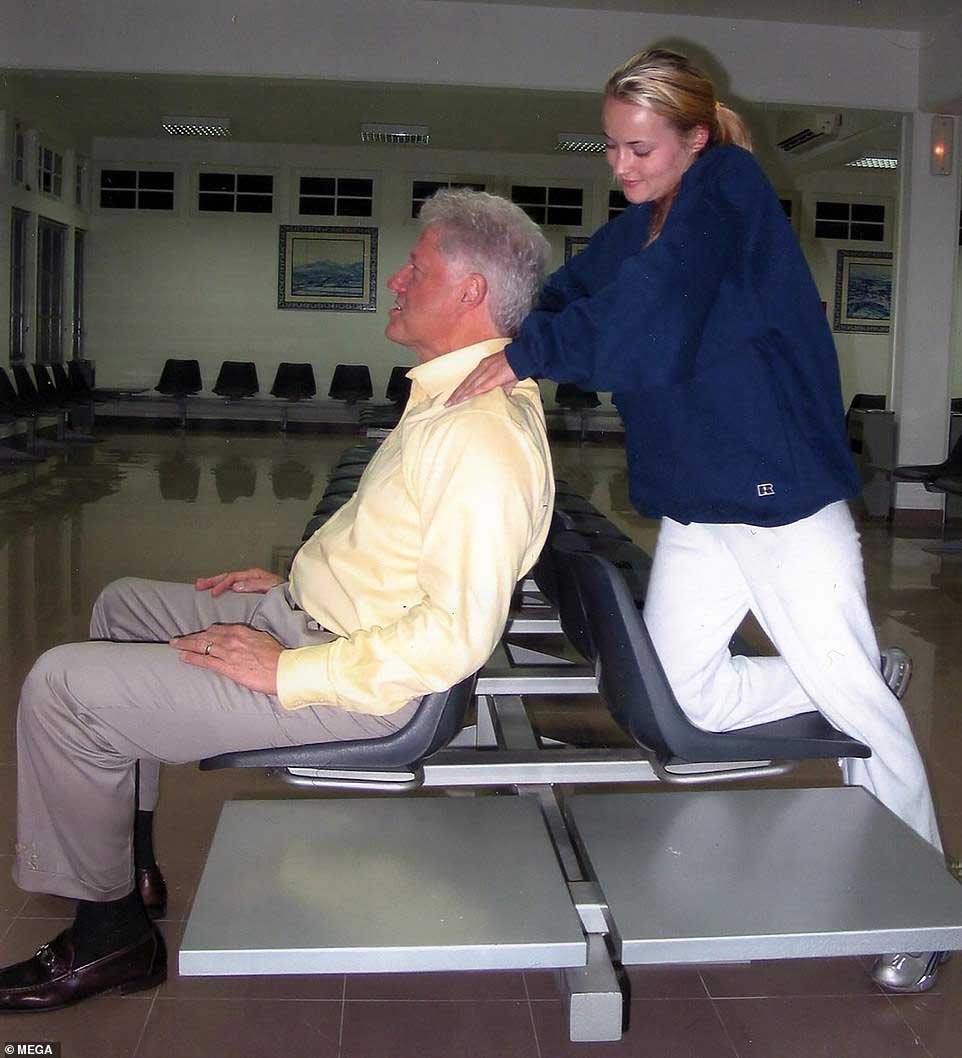 A couple of pictures of Chauntae Davies, one of Epstein’s victims, giving Bill Clinton a neck massage have surfaced. At the time Davies was 22 years old, and was brought along on a trip to Africa as Epstein’s “masseuse”. Many of the girls Epstein used as sex slaves – including the underage ones – were referred to as masseuses.

Apparently the explanation behind the images is that after falling asleep on the flight Clinton had complained his neck hurt while they were waiting for the plane to refuel. Maxwell, then informed Clinton that Davies was very good at giving massages. Clinton then asks the young woman, “Would you mind giving it a crack?” 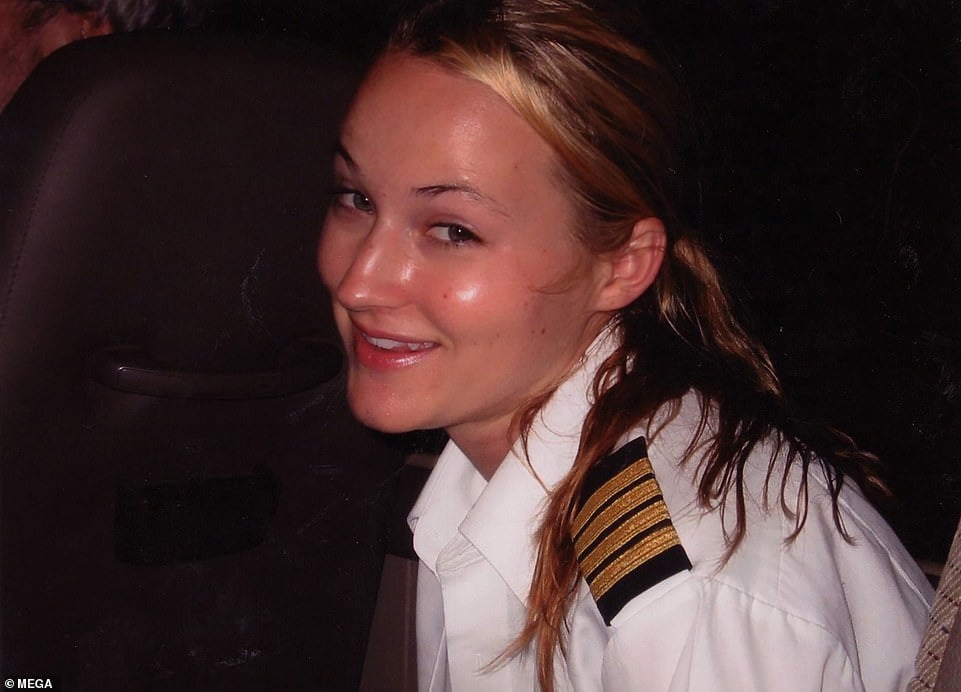 What Davies has to say

Davies has publicly accused Jeffrey Epstein of raping her, but has stated that Clinton was a “perfect gentleman” on the trip and that she “saw no foul play involving him”. She also described the former president as being “charming and sweet” while on the flight – Davies had also acted as the plane’s stewardess for the flight.

The way Davies explains what happened is that after Bill Clinton complained of a sore neck, “Ghislaine chimed in to be funny and said that I could give him a massage. Everyone had a little chuckle, but Ghislaine in her prim British accent insisted and said I was good. The President then asked me ‘would you mind giving it a crack?’” 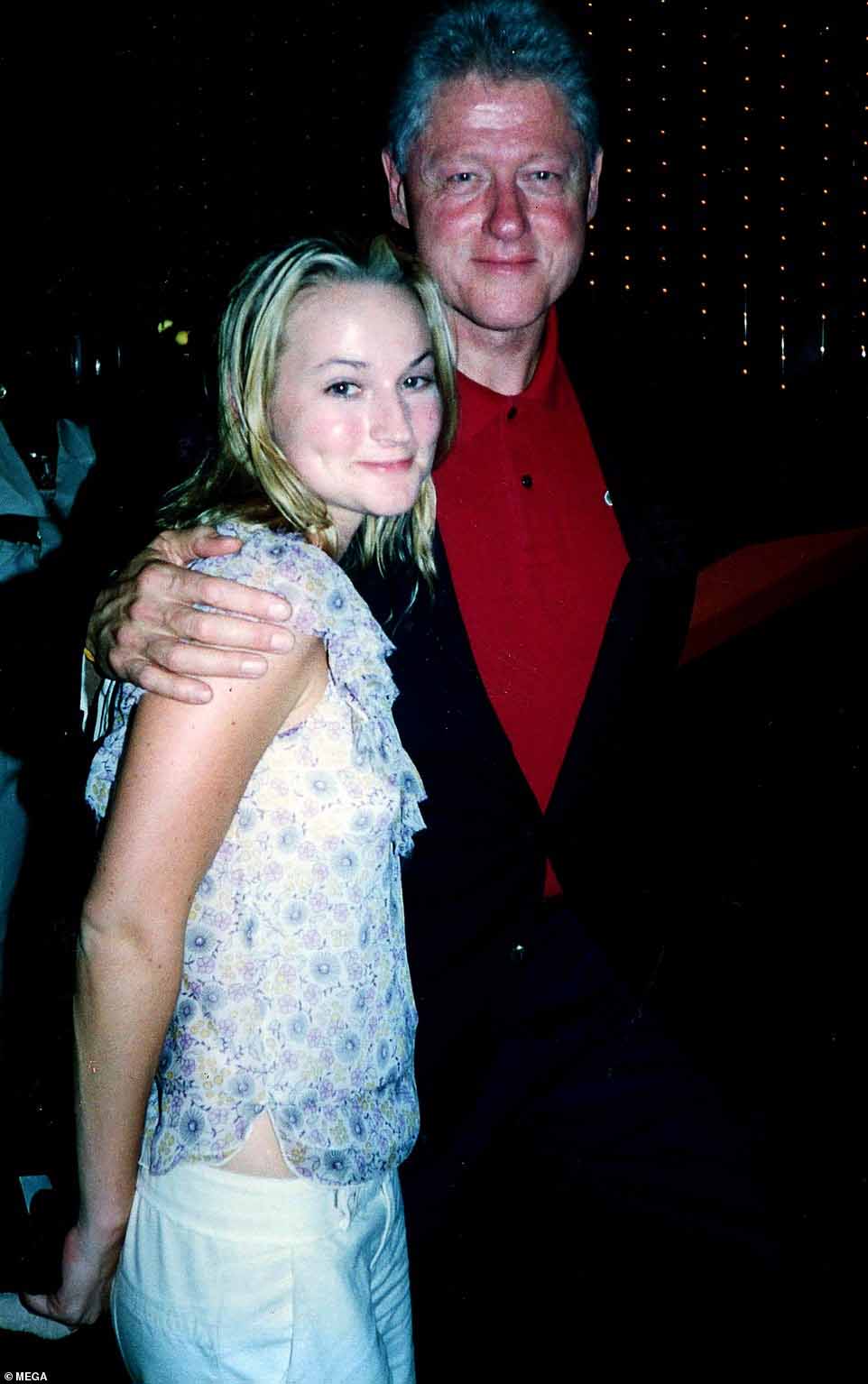 Chauntae Davies went on to say that the situation became slightly more racey after she accidentally put her foot in her mouth. She says she had begun to rub his shoulders when she groggily & without thinking said, “I’ve got a bad angle, would you mind getting on your knees?”

After a moment of silence and Clinton’s face turning bright red, the room laughed and the former president sat down to allow Davies to perform the massage better. 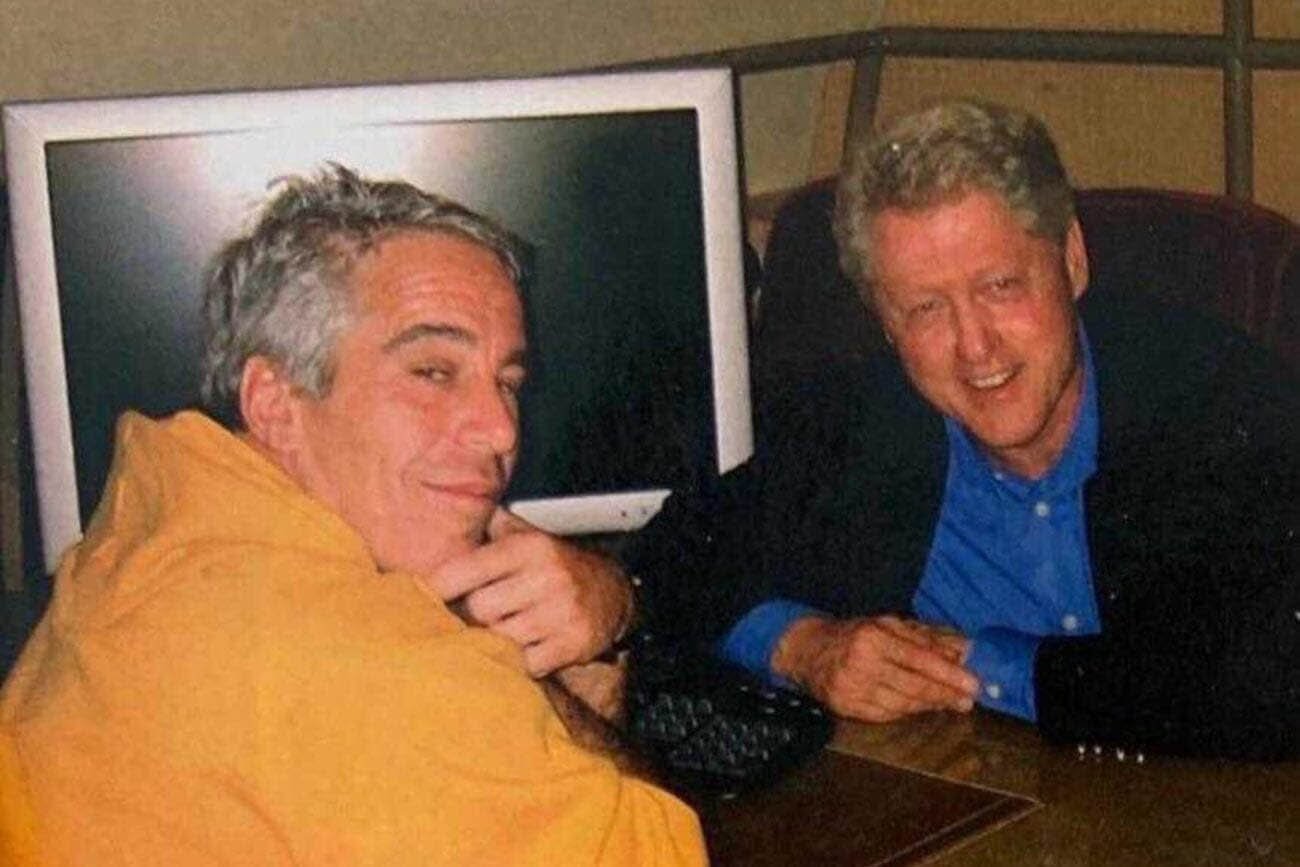 These photos don’t prove Clinton was aware of Jeffrey Epstein’s atrocious and illegal sex ring, but it does seem to hint at a friendship more comfortable than he’d like to publicly admit to. After all, who travels from New York all the way to Africa with people they don’t like?

The truth of the matter is that Clinton and Epstein did spend time together, travel, and attend some social events. Clinton can deny it, but there’s proof like these massage pictures and the Lolita Express flight logs all around.

It’s entirely possible Epstein kept Clinton in the dark about his dark and heinous acts, but it’s also understandable as to why some people are a little skeptical about that notion.