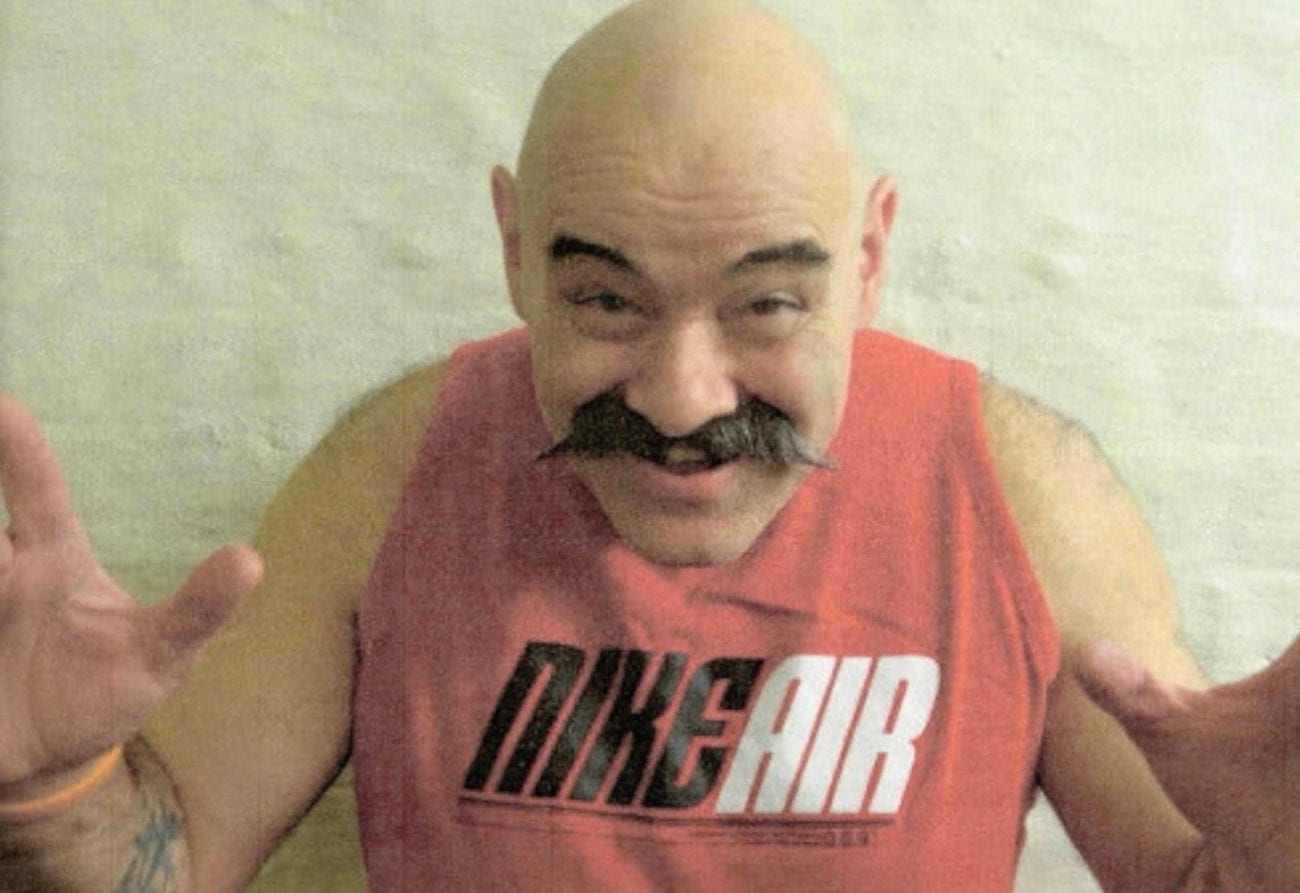 If you heard the story of Charles Bronson, you’d be deeply confused as to how this guy is possibly the UK’s most dangerous prisoner. Originally born Michael Gordon Peterson, Bronson has lived his life in and out of prison for a variety of crimes. But nothing compares to the attacks on his fellow prisoners while in prison.

Initially arrested for armed robbery in 1974, Bronson was set to spend his seven year sentence in HM Prison Liverpool. But Bronson wasn’t released until 1987. What happened in those 13 years that got his prison sentence extended? 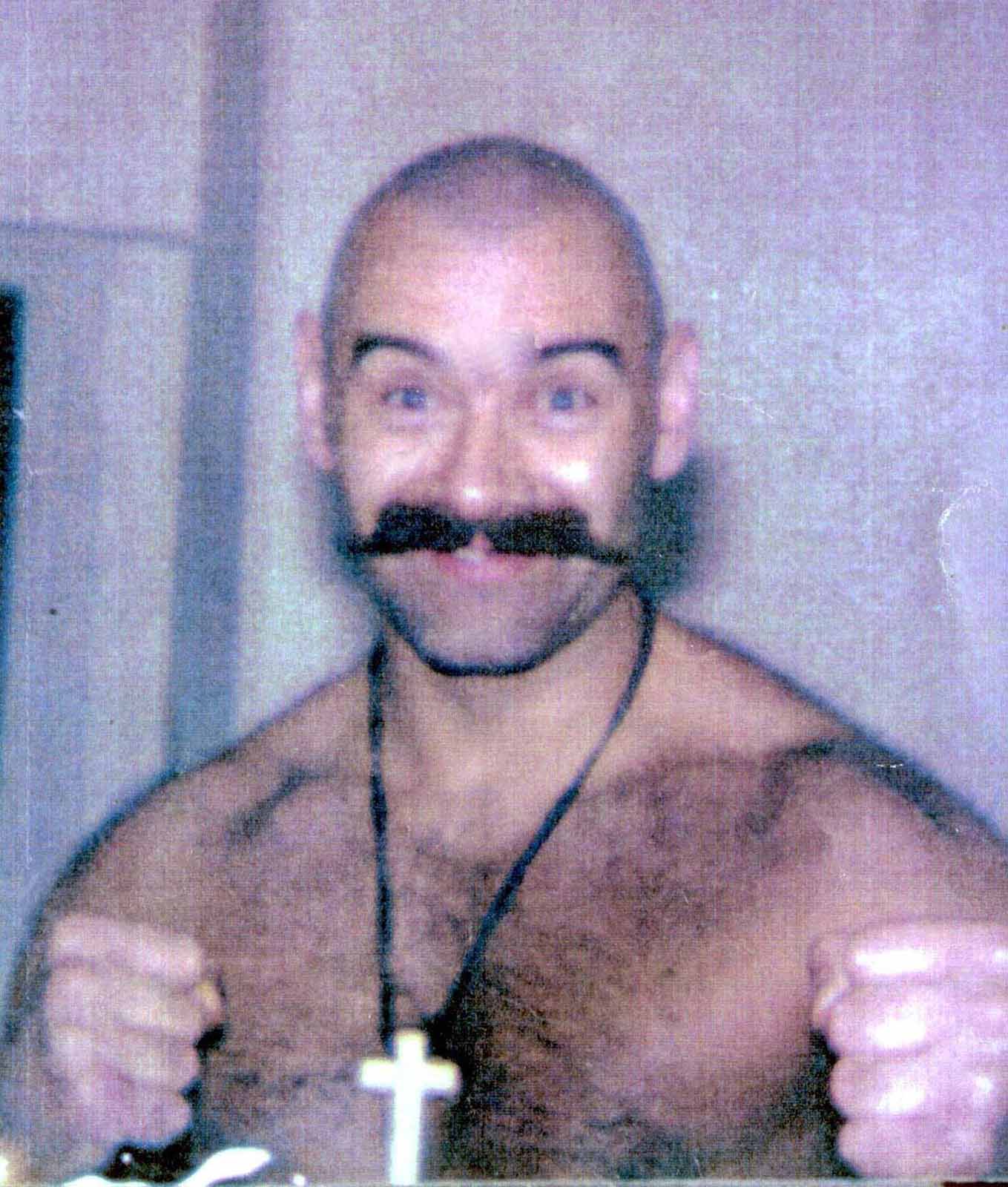 “I’m a nice guy, but sometimes I lose all my senses and become nasty.”

Within his first year at Liverpool, Bronson attacked two prisoners without being provoked. Landing himself on the punishment block, Bronson was eventually transferred to Hull in 1975. Of course, he didn’t end his violent tyrant yet. After refusing prison work, Bronson took out his anger from an argument by destroying a workshop.

That crime alone added six months to his sentence. Trying to sedate him, Bronson ended up violently ill thanks to being injected with chlorpromazine. But if you thought being injected with a sedative would fix things, you’re beyond wrong. Once he recovered, Bronson continued to be the most challenging inmate to staff.

Most notable of his rebellion was an attack on a fellow prisoner with a glass jug, forcing nine more months to his sentence once he was convicted. Bronson was eventually transferred on to Leeds, but not before spending the rest of his time at Hull in solitary confinement. 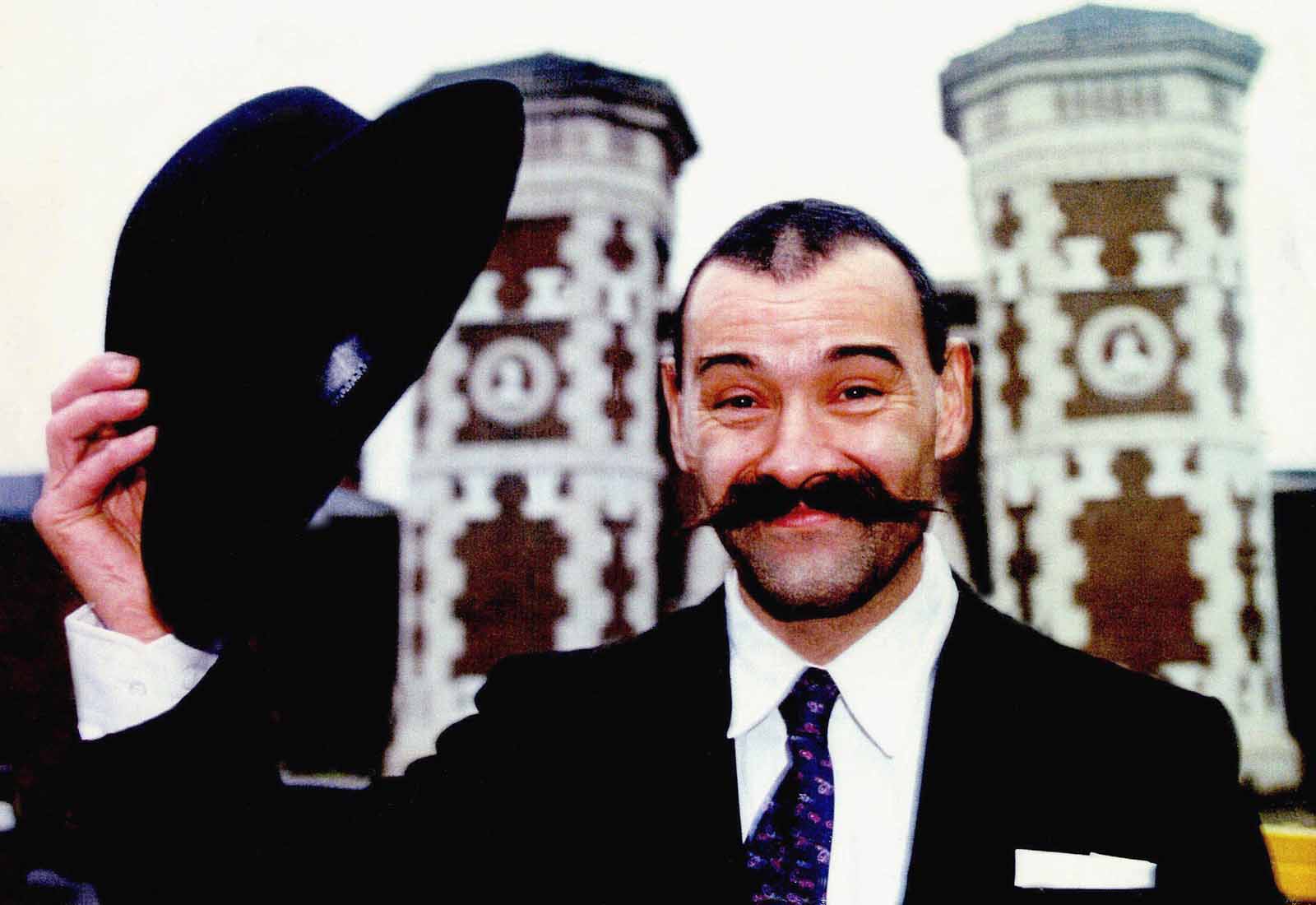 Between 1975 and 1977, Bronson was swapped between Wakefield, Armley, Parkhurst, and Walton. When he was transferred, Bronson was chained to the floor of the prison van. He was kept in solitary most of the time, but Bronson found a way to still beat prison guards and other prisoners when he was let out.

Bronson continued to cause trouble no matter what prison he was sent to, and ended up trying to attempt suicide at one point. With everything he was dealing with, it’s no surprise he was eventually sentenced to a mental hospital. But this did not go over well with Bronson, who felt like he couldn’t relate to his fellow prisoners.

Changing his method from violent attacks to peaceful protests, Bronson switched between rooftop protests to hunger strikes to make his point heard. But during his time in the psych hospitals, Bronson also started taking up art, winning awards for his pieces.

After finally being released in 1987, Bronson started a bare-knuckle boxing career. During this time, this is when he officially changed his name to Charles Bronson, after the actor. He also robbed a jewelry store, left one ring for his girlfriend at the time, and sold the rest. Naturally, he ended up back in jail.

Sentenced to another seven years, Bronson spent 1988-1989 being transferred between prisons again for his usual violent antics. Once he arrived at Long Lartin, it seemed like he was finally settling down. Then he ran around naked, trying to incite a riot with a homemade spear. The shifting around different prisons resumed.

Surprisingly though, Bronson didn’t do anything to lengthen his sentence, and ended up freed on parole in 1992. Then he was arrested nearly 60 days later for conspiracy to rob. The charges were dismissed, and he was freed again until he was charged for another conspiracy to rob, as well as owning a sawed-off shotgun. 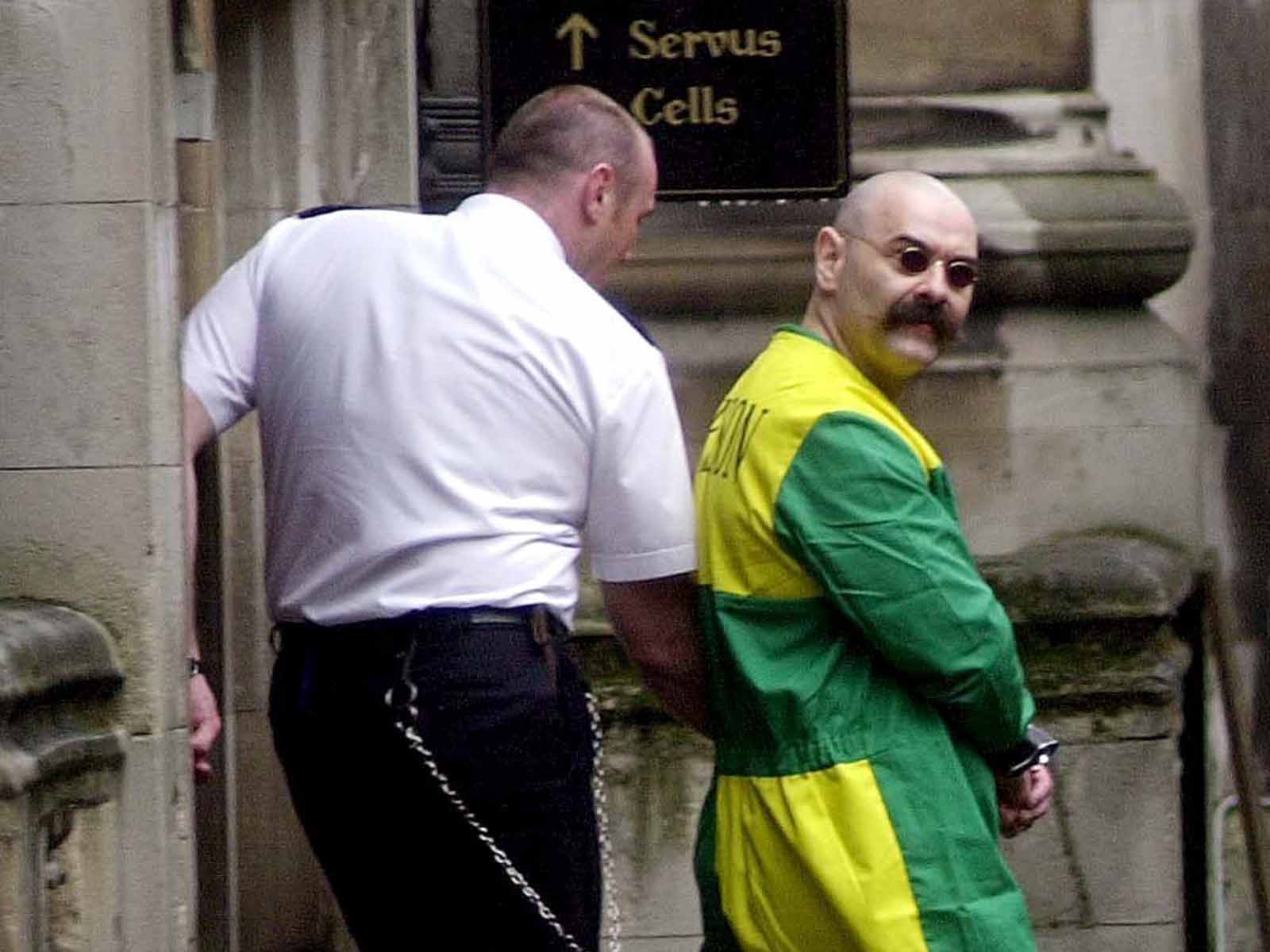 This time, Bronson couldn’t talk himself out of that charge, and was given another eight years in prison. He continued to cause trouble, landing himself in isolation. Bronson was even subjected to the “Hannibal Cage” at Wakefield, designed for Robert Maudsley.

After losing his father in 1994, Bronson truly began to lose it. He took two prisoners hostage, beating them while also self-harming in the process. Making random claims like demanding ice cream, Bronson eventually released the prisoners. He got five years for the hostage situation.

In 1999 though, Bronson took a civilian education worker hostage after he insulted Bronson’s art. In his rage, Bronson destroyed several machines in the prison, though he knocked himself out with a washer. After 44 hours of sieging the prison, Bronson let his hostage go and surrendered. This incident landed Bronson in prison for life. 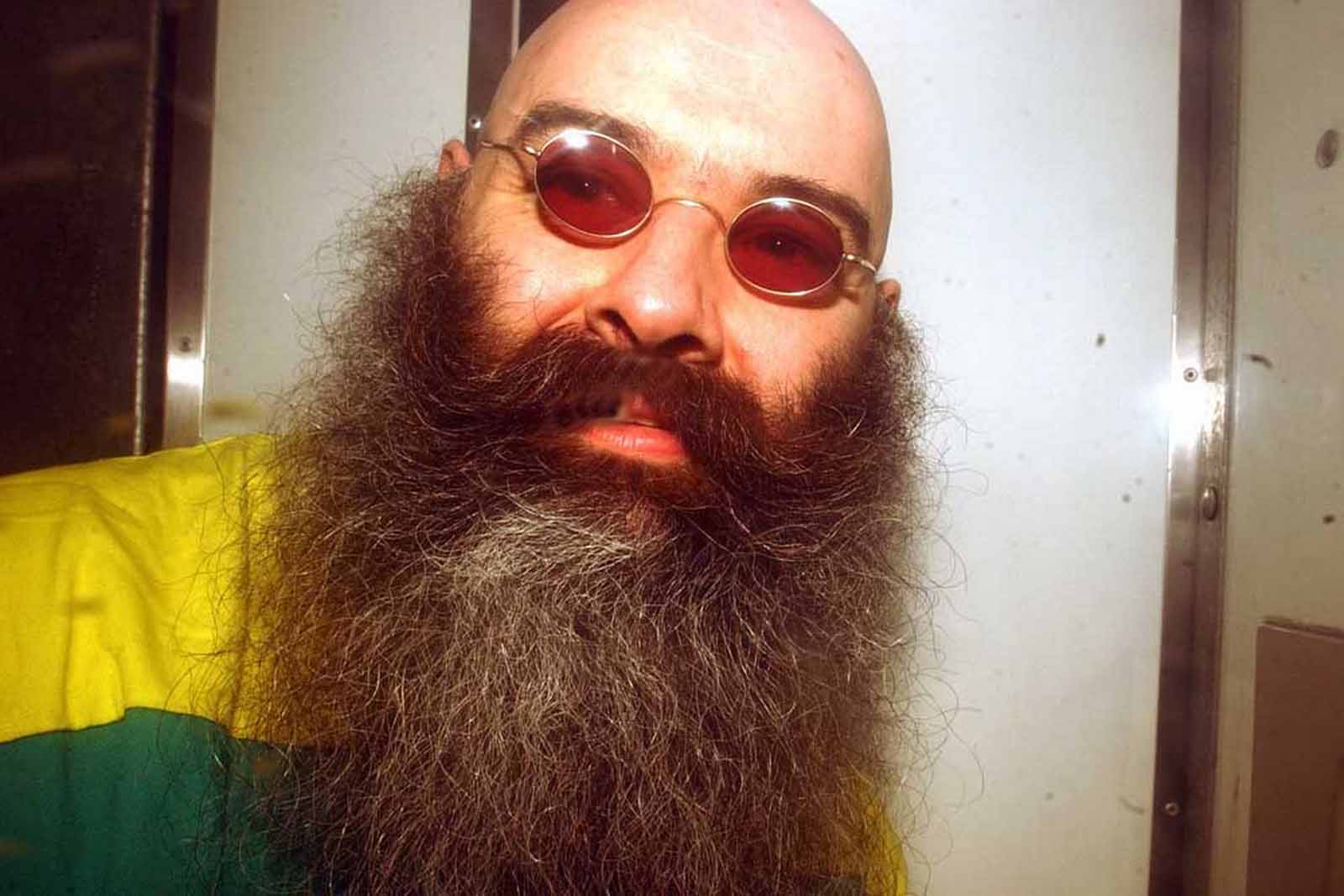 Since 1999, Bronson has been relatively peaceful in his newfound prison life. He remarried in 2001, and started focusing on exercise and art. Bronson has books published about working out in confined spaces, and started the Charles Salvador Art Foundation, to help give underprivileged people a way to express themselves.

While Bronson has done some monstrous things in his life, he’s trying to do better. In a 2018 hearing when he was tried for attempting to cause bodily harm, Bronson said “For the first time in 44 years in prison, I never intended to be violent. I never meant to hurt the governor.” Maybe somewhere underneath it all, there’s still a good part to Bronson.

If you’re invested in the world of true crime, sign up for our newsletter. We’ll only send you the most relevant news, articles, quizzes, and polls. 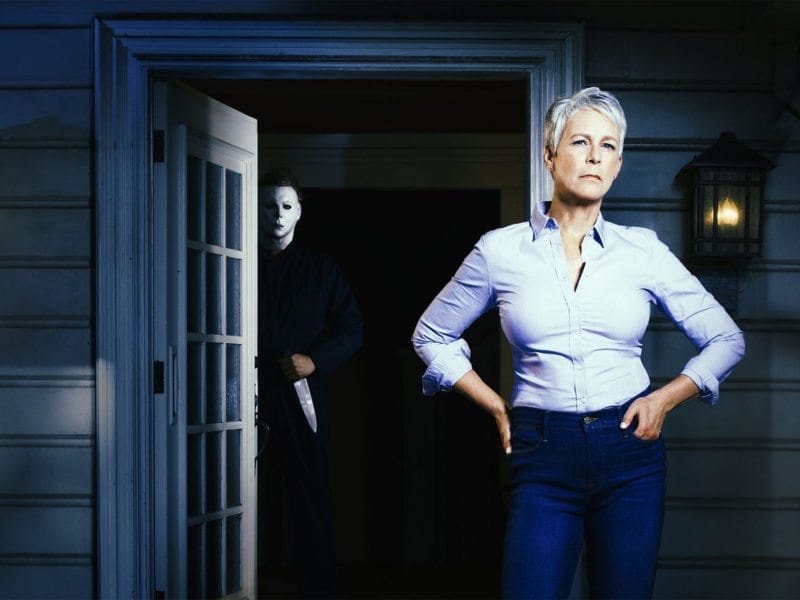 Overboard: The best and worst new movies that are remakes of untouchable classics