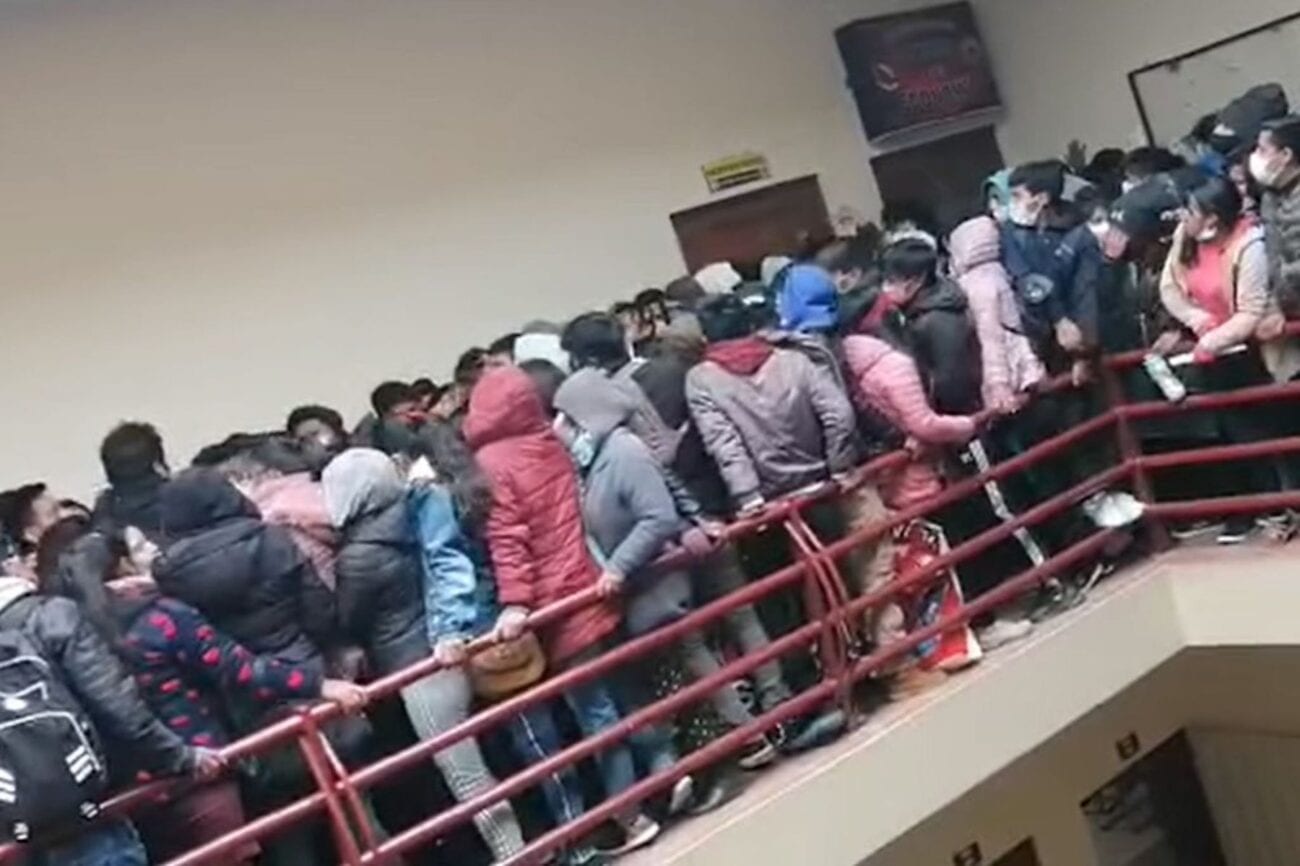 True crime: Can you push someone to their death without knowing it?

If you pay cursory attention to world news or true crime, then you probably heard about the railing collapse at El Alto Public University near the capital city of La Paz in Bolivia. Taking place in the university’s financial sciences building, there was a student meeting that was quickly growing heated. Scuffles were breaking out, it looked like being on the brink of a different sort of chaos.

We don’t know exactly why the railing collapsed. Presumably, we’ll learn more as the investigation continues on. It could be some sort of structural failure. Or, it could be a mass of bodies was pressing against it and it just snapped. So that brings up a true crime question here: can you push someone to their deaths without knowing it? Could people in the crowd be held culpable for these deaths?

According to news outlets, there was a heated student meeting (though other outlets said it was for an assembly). But things were clearly tense in the crowd with people pushing both against each other and the railing. According to The Sun, you can see one girl pushing another to the railing before the collapse. Seeing as how seven students are dead and three are injured, you have to wonder if criminal charges will be filed. 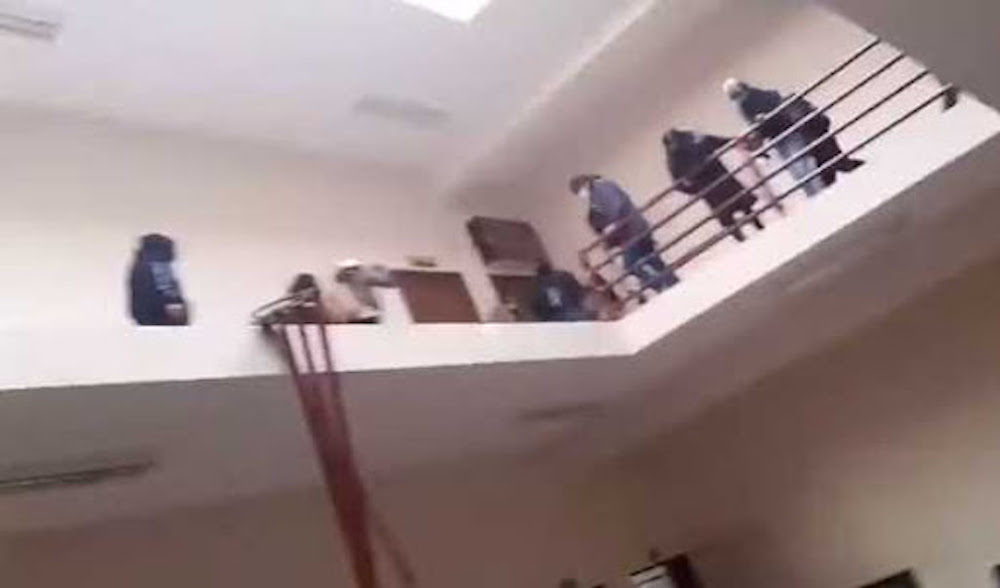 Will anyone be held accountable?

Since the investigation is currently underway, we don’t know. True crime people, like us, will tell you that these sorts of investigations take time. People, obviously, want someone to be held accountable. The issue again comes down to if it was a structure failure or if it was the jostling of bodies that led to it. And, of course, intent. Charges change based on if a person intends for another to go over the edge.

Judging by how people scrambled to try to catch others before they fell over the edge? It looks like this wasn’t intended. But it also comes down to that girl pushing the other to the edge. According to Bolivarian Police general commander Jhonny Aguilera Montecino, they will be summoning that young woman in for questioning. Plus, another thing bothering us, why were so many students allowed in such close quarters?

Things will have to be answered. According to Montecino, the investigation will also include, “Three supervisors will be summoned and they will offer their statement to collaborate in establishing the causes that motivated the massive concentration of university students After knowing the circumstances, those who identify videos of the security cameras that were already provided to us by the university will be notified.” 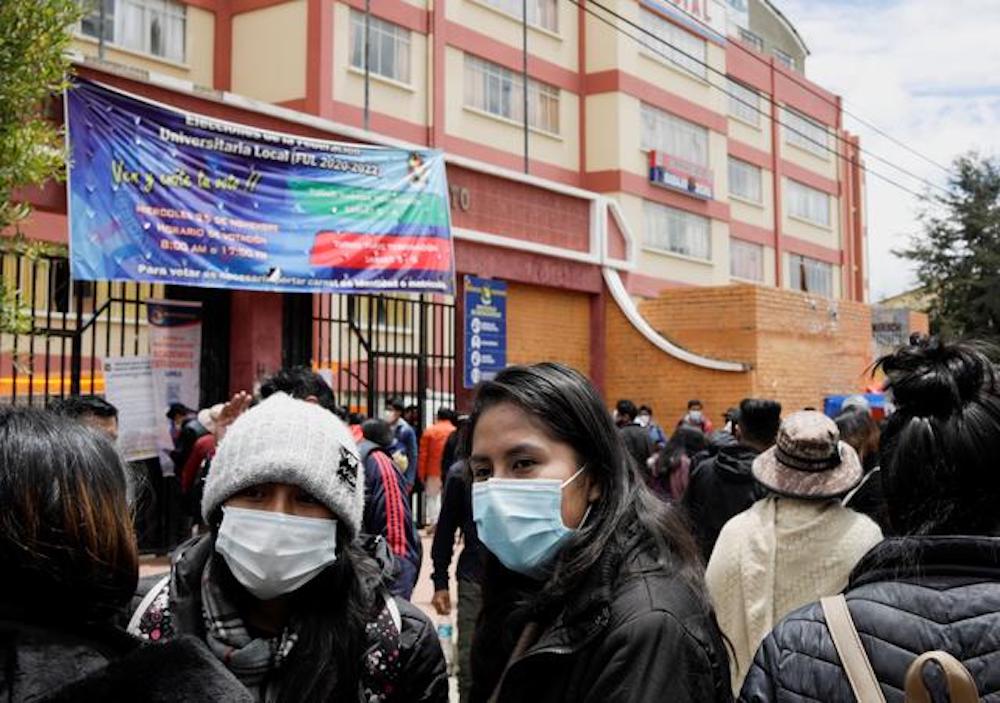 Inquiries, investigation, more information as the days pass and police reveal what they know. We don’t know the Bolivian legal system enough to guess at the charges, if any, that could be filed after the investigation concludes. While one young woman was pushing another, it’s unclear what charges could be filed for her. If it was the States, if there was enough evidence, we would guess a manslaughter charge, if that.

That’s to say if the whole thing was criminal to begin. Sometimes, as many people involved in true crime can tell you, circumstances just line up poorly. It’s hard to know if this girl was planning to push the other to her death, only for an accident to kick in. There’s an old scenario about a man who jumps to death only to be shot as he falls down. Is it suicide or murder? A similar logic can be applied here.