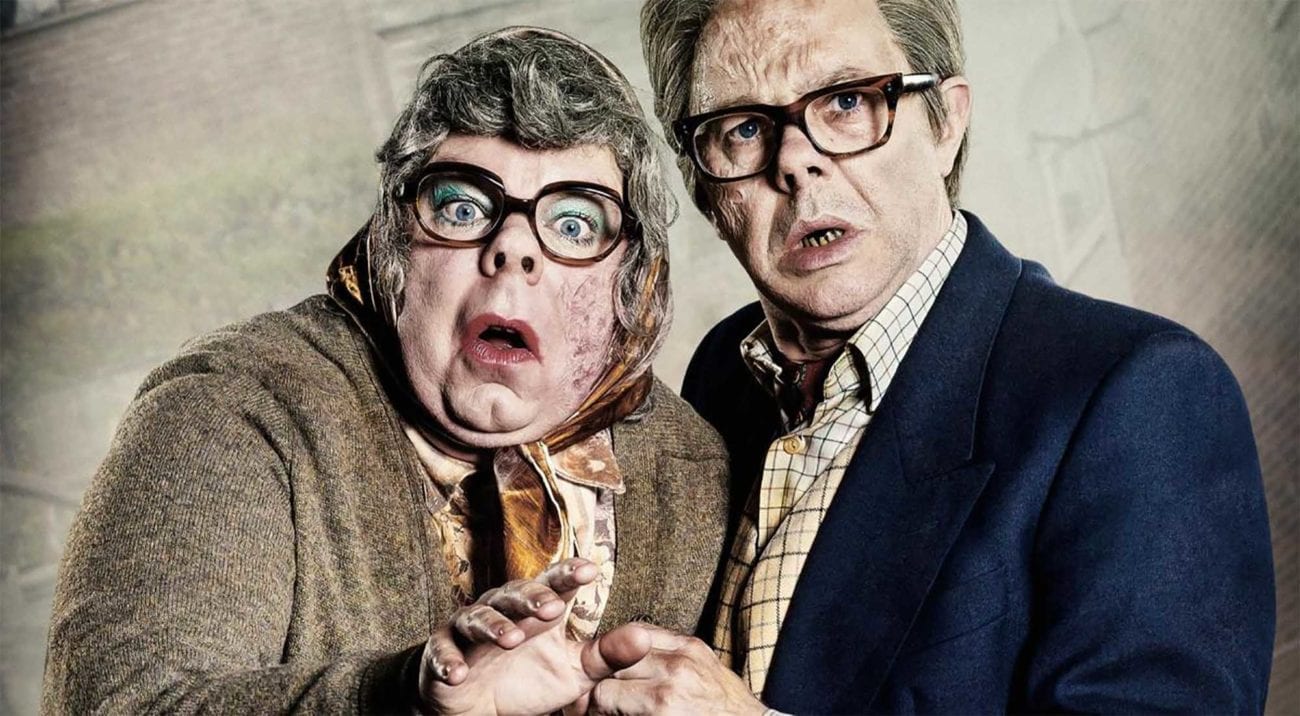 Sinister shows from the creators of ‘The League of Gentlemen’

The twisted minds behind the darkest of dark comedies took The League of Gentlemen on a much-anticipated UK tour. Tubbs, Edward, Papa Lazarou, and the rest of the sinister residents of Royston Vasey made pit stops at stages around the UK, but not before mastermind and visionary Reece Shearsmith disturbed audiences with a screening of his fave silent film: a Swedish chiller from the 20s titled Häxan, or The Witch. 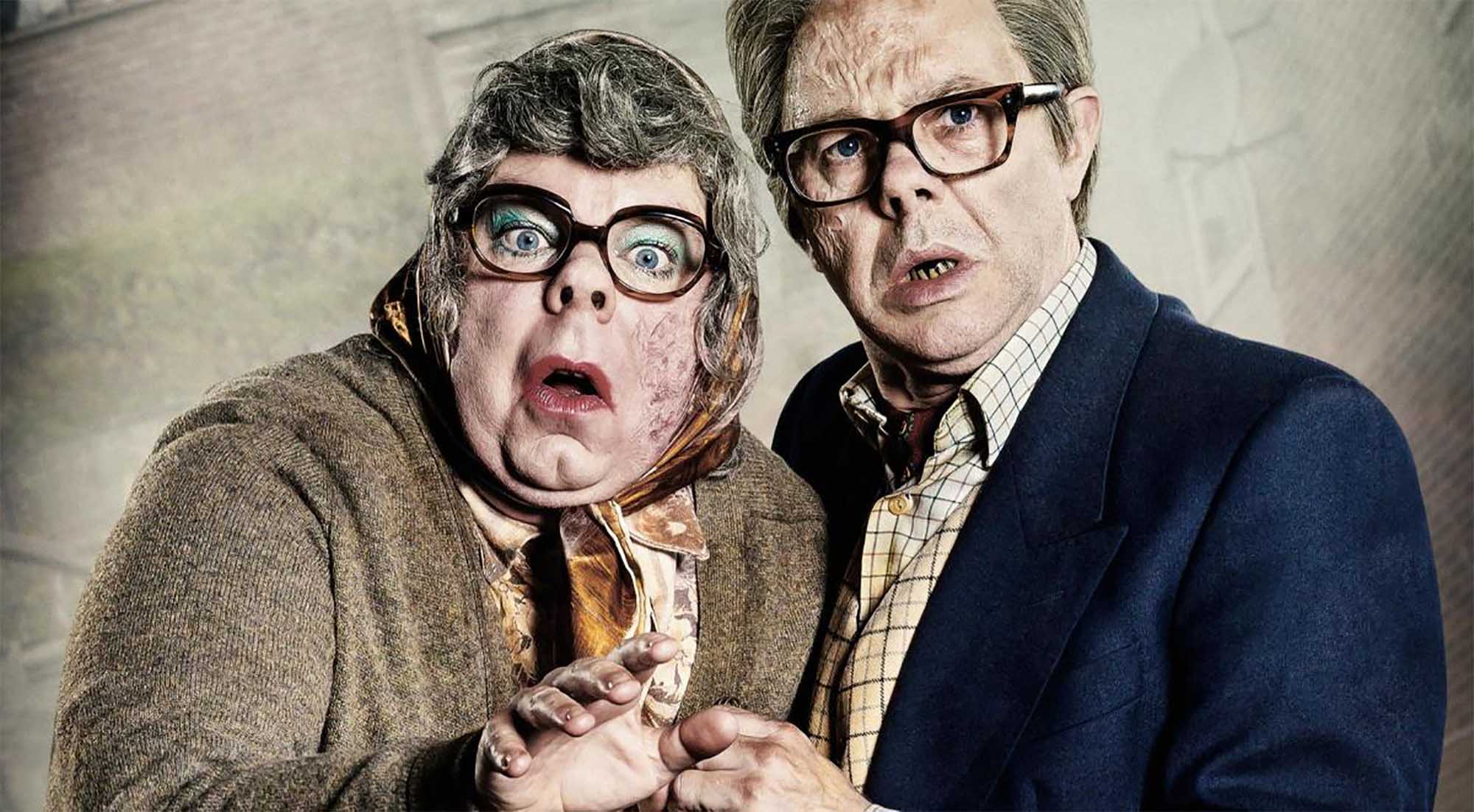 The classic film was screened as part of Birmingham’s Flatpack Festival of Film before Shearsmith (High-Rise) joined Mark Gatiss (Sherlock), Steve Pemberton (Benidorm), and Jeremy Dyson (Funland) to resurrect their twisted characters in the first LoG tour for 12 years.

If you missed it, don’t fret; we’re here to look at the best shows the Gentlemen have ever created. Horror lovers and fans of the darker side of comedy, get ready for some seriously bingeworthy material.

When it came to the release of Psychoville back in 2009, we were delighted to see it was business as usual. While we had all grown up with the twisted townspeople of The League of Gentlemen, Shearsmith and Pemberton’s new fucked up brainchild had a more purposeful storyline, following various groups of highly-dysfunctional characters whose lives are sent into a downward spiral by an ominous secret.

Psychoville proved the perfect opportunity for the pair to explore new personalities (the most iconic being the knife-wielding clown you definitely wouldn’t want at your kid’s bday party) while tying it together with the same humor and mood that made us love LoG.

There are some absolutely cracking cameos in it too, including Dawn French (The Vicar of Dibley) as a deranged midwife whose dream of bringing little Freddie Fruitcake to life takes a sinister turn and none other than Daniel Kaluuya who (years before he made it in America) played Michael “Tealeaf” Fry – Oscar Lomax’s put upon carer.

But two of our favorites have to be serial killer mother & son duo David and Maureen Sowerbutts, who surprisingly bring some heart to the show (even if the heart is twisted and dark).

As one of the best anthology TV shows ever created, Shearsmith and Pemberton continue to show off their range as writers and horror aficionados with this show. Since hitting our screens back in 2014 with a completely different air to The League of Gentlemen and Psychoville, Inside No. 9 has enjoyed five long seasons filled with unique individual stories, each one ending with a monumental twist that’ll leave you shouting “WTF!?”

Ranging from powerful to hilarious to horrifying (often in the same episode), Inside No. 9 will put your faith back into good TV writing – it is out there, you just need to know where to look.

Some of the best episodes include “The Bill” (turning the argument we all have over the payment of a restaurant bill into a murderous heist), “Sardines” (the very first episode in which the breakdown of a family unfolds from the inside of a cupboard), and “Tom and Gerri” (about a man whose life is turned upside down by a homeless dude called Migg).

The League of Gentlemen

We weren’t going to put together this list without even giving The League of Gentlemen a mention. Shearsmith, Pemberton, Dyson, and Gatiss redefined comedy with their situation satire and unsettling sketches played out by the freaky (and very local) residents of the fictional northern town, Royston Vasey.

The show was a weekly parade of TV’s darkest characters, from the wife-stealing Papa Lazarou (“hello Daaaave”), to the black market butcher Hilary Briss and his “special stuff”, to the inept Job Centre officer Pauline and her loveable dimwit sidekick Mickey. Pens = friends.

Following a 15-year hiatus, the writers brought back the show for a three-episode special, paying respectful homage with a well thought out followup to our favorite characters, showing the long break hadn’t blunted the Gentlemen’s satirical bite.

The League of Gentlemen’s Apocalypse (2005)

Okay, so the movie version is a little chaotic and some say it’s only for truly hardcore LoG fans. However, that’s not to say The League of Gentlemen’s Apocalypse is boring – far from it. The story is set back in the hellhole of Royston Vasey in which the inbred residents must escape their fictional universe as it’s on the brink of apocalypse.

The creators were right to bench some of their more familiar characters (although Tubbs and Edward, Papa Lazarou, Pauline and Co. do make appearances), instead allowing perverse German teacher Herr Lipp and aggro salesman Geoff Tipps to take center stage. There’s no doubt you’ll be entertained by this ride, but you’d enjoy it tenfold after revisiting the show first.

There aren’t enough words to describe the sinister genius of Night Night lead Julia Davis (Love Actually), who plays a cruel and outrageously selfish would-be husband stealer named Jill (if only her morning lingerie runs and Church-based strip dances had any affect on her uninterested love interest.)

It was actually only Gatiss who got involved with this dark British comedy, assisting the writing team for several episodes across both seasons. But it’s his character that prevails, playing Jill’s asthmatic, fluffy-haired, emotional punchbag. If you’re looking for the worst character ever portrayed on TV, look no further – Nighty Night will make you laugh in disbelief and recoil in cringeworthy horror at Jill’s shameless attempt to get the guy.