‘Sex and the City’ revival: All the tea on what happens to Samantha

Break out the cosmos, folks, Sex and the City is back (again?) and fans across the globe are anxiously awaiting the show’s next installment like a mini-skirt clad thirty-something shivering in line outside the VIP club. However, there will be a glaring omission of one of the show’s key elements, and one of its most beloved characters.

The internet has been buzzing about a Sex and the City reboot for some time, as it became clear the Sex and the City movie and its wildly problematic Abu Dubai-set sequel were simply not enough for fans of New York’s most famous brunchers.

However, Sex and the City stans have been disheartened to follow the ups & downs regarding a third post-series production, a project now been confirmed to move forward without icon Kim Cattrall’s Samantha Jones.

While Sex and the City focuses on the story of Sarah Jessica Parker’s Carrie and her self-involved endevours, her friends hold the show together by providing different personalities that bring variety to the elite New York lifestyle presented in the series.

Furthemore, in a self-proclaimed show about sex, Samantha provides audiences with a fearlessly sex-positive woman in a world of judgement, even within her own friendgroup (lest we forget the Worldwide Express guy).

If you didn’t already know, Samantha won’t join her gal pals in And Just Like That, the next Sex and the City installment set to release on HBO Max, and the streaming service’s chief content officer has piped up on the subject.

The New York Post reported that HBO Max’s chief content officer Casey Bloys stated that the show’s decision to exclude Samantha will reflect real life, as people come & go throughout the years, and friendships fade as new stages of life come to pass.

This explanation will no doubt fall flat for fans, who will have to wonder why such a solid friendship would end for Carrie so late in life; we’re to believe Charlotte, who won’t lend Carrie money when she’s broke, stands the test of time, while Sam who spoon-feeds Carrie in her narcissistic depression spiral, is kicked to the curb (in what world?).

The Post points out that Bloys’s explanation for dropping Samantha is curious, considering the well-documented in-cast fighting and mean-girl toxicity that’s been said to go down behind the scenes of Sex and the City.

Bloys says people who you’re friends with in your thirties aren’t necessarily your friends in your fifties, but with a show so wrought with plotlines about cultivating these long term friendships, the explanation doesn’t hold much water.

Cattrall has stated her answer to a third sequel was always no, so we only have the show’s creators to blame for the non-canonical And Just Like That.

The third Sex and the City sequel will come in the form of a ten-part series on HBO Max, presented in half-hour increments. While we won’t have our favorite PR sex-positive queen in the new series, Cynthia Nixon’s Miranda Hobbes, Kristin Davis’s Charlotte York, and of course, Sarah Jessica Parker’s Carrie Bradshaw will return for And Just Like That.

Furthermore, Sex and the City creator Michael Patrick King has stated that there will be an updated cast behind the scenes of the new series. King has been quoted saying he doesn’t want to tell a story written by an all-white team with an all-white cast, so we can only imagine And Just Like That will feature a more diverse crew than we’ve seen historically on the show.

To many, Samantha Jones was the heart of Sex and the City, and the show won’t be the same without her. Even so, the third Sex and the City will come to us (someday)  without her, giving us a window into Carrie’s life in her thirties. We can only imagine that without Sam, Carrie’s new life is anything but fabulous. 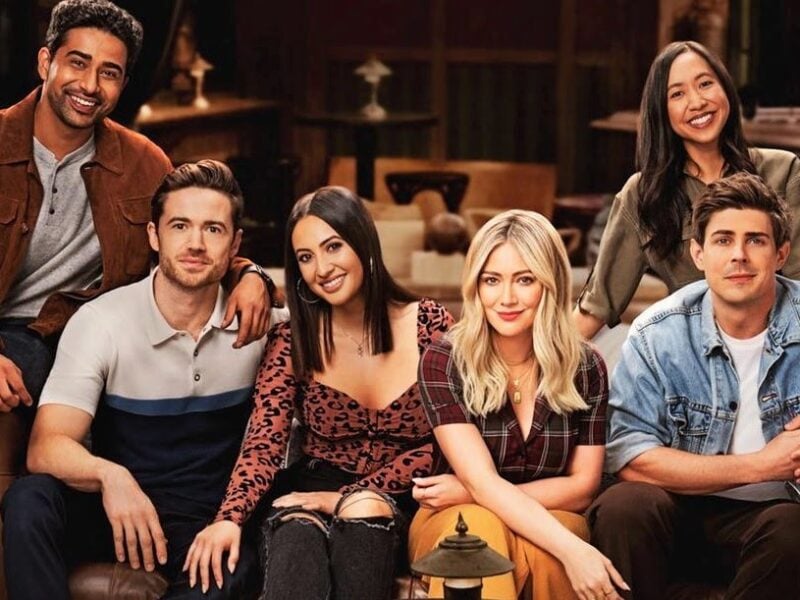