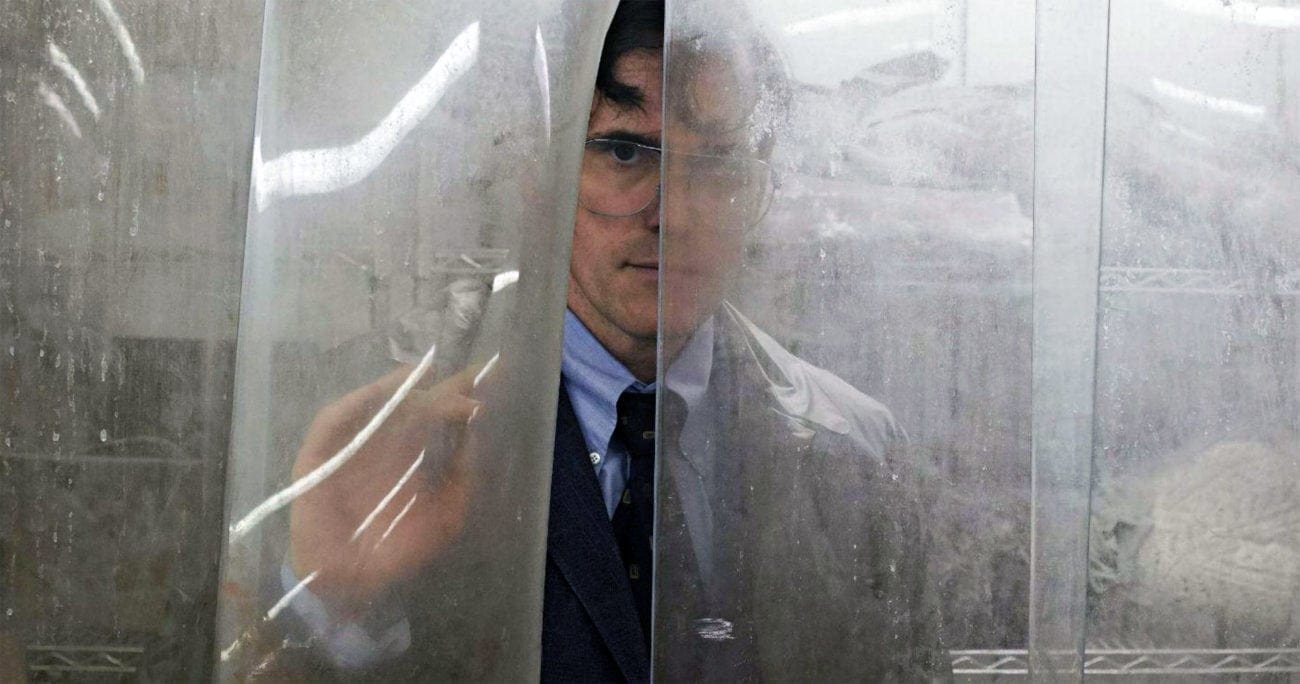 As the hype slowly starts to die down, we’ve decided it’s finally time to move on from Hereditary (as much as it saddens us to do so). We spent months talking about it, we went to see it (numerous times, despite begrudgingly paying $15 for a back seat ticket each time), and we talked about it some more. Truly one of the best horror films in the past decade, we won’t be forgetting Ari Aster’s masterful feature debut in a hurry.

That’s not to say there aren’t plenty of other genre flicks to get hyped about this year. The festival season is one that pumps along all year round, meaning there have and will be some solid entries of the sci-fi and horror variety this year. We’re here to look at ten of the best genre flicks from the 2018 festival circuit to ease the pain and perhaps show us that there is life beyond Hereditary.

Enjoying a world premiere at this year’s Tribeca Film Festival, Drake Doremus’s sci-fi love story stars Ewan McGregor (Trainspotting) and Léa Seydoux (Blue Is the Warmest Color) as two colleagues who work in a research company in a future of synthetic romance that doesn’t look far from our own. In a world where romantic relationships are based on science, the pair seek a connection that’s real.

Premiering at the 2018 SXSW, this genre-bending supernatural drama centers on a woman (Gugu Mbatha-Raw) who is forced to go on the run when her superhuman abilities are discovered. She ends up returning home, where a family drama ensues in the midst of the sci-fi narrative.

Set for release on September 21 following its premiere at this year’s Sundance Film Festival, director Reed Morano of The Handmaid’s Tale fame offered up this post-apocalyptic, sci-fi drama, which sees indie darlings Peter Dinklage (Game of Thrones) and Elle Fanning (The Neon Demon) star as misfit friends who deal with the compromises & complications of companionship.

Tipped as a possible TIFF entry, French auteur Claire Denis’s upcoming sci-fi might only be in the post-production stage, but it’s already off to a promising start with Robert Pattinson (Good Time), Patricia Arquette (True Romance), and Mia Goth (Everest) starring as a group of skilled criminals who trade in facing jail time and capital punishment for agreeing to participate in a likely fatal government space mission. So far it sounds just like the kind of cerebral sci-fi we love – keep your eyes peeled for details on its release!

The future is far from perfect in Eddie Alcazar’s 2018 SXSW sci-fi hit. Sounding like a cross between Tron, Ex Machina, and A Cure For Wellness, Perfect follows a young man with a violent past as he enters a mysterious clinic where the patients wildly transform their bodies and minds using genetic engineering. With Steven Soderbergh (Unsane) as exec producer, music by Flying Lotus, and the acquisition by blockchain studio Singular DTV, this film looks set to be a mind-bending journey into the future.

The House that Jack Built

Lars von Trier’s (Antichrist) latest film about a serial killer who considers his murders as works of art absolutely horrified the pearl-clutching audiences at this year’s Cannes Film Festival, which is reason enough to pre-book your ticket for when it drops in theaters this November.

If you’re looking to fill that hole in your life carved out by the likes of teen horrors like Stranger Things and It, you’ll likely love the latest offering from the directorial trio billed as RKSS (Francois Simard, Anouk Whissell, and Yoann-Karl Whissell). Premiering to warm reviews at this year’s Sundance, Summer of ‘84 jumps on the retro VHS bandwagon, about a group of suburban teens who spy on their neighbor they think might be a serial killer. As they get gradually get closer to their suspect, things take a turn for the dangerous.

Upgrade is described as more of a sci-fi thriller than a straight up horror film, but with Saw and Insidious scribe Leigh Whannell at the helm, no doubt it’ll still feature its fair share of scares. Set in the near future where technology controls nearly all aspects of life, a self-confessed technophone named Grey (Logan Marshall-Green) is offered an experimental treatment – an AI called Stem – after suffering a life-changing injury. Soon enough Grey discovers the chip has a voice (and a mind) of its own.

Just admit it to yourself already – you loved Unfriended and you can’t wait for the release of the sequel, which looks set to involve even more young adults subjected to unthinkable horrors by the ghosts that lurk within their own bloody laptops (or something along those lines, only slightly less ridiculous). It received some rave reviews after premiering at SXSW and the Overlook Film Festival, with IndieWire pointing out, “The internet always has the upper hand, and it’s not interested in happy endings.” Damn straight!

If you’re looking for your next zombie obsession, here’s a little treat for you – Justin P. Lange’s Tribeca hit The Dark. Described as an “atmospheric zombie horror done different” by Dread Central, it cleverly subverts the tropes of both zombie cinema and classical ghost stories, following an undead teenage girl who befriends a blind boy after meeting him in the forest she haunts and hunts in. Both are misfits, both are victims, and both find solace in each other – but at what cost?