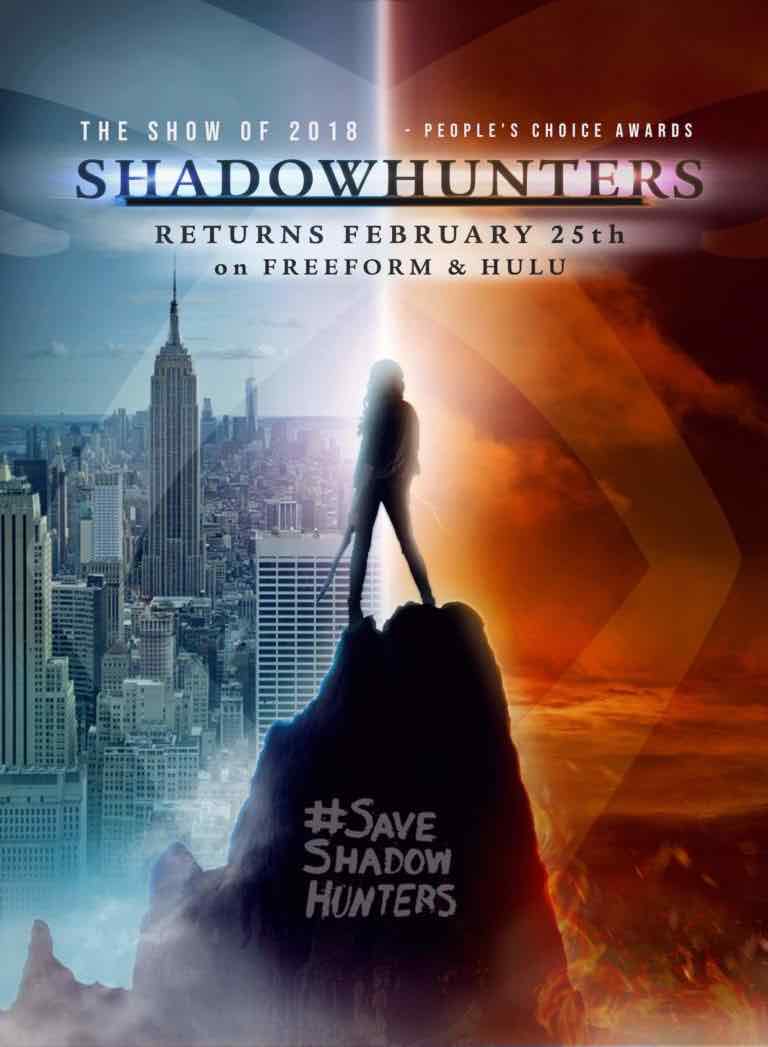 Save ‘Shadowhunters’ campaign: BoomBitches, we salute you

Throughout Film Daily’s journey to help save our favorite shows from the ashes of cancellation, we’ve had the immense privilege to read some incredibly life-affirming stories from fans around the globe.

The ongoing #SaveShadowhunters campaign has seen pedicabs circling the SDCC, banners flying over Netflix headquarters, ads in Times Square, and many awards victories, the results of which carry the same message: the fight isn’t over.

Many of these amazing fandom stunts have been organized by the stoic BoomBitches, who have worked tirelessly to raise awareness around the show. A few weeks ago – before they revealed their final amazing billboard (in NYC no less) – they gave us an exclusive interview about how to launch and run a fandom campaign.

If you thought what they’ve achieved is easy, you should read on now for their oral history of the execution of their first #SaveShadowhunters campaign. They tell it much better than we ever could. 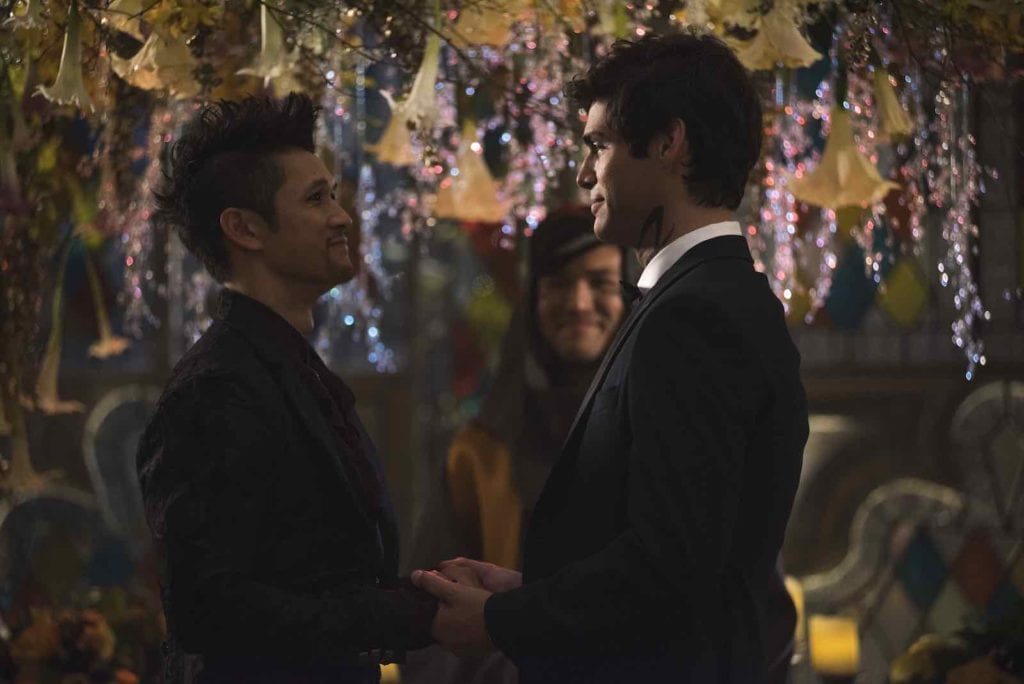 “It sounded so simple at the start. A few little projects to make the networks take notice of our little show in the hopes one of them would save us. For the @BoomBitchesSH our first two projects were in the same week: flowers to six different networks and cupcakes to the cast & crew on set, bearing the Save It logo designed by @Neyiox from the Shadowhunters fandom.

“We were soon to realize it wasn’t as simple as we first thought. There are a massive number of florists in LA and bakers in Toronto. Finding ones who could and would do exactly what we wanted was a big task. Over 30 florists were contacted and about the same number of bakeries.

“For both, we probably only had replies from 20% of the companies we contacted. Even then there were very few who could deliver what we needed for a price we could afford. Given that nobody involved in the campaign would see anything we bought personally, we had to rely on photos provided by the companies we were using to have any evidence of what we had sent. 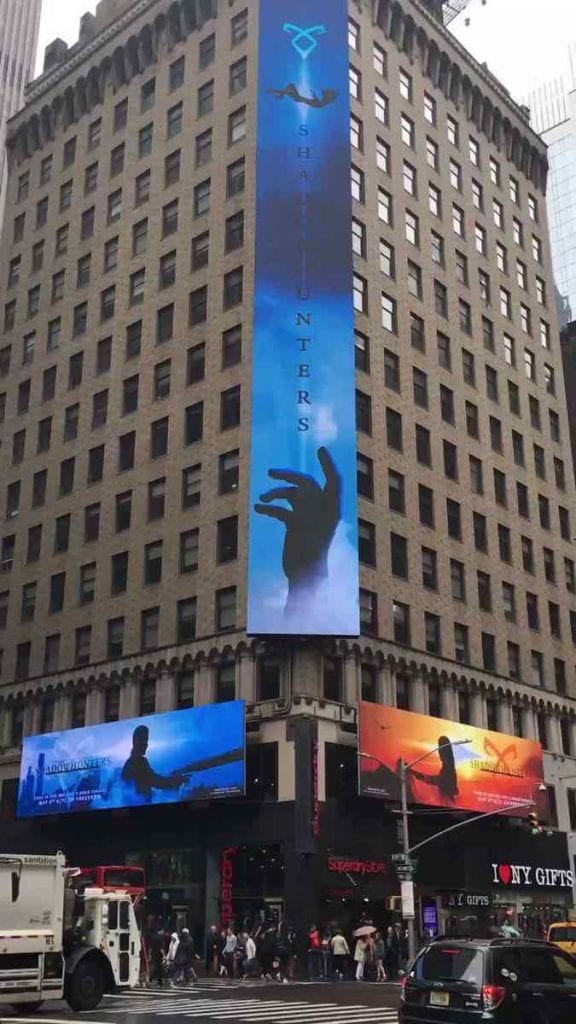 “There was also concern over our deliveries being accepted but the recipients. We were advised to make it all as professional as possible. Luckily for us, Westwood Flower Garden knew what they were doing and were really supportive in making sure our flowers got to the intended destination. They even took delivery of the personalized cards for each of the bouquets.

Looking back on the email exchange between us, there were over ninety messages sent between us and the florist for this project alone!

“The cupcake delivery had the added element of time constraints. We were rapidly approaching the end of filming for the S3B finale, our last chance to do something for everyone together. Toronto Cupcake gave us a great price for over a hundred cakes, which, we were assured, tasted delicious. It was extremely emotional to see pictures posted by the cast & crew enjoying them.” 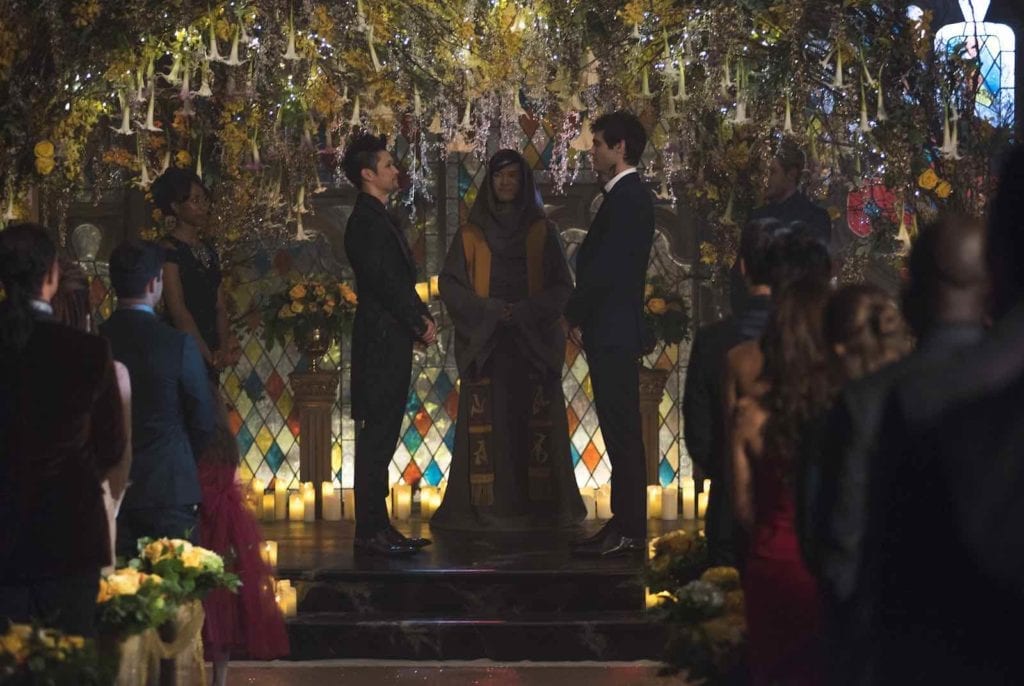 After the first campaign was complete, BoomBitches continued to work on their campaigns, growing with each effort. The culmination were billboards in L.A. and NYC to promote Shadowhunters season 3B.

The team dealt with disappointments that were no fault of their own, the pressure of meeting expectations, managing a microbudget, and juggling jobs/families & real lives around this voluntary project. They were also dedicated to ensuring they provided the best value for the fandom, as they raised the money needed for their campaigns via crowdfunding.

None of the BoomBitches come from a media background; they worked overtime to learn how to execute their campaigns. For all the great work they’ve done for the Shadowfam, we salute them. Whatever the outcome, Shadowhunters fans will never forget all the great things they have done. We know the fight isn’t over, but we hope the BoomBitches get five minutes for some self-care before they pick up their campaign again.