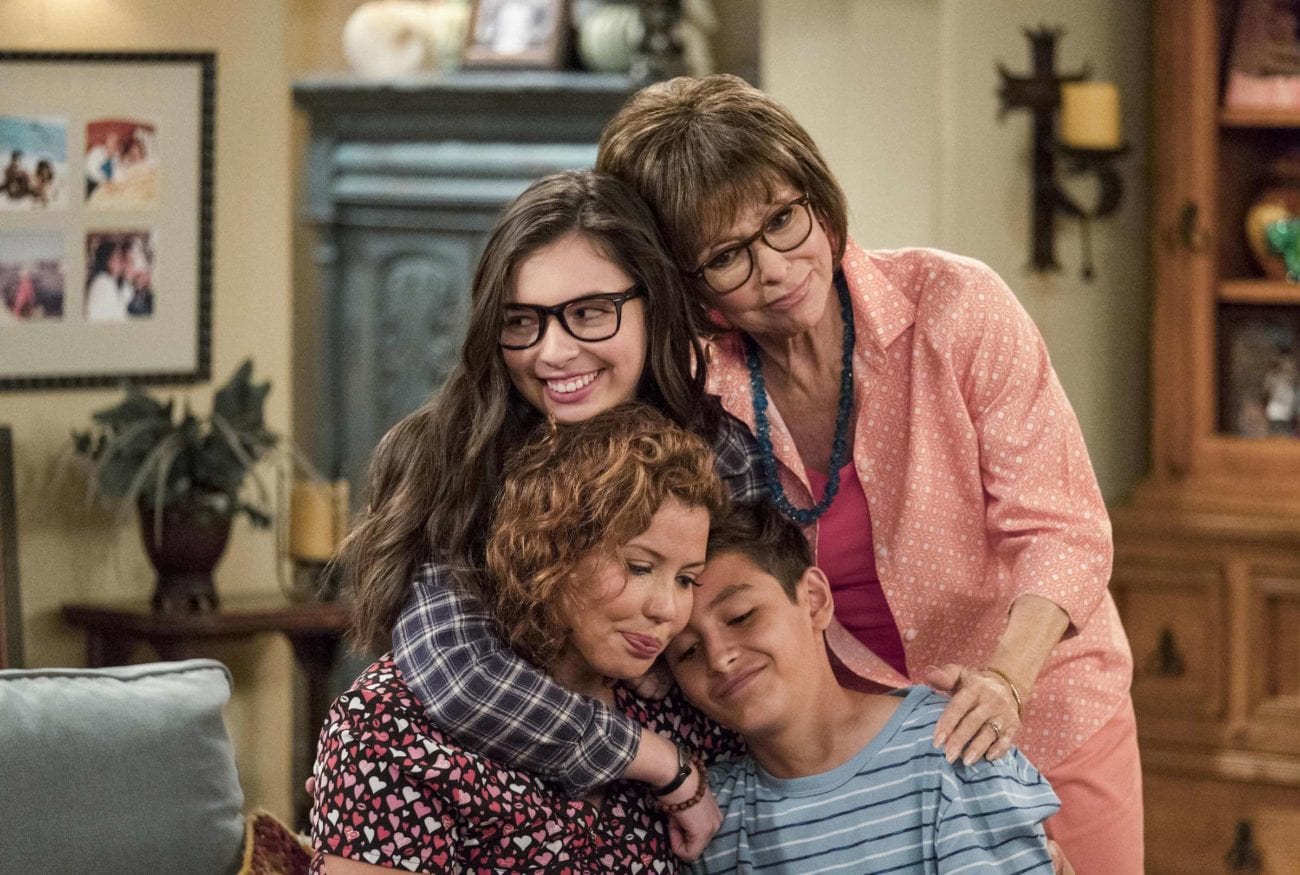 #SaveODAAT: Why Latinx family gem ‘One Day at a Time’ needs to live

Today, we’re absolutely delighted to hear that our fave Latnix family The Alverezes will be returning to our screens once more. Thank you, Pop TV, for saving One Day at a Time. Here’s our piece about why the show needed to stay on our screens.

One Day at a Time seemed like the perfect show for our times. Distributed by Netflix, the feel-good dramedy hid serious issues in plain sight in a traditional sitcom style format. The action centered on the Cuban-American Alvarez family in Echo Park, Los Angeles as they traverse the choppy waters of gentrification, sexuality, religion, repression, PTSD, alcoholism and mid-life career changes.

This modern update of the 1975 Norman Lear sitcom under the same name has been heavily praised for its portrayal of Latinx culture and LGBTQI issues, but when faced with a renewal this month it was swiftly given the old heave-ho by Netflix. We spoke to fans and experts on Latinx and LGBTQI visibility about why the show must go on.

Marie spoke to us about her love of the show. A recent viewer, she found ODAAT on Netflix in 2019 and thinks the show is so special because the characters “are not afraid to be different. They make me laugh all the time. And they are refreshing to watch.”

Marie believes the characters are a great reflection on the world of today. “They strike the perfect tone” especially when the show is dealing with stereotypes. “They treat matters which are often forgotten by modern TV very well – we feel like we’re a member of the Alvarez family.”

The ODAAT fandom has a very active social media community, which Marie has participated in. She suffers from anxiety and often looked to the show for support. As many other fans report, for Marie One Day at a Time “made me laugh and helped through the day”. 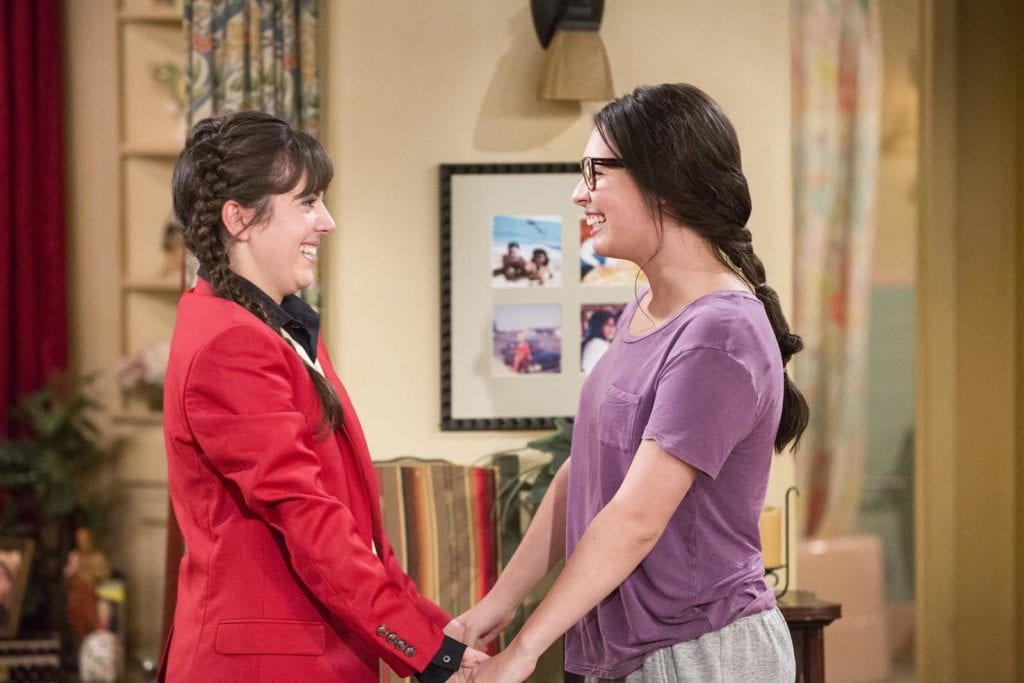 Marco Gonzalez is an Advisory Board Member of the Latino Equality Alliance. “It is obvious and statistically proven that Latinx are invisible when it comes to the Hollywood industry machine, despite the fact that our community outpaces every other group when it comes to movie ticket sales and entertainment spending.

“One Day at a Time has helped move the needle in the areas of social justice and equality. It and other shows have worked as agents of change, which bring about acceptance and respect for communities that have been historically marginalized in the U.S. One Day at a Time also tackled issues that are seldom discussed at the dinner table in Latinx households, including sexuality and mental health issues.

“I strongly believe that One Day at a Time did for the Latinx community what Will & Grace did for the LGBTQ community in its day: it made a community once invisible, visible for and part of the American mainstream.” 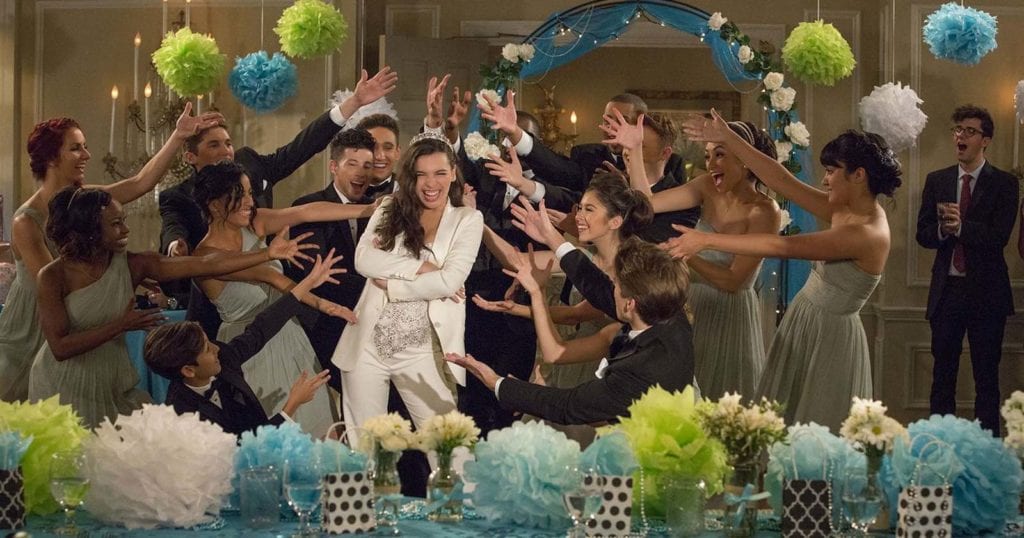 Gonzalez strongly believes the cancellation of One Day at a Time is an ill-advised misstep for Netflix and urges them to make their “US-based programming more reflective of the demographic that is consuming it. Latinx stories need to be told in mainstream media. This show needs to be saved because it was made by Latinx creatives for the Latinx community and resonated throughout America.”

Kryss Shane is a leading LGBT expert who spoke to us about the importance of One Day at a Time for the LGBTQI community. “Every story of an LGBT+  person is valuable to us all. Currently media doesn’t represent society. Just as we have millions of stories of the life experiences of white and/or straight and/or cisgender people, we need to see the vastness of life experiences of all colors, all orientations and all identities on television. 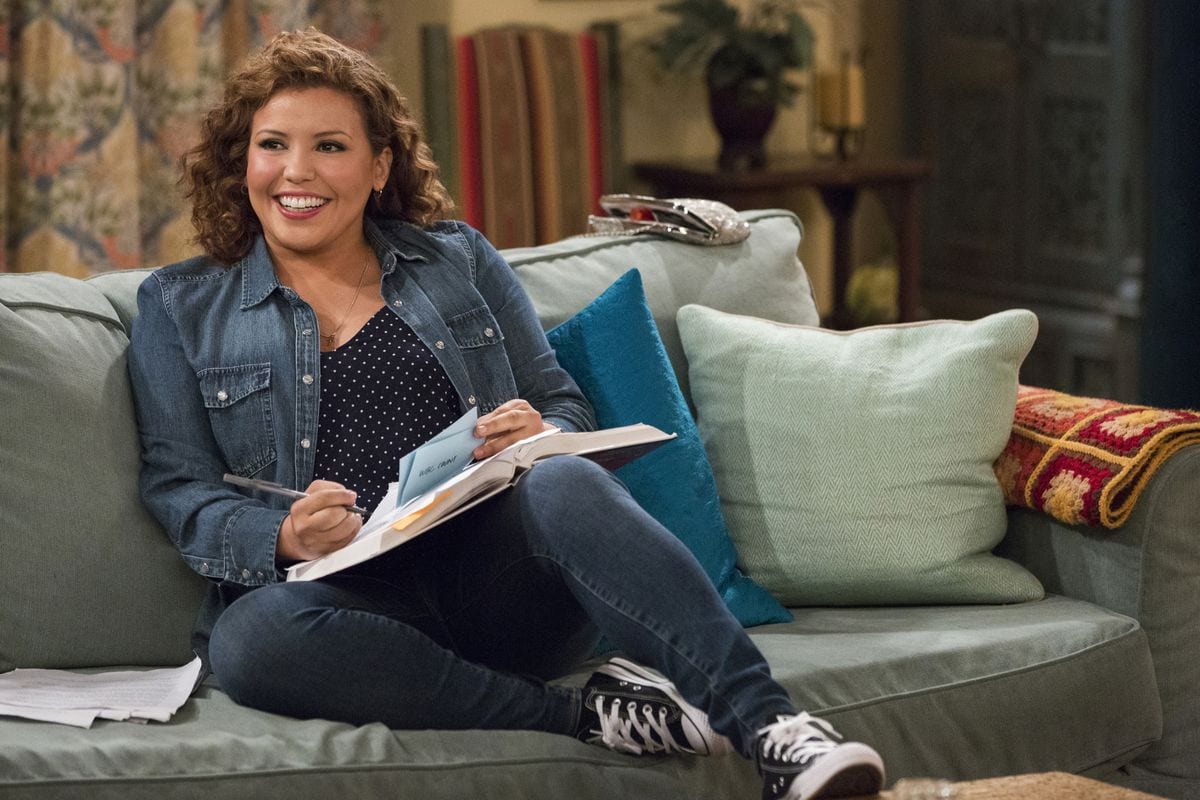 “Shows that feature one or more characters who fit into more than one minority category, such as Elena, remind us all that no person is only one noun, verb, or category. ODAAT honored a family of people who each had their own struggles, all while benefiting from their family members.”

Shane tempered her opinions a bit as well, however. “I understand that Netflix is a business and there are numbers that play into decisions about what to greenlight. However, Netflix has a huge platform where they can encourage diversity, understanding, and acceptance of others.

“I not only encourage those in power to pick up ODAAT, I implore everyone in positions of power at all networks, film studios, and businesses to make intentional choices to tell the stories of all people.” 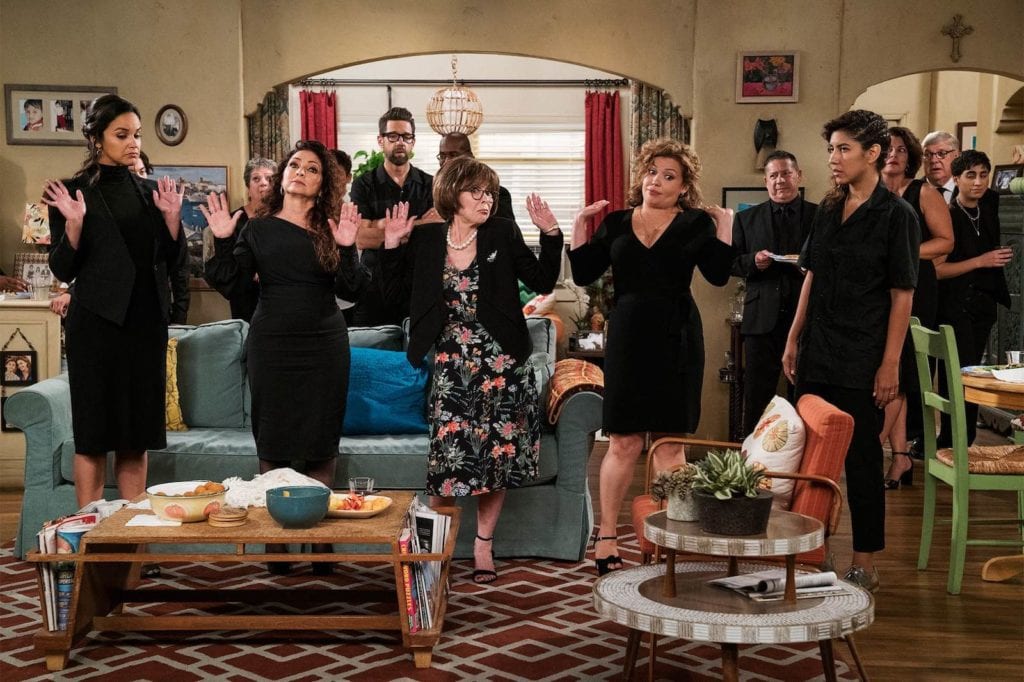 We also spoke to Hallie Taylor, a fan of One Day at a Time. She was brought to the show by the Netflix algorithm in 2019 and has never looked back. Hallie thinks the show is incredibly special because it “brings issues that we see today to the surface in comedic ways” and feels an affinity with Elena Alvarez “because she is a representation of me that I never saw on TV before. That feeling of acknowledgment is amazing.”

When ODAAT was cancelled, Hallie was “devastated because this show needs recognition and deserves to be on television.” Despite being a newcomer to the show, Hallie already has plans to attend ClexaCon to meet Isabella Gomez (who plays Elena) and Sheridan Pierce (who plays Syd).

The show has also helped Hallie connect with events in her life and view them from a different perspective. “Pride and Prejudice reflected the time I came out to my family as bisexual. The episode ‘To Zir, With Love’ helped me see things about my own life and encouraged me to put myself out there more.

“The episode ‘Anxiety’ helped me through my own anxiety and depression. Because the show brings humor to things that I struggle with in my own life, it brings me happiness when I am feeling down.”

Hannah is a fan who spoke to us about how ODAAT has affected her. She’s an OG fan who got into the show when it first dropped in 2017 after finding out about it from a Tumblr post about ODAAT’s diversity. “It’s a comedy that deals with serious issues. You’ll be laughing and crying all in the span of one episode.”

Hannah finds the show powerful because she can relate to the issues presented. “When Penelope quit taking her meds because she felt better, I could strongly relate. I also related to Elena’s coming out storyline; it was very powerful for me to see that Elena survived despite her Dad’s disapproval, and it made me confident that I might be able to come out one day.” 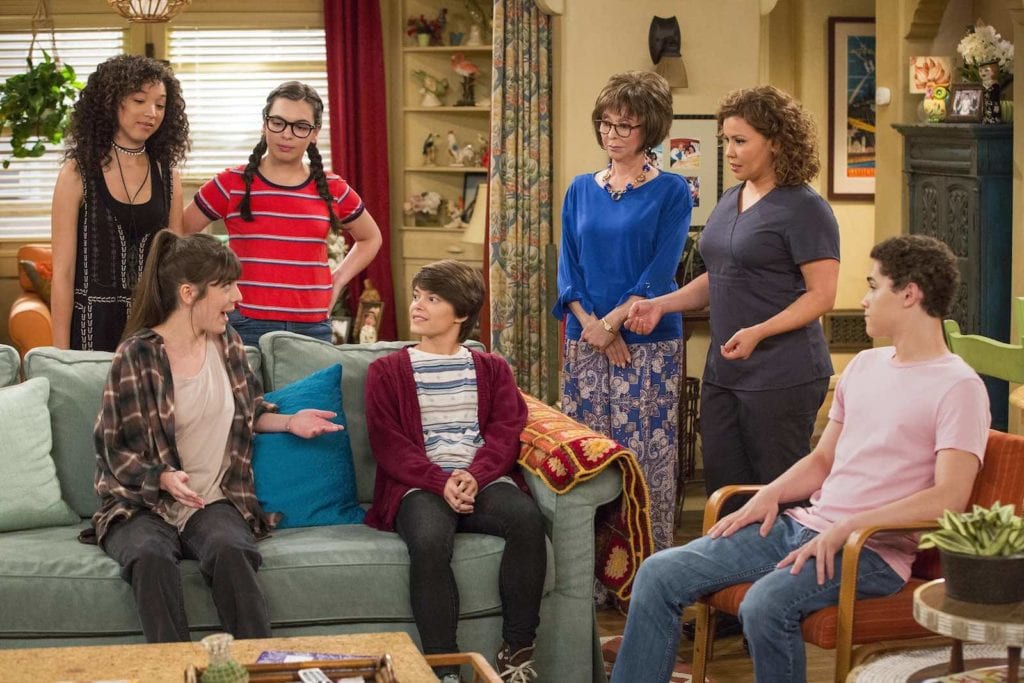 Hannah feels lucky to be part of an active and supportive fandom. “We’re always there for each other and we make sure we’re all taking care of ourselves.” She thinks “Netflix made a huge mistake by cancelling shows like One Day At A Time, The Get Down, Everything Sucks! and Sense8. I hope they see the error of their ways.”

Rebecca is a fan who started watching One Day At A Time with the pilot episode, as she’s a big fan of Rita Moreno and Norman Lear. Rebecca relates to many parts of the show. “As a 47-year-old lesbian, I love the Elena coming out storylines. This show has helped me through depression, PTSD, and anxiety for the last three years. It addresses all of these topics with honest, realistic portrayals.

“When I’m going through a depressive or anxious episode, my wife puts this show on for me and it makes me laugh, cry, and reconnect with reality. The Alvarez family is the family I wish I’d grown up with. ODAAT has filled a void in my life and brought me joy.” 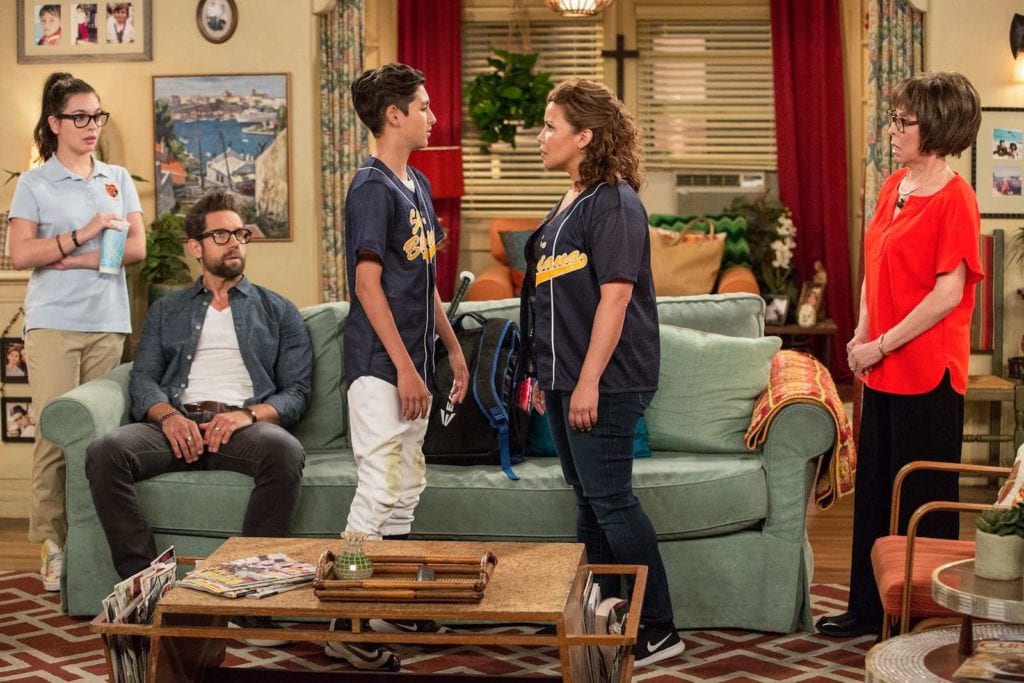 Angela started watching in 2019, having stumbled upon One Day At A Time by accident. “My daughter and I loved the series from the first episode. So over the next month we watched all three seasons whenever we were free together. We love the warmth of the characters and find it so funny and touching.”

ODAAT recently helped Angela through “a bad bout of work-related anxiety. ODAAT definitely resonated with me. It felt like I was meant to find this show.”

With such a dedicated fandom and near-universal praise from critics, we can’t help but think Netflix made a huge mistake cancelling this important family show. But we know the fans and show’s bosses aren’t giving up the fight to save the show yet. If you love ODAAT, make sure your voice is heard. Use your social media channels to spread your support to #SaveODAAT.

Share via:
Tags
NetflixNorman LearOne Day at a Time
Author