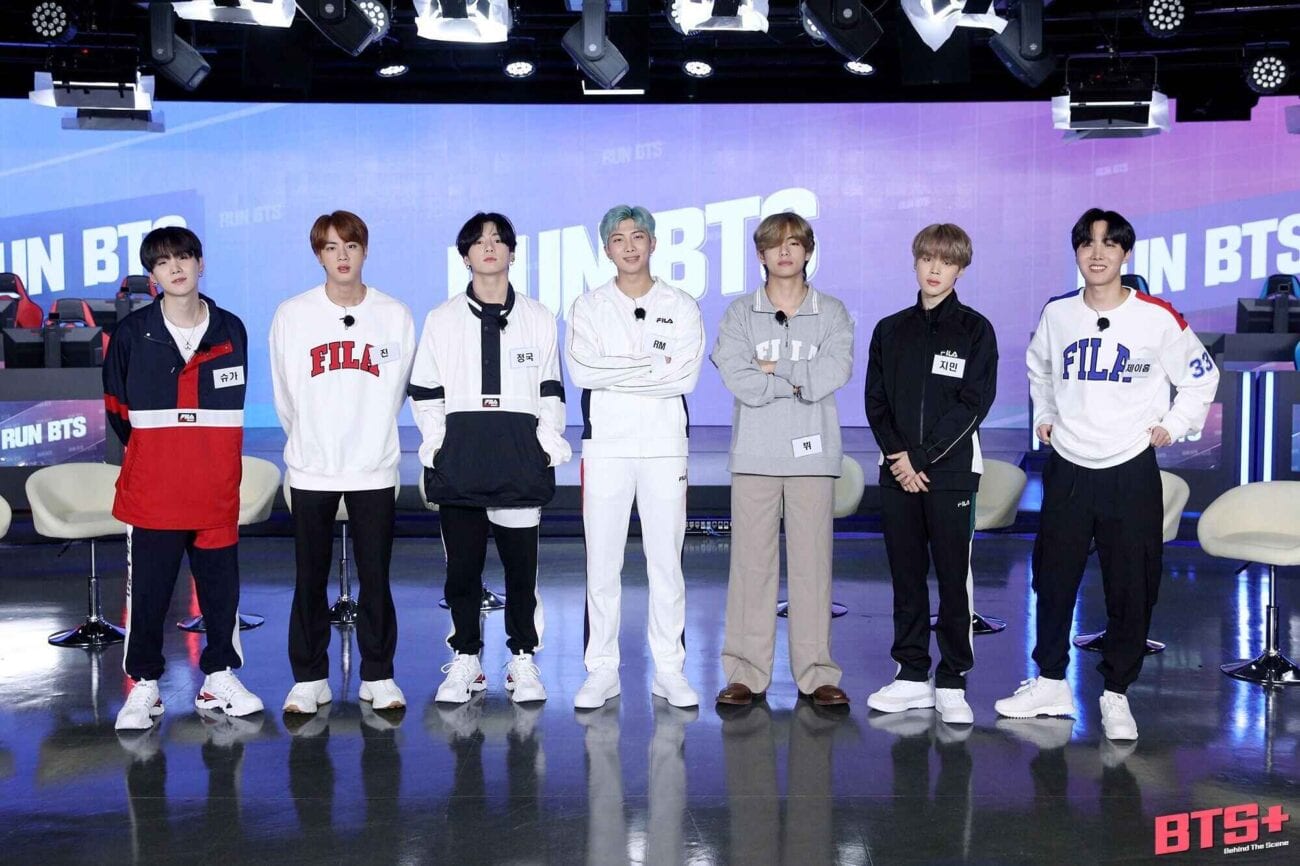 One of the biggest treasure troves that BTS ARMY gets to experience – and no, we’re not talking about BTS’s discography – is Run BTS. Filled with fun & laughter, the seven bright twentysomethings of the world’s biggest boy band take on silly challenges & games in Run BTS.

Run BTS premiered in 2015 and is BTS’s very own exclusive variety show that includes highly anticipated battles, bickering, inside jokes, betrayal, and prizes. Whether it’s a gift coupons or five-year worth of rice puffs or going home early – whatever the prize may be, BTS is ready to do whatever it takes to win. And that mere fact conveniently leads to some of the most hilarious & entertaining content ARMY’s ever seen.

RM, Jin, V, Suga, Jimin, J-Hope, and Jungkook of BTS also get to try fascinating activities that they can’t do outside of their K-pop idol lives like learning pottery, making flower arrangements, cooking challenges, cartoon voice dubbing, bungee jumping, and so much more on Run BTS. Here are some of our favorite episodes from Run BTS handpicked to reminisce & rewatch. 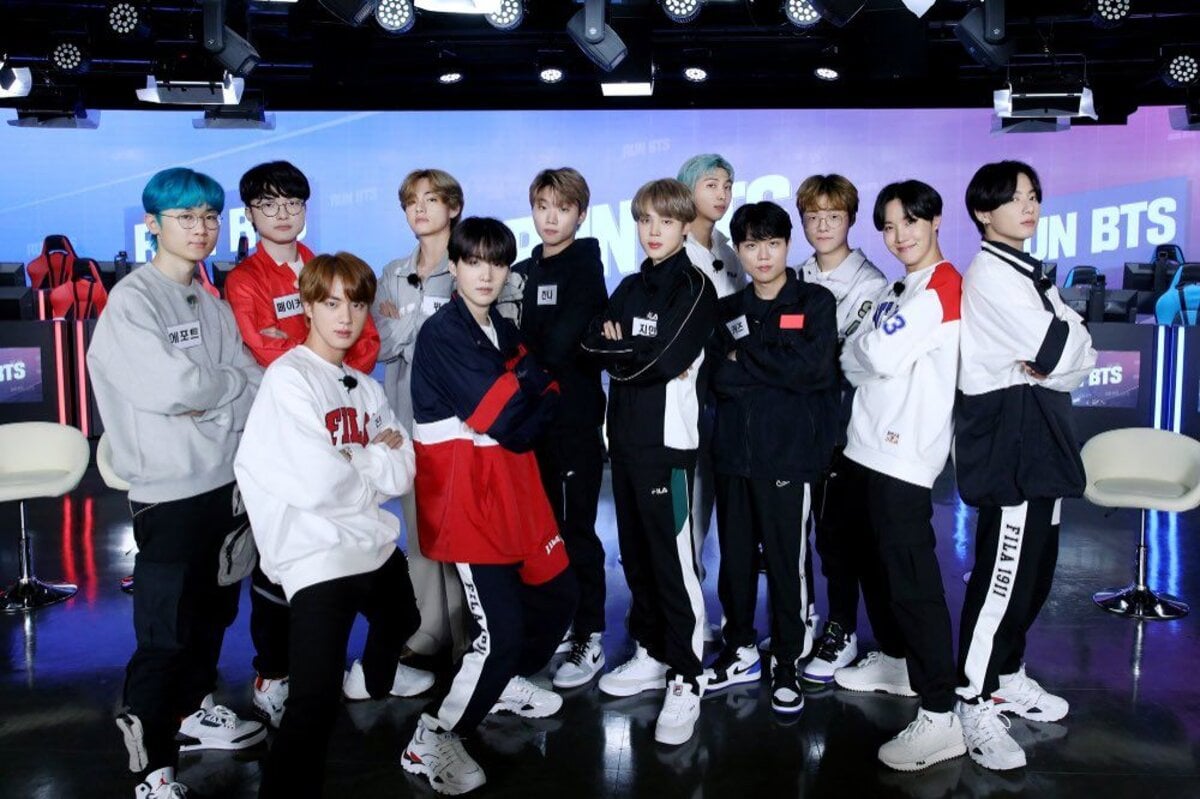 The three-time League of Legends world champions team SKT1 or T1 joined the K-pop juggernaut in a playful gaming session where both teams played different games including LoL and had a massive geek-out fun fest together.

What’s even more interesting to watch is members of T1 like Effort & Faker battle BTS in a very unstable but hysterically comedic sing-off while BTS members try to beat T1 at their own sport.

Both the teams also enjoyed some basic games like rock, paper, scissors to choose their teams for the episodes and have a wholesome meal at the end of the episode. The T1 pro gamers added more chaos to the originally chaotic BTS leading to some hilarious moments on Run BTS. 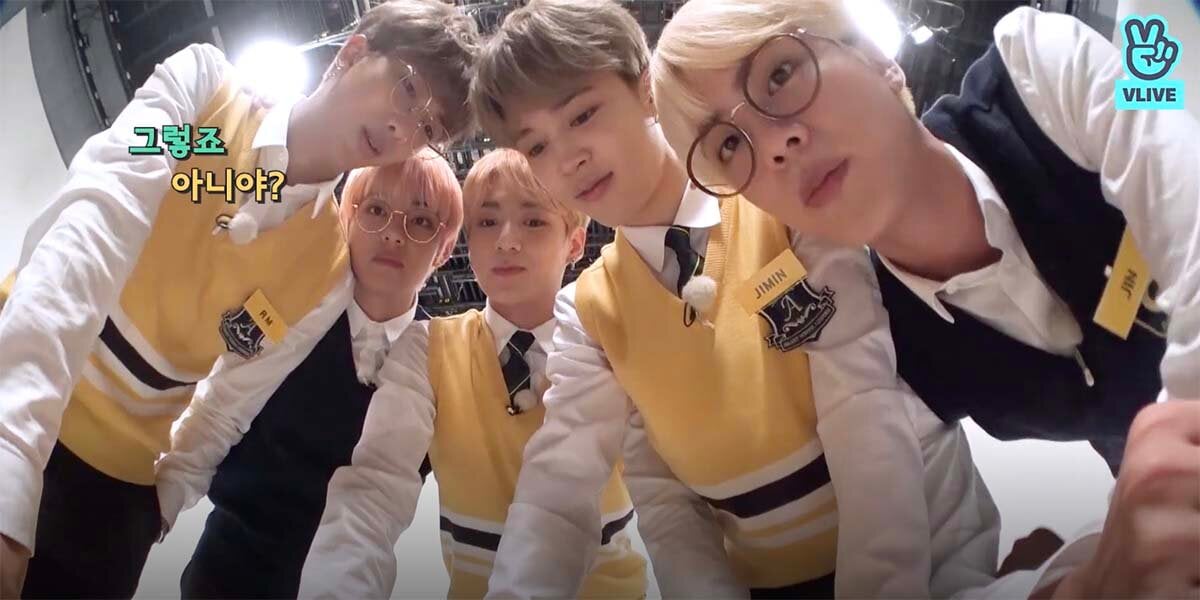 This episode of Run BTS is the origin of RM hating on mint chocolate ice cream and the never-ending debate of the ice cream flavor that ensued ever since. The Run BTS crew cleverly introduced a new way of punishing the boys during the debate – water sprays!

The concept of the debate game is if each member of the debate teams are given forbidden words unbeknownst to the members themselves and if those words are spoken through their arguments, the boys get squirted with water sprays.

The episode led to countless amusing moments & commentary while the boys managed to look amazing in their school uniform-esque outfits despite getting wet. 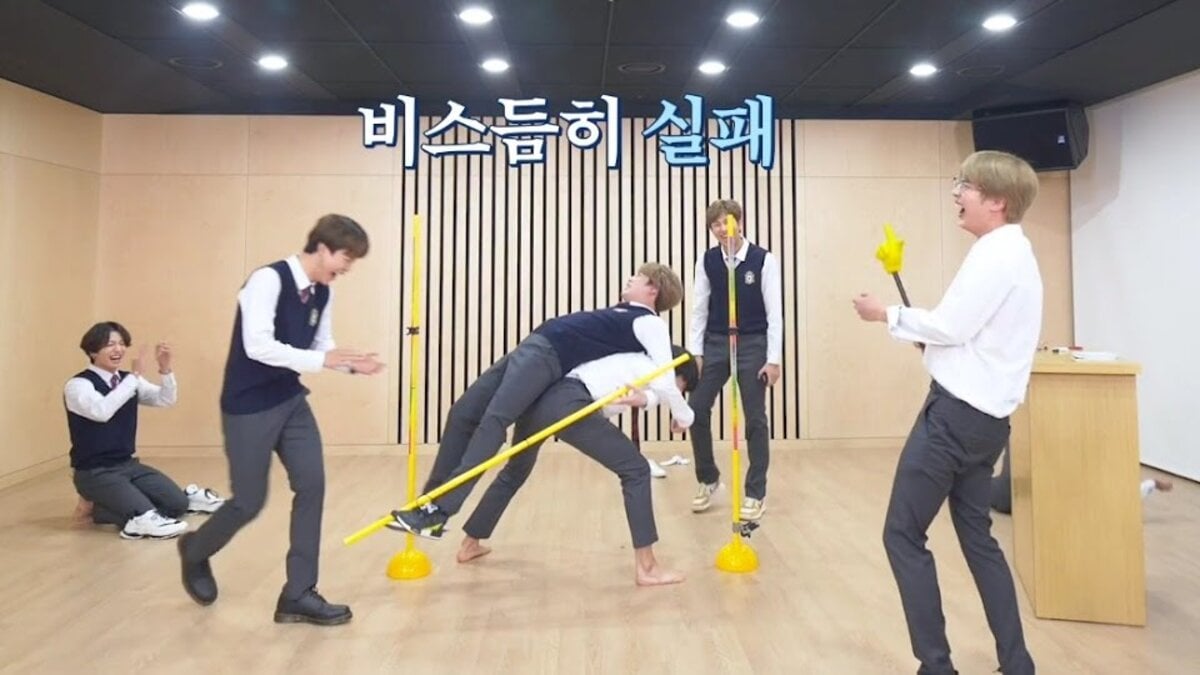 Limboing is tough when carried out alone but imagine holding someone else while limboing through a fairly low setting with a camera glaring down at your facial expressions – close to impossible! But BTS isn’t without talent whether that’s making their audiences & themselves laugh and feel entertained or limboing their way through life (literally!)

One of the funniest moments in this episode is tiny Suga carrying a bear-tall V through the limbo – or at least trying to. The boys had a giant guffaw every time someone tried to make it below the limbo bar and cheered on till they’re successful with the challenge. 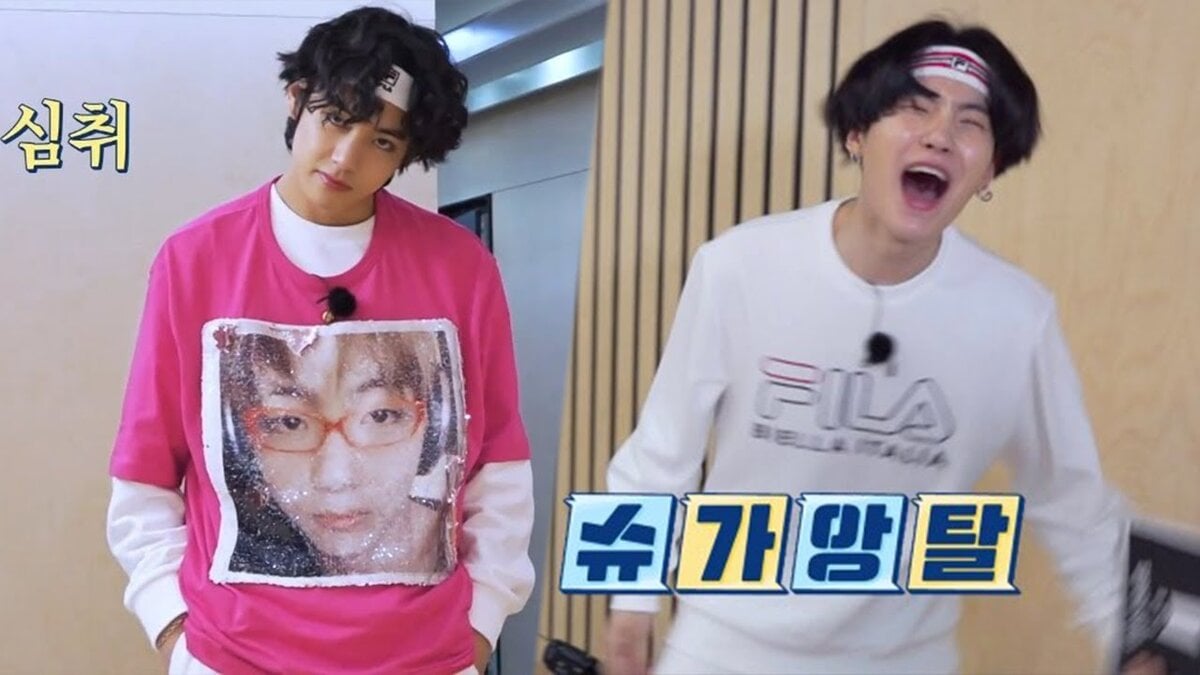 The concept of this set of Run BTS episodes is directly birthed from the minds of the Bangtan Boys. With fourteen different, mindless mini-games/challenges to tackle, the Run BTS crew transformed the Big Hit building into an arcade by setting the games in different rooms & levels of the office. How quarantine-friendly!

The only motivation for BTS to finish the games is going home earlier than the others and also for bragging rights of course – the band members definitely took the bait. From cup stacking to hula-hooping sideways, the BTS boys did everything in their power to win and get off work early making them super relatable for the majority of us.