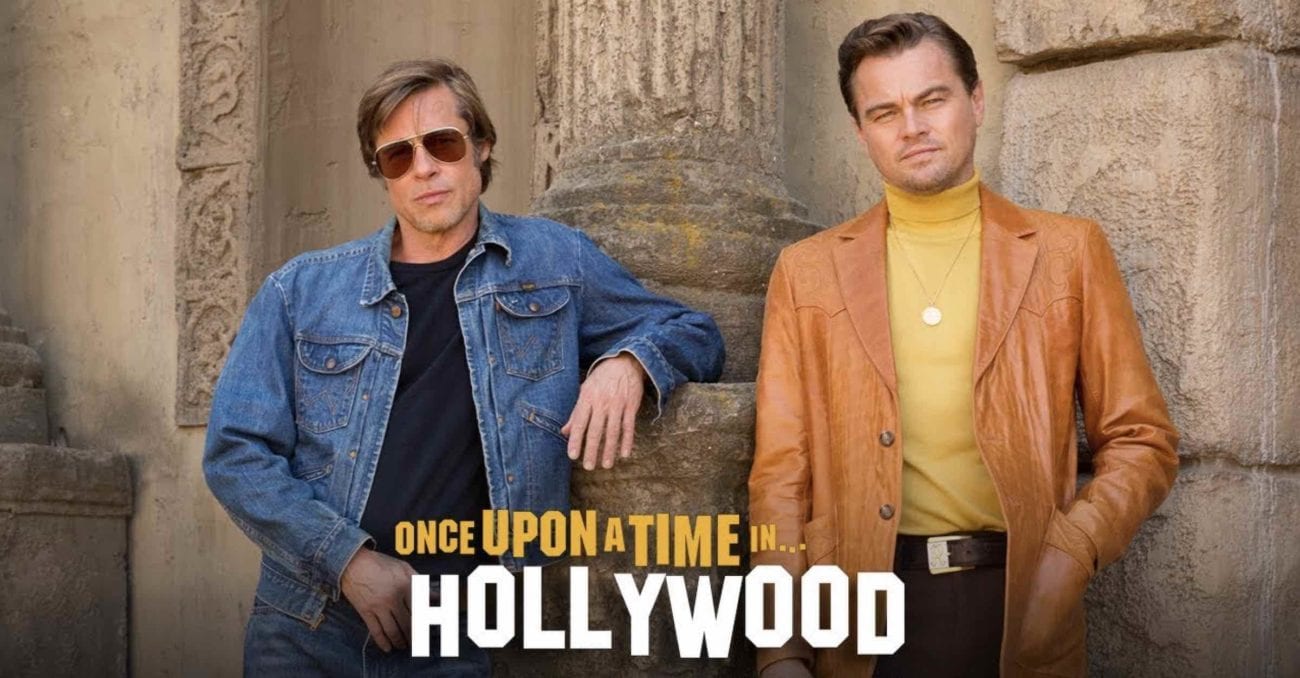 Real or reel: Who’s real in ‘Once Upon a Time in Hollywood’

Quentin Tarantino is coming towards the end of his career – assuming he sticks with his announced “10 films and retire” plan. His ninth film, Once Upon a Time in Hollywood, is officially out and giving the film world more of what they love about Tarentino. Fans of the golden age of television and westerns will love how Tarantino recreates classic shows like FBI and Lancer.

If you’re taking on the golden age of Hollywood (even its very tail end), you’ve got to feature some of the stars of the time. Tarantino takes it a step further and features not only some of the stars, but also brings Sharon Tate and Charles Manson into Once Upon a Time in Hollywood, encompassing all the aspects of late 60sHollywood.

Major spoilers for Once Upon a Time in Hollywood below, so stay alert! 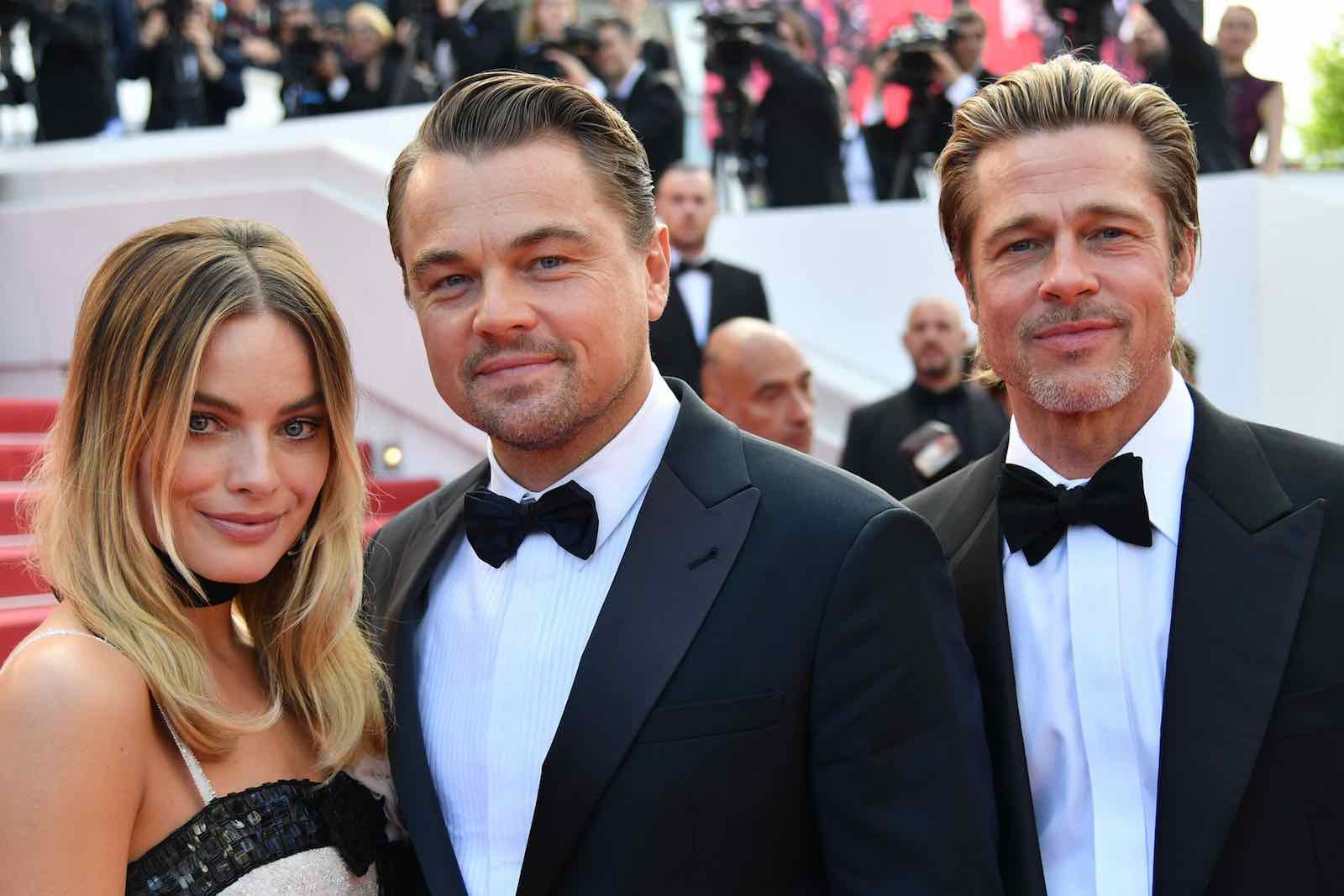 For those familiar with Tarantino and his history of historical pieces, he definitely isn’t afraid to play with the truth. In Inglorious Basterds, Hitler burns to death in a theater. In Django Unchained, the slaves rebel against their plantation owner and succeed. And in Once Upon a Time in Hollywood, Tarantino lets the murder of Sharon Tate disappear from his version of Hollywood.

That’s not the only time in Once Upon a Time in Hollywood where Tarantino stretches the truth. As disappointing as it may be to hear, Rick Dalton (Leonardo DiCaprio) isn’t a real western actor from the 60s, nor will you find Tex’s old Bounty Law lunchbox at a thrift store near you.

Obviously there are a lot of real and fake names mixed into Once Upon a Time in Hollywood. Let’s go through the main cast and sort out the real from the reel. Some of these will be blatantly obvious – others more of a mystery.

No, Leonardo DiCaprio and Brad Pitt’s iconic actor/stunt double duo are not real-life people. The closest match to them would be Burt Reynolds and his stunt double Hal Needham, but even then those two didn’t have the kind of relationship Dalton & Booth have. The characters are influenced by several western actor/stunt double pairs of the time, though. 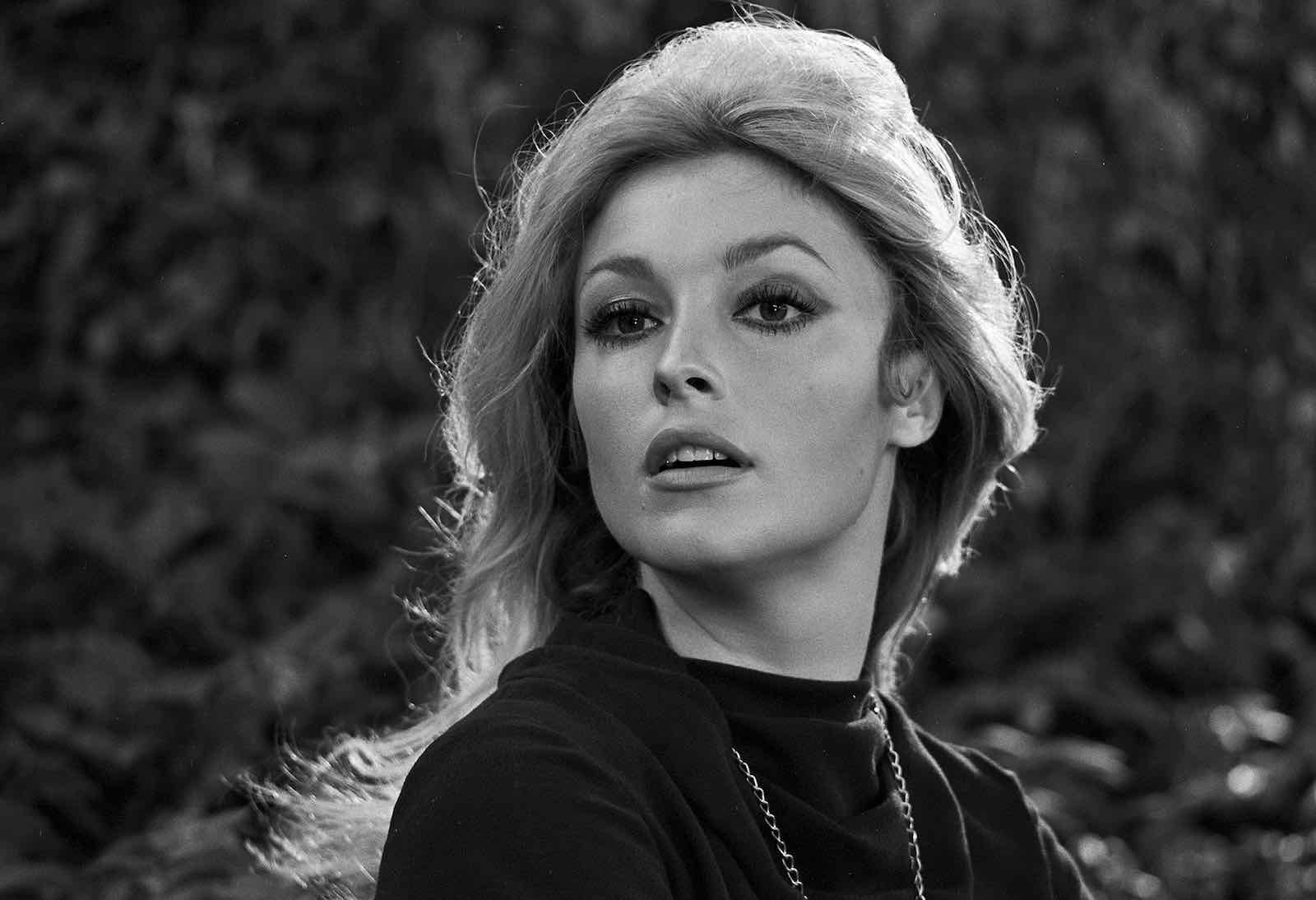 Obviously Sharon Tate was a real person – except in Once Upon a Time in Hollywood, she lives a longer life than 26, gives birth to a beautiful baby, and probably continues to have a stellar film career. It’s great to see Margot Robbie watch the real Sharon Tate on screen in The Wrecking Crew. 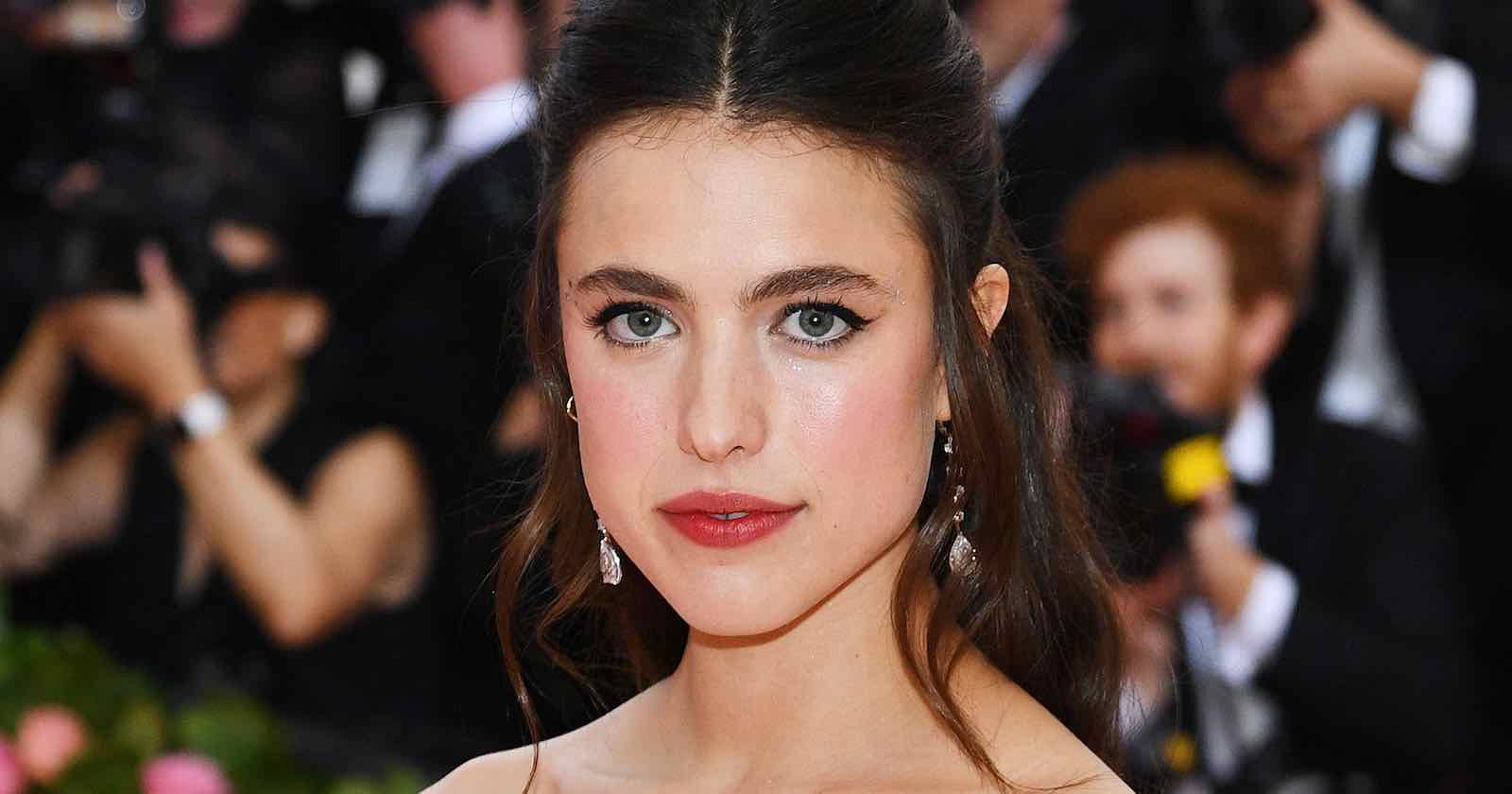 There was a real member of the Manson Family named Kitty, but her role was nothing like Pussycat’s in Once Upon a Time in Hollywood. Pussycat (Margaret Qualley) is a recruiter who purposely hitchhikes downtown to get a ride to the ranch and show them around, introducing them to the lifestyle. Kitty wasn’t really involved with any of the family’s crimes, and even fled the ranch at one point. 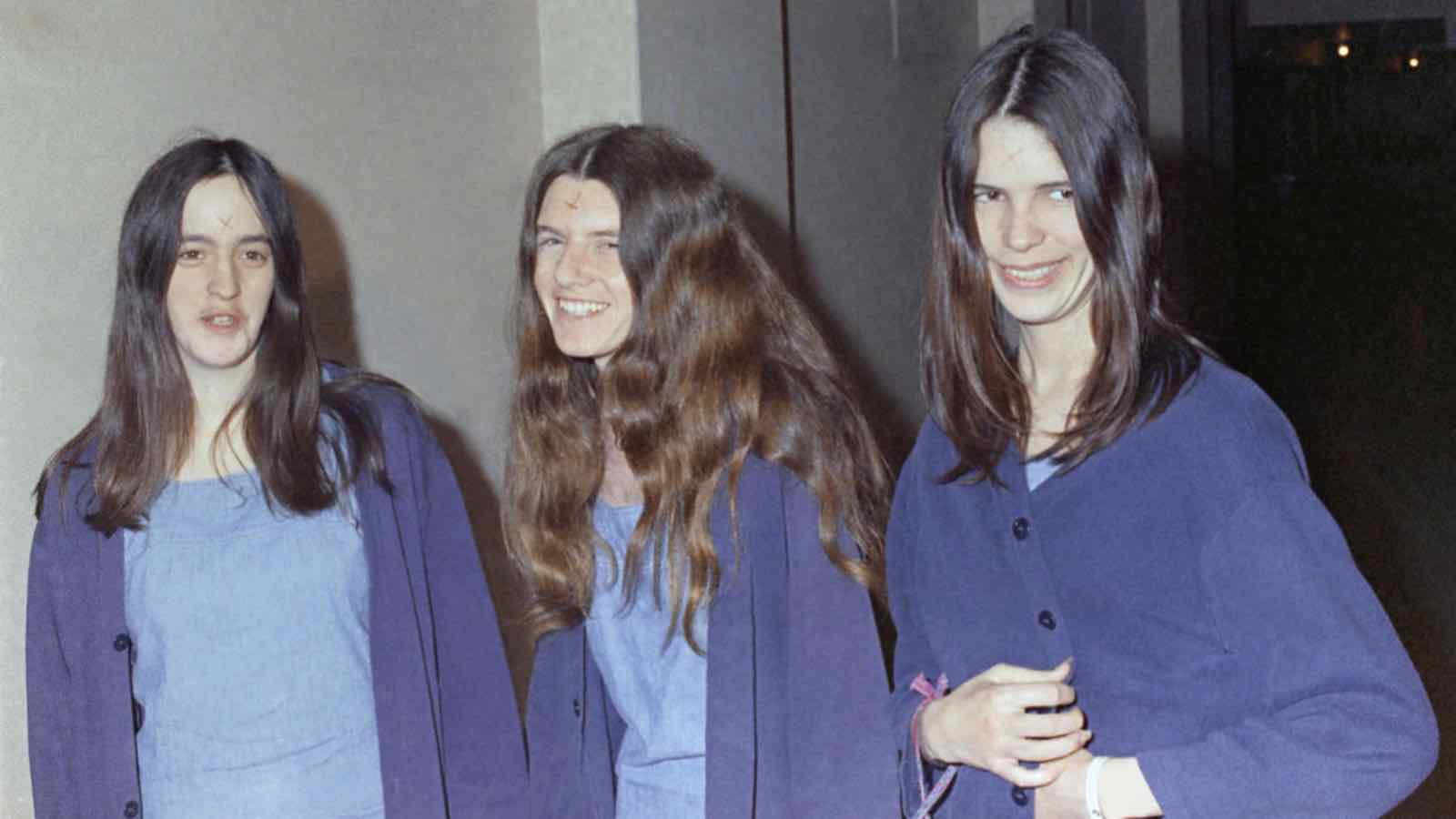 The rest of the Manson Family: Real

Surprisingly, Tarantino decided to be accurate about Charles Manson and his group of followers in Once Upon a Time in Hollywood. Squeaky (Dakota Fanning), Tex (Austin Butler), Susan, and Patricia were all real members of the group. The biggest surprise is the inclusion of George Spahn (Bruce Dern), owner of Spahn Ranch, where the Manson Family hid and planned their crimes. 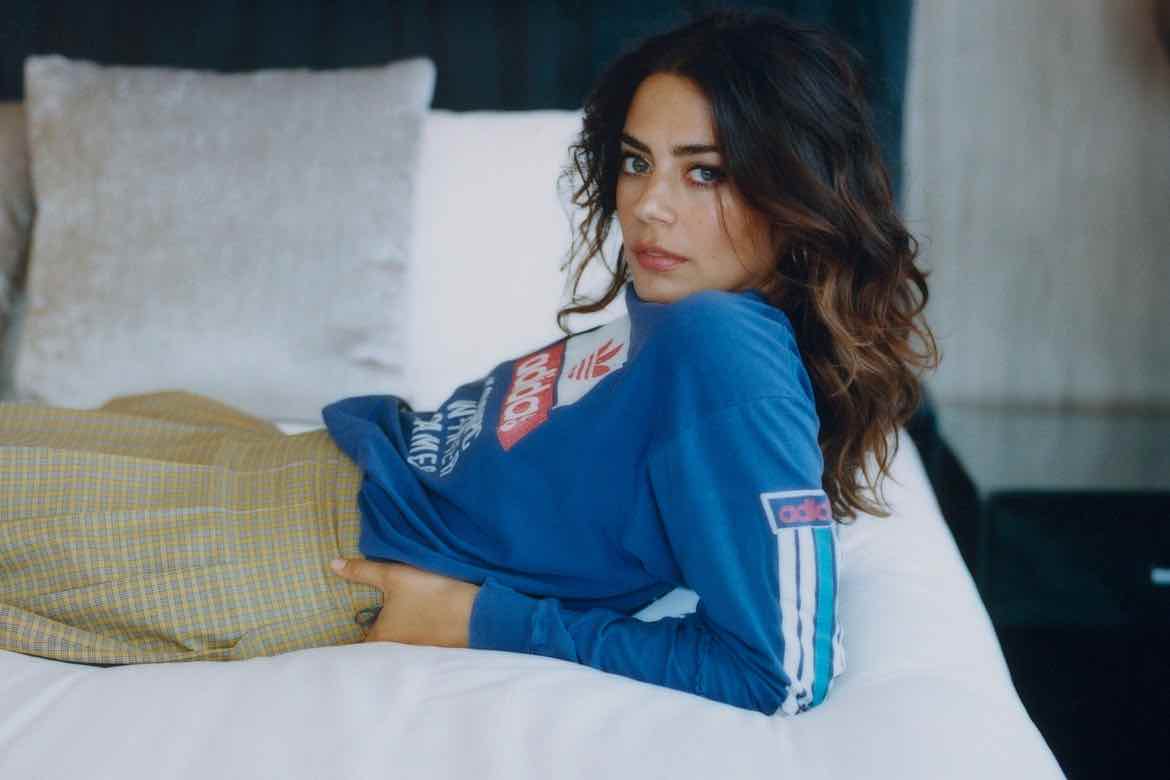 Though there is a real actress named Francesca Cappucci, she’s not the person portrayed by Lorenza Izzo in Once Upon a Time in Hollywood. Izzo’s performance is brilliant however, especially during the Manson Family attack scene. 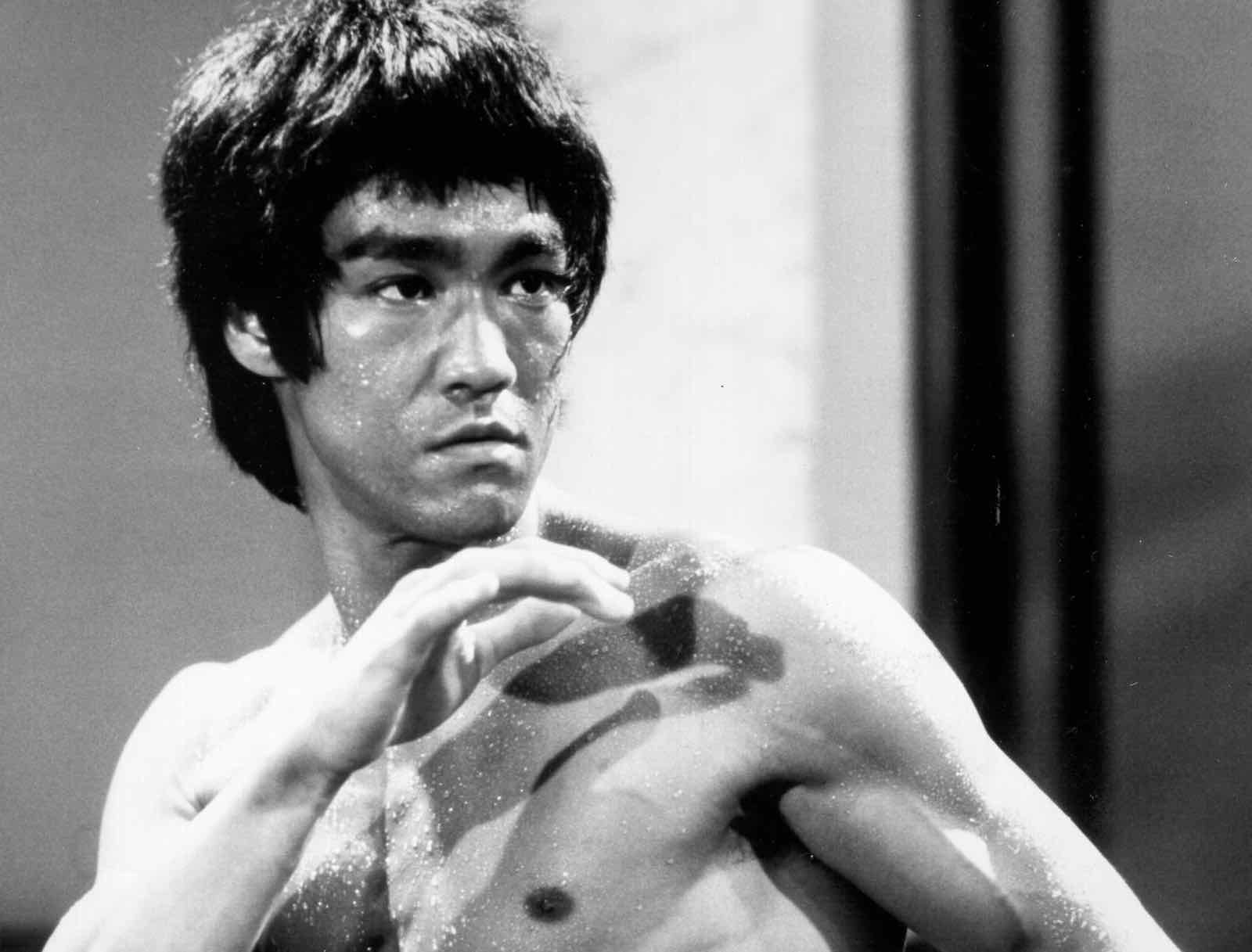 Once Upon a Time in Hollywood features kung fu legend Bruce Lee (Mike Moh) on the set of The Green Hornet and challenging Booth (Brad Pitt) to a battle. 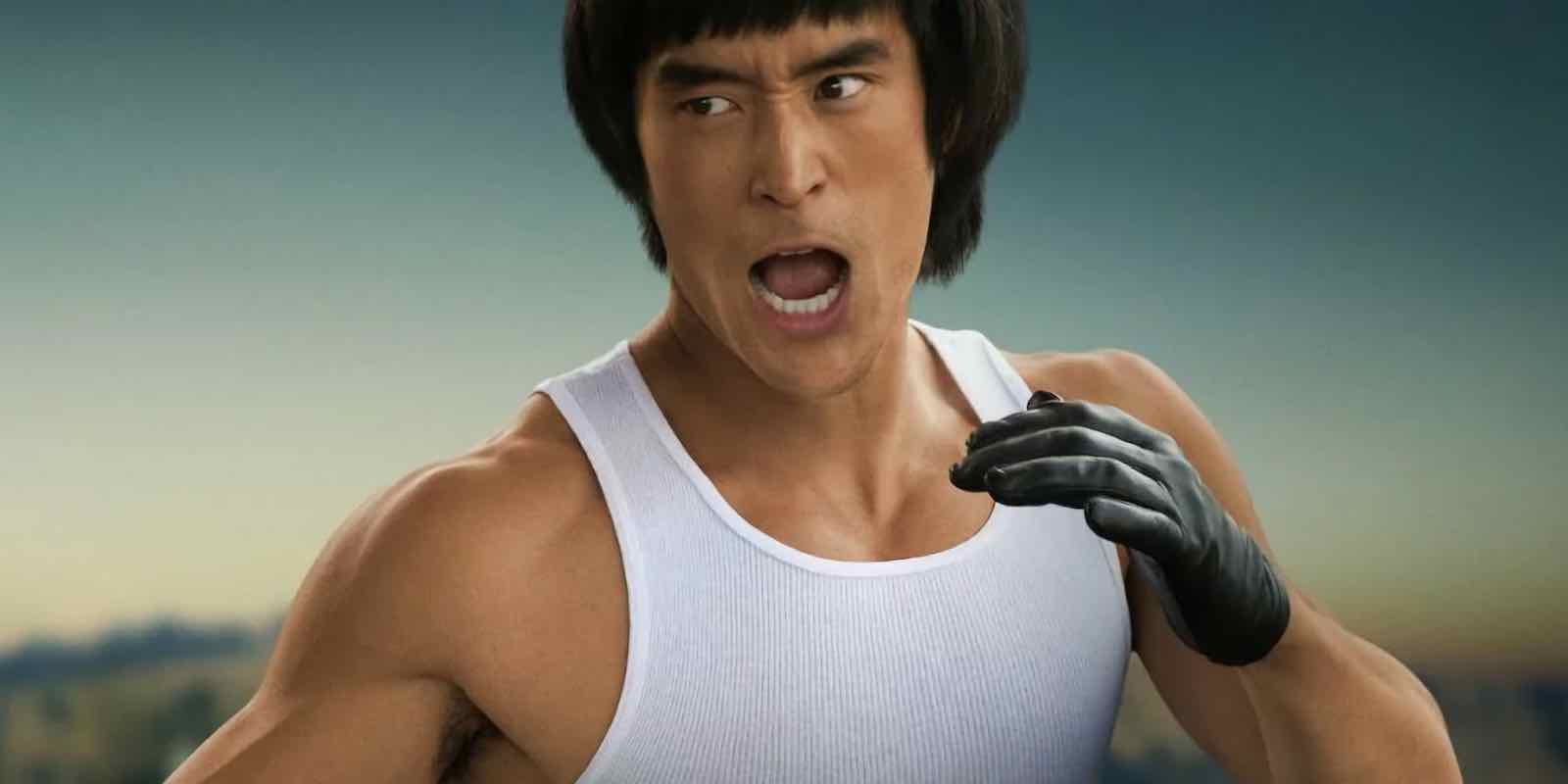 Lee’s daughter Shannon told The Wrap she was saddened by the way Tarantino portrayed Lee as a hothead.

There were no cute child actors on Lancer, but we sure wish Trudi (Julia Butters) was part of Lancer. Once Upon a Time in Hollywood’s dedicated 8-year-old actress who brings Dalton to tears is the best part of the Lancer scenes. She only cares about her role and making sure she gives 100%. A true pro. 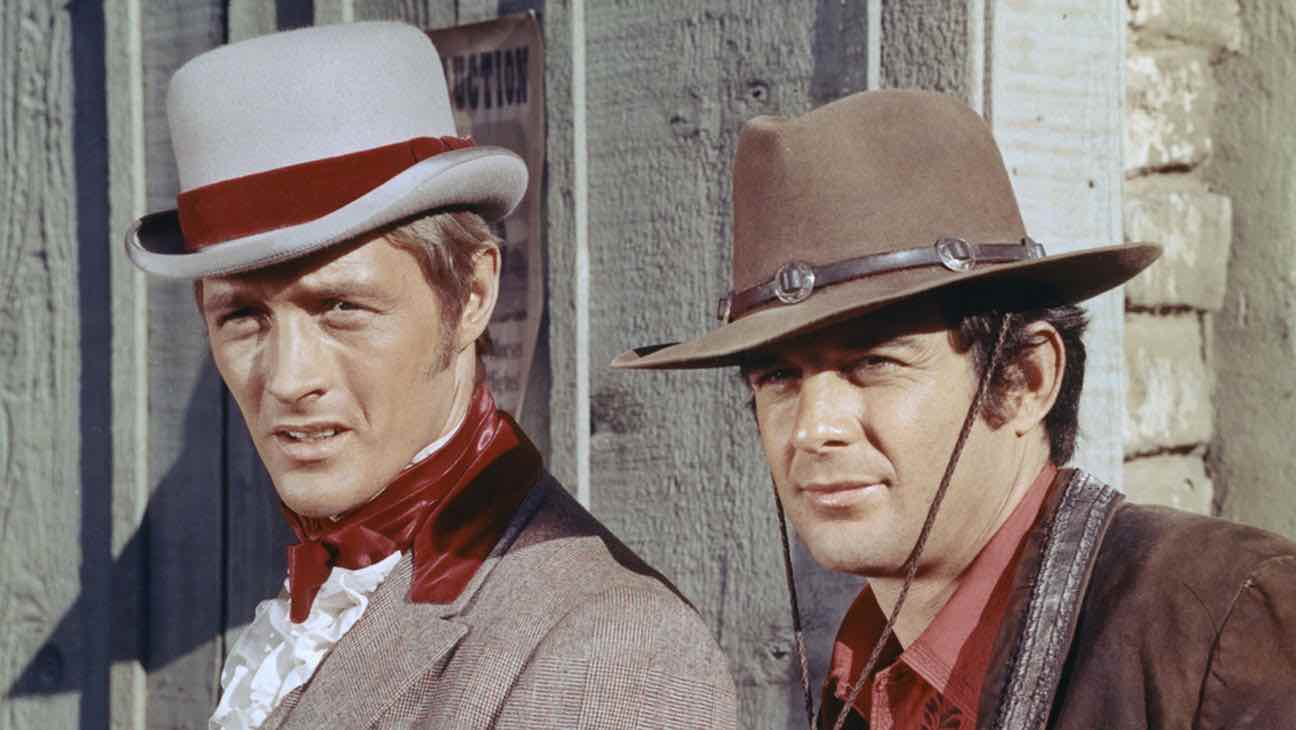 The two actors (played by Luke Perry in his last ever role and Timothy Olyphant) actually were part of the lead cast of Lancer back in the day. Even though Once Upon a Time in Hollywood messes around with the classic TV series, Tarantino keeps the two leading men as part of the cast. Also real is Sam Wanamaker (Nicholas Hammond), who directed the pilot of Lancer in 1968. 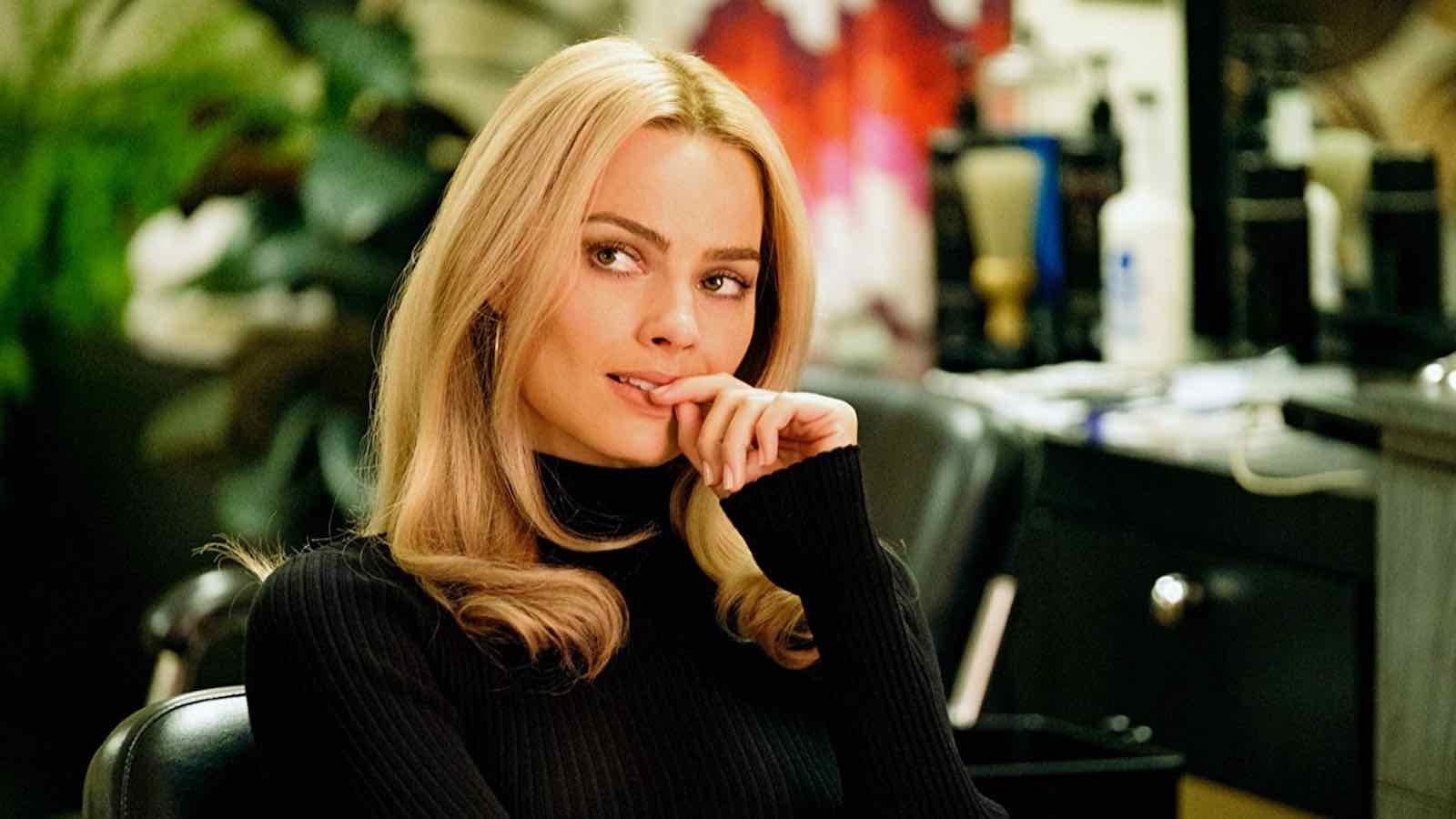 Although this is a cute moment, it’s manufactured to give more screen time to Sharon Tate (and offer Tarantino a moment to indulge his foot fetish). Tate was proud of her film career, but she didn’t sneak into movie theaters to watch the audience react to her performance. It was a great moment for Robbie to honor Tate and the short career. 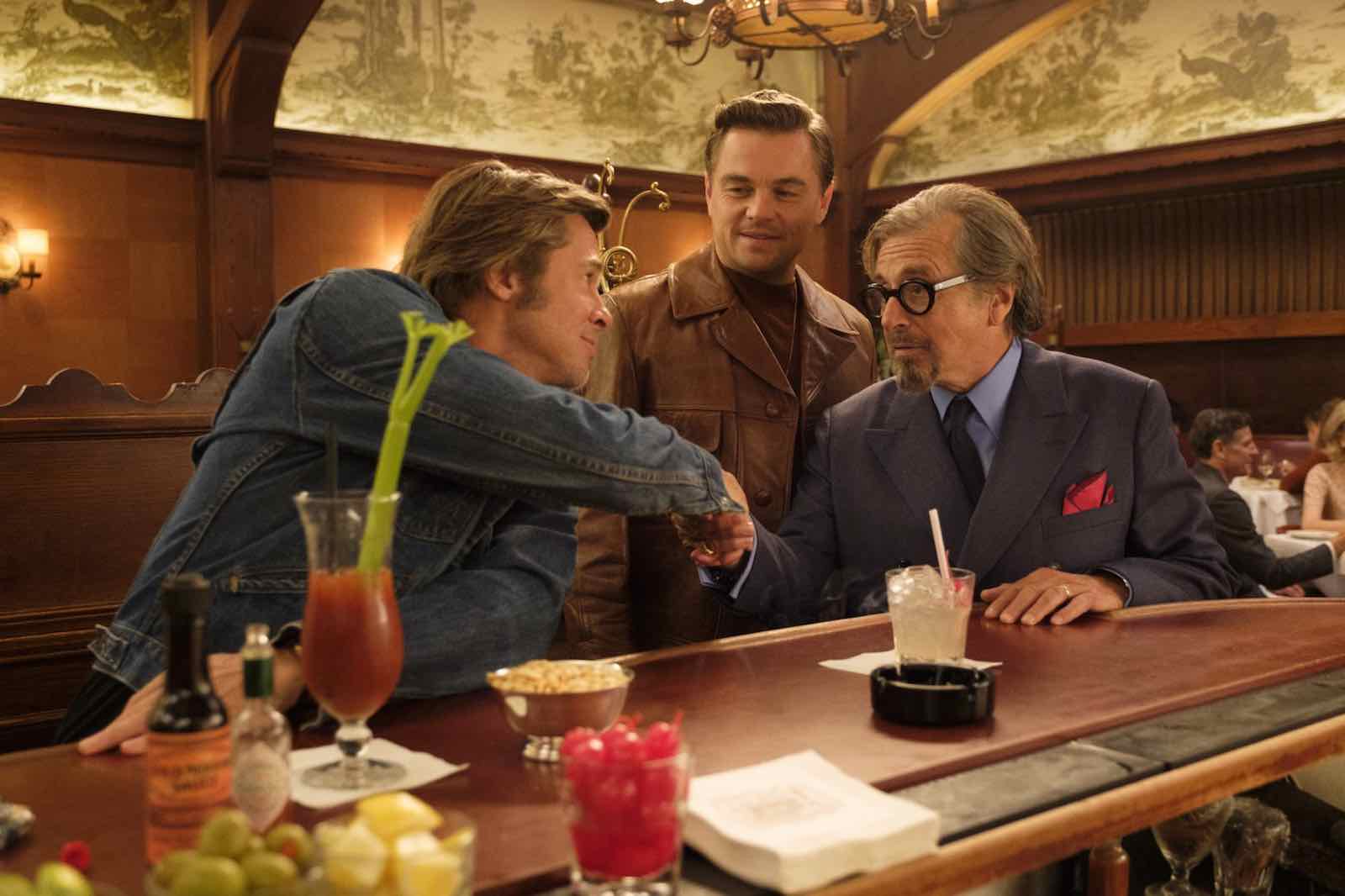 Probably the most surprising cameo in Once Upon a Time in Hollywood is Al Pacino’s, his first appearance in a Tarantino film. Pacino’s role as Dalton’s agent Marvin isn’t as fake as you think. In reality, Marvin Schwartz was a producer on a lot of dramas and westerns throughout the 60s and 70s while also working as a publicist for some of the top stars at the time. He totally would have been Dalton’s agent had he existed IRL. 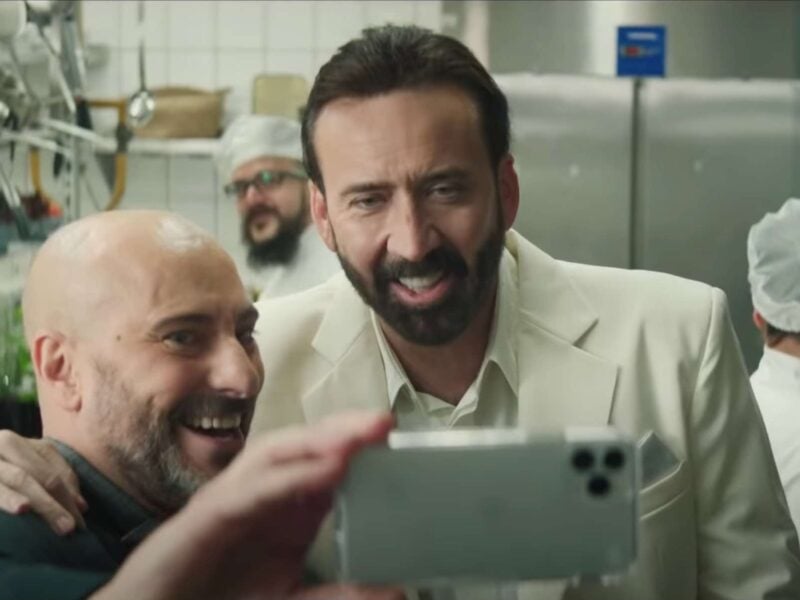