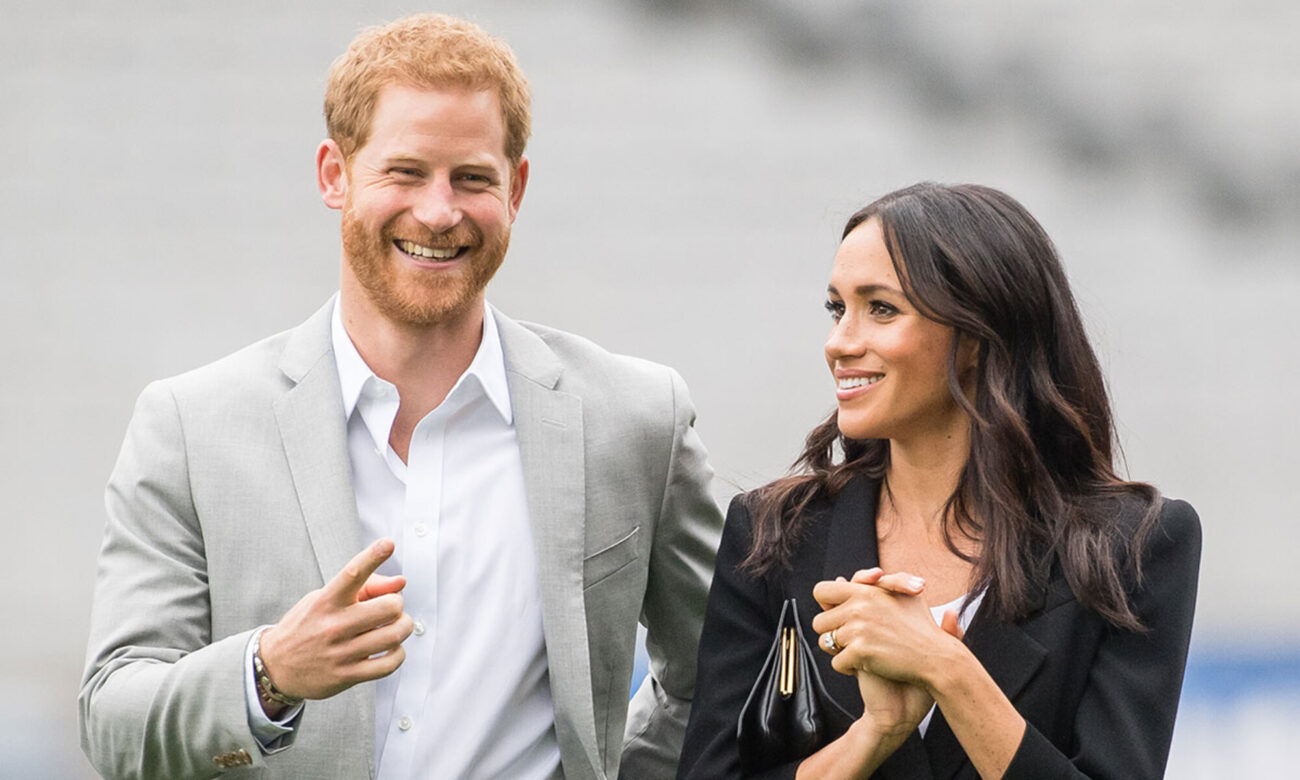 We can’t get enough of Prince Harry & Meghan Markle’s story. From starting out as iconic Senior Royals to being “trapped” by the Firm. Thanks to the media and all the subtle family drama, these royals definitely had a tough time in Buckingham Palace.

But their story isn’t over – We’ll get to see the Duke & Duchess of Sussex story continue thanks to American TV network Lifetime! Though we all saw this film coming, did anyone expect it to happen so soon?  Here’s what the final film will include. 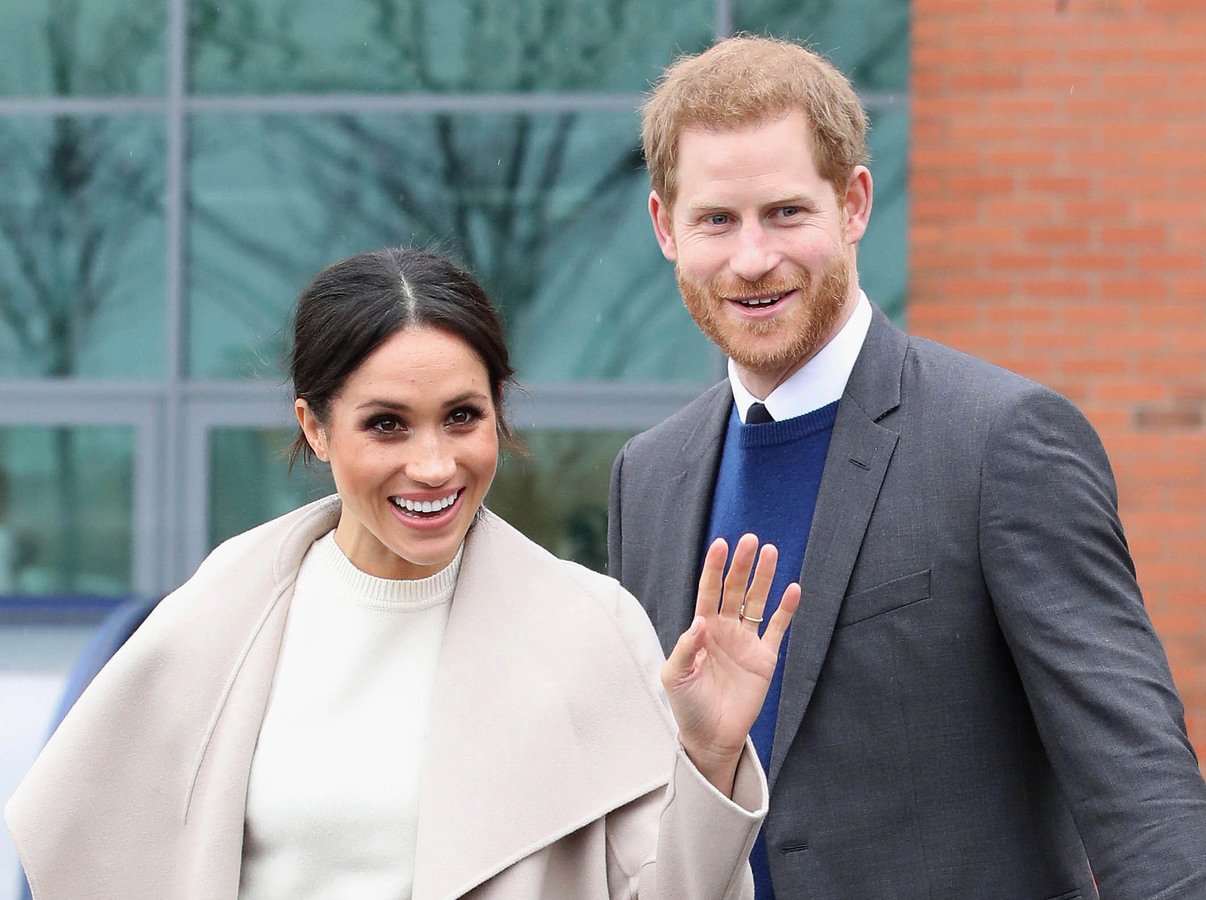 The Oprah Winfrey interview with Prince Harry & Meghan Markle wasn’t the first time we had some inside scoop about life inside the royal palace for the Sussex couple. In fact, the biography Finding Freedom written by royal reporters Omid Scobi & Carolyn Durand introduced the world to their love story, their dating life, adjusting to living together, and most importantly, saying “adios” to the royal family.

However, as authors Omid Scobi & Carolyn Durand noted, “The Duke & Duchess of Sussex were not interviewed and did not contribute to Finding Freedom.” Instead, the book was based on each author’s lived-experience as members of the royal press & independent reporting. 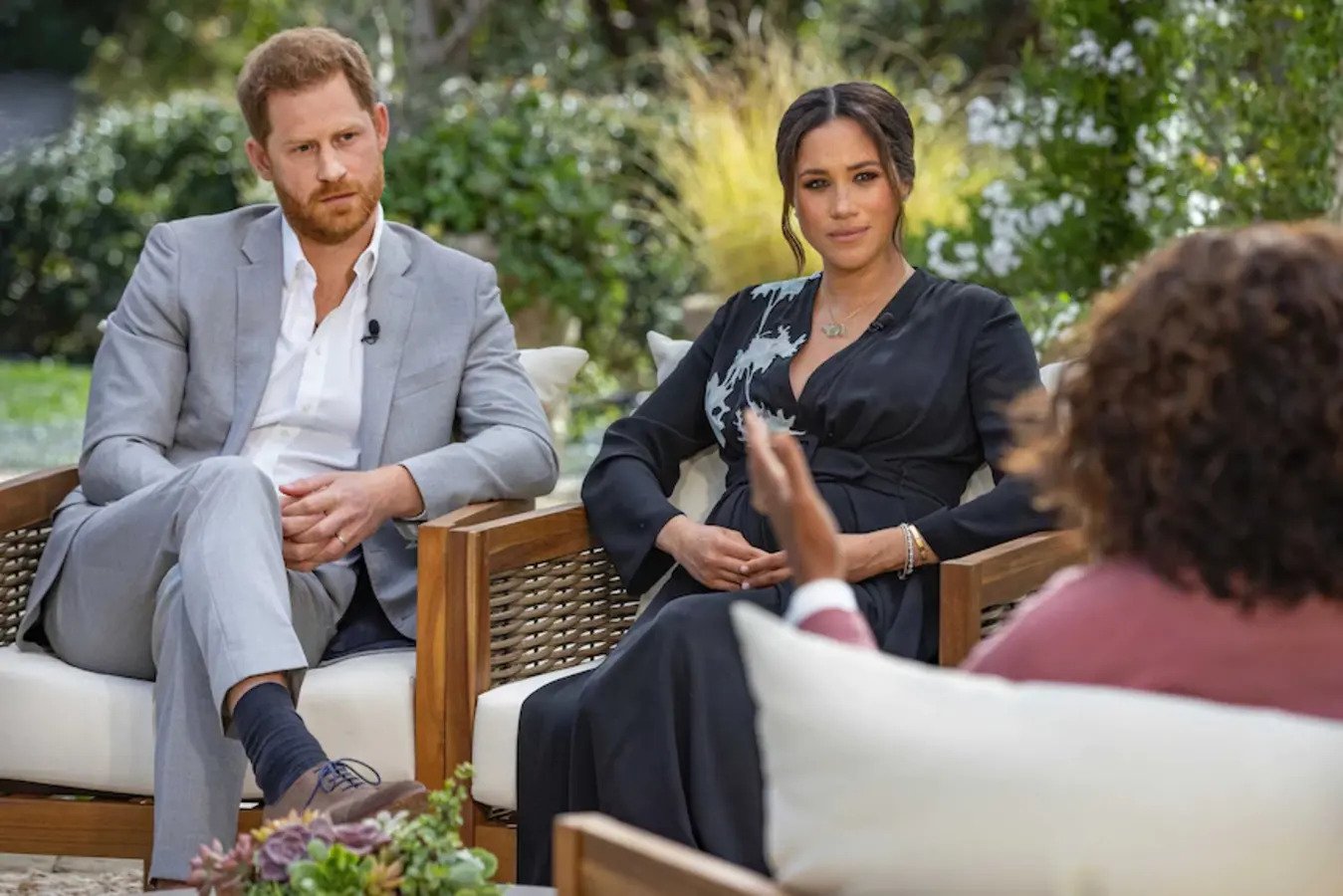 Town and Country Magazine noted that Prince Harry & Meghan Markle’s biography definitely provides us with some interesting facts about the couple like being engaged back in September 2017 and not November like BBC News originally reported. As well as other interesting pieces of information like Prince Harry having a secret Instagram account or Markle’s original plan for giving birth and more.

But the CBS Oprah Winfrey interview gave fans an opportunity to hear the truth from Prince Harry & Meghan Markle themselves which gave the couple a voice. And since they have, Lifetime has taken the opportunity to spread their story further with their latest film. Harry & Meghan: Escaping the Palace will be your next cup of tea. 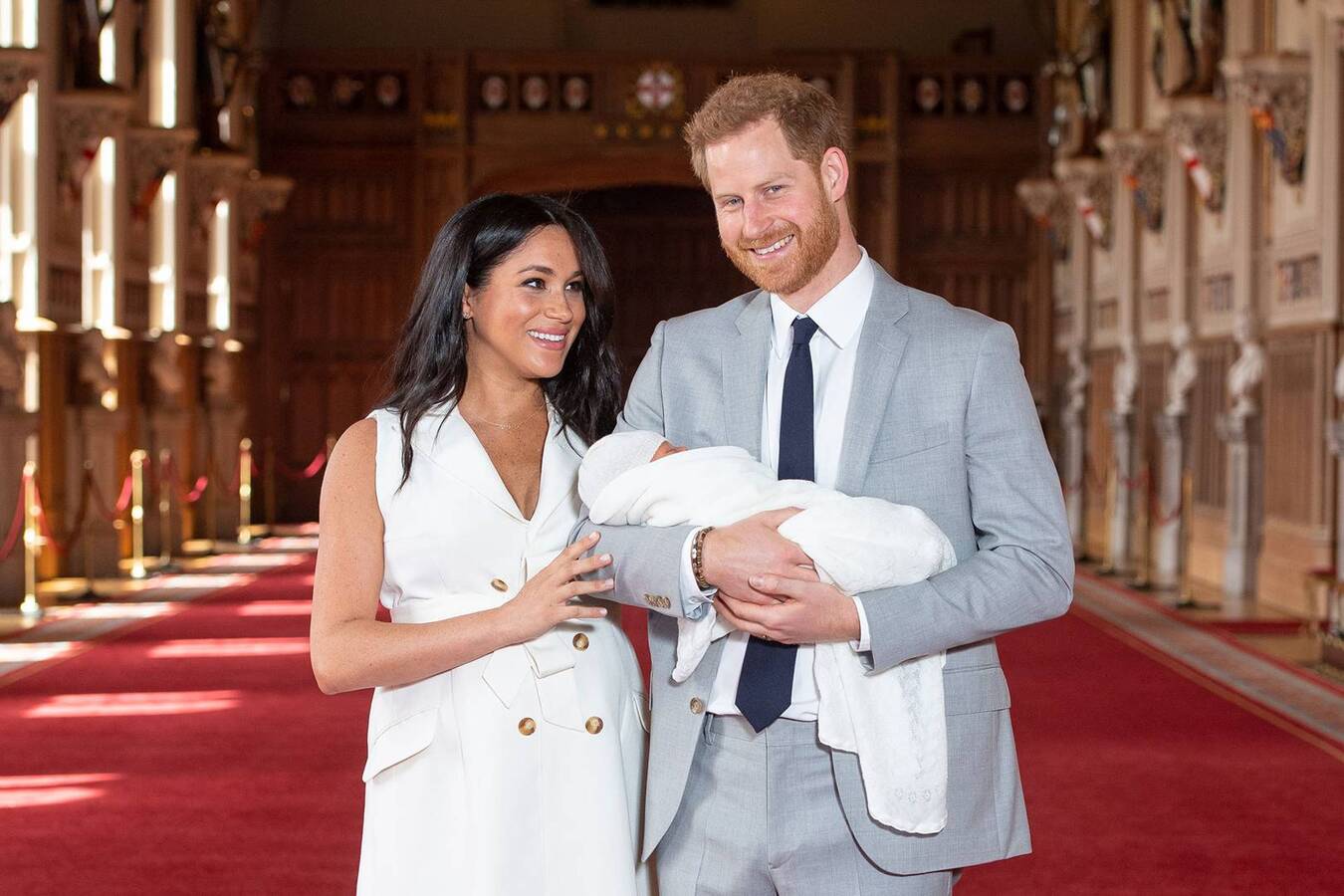 According to the Hollywood Reporter, Lifetime movies have officially “greenlit” the third Harry & Meghan movie, which follows Harry & Meghan: A Royal Romance & Harry & Meghan: Becoming Royal. The third film, Harry & Meghan: Escaping the Palace, is set to start production in spring and premiere by the end of 2021!

Lifetime also announced that the latest installment of the Harry & Meghan franchise will dive deeper and “reveal what really happened inside the palace that drove Harry and Meghan to leave everything behind in order to make a future for themselves and their son Archie.”

Variety added that the third film will also focus on “their (Harry & Meghan’s) disappointment that ‘The Firm’ was not defending them against the press’s attacks and Harry’s fear that history would repeat itself and he would not be able to protect his wife and son from the same forces that caused his mother’s (Princess Diana’s) untimely death.” 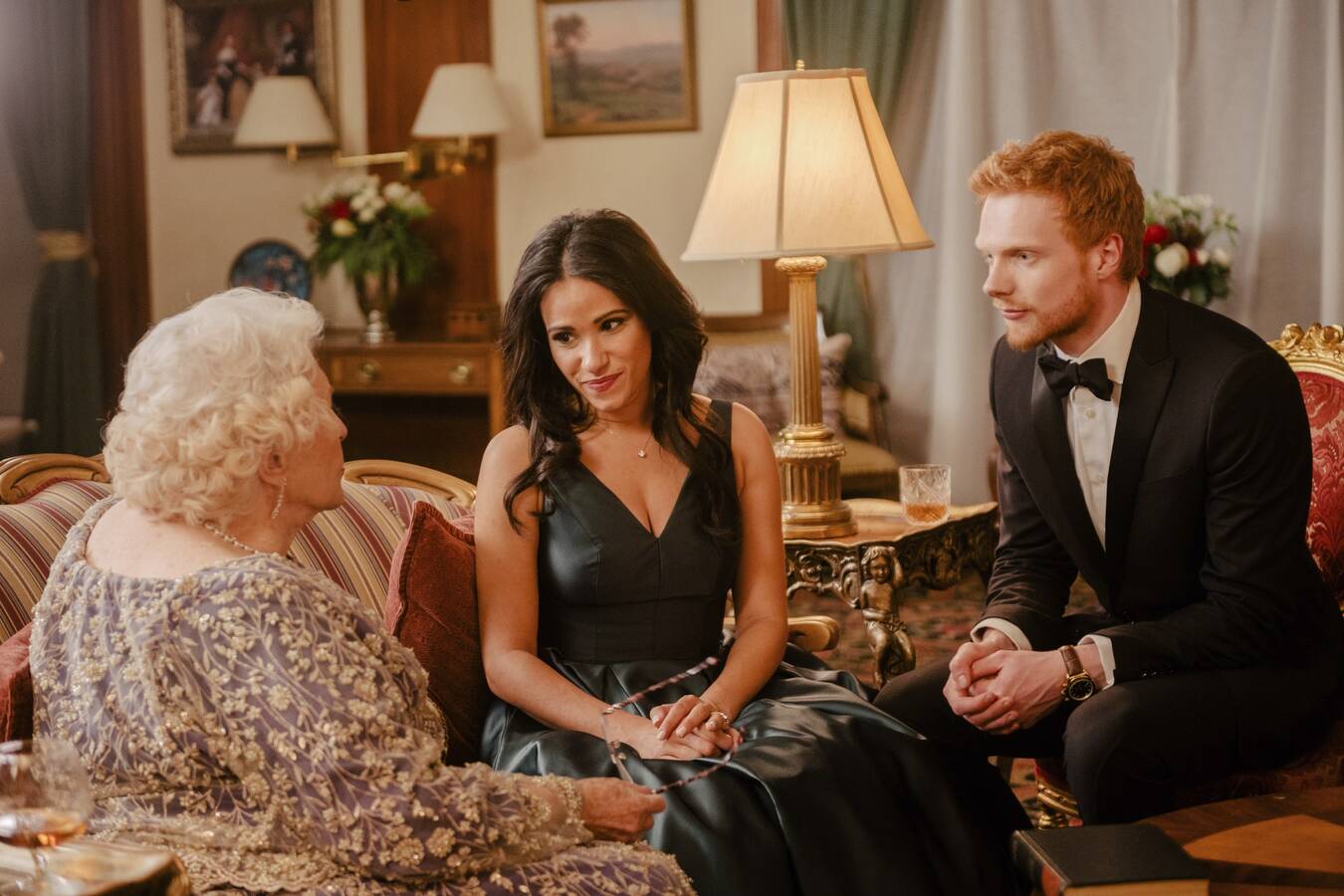 Harry & Meghan: Escaping the Palace will touch on the tension between the Sussex couple and the rest of the British household like Prince Charles, Prince William, and the Duchess of Cambridge Kate Middleton.

If you liked the first two Harry & Meghan films, you’ll be happy to know that Merideth Finn & Michele Weiss will also produce the final installment of the franchise alongside writer Scarlett Lacey and director Menhaj Huda.

Lifetime has also presented different actors filling the role as Duke & Duchess of Sussex. In Harry & Meghan: A Royal Romance, we saw actors Murray Fraser (Harry) & Parisa Fitz-Henley (Meghan), and in the second film, Charlie Field (Harry) & Tiffany Smith (Meghan) played the royal couple. But who is going to play the royal couple? We’ll have to wait & see!

Thanks to A&E Networks, Harry & Meghan: Escaping the Palace will be available across the globe. Are you ready for another film about the royal couple? Let us know in the comments below.