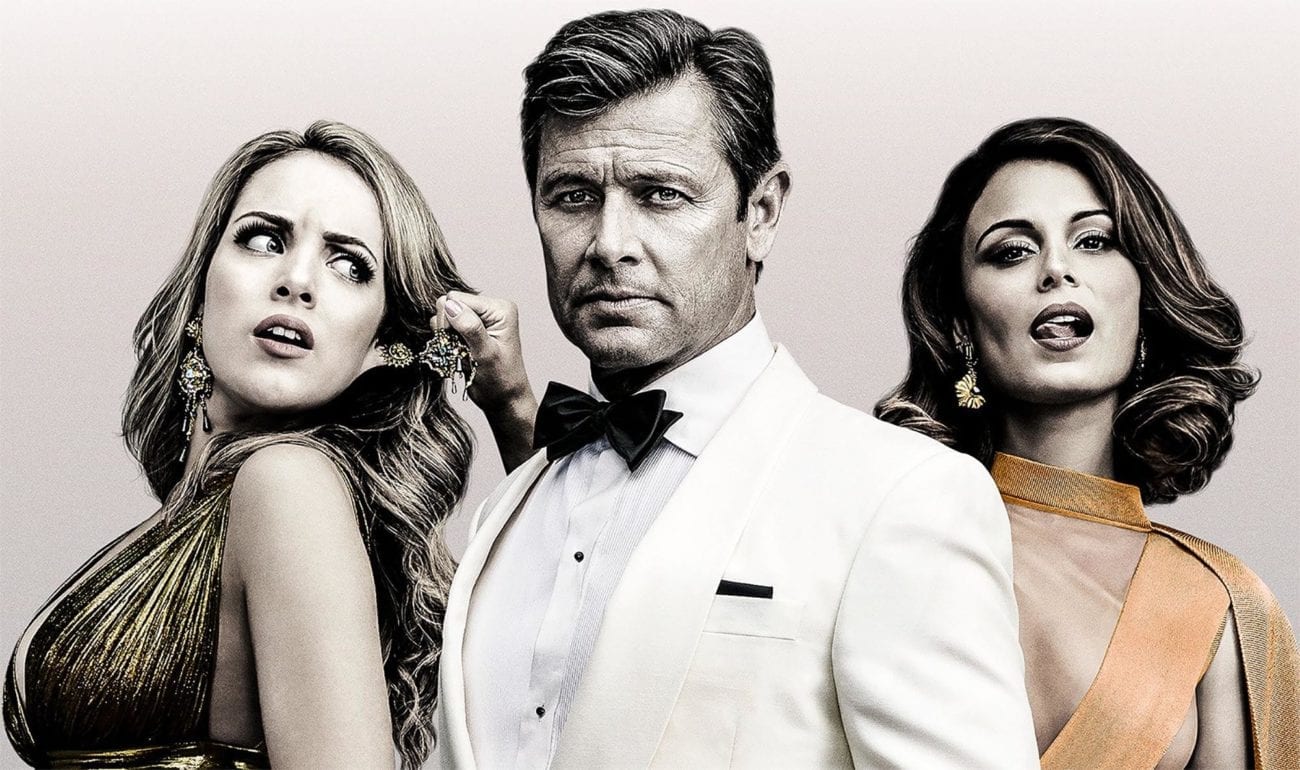 What with our obsession with Netflix’s GLOW and Dwayne “The Rock” Johnson starring in just about every damn blockbuster to hit the silver screen in recent years, the topic of wrestling has seen somewhat of a resurgence in recent times.

But while audiences can’t get enough of Zoya the Destroyer and the Gorgeous Ladies of Wrestling, The Rock on the other hand has mostly left his persona back in the 80s where it belongs. No matter how much we relish the slamming costumes of Netflix’s hit show, wrestling will always belong to the decade of decadence. 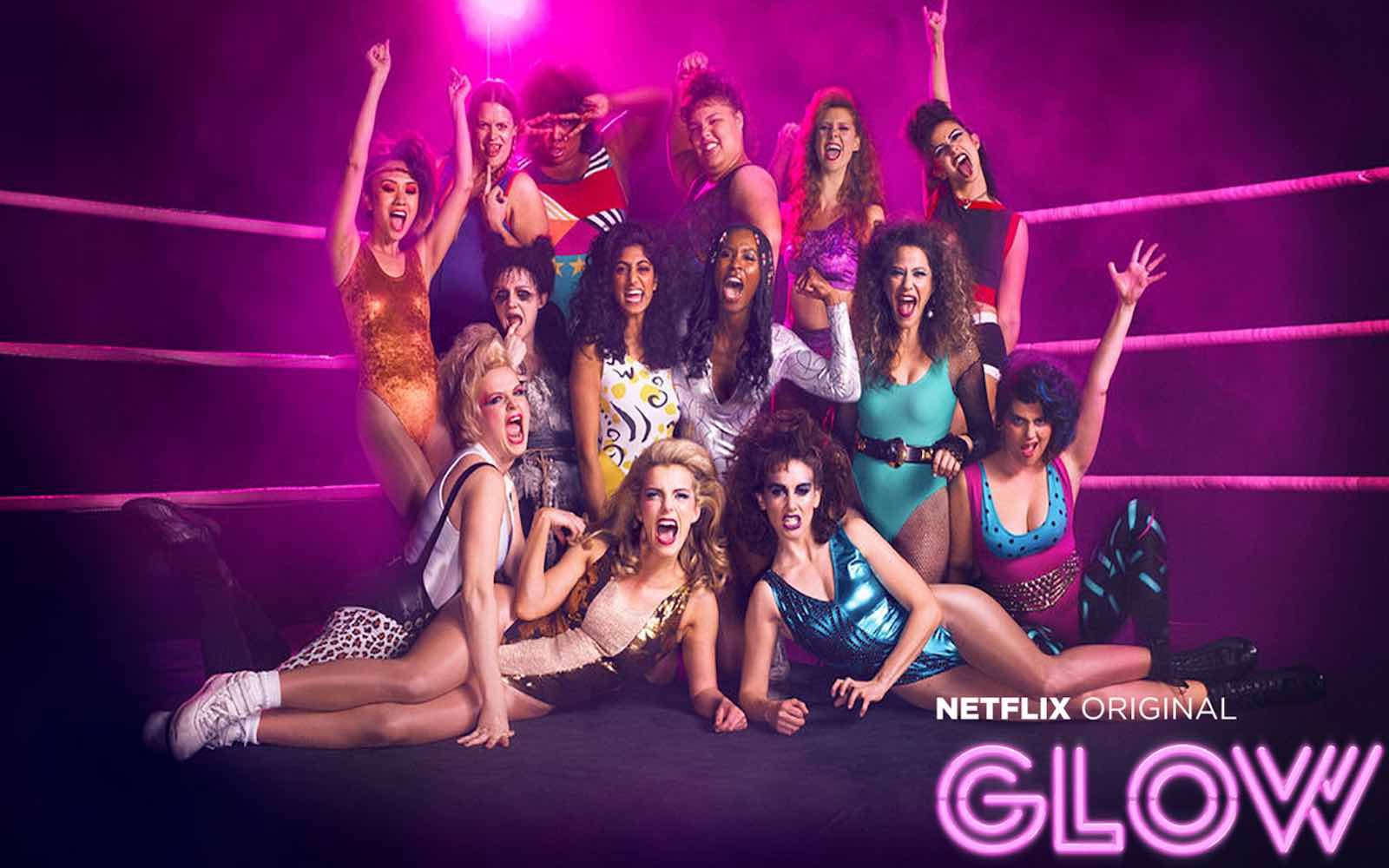 Another era-defining show of the 80s was Dynasty, which is why the much-hyped reboot of the 80s super soap has been met with mixed reviews. While it retained many of the core elements of the iconic original, perhaps some things (criminal hairstyles included) are better left in the past.

In light of the forthcoming season two of GLOW and S1 of the Dynasty reboot hitting Netflix, we’re merging the two concepts to figure out whether the revival is as good as the original by pitting the stars against each other. Time to get your jeer on – it’s the Dynasty Smackdown.

Round One: Old Fallon vs. New Fallon

OG Fallon (Pamela Sue Martin) was a headstrong brat with father issues, treated men like luggage, suffered from amnesia, and took a ride in a UFO. 2017 Fallon (Elizabeth Gillies) still loves men, but life is on her terms. She doesn’t want Daddy’s approval – she wants his company.

Result: It’s close, but New Fallon body-slammed her way into a win with her newfound independence.

Speaking of Daddy darling, in the 80s Blake (John Forsythe) ruled with a moral hand. However, the new Blake (Grant Show) is bad – blackmailing Krystle, bribing police, and knocking down his wife’s lover’s pregnant wife (you keeping up?) are just some of his exploits in the reboot.

Result: Retro Blake evens the scoreboard – we need a goodie in the ranks.

Round Three: Krystle vs. Cristal

Krystle with a K (Linda Evans) may have been slow, but that didn’t stop her tossing enemies like rag dolls (just like she does in the ring). Cristal with a C (Nathalie Kelley) is annoying AF, but that’s not to say she doesn’t have guts facing up to Alexis, Fallon, and crazies with guns.

Result: Krystle smacks Cristal to the canvas. It’s a wipeout!

Round Four: Sammy Jo vs. Sam

Sammy Jo (Heather Locklear) was a pain. She arranged for Krystle to be kidnapped, tortured Steven, and slept with pretty much everyone in Denver. Sam (Rafael de la Fuente) on the other hand is adorable and perfect for serious Steven.

Result: Landslide to Sam – the dude is an angel.

Joan Collins (Empire of the Ants) as the old Alexis oozed glamour, malice, and more lip gloss than RuPaul’s dressing room and caused miscarriages, breakups, and terrorist attacks while she was at it. The newbie is cut from the same cloth (hello Nicollette Sheridan), but it’s an inferior fabric. She plays the role for laughs which is a total shame.

So what’s the verdict? 80s Dynasty claws a win with bright red talons. The pretender to the throne may have more twists than a Disneyland roller coaster, but the original still has class. 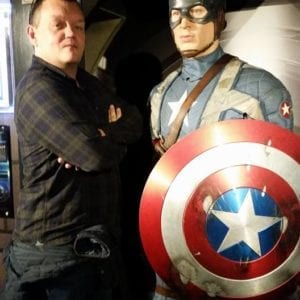 Chris Park has a day job but he’d rather be writing. He writes for two cultural websites in England as well as having a go at his own stuff since he got a Masters in TV and Radio Scriptwriting, he’s also a fledgling blogger, parkslife.blog. He has a ridiculous love of Star Wars and in particular C3P0 as well as all things Marvel and loves a Brit flick too.