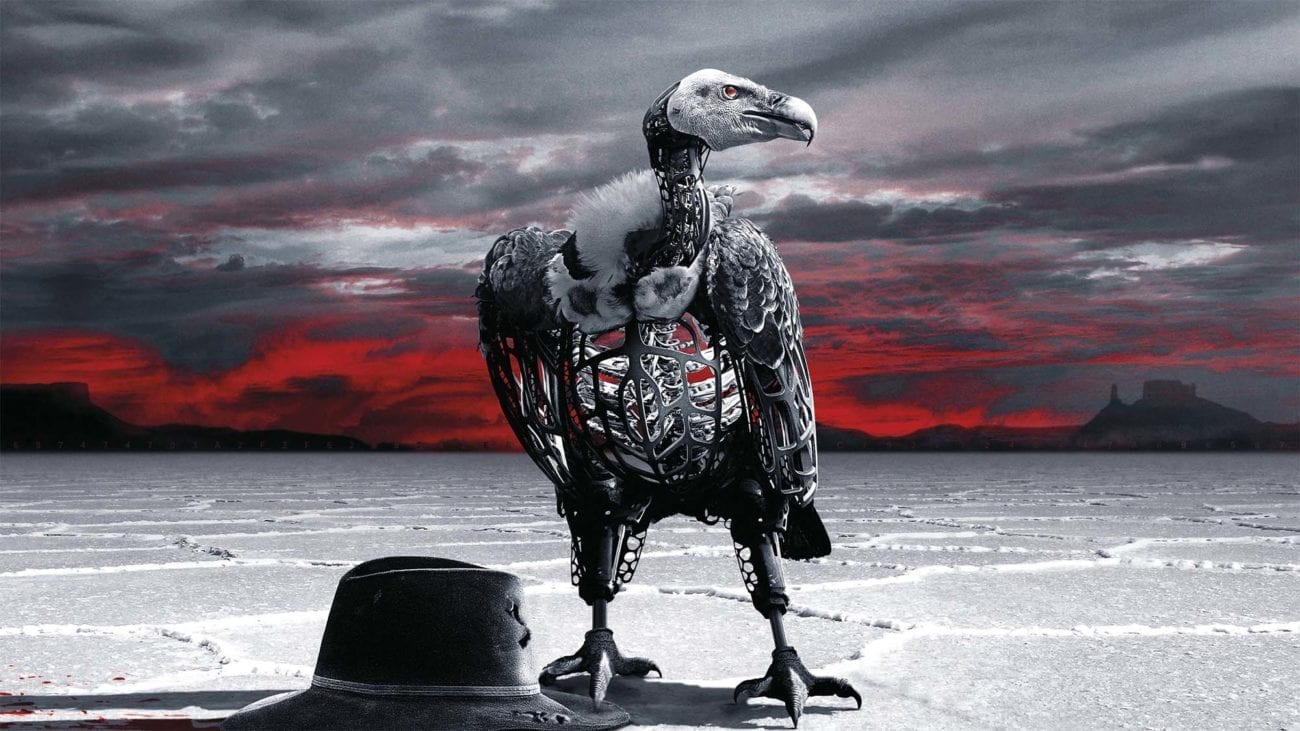 The valley beyond: The biggest mysteries and revelations in ‘Westworld’ S2E2

We’re only two episodes into S2 of Westworld and already the show has set up a captivating set of mysteries and made a compelling series of statements regarding the insidious potential nature of the park. In S2E2 of Westworld, a number of striking revelations were made and a range of questions raised as to the many secrets being harbored within the park and by the seedy vested interests of Delos Incorporated. Here are the four biggest takeaways from the episode that currently have us on the edge of our seats in anticipation for the next episode.

Delos Incorporated has some business savvy ideas for data-mining

In the S2 premiere, we were made privy to the idea that the park has been “logging records of guest experiences” including DNA (gross), as Bernard (Jeffrey Wright) witnessed two drones data-mining a fallen host. The Man in Black (Ed Harris) even reveals to Lawrence (Clifton Collins Jr.), “We were tallying up all their sins . . . of course, judgement wasn’t the point. We had something else in mind entirely.” Episode two seems to offer up a nefarious suggestion of what that point might actually be.

When William (Jimmi Simpson) brings his father-in-law James Delos (Peter Mullan) to the park with an eye for investing in it, he shares the idea that half of the marketing budget “goes to figuring out what people want. Because they don’t know.” The future psychopath then goes on to suggest that there’s a wider, far more lucrative opportunity at stake in giving people the freedom to do whatever they want without judgement. “This is the only place in the world where you get to see people for who they really are. If you don’t see the business in that, then you’re not the businessman I thought you were.” Yikes.

The hosts can leave the park (and have)

Hold up, so Dolores (Evan Rachel Wood) once visited China with Arnold (Wright) and Robert Ford (Anthony Hopkins)? Holy crap, y’all. Showing Dolores awestruck by the vast cityscape before her, she muses that it “looks like the stars have been scattered across the ground.” As we later find out in the episode, Dolores has access to a whole heap of memories from this time, which suggests she might be able to capably handle the modern world beyond the park. It also leaves us wondering whether any other hosts have previously left the park and what that could mean for them.

The park could be the downfall of humanity

Firstly, no d’uh! But also, the bleak sentiment expressed by Logan Delos (Ben Barnes) to Dolores in a flashback seems to suggest the park offers even greater dangers to humanity than what we’ve already seen. “Do you wanna know what they’re really celebrating up there? That, darling, is the sound of fools fiddling while the whole fucking species starts to burn. And the funniest fucking part? They lit the match.”

What is Glory / the Valley Beyond and how can it be used as a weapon?

Earlier in the episode, we see El Lazo sharing some parting words with the Man in Black before shooting himself in the head: “I’ll see you in the Valley Beyond, William.” While Lawrence is understandably confused about who this bullet-ridden corpse is (especially after the Man in Black pumps another few rounds in him and calls him Robert), he’s even more intrigued about the mysteries behind this place of judgement they’re looking for. “I built it. The place we’re going is my biggest mistake,” the Man in Black tells him.

At the end of the episode, we’re given some more detail on the nature of the mysterious place that some call Glory and others call the Valley Beyond. In a flashback sequence, we see William at his villainous best showing Dolores a massive digging site and stating, “I can’t wait to use you and every one of your kind to help give it to them. And now there’s something else. There’s something beyond that. I think there’s an answer here to a question no one has ever even dreamed of asking. Do you want to see?”

In the future, Dolores informs Teddy (James Marsden) that she remembers exactly what she saw and the ramifications of it. “I know what we’re going to find there. An old friend was foolish enough to show me long ago. It’s not a place. It’s a weapon — and I’m going to use it to destroy them.” Whatever this place may be, it’s exciting to know that it’s something a man as despicable and immoral as the Man in Black seems genuinely a little apprehensive about. Even more intriguing, could it be the very thing that prompted Logan to muse about how the park could lead to the destruction of humanity?