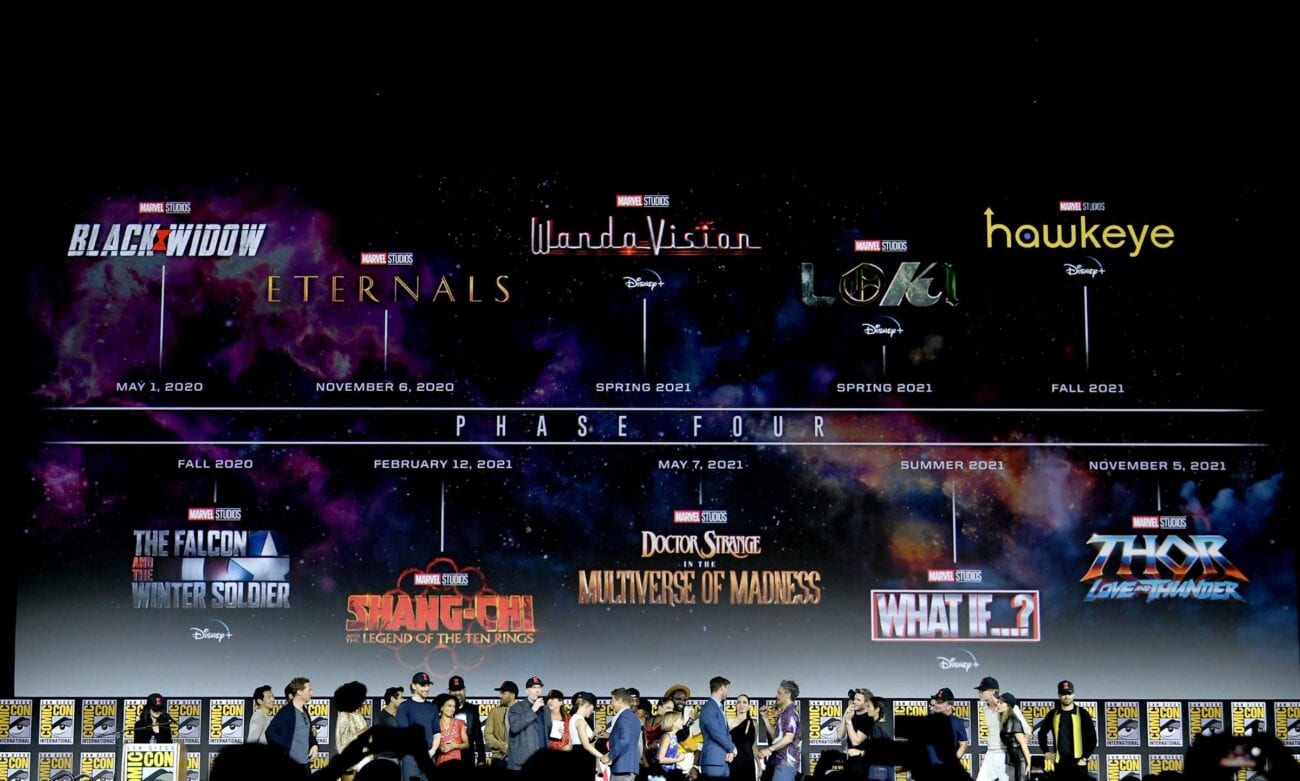 Confused by all the Marvel news? The upcoming Phase 4, explained

2020 is the first year since 2009 to not have a Marvel Cinematic Universe movie release. For comic book movie fans, this is definitely a blow, but it’s not all bad. Disney Investors Day 2020 gave Marvel fans an even closer peek at Phase 4. The delay also allowed WandaVision to become the launching point for the new phase instead of Black Widow.

However, even the most expert MCU fans are confused by the new Marvel Phase 4 updates. Here’s a recap of every MCU film & TV show helping carry Marvel through their next phase of storytelling. 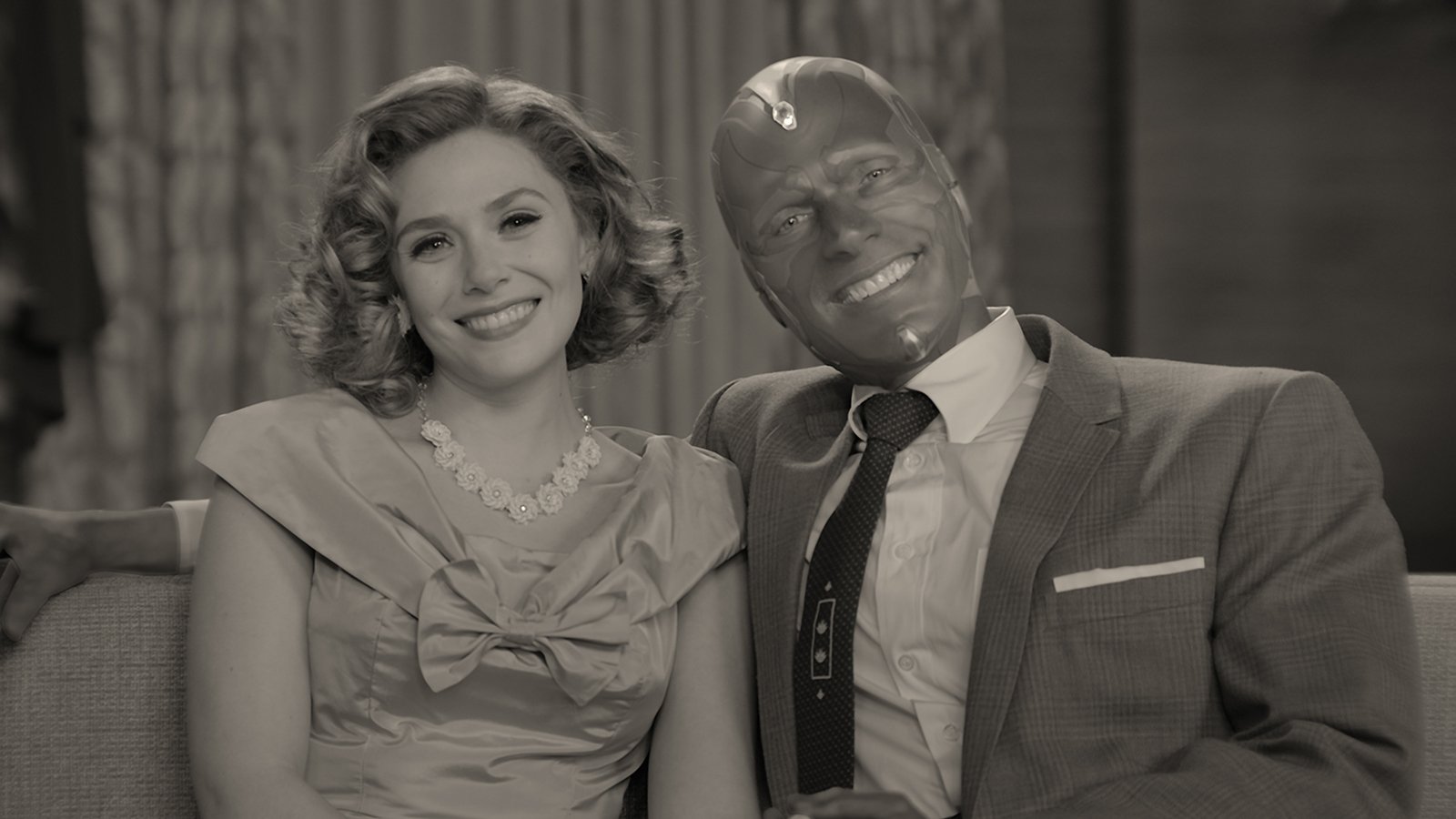 Launching on Disney+ January 15th, WandaVision is the first official project of Marvel Phase 4 the world will see. Back in 2018, Marvel announced Phase 4 would include movies as well as shows made exclusively for Disney’s streaming service Disney+.

Due to delays with The Falcon and the Winter Soldier & Black Widow, Wanda Maximoff’s spinoff show became the launching pad for the new phase. Focused on Wanda (Elizabeth Olsen) & Vision (Paul Bettany), the show will take fans through the decades as Wanda tries to have a normal life with Vision.

Directly following the events of Avengers: Endgame, The Falcon and the Winter Soldier features Anthony Mackie & Sebastian Stan reprising their roles as Sam Wilson/Falcon & Bucky Barnes/Winter Soldier, respectively. The show plans on introducing longtime Captain America villain Flag-Smasher into not only Marvel Phase 4, but the MCU as a whole.

As most fans remember, Marvel Phase 3 ended with Steve Rodgers (Chris Evans) hanging up the mantra of Captain America and literally passing the shield on to Sam. The Falcon and the Winter Soldier will explore exactly how that affects both Sam & Bucky, while they continue to travel the world to go after a mysterious anarchist group.

The Falcon and the Winter Soldier was originally scheduled to launch in late 2020. Due to COVID-19 related production delays, the show was pushed back to March 19th, 2021.

Fans claim Scarlett Johansson’s solo outing is a few years too late, but Black Widow promises to give some more backstory to the Russian assassin we all know & love. Initially scheduled for release in May 2020, COVID-19 pushed the film back to May 9th, 2021.

Black Widow takes place after the events of Captain America: Civil War. Natasha Romanoff (Johansson) has ghosts in her past coming back to life, so she has to finally make amends with the people she left behind in her days as a Black Widow.

Since Natasha dies in Avengers: Endgame, fans will get to meet the new Black Widow, Yelena Belova, played by Midsommar actress Florence Pugh. If you’re worried this is the only time we’ll get to see Yelena, don’t worry. Pugh has already been confirmed to reprise the role in the upcoming Marvel Phase 4 show Hawkeye.

Tom Hiddleston’s Loki may have died numerous times throughout the MCU, but Marvel Phase 4 is bringing him back for his own show. Focusing on the hijinks Loki gets into after disappearing in Avengers: Endgame, Loki is scheduled to debut sometime in March 2021. Outside of that, not a lot is known about how the show ties to the rest of Phase 4. The only thing is the show allegedly allures to Doctor Strange 2. 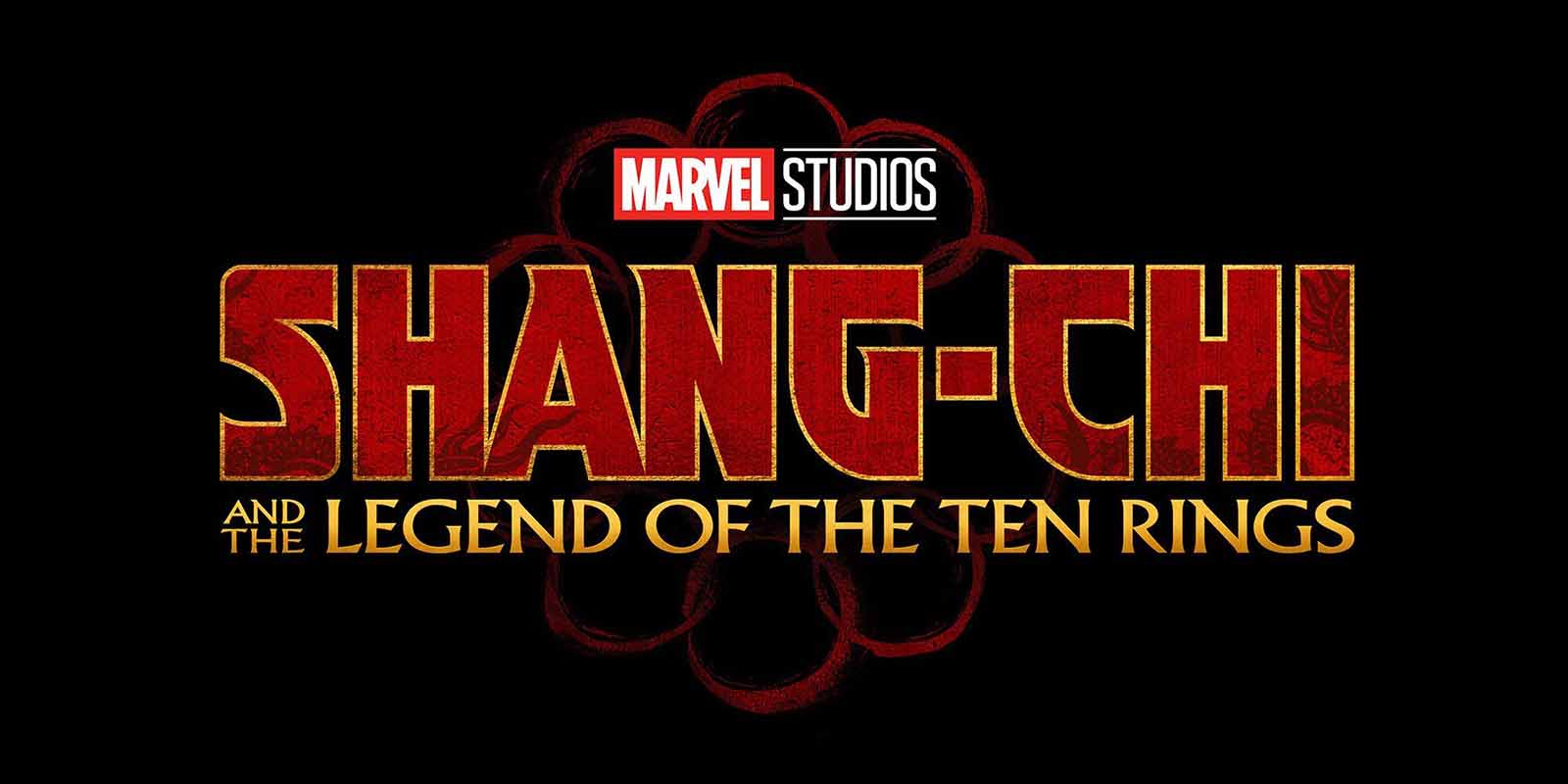 It’s been nineteen years, but Shang-Chi is finally coming to the big screen. Starring Canadian actor Simu Liu as the titular hero, Shang-Chi and the Legend of the Ten Rings will bring back a familiar face, as the Mandarin makes his first actual appearance in the MCU. While Guy Pierce plays a version of the Mandarin in Iron Man 3, a short film shows his character was not the true Mandarin either. 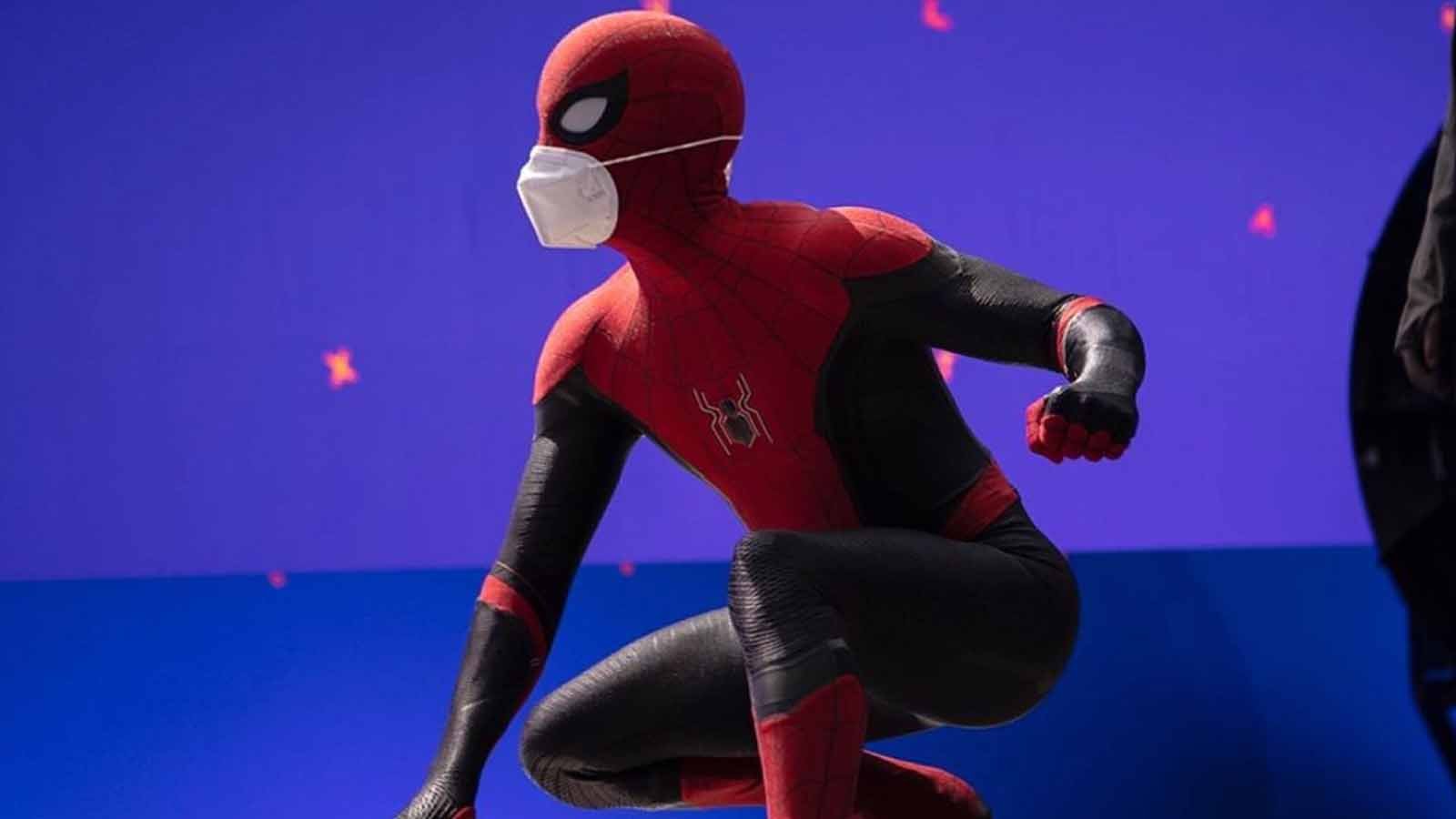 Sony & Marvel still have one more Spider-Man movie left in their contract, and the untitled Far From Home sequel is going to be a doozy. Tom Holland will return as Spider-Man, but so will Tobey Maguire & Andrew Garfield, if you’ve been following the Marvel Phase 4 gossip.

Next to Doctor Strange in the Multiverse of Madness, Spider-Man 3 could be the biggest game changer for the MCU. Already, the sequel has confirmed the return of Jamie Foxx’s Electro from The Amazing Spider-Man 2, and Alfred Molina’s Doc Ock from Spider-Man 2. Set for a tentative December 2021 release, this is the film that brings the multiverse to the MCU.

Doctor Strange in the Multiverse of Madness

Last, but certainly not least, the Doctor Strange sequel already confirms the Multiverse is being introduced in Marvel Phase 4. The only thing we’re not sure about is how soon it’s introduced. WandaVision sets up Doctor Strange 2, with both Spider-Man 3 & Loki tying into the sequel.

If any film is going to completely rewrite the MCU, it will be Doctor Strange in the Multiverse of Madness. If you’re willing to take a step into the dark side, you can check out the sequel in theaters March 25th, 2022. 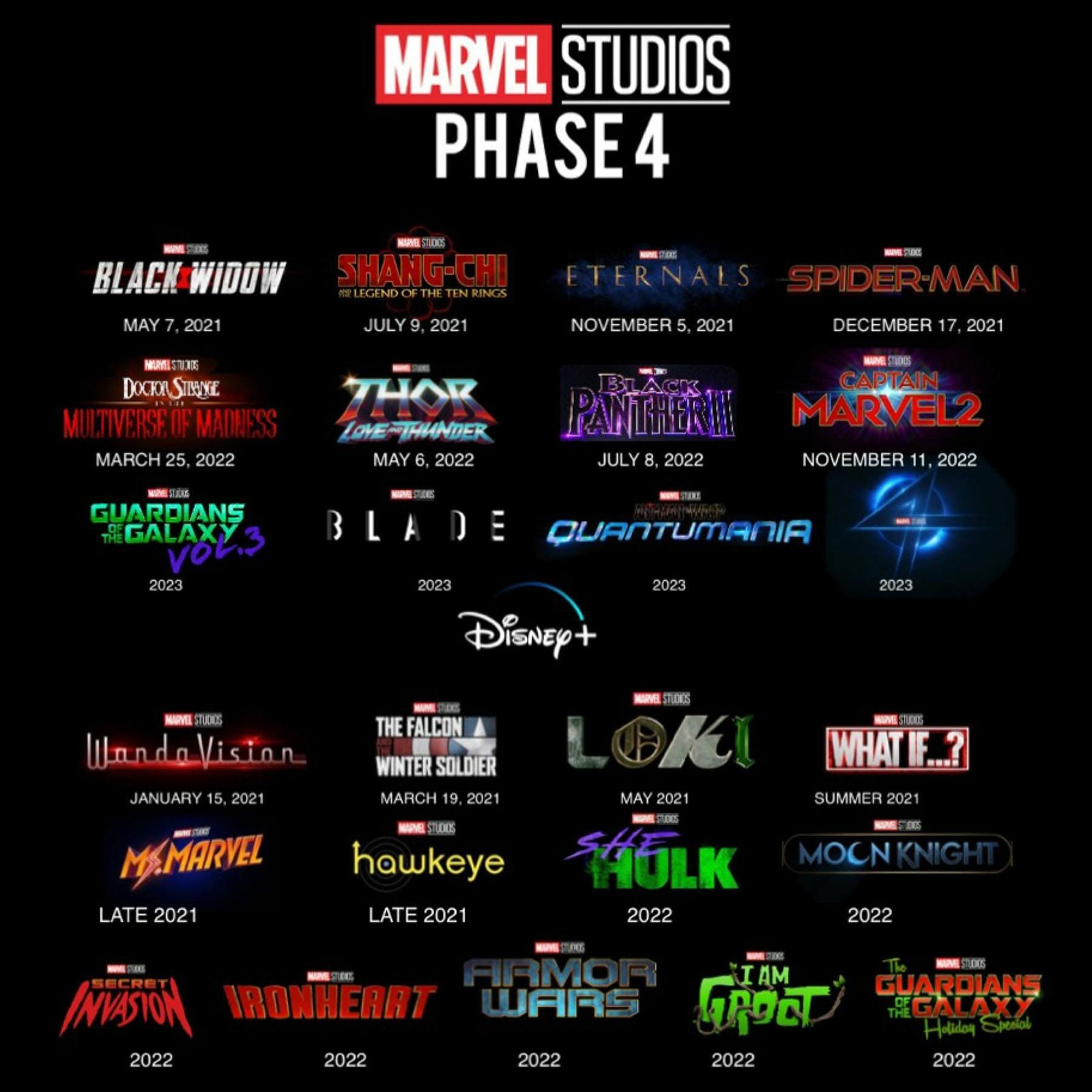 While these are the most noteworthy Marvel Phase 4 projects, they’re far from the only ones. In terms of Disney+ shows, we still have What If…?, Ms. Marvel, and Hawkeye coming in 2021. Shows coming in 2022 or later include She-Hulk, Moon Knight, Secret Invasion, Ironheart, and Armor Wars.

On the theatrical side of things, 2021 will also see the release of Eternals. 2022 will bring Thor: Love and Thunder, Black Panther 2, Captain Marvel 2, Ant-Man and the Wasp: Quantumania, and 2023 will bring Guardians of the Galaxy: Vol 3. We’re also getting another Blade movie & Fantastic Four at some point in the future. If you missed Marvel movies in 2020, then the next few years will bring you a lot of joy.

Share via:
Tags
Black WidowDoctor Strange in the Multiverse of MadnessLokiMarvel Phase 4MCUPhase 4Shang-Chi and the Legend of the Ten RingsSpider-Man 3The Falcon and the Winter SoldierWandavision
Author