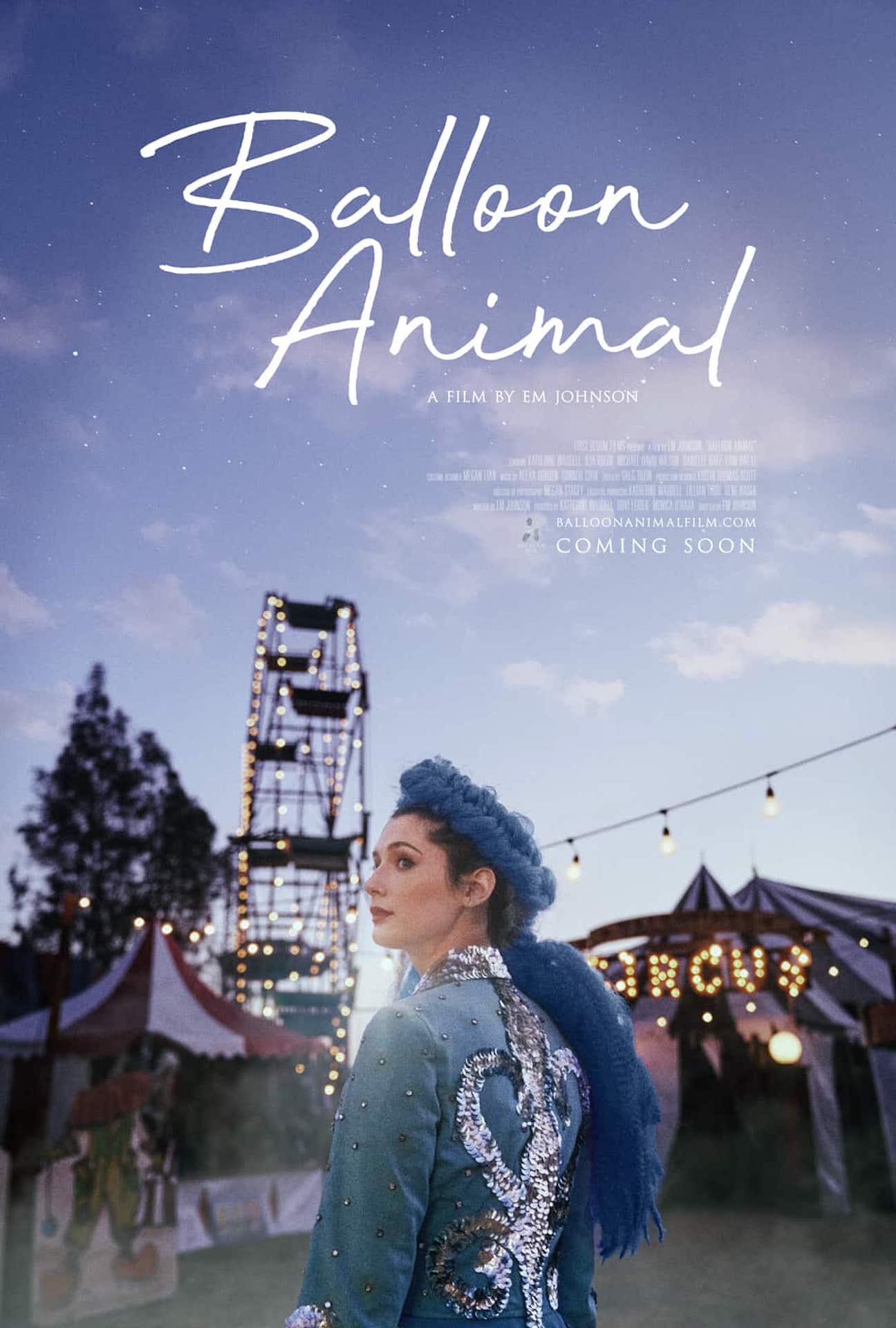 How did you get started on Balloon Animal?

It was really simple for me, actually. As an actress, it’s difficult to get hired at times. I had been producing for a bit by the end of 2018 and finally started considering work for myself and creating material that would suit me specifically. I was working with my creative partner, Em Johnson, for a few years at that point and so it seemed like a no-brainer to go to her and talk about making a feature together that she could write and direct and I could star in and produce. I had a simple vision of a girl with blue hair who makes balloon animals and works in a traveling circus, and then we just went from there!

How did you balance the role of actress and producer throughout the film?

I think everything has its time and place. When we were developing the film, I was very hands-on as a producer, but I knew eventually I would have to “step aside” and focus on my performance –  I couldn’t be caught up in one or the other and let the quality of work suffer. Em, and I made a decision early on to bring on extra producers who would take over from me when the time came. We hired Monica O’Hara and Ruvi Leider and without them, the movie wouldn’t have been made (or have been as good as it was!). They are incredible producers who executed our vision perfectly. 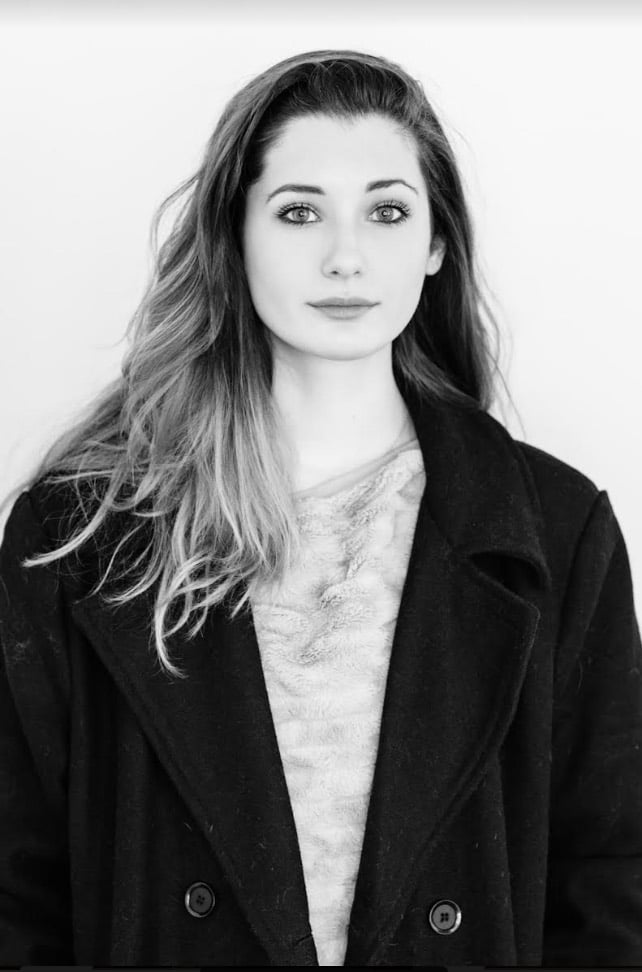 What is your working relationship with writer and director, Em Johnson?

Em and I are not only creative partners and co-own our production company First Bloom Films together, we also happen to be best friends! We always say that we are lucky that we were colleagues and peers before being actual friends because our friendship was able to blossom out of our mutual respect and admiration for each other’s work. That has always been the foundation for why we work so well together. It’s easy to collaborate with her and bounce ideas off of each other because we love creating stories and worlds together.

You received the Best Actress Award from the MANIFF. How did it feel to receive that honor?

Honestly, one of the best feelings in the world. I was in complete shock! It’s my first award as an actress and it feels incredibly validating to win an award for a film that has been close to my heart for so long. I am incredibly proud of that film and my performance in it. I am thankful that the Manchester Film Festival was gracious enough to accept us and have our world premiere there.

Can you talk about the First Bloom Films mission and why you started it?

I think we have all felt a shift in the industry in the last couple of years as we try our best to push out the rampant toxicity that exists within the film world. Em and I are no different than the countless people who have been harassed, demeaned, dismissed, and overall just not treated well in this career. We felt like First Bloom Films was a perfect way to be a part of the solution. Our identities and experiences as women pushed us to create a company that values creating opportunities for women in front of and behind the camera. First Bloom Films is a company that values diversity and inclusion. We also value kindness, compassion, and respect on set above anything else. No one is better or more deserving of anything on our sets. A movie takes many, many people to make, and all of those people are valuable and integral to the creation of a film, so why doesn’t everyone deserve to be treated as such? 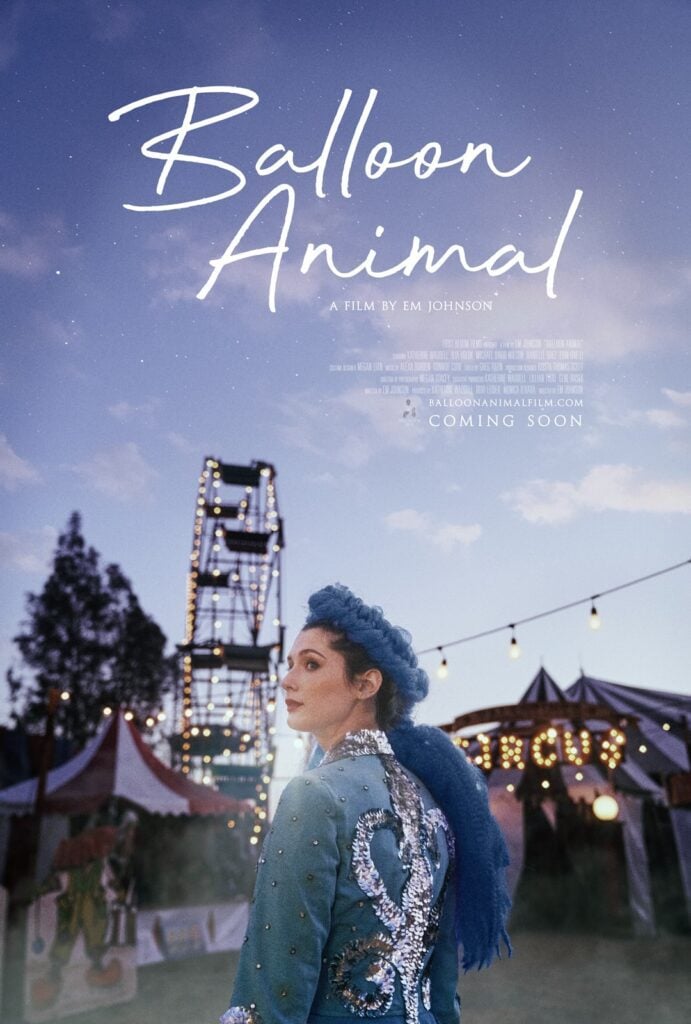 A real dream come true! I think the message we created with First Bloom Films was definitely present on set. We had such a diverse cast and crew, with over 50% being female-identifying. It was amazing to work with this talented group of people, and we were able to have fun while also getting work done that we are extremely proud of.

Indie films have the opportunity to showcase really unique and impactful stories. Could you talk about how you got involved in the indie film space?

For me, it’s a classic story of starting from the bottom, but I owe it to my producing path. When I decided to start getting into producing and trying to be a leader in the industry, I networked as anyone would. I was able to visit Sundance for a few years in a row and meet some incredible filmmakers. In any state that I’ve lived in since pursuing this career professionally, I’ve tried to deep dive into the film scene there, get to know as many people as I can, and listen to what kind of stories they tell. I have a passion for film, at any level, and want to see great stories made. It’s led me to a career that I’m proud of and growth with every project I attach myself to. For anyone looking to get involved in indie film, my advice is to just get out there and see who you meet! You will find people you want to work with and stories you believe in eventually.

What is coming up for you, Balloon Animal and First Bloom Films?

Balloon Animal is currently on the film festival circuit and we are excited for its feature as a little indie gem. We believe we should have some announcements soon about where it will end up streaming-wise. As a company, First Bloom Films is always looking to expand its repertoire. Em is already writing our next movie, a thriller called Kismet, which we look forward to sharing more about in the future!