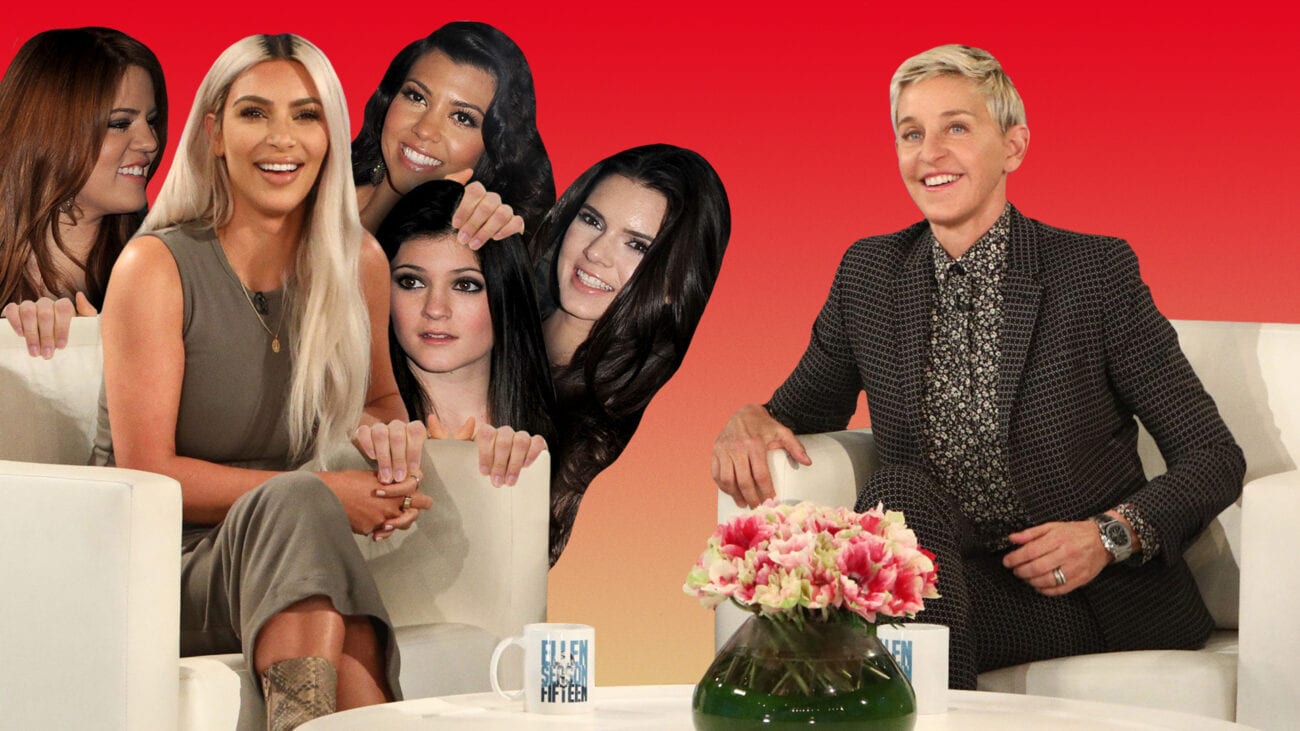 Kardashian family: Trying to distance themselves from Ellen DeGeneres?

Look up drama in the dictionary and you’ll find a picture of the Kardashians. This reality-star family is no stranger to controversy or conflict. However, their last seemingly passive-aggressive move is directed at their longtime friend, Ellen DeGeneres.

The Kardashian family has appeared on Ellen DeGeneres’ show for years. Whether they come on as a whole tribe or as individuals, they’ve combined their celebrity power with Ellen to promote themselves. Many Kardashian announcements happened on Ellen, including Kim Kardashian-West’s pregnancy with her daughter, North West.

It seems that the Kardashian family is ending their association with Ellen DeGeneres. While they haven’t made any formal announcements, they may have made their decision known by selling T-shirts Ellen gave them. Here are the details. 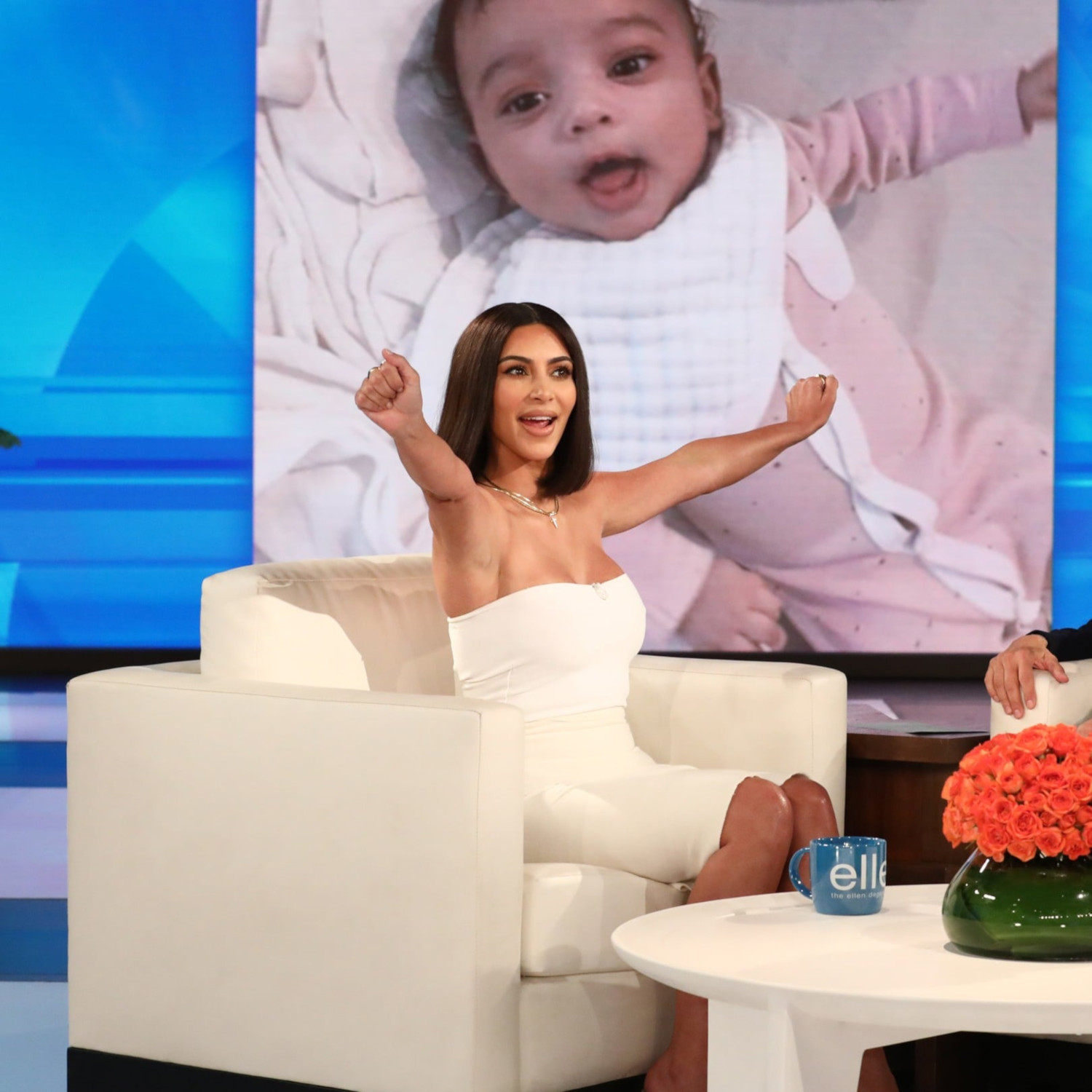 The rumors started when Reddit users noticed that the Kardashians were selling T-shirts given to them by Ellen DeGeneres. The items were on sale on their resale site, Kardashian Kloset, where they sell items originally owned or worn by them.

The sale seemed a little surprising, at first. Ellen DeGeneres has hosted the Kardashians on her show numerous times. However, once you remember Ellen’s recent troubles, including the alleged toxic work environment on her show and her gaffes about her house being a prison, it’s a little more understandable. 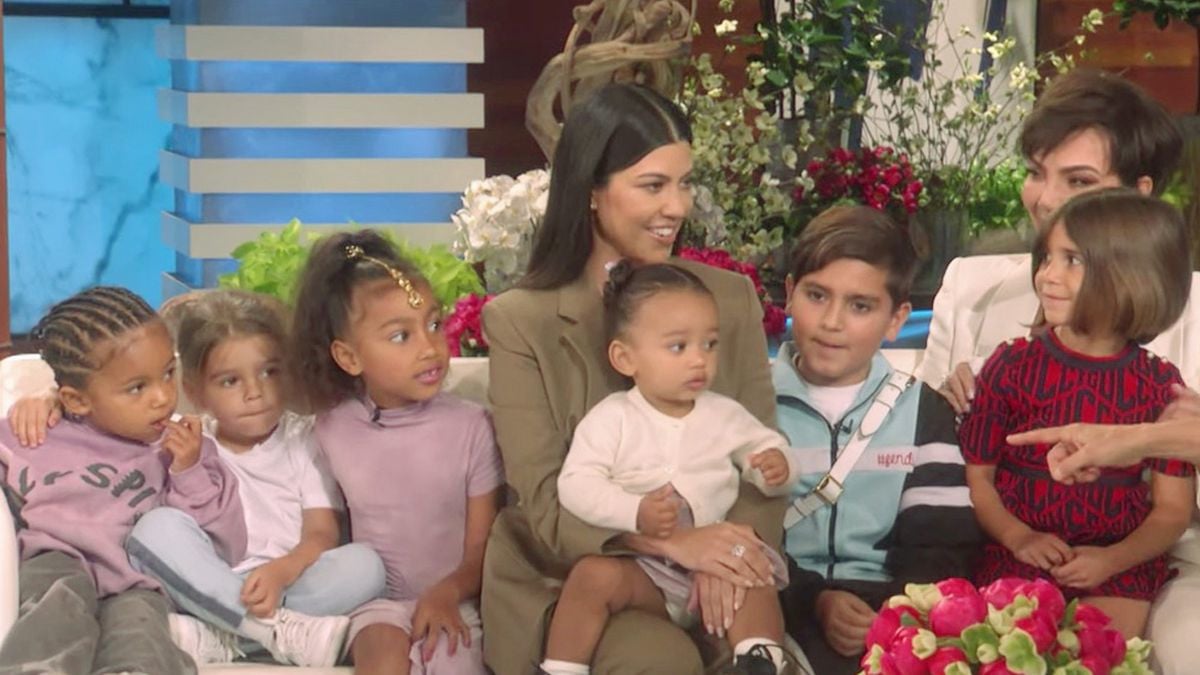 The shirts were for Kris Jenner’s grandchildren

The shirts on sale at Kardashian Kloset were gifted to Kris Jenner’s children as part of The Ellen DeGeneres Show. In 2019, Ellen hosted Kris Jenner, who thought she would be appearing alone. Ellen had a surprise for her. She interviewed six of Jenner’s grandchildren and brought them on set, surprising Jenner.

After the bittersweet surprise, Ellen DeGeneres gave the children a T-shirt with a heart on it. The word lovey was inscribed in the hearts because it’s a nickname Kris Jenner shares with her grandkids. 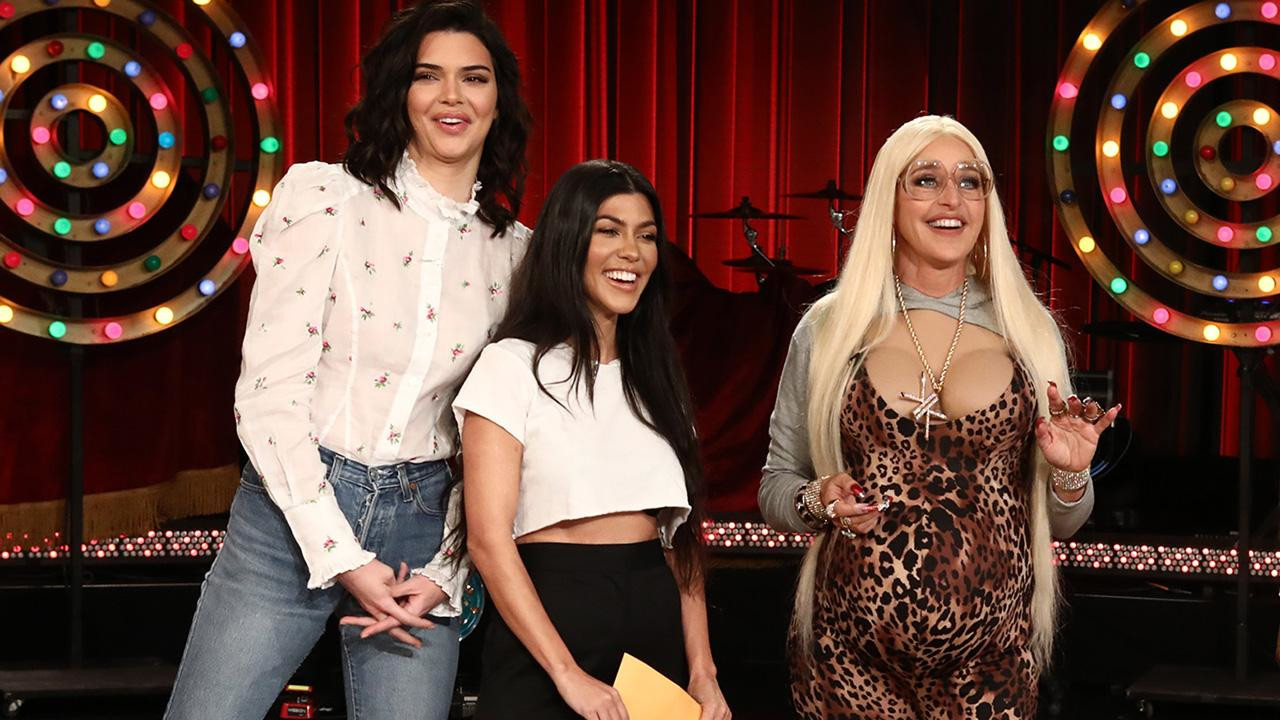 Could the reason for the sale be innocent?

Kids grow fast. Since the segment aired last year, Kris Jenner’s grandkids could have outgrown the T-shirts Ellen DeGeneres gave them, hence the sale. The Kardashians don’t strike us as a sentimental family that holds on to keepsakes forever. Plus, these T-shirts have a famous history, so they could be worth something.

That something is apparently $25, which is what the Kardashian family is selling the shirts for. 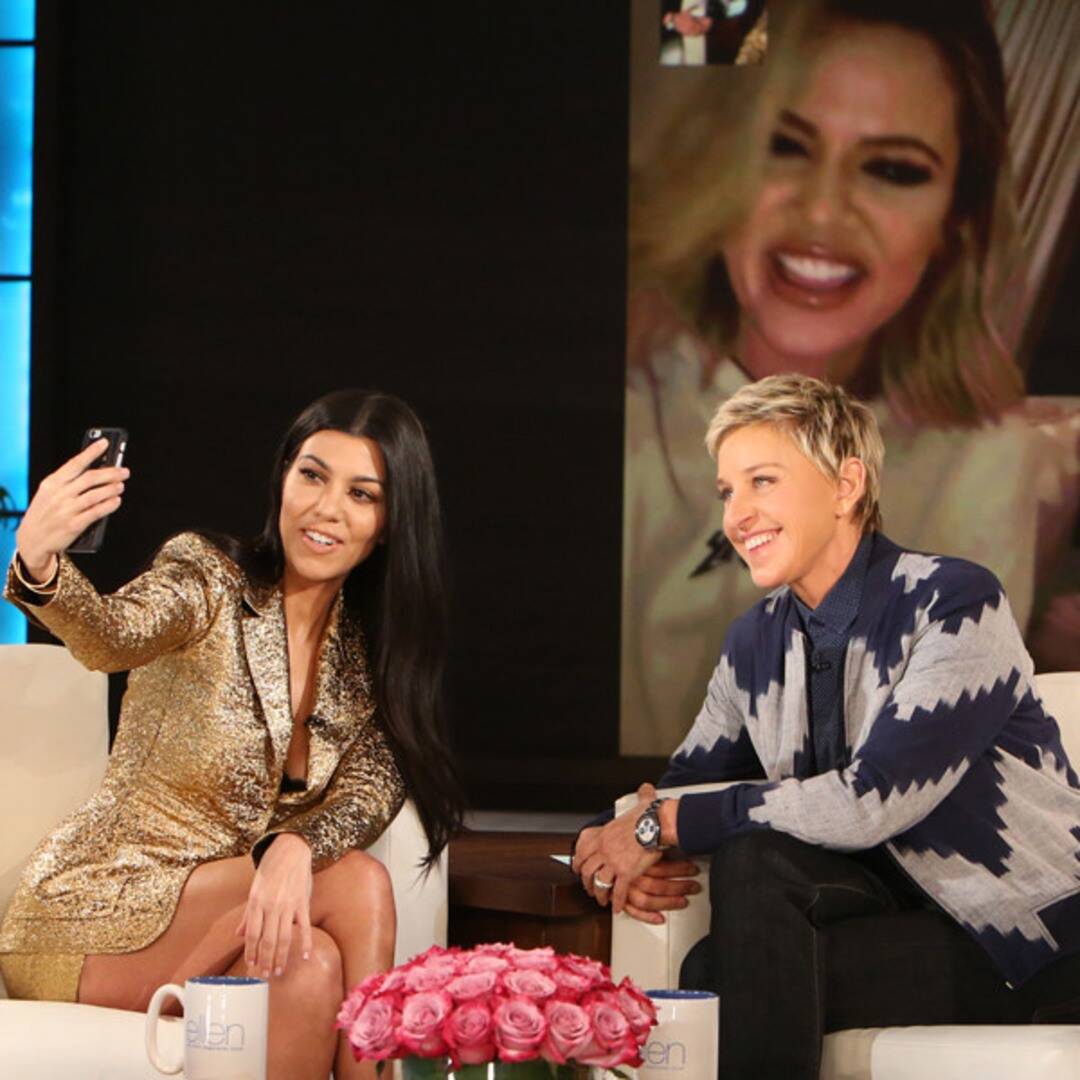 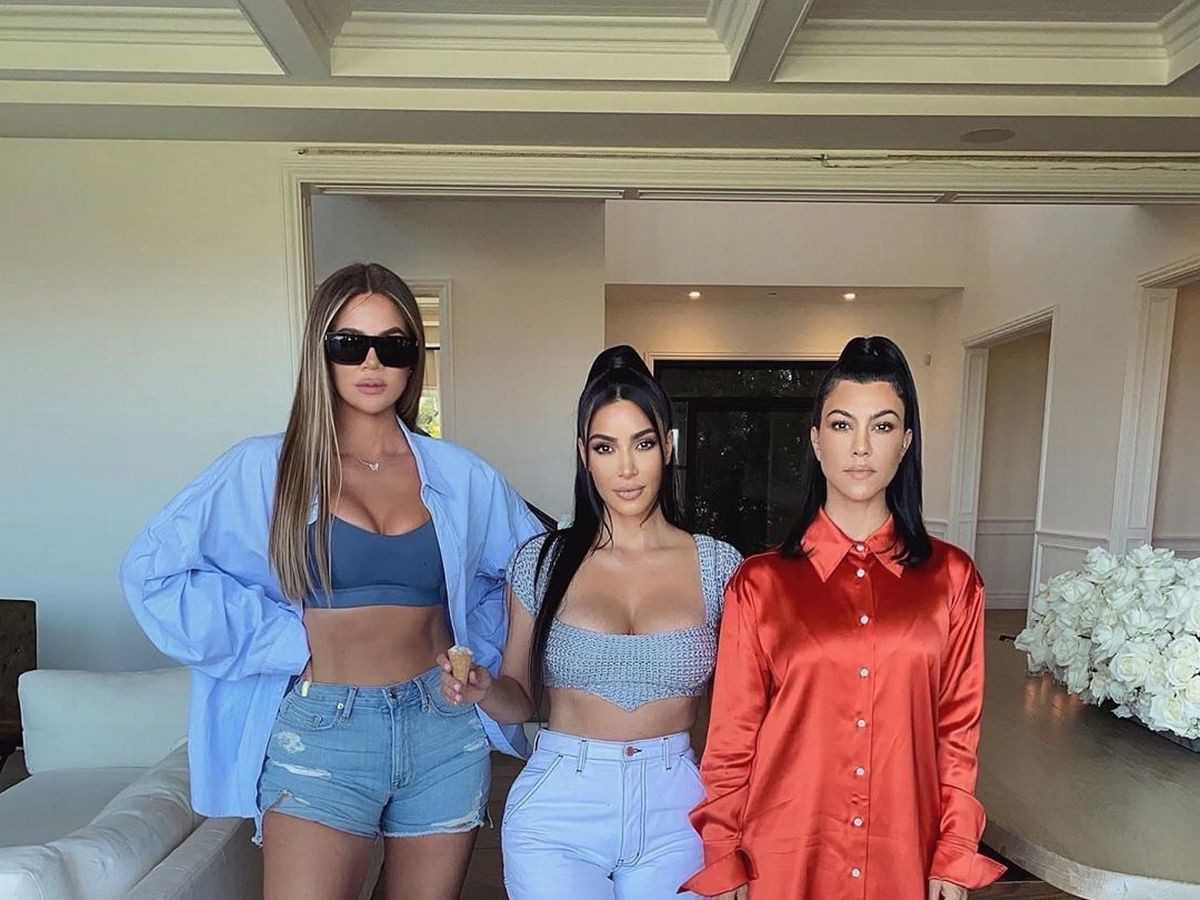 Are the Kardashians trying to jump off Ellen’s sinking ship?

It’s no secret that Ellen DeGeneres is in deep right now. With a shakeup in her crew due to alleged toxic and racist behavior from producers, Ellen might be looking at the end of her show. As more reports pile up about Ellen’s alleged mean behavior, she’s looking less authentic. Given that she built her brand on kindness, these allegations are deadly.

The Kardashian family is pragmatic. They’ll associate with other celebrities who help them increase their net worth. However, they may see that as far as Ellen is concerned, her time is done and it’s not worth it to keep their relationship alive.

Thus, the Kardashians’ friendship with Ellen DeGeneres could be at an end. Considering the silence from the Kardashian family after Ellen’s hardship, especially when other celebrities rushed to her defense, that could be the case. The t-shirt sale also could’ve been a petty public declaration that they’ve left Team Ellen behind for good.