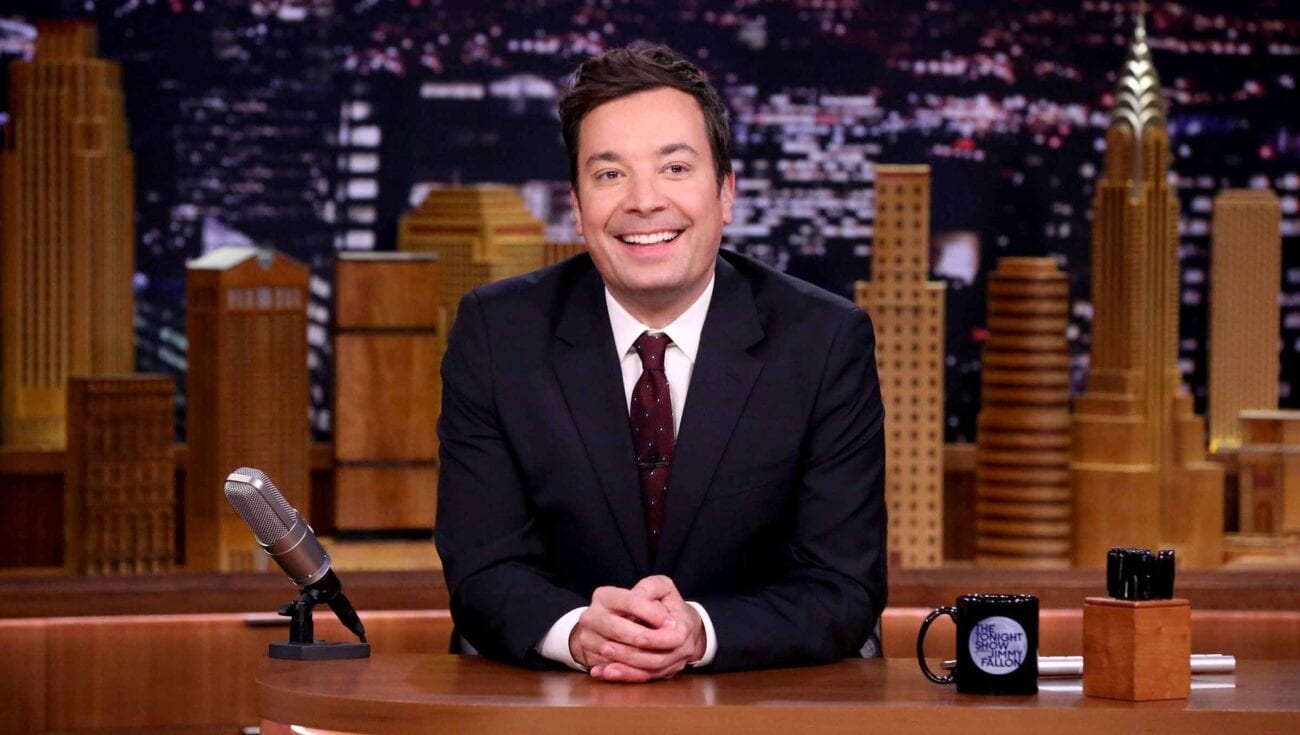 Is Jimmy Fallon’s net worth falling? The reasons it should be

Jimmy Fallon has always seemed fake for years, but that’s mainly because of the ridiculous games he’ll play on The Tonight Show with his guests. But with him finally addressing his use of blackface on SNL to impersonate Chris Rock, people are wondering how the Internet let him get away with this for so long.

Nick Cannon called out him and several other celebrities for doing backface back in February of 2019, and that clip of him impersonating Chris Rock has gone around Twitter several times before with no avail. So while it’s great to see Fallon being held accountable now, his net worth should’ve been dropping years ago.

It’s not just the blackface either: Fallon has had plenty of incidents where he was trying to make a joke or be himself, but it completely backfired and turned into offense. 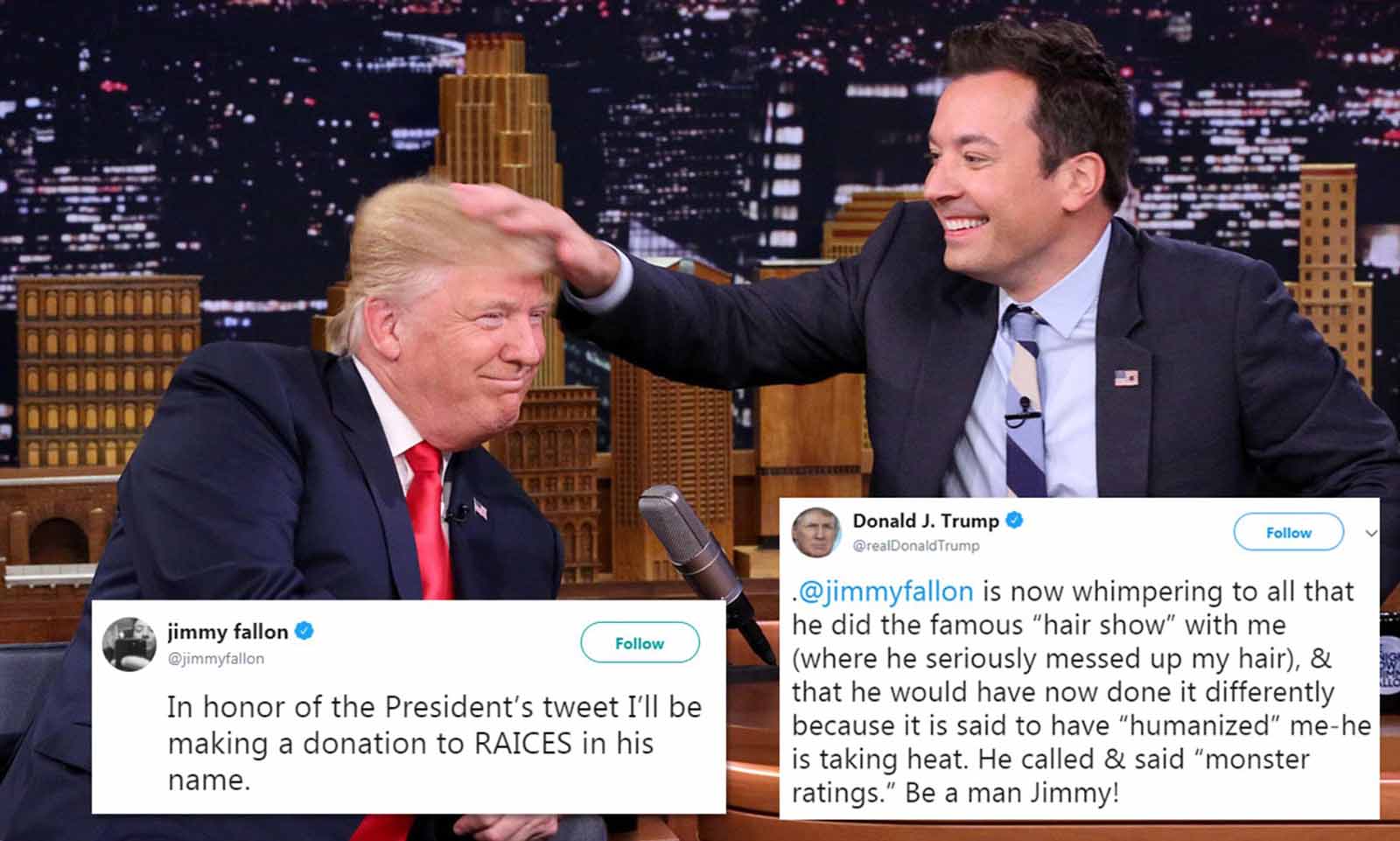 Bringing Donald Trump on and not asking him real questions

Jimmy Fallon’s second most famous blunder was the way he handled having President Donald Trump (at the time, presidential nominee) on the show. Rather than ask him any real questions about his campaign or beliefs, Fallon just asked him stupid questions and even messed with his hair.

Many believed Fallon actually supported Trump, and was trying to normalize the then candidate. Fallon at the time said he would’ve done the same with any other candidate on the show. But in 2018, he was singing a different song when asked about it, saying he regrets that it came off as normalizing him and his behaviors.

Naturally, Fallon ended up getting a Trump tweet about him that same day, calling him weak for going back on his position. If only Fallon stood up to Trump before then. 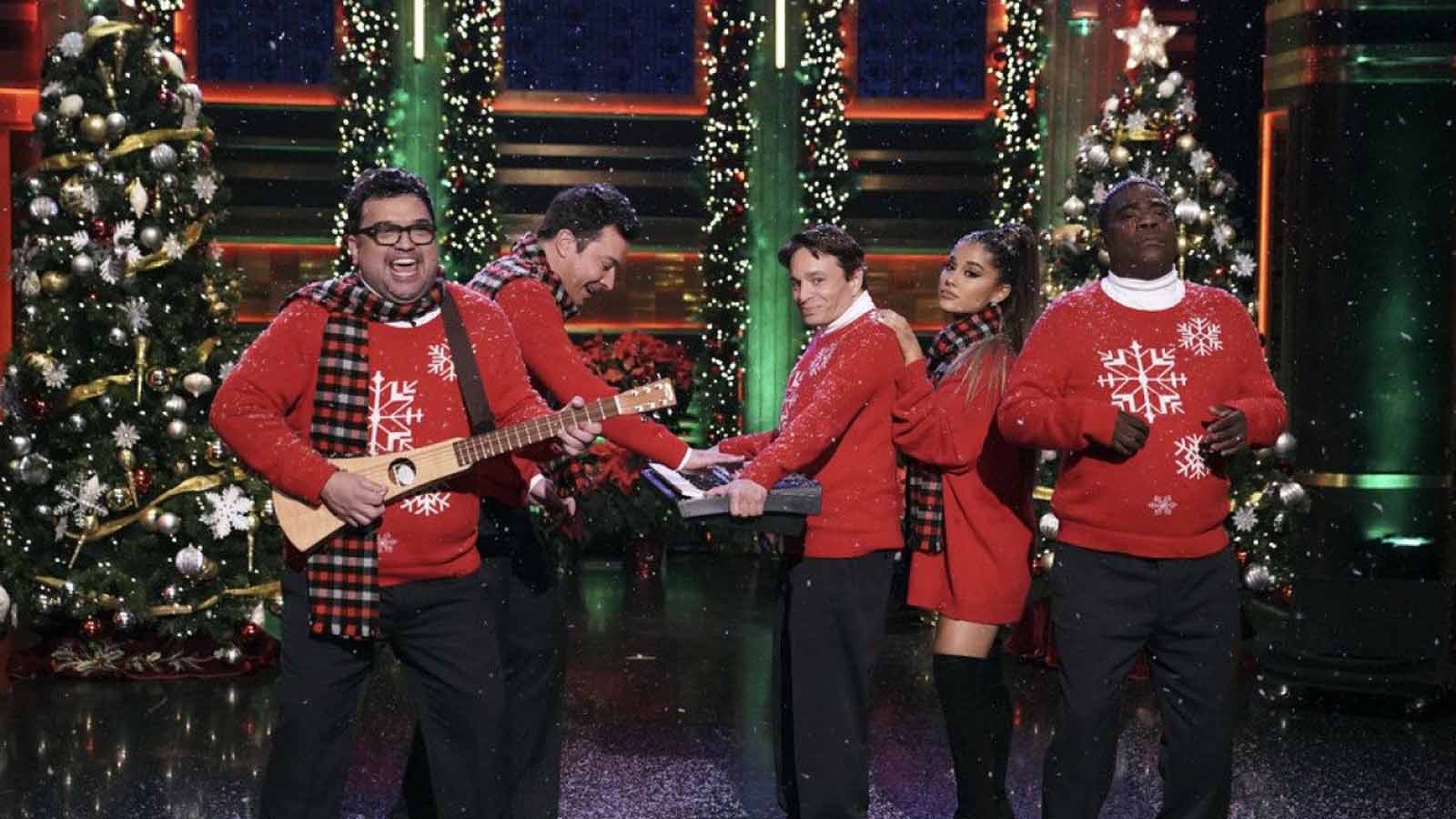 People were already raising eyebrows at Fallon back in 2014 when he was arrested for a bar fight, as it was off brand for the host. But comments made by his former Saturday Night Live cast member Horatio Sanz painted Fallon as a severe alcoholic, and this was just part of that problem. “I’ve seen Jimmy clock a few people.”

Talking about their time on SNL, Sanz said “They say that kind of goes hand in hand with SNL, some kind of substance abuse issues because it’s so stressful you easily find yourself blowing off steam a lot.” Fallon dismissed these claims in 2017, saying “I could never do a day-to-day job if I was drinking every night.” 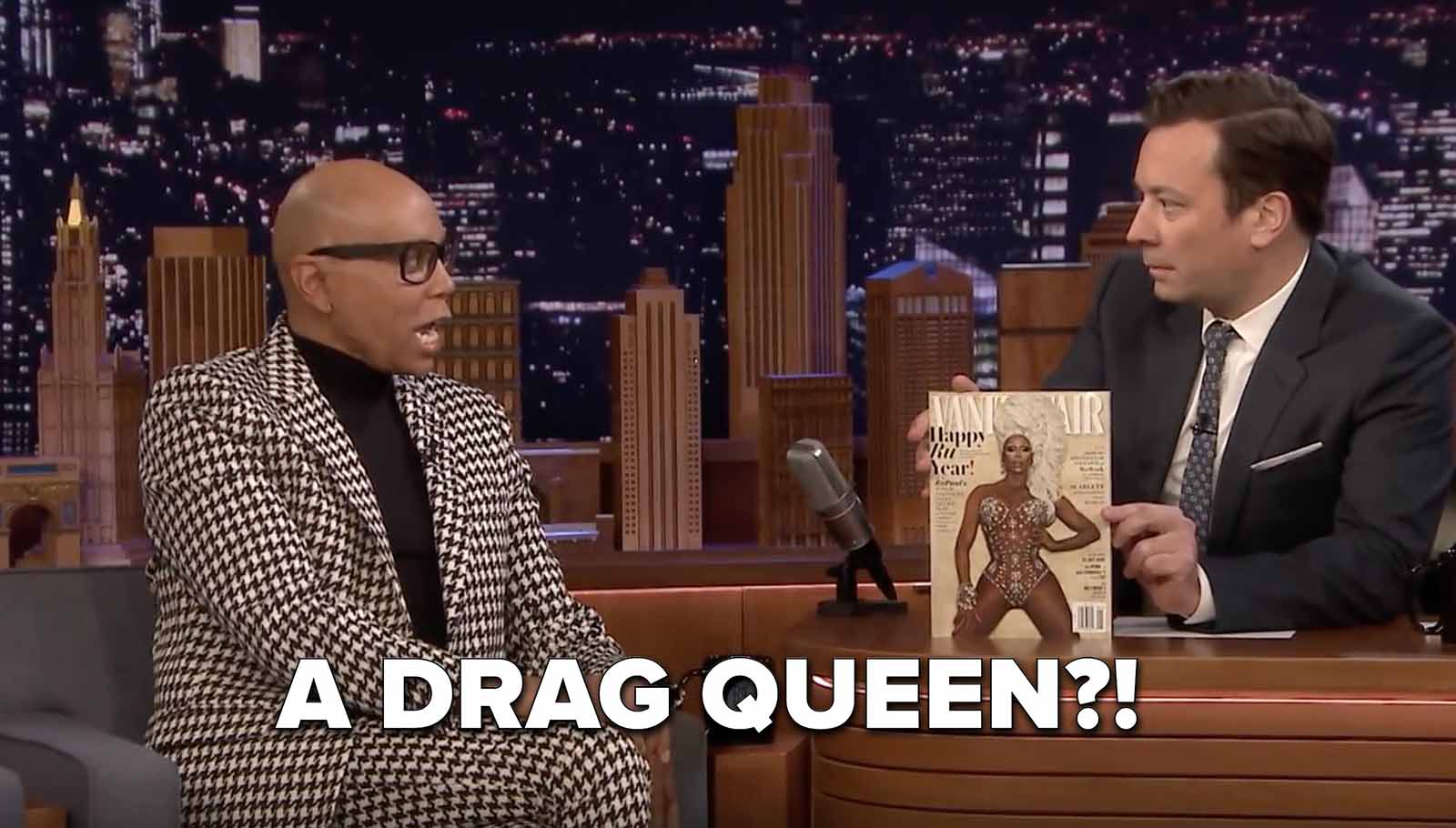 Almost being cancelled by RuPaul

Anyone who watches Drag Race knows how much of a drama queen Ru can be, and when he stepped onto The Tonight Show, he took the tea with him. While he and Fallon were discussing his recent Vanity Fair cover, Fallon called RuPaul a “drag queen.” Ru was utterly horrified to hear himself be referred to as that.

Of course, not because he doesn’t think of himself as a drag queen, but instead as the queen of drag. But if you watch the clip, you see the solid minute where Jimmy Fallon is already picturing the pitchforks and angry mobs outside his studio because he screwed up. That right there, is proof that Fallon doesn’t think before he speaks, and why his net worth suffers because of it. 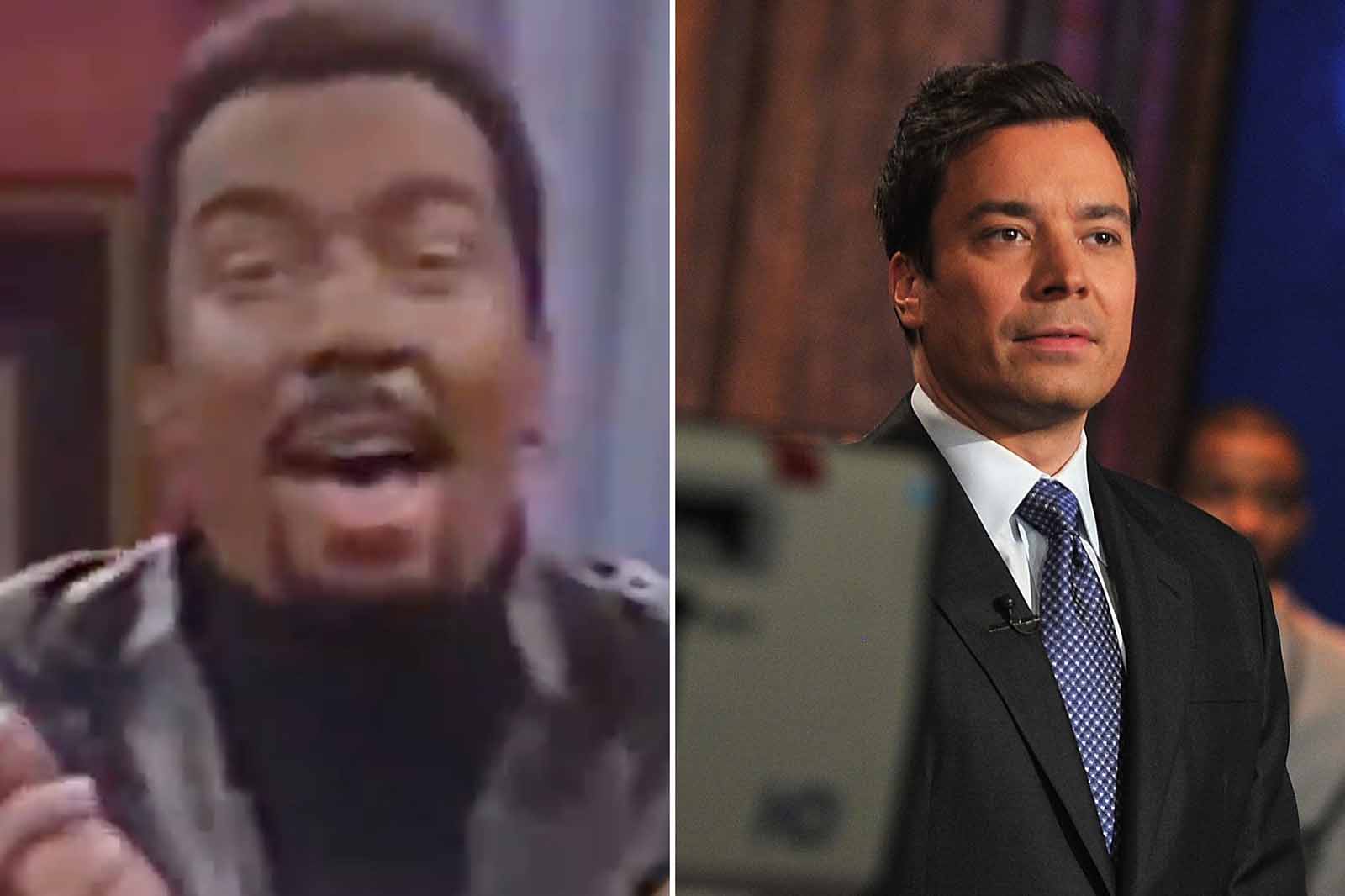 We do have to give Fallon a bit of credit, as he not only used his blackface apology to recognize his mistakes, but the mistakes every other person apologizing for blackface does. Not only did he tweet out an apology, Fallon addressed the controversy in his opening monologue on The Tonight Show.

Commenting on the incident, Fallon said “I realized that the silence is the biggest crime that white guys like me and the rest of us are doing, staying silent. We need to say something. We need to keep saying something. And we need to stop saying ‘that’s not OK’ more than just one day on Twitter.” 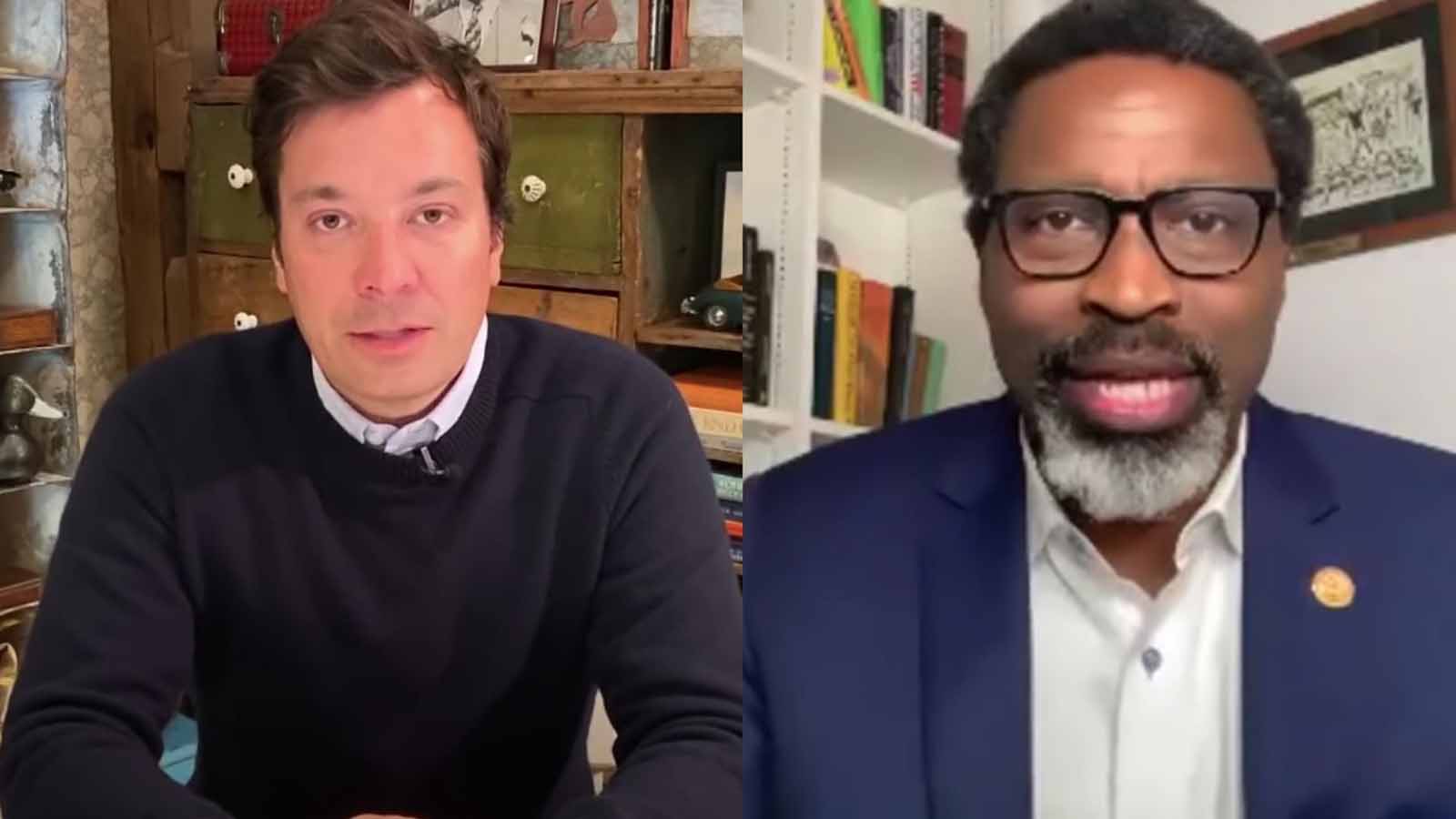 On the same show, Fallon invited NAACP president and CEO Derrick Johnson on as his guest to discuss the ongoing protests and discussions about race, as well as talking with him in private to better educate himself. But it also felt like a cash-in moment, as he could’ve used his mistake as an opportunity to be a more active activist, but just relied on a black person to discuss why Fallon was wrong.

Fallon’s mistake may be more harmless than some celebrities, but that doesn’t make his mistakes any less damming. He has a large platform that millions go to, and even if it was a brain fart or minor mistake, it leaves ripples. Fallon needs to take more accountability if he doesn’t want to lose his net worth.