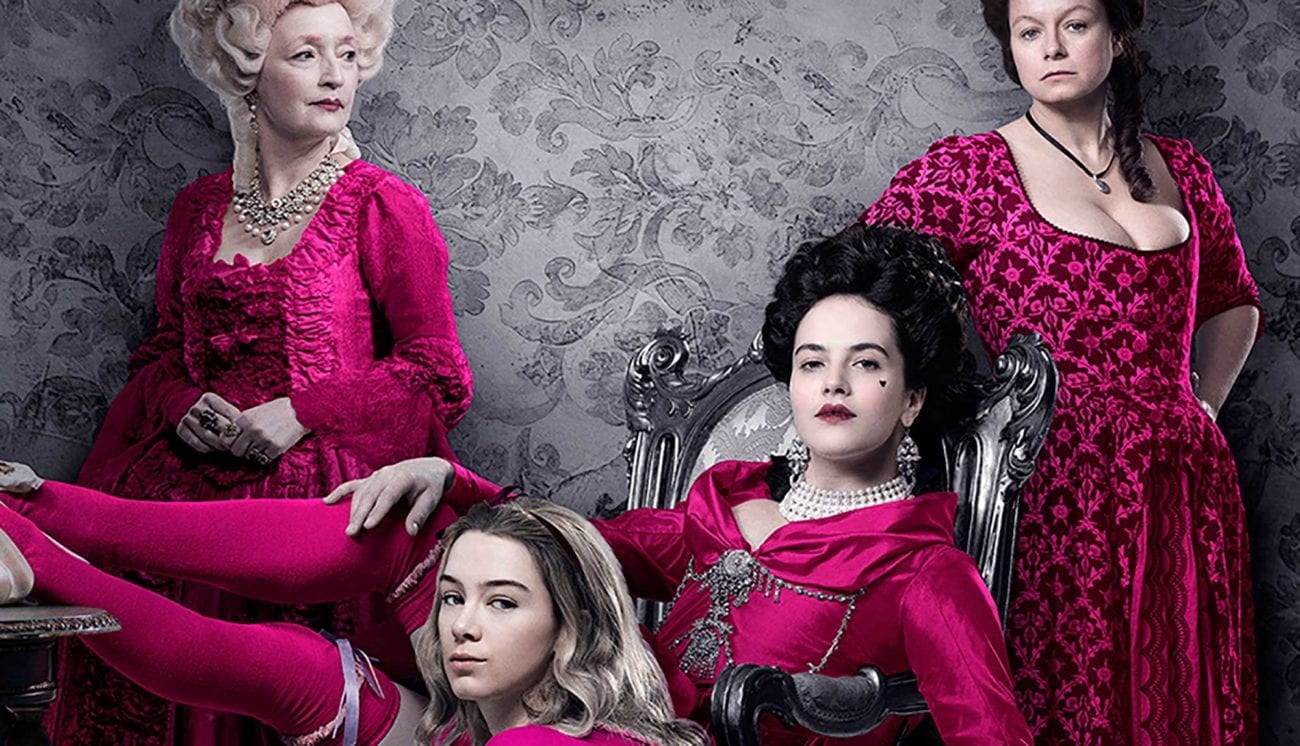 Forget ‘The Handmaids Tale’: ‘Harlots’ is the most feminist show on TV

Hulu’s The Handmaid’s Tale lifts the curtain on the dreaded colonies, and while the second seasons opened up a fresh batch of debates and analysis on the feminist views the narrative does or does not portray, there’s another show we think is far more effective at tackling the issue of female oppression. Period drama Harlots follows a brothel owner and her struggles to raise her daughters in 18th century London.

Season two delved deeper into the feuds, betrayals, and carnal connections amongst the characters and highlighted an incredibly relevant story about gender disparity and socioeconomic unrest.

When discussing the show in conjunction with The Handmaid’s Tale, IndieWire noted, “The themes of oppression and women’s reproductive health matter just as much in Georgian London as they do in the not-too-distant future.” To elaborate on this, here are the reasons Harlots is the most feminist show on TV.

Creators Moira Buffini (Byzantium) and Alison Newman (Bad Girls) crafted a story based long ago that somehow addresses modern issues in a very clear cut way. The life for the women of Margaret Wells’s brothel was not easy – in fact, life for women during this era was difficult, period.

Women were generally considered to be a man’s property and the only power they have in this show is sexual power and so many of them use it as the only form of independence they can get. However, this doesn’t mean the Harlot sex workers have a life of freedom; far from it. 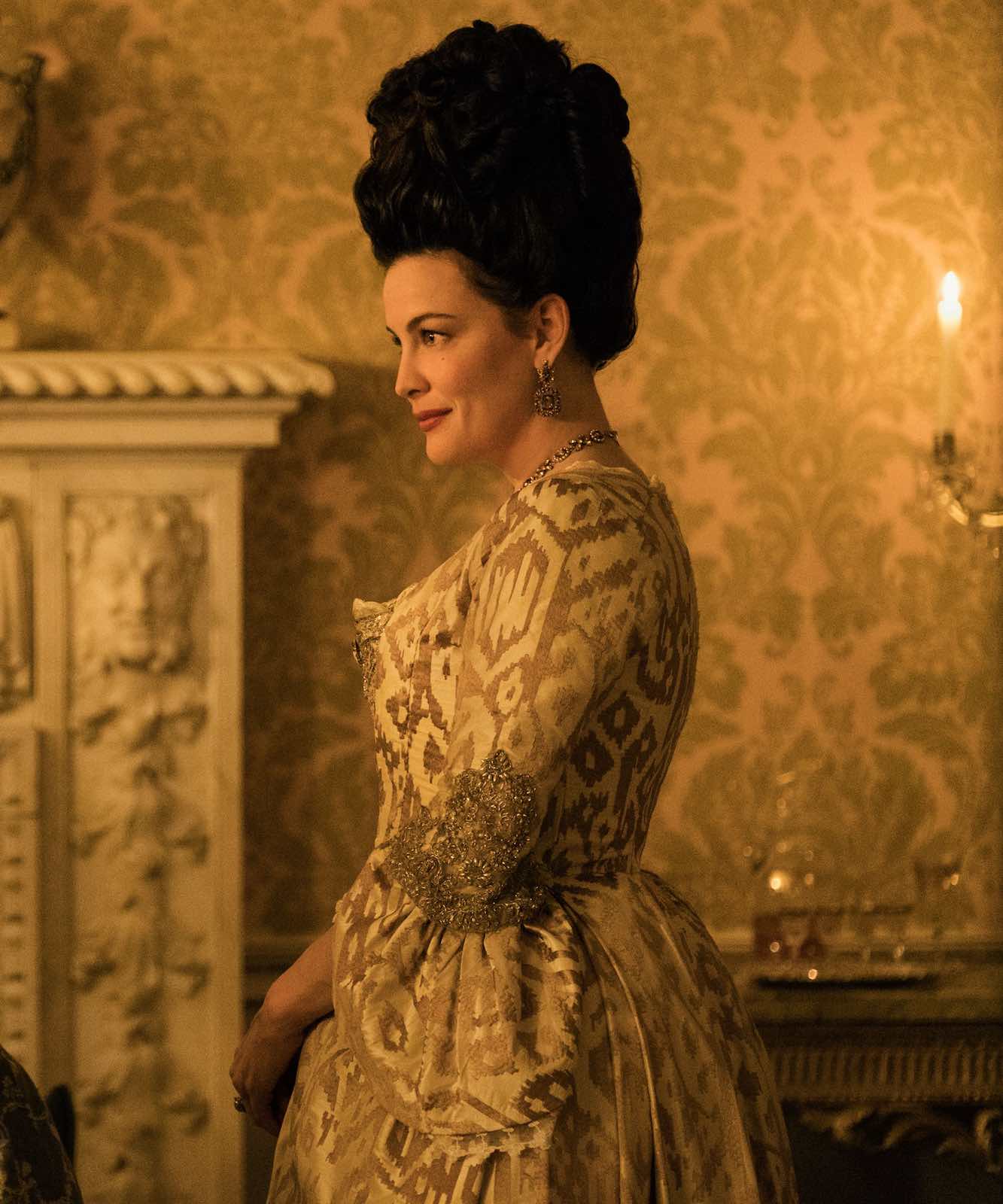 For example, Margaret’s eldest daughter, Charlotte (Jessica Brown Findlay), is an extremely successful upper-class prostitute. As such, she enjoys luxuries such as disposable income, nice clothes, and a fancy house. Yet her future is controlled by the aristocrat who literally wants her to assign herself to him. So even when women do have power, it’s still enjoyed behind the control of a man.

“These are the kinds of issues that Harlots explores,” declared writer Lacy Baugher, “It digs into the hows and whys and dollar signs behind a life in the sex trade, rather than the act of sex itself . . . .

“The sex shown here is never used to titillate, nor is it meant to invoke a value judgment on any of the women involved. Instead, they’re all depicted as complicated and complex, a layered portrayal due almost entirely to the fact that Harlots is completely helmed by women.”

Harlots’s realistic (not exploitative) of sex and nudity

Many period dramas have taken advantage of the setting at a time when women had no agency to offer up as much on-screen titty as possible. Game of Thrones, Rome, and The Tudors are just a few of the shows that rely heavily on female nudity to draw in viewers, presenting numerous female characters as nothing more than default sex objects.

However, despite the show being based explicitly on sex and prostitution, Harlots does not often feature full-blown nudity and instead opts for sex more realistic to the time.

One of the things that I thought was so interesting about the sex in Georgian times . . . is they didn’t really take their clothes off because it’s cold. It’s England, it’s cold. They didn’t wear underwear. They just hoisted their dresses up. We trod a very fine line between, ‘No one’s gonna believe us every time you see a girl screwing on screen, or a man screwing on screen, they’ve all got their bloody clothes on’ . . . It was like, we better take the clothes off a bit, otherwise people aren’t gonna believe us. They’ll think we’re being prudish.

So instead of using every scene as an opportunity to flash a nipple here, a butt there, Harlots incorporates sex and nudity in a realistic way, while still offering TV-friendly glimpses of sex and the naked bodies of both men and women.

Harlots avoids the pitfalls of a risky narrative

TV shows and films based on sex work risk running into many stereotypes and pitfalls, from oversexualization, to catastrophizing every character’s story, to turning the sex work into an unrealistic allegory on feminism. Harlots dodges all of these with finesse, helped in part by it being created and written solely by women and the distance of the historical period in which it’s set.

The characters all approach their work differently. Wells’s chief rival is Lydia Quigley (Lesley Manville) – a madam who provides education for her workers before using this selling point for her own financial gain. Meanwhile, Wells encourages the individuality of her girls and uses their characters as a selling point. It’s clear through the narrative that Wells’s teenage daughter Lucy is awkward and young and thus not cut out for the job.

Another woman named Betsey tries to improve herself by joining Lydia’s ranks (but this doesn’t turn out too well for her), while Wells’s eldest daughter Charlotte has the hardiness and quick wit for the job, but resents her mother for grooming her as a sex worker.

As Variety observed, “The show’s characters enjoy sex work, and laugh at it, and sometimes absolutely despise it — making for a rounded perspective on the profession that is often hard to come by.”

Harlots’s women use their bodies to fight oppression

Unlike The Handmaid’s Tale – a dystopian show in which women are forced to act as concubines for high-ranking men – Harlots takes a different approach to how women use their bodies.

While the sex work is depicted as far from glamorous or positive – showing that being a whore or madam at the time was hardly ideal – “it was both lucrative and offered the best chances at some sort of upward mobility and independence, unlike the conditions of the completely patriarchal marriages of the day,” wrote IndieWire. 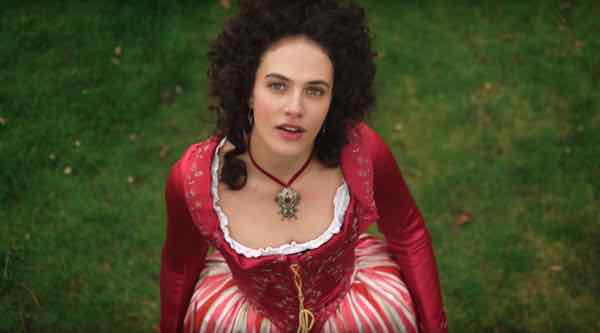 And it tackles darker themes with humor, something the characters often use to guard themselves throughout. “We sort of thought, we should write about how they survived, rather than how they were oppressed,” explained Buffini. “Through writing about their survival, you sort of see all the darkness and see the way that society is set up to give them no rights.”

In the case of Harlots, Buffini & Newman have found the formula for a period drama that’s entertaining, impactful, and tackles tricky feminist issues well. As such, the Hulu show has really hit the nail on the head (or in this case, the gargantuan Georgian bouffant).