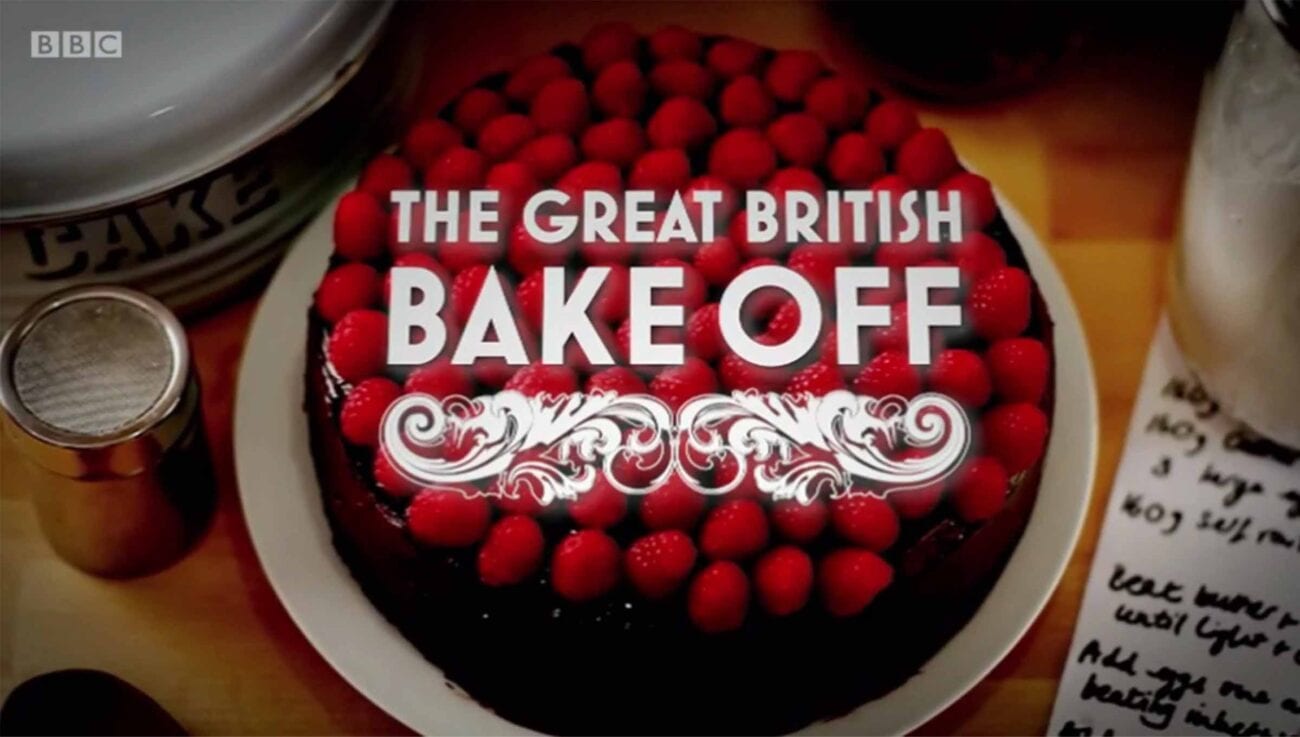 Addicted to ‘The Great British Baking Show’? These memes are for you

The Great British Baking Show has been a much needed ray of light in the world for years now. While the UK has reveled in the coziness of the baking show for many years, the U.S. is far newer to the experience, only truly gaining a wide fan base when the show was added to Netflix.

Now, in the year 2020, fears began to rise that the pandemic would prevent the show from having a new season this year – right when we all need the light hearted banter & delightfully supportive competitors the most.

Luckily, The Great British Baking Show will go on! The season has already been filmed and is set to premiere the first episode on Tuesday September 22. Meanwhile, international fans can start catching weekly new episodes on Netflix starting September 25 – three days after the episodes air.

Right now, we’re in a bit of a so-close-but-not-quite situation. While we wait for more boozy baked goods and the dreaded bread week we compiled some of our favorite Great British Baking Show memes to help us get ready. 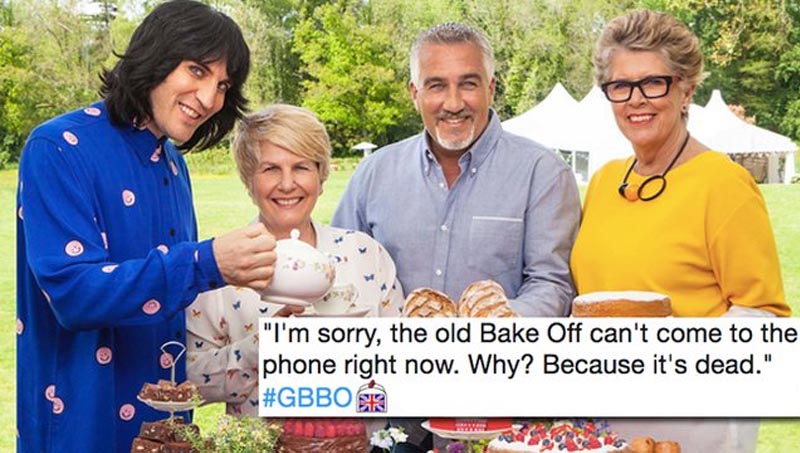 This Swift-themed meme is relevant once again since Sandi Toksvig has stepped away from the show, being replaced by Matt Lucas. 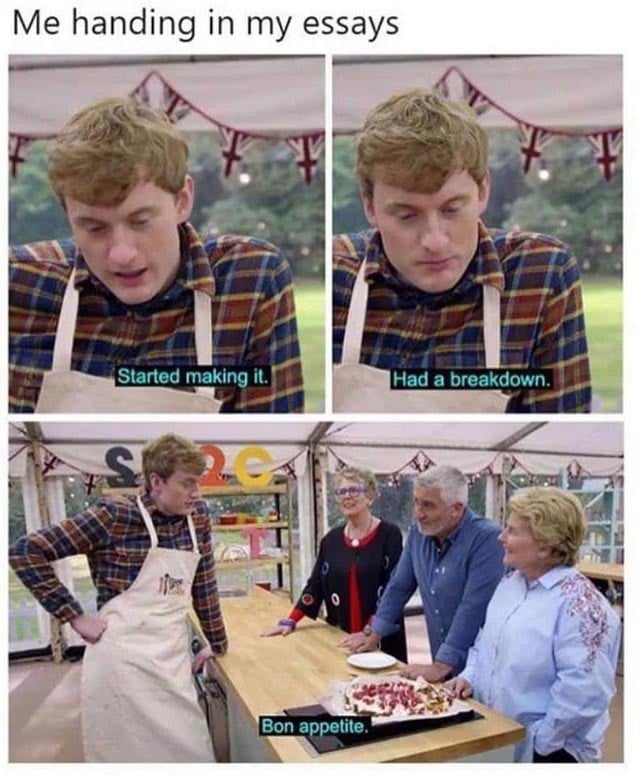 We’ve all been there, bud. This might be one of the most relatable moments in all of Great British Baking Show history. 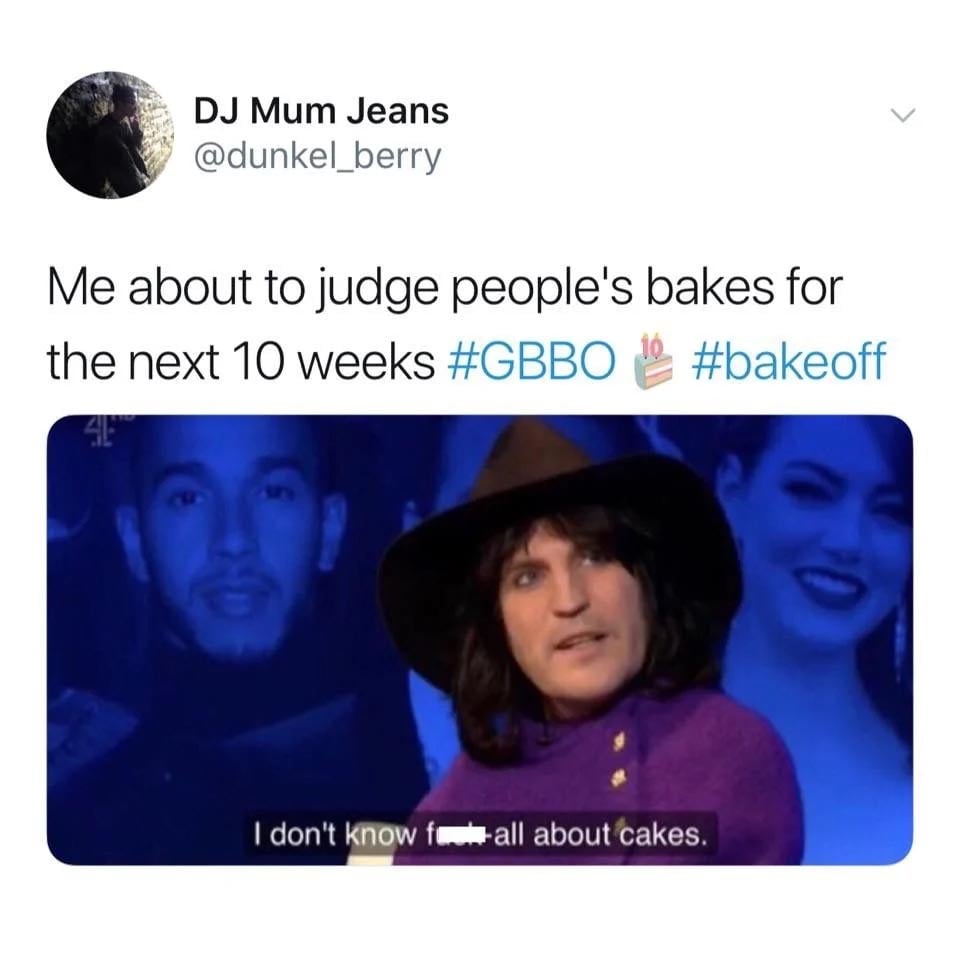 So what if we’ve never iced a cake before? We know that is way too much fondant decoration, nobody is going to want to eat that, and oh heavens, someone take away the artificial lemon flavoring before it’s too late! 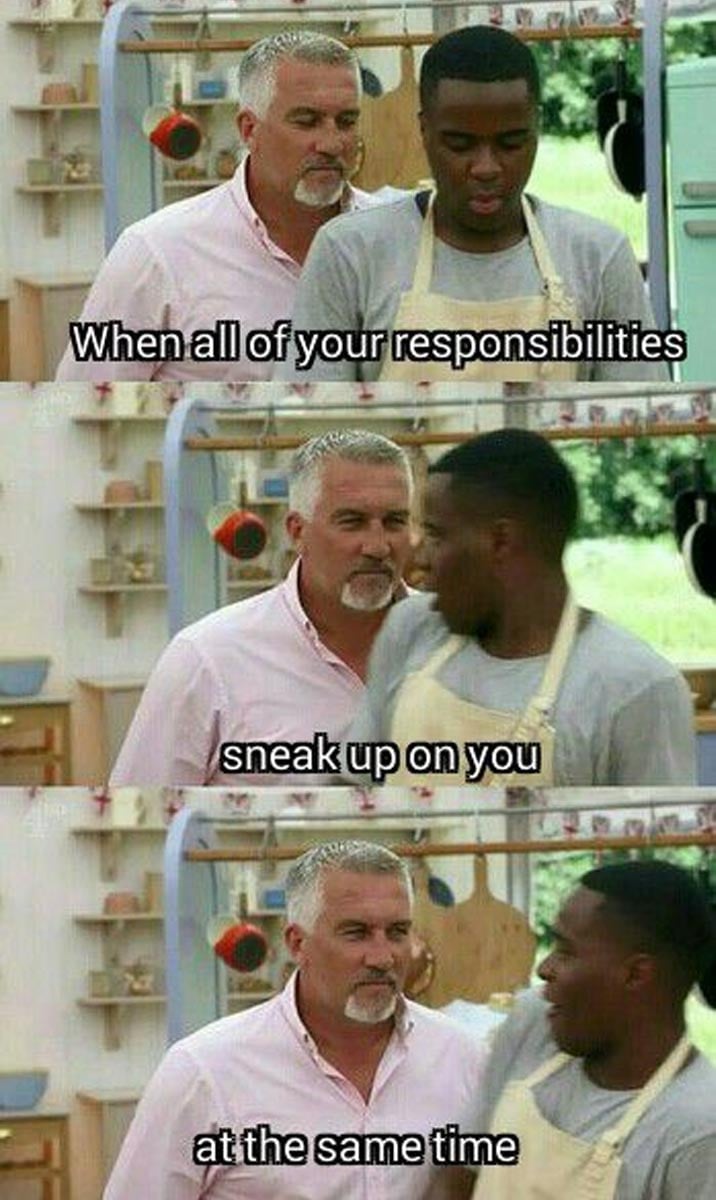 This image fills us with dread and we’re no longer students and we’ve never been on GBBS. 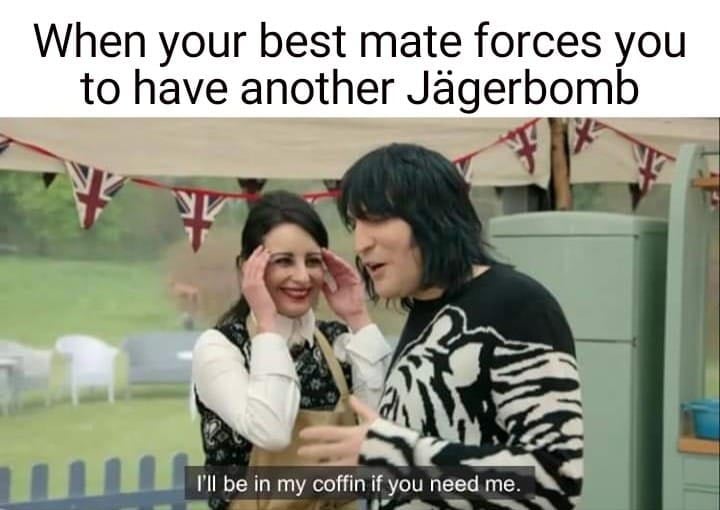 If there’s one thing that hardcore party people and goths have in common it’s a love of dark places during the daytime. 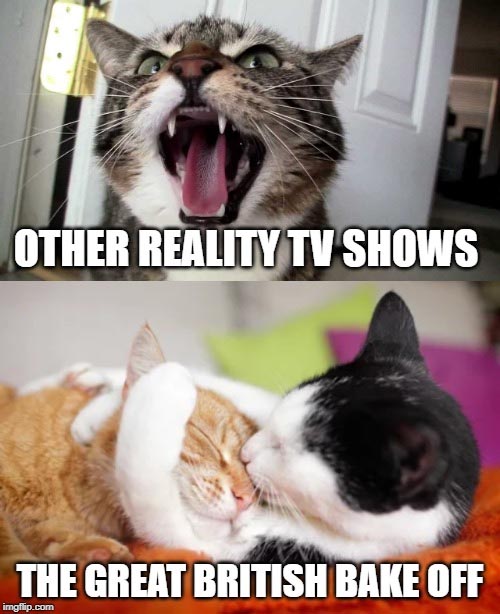 Who needs screaming chefs and petty feuds when you can have bakers helping each other pipe chocolate so that everyone finishes on time? 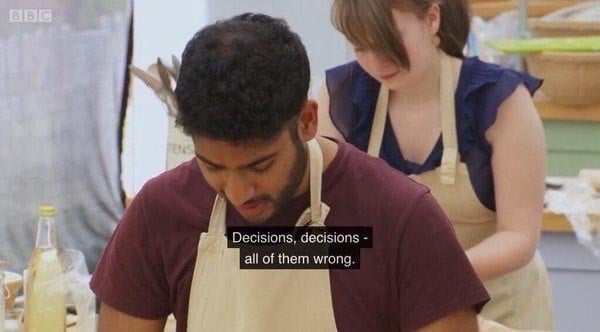 In times of stress we can still hear this baker’s words echoing through our minds. 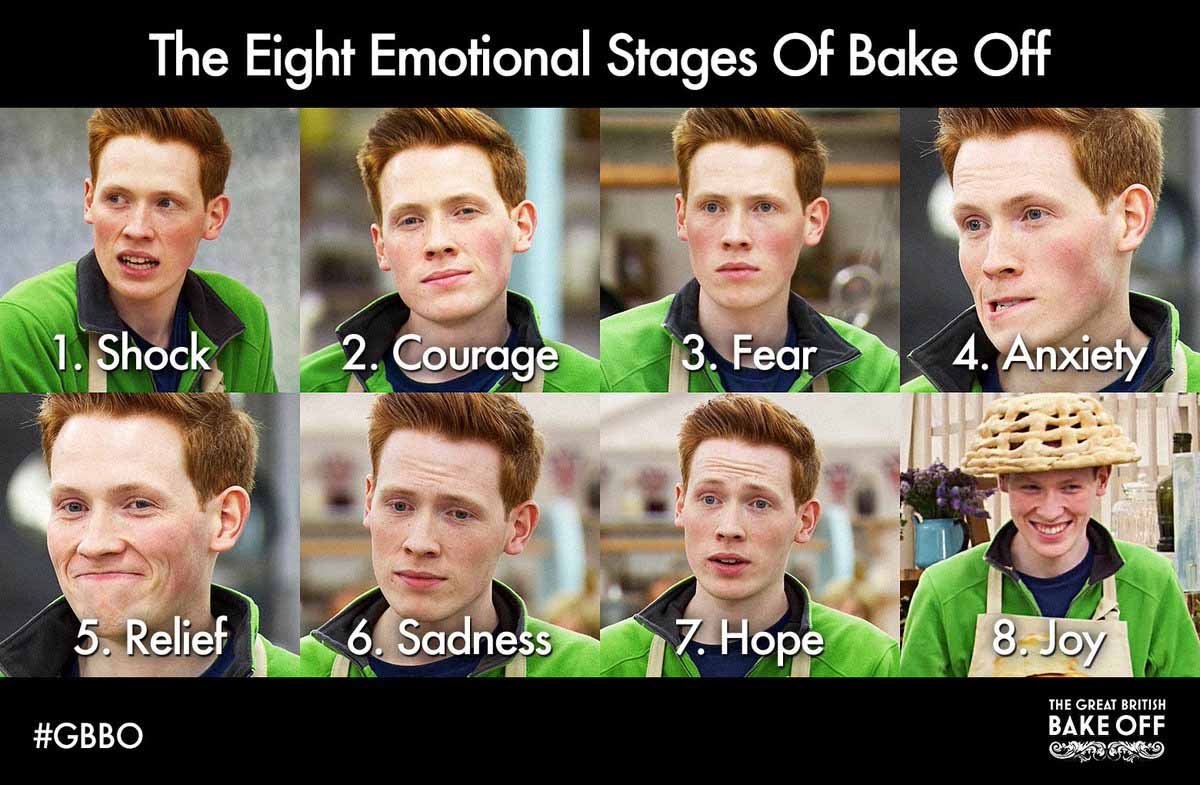 Those are just the stages for week one, now contestants will have to go through it again next week. 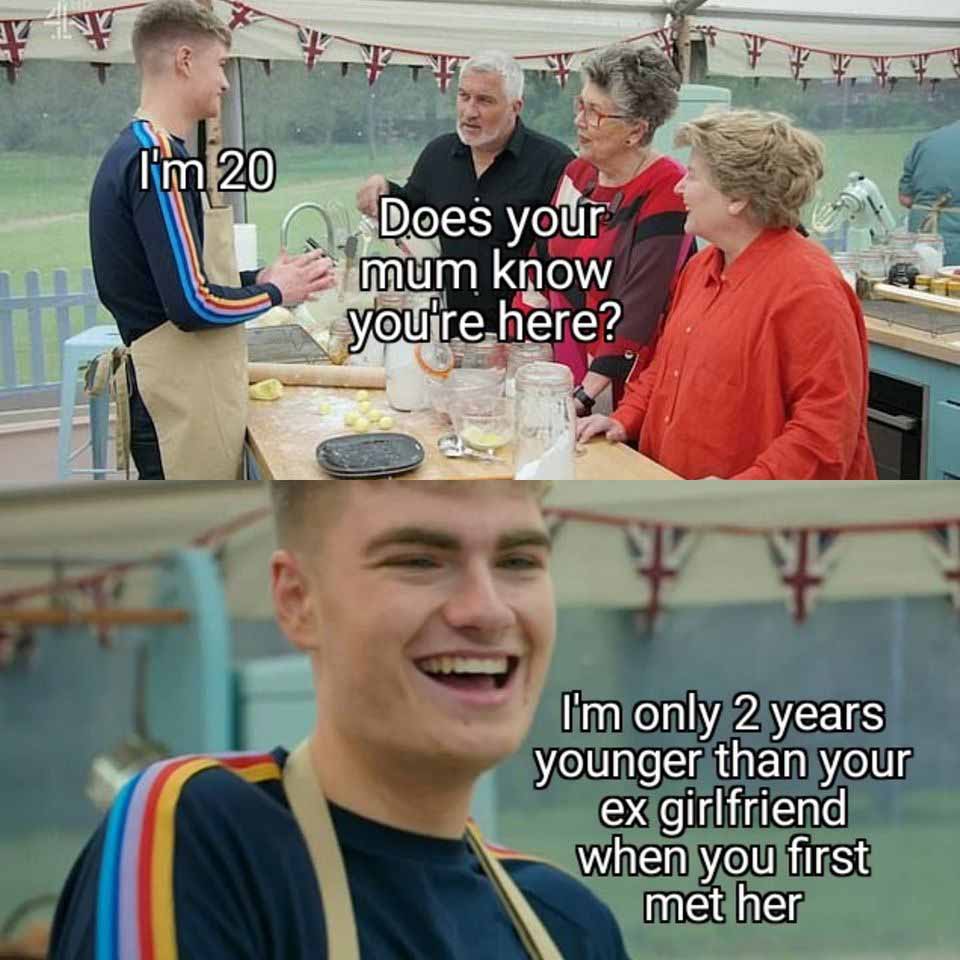 Someone better check their oven, something is burning

While this didn’t actually happen, we don’t mind throwing a little shade Hollywood’s way – he’s the least wholesome aspect of the whole show. 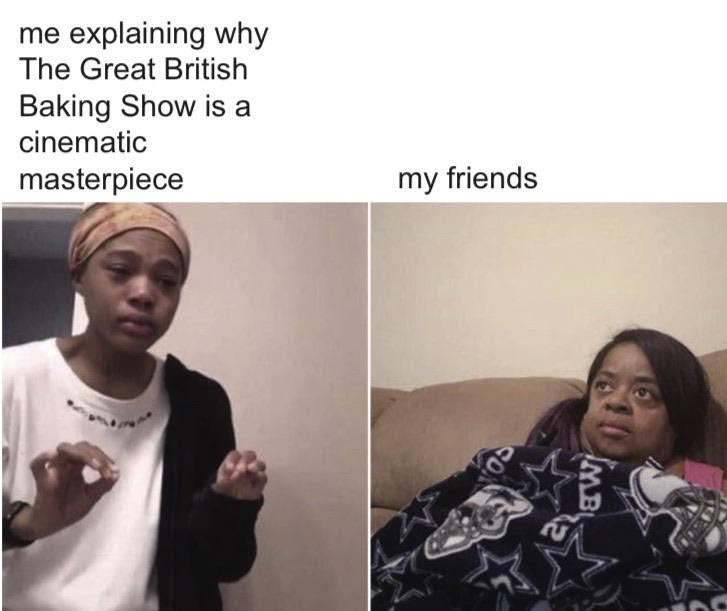 If you haven’t watched The Great British Baking Show before please join us this season. We promise it’s worth it.