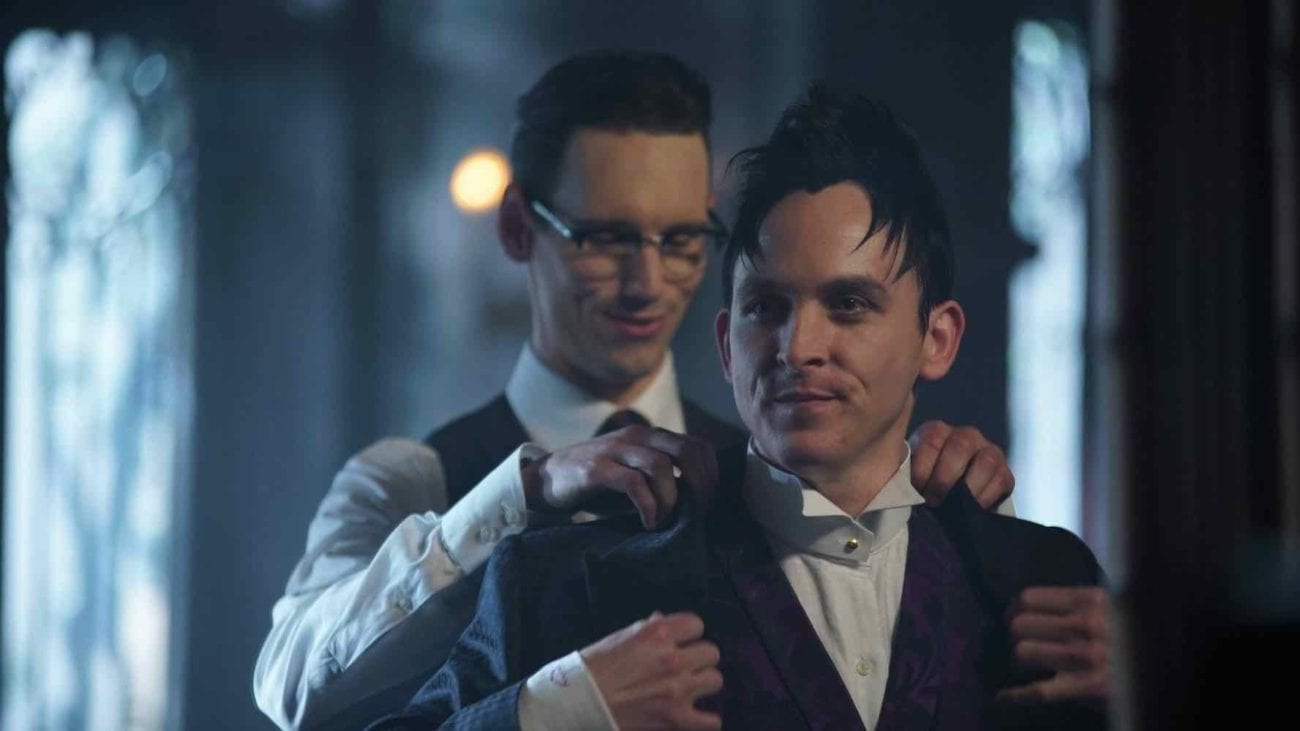 Here’s why the ‘Gotham’ fandom ships for Nygmobblepot

Gotham is an innovative show based on DC Comics characters and produced by Warner Bros. Television. The Batman origin narrative helped us rapt viewers understand how our favorite heroes (Batman) and villains (The Joker, Penguin) came to be. It also cast a light on just how Gotham City became the wretched crime-filled cesspool we all know & love.

As the fandom knows, we’re so behind the mission to #SaveGotham that it hurts, but today we’ve decided to take a break from all the activism and talk about love, sweet love. Here’s why we and the Gotham fandom ship hard for Nygmobblepot, and why these fantastic felons are anyone’s perfect gateway into Gotham for people on the fence about the show. 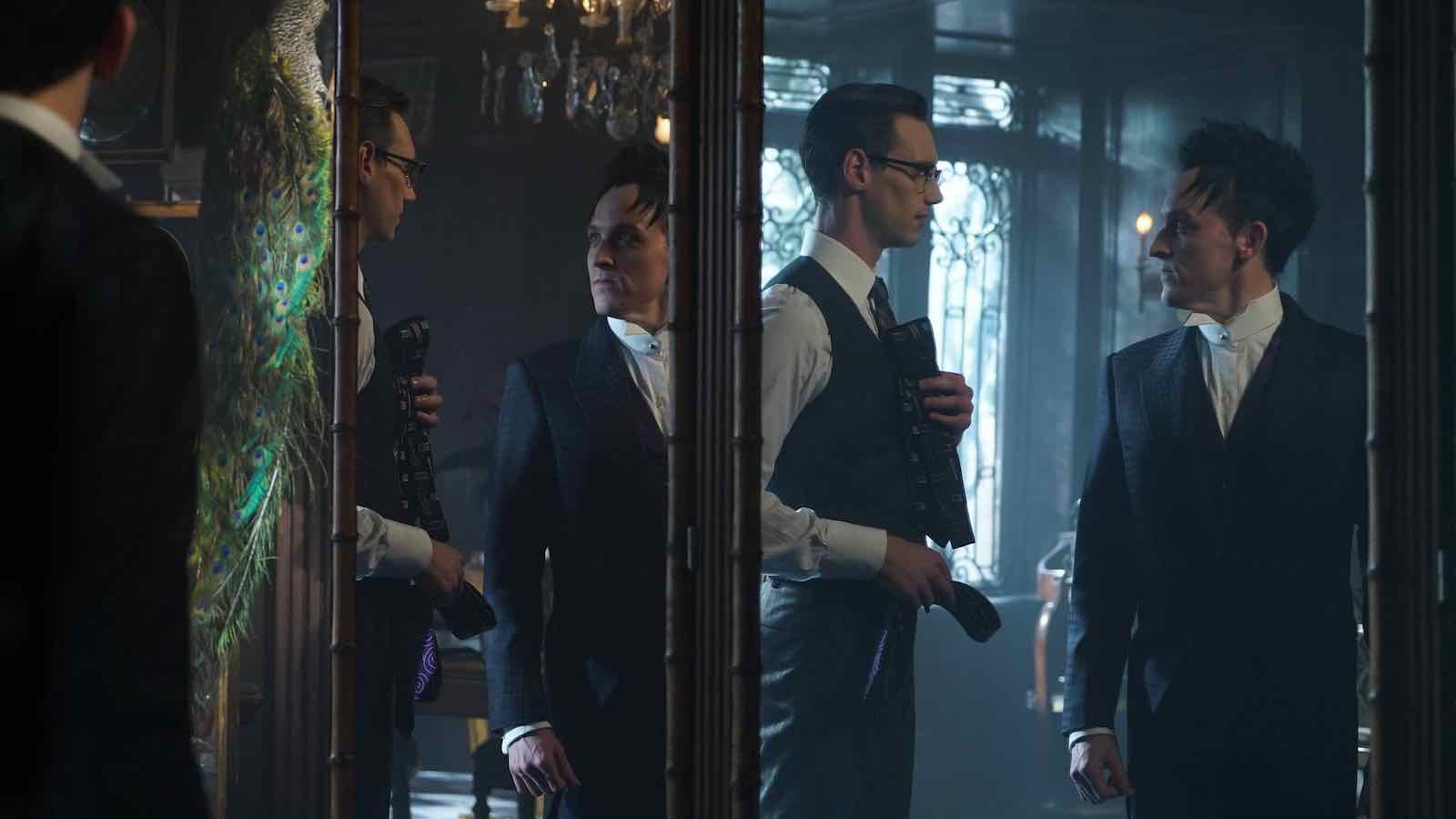 Both Ed & Oswald were transformed by love. They made sacrifices for each other & always ended up back together. They deserve, and the fans deserve to see this relationship respected as a romance on a server that understands it’s the 21st century.

Honestly because they’re both idiots and they really deserve each other.

They’re two individuals who’ve spent their lives mistreated and misunderstood. They are the only ones who accept one another wholeheartedly. Together they’ve learned about trust, sacrifice, forgiveness, and love. And no matter what they always find a way back to each other.

Excellent chemistry between them, and a fun, fresh take on these old, iconic characters. They’re like peanut butter and jelly: fine on their own, but especially delightful together. 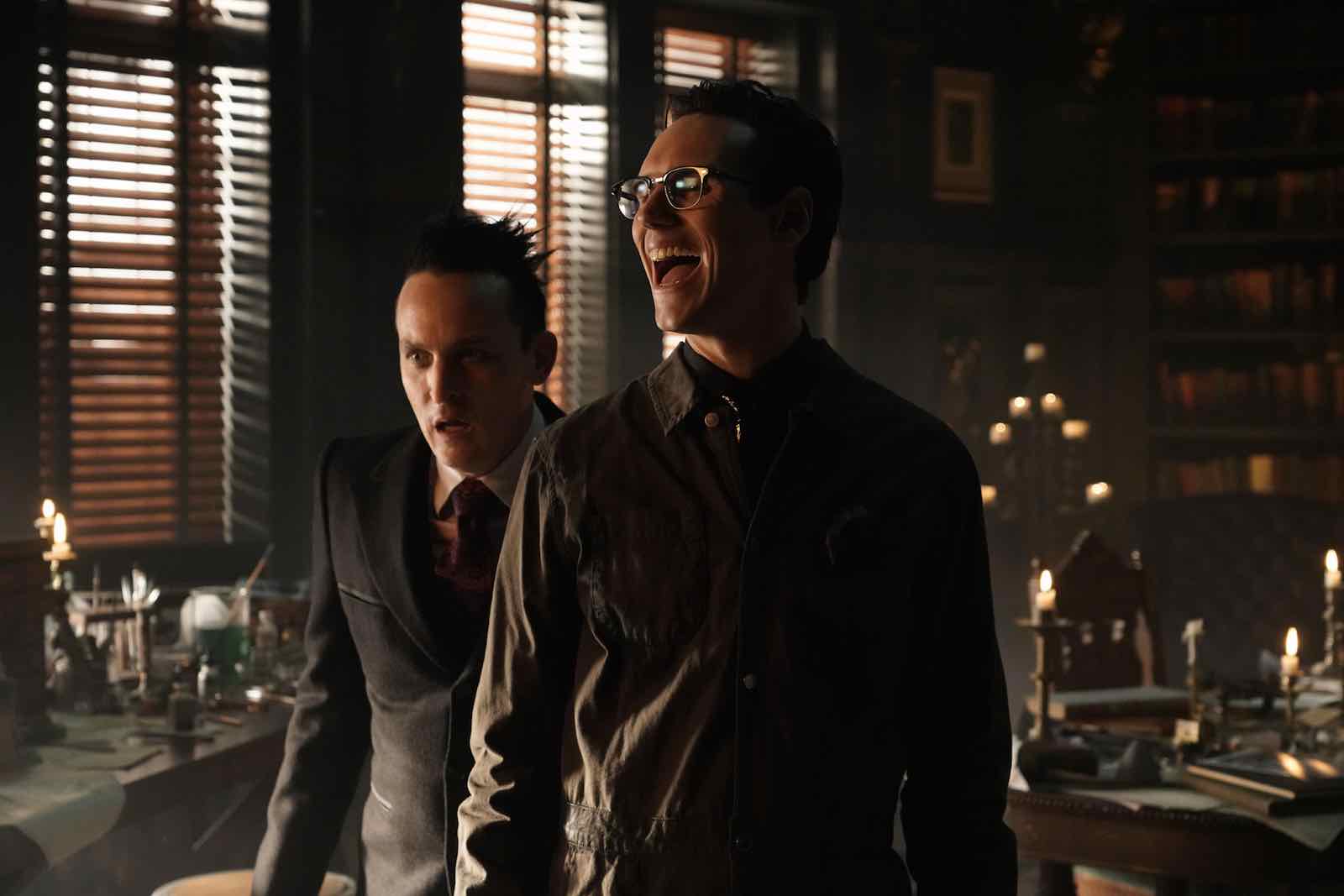 For one, they “really are meant for each other”! They’ve been through so much and have hurt each other so many times but they’ve managed to overcome it. They have a strong bond, would do anything for each other, and somehow they always come back together!

These two men grew up misunderstood and overlooked, and learned to use that to grow. they have risen together, and make an excellent team. they have both admitted to being stronger together, and their fates always become intertwined. they’re destined to be together.

While I’m not the biggest shipper of #Nygmobblepot, I do care for their happiness and for the fans who do ship them. My ship is #BatCat. They are best friends as kids & love each other deeply. They always want to protect each other. They are family. 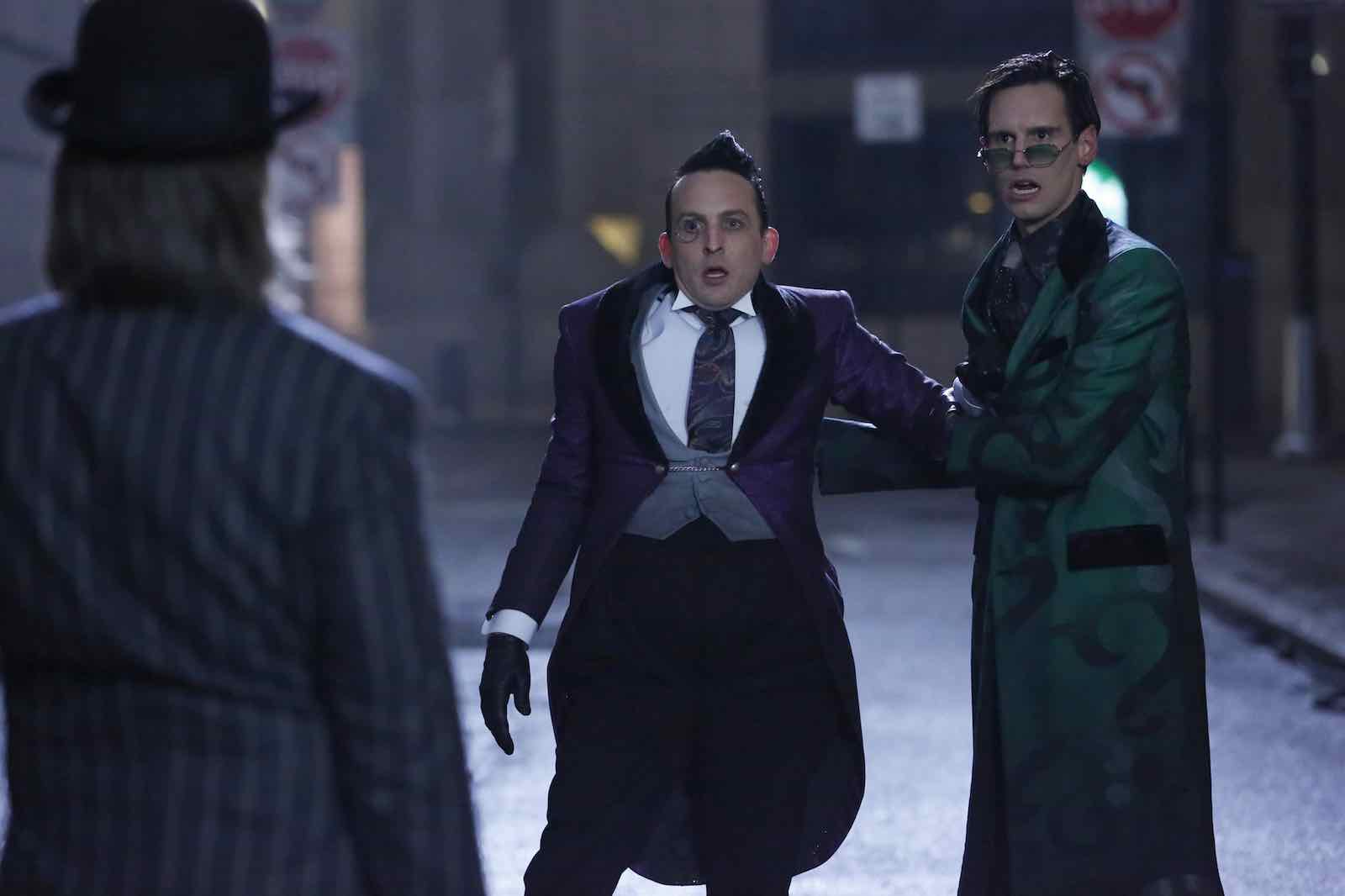 Nygmobblepot has a long, complex history that reveals both the best and worst of these 2 characters. They have grown and learned much from the relationship. They deserve to be on a server that allows them the freedom to be a romantic couple.

Jenny i love my girlfriend

they are two men who have been abused and undermined their entire lives, but see each other as equals. they have certainly had their ups and down, but they always come back, better and stronger than ever. they understand each other more than anyone else ever has. 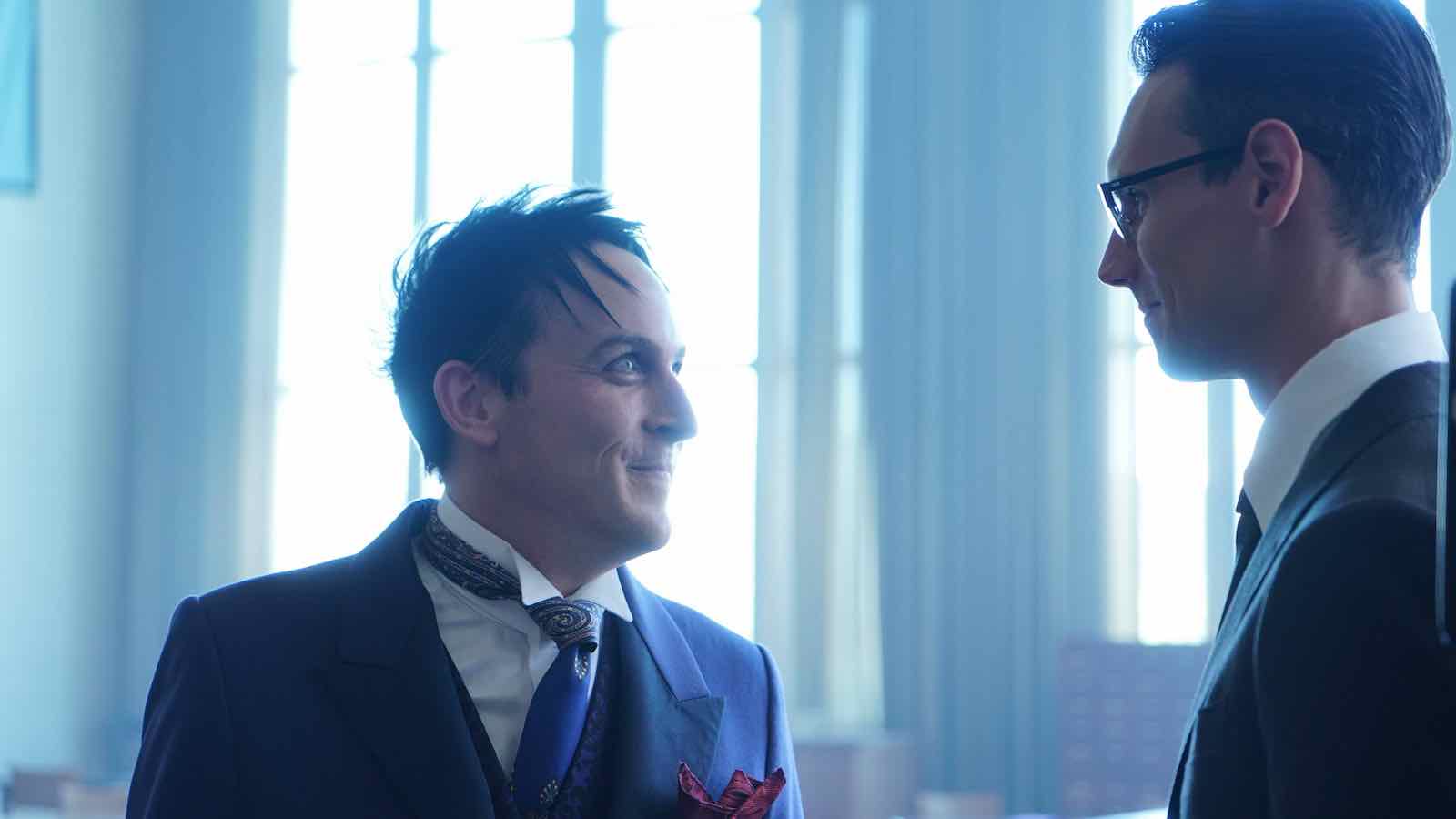 I’m down for anything with dear Oswald- his chaotic energy is a joy to watch, especially when it’s messing with other character such as Edward and Jim.

I am going to say something different in lieu of semantics. Technically in a sense when you get to the details they really are one of the few villain pairings portrayed in a “healthy” relationship in the Batman fandom. They progress, accept and move on; never stagnating.

I included the healthy relationship chart to prove a point. Each one of those slices can be seen over the course of Riddler and Penguin’s relationship in Gotham – more so when we reach season 5. Their entire journey is about respect.

Adding one more thing – Riddler has traditionally been coded as queer and flits with tentative bisexuality, meanwhile Penguin is known as a womanizer but has rare moments of ’what if’ regarding men. Gotham is one of the few Batman shows that follows through with M/M content. 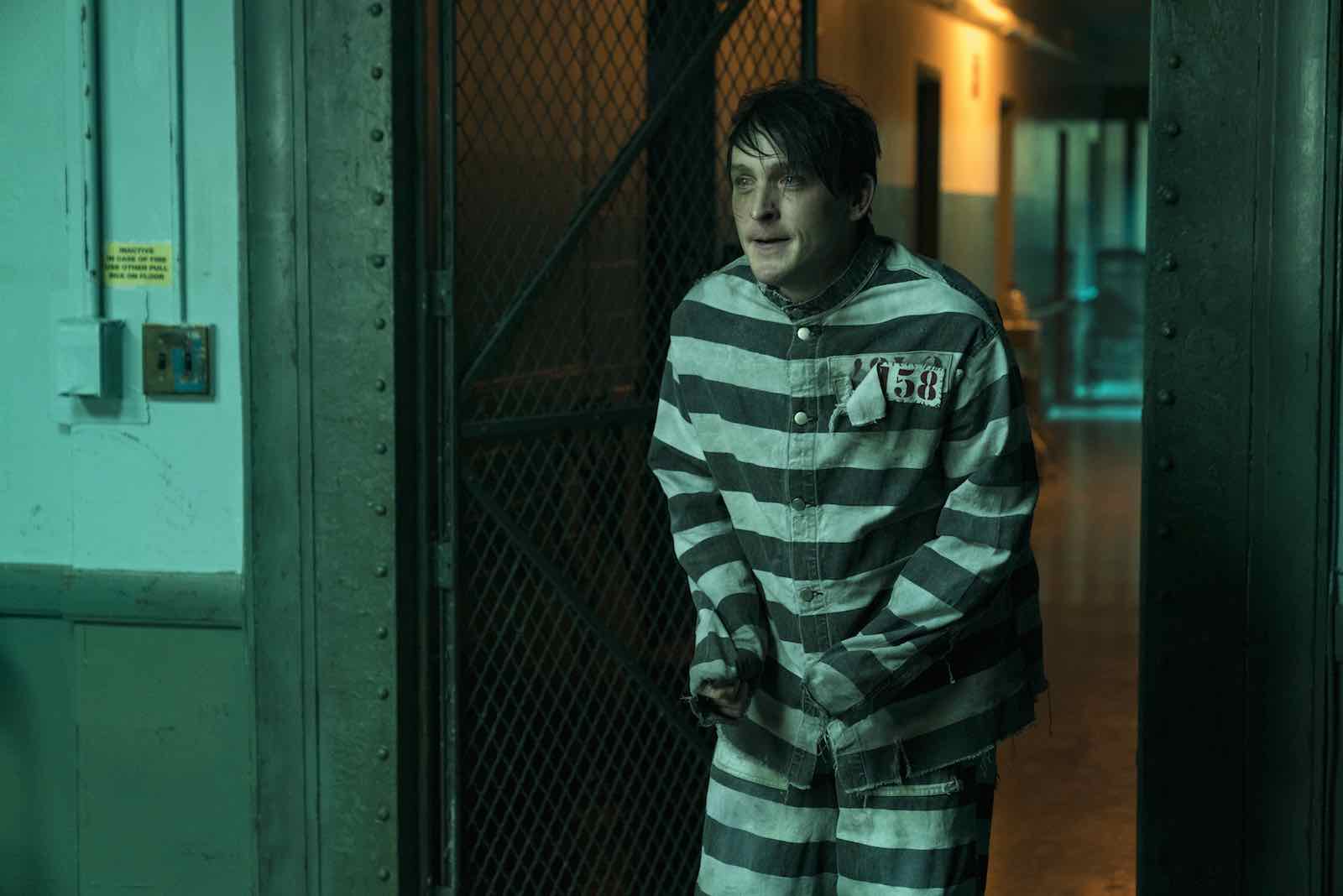 They are both extreme individuals, but they fit together perfectly. Both are complex characters that went through life unaccepted by everyone which shaped their desire for more and their paths to becoming supervillains, so when they met it was the first time they found their equal and were accepted by someone.

Their paths have been intertwined ever since, and whether they’re together or at odds, they’re always the most significant person in each other’s lives. But even though they ended up appearing together, we didn’t actually see them get “officially” together. Their story has yet to come to a close. 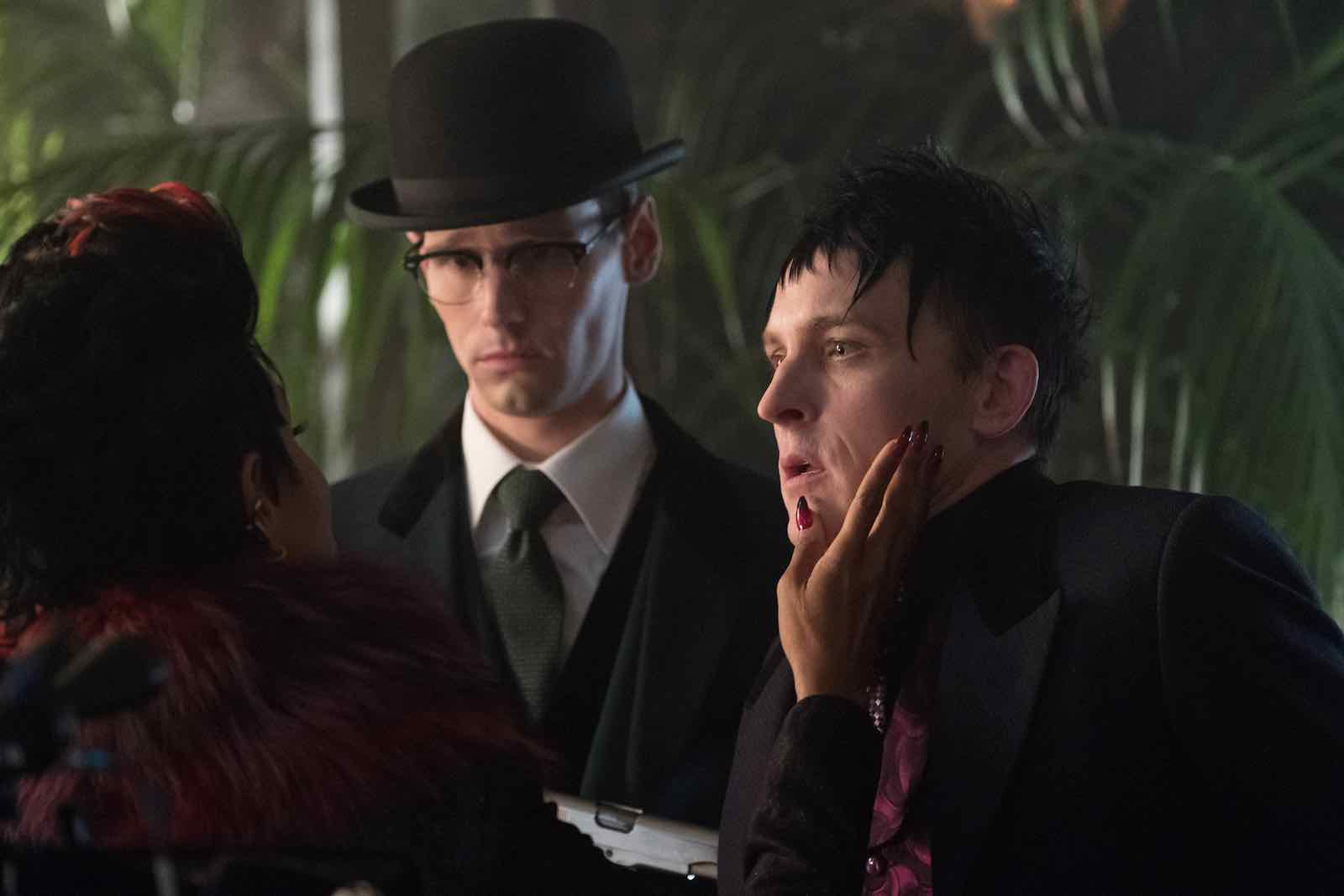 A very complex relationship that cannot be concluded in a spawn of a cut off season like it was. They have had a long journey and a perhaps even longer one before them. Their lowest and best have been shared together and they’re the one person who understand the other fully.

M/M relationships in media and tvshows especially is a rare breed. Even more is the concept of the big chance to make two comic characters and made an entirely new spin on them by being brave enough to make them queer, Oswald perhaps within the asexual spectrum at that. Ed as a tormented, abused soul who struggles with his own identiy and perhaps sexuality.

There is really so much to say, which is exactly why there need to be more to tell the rest of the story. 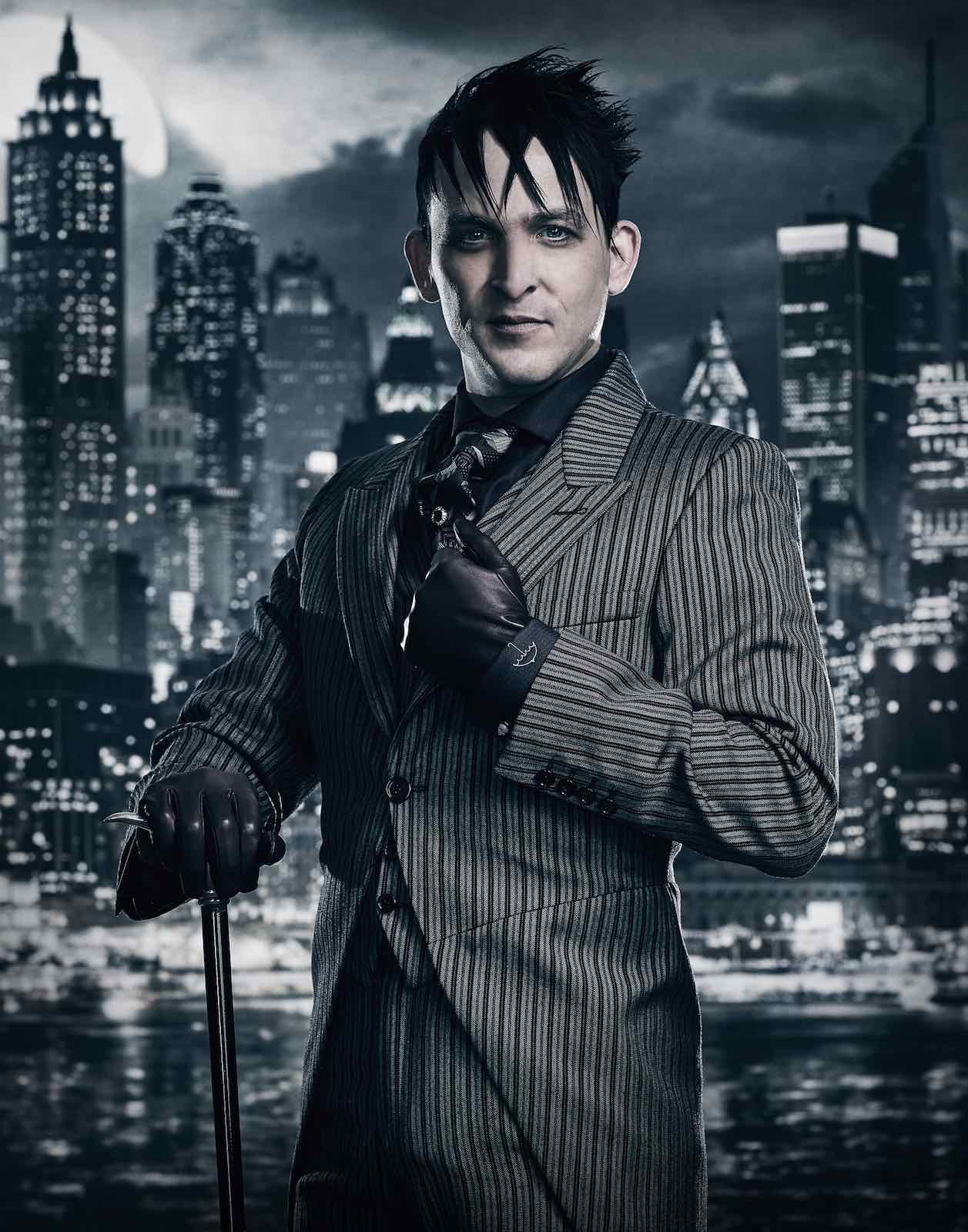 ed and oswald are soulmates, and fate keeps bringing them together. theyre the only ones who fully understand each other and the finale set up them living the rest of their lives together as partners in crime. they are simply meant to be

While Ed fights with the dichotomy within himself, he’s always felt the most whole when he’s been all-encompassed by Oswald’s world and care. Oswald found compassion and acceptance for all the parts that Ed thought were not loved. They are twin souls that deserve a longer story.

There’s always been a complexity to both of them, and they understand the extremes that have made them into the people they are. There is no desire to change the other, only bring out the best in one another and a comfort shared that’s so important. 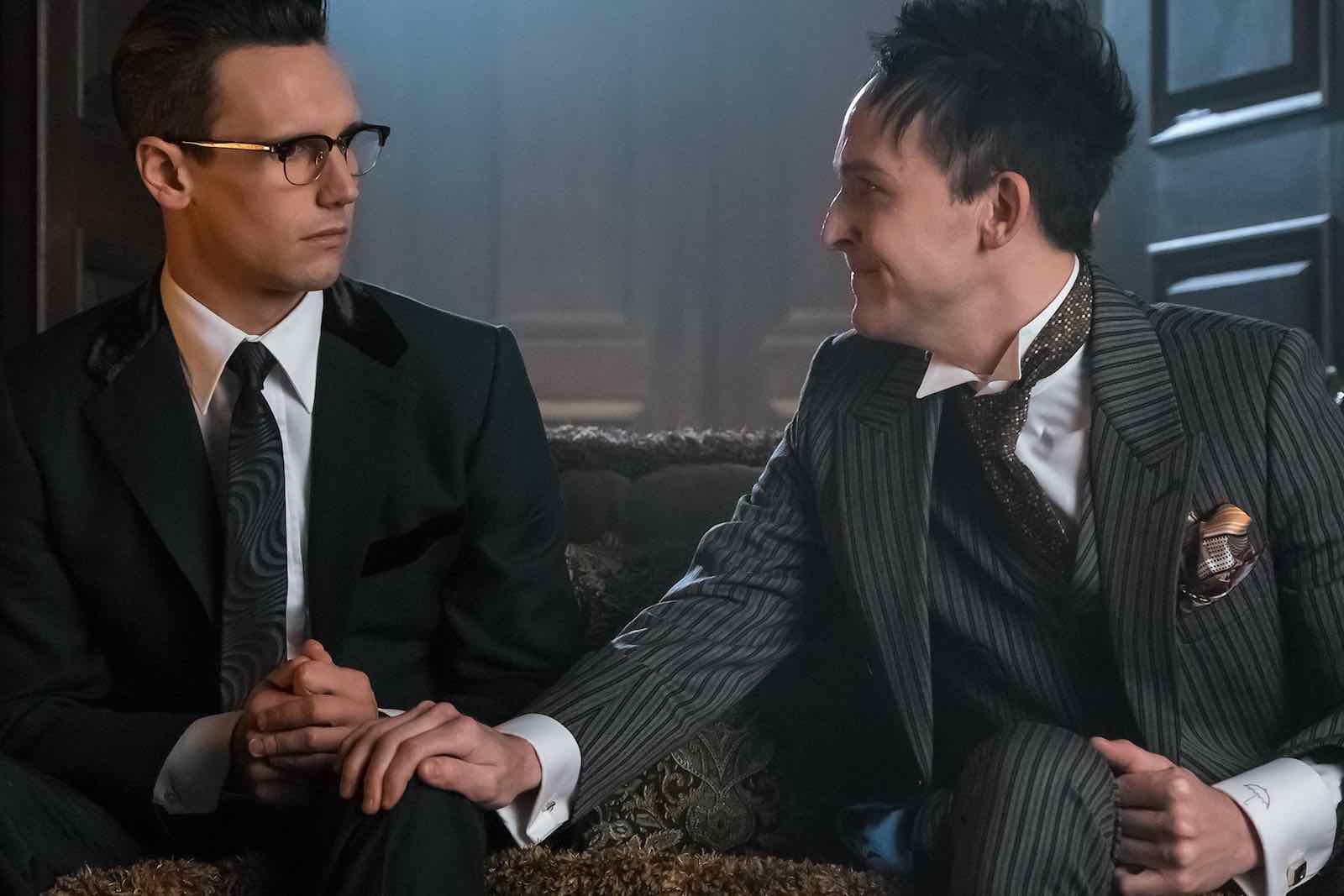 I feel as though they have stories that extend beyond what Gotham was able to show through their 5 seasons. Especially with the 5th season being half of its normal length. They mean so much to me, and so many others, and I would love to see even more of them (1/2)

(2/2) and to be able to see Gotham’s depiction of Ed’s backstory, an explanation for the whole Isabella fiasco (like how is she even possible) and a plot line where Ed saves Oswald. We haven’t had any of those since s2/early s3 and I need that in my life. I miss them so much. 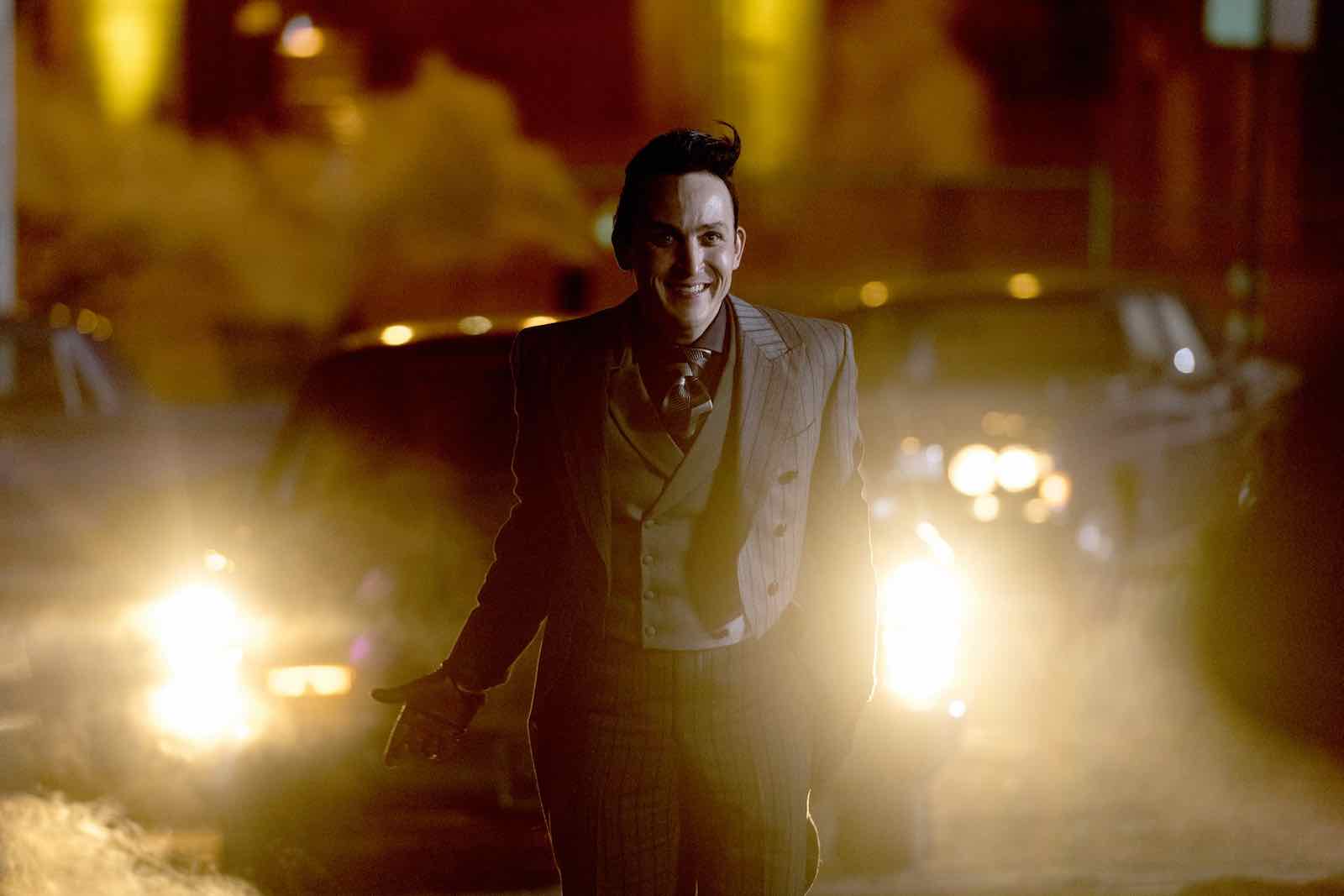 Not only off the charts chemistry, but near similar backgrounds also. Both Ed & Oswald were abandoned by their parents, and had to fight the world their whole lives. Then brought them together and they’ve been unstoppable ever since.

Because they have the best character development and bond I’ve ever seen on a show! They both truly have no one but eachother. For villains where it’s rare to see compassion and love, these two have it for eachother and it’s so wholesome and sweet. 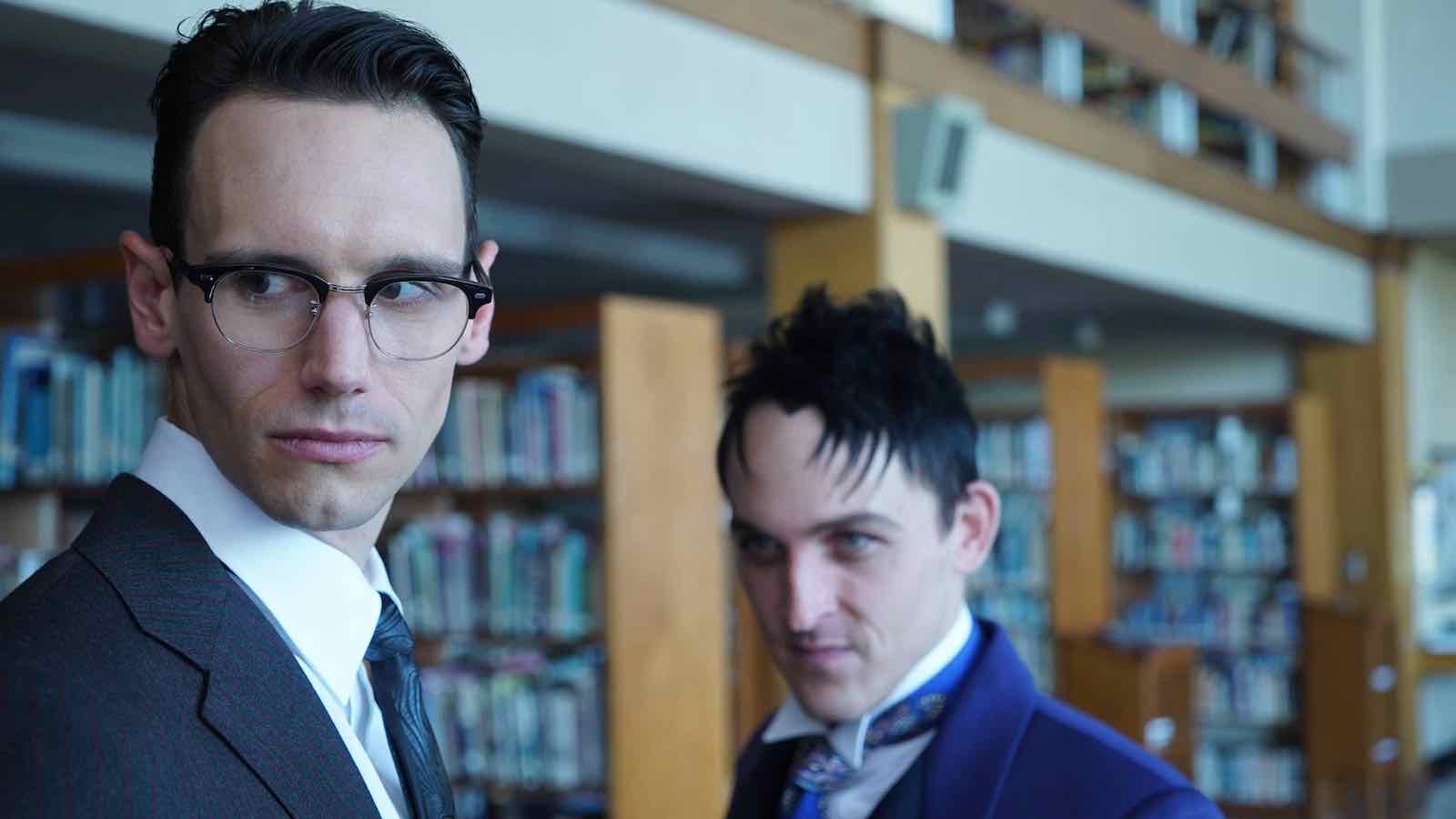 it’s the first LGBT representation in such a major franchise on TV! it was taken from us once, twice, but there won’t be a third. i will produce season 6 in my basement with tze and my best friend if i must

REPRESENTATION!!! Seriously, there’s nothing quite like it. Oswald and Edward deserve a wedding and a musical episode to go with it. Because, if Arthur’s teacher can get married on TV why not The Penguin and The Riddler!? Please!! Make it happen! 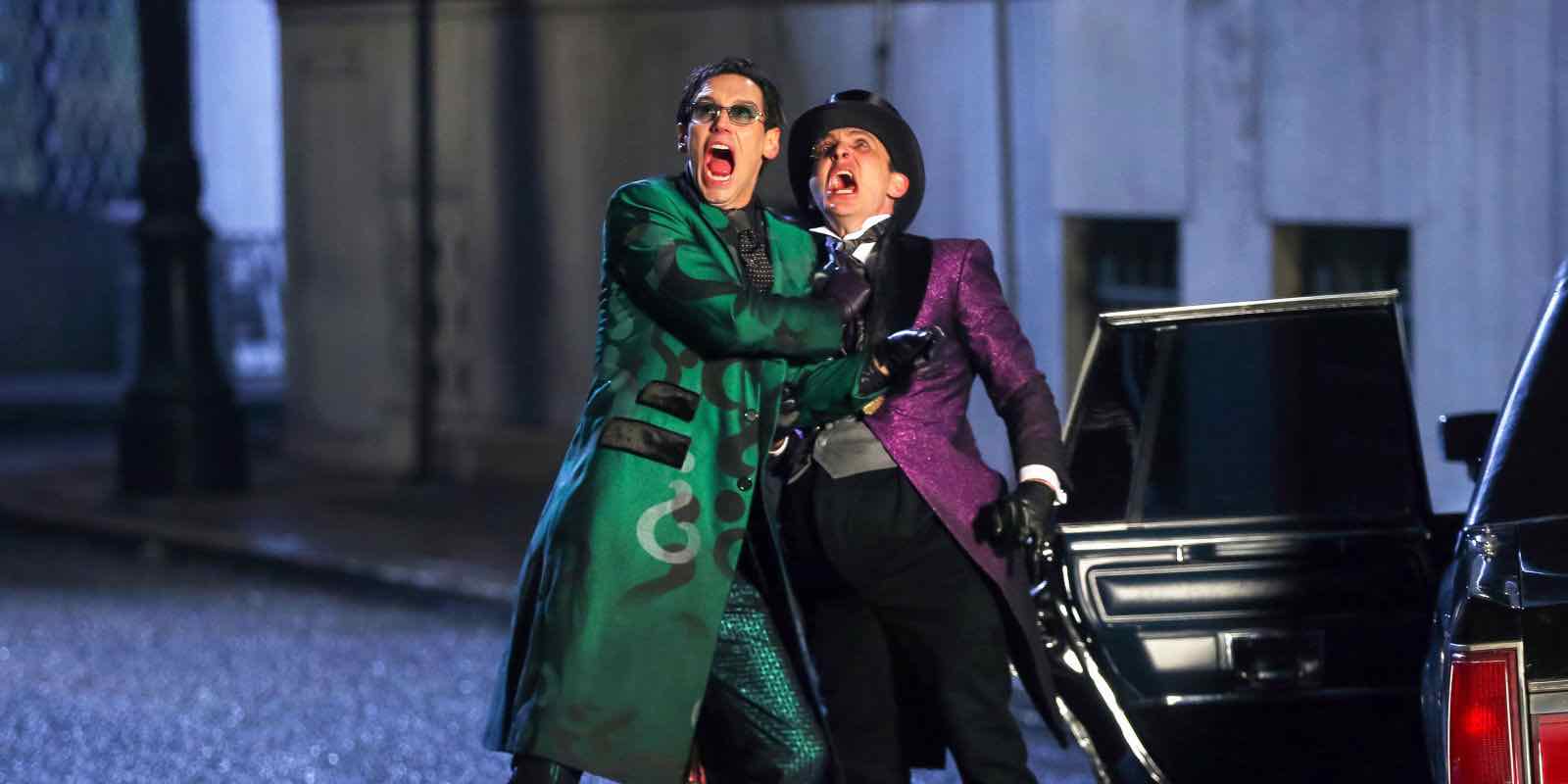 Because they are two characters who have been physically and emotionally abused most of their lives, and even after all of their hardships and turmoil, found love and trust and safety in one another 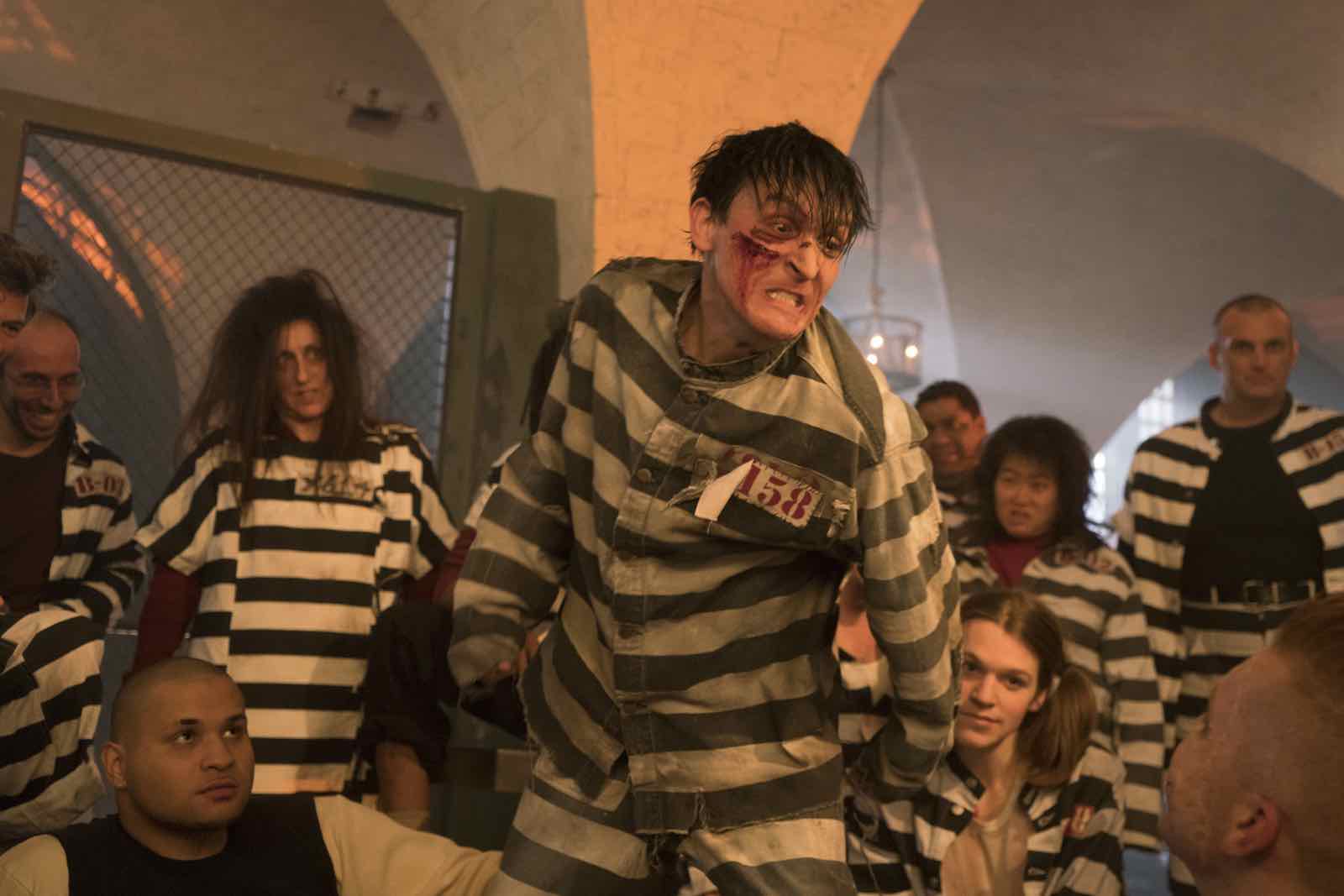 Their chemistry, specifically between Robin Lord Taylor & Cory Michael Smith, is incredibly entertaining and heart warming to watch. It makes my whole day, of not, week better when I see them interacting on screen. FOX did not do them justice by keeping them in the closet.

Because their story is FAR from over. Cory and Robin’s skills and chemistry shouldn’t be squandered. We had 5 years of their story buildup and got crapped on in the final episode, and I deserve my #BisexualRiddler!!!

Nygmobblepot truly is such an interesting ship. As singular characters they are great, but together, they shine. They’re complex, damaged characters and take comfort in each other. Their journey is a long, painful one, but they deserve and compliment each other. It makes sense. 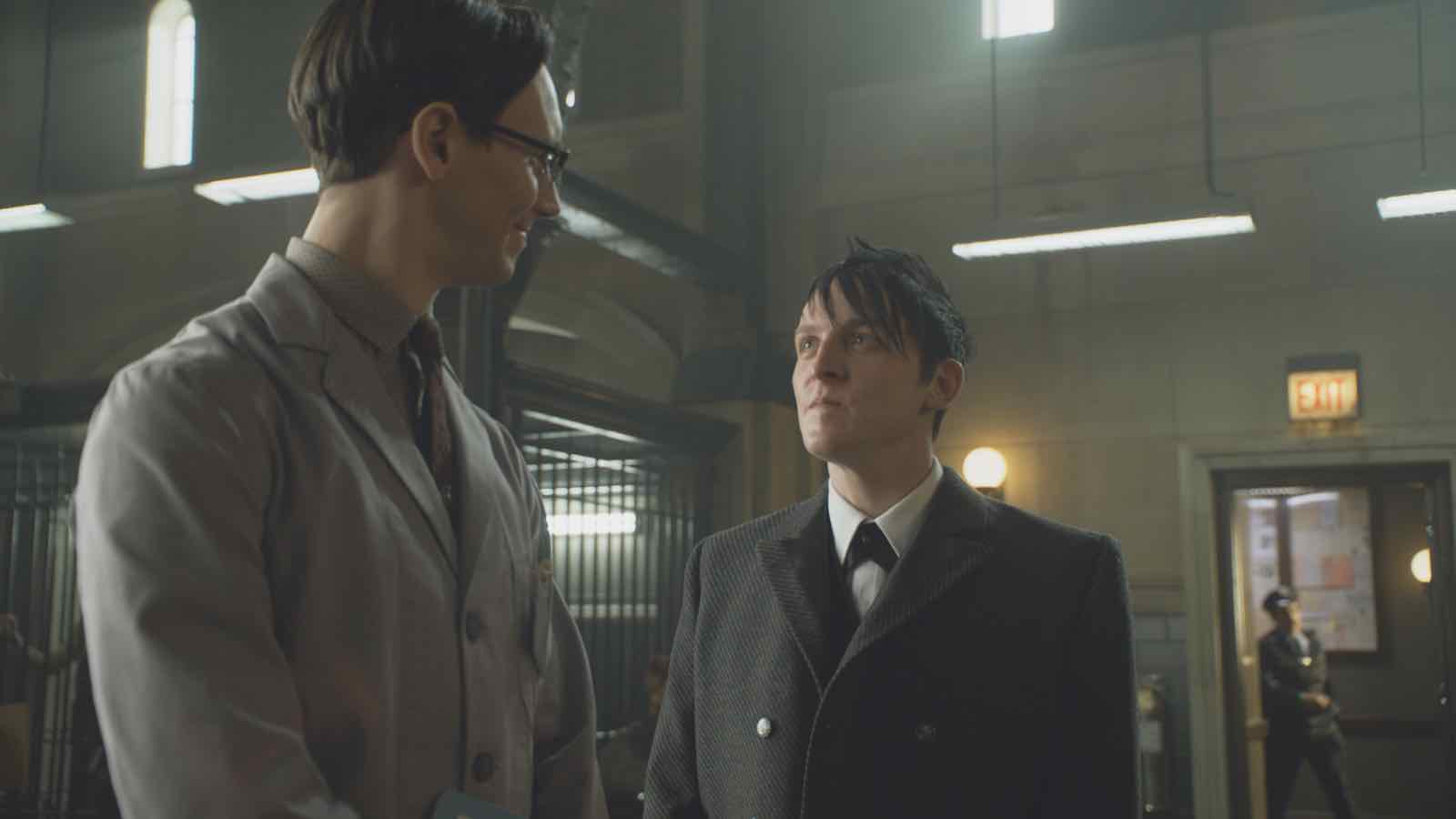 They are truly self confident with each other, anything becomes possible. They don’t need any cane.

They have each other.

I Found Myself Pulling For Eddies Happiness plus Their Adorable Together.

they just have such strong chemistry and are so much better together than apart. their relationship constantly evolved throughout Gotham, becoming the main driving force for their individual developments too and… they were just made for each other okay 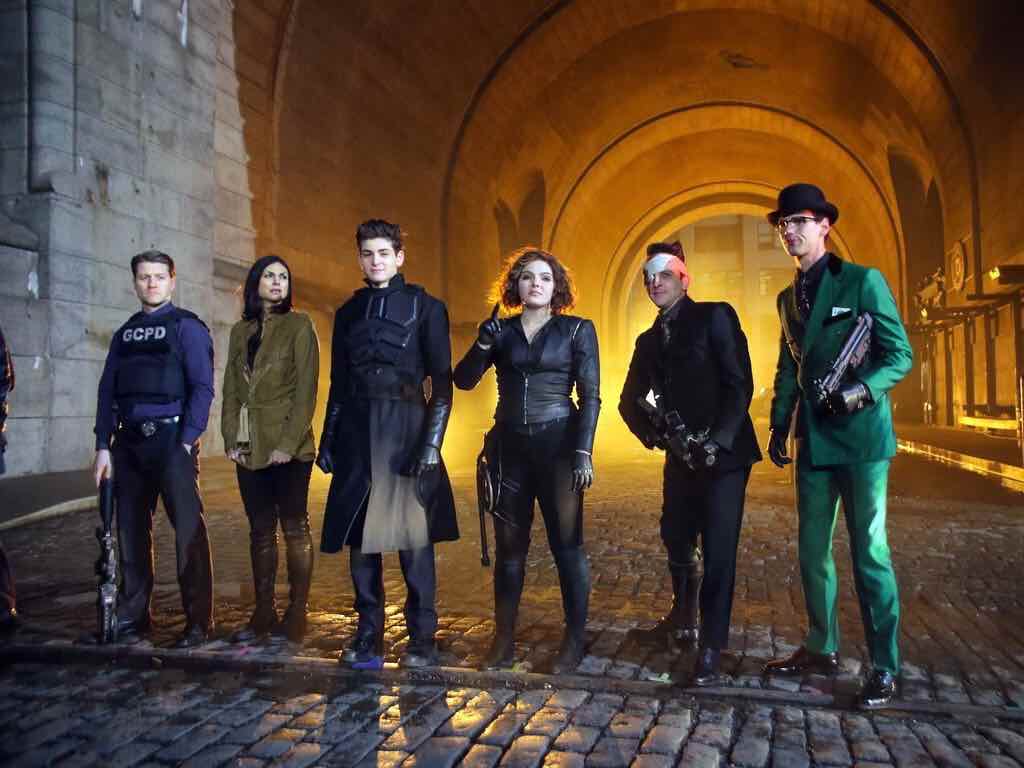 I see a lot of myself and my partner @MisterPenguin in the #Nygmobblepot ship and I feel that their relationship is very well developed with lots of ups and downs and it’s fate that they are both meant for each other.

With all of the characters that had amazing chemistry on Gotham, the main three had to be nygmobblepot, wayleska, and babitha. Nygmobblepot have been through so much together, and besides how revolutionary and amazing it would be for a show based on two previously heterosexual characters in a homosexual relationship, they simply work amazingly together.

Wayleska, which, based on the canonically sexually tense relationship of batman and joker, has a certain air of tragic romance. I mean, Jeremiah even admitted that Bruce was the only person he ever loved, and they apparently spent a lot of time together off-screen while building the generators.