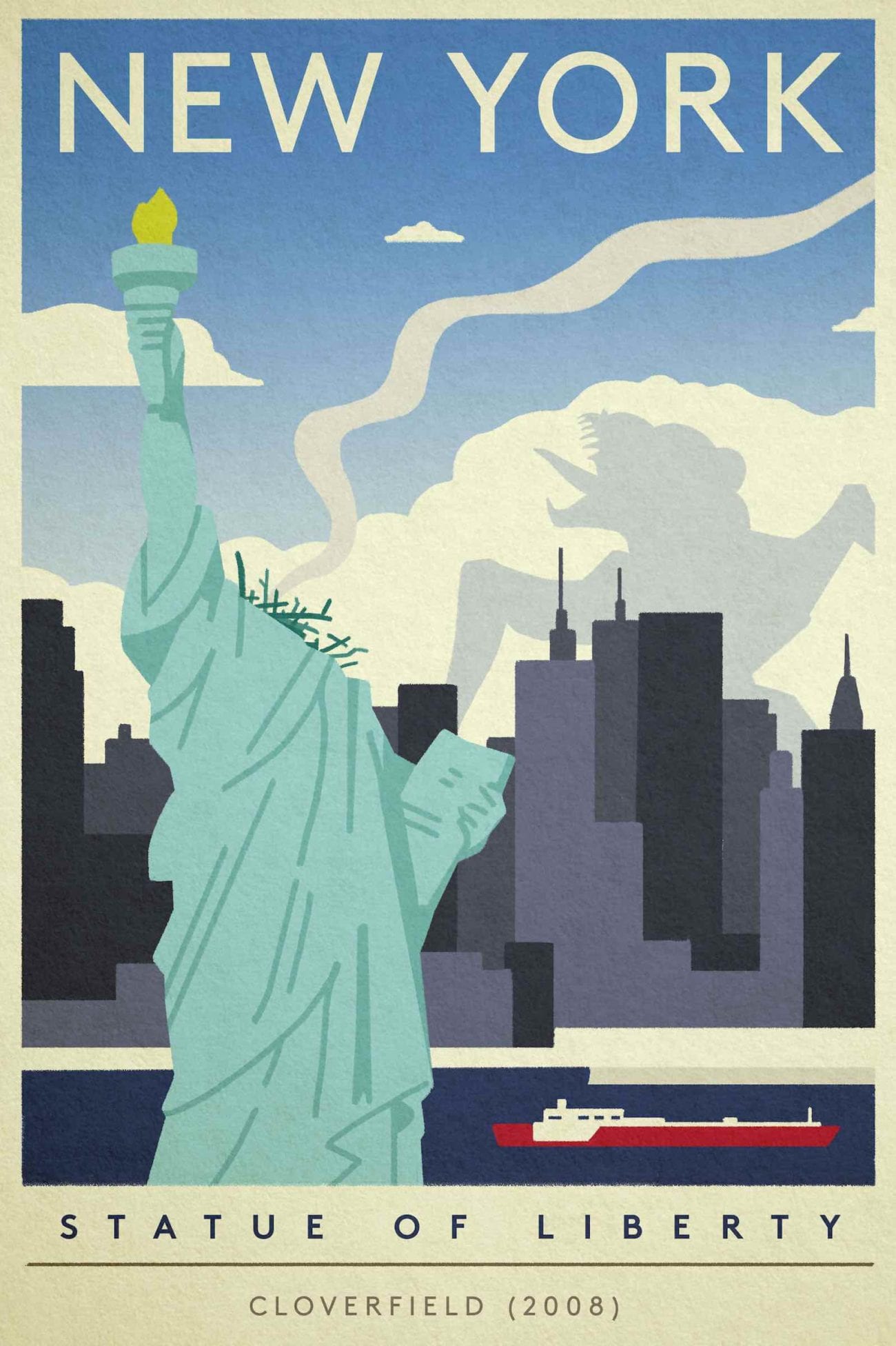 For as long as Hollywood has been making films, they’ve been blowing things up. The famous train wreck scene from the 1926 film The General starring Buster Keaton could be one of the first big forays into explosive effects as the most expensive shot in silent cinema.

The train wreck scene involved blowing up a bridge while a locomotive traversed it and cost $42,000 at the time, equal to around half a million today. Since then, the film industry’s appetite for destruction has only gotten larger and more insatiable.

They’ve also gotten way better at destroying stuff – particularly famous landmarks. It’s quite a common feature of films to destroy a landmark these days, and there is something so alluring about it. You’ll often see this destruction being used in the marketing materials and trailers as it elicits quite a response.

The destruction of landmarks is something that you can normally only ever imagine in your mind, as they’re so protected and revered. The standard of visual effects in movies has improved so much that CGI is capable of making these destructions look very real.

When the Notre Dame succumbed to flames earlier this year, a billion dollars was raised in a week and an outpouring of grief ensued as the world seemingly froze for an evening. Compare that to what’s happening in the Amazon and Sub-Saharan Africa right now and you can see why Hollywood loves to create these spectacles of landmark destruction – because it is a spectacle! One you can’t take your eyes off.

Playing on this idea, Vibrant Doors created these awesome travel posters of landmarks destroyed in movies. Created in a retro/vintage style, they depict some famous cinematic moments of landmark destruction, along with the monsters that were responsible. 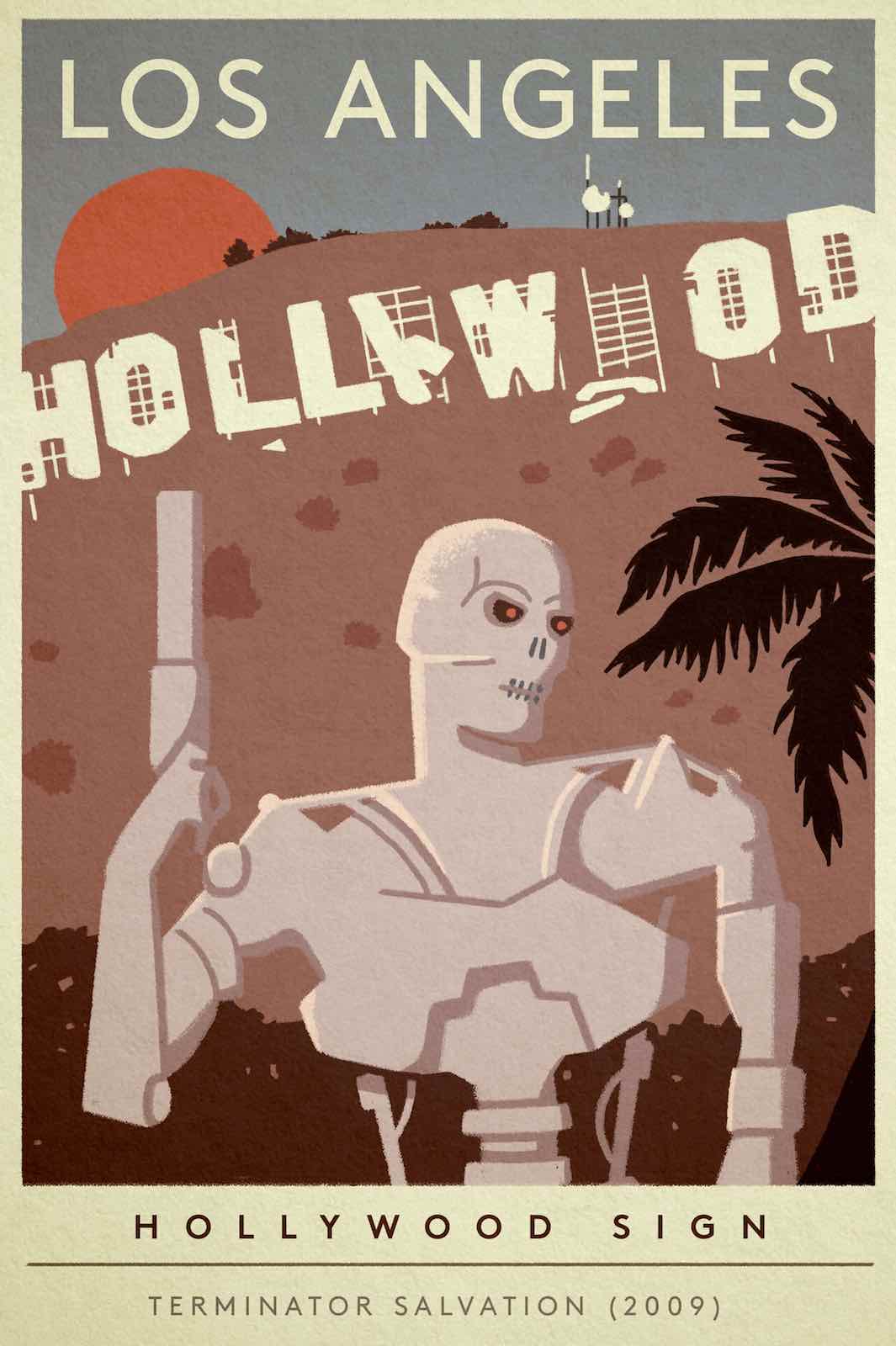 A film known more infamously for Christian Bale’s expletive rant on set, the fourth iteration of the Terminator franchise saw Hollywood’s monument, its famous sign, meet a grisly end – as it has done many times. The budget for this film was $200 million, and the Hollywood Sign cost $20,000. So, they could have actually destroyed the Hollywood Sign ten thousand times over if they wanted instead.

Matt Reeves’s reclaimed footage monster movie was well received. It also gave us the very striking visual of a decapitated Libertas, the goddess depicted on the Statue of Liberty. Used in all the marketing materials, this shot was very enticing indeed. (Featured above) 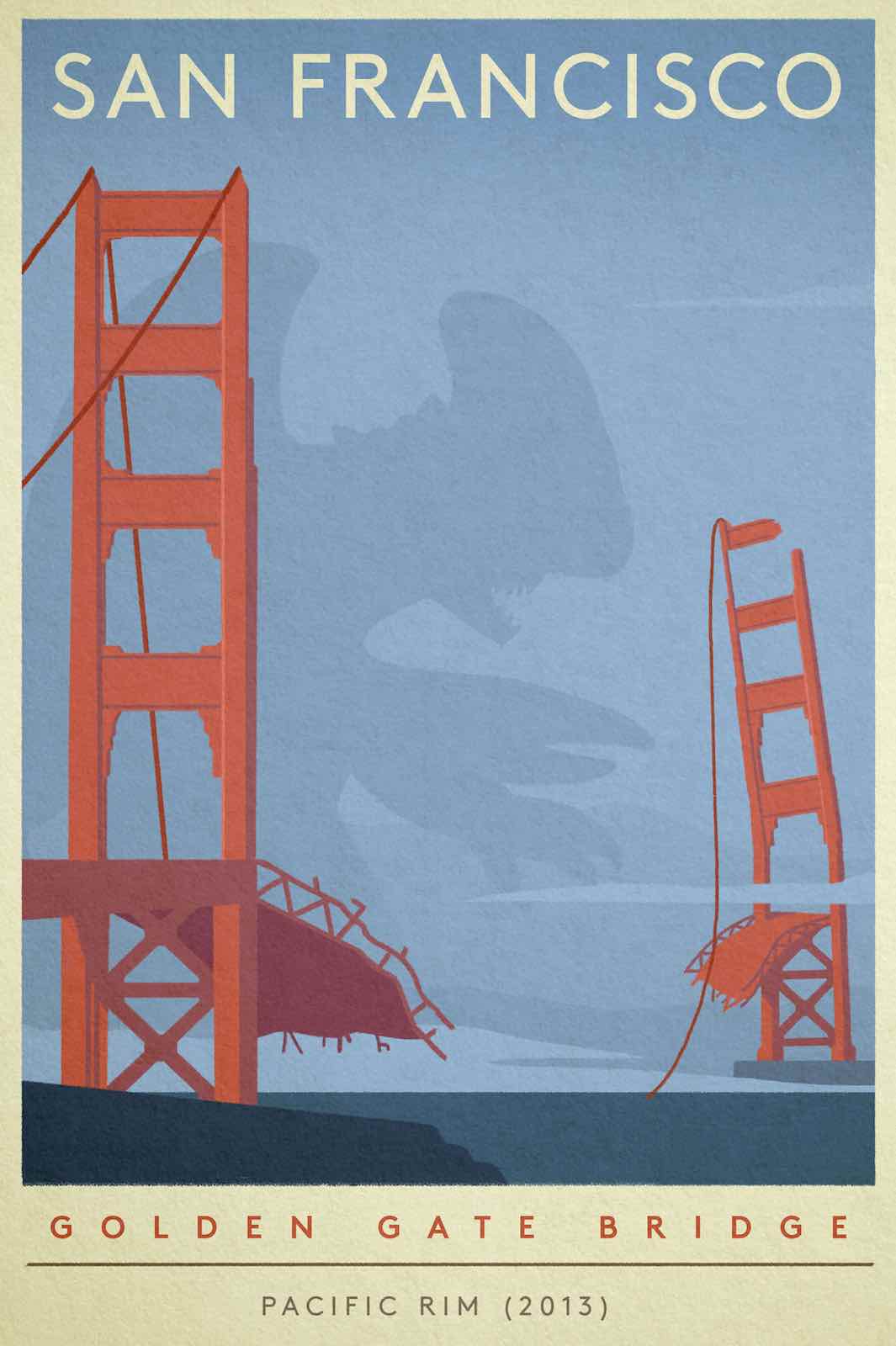 One of the modern wonders of the world, the Golden Gate Bridge is destroyed in the opening sequence of Guillermo Del Toro’s 2013 action-packed Pacific Rim. It would cost a cool $1.5 billion dollars to build the Golden Gate Bridge again if such an event were to happen. The film saw a sequel made in 2018, with rumblings of a third in the offing. 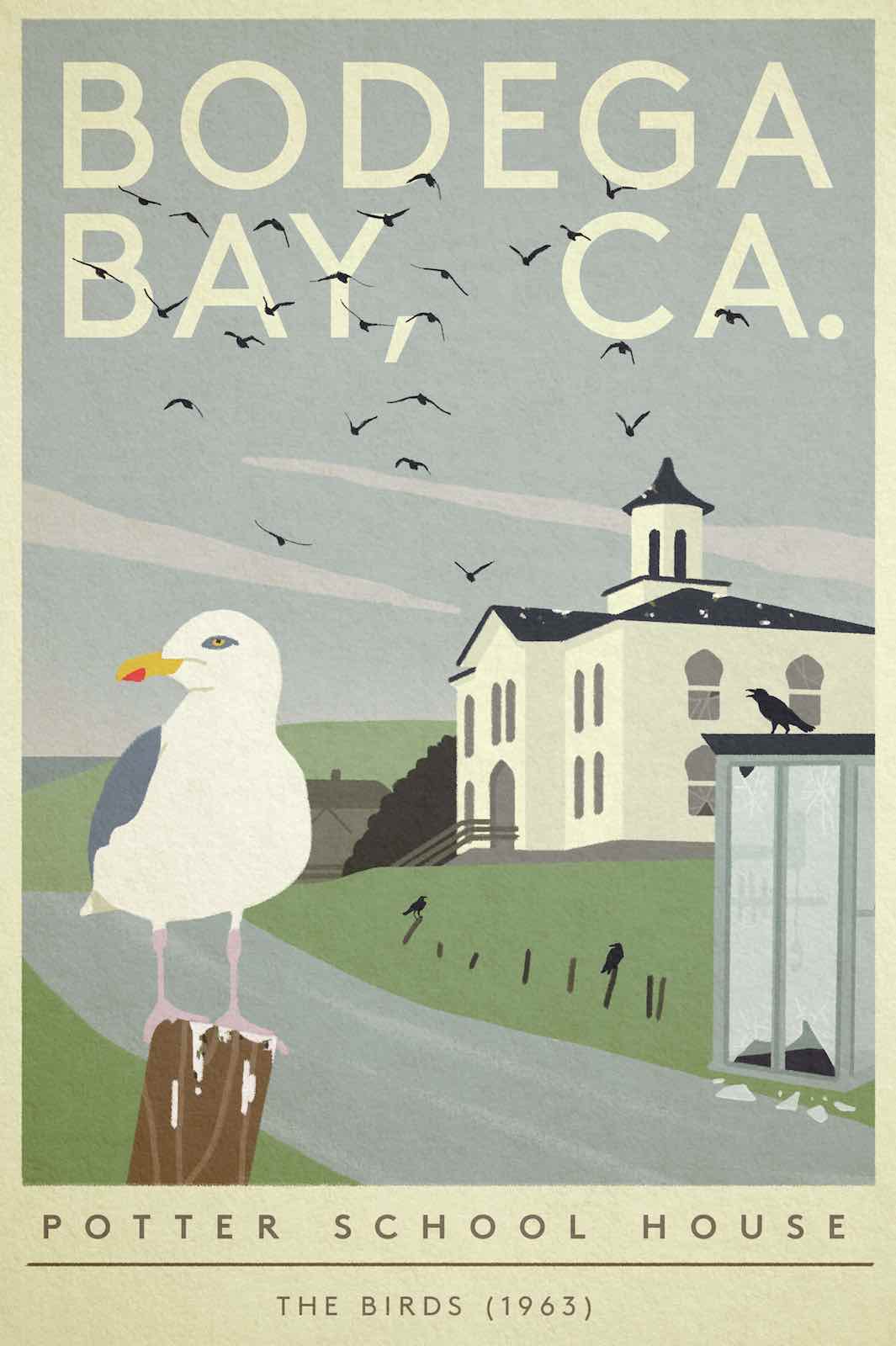 The Potter Schoolhouse in Bodega Bay, California wasn’t a famous landmark, but it is now. That’s because it served as the location for the Alfred Hitchcock classic The Birds. This creepy schoolhouse gives you the chills just looking at it, and it made the perfect unnerving backdrop to a seminal horror film. 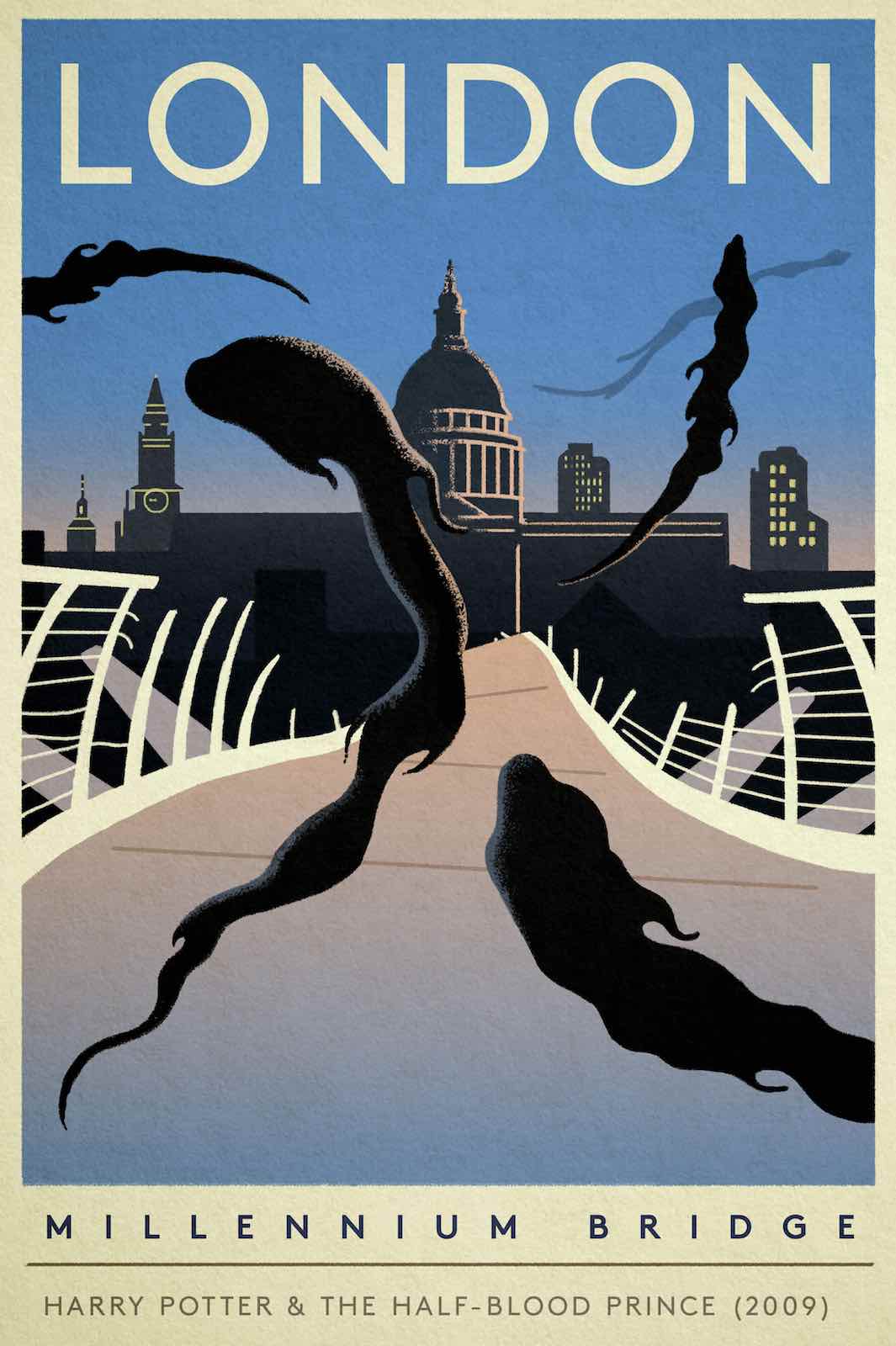 Harry Potter & The Half Blood Prince (2009): The Millennium Bridge

The Millennium Bridge hadn’t even reached its tenth birthday before the Harry Potter film franchise decided to lay waste to it. In a massive undertaking in CGI and visual effects, the destruction of the bridge must have taken a long, long time. But it is done to great effect and was another scene that featured in trailers, drawing in the crowds. 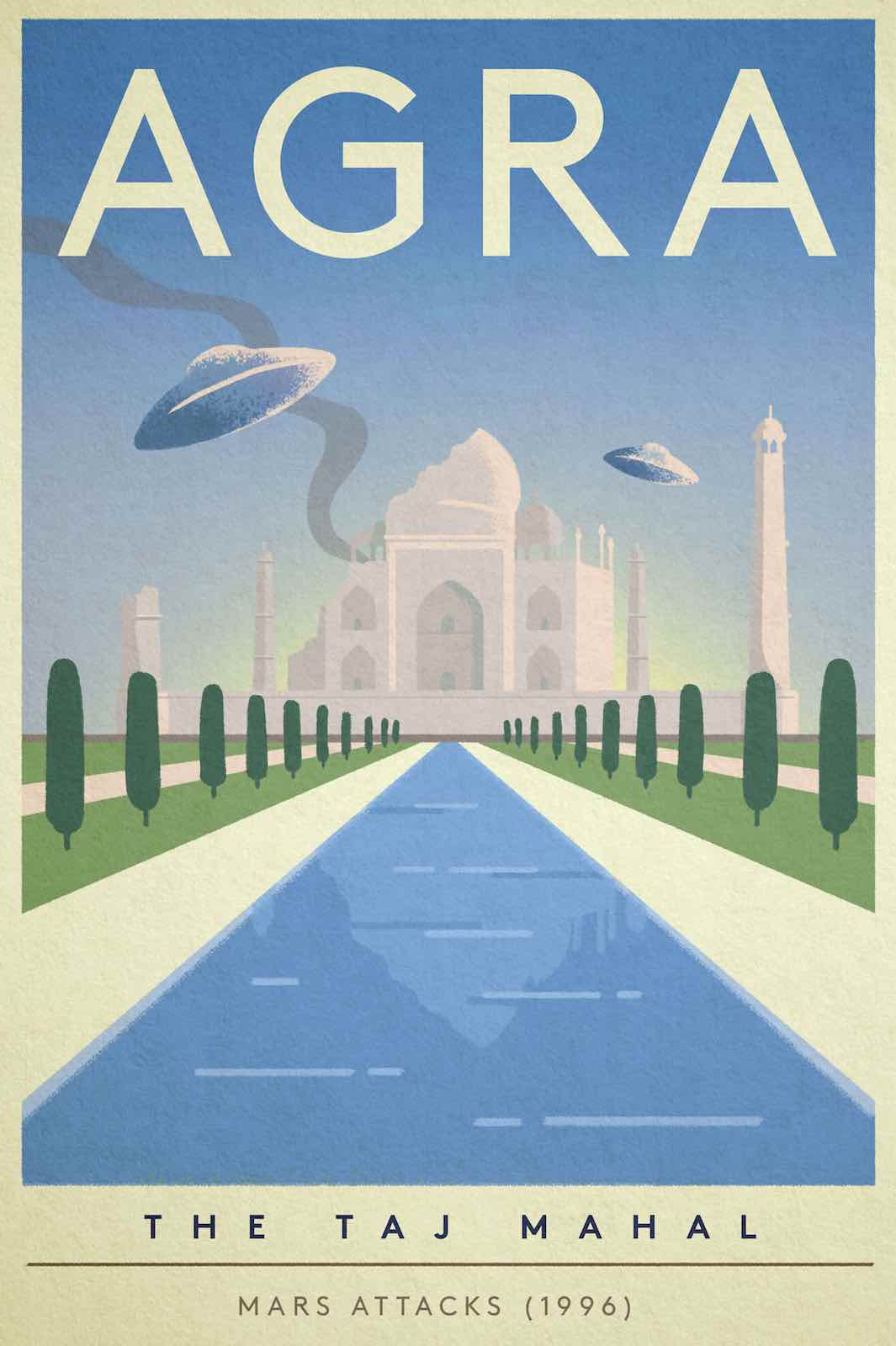 Tim Burton’s sci-fi satire saw the destruction of many famous landmarks including Mount Rushmore, the Houses of Parliament, and the Moai, the monolithic statues on Easter Island. This is a much less dramatic destruction and more gratuitous than anything, with the Martians posing for a photo in front of the beautiful Indian mausoleum as it’s destroyed. 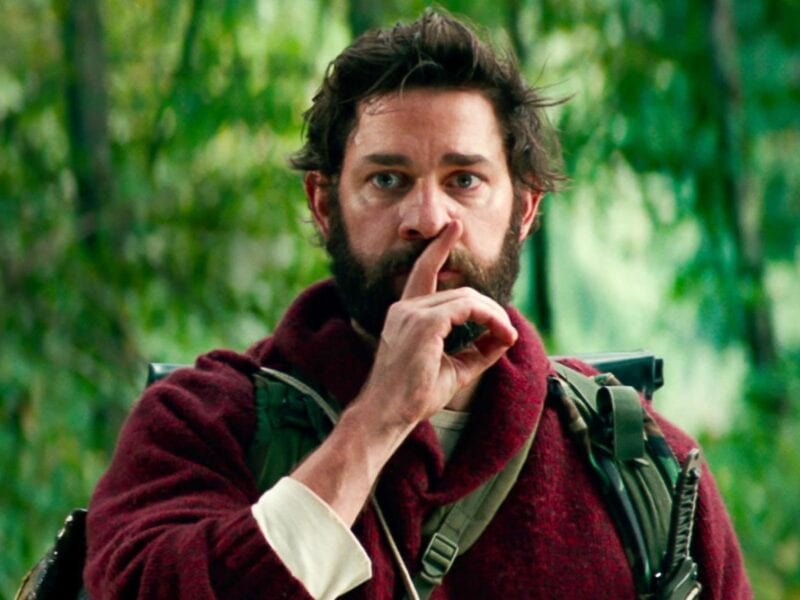 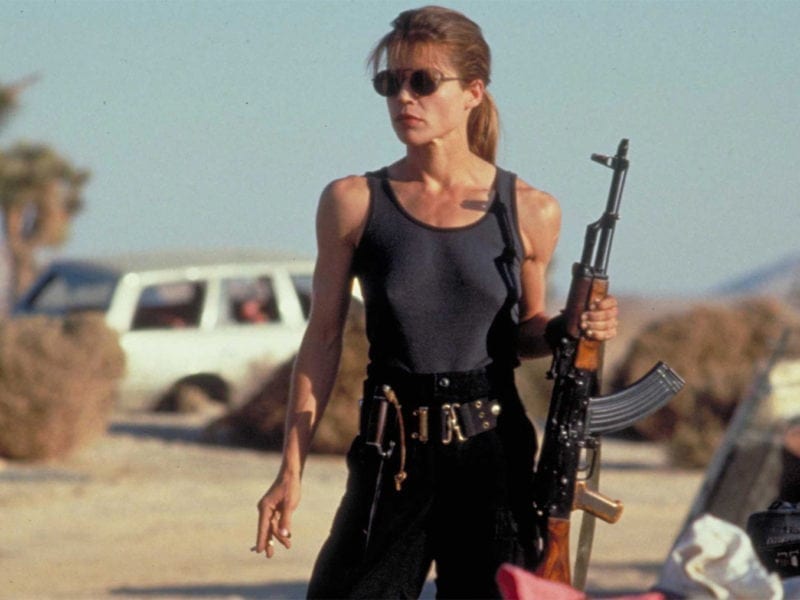 Sarah Connor’s return: The women warriors of the ‘Terminator’ films 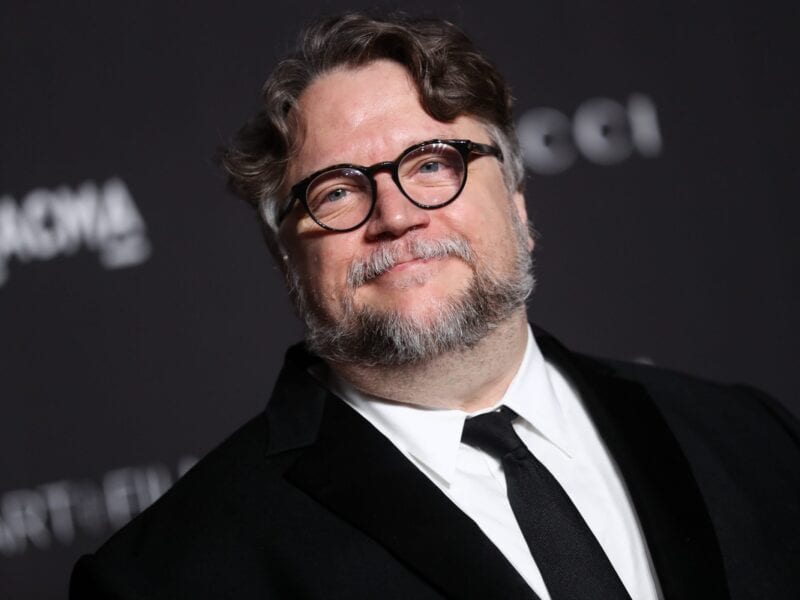