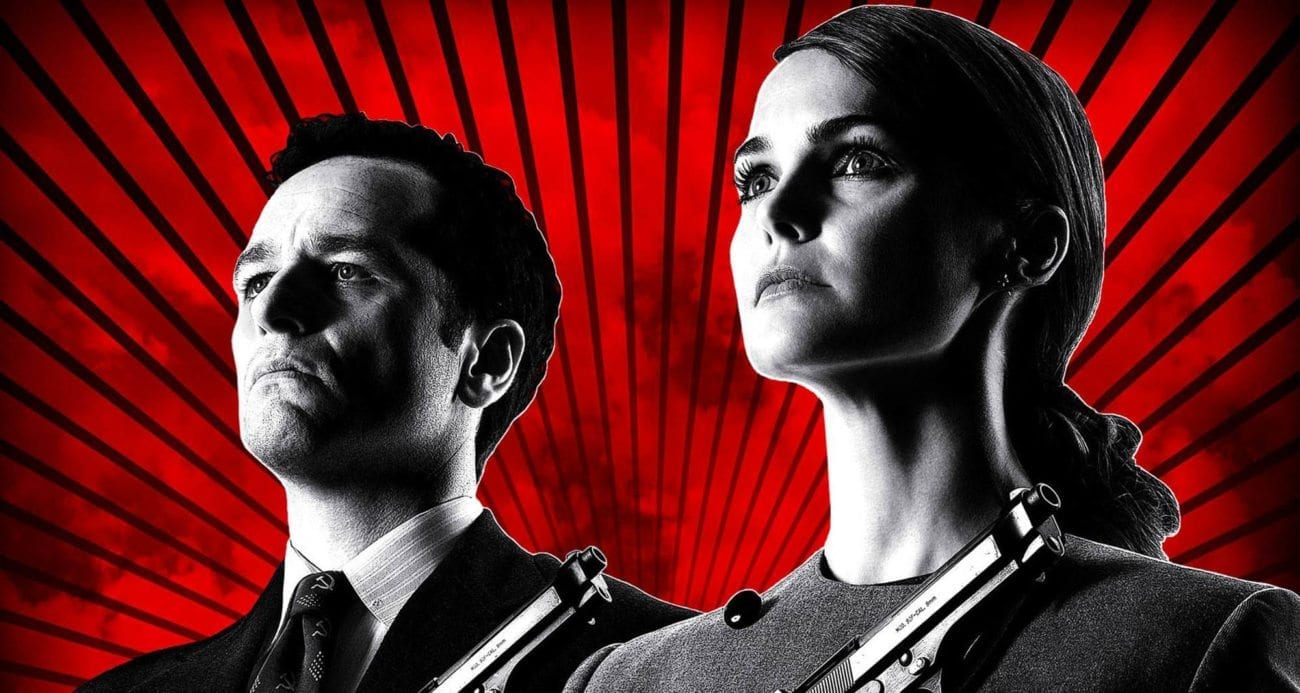 Everything we know about the final season of ‘The Americans’

As we cry into our pillows over the thought of The Americans bowing out of TV for good, we’re also kinda stoked there’s one more season to go. Returning for its sixth and final season on March 28, the critically-acclaimed FX drama is heading back with ten episodes that begin with a three-year time jump to late 1987, where Philip (Matthew Rhys) has retired from espionage and Elizabeth (Keri Russell) has recruited their daughter as a spy-in-training.

In the runup to its imminent release, we’ve decided to take a look at everything we know about the series so far. Spoiler alert!

The image above shows Paige (Holly Taylor) with her mom in a scene that showcases the three-year jump forward, evidenced by their change in style. Apparently series six will show Paige as a college student, making friends in a more confident form than in previous episodes.

In addition, Paige will adopt her parents’ vocation as a spy. According to executive producer Joe Weisberg: “This is what Elizabeth has wanted for a long time, and it’s finally happening. She’s getting to bring her kid along and go out and work with her sometimes and do things with her. She sometimes makes mistakes and that’s a little worrisome, but other times Paige really does well and is successful and that feels great.”

However, it’s not going to play out in the same way as it did for mom & dad. “Paige, as an American citizen, has a solid identity, so there’s no point in training Paige to do honey traps or commit murder. Elizabeth’s long game is to have her join the CIA or the State Department or the upper echelons of the military. Who knows? Maybe one day she might be president.”

During an Emmys For Your Consideration event in 2017, both Weisberg (Falling Skies) and exec producer Joel Fields (Rizzoli & Isles) kept spoilers to a minimum. However, they did confirm the changes in the Soviet Union will play a big part in the storyline as the show heads towards its finale. Weisberg announced, “No matter where we go next season, we’re going to be in Gorbachev time, which was a very big change. The changes didn’t happen overnight, but they started happening pretty fast.” Weisberg added viewers should look out for how the political changes impact Elizabeth & Philip.

Remember how at the end of season five the couple were close to heading back to Russia, but instead decided to stay put? Well, their relationship is likely to take a hit due to their decision to stay put in the U.S. Weisberg added, “There’s going to be a new power in the Soviet Union and it’s going to affect everything; the political and personal in the show. That will create tensions and problems and issues in the Jennings’ marriage and Jennings family, and it’s going to ripple out in a lot of ways (both) exciting and emotional. The world is changing and the world is going to be changing for our show, too.”

And if those tasty little tidbits ain’t enough to get you salivating, here’s the trailer and five freakin’ promo vids. Enjoy!