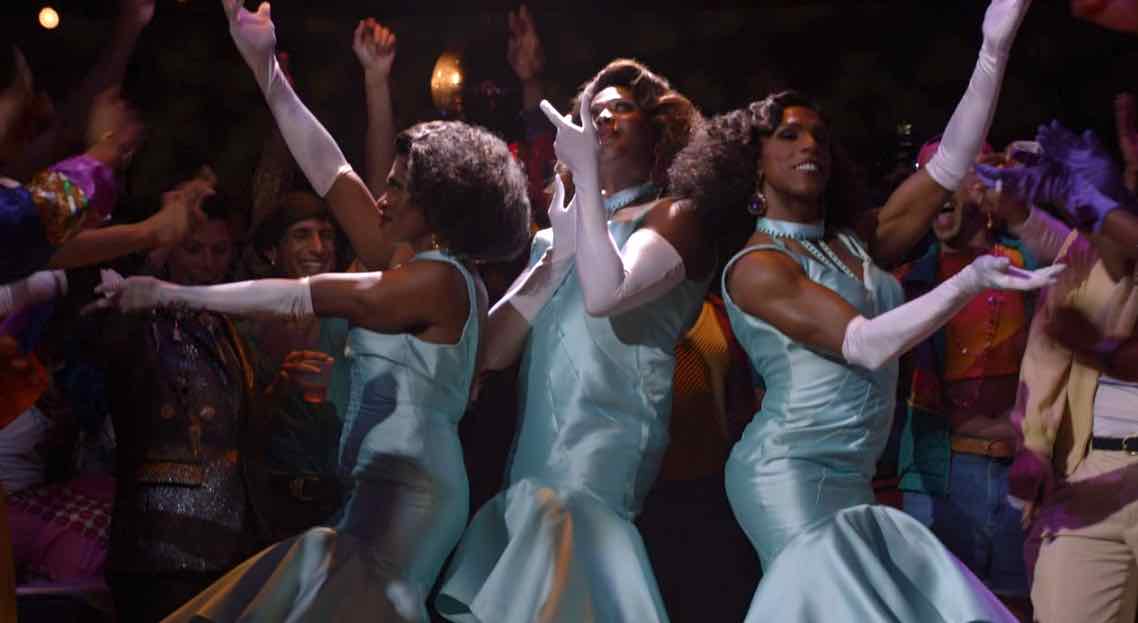 Why the emcees of FX’s ‘Pose’ need their own spinoff

As Dorian Corey put it best in Paris is Burning, “Reading is the real art form of insult.” On the ballroom floor, you can look as good as you think, but it’s the emcees who get the final word. One wrong piece in your ensemble and you’ll be read like there’s no tomorrow.

Pose shows this fiercely as Pray Tell (Billy Porter) always gets the final word – except when it comes to our girl Candy. Over the past two seasons, Pray has read these bitches no matter what’s going on, calling out the fakes who think they have realness mastered. He’s not afraid to call out a queen for who she really is, as in the premiere of season two when he called out Elektra for not standing with ACT UP during their protest.

But season two of Pose has shown us Pray isn’t the only emcee with a feisty mouth. Stepping up in their roles, the fellow emcees of the Pose ballroom have had multiple chances to shine in the spotlight. From calling out Pray’s choice in lovers to being persuaded to put on the heels of the queens they criticize each weekend, the other emcees show off their reading skills just as well. 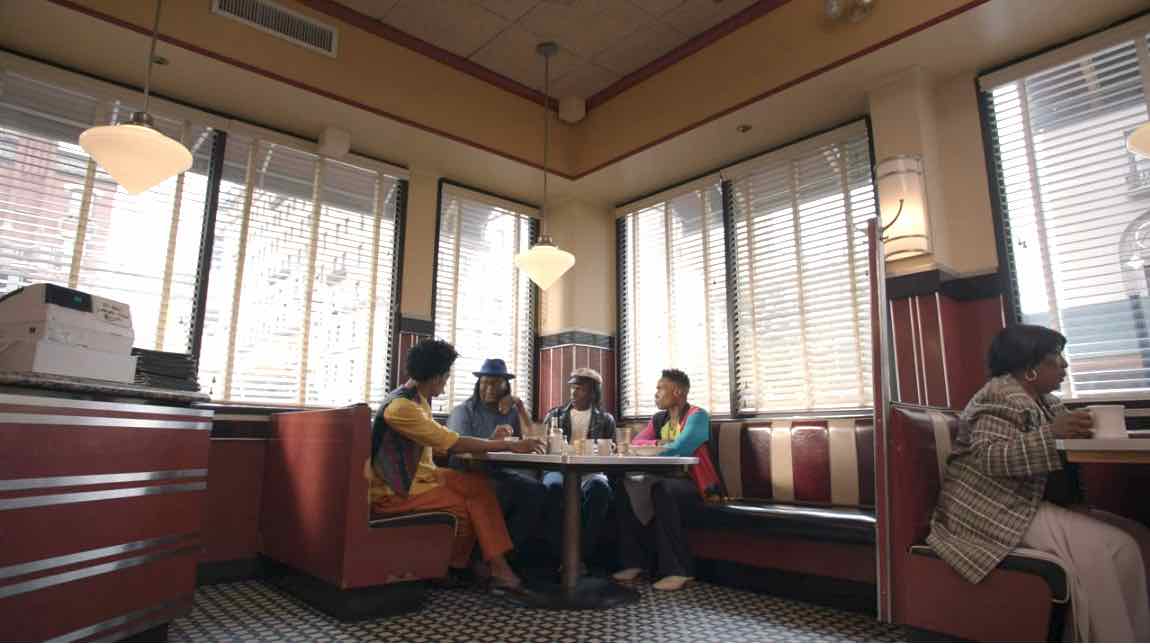 Jack Mizrahi, Castle, and Manhattan have the same power as Pray and give 110% to the council. In any of the emcees’ meeting scenes in that Manhattan diner, it’s hard to focus on Billy Porter when Jack Mizrahi, J. Cameron Barnett, and Andre Ward are on fire with their comebacks and snark. As much as we’d love a solo Pray Tell spinoff, it wouldn’t be the same without the council by his side.

While we begin the endless wait for Pose season three next summer, we have a pitch for Ryan Murphy and co.: give us a spinoff featuring the ballroom council. Our legendary masters of ceremony need more than just a scene or two over pancakes and bacon to give us their all.

We’ve pulled some of the Pose emcees’ finest scene-stealing moments in season two as supporting evidence to plug their inevitable spinoff.  Why not give us a full hour per week of ballroom antics (to be aired after Pose) during which we see the ballroom at MoCs’-eye-view? In these troubled times, the children need their entertainment. 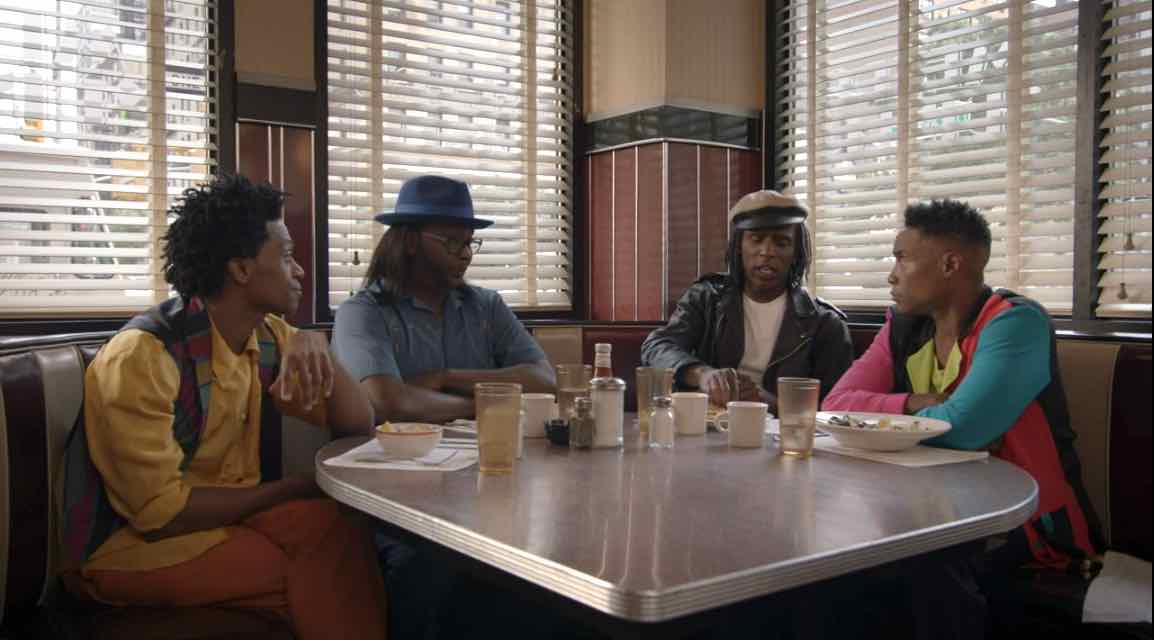 In the second season finale, Elektra (Dominique Jackson) tells Pray the girls are getting sick of being judged by men who had never experienced the pain and heartache of walking. At the following council meeting, Pray reports this to the council and automatically Castle comes out with the well worn “Don’t wanna be judged? Don’t walk” argument.

Jack throws out the idea of walking in drag in their own special category, and the council comes around – though Manhattan’s not ready to let his leg hair go. Castle comes back at Mr. Sasquatch with his recommendation to get himself some Nair and master the meat tuck for his walk. Of course, Castle doesn’t miss an opportunity to remind the council he’s packing, and packing big time. 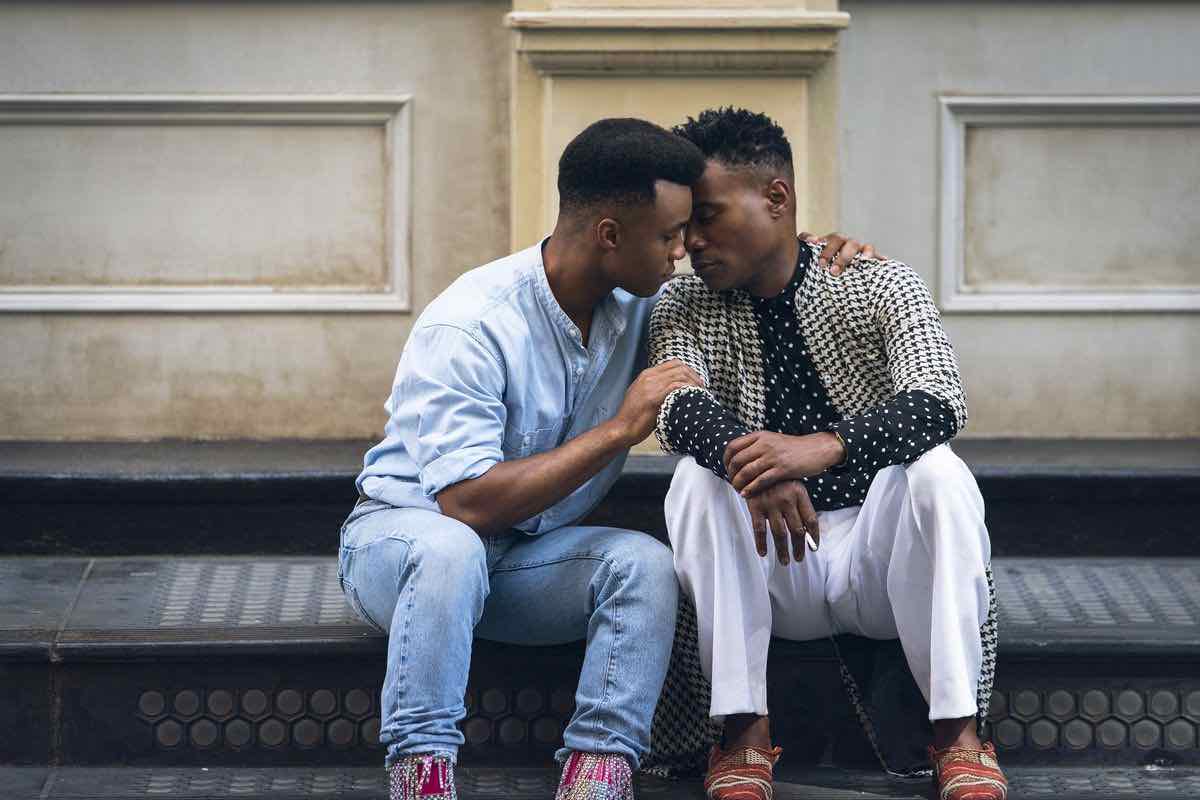 Let’s start with the obvious: the council can’t let Pray keep his love life a secret, hunting down an answer about his new beau. The minute he drops that he’s dating a younger man, they go at him.

Manhattan drops truth about the young, financially unstable men of ballroom who need a mature man to drop that dough on them and resolve their daddy issues. Of course Pray fires right back that, as Manhattan’s unemployed and chronically broke, he ain’t much better.

Once it drops that Ricky’s the young man in question, the emcees dig into Pray for breaking the unspoken rules of ballroom. Castle is on Pray’s side at first, but takes it right back because he didn’t realize just how young he was talking. Don’t worry, Pray fans, Jack’s got Pray’s back: he calls out the others as envious of Pray actually getting some. 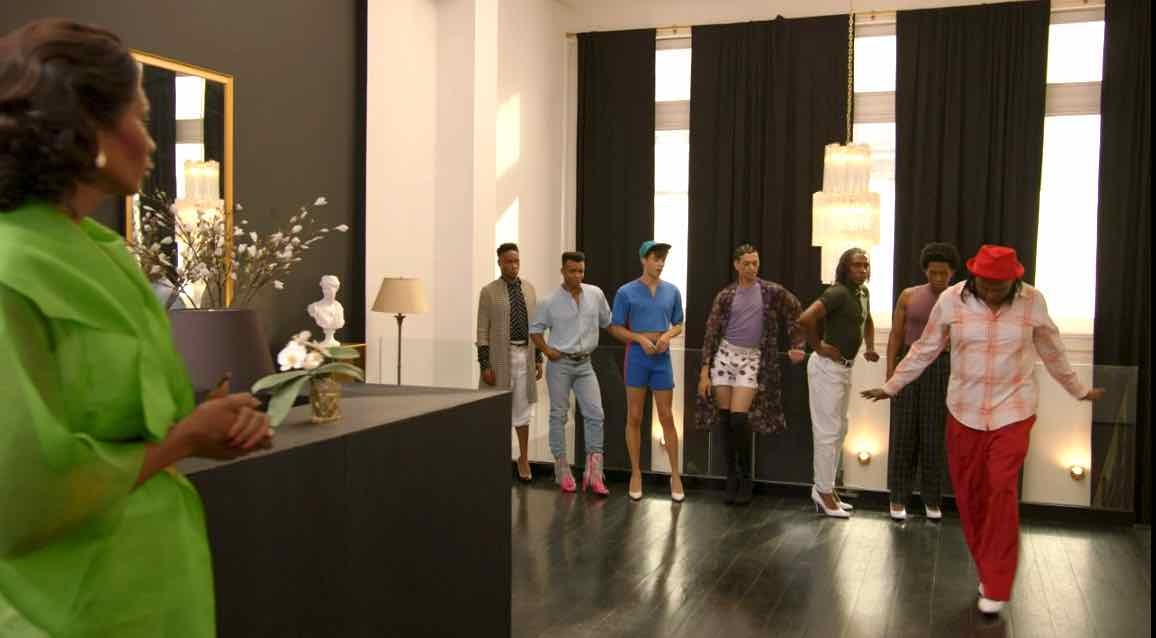 Elektra schooling the council on how to walk in heels

As part of their grand plan to support the women of the ballroom, the emcees get Elektra to teach them how to walk in their heels properly – figuratively and literally. Elektra schools the men walking the Butch Queen Up in Drags First Time at a Ball category; while the male house members are doing fine, the council looks genuinely atrocious.

Jack looks like he’s gonna fall flat on his face; Castle can’t keep his legs straight walking on tip-toes; and Manhattan’s about to run into a wall because he keeps looking down at his feet. And Pray Tell’s the worst offender of them all – bitch might as well be a clown on stilts. Of course, he’s the one hypocritically bitching about the dimensions of his particular heels. 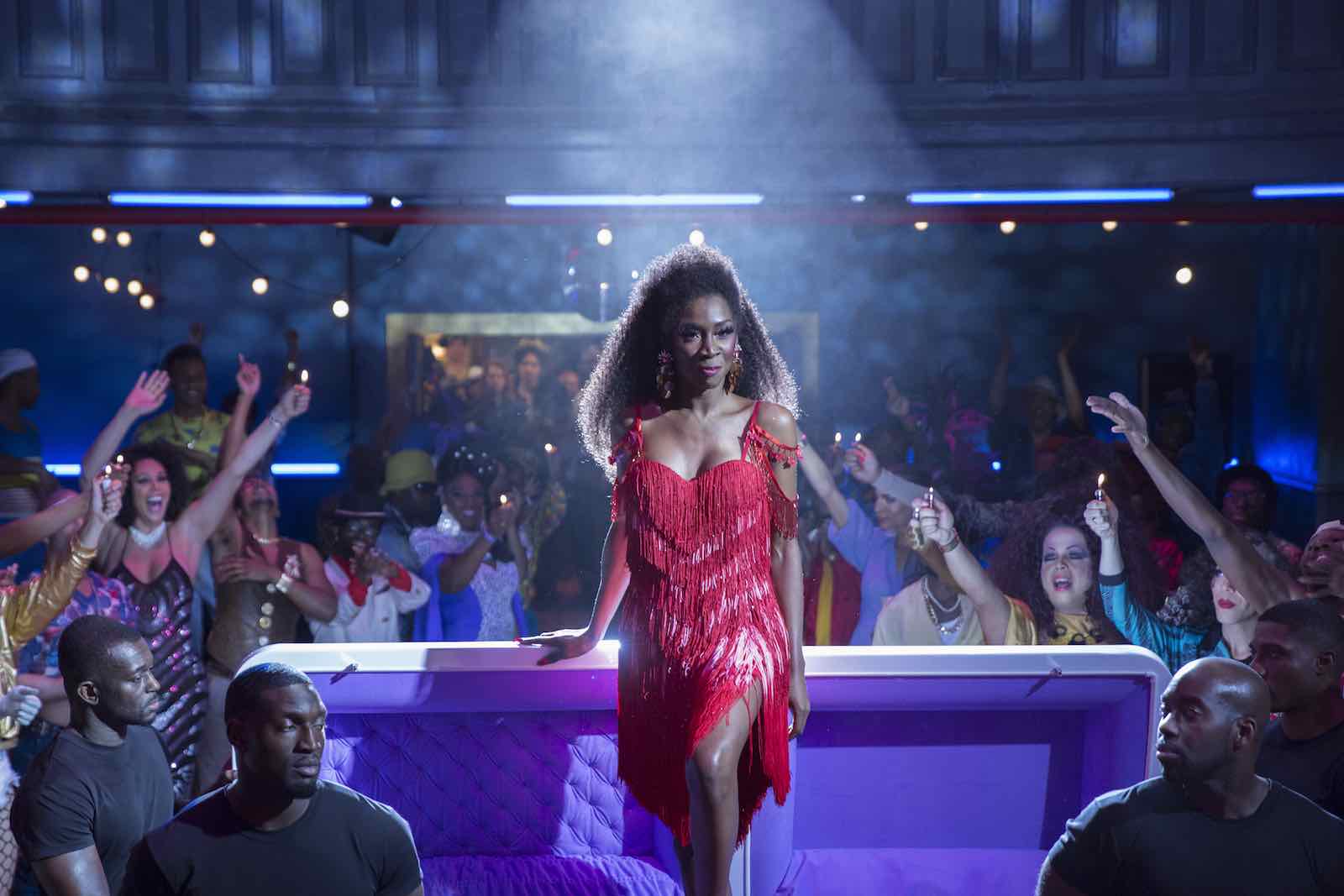 Miss Candy coming in for a teaching from the elders

If Pray Tell were alive (and a real person) today, he’d cringe watching RuPaul’s Drag Race and the lipsync dominating each episode. When the council starts discussing a certain someone’s suggestion of adding a lipsync category, Pray is quick to knock that down with one of his most iconic reads: “That is not how you do a ball. It’s how you do ventriloquism.”

Miss Candy Ferocity knew they’d be discussing her suggestion – and at that very moment comes to call out those bottoms at the diner. We see it’s not only Pray Tell who finds Candy ridiculous. Sadly, it’s the last scene with Candy alive, and in the end, the council comes together to grant her last wish for a lipsync category after all. 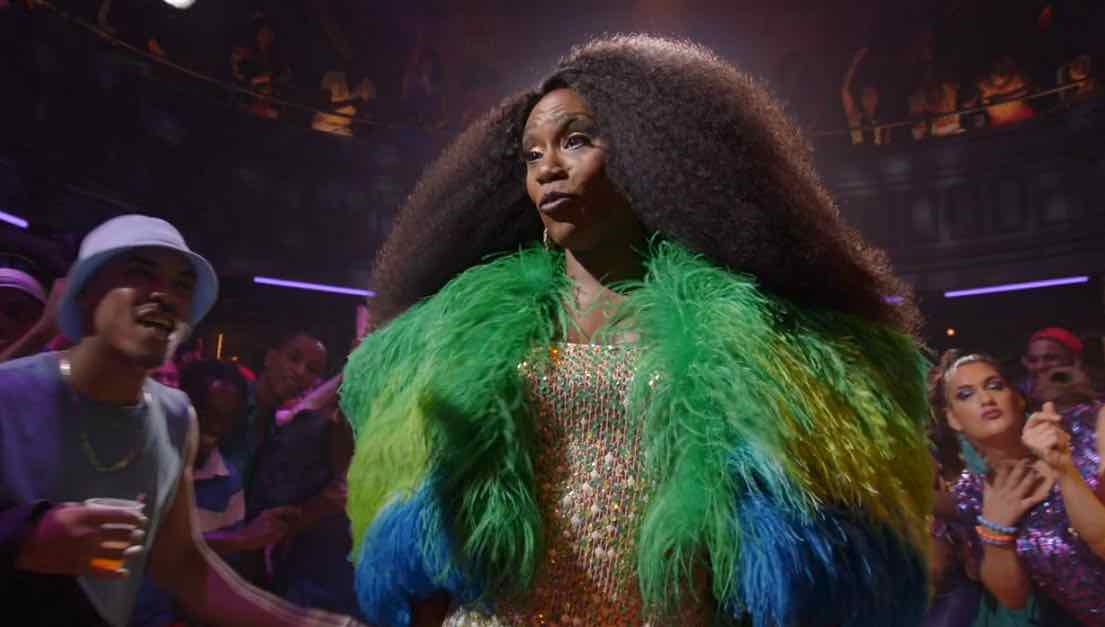 Butch queen up in drags

Duh! Watching Elektra, Blanca, Lulu, Angel, Shinia Ebony, and Kiki Pendavis judging the council and men of the ballroom was the highlight of season two. Pray Tell dressing up as Diana freaking Ross is worth a mention, but we all knew he was gonna be extra – that’s what he does best! Lamar gets perfect tens because he’s the only one who can pull off the heels, and Cubby and Ricky both do fine.

But the true stars of that category are Castle, Jack, and Manhattan taking on Dreamgirls. Castle’s walk ain’t too shabby, but he still can’t nail the poise right. He’s got sass and attitude, and of course isn’t happy with his scores.

Manhattan starts off rocky, but once he finds his groove, he definitely has the walk down. Now he just has to work on the pose. Finally, Jack comes down and proves he’s the Effie White of the group. He’s still got some work to do, but for a first walk, Jack knows how to bring it. 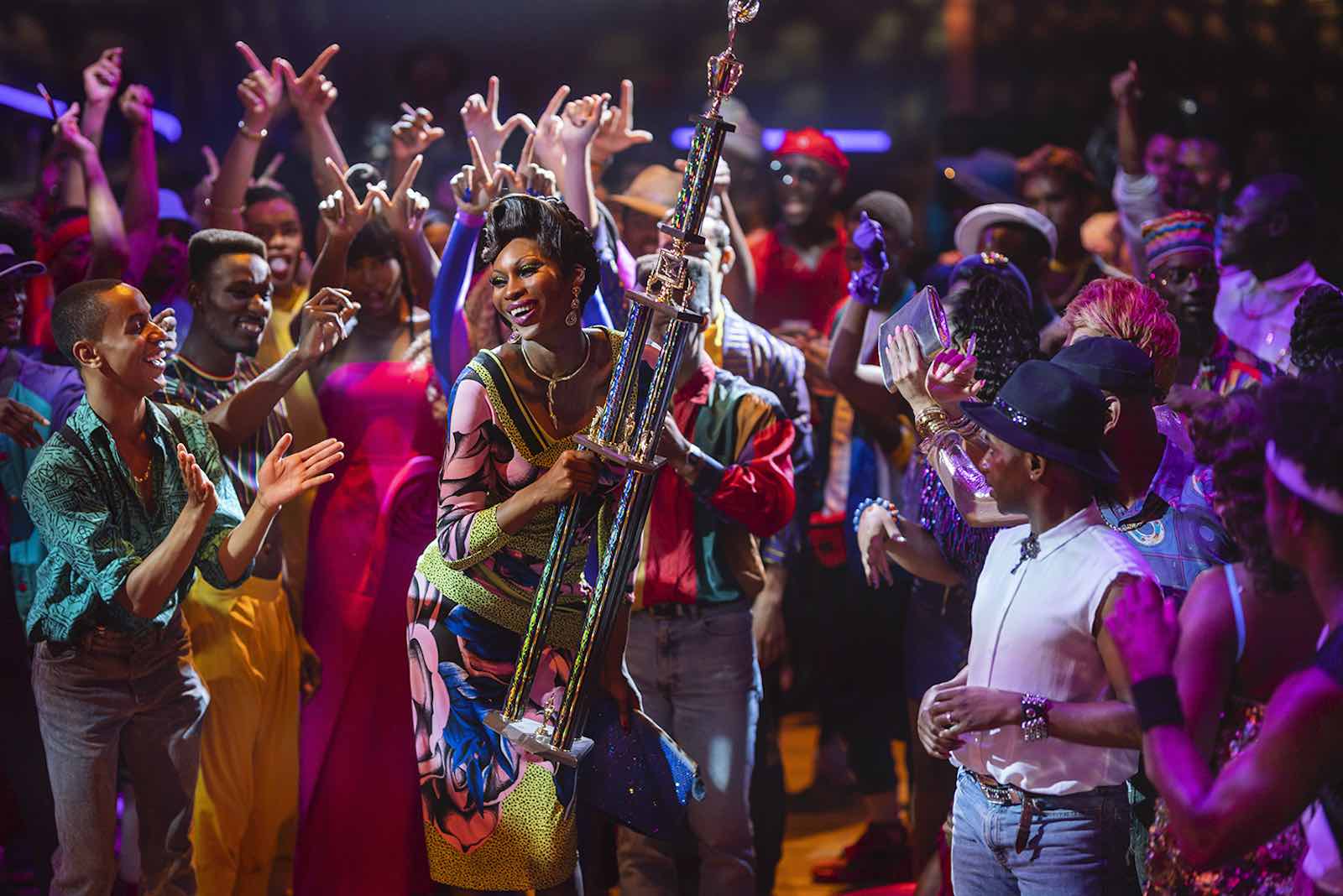 Need persuading why we should just make Elektra Wintour an honorary member of the council already? This is all the evidence you need.