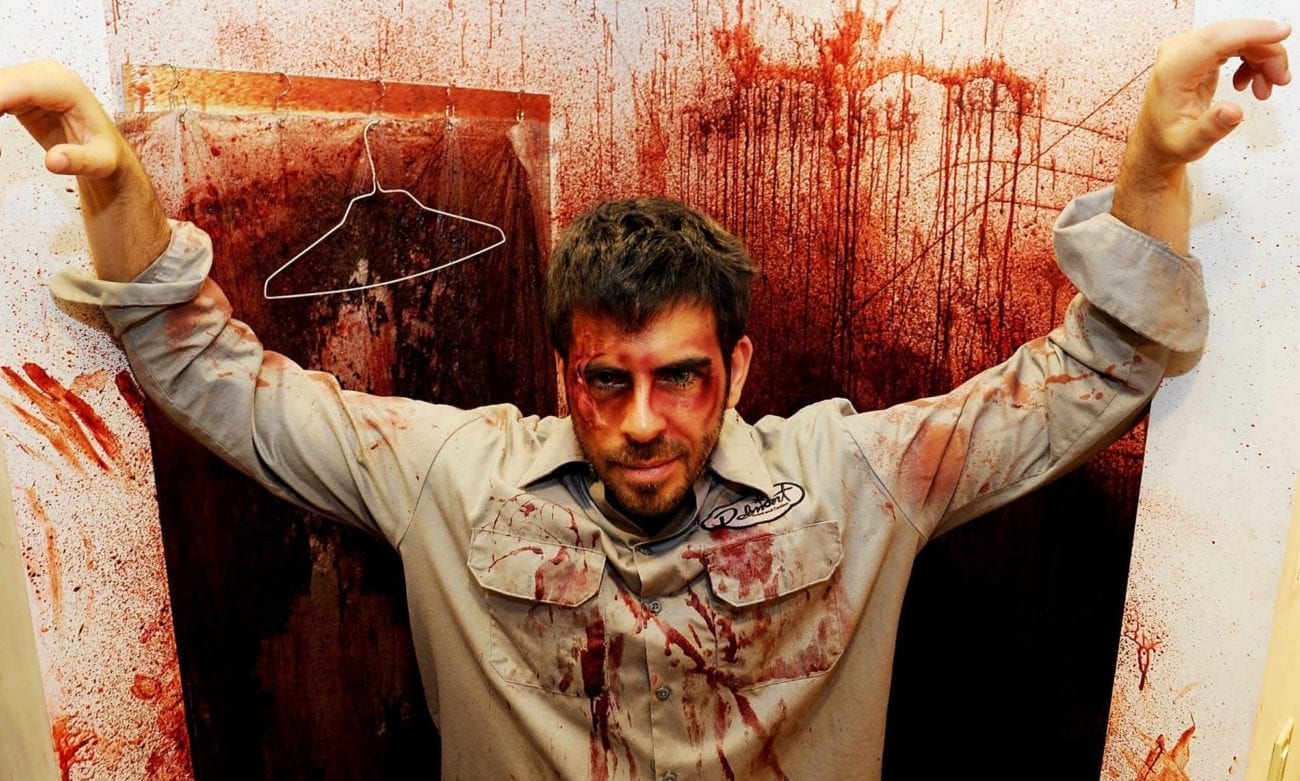 Never one to shy away from controversy, Eli Roth movie Death Wish was accused of being an “alt-right fantasy” and “nakedly fascist” by critics & folks on Twitter. Obviously Roth was delighted with the negative buzz when the trailer dropped in May 2017, and even thanked his critics for helping to market the movie for him.

Starring Bruce Willis (Pulp Fiction), Vincent D’Onofrio (Full Metal Jacket), and Elizabeth Shue (Leaving Las Vegas), we’ll let you decide whether Roth’s remake of the Charles Bronson classic was worthy of the outrage it received. To keep you tide over until then, here are nine of Roth’s most controversial movie moments that prove the auteur loves to shock, horrify, and appall his audiences on a consistent basis.

Portrayal of indigenous tribes in The Green Inferno

Following a crew of college-age environmental activists who are eaten alive by an Amazon tribe, The Green Inferno was criticized by Survival International for reinforcing portrayals of indigenous people as savages. Roth dismissed the argument, claiming that “the idea that a fictional movie about a fictional tribe could somehow hurt indigenous people when gas companies are tearing these villages apart on a daily basis is simply absurd.”

However, Roth saw things very differently: “Americans do not even know that this country exists. My film is not a geographical work but aims to show Americans’ ignorance of the world around them.”

A close shave in Cabin Fever

Simple but brutal, the Cabin Fever scene in which Karen (Jordan Ladd) begins to strip the flesh from her bones while shaving her legs is by far one of the most barf-worthy and uncomfortable scenes Roth has ever created. Although people didn’t take to the streets in protest, for those of us who feared the humble razor for years to follow, the controversy was indelibly personal.

In late 2014, Roth was the subject of outrage after mysterious footage he’d filmed emerged depicting a simulation of musician Lana Del Rey being sexual assaulted by shock-rocker Marilyn Manson. The 27-second simulated scene was accompanied by some extremely tasteful balloons emblazoned with the word “rape”.

Roth waved off the controversy when the scrapped music video was brought up during an interview with Grantland. The director commented, “That was not something that’s supposed to be out there  — there’s nothing really to say about it.” Meanwhile Manson’s reps claimed it was never actually part of a music video or a specific Manson-related project.

The nauseating sex scene of 2001 Maniacs

But as they strip off their clothes and start getting hot & heavy, she forcibly shoves a hose down his throat. You think it’s just a grisly way to feed him moonshine until you realize (sweet mercy) it’s actually burning hot acid. Really gives a whole new meaning to a hot hookup.

Around the mid-way mark of Hostel: Part II, Lorna (played by cult-icon Heather Matarazzo) is stripped naked, gagged, and then hung upside down from a ceiling while another naked woman slices her open with a scythe and writhes about ecstatically in her blood. Unsurprisingly, the movie was blasted for being misogynistic and for celebrating sexualized violence.

Subsequently, the Boston Globe shrieked “there is no proper way to enjoy” Hostel: Part II, accusing Roth of being a sadistic pornographer rather than a horror filmmaker. Hostel: Part II, they mused, is “a movie about sex fantasies that itself is a sex fantasy.”

The movie also sparked a censorship debate in 2007, with Lorna’s torture sequence provoking countries like Germany, Malaysia, and Singapore to make dramatic cuts (no pun intended) to the scene. In the UK it was even cited in the House of Commons as an example of a movie where stills of the film could be illegal to possess “under the proposed law to criminalize possession of ‘extreme pornography’.”

However, MP Charles Walker claimed he’d never actually seen the film, but was “assured by trusted sources” that “from beginning to end it depicts obscene, misogynistic acts of brutality against women.”

In their review for Piranha 3D, Art Threat suggested, “Hollywood has produced one of the most misogynistic and sexist films in recent memory.” Full of numerous naked ladies including Kelly Brook, Riley Steele, and hundreds of college women flashing their bare breasts to win beer or fight killer fish, Roth’s role as host of a wet t-shirt competition basically positions him as the ringleader of said smut. This guy – if controversy is happening, he’s there in the thick of it.

Roth’s 2002 horror about a highly contagious flesh-eating disease was full of gross-out scenes, but also strange moments of comedy. There’s a throwaway comment made early in the movie by a seemingly racist shopkeeper concerning some guns he keeps around for black people.

Initially the moment seems to portray how racist and small-minded the local area is. However, in a distasteful twist, the finale of the movie shows the shopkeeper happily selling said guns to the African Americans he’d told the gang about. (Turns out they were his friends all along).

When the unnecessary 2016 remake was released, Forbes reflected upon how awful this scene is. “A notable omission in the new film is the elimination of a joke about racism that I can’t reprint here, but everyone who saw the first film remembers it. Roth actually fought to keep that joke in, as it was a point of contention in selling his movie in the first place.” 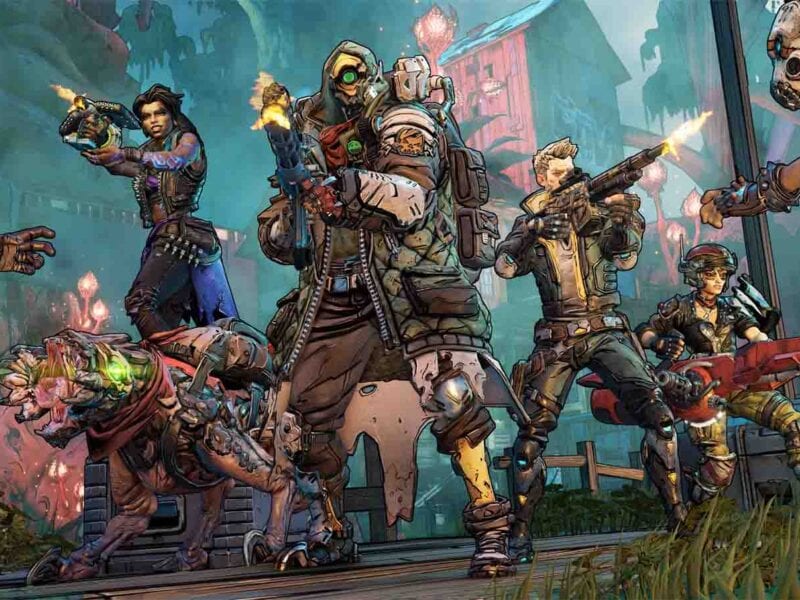 Can the ‘Borderlands’ movie break the streak of bad game adaptations? 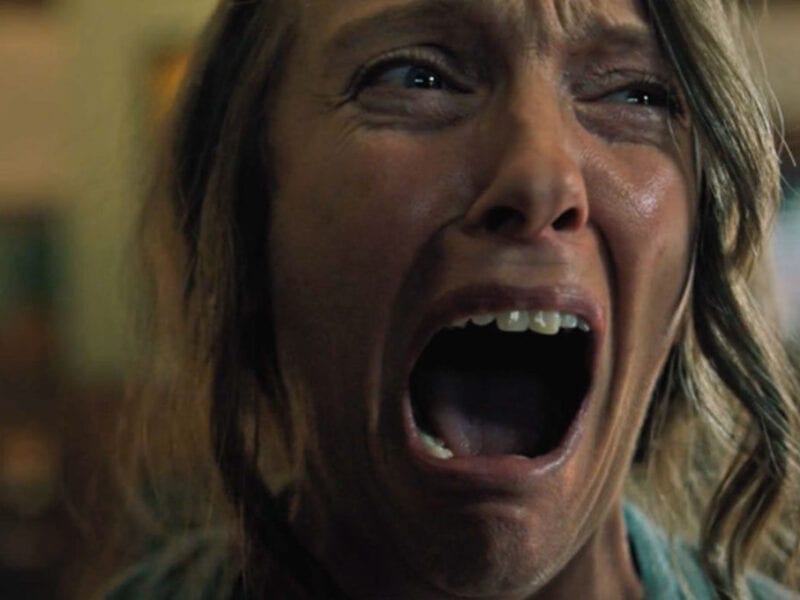 Do you enjoy body horror? Watch these Netflix movies ASAP 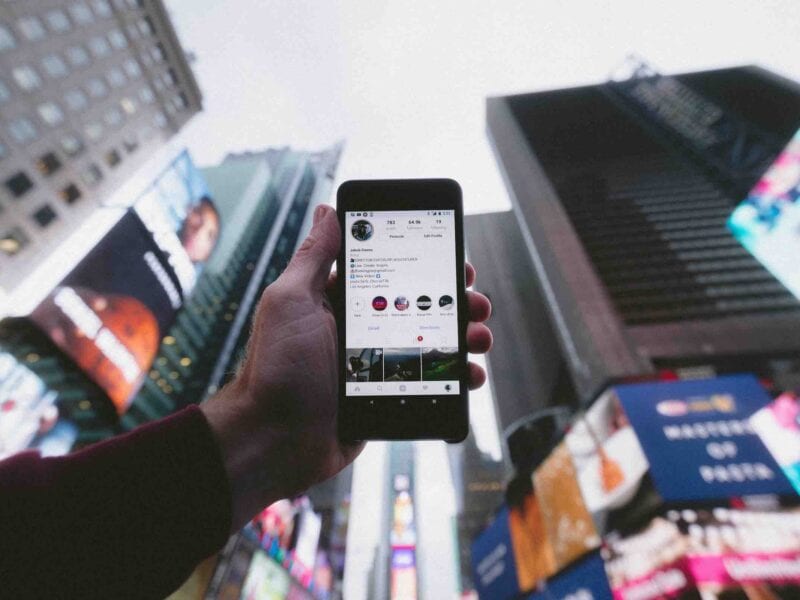