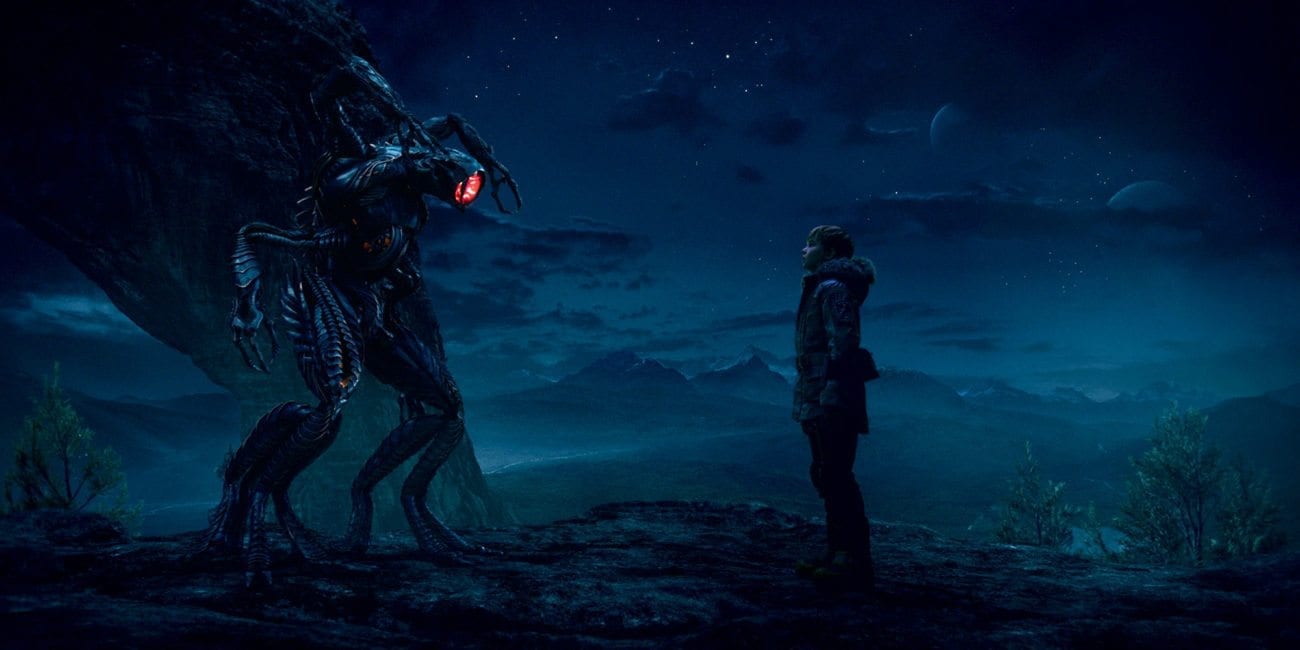 Danger, Will Robinson! Dumb possibilities for ‘Lost in Space’ S2

Ready yourself for more “Danger, Will Robinson” jokes, because Netflix handed the Lost in Space re-reboot a second season following a successful first round, to premiere in December. Let it be known we’re partial to a good sci-fi series and even a decent reboot – if done right.

When the first season of Lost in Space rolled around last year, we were excited to see what a Netflix budget could do with the campy 60s sci-fi classic, promising to give a 21st-century update on Irwin Allen’s atmospheric vision (and the 1998 Matt LeBlanc-starring blockbuster of the same name – although the less said about that crap pile, the better).

Much like past iterations, season one of Netflix’s reboot follows the Robinson family as they crash-land on a strange planet and struggle to survive, with the help of their new family friend – the highly suggestible robot.

Netflix’s Lost in Space is darker, grittier, and visually ambitious, yet somehow took out all the campy fun of the original, replacing it with annoying characters and drawn-out, predictable storylines. While the kids Judy (Russell), Penny (Sundwall), and Will (Jenkins) are all super geniuses, the writing renders them with levels of bravery that walk the line between outlandish heroism and violent stupidity (weighing heavily on the latter).

Meanwhile, the plot could’ve had at least twenty minutes shaved off per episode. There’s only so much you can do with the following formula: 1) family experiences adversity 2) family struggles to overcome adversity 3) family overcomes adversity (with the help of their plucky robot). As EW put it, “In sci-fi serial terms, this show is like Lost if the first hour of Lost stretched out forever.”

Don’t get us wrong – it had its strong points and as a kid-friendly show, it was in the right place tonally. But in terms of referencing the original and creating a show for all to enjoy, it was all off.

“Lost in Space 2018 can’t blend old school sincerity with new age thrills,” wrote IndieWire. “It’s too focused on kids and thus blind to the nuanced originality often appreciated by adults . . . You can dress up Lost in Space in all manner of nifty special effects and clever updates, but the stink of its mediocrity is immediately apparent, as is the clumsiness of its broad intent.”

To bring back some of the fun into the franchise, we’re here to look at five things that we kinda hope might happen in S2. If any or all of these twists and turns go down, we might actually enjoy the damn thing.

As you’ll remember from S1, Dr. Smith (played by Posey, who did what she could with the poorly written role) wasn’t actually Dr. Smith at all and the real Dr. Smith turned out to be – spoiler alert! – Bill Mumy, who was the young Will Robinson from the original 60s Lost in Space. We’ve got to admit it was a great cameo choice, but there’s an opportunity to add another layer to this in the second season.

In S2E1, we cut back to the Jupiter 2, where Maureen (Parker) has Dr. Smith a.k.a. Jessica a.k.a. June fully in her sights. Figuring out what to do with this evil genius and whether she can trust her ever again, all of a sudden – what’s this!? – June grabs at her neck, pulls off the rubber mask, and reveals her true identity. It’s Dr. Smith’s younger sibling, played by the original 60s Penny, Angela Cartwright. What an Easter egg that would be!

Or better yet – after pulling off the mask we discover June was really the original Lost in Space “Danger, Will Robinson!” robot all along. The old robot battles it out with the new one to the death, and suddenly Lost in Space is looking a lot more like BattleBots.

The Robinsons get caught in a cloud of smug

As the Robinsons make their way to the new galaxy, middle-child syndrome Penny gets caught in a loop of snarky one-liners. Maureen & John do their best to stabilize her, but it’s too late – the critical level of sarcasm has generated a cloud of debilitating cosmic vapor called “smug”, causing the Jupiter 7’s generator to go haywire.

As the parents attempt to settle the ship, it descends west of the galaxy towards a very hungry looking blackhole. But fret not! Judy’s found a freshly baked humble pie!

Force-feeding chunks down Penny’s snarkhole, the smartass comments start to subside along with the smug. Maureen’s finally able to control the ship and get it back on course towards that darned galaxy while the robot monitors Penny’s cynicism levels, which drop from a critical 11 to a safe (yet still irritating) 5.

The Robinsons get lost in the supermarket

Curveball! The Robinson finally make it to Alpha Centauri safe & sound, colonize the fuck out of it, and create an exact replica of the Earth they’d f***ed up. Returning to their mundane life, the Lost in Space showrunners flex their dragging skills and base an entire episode around the family getting lost in the supermarket.

Penny gets trapped in a soy or lactose-free yoghurt debate, Judy becomes lost in a sea of small talk at the deli counter, and Will & the robot freeze in place while trying to reach the last tub of Cherry Garcia. [The Clash plays from the supermarket soundsystem, Maureen’s on her knees, a sobbing mess in the tinned vegetable aisle. Camera pans out – roll credits.]

In this episode of Lost in Space, the Robinsons buy enough fuel. Granted, it would eradicate a majority of the action and turmoil from the narrative. But it would also eradicate a lot of the frustration we felt when watching the first season. If they knew they were going on an epic expedition into outerspace, why wasn’t a surplus of fuel at the top of their checklist? Priorities, people!