Documentaries that changed the way we think

The Ruth Bader Ginsburg documentary thrived in the theaters following a successful premiere at last year’s Sundance Film Festival. Tracing Ginsburg’s rise from a crafty Brooklynite to the highest court in the land, the film drew specialized audiences in 400 theaters.

While the doc was expected to do well, no one quite predicted it would pass the $5 million mark in the box office. IndieWire described it as a “shocking success,” adding, “Ruth Ginsberg’s star continues to shine as the documentary on the Supreme Court justice returns to the Top Ten . . . which was not anticipated going in.”

Looks like the RGB will continue to impact audiences nationwide for many weeks to come. Here are ten other successful documentaries that changed the way we think.

Not only was this documentary groundbreaking in that it – spoiler alert – saw the infamous West Memphis Three finally freed from prison in real time as the film was being made, but it also gave stark insight into a wider issue with regards to America’s judicial system.

Starting with the examination of the police investigation into the 1993 murders of three boys in West Memphis, Arkansas, filmmaker Amy Berg (Deliver Us from Evil) sheds light on new evidence surrounding the arrest, the faults in the court case, and the preceding documentaries and figures that pointed blame towards the three teenagers (at the time of arrest) who lost eighteen years of their lives after being wrongly convicted and imprisoned.

We’re shown the glaring holes and mistakes made by those involved in the court case and how damning evidence of a potential suspect was ignored in place of sensationalization. We’d go as far to say that West of Memphis lifts the curtain on America’s flawed punishment system even more so than Making a Murderer. 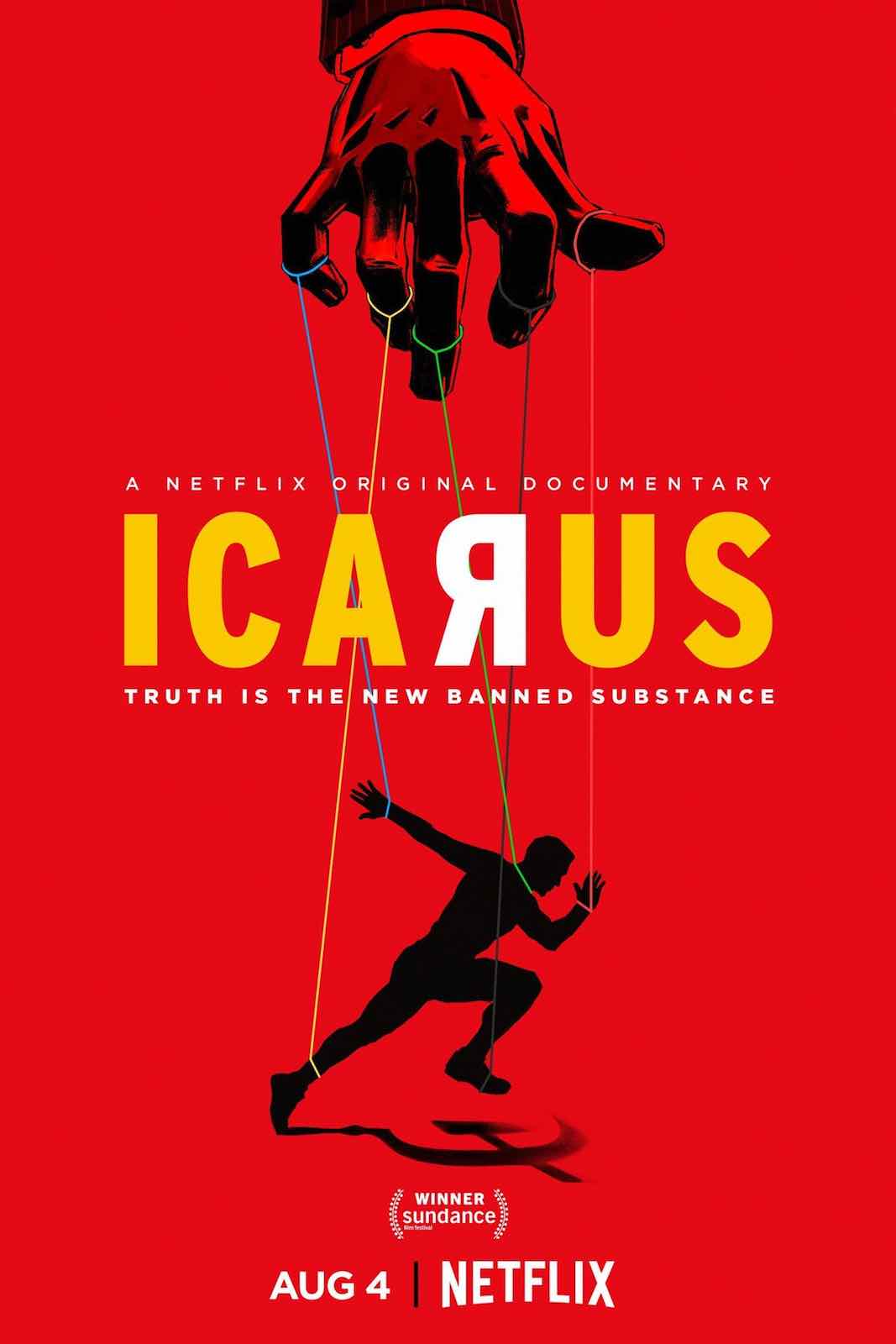 When filmmaker Bryan Fogel (Jewtopia) sought to uncover the truth about doping in sports, a chance meeting with a Russian scientist transformed his documentary from a personal experiment into a geopolitical thriller.

Exposing a trail of coverups, lies, an unexpected death, and statewide criminality, Fogel’s film helps to uncover the truth behind the Russian Olympic doping scandal while also scratching the surface of how governments across the world can and do use their power for corruption.

If you’re looking for a documentary that’ll completely change the way you perceive society, the conflict in the Middle East, the rise of technology, modern politics, and the way these issues are presented to us in the media, HyperNormalisation is the one.

Brit documentarian Adam Curtis (Bitter Lake) combines mind-blowing archival footage and weaves this together with a historical account of how we got to the strange place the world is in today, explaining not only why these chaotic events are happening, but also why we and our politicians cannot understand them.

Israeli filmmaker Ari Folman (The Congress) wrote, directed, and starred in this devastating animated film that attempts to uncover why thousands of innocent civilians were massacred during Israel’s 1982 invasion of Lebanon, the victims of which were in Palestinian refugee camps.

This is told through Folman’s story, starting out as a 19-year-old infantry soldier in the 1982 war with Lebanon. Although he witnessed the massacre, he had blanked the event from his memory, and in the film seeks out others who were in Beirut at the time to discuss their memories and figure out why those with power took no action to put a stop to the event.

Folman made great use of the animation to reconstruct memories, fantasies, hallucinations, and possibilities, ultimately painting a picture that – while it doesn’t have clear cut answers – argues Israel is not guiltless when it comes to acts of genocide and, as Roger Ebert’s review added, “We may be confronted here with a fundamental flaw in human nature.”

They always say if slaughterhouses had glass walls, everyone would be a vegetarian. Whether you consider this a redundant statement or you agree, there’s no denying Shaun Monson’s Earthlings is currently the closest thing we’ll get to those glass walls.

A documentary filled with hidden-camera clips revealing the pain and suffering of factory farm animals on a devastating scale, Earthlings exposes the day-to-day practices of the largest industries in the world, all of which rely entirely on animals for profit whether that be for food, clothing, or entertainment.

With Joaquin Phoenix (You Were Never Really Here) as the voiceover, the actor contributes to one of the most impactful (albeit horrific) on-screen wake-up calls the world has ever seen.

This documentary from Rob Epstein (The Celluloid Closet) looks into the successful career and assassination of San Francisco’s first elected gay councilor – a man who changed the face of gay rights in America.

Presenting his rise from a passionate protester to a symbol of the modern LGBTQI rights movement, Epstein’s portrayal is equal parts tragic and gripping, featuring a number of important interviews and archive footage ranging from Milk himself to President Jimmy Carter.

It’s the quest every human on this earth is after – happiness. But what is the answer? Money? Relationships? Success? Filmmaker Roko Belic (Genghis Blues) sets out to answer this question with this uplifting documentary, taking viewers on a journey from the bayous of Louisiana to the deserts of Namibia, from the beaches of Brazil to the villages of Okinawa, in search of what really makes people happy.

As a prominent author and environmental activist, ex-VP Al Gore’s work in climate change activism earned him the Nobel Peace Prize in 2007 and also led him to the creation of the 2006 documentary An Inconvenient Truth along with director Davis Guggenheim (Waiting for ‘Superman).

In the film, Guggenheim follows Gore on the lecture circuit as he campaigns to raise public awareness of the dangers of global warming and calls for immediate action to curb its destructive effects on the environment.

Though most of the predictions in the film were wildly off-base considering the climate today, the movie went on to win an Academy Award and inspired many documentary filmmakers including Kip Andersen, who cites Gore in his 2014 film Cowspiracy.

Ava DuVernay’s (A Wrinkle in Time) in-depth documentary looks at the prison system in the United States and how it reveals the nation’s history of racial inequality on a maddening scale. The film shows how the prison system has developed into a modern day slave trade, making 13th powerful, overwhelming, and infuriating.

The title is taken from the 13th amendment, which outlawed slavery but left a significant loophole in that it allowed involuntary servitude to be used as a punishment for crime. As the rich and complex information presented in the film shows, this was exploited in the aftermath of the civil war and continues to be abused to this day. 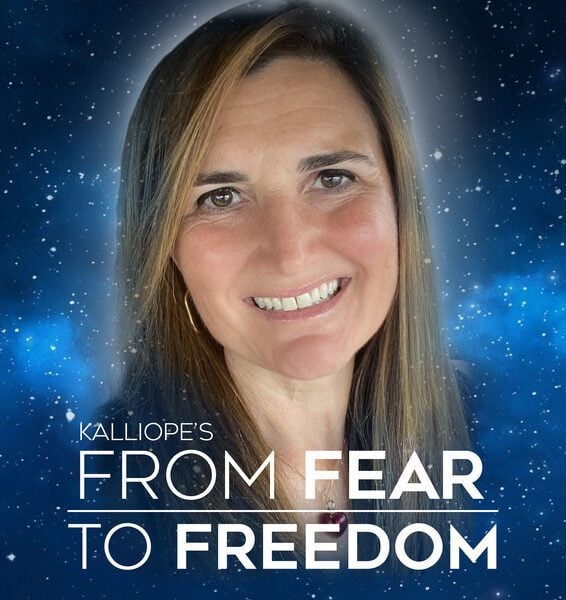