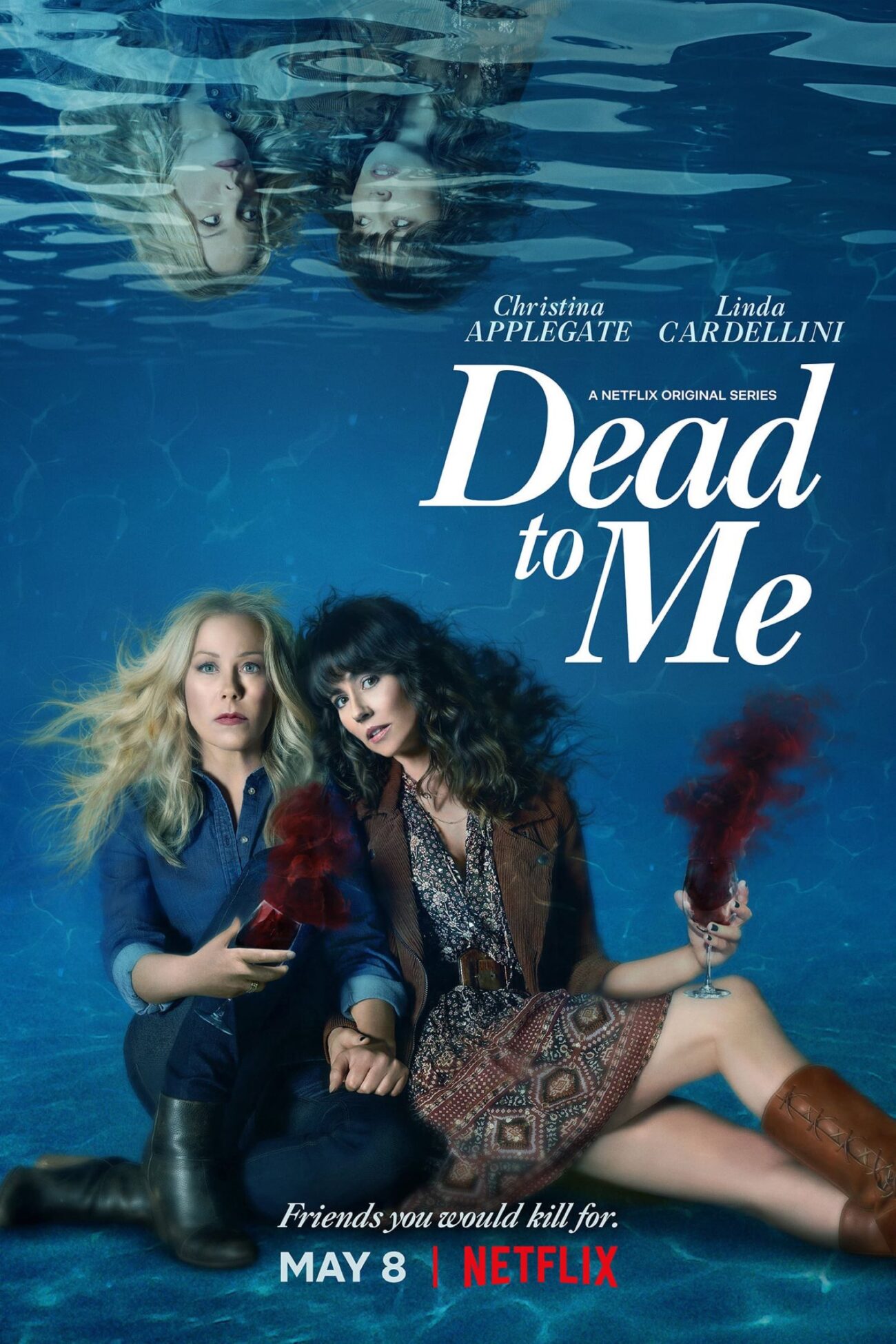 Netflix’s ‘Dead to Me’ season 2: The ending and everything else explained

When Dead to Me hit Netflix last year, it became a sleeper hit, but that’s no surprise. A show with comedy legends Christina Applegate and Linda Cardellini taking on the role of women in grieving? With James Marsden as Cardellini’s husband? Sounds like a hit to us.

A lot went down in episodes nine and ten. So if you’re still in a Netflix coma after finishing Dead to Me and need a little help connecting the pieces, we got you. Just don’t ask us to be happy about it because we’re not at all happy with Dead to Me season 2, and you can read more here about that. 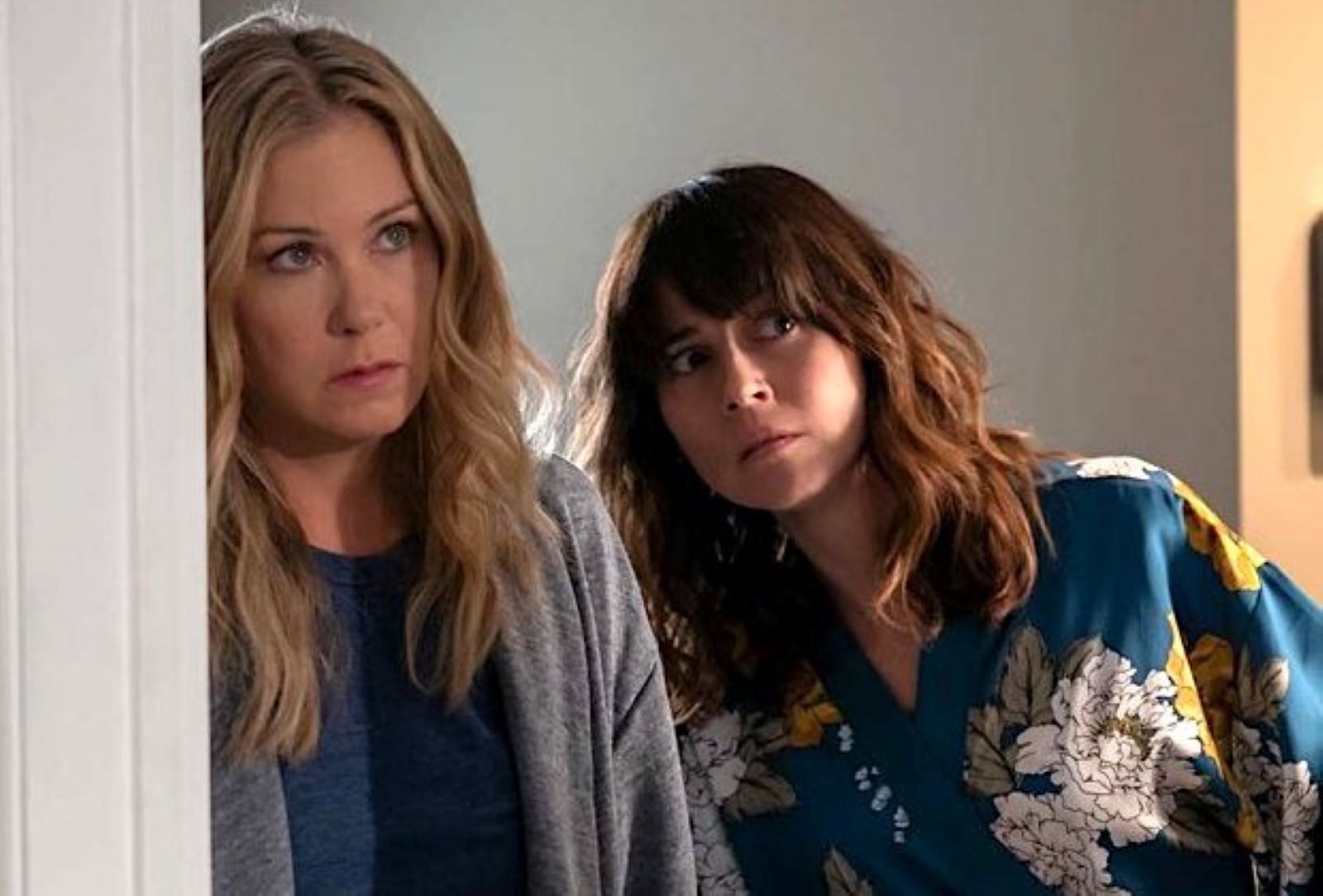 Jen’s conscious gets the best of her, but Perez puts her cop side away

The guilt of murdering Steve was just too much for Jen (Applegate) to live with. It was becoming too much for her to keep up the lie of “killing him in self-defense”. So she confesses the truth to Judy, and then turns herself into Perez (Diana Maria Riva), walking to the forest where she hid the body (with Judy but that’s not important).

While in the woods, it’s clear that Jen is willing to protect Judy even if she’s the one who killed Jen’s husband Ted. It’s a little terrifying how Jen quickly shuts down Perez every time she tries to convince Jen to just let Judy fall for Steve’s death. But she says something along the lines of “seeing the good in people even when it isn’t there,” and it’s clear how true that is.

Then, Perez shares a personal story about how her mom was killed defending her from an abusive step-father. Perez wants Jen to live her life because Perez’s mother didn’t. They’re going to pretend like their little walk in the woods never happened, and Jen is going to stick to her self-defense story because Steve has a history of abuse and it’s believable. 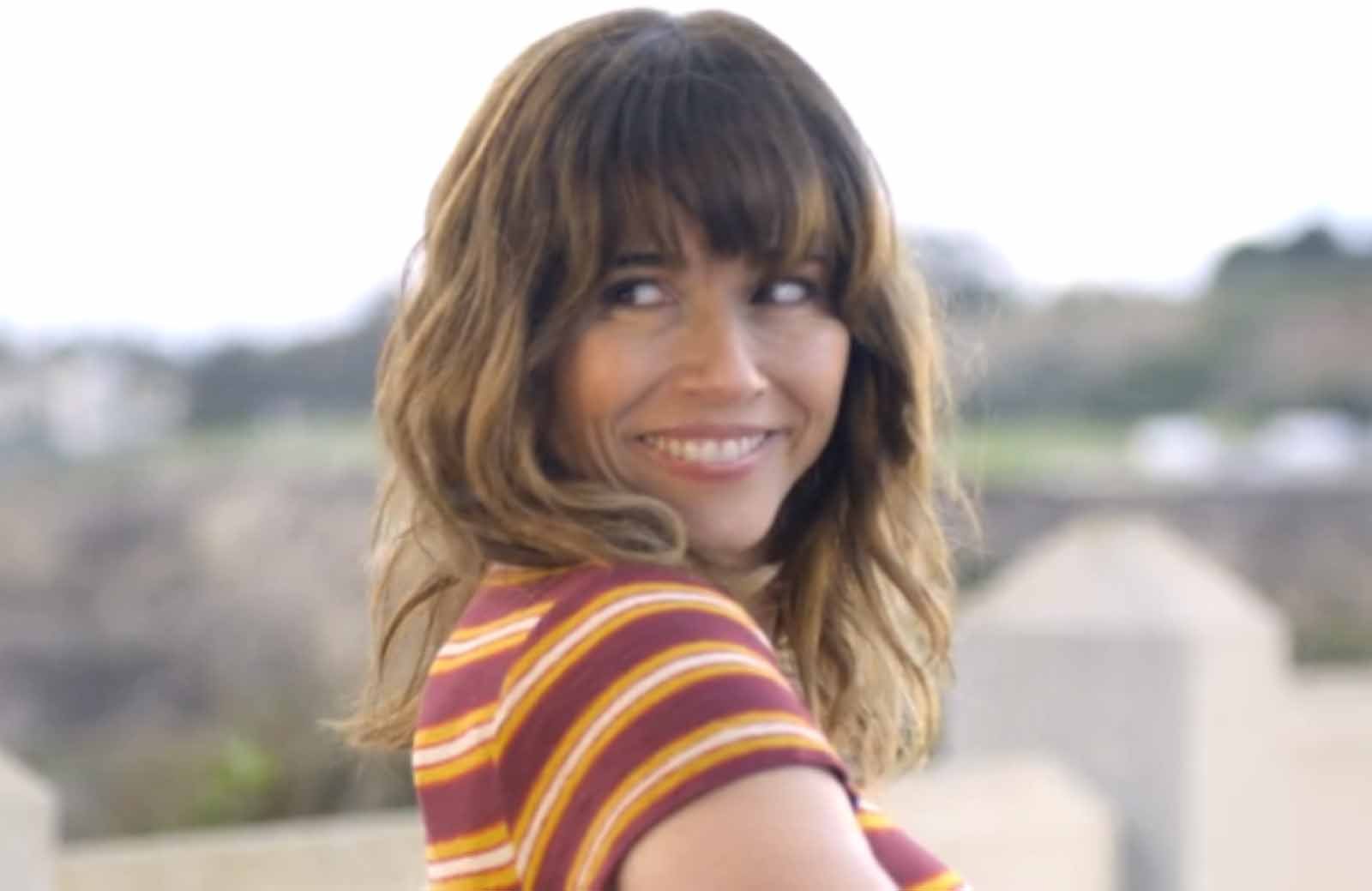 Judy takes on the role of mom

While this is all going on with Perez and Jen, Judy is trying to play cool mom while everything is going wrong. Before she left, Jen gave Judy her big emergency binder, along with two notes for both her sons. Judy is definitely not in control of her emotions though, and the boys pick up quickly that something’s wrong.

Henry (Luke Roessler), being naive, buys into Judy’s excuses. But Charlie (Sam McCarthy) isn’t falling for it, especially when he’s seen his dad’s black case that has a bunch of stuff in Greek in it. Though, he thinks this has to do with the “dangerous people” Steve was dealing with, not that his mom did anything.

Right as Judy’s about to give the rouse up and confess that mom’s gone, Jen walks through the door like nothing happened. Sharing the story of what happened with Detective Perez, the two have a heart to heart and Judy forgives Jen for Steve’s death. The two work to try and deal with their emotions as it’s clear it’s ruining their friendship. 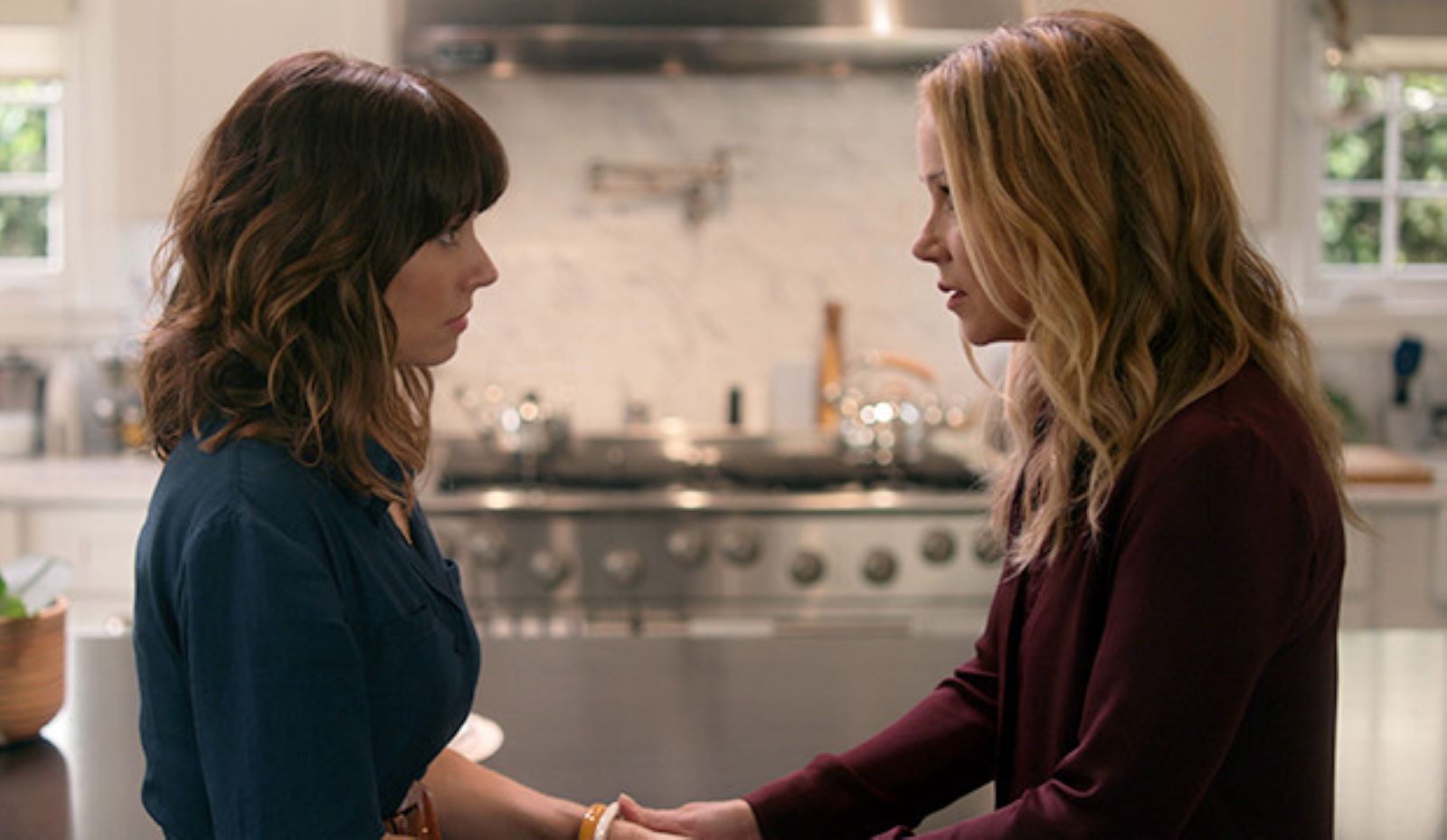 Moms are the worst, right?

For both Jen and Judy, this means facing the music and dealing with their mommy problems. For Jen, this means finally forgiving her mom, and attending grief counselling to finally properly grieve her mother’s death. For Judy, this means learning the word no and being able to stand up to her mother, who doesn’t acknowledge her mistakes.

Judy on the other hand does still have her mother, but that doesn’t mean much when she’s in jail. Refusing to acknowledge her crimes that got her in there, she wants Judy to hire an expensive lawyer to fight her out, or write a letter saying she’s a good person. Judy finally stands up and says no to her mother, all but cutting her out of her life. 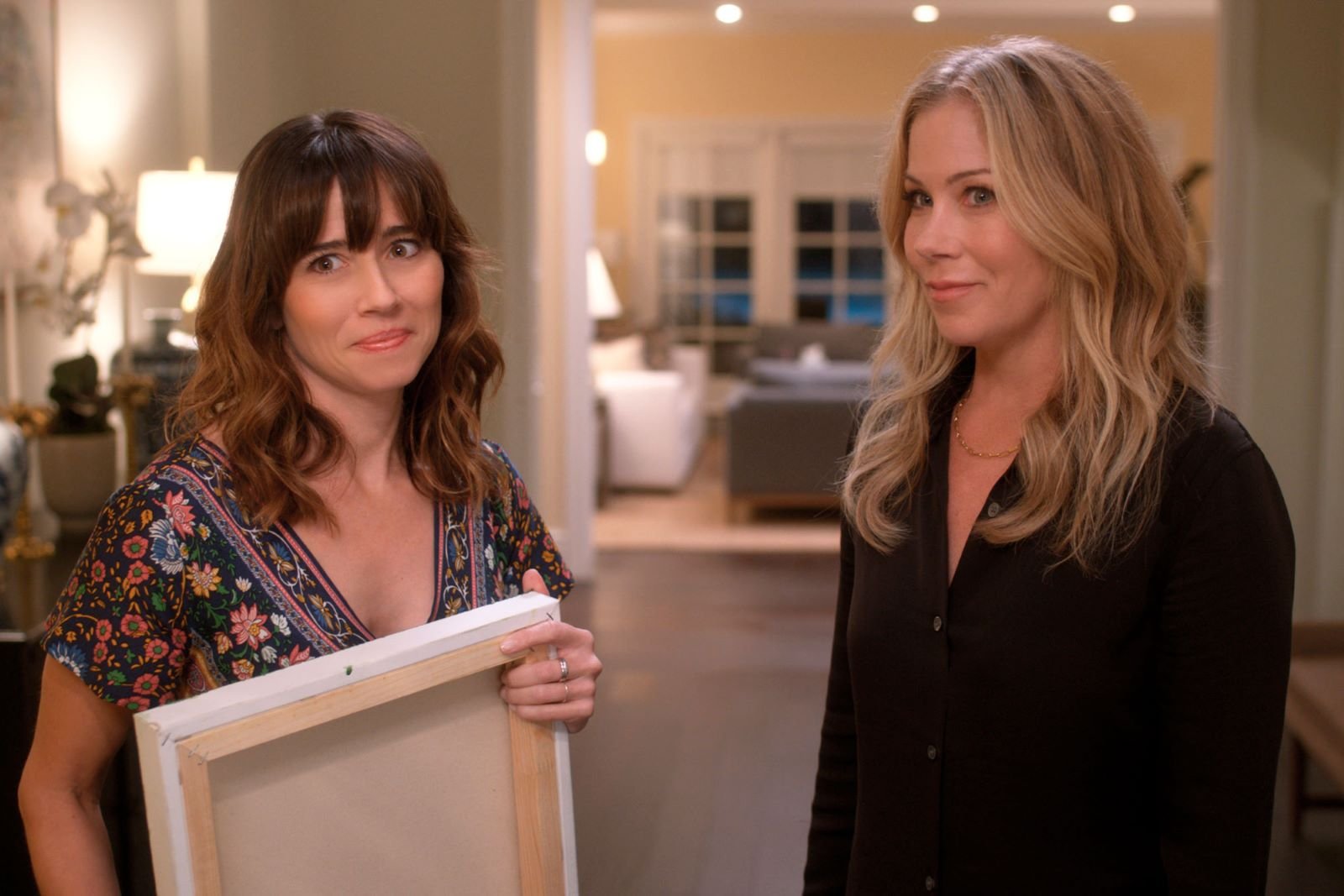 As the money laundering investigation continues, Perez finally gives the paintings Judy asked for back. But they’re not coming back for sentimental value: Judy knew that’s where Steve hid all his laundered money. Letting Jen know, the two decide to right some wrongs with cold hard cash in hand.

First, they stop by Jen’s mother-in-law and boss, Lorna (Valerie Mahaffery). Buying her out, Jen says she doesn’t want to cut her off, and actually wants a grandmother in her sons’ lives. She also offers her up the Wood estate, saying that Mrs. Wood needs a friend who understands, and Lorna definitely does. 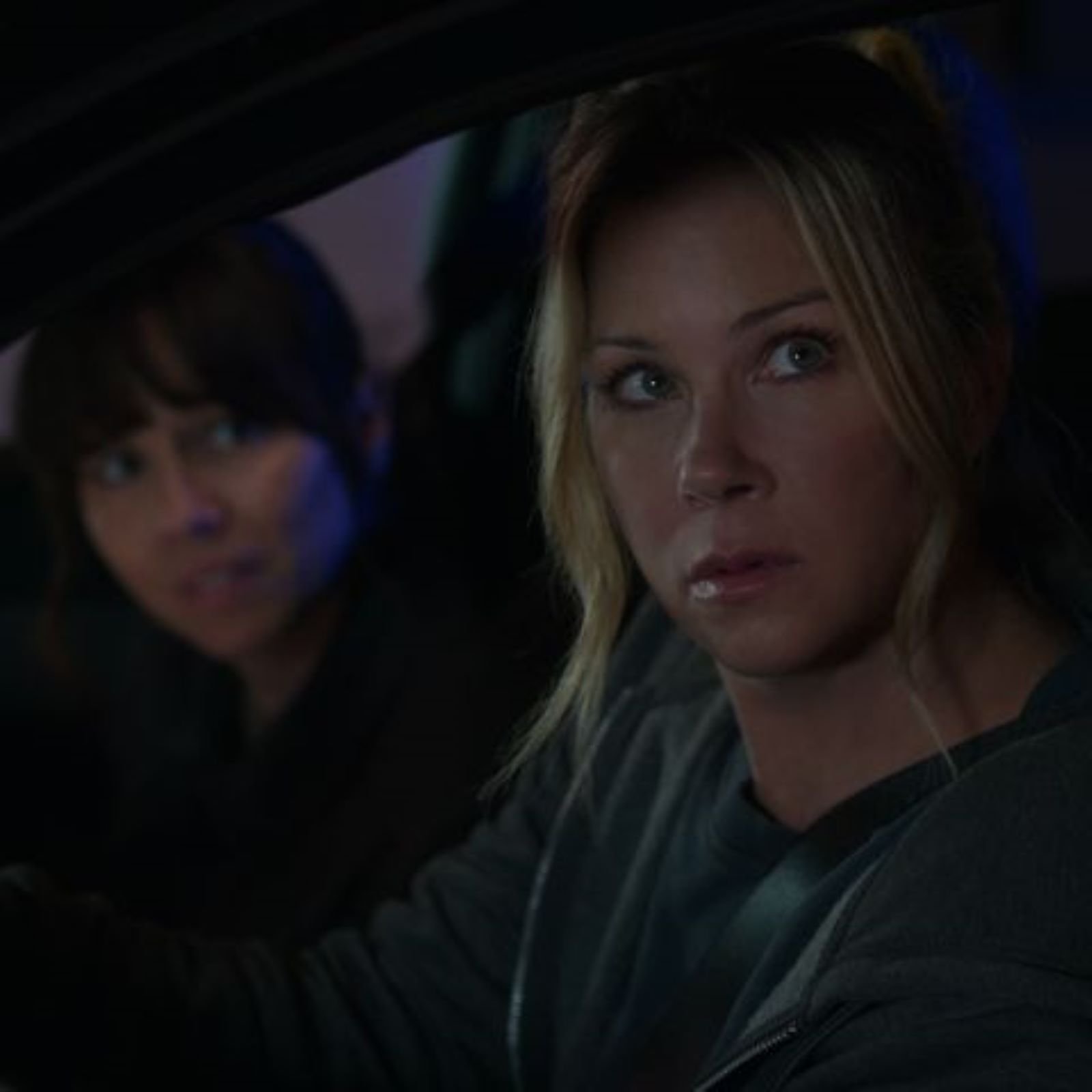 They’re also getting Charlie a nice shiny new car as a special surprise. As they drive home, Jen’s hateful speech to city council got a stop sign up at the intersection that killed Ted. But a drunk Ben (also Marsden) doesn’t care, and plows into Jen and Judy in the new car.

Once again, we’re back where we were season one, except this time, Ben is dealing with a hit and run, not Steve. Hopefully this time, some things will change to mix up the series if the show gets a third season. But we’re not super hopeful at this point.