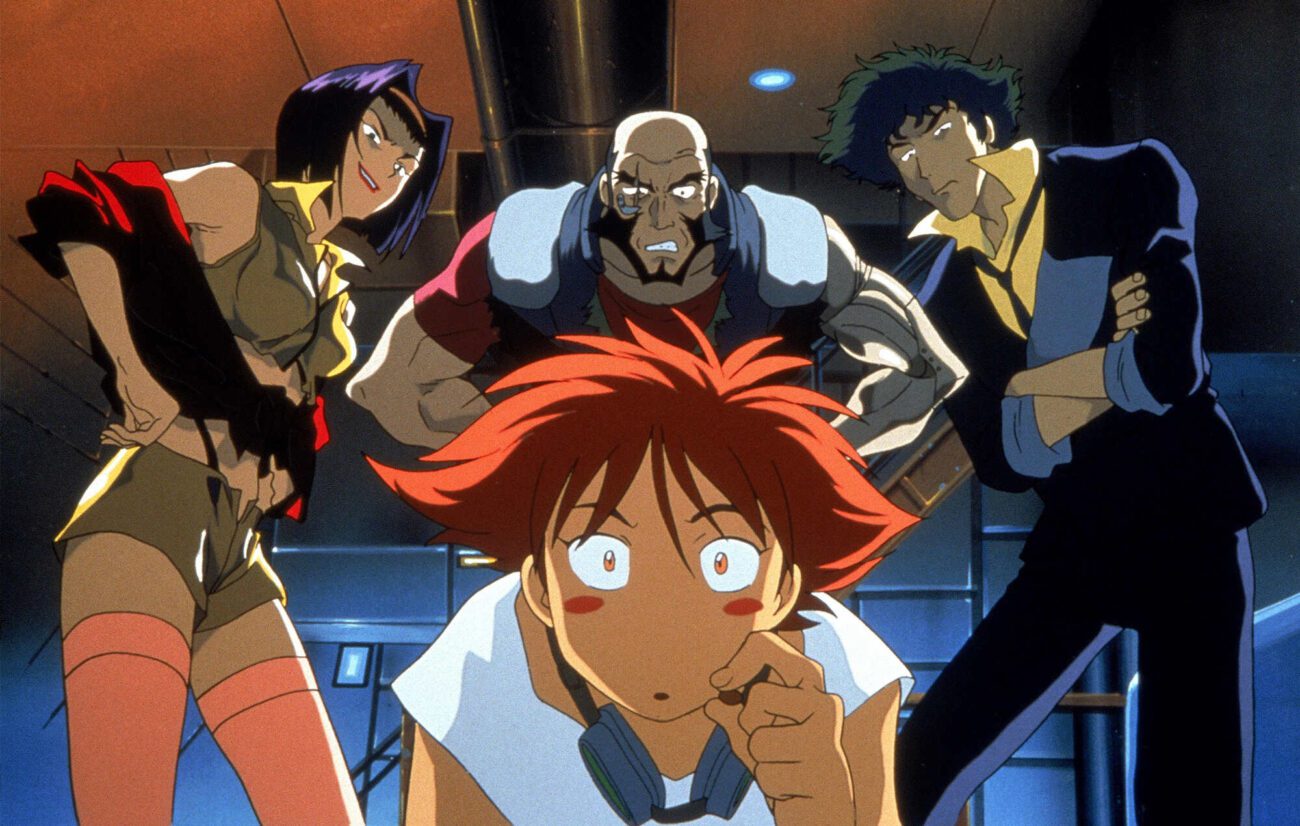 Short answer: November 19th. There. We saved you a Google search.

Wait, don’t go – we didn’t get to the best part yet! Since we still have to spend an entire month counting down the days until Netflix’s highly anticipated live-action remake of 90s kids’ old Toonami staple, Netflix did us a solid and dropped a whole two-minute trailer of Cowboy Bebop: The Last Session for us to enjoy.

Will you thank Netflix for this little morsel of Cowboy Bebop, or will you scream “thanks I hate it” along with . . . most of Twitter? Let’s strap into The Bebop (you remember, the interplanetary fishing trawler where the crew lived) and see if this space western anime remake will actually live up to the hype.

The series arrives on Nov. 19 pic.twitter.com/WTjEHRa5XF

Granted, it’s anime, so there’s some level of over-the-top action, craziness, and hammy acting involved. However, the original Cowboy Bebop series looked tame compared to whatever Netflix just threw at us! And we had to go back and watch the original trailer to jog our memories.

Yeah, it was still action packed, but where did the psychedelic comic book framing come from, Netflix? It’s like they took the premise of Cowboy Bebop, then added 70s exploitation films, Scott Pilgrim vs The World, the aforementioned Power Rangers, and threw it in a blender and told the world: look, shiny!

Thankfully, no Edwards or data dogs named Ein were harmed in the making of Netflix’s Cowboy Bebop . . . that we’ve seen so far.

I was excited but the acting was bad, the dialogue was forced, and the action was not good. If they can't make better changes then it'll be disappointing like every other live action anime other than Kenshin. At least it looked visually great.

Meanwhile, Twitter prepared their fingers, placed them gently on their keyboards, then went to work trashing the trash fire Netflix dropped on them. Of course, we have our faves.

When you cast a forty-nine-year-old

Why is Spike old? LOL!

This show is more miscast than Netflix's Death Note

Netflix made a Death Note?

Willum dafoe as riyukk was not a miscast!

There’s good in every turd, we guess.

animation is valuable art in its own right! this current trend of live action remakes that flatten the artistic voice of the original works and make weird compromises so that they can be live action genuinely baffle me

it's just a worse version of the thing, I don't get it

Academic papers have been written about how nostalgia is one giant cash cow.

Ok well what do the fans care about, cause personably this is what I care for, cowboy bebop with great camera work and keeping in style with the original, like I don’t know what you want but it kinda sounds like complaining😂

Meh, we complain about everything though. 😉

We’ll have to give Netflix an offer they can’t refuse.

Just so we're all aware this is coming out now because the walkout is tomorrow. Remember, 20th is the boycott day, if you want to support marginalized creators don't watch Netflix tomorrow

Maybe it’s the walkout tomorrow, or maybe it was part of the promotional schedule all along. The world will never know. 🧐

Wait . . . this was just promotional material? The show won’t actually be like this?

Will you give Netflix’s Cowboy Bebop a chance despite the hammy trailer? Drop your thoughts in the comments below.