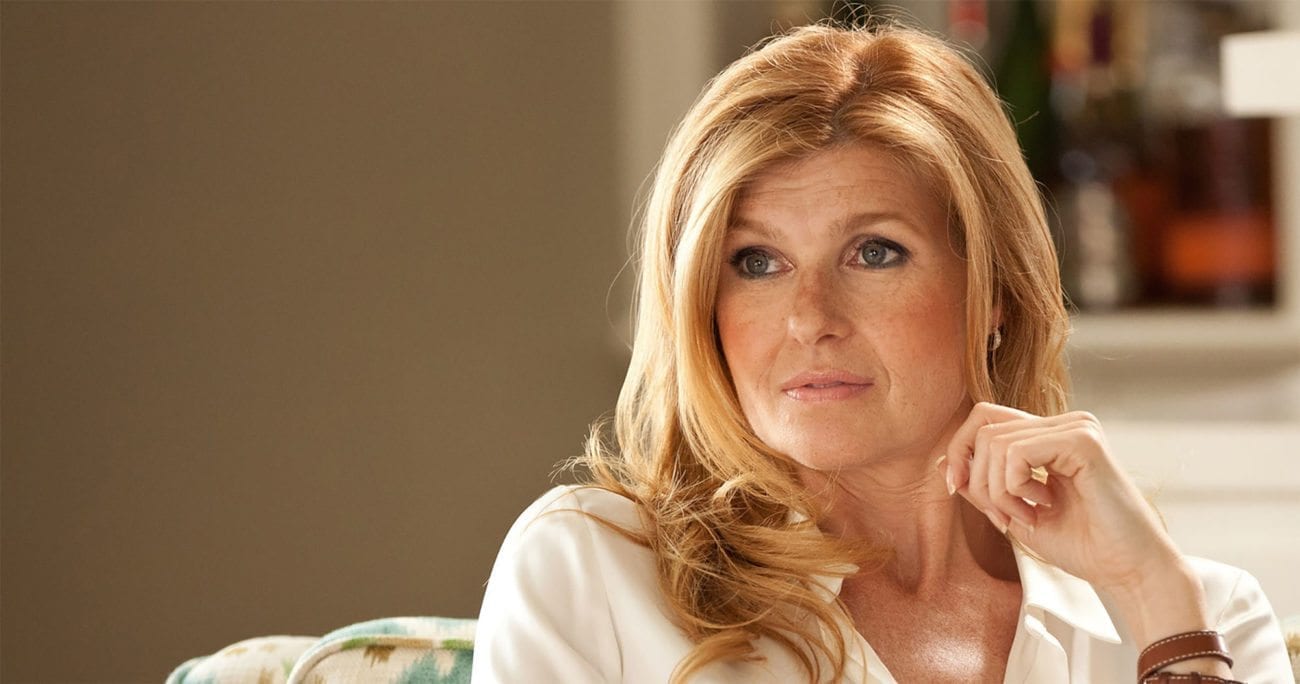 Love the Los Angeles Times’s set of articles and subsequent podcast Dirty John and also happen to (rightfully) worship the great Connie Britton? Bravo cast the irrepressible actor in the role of Debra Newell – a single mom who falls for the charismatic conman John Meehan in the network’s two-season adaptation of the captivating true-crime story.

If you were an avid follower of the Dirty John story, you likely realize how perfect Britton was for the role of Newell: a beautiful divorcee looking to believe the best about her beau even when confronted with the most outrageous lies. Out of her vulnerability, Newell discovers the strength necessary to confront the truth and take back control of her life.

All of which is to say it was another powerhouse role for Britton, who has made a career out of playing lowkey badass women for years. Here are ten of her most formidable performances thus far, ranked in order of badassery.

Shawn Levy’s shiva dramedy is stacked with stars including Adam Driver (Logan Lucky), Tina Fey (30 Rock), Jason Bateman (Ozark), and Timothy Olyphant (Santa Clarita Diet), and though Britton’s role is small (as wife to Corey Stoll’s insecure husband), she commands every scene she’s in with a gentleness that’s underscored by a simmering frustration. 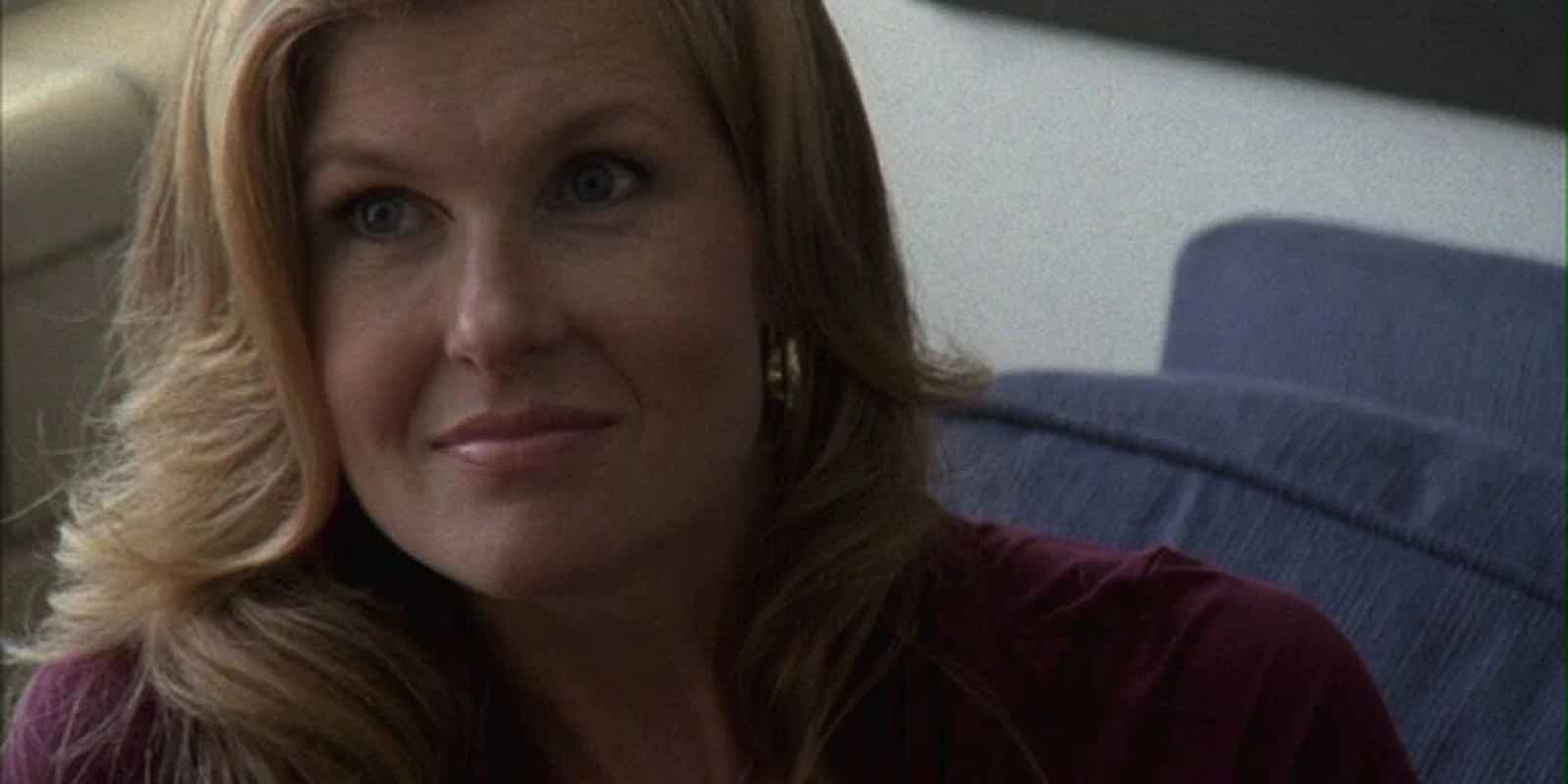 Though she only appeared in four episodes of Aaron Sorkin’s fast-talking political drama (as a campaign consultant to Martin Sheen’s President Bartlet), Britton was nonetheless a breezy force of nature, presenting sharp, express deliveries of dialogue with an ice-cool demeanor.

Britton appeared in season five of the show as a woman who falls for one of Jack Bauer’s (Kiefer Sutherland) least flashy aliases – an everyday guy called Frank. Within just one day she decides he’ll be an excellent father for her son before quickly realizing – wow, nope! – he absolutely won’t.

Britton appeared in the inaugural season of Ryan Murphy’s hit horror anthology as a woman raped by a man in a gimp suit pretending to be her husband (Dylan McDermott). As if that weren’t bad enough, her character becomes impregnated with the antichrist. She saves the monstrous role from becoming lost to campiness due to her resolute sincerity in playing a woman desperate to hold her life together.

Murphy’s latest show stars Britton alongside Peter Krause (Six Feet Under) & Angela Bassett (Strange Days) as a 911 operator dealing with a troubled home life. The role sees Britton as more of a toned down, somber character than usual, although her performance makes her riveting to watch.

Britton may never be cooler than when she first strolls in to the convenience store where stoner-spy Mike Howell (Jesse Eisenberg) works, lowers her sunglasses, and utters an ineffective trigger phrase meant to activate his secret agent skills. In American Ultra, Britton is a deadpan & chill dynamo, able to change the world with a covert snap of her fingers. 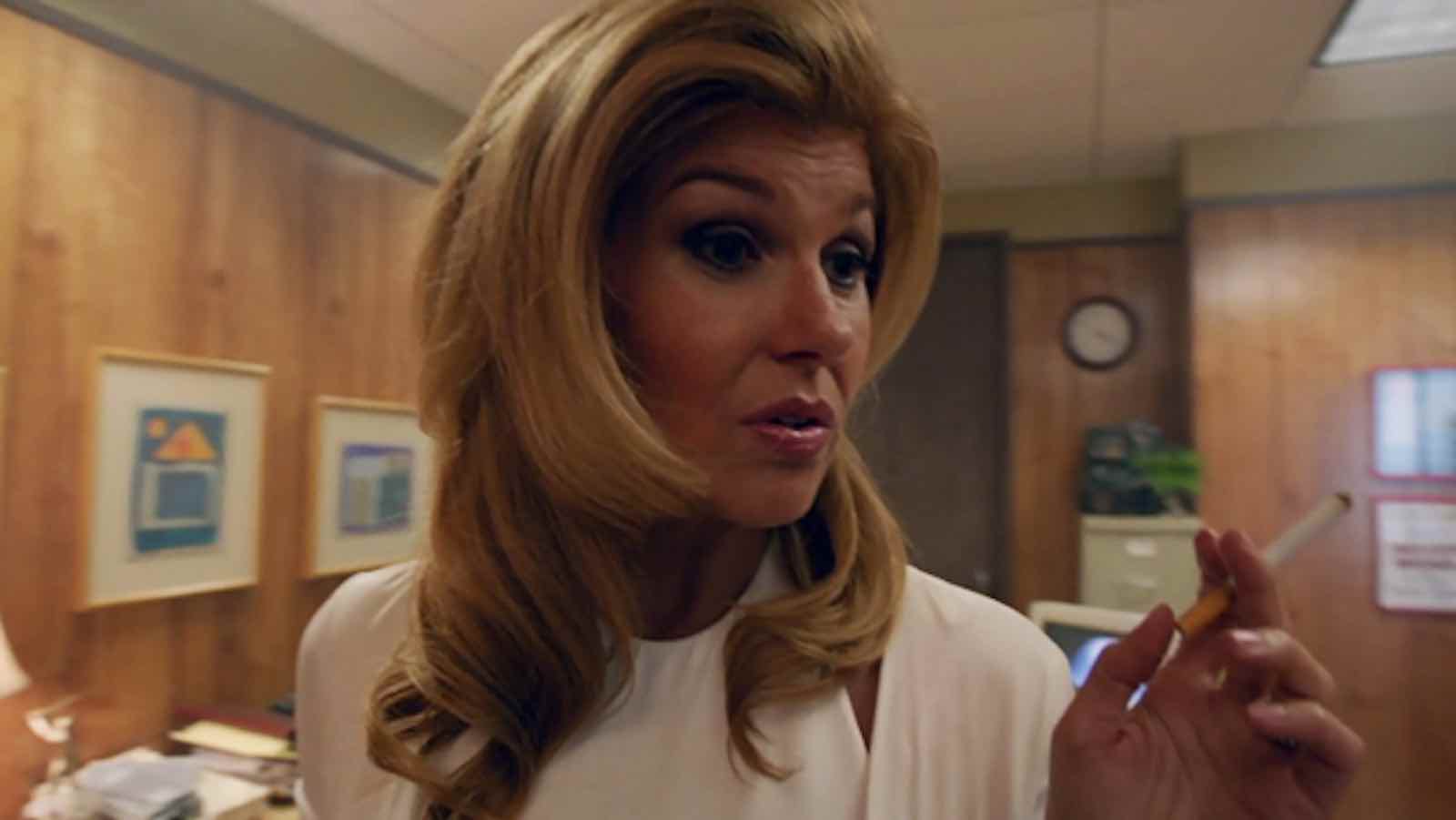 Spirited, slick, and sassy af, Rayna was Nashville’s reigning queen right up until that harrowing season five twist we most certainly still can’t talk about without bawling incessantly. Thankfully, we’ll always have the endless hours’ worth of songs from the show featuring Britton’s truly jaw-dropping vocals and enthralling stage presence.

Showtime’s refreshing comedy delves into the challenging plains of class politics, motherhood, and gender dynamics. Starring alongside Rosie O’Donnell (Sleepless in Seattle), Frankie Shaw (The Pretty One), and Miguel Gomez (Southpaw), Britton plays Ally – a bourgeois nightmare who is slowly waking up to the miserable traps of her lifestyle and desperately trying to retrieve herself from its jaws. She’s an absolute joy in the role, folks.

Hey y’all! Pour yourself a gigantic glass of chardonnay, say nothing but emote everything, and join us in celebrating the coolest mom who has ever been on TV – Tami Taylor is one of the finest goddamn American heroes TV has ever been blessed with.

Maintaining a tight relationship with hubby Eric (Kyle Chandler) through the good and the bad while also dishing up life-changing advice to a pack of teenagers who don’t know how good they’ve got it, Tami is (and forever will be) an absolute Southern goddess.