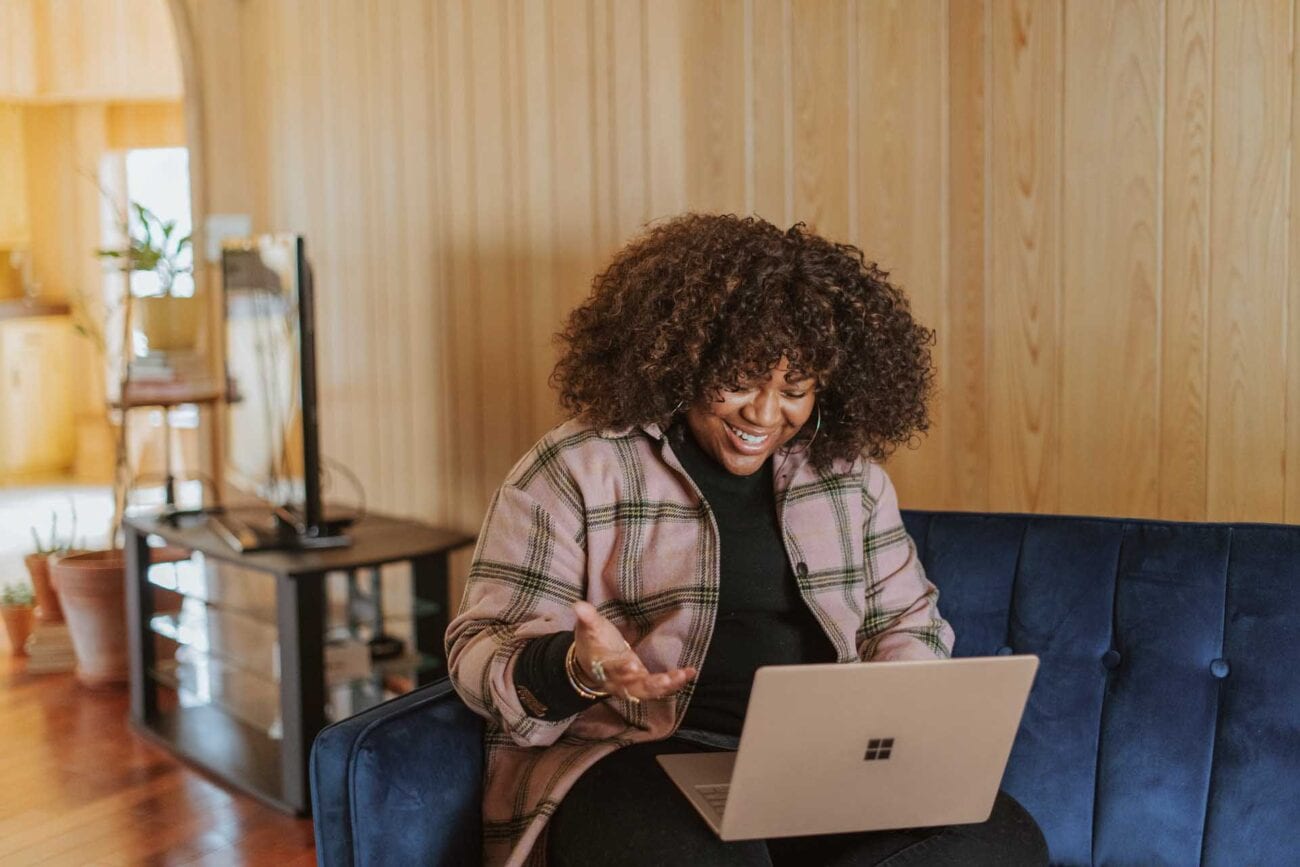 Last year’s convention season was practically scrapped altogether. COVID-19 was taking everyone by surprise right when the season was about to begin and most had to cancel their events.

Some conventions with a little bit of time put together virtual events that might not have had the same excitement & joy, but were usually better than nothing. Zoom panels and spotlights for vendors who would usually be on the show floor were usually what these events consisted of. Some also created a stand-in for getting a pic with your favorite actor by allowing you to purchase a short Zoom chat with them instead. (Often just a few minutes.)

At the moment, conventions for 2021 appear to be anticipating a similar convention climate. A lot have been cancelling and a number have been announcing their second virtual iterations. Most notably, San Diego Comic Con has joined the bunch. Here are a few digital conventions you should attend from your couch this year. 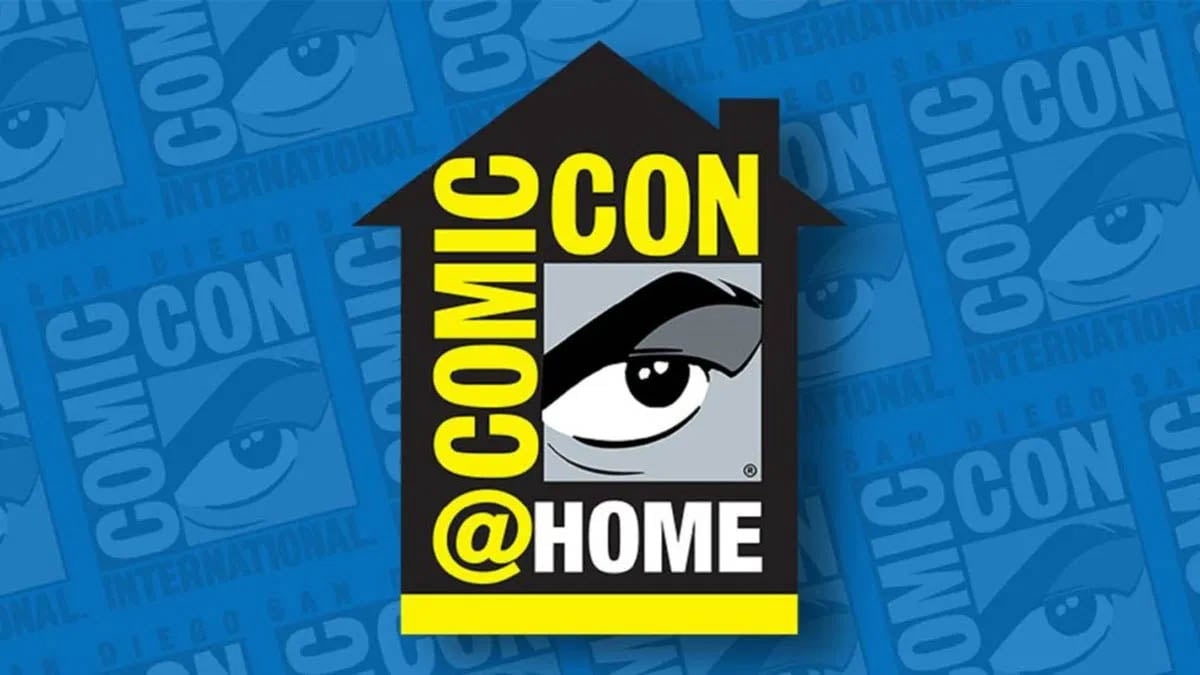 San Diego Comic Con is the ultimate comic convention experience. Sadly, the event has realized that the pandemic is still too prevalent to allow for packed event halls, swarms on the show floor, and hugging of beloved actors. Not wanting to be a massive super spreader SDCC will be holding a virtual event again this year.

San Diego Comic Con usually starts with a preview day on Wednesday and then runs at full capacity from Thursday through Sunday. This year, SDCC will simply be three days. The dates are planned for July 23, 24, and 25.

In a statement, the convention runners admit that the truncated length is due to financial hardships since they haven’t been able to run their two largest events for a second year in a row. 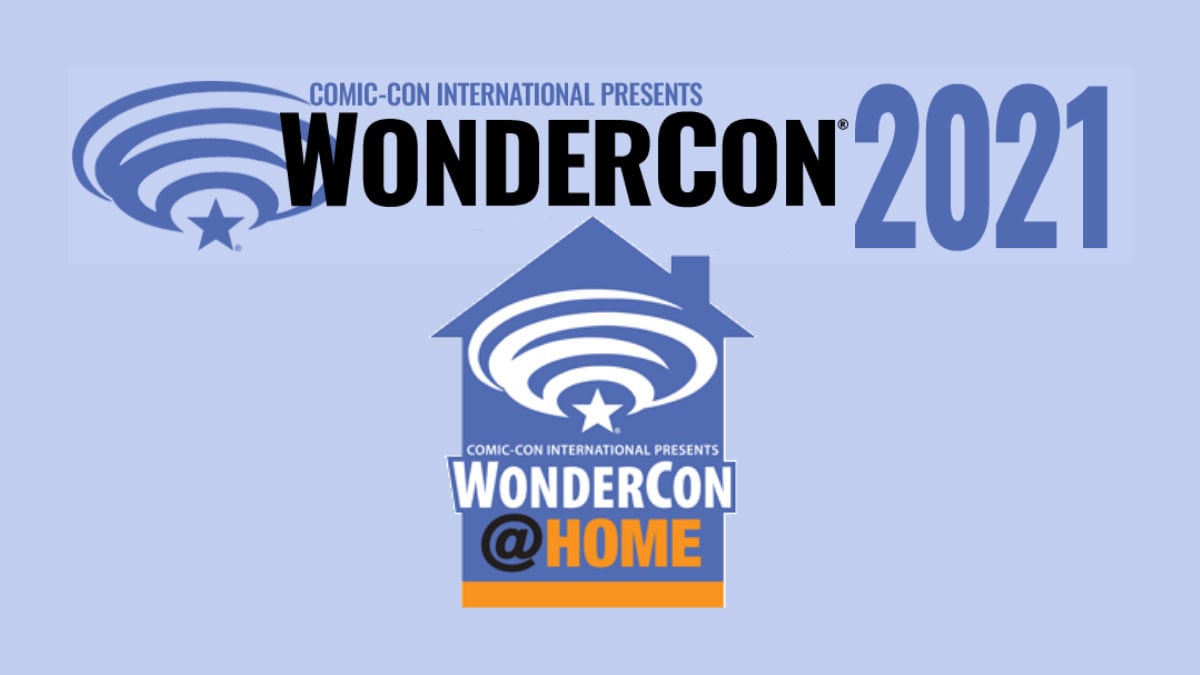 Speaking of, the same company that runs SDCC has also scrapped the in-person WonderCon in favor of a digital event in 2021. The event usually held in Anaheim will be taking place on the internet later this month on Friday, March 26 and Saturday, March 27.

The virtual comic con is promising “great programming, amazing exhibitors, terrific gaming, and all of the many aspects that make WonderCon a fan-favorite event.” 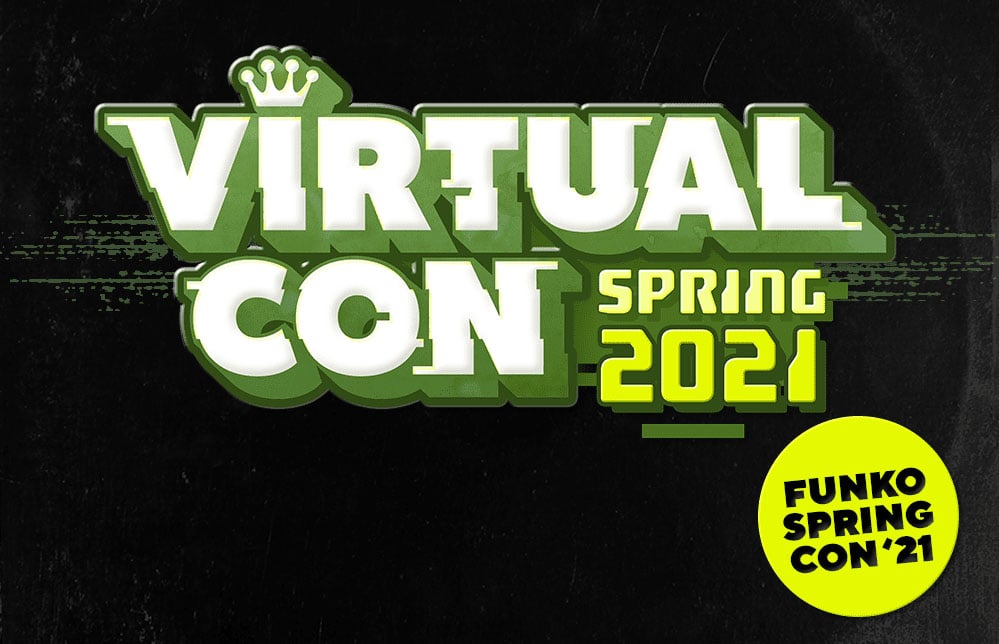 Funko Pops have become somewhat of a staple in the comic con world. Their booth often requires appointments for access and still have long cordoned off lines. The company known for their square-headed bobble heads with soul chilling black eyes that somehow still make us say “aww cute” usually has convention exclusives as well, but without conventions they need somewhere to sell the special releases.

This will actually be Funko’s fifth digital event so they’re pretty well-versed in the process at this point. Unfortunately the lottery for being able to shop for the exclusive releases has already shut, but the event is being held from March 1 to March 5 and is still on our radar.

We’re keeping a close eye on all Funko Pop socials for any giveaways or other events. Funko’s entire website is currently unavailable, the big banner on the mainpage simply states, “Closed for Virtual Con Spring 2021”. 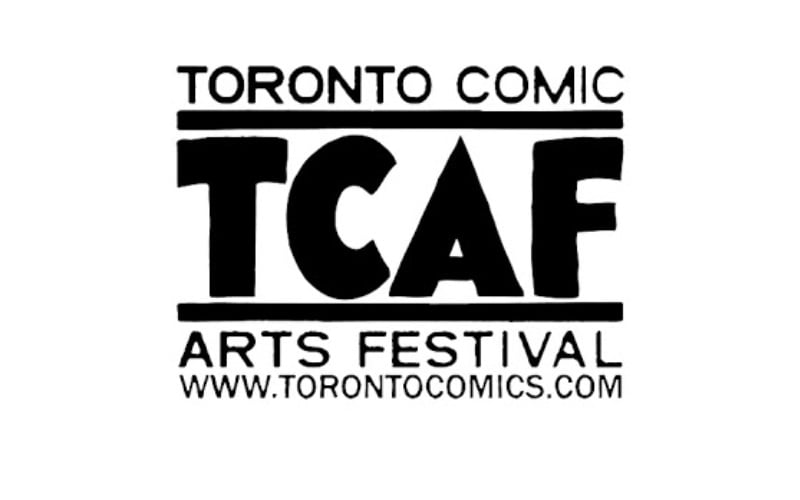 This Toronto-based convention will be taking place from May 8 to May 15. Despite being the second furthest away, we have the most details on this one.

There is going to be a digital “marketplace” where virtual attendees who visit the TCAF website can browse the wares of vendors from the comfort of their kitchen table rather than wandering between seemingly endless table displays. (We do miss those table displays though. 😭) On top of this, there will be pre-recorded videos that will recreate the panel experience with Q&As, lectures, and workshops.

If you’re interested in taking part in this comic con all you have to do is go to the convention’s website during the dates in May. 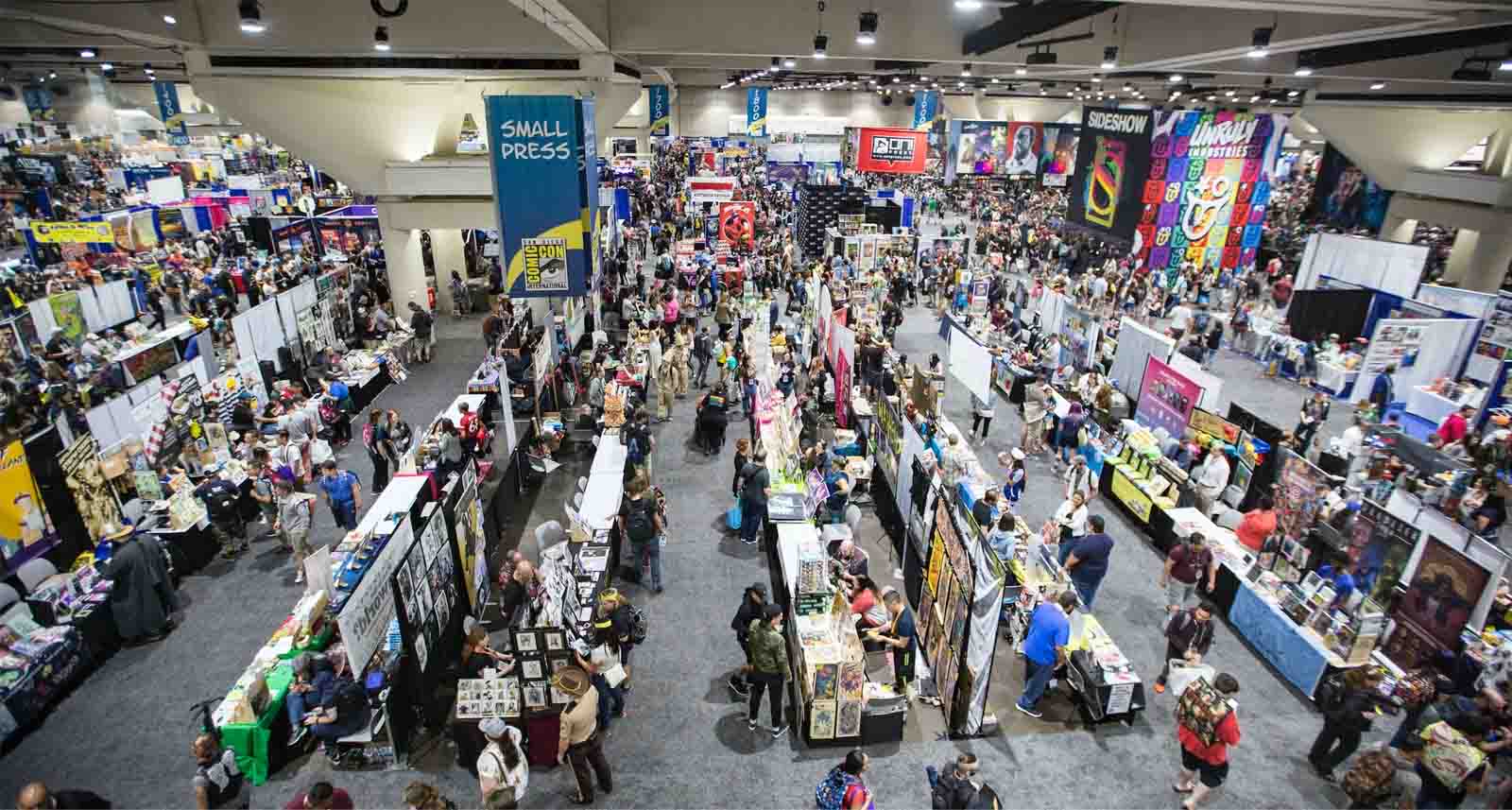 We fully expect more events to go digital as the year progresses, as it becomes clear that massive gatherings of people aren’t quite a viable option yet.

For now, these are the ones we’re putting on our calendars. 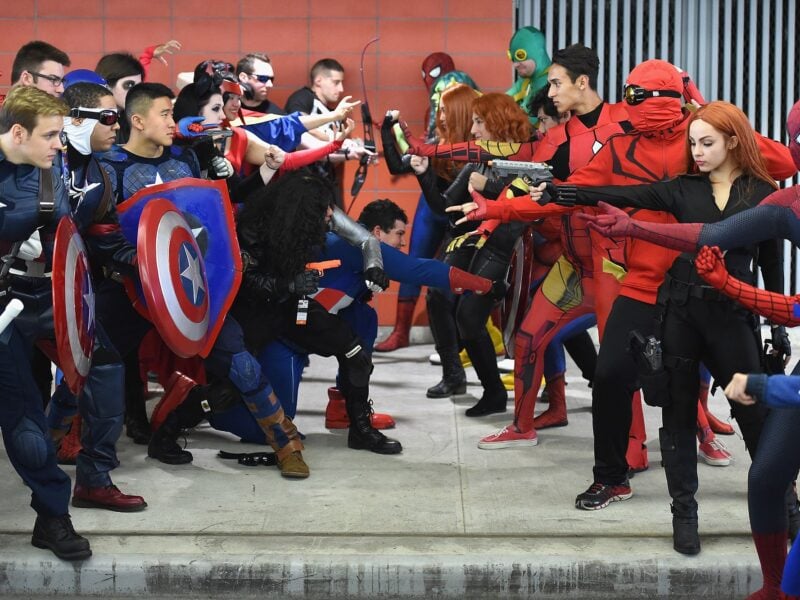