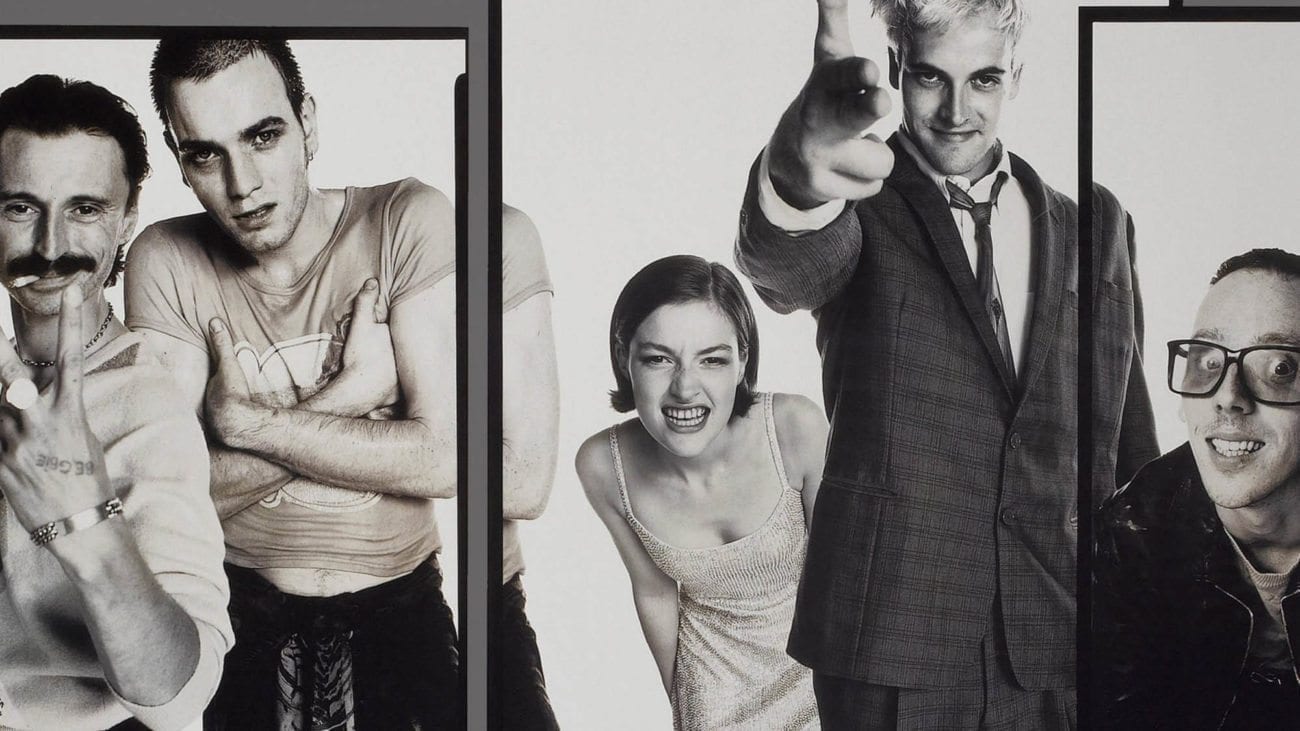 Dozens of Hollywood films have favored the theme of addiction over the years, and one such documentary to add to the list is the 2017 short Heroin(e), following police, judges, and local nonprofits attempting to help people who struggle with opioid addiction in West Virginia.

The opioid crisis is currently sweeping the U.S., claiming over 115 lives each day of addicts overdosing from prescription pain relievers, heroin, and synthetic opioids such as fentanyl. Director Elaine McMillion Sheldon knows this topic too well, as it became the basis for her Oscar-nominated short. 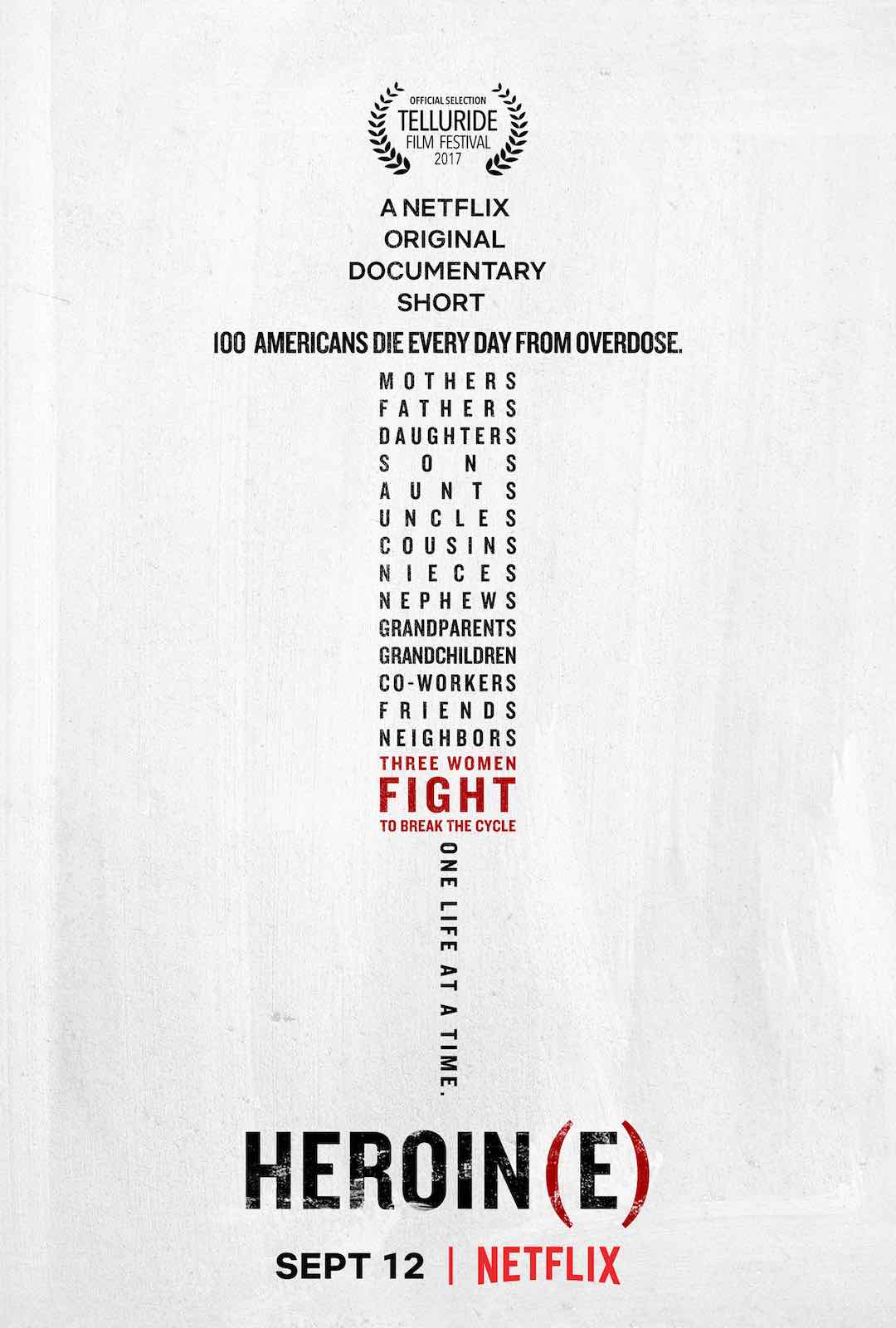 Two years ago, Sheldon and her producing partner husband Kerrin Sheldon moved back to their home state to document the opioid crisis. “I personally have had a lot of friends and classmates from middle school and high school become addicted or are currently in rehab, or in long-term recovery. It’s a story that was haunting us both.”

While this documentary offers a candid look into addiction and those fighting it, for decades filmmakers have been producing insightful and outstanding fictional films on the powerful theme of drugs, highs, and addiction. For some, the goal is simply to entertain, while for others the subject matter is more than a mere plot device. 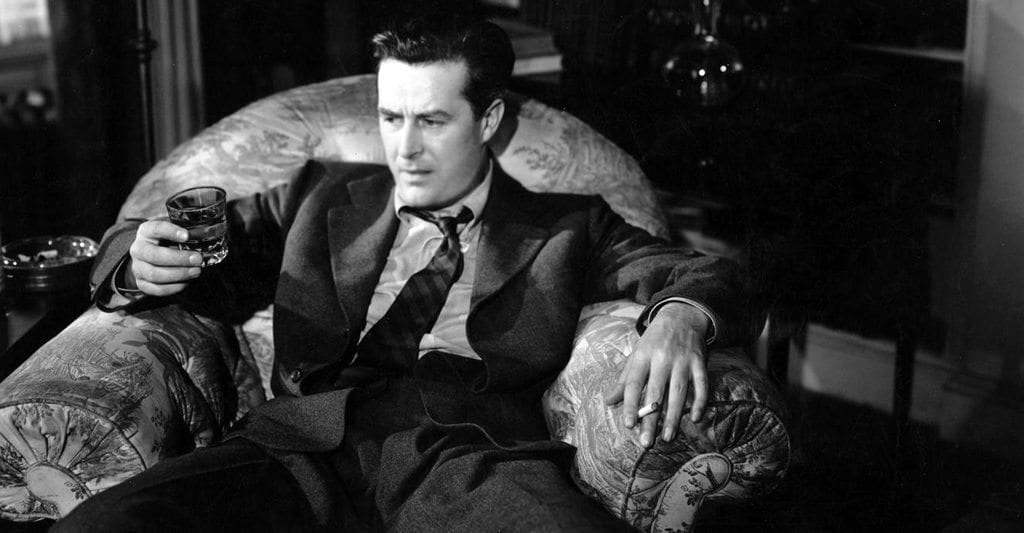 Addiction in film: A stark warning

In the early days of cinema, filmmakers took a virtuous and honest look at the issue of addiction, in particular regarding alcoholism. In 1945, director Billy Wilder released The Lost Weekend, looking at the desperate life of a chronic alcoholic through a four-day drinking bout. The 1962 release of Blake Edwards’s Days of Wine and Roses similarly tells the story of a couple who descend into alcoholism, even featuring a scene based in an AA meeting.

Fast-forward to the 80s, when heroin addiction had swept nations across the world, and directors began focusing the lens on narcotic abuse. As CastleCraig points out, “While alcoholism tends to be taken seriously in films, reflecting alcohol’s status as a socially acceptable drug, narcotics have been treated in a more sensational way.”

Christiane F. is a good example of this, based on the book of the same name, released as a warning against the perils of drug addiction. Anyone who has read the book or seen the film will understand the shocking nature of this true story about the Berlin drug scene in the 70s, focusing on a 14-year-old girl whose life descended into opioid dependency & prostitution. 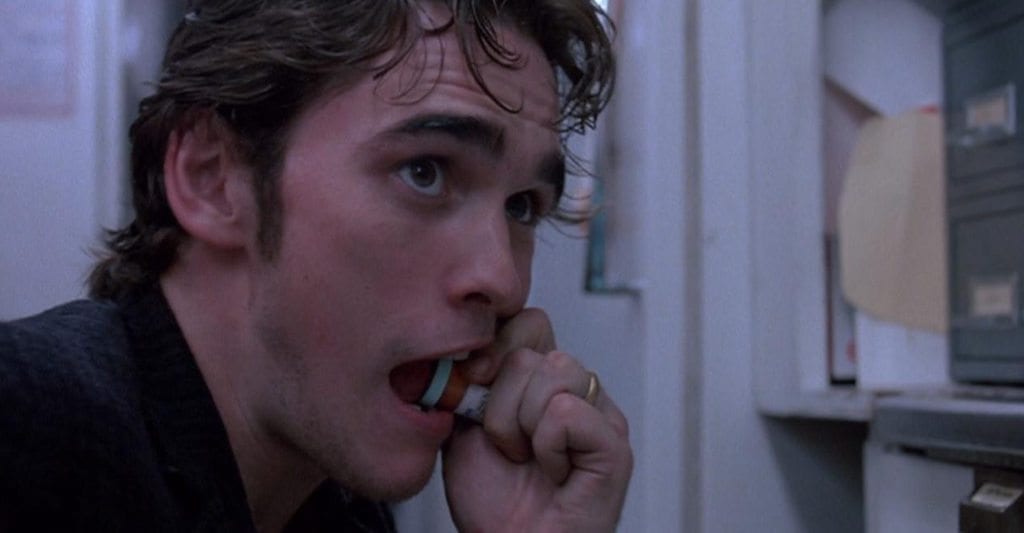 “The 1990s portrayed drugs in a more up-front way and went deeper into the milieu with films like Nil By Mouth (1997), Basketball Diaries (1995) or Gridlock’d (1997),” added CastleCraig. One of the most acclaimed tales of addiction from this time is Danny Boyle’s Trainspotting. Released in 1996, the film follows a young junkie (Ewan McGregor) desperately attempting to get out of the Edinburgh drug scene against the allure of heroin and the influence of his friends.

While the film offers some rather grim “rock bottom” moments – the death of Sick Boy’s (Jonny Lee Miller) baby, the struggle of Renton’s cold turkey, and of course the infamous toilet scene – some critics claimed Trainspotting had an adverse effect on wider society. 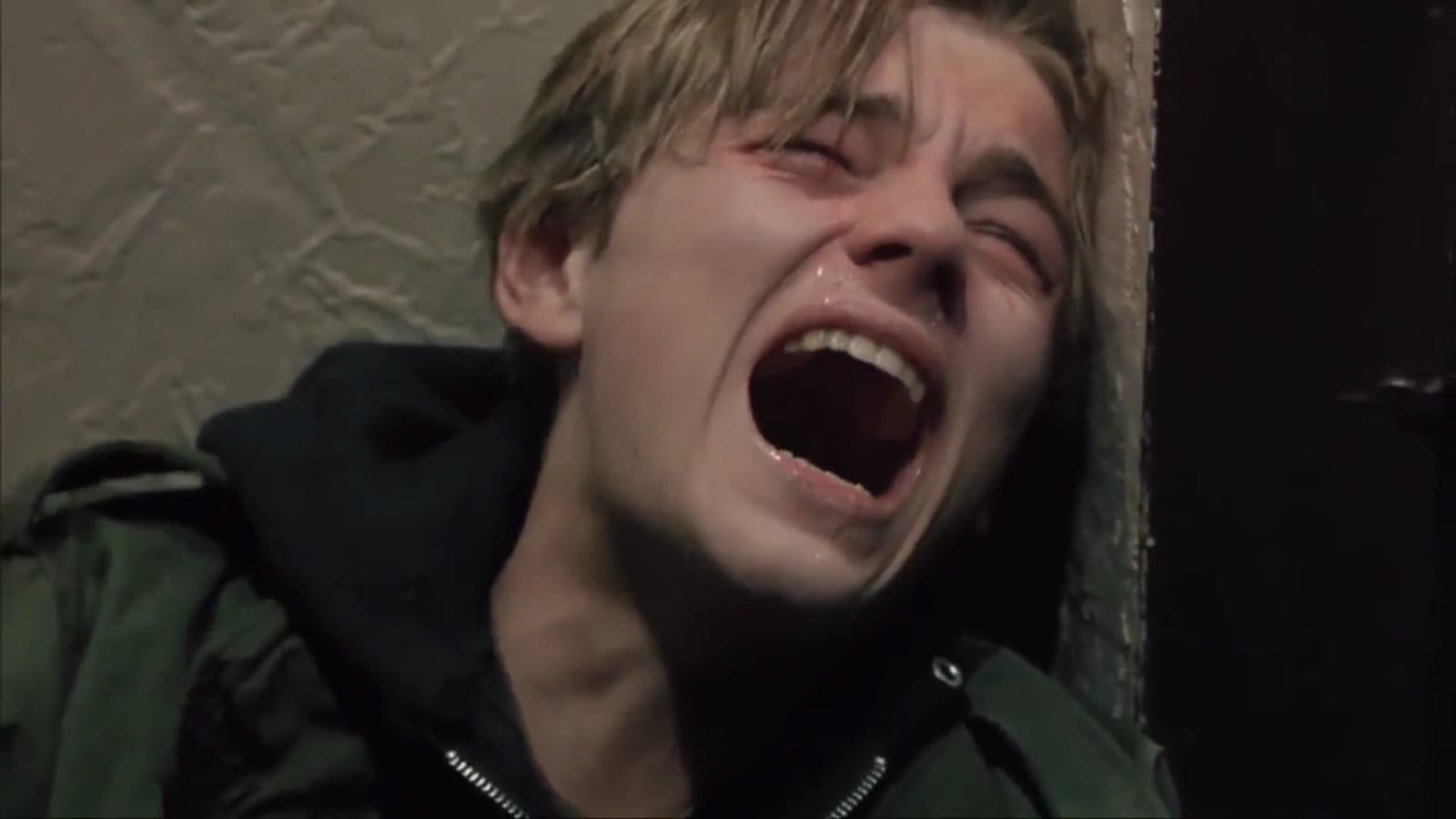 Some of the now-famous quotes were accused of glamorizing heroin use, for example when Allison (Susan Vidler) finishes off an injection by declaring, “It beats any meat injection. That beats any f***ing c**k in the world.”

Or, when McGregor’s character Renton muses, “You have to worry about bills, about food, about some football team that never fucking wins, about human relationships and all the things that really don’t matter when you’ve got a sincere and truthful junk habit.” 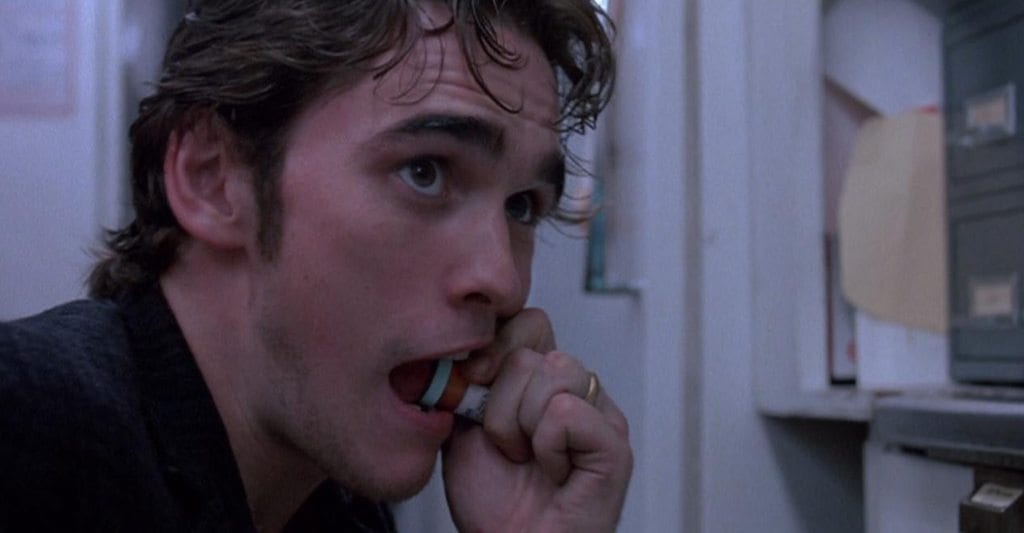 Similar criticism was faced by the Gus Van Sant’s Drugstore Cowboy (1989), about a crew of drug addicts supporting their habit by robbing hospitals & pharmacies. Meanwhile, 1998’s Gia details the harrowing true story of Gia Carangi – a top fashion model from the late 70s whose life was cut short due to her descent into heroin & crack addictions and eventual contraction of AIDS.

The ending is not happy, and yet numerous critics claimed the film’s opening scenes glorify the glamorous life of the model who invented “heroin chic”. While the aforementioned films have been accused of encouraging drug use, the fact is movies are not just made to inform – they’re made to entertain. And without showing the whole picture, movies such as Gia and Trainspotting would not even have an audience.

Speaking with Clash about the criticism Trainspotting received, McGregor said, “Yeah, there’s [sic] moments in the early scenes when they’re taking drugs and they look like they’re having the time of their lives, but that’s because it is the time of their lives . . . It’s an escape, and it’s an escape in their case because of poverty and hopelessness. So to not show that side of it, that moment of high they were trying to reach, that wouldn’t be the whole story.” 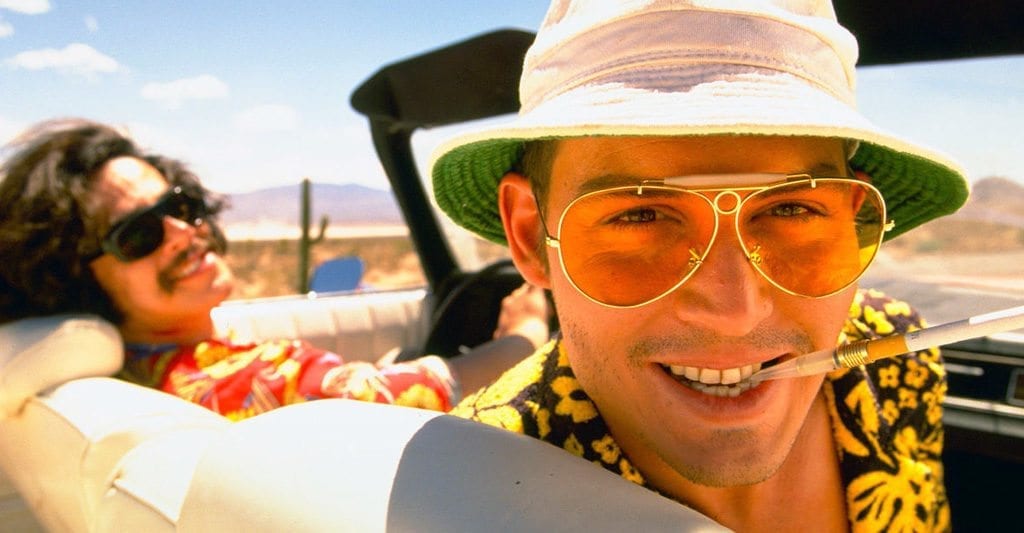 Moving past the 90s, tales of addiction were hyperbolized; for example, Darren Aronofsky’s 2000 film Requiem for a Dream – a look at four people whose lives are destroyed in different, but equally devastating ways by drug abuse.

However, as drug use became more widespread in pop culture, filmmakers started to focus on the spectacle of getting high. While not specifically relating to addiction per se, Terry Gilliam’s adaptation of Hunter S. Thompson’s Fear and Loathing in Las Vegas takes the viewer on a mind-bending, mescaline-fuelled journey into Bat Country, making the vices of booze and the odd spliff seem disappointingly subdued. 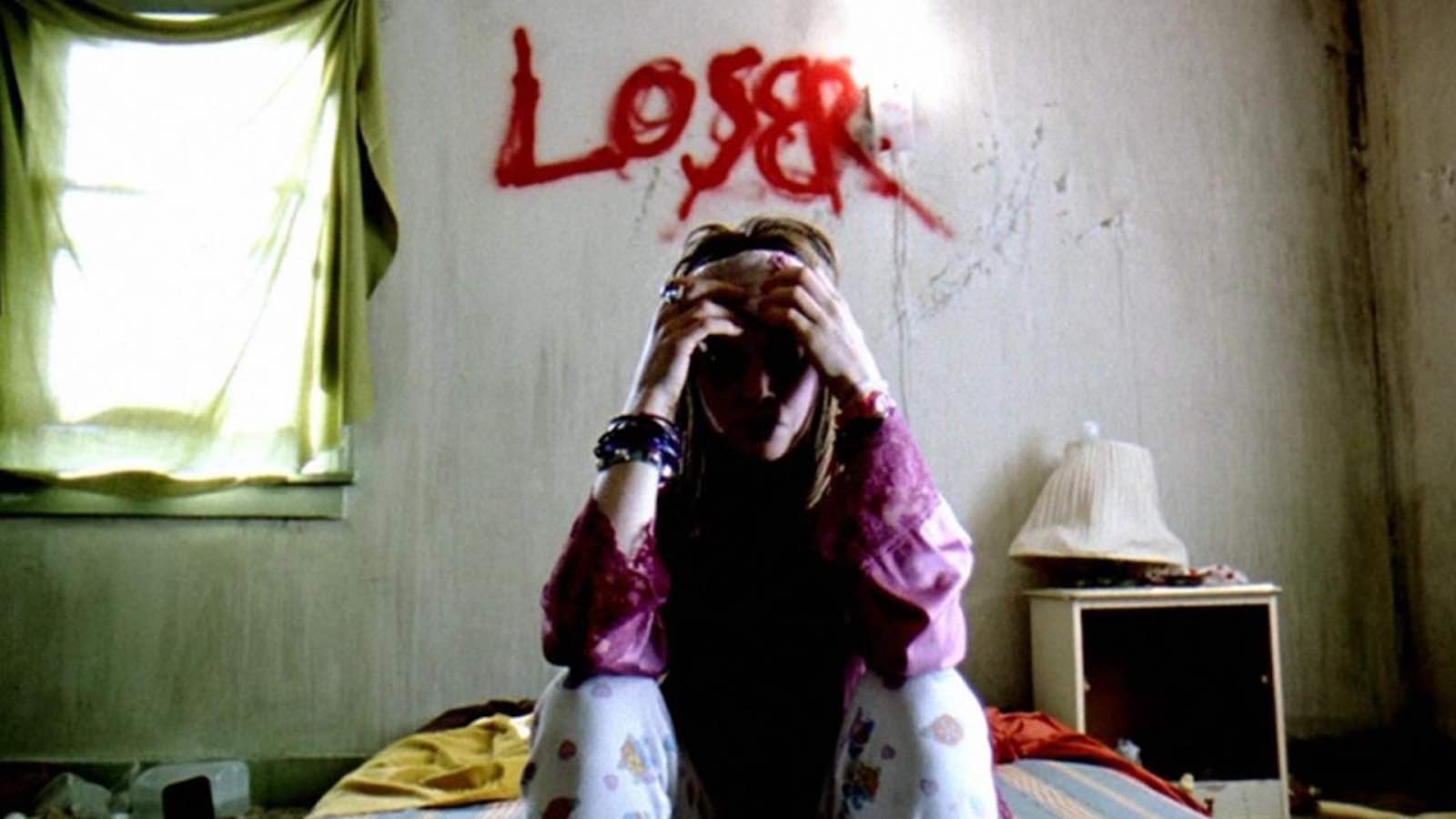 Elsewhere, Spun (2002) from director Jonas Åkerlund presented a gritty, filthy, and eye-popping look into the lives of a bunch of meth-head tweekers very busy doing nothing. It’s a colorful ride that’s so disorienting, it’s hard to tell whether the users’ escapades look fun or downright terrifying. Either way, it’s a far stretch from reality.

The question is where will Hollywood go with its depiction of drug use? We’ve had the “Just Say No” propaganda, we’ve had hyperbolized features on heroin epidemics, and we’ve had mind-bending journeys on amphetamines & psychedelics. What’s next? No doubt with the opioid epidemic sweeping across North America, it’s only a matter of time before the new synthetic drugs get their Hollywood story.