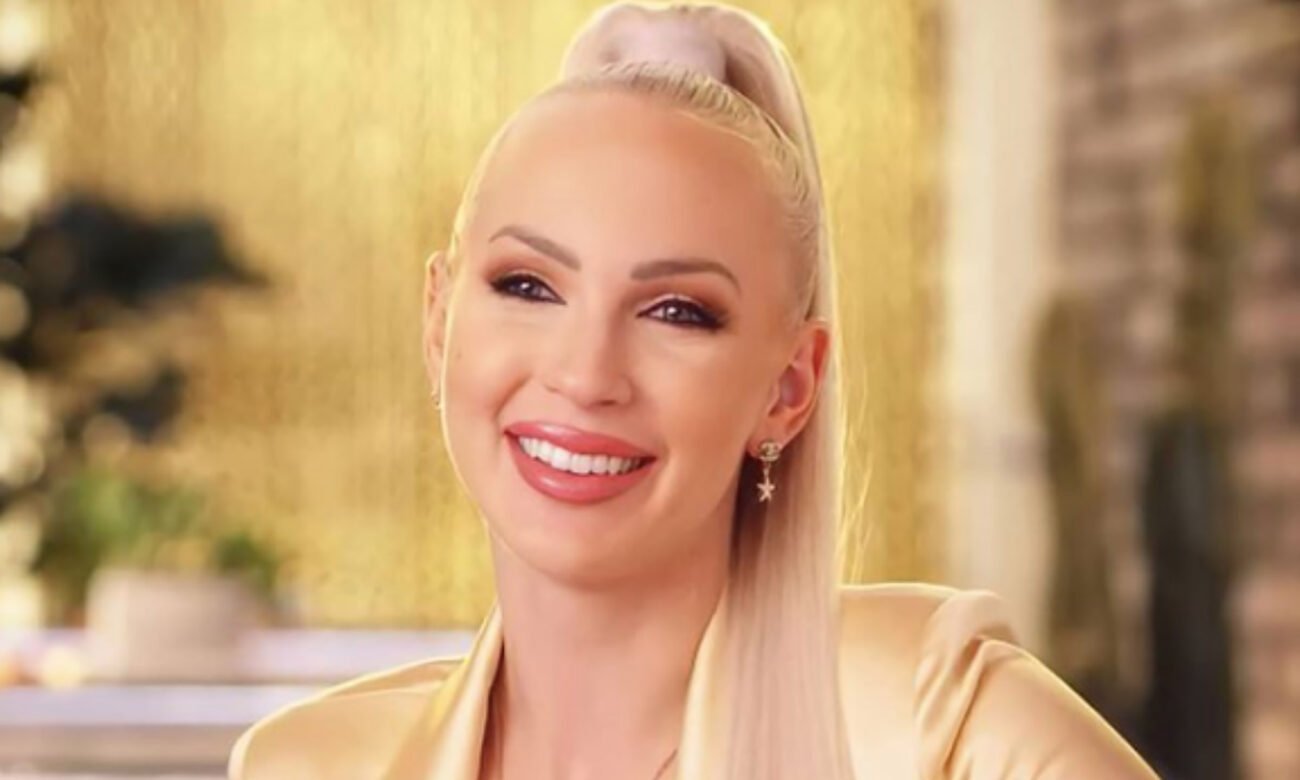 “We happily can share the news that we are going to be parents!”, exclaimed the 31-year-old Christine Quinn. “I’m a firm believer in manifesting my dreams and ‘til this day, have always done so. This beautiful pregnancy was manifested. We knew that we wanted to create a family in 2021 and I envisioned myself pregnant as I did my daily meditations.”

“We are so grateful to be expecting our first child,” Quinn added. “I’m so ready for what this next chapter holds and cannot wait to be a mom!” 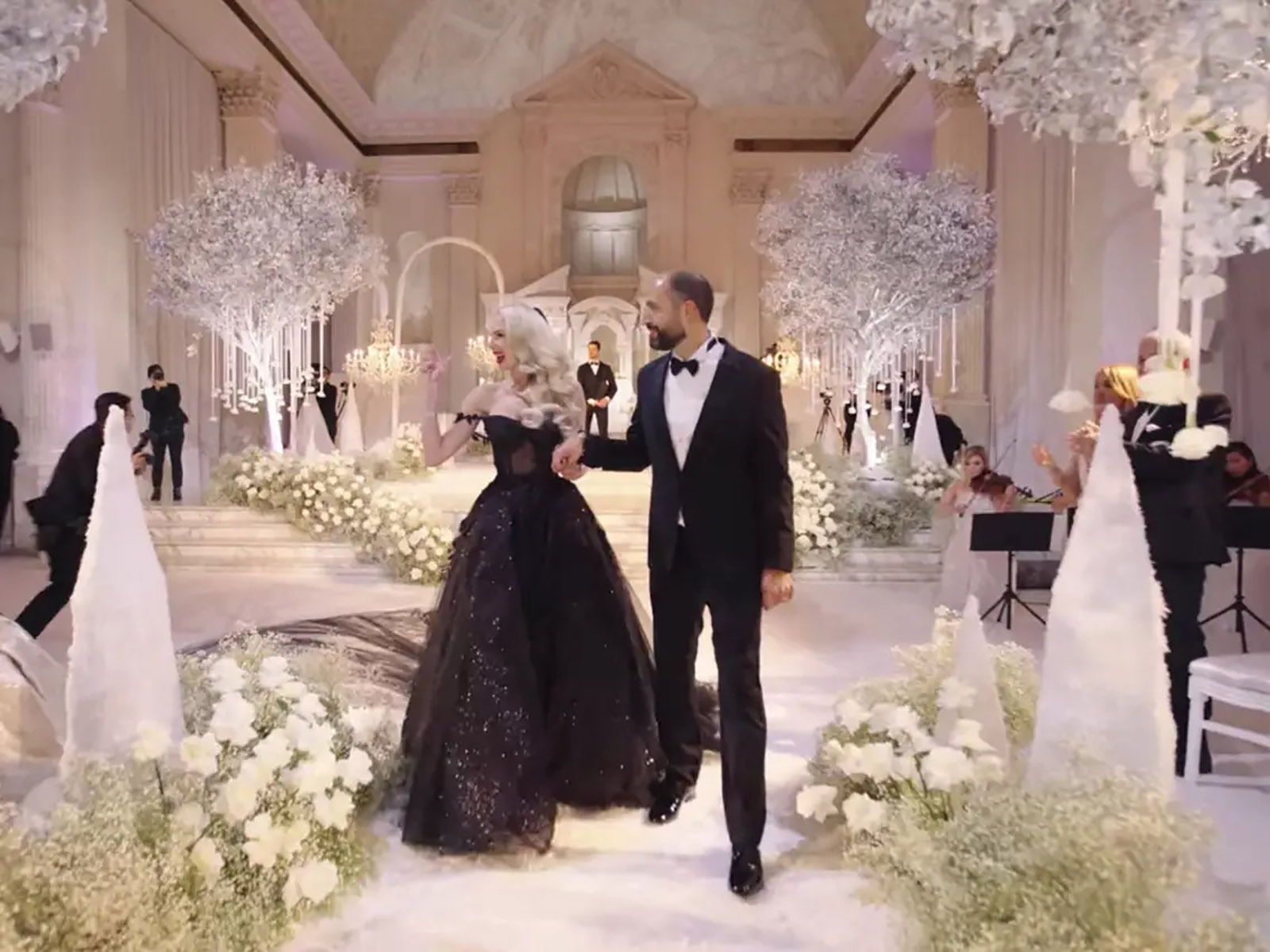 Christine Quinn tied the knot with her businessman husband (forty-one-year-old), in a gothic winter wonderland-themed ceremony held Dec. 15, 2019, in Los Angeles. Christine and Christian, a tech businessman, actually tied the knot in secret, and didn’t share photos from the nuptials until eight months later. “Don’t be a Queen waiting for a King,” Quinn, the then-new bride wrote on Instagram in August 2020. “Be a Queen busy with her kingdom until her King arrives.”

“I waited to share details from our special day until now,” Quinn said in summer 2020. “We wanted to get married in December to start off the New Year (as husband & wife). And a winter wonderland theme with a wicked twist is memorable forever.”

“We’re so similar in all the ways that matter,” Christine added about Richard, whom she met through a mutual friend. “We are both creative, driven, entrepreneurial and have always lived by our own rules.” 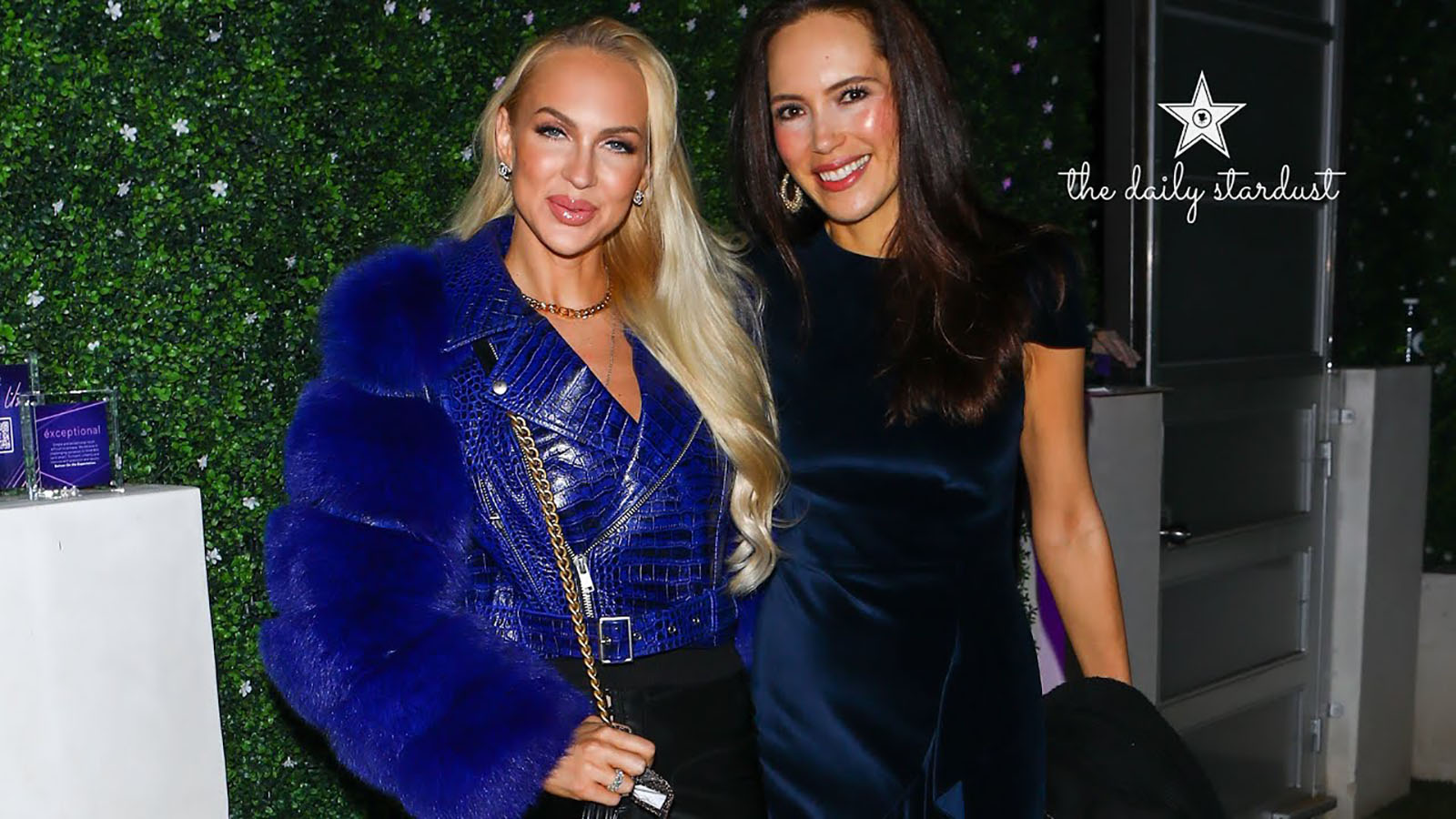 Quinn previously told the UK outlet Metro in August about her desire to become a mother – and her excitement for possibly having sons one day. “I absolutely love kids,” she said. “I want two, I would love two boys. I can’t even imagine trying to tame a little Christine! I always wanted two little boys just because I’m actually quite a tomboy myself. . . I love all the boys’ stuff, I always have.”

But in true Christine–like style, she only shared her news with one of her costars – Devina Potratz, despite all the other agents being invited to her wedding. The two became besties after Christine fell out with her former BFF Mary Fitzgerald over an argument with Chrishell Stause, who also works at the real estate brokerage. 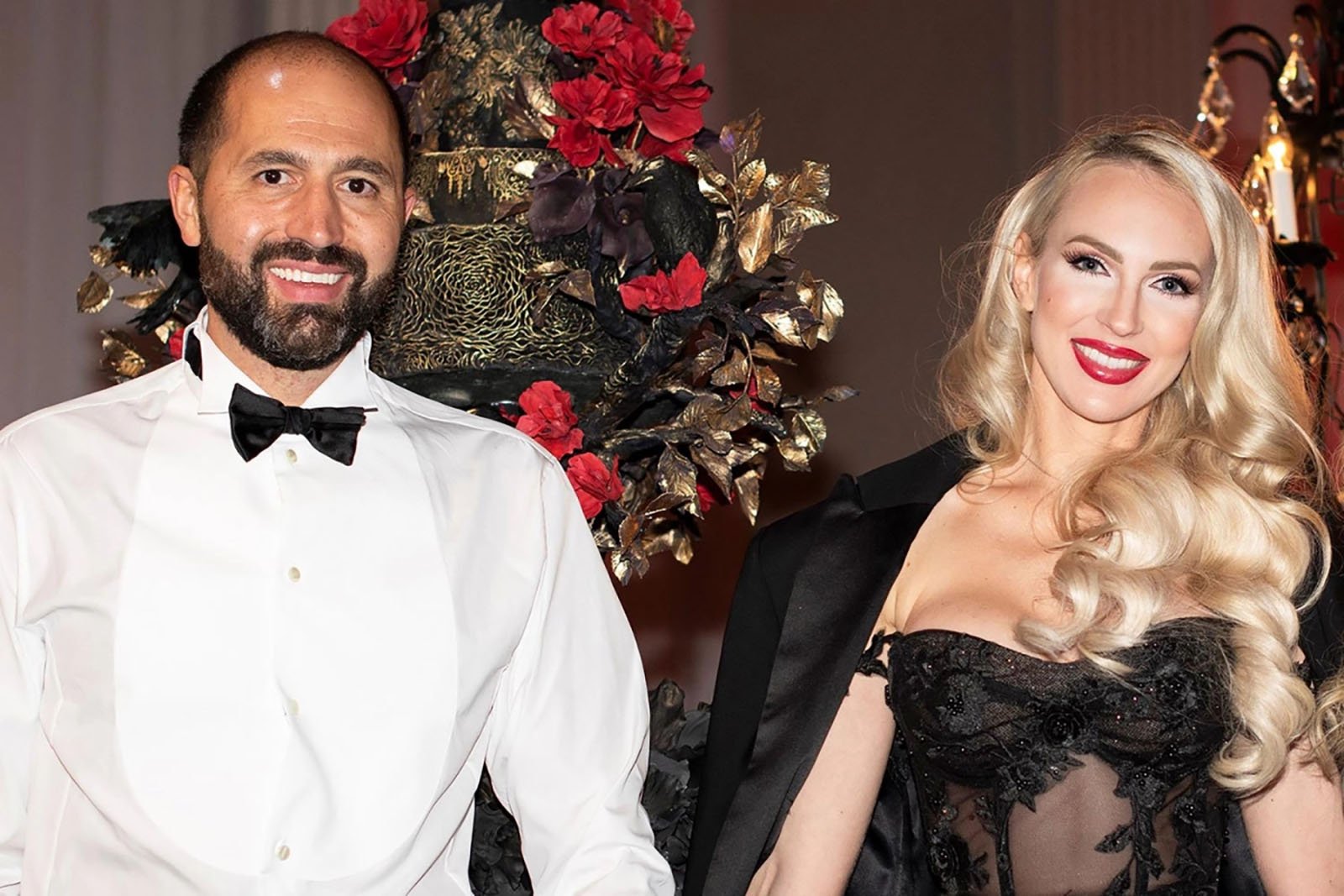 Just like another major milestone moment for Christine Quinn in 2019. She was jet-setting around the world with Christian, when he proposed on Valentine’s Day. However, Quinn didn’t share the news directly with Mary. The only agent who got the phone call? Davina Potratz.

Then in September 2019, Amanza Smith hosted a bachelorette party for Mary. All The Oppenheim Group ladies & gents helped her celebrate in style, or so they thought. Rumors soon ran wild about a separate, more exclusive bachelorette party that Davina & Christine weren’t invited to. Mary explained it was all a big misunderstanding, but that didn’t help Christine’s hurt feelings. 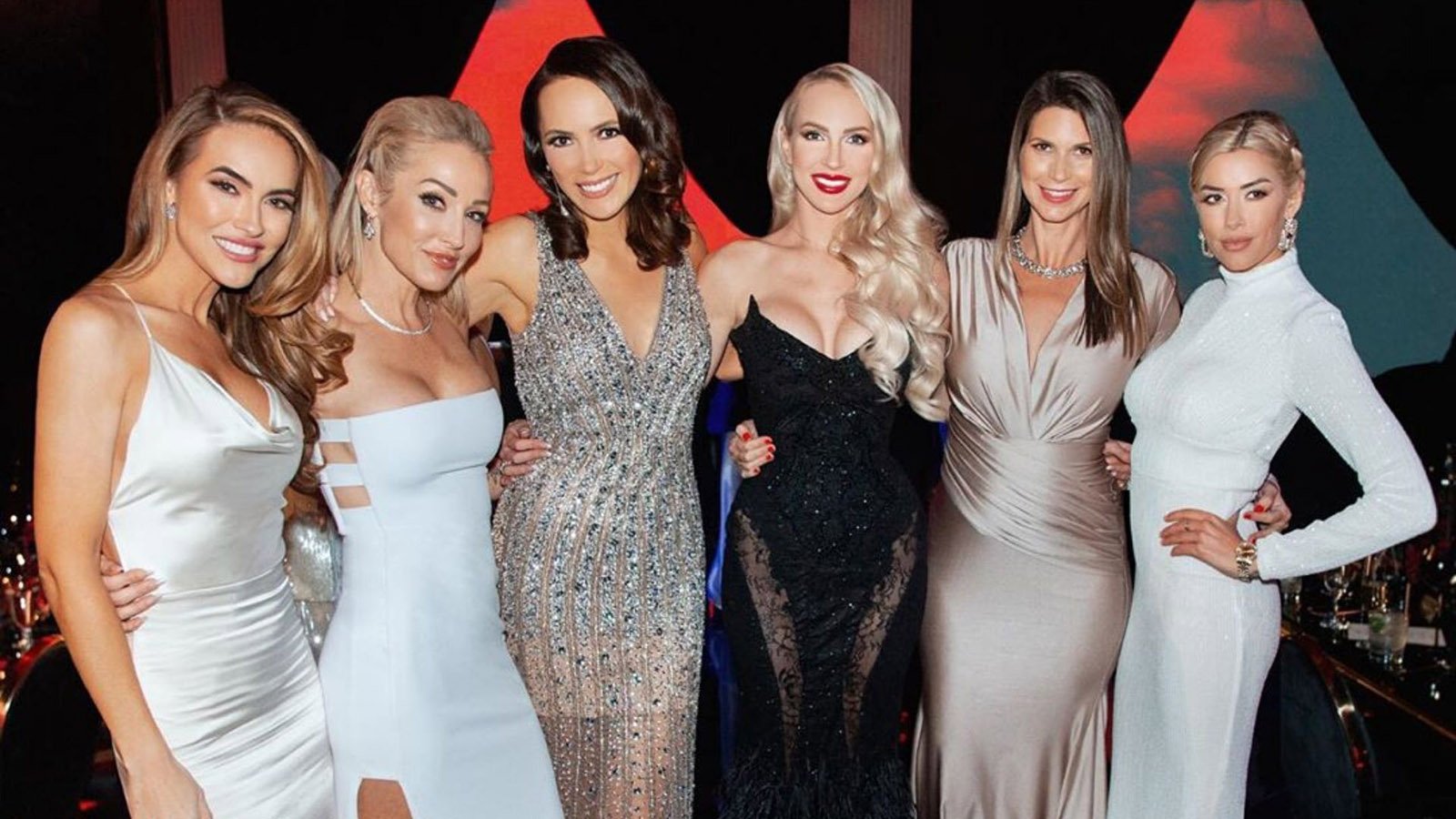 But the big news today is still the pregnancy. Quinn stated that her baby on the way is a “night owl, like me, and moves mainly around at night.” And her cravings thus far? “Fresh fruit, pizza with ranch (but not just any pizza — it must be Pizza Hut pizza!) and tons of Dr. Pepper,” the mom-to-be shared.

Quinn has not revealed the sex of her unborn baby. It’s unclear how far along Christine is in her first pregnancy, or when the couple’s little one is due to arrive. It’s unknown if she plans to share her pregnancy in Season 4 of Selling Sunset.

Do you think motherhood will mellow Christine’s cutting nature? Or will it be more of the same in Selling Sunset season 4? Let us know what you think in the comments.