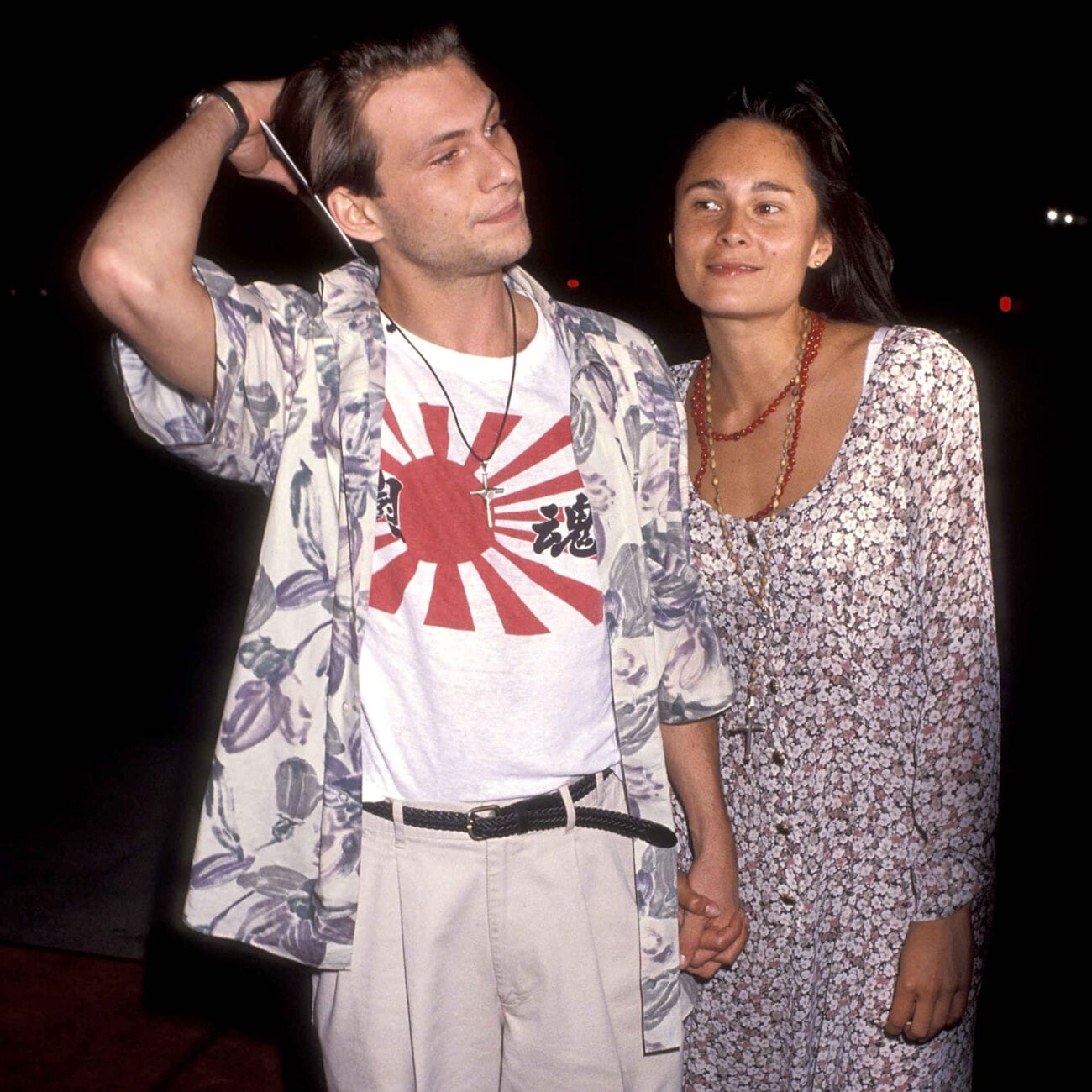 Do you still simp over young Christian Slater? Watch these movies

When it comes to 80s & 90s movies & TV shows, what actors’ names come to mind? If Christian Slater is on the list of names you thought of, you’ve come to the right place! Who can’t remember one of the most remarkable actors of that time, the face of a decade?

Young Christian Slater’s face was plastered on nearly every teenage girl’s wall in the 90s, and who can blame them? After all, the guy combined strong acting with stunning looks, catching everyone’s attention at the time. 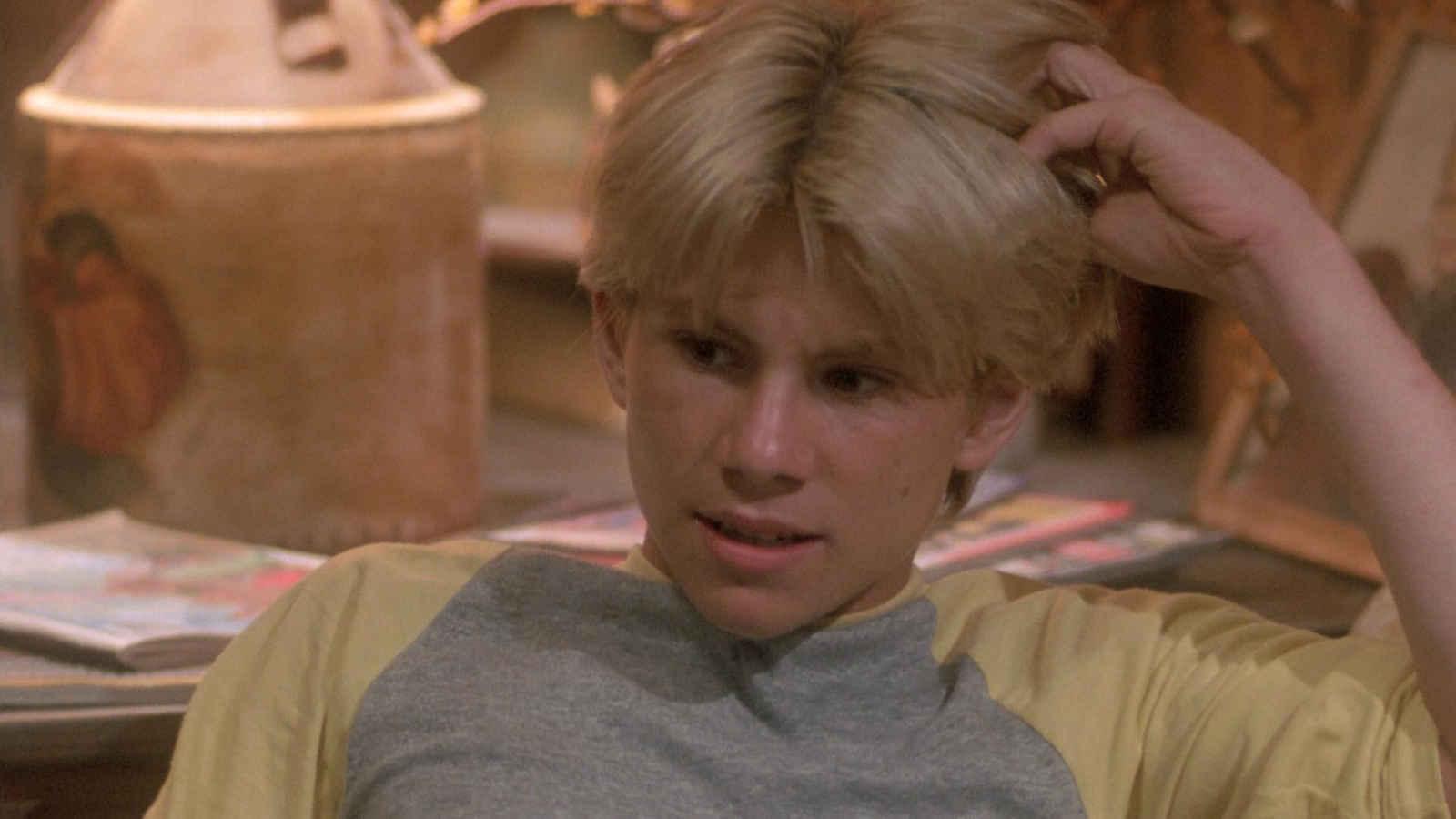 This teenage drama became Slater’s debut on the big screen. He also appeared with another Slater, Helen – despite having the same last name, these Slaters were only siblings in the film.

Christian Slater plays Binx Davy, the leading character’s brother. Like any good brother, Binx defends Billie from some rowdy people in the neighborhood who steal the siblings’ scooter. Billie & Binx recover the scooter, but it came damaged and in need of repair.

To make matters worse, while the Davy siblings are trying to scrounge up enough dough to repair their scooter, Billie Jean is almost raped by one of the scooter thieves’ dads. And that’s when things turn. She and Binx run away from the man, but the experience brings out Billie’s rebellious side. After adopting a tougher edge, Billie demands money and an apology from the boys – with young Chrisitan Slater as Binx by her side. 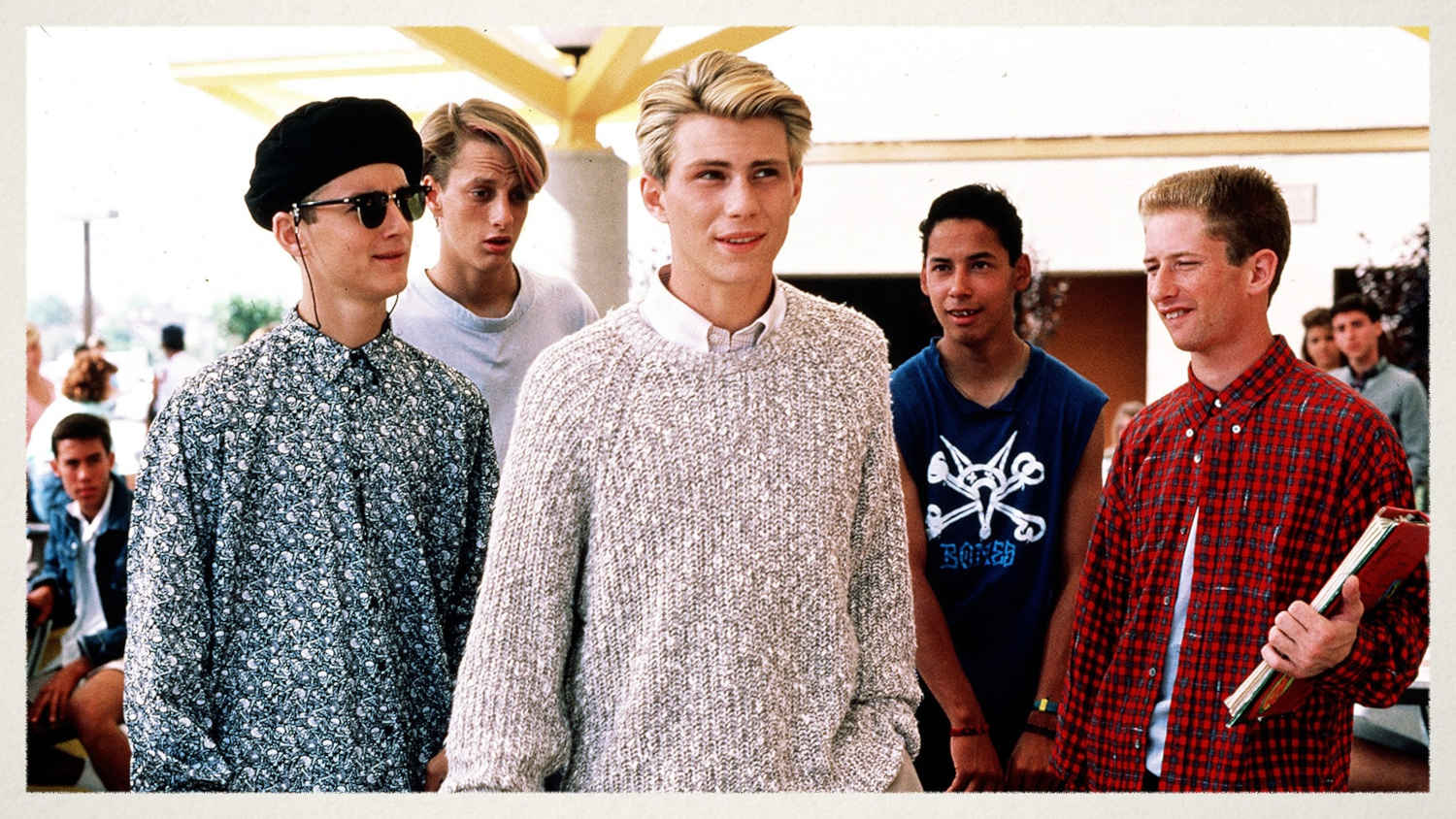 This movie definitely shows that the young Christian Slater could do really well in the role as an athlete.

In Gaming the Cube, Slater is Brian Kelly, a diehard troublemaking skateboarder who’s underachieving in high school. He has an adopted Vietnamese brother, Vinh, who works for a humanitarian organization. After detecting some inaccuracies in the books, Vinh gets fired and dies after going into the organization’s warehouse.

Kelly decides to investigate what led to his brother’s death. And he comes with bells & whistles, as he fights a mafia of Vietnamese men who are causing the problems. Since this movie features young Christian Slater fighting on the back of a skateboard, it’s definitely worth the watch. 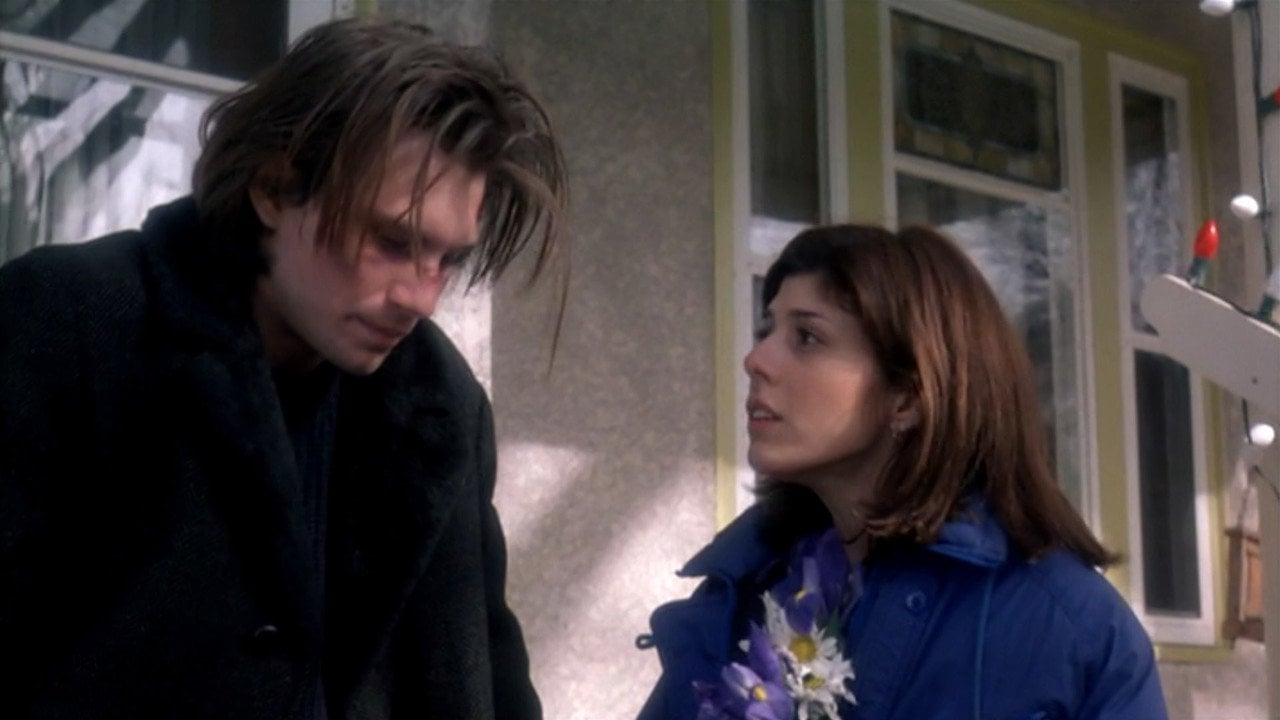 Here’s another movie that will make you simp over young Christian Slater big time. This 90s movie will surely lighten your heart and satisfy your cravings for a good love story.

It starts with Caroline, a waitress at a local diner, who breaks up with her current boyfriend and starts to have a crush on the busboy. Of course, young Chrisitan Slater plays the busboy Adam, who’s cute but quite shy & reserved. And despite the low profile attitude, Adam comes to the rescue, saving the girl from rapists.

Love comes around, and Adam & Caroline start getting serious  . . . until one of the rapists stabs Adam. Already devastated, Caroline gets even sadder when she learns Adam has a heart defect that could kill him without a transplant. Sadly, Adam’s heart stops due to the defect and he dies, leaving Caroline alone in the world.

Undoubtedly, Christian Slater was one of the most talented actors among the young stars of the mid-1980s to the mid-1990s. In his roles, Chrisitan Slater represented the dreams & challenges of a generation. Revisit his remarkable performances from when he was young by watching our picks above!

Which one of these Christian Slater movies do you like the most? Let us know in the comments. 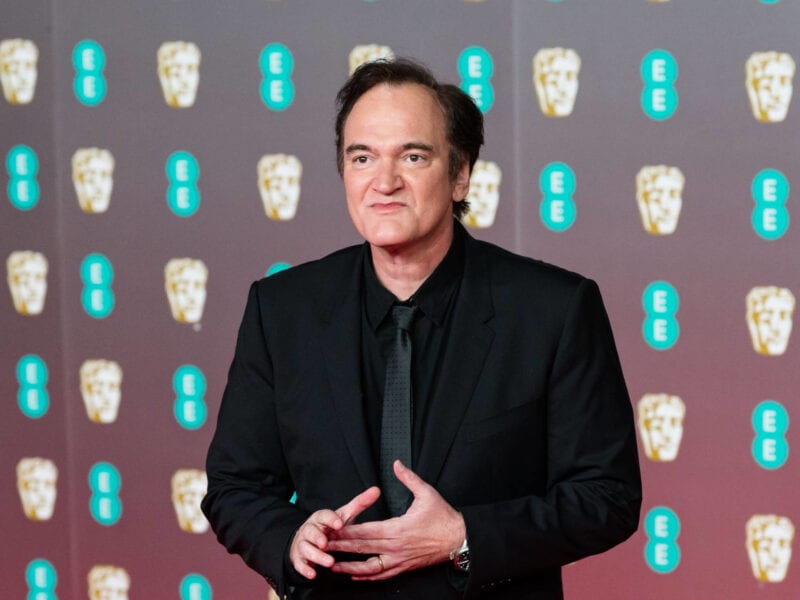 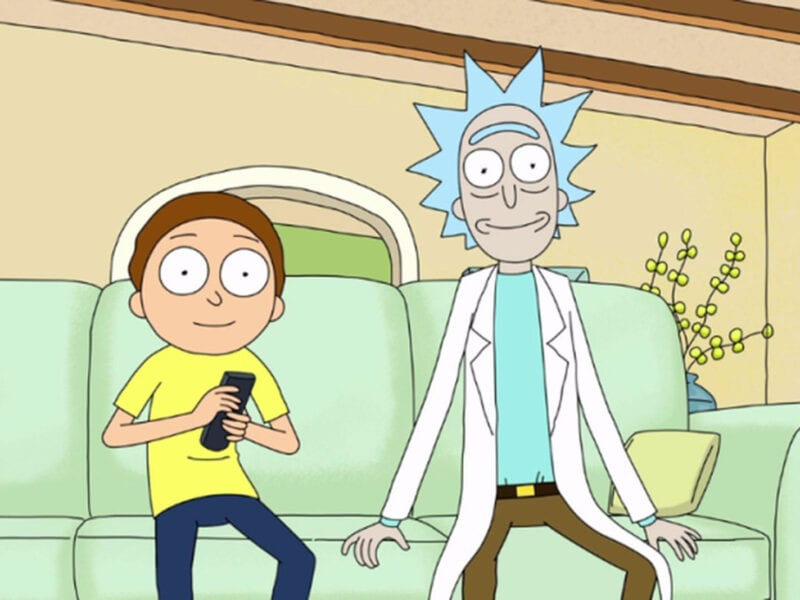 When can we expect more episodes of ‘Rick and Morty’? Meet the new cast