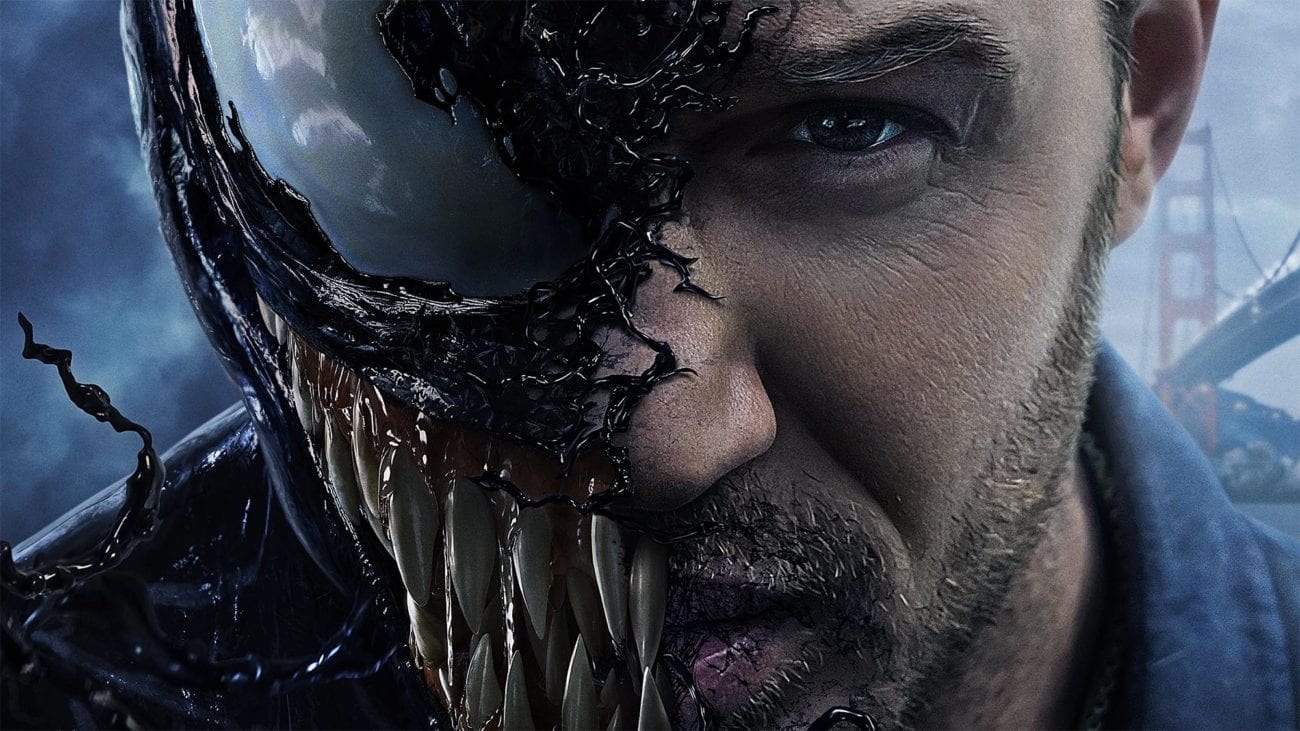 Fantastic Beasts: Blockbuster hits to look forward to this fall

We hate to break it to you, but the end of summer is nearing. No more heat waves, no more cookouts, and no more having to pretend like you love social events. As fall approaches and the weather starts to change, you can now dump that datebook in the trashcan and concentrate on what you love doing best: catching up on the best new content.

The streamers are already gearing up towards a huge content dump for this September, ready to give you the best bingewatch sessions of the entire year. But as fall approaches, there’s also plenty of hot new movies hitting the theaters over the next few months.

From terrifying horrors, to superhero hits, to female-led heists, here are the top ten films hitting the cinema this fall that will be best enjoyed alone, with an XXL popcorn, and a family bag of candy.

We love a good James Wan horror and while the Annabelle films were somewhat lackluster, we have high hopes for The Nun spinoff – the fifth instalment of The Conjuring series. Playing off some gothic supernatural vibes, the story follows an established priest and a novice nun who are sent by the Vatican to investigate the death of a young worshiper in Romania and confront a malevolent force in the form of a demonic nun.

The recent trailer was so terrifying, YouTube had to take it down (you have been warned). And if the film evokes a similar reaction in the theaters, we could have a solid new contribution to the mainstream horror collection.

It’s 2018, which means the mention of blockbusters is always going to include a slew of reboots of our childhood faves. This year we’re returning to the 80s sci-fi classic Predator with director Shane Black at the helm and Sterling K. Brown, Keegan-Michael Key, and Olivia Munn battling the dreadlocked, extraterrestrial trophy hunter.

Joaquin Phoenix, John C. Reilly, Jake Gyllenhaal, and Riz Ahmed? All on a misadventure through the Old West? Based on the novel by Patrick deWitt? With director Jacques Audiard at the helm? Count us in – we’re all for this upcoming Western that looks set to be a rootin’ tootin’ good time.

A Star is Born

This is the third remake of the original 1937 film of the same name, having been adapted for a 1954 musical starring Judy Garland and James Mason and as the subsequent 1976 rock musical with Barbra Streisand and Kris Kristofferson. This time it’s Bradley Cooper’s turn, for whom it’s also his directorial debut.

Cooper stars in the lead role too as a movie celeb who helps a young singer and actress (Lady Gaga) find fame, even as age and alcoholism send his own career into a downward spiral. We’re looking forward to seeing where Cooper’s direction will take the modern update on this classic tale – he’s already shown dedication to the role, having taken to the stage with Gaga at Glastonbury 2017 and Coachella to film live performance scenes for the film.

Ya boy Tom Hardy is here as the fanged symbiote with the ridiculously long tongue who for some reason has people all hot under the collar. With a cast boasting Michelle Williams, Riz Ahmed, Jenny Slate, and Woody Harrelson, and Hardy as the superhuman antihero in this Spider Man spinoff, Venom is worth a watch by fans of the Marvel canon when it rolls around this October.

Neil Armstrong taking giant leaps and all that is a story that’s been told a thousand times over, which is why it’s surprising to see it receiving yet another retelling in 2018. However, we have faith director Damien Chazelle of La La Land and Whiplash fame will give this biopic some of that Hollywood pizazz.

With Ryan Gosling starring as the first man himself and its world premiere set for Venice Film Festival, we can’t help but wonder if this is some sort of experiment in Oscar-baiting – but we’ll save our judgements for when it premieres this October.

“Eleventh time lucky,” said no one ever. Nonetheless, #11 in the Halloween canon is on the horizon and quite frankly it sounds like a solid contribution to the long-running horror franchise. Returning to the former glory of the first two films, Jamie Lee Curtis will reprise her role as Laurie Strode.

The narrative sees Laurie in her final showdown with the masked Mike Myers, who first haunted her nearly four decades ago, and follows a true crime investigation team making a documentary about the initial murders.

Not Nathan Fillion as a tight-panted space cowboy, but Matthew McConaughey as a fishing boat captain whose past comes back to haunt him when his ex-wife (Anne Hathaway) tracks him down with a desperate plea for help to murder her violent second husband. With this request, his quiet life is thrown into disarray and he enters a reality that may not be all that it seems.

With two champion Hollywood heavyweights front and center and Oscar nominee Steven Knight at the helm, Serenity looks set to be an original, stylized thriller with some serious lashings of sexiness.

The latest production from J.J. Abrams’s Bad Robot is a WW2-set action horror starring Wyatt Russell, Bokeem Woodbine, and Pilou Asbæk as American soldiers battling Nazis behind enemy lines following a plane crash on the event of D-Day. However, after reaching their target, the paratroopers come to realize that besides fighting off Nazi soldiers, they must also combat against horrifying, bloody, and violent creatures that are a result of a secret Nazi experiment.

It’s violent, bloody, and filled with explosions and Nazi monsters getting slayed. In other words, Overlord is escapist fun that’ll serve as an entertaining distraction from the seriousness of life.

Fantastic Beasts: The Crimes of Grindelwald

The second instalment of the Fantastic Beasts series set in J.K. Rowling’s Wizarding World looks a lot darker than the last. The storyline follows magizoologist Newt Scamander as he joins forces with young Albus Dumbledore to prevent the devious Gellert Grindelwald from raising pure-blood wizards to rule over all non-magical beings.

If that means anything to you then be sure to get yourself down to a theater when this film hits in November.

Oscar-winning director Steve McQueen is back with this female-led heist film about four women who join forces when their conmen husbands leave behind a criminal debt after being killed during an attempted robbery gone wrong.

The smash-hit boxing movie from 2015 is back for round two with its main man Michael B. Jordan reprising his role as Adonis Creed. This time Creed will enter the ring to fight Viktor Drago, the son of Dolph Lundgren‘s Ivan Drago, who killed his father Apollo Creed in Rocky IV. Place your bets, people – the fight of the century’s about to go down.