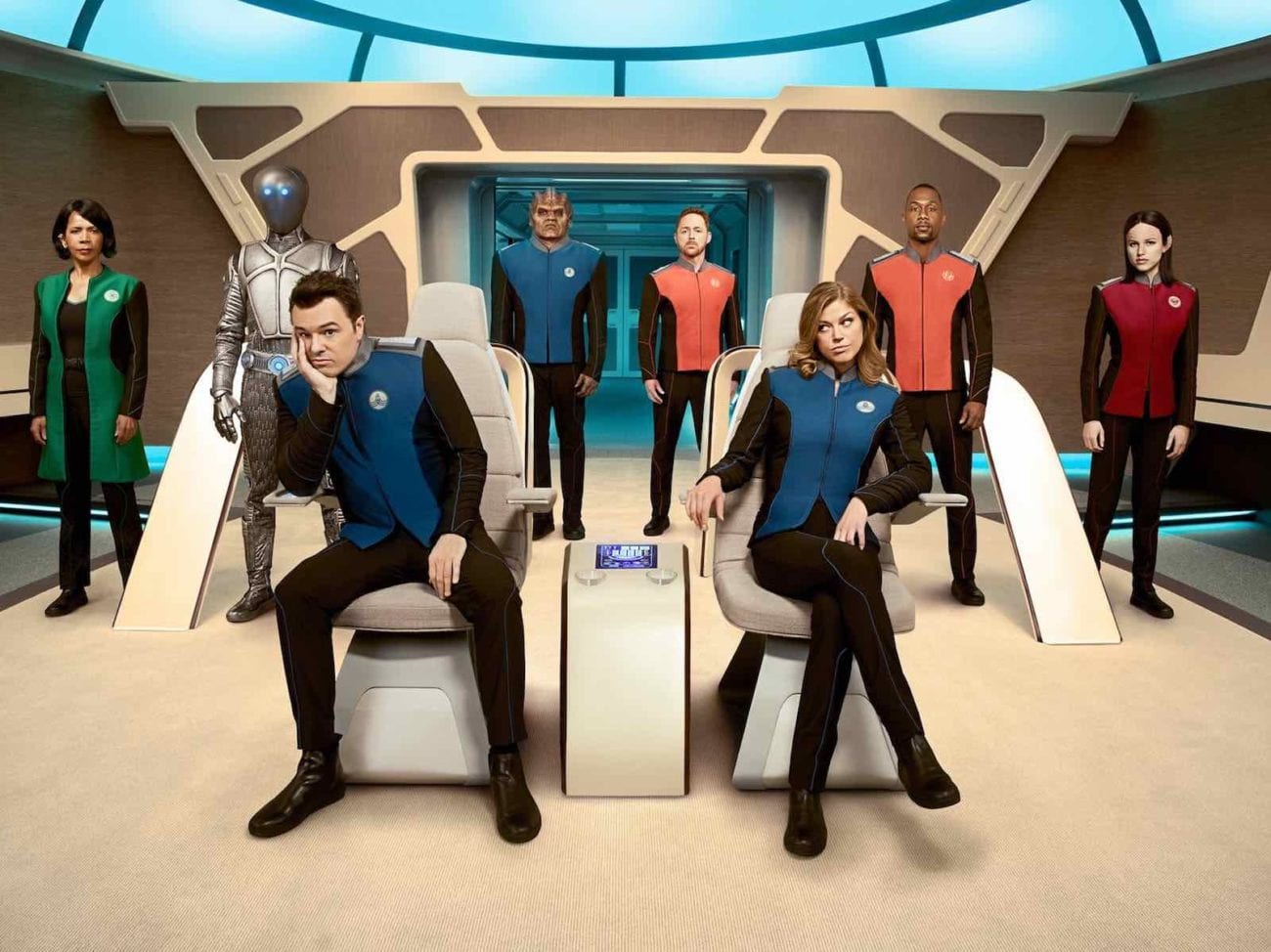 The time has come! Our first annual Bingewatch Awards goes all this month and we’re shining a light on our nominees to show why they deserve your votes.

We’re delighted that the Seth MacFarlane-helmed (and glorified Star Trek fan fiction) sci-fi series The Orville is renewed and will be returning for S3 on Hulu.

What began as a Star Trek homage with some jokes became much more confident in S2. The Orville saw better storytelling, funnier jokes, and fandom support. Here’s why you’ll want to cast your vote in the Bingewatch Awards for The Orville. 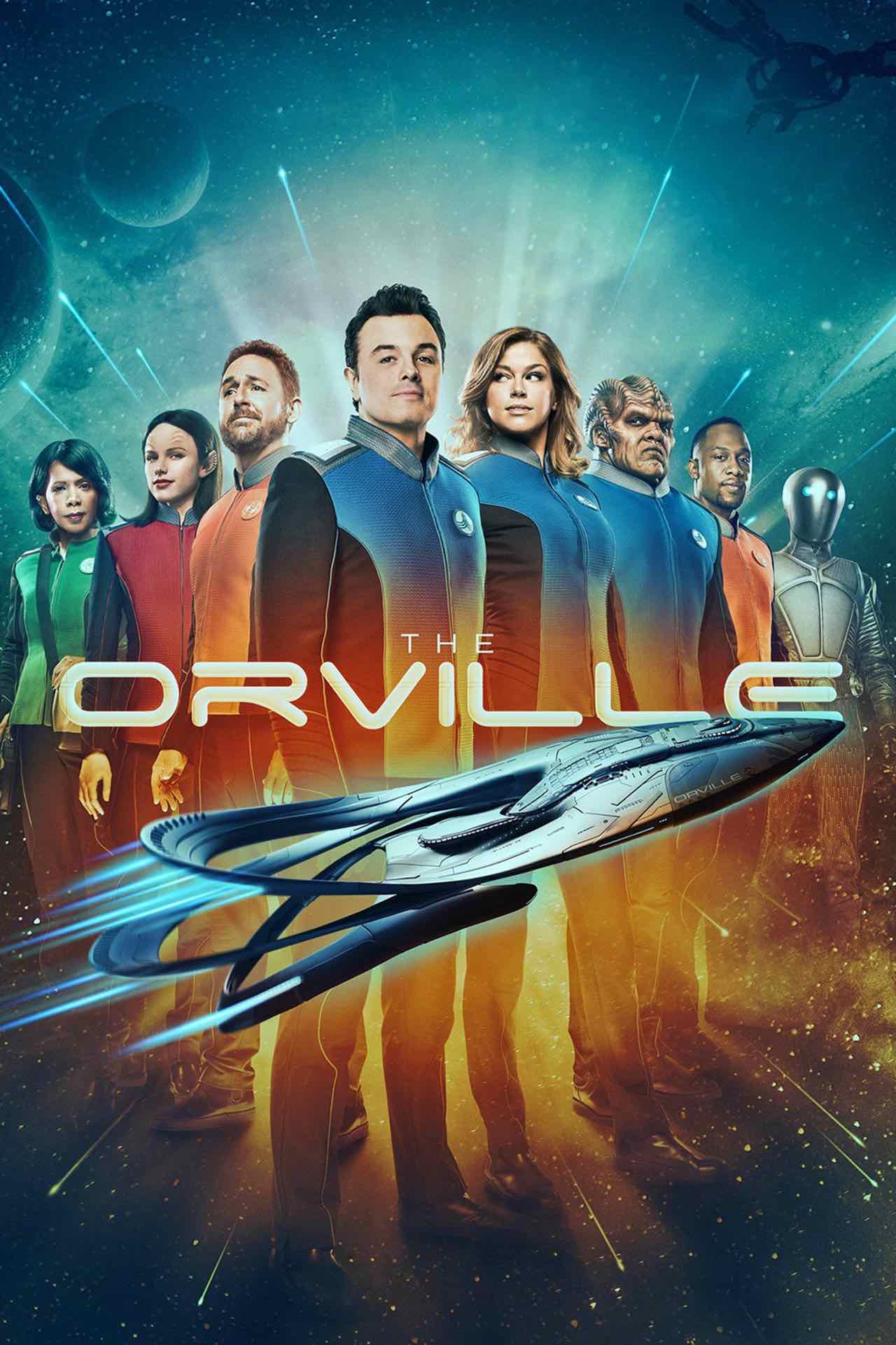 Its opening credits are a thing of wonder 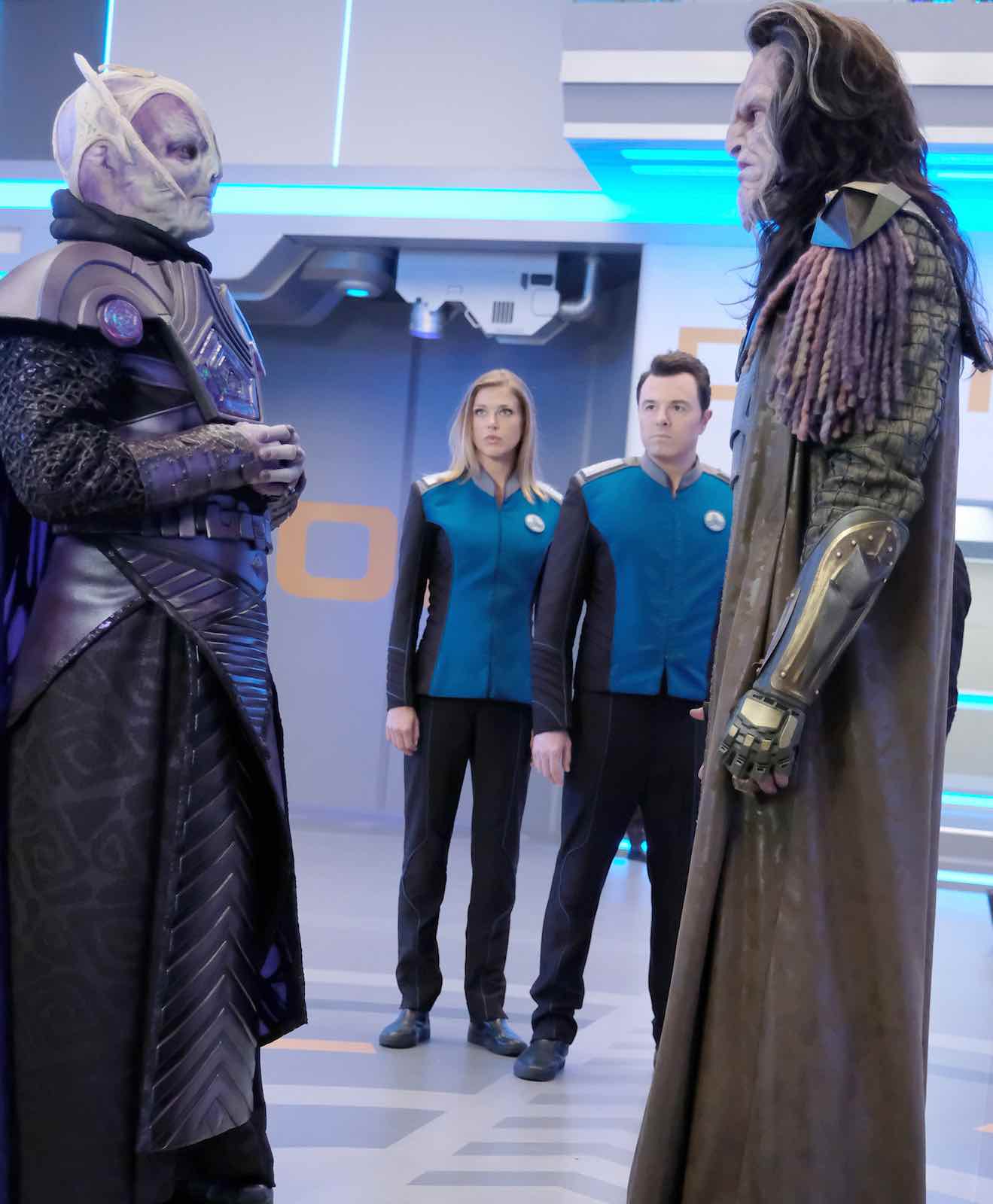 Seth MacFarlane has done a great job of creating a show that is a loving homage to the glory days of TV and film. Veteran film composer John Debney’s score is the perfect signifier of this level of attention to detail. Thank you, Seth MacFarlane, for keeping studio musicians and composers in work for a couple of years. It’s so refreshing to hear well-crafted music played by musicians, rather than by machines. 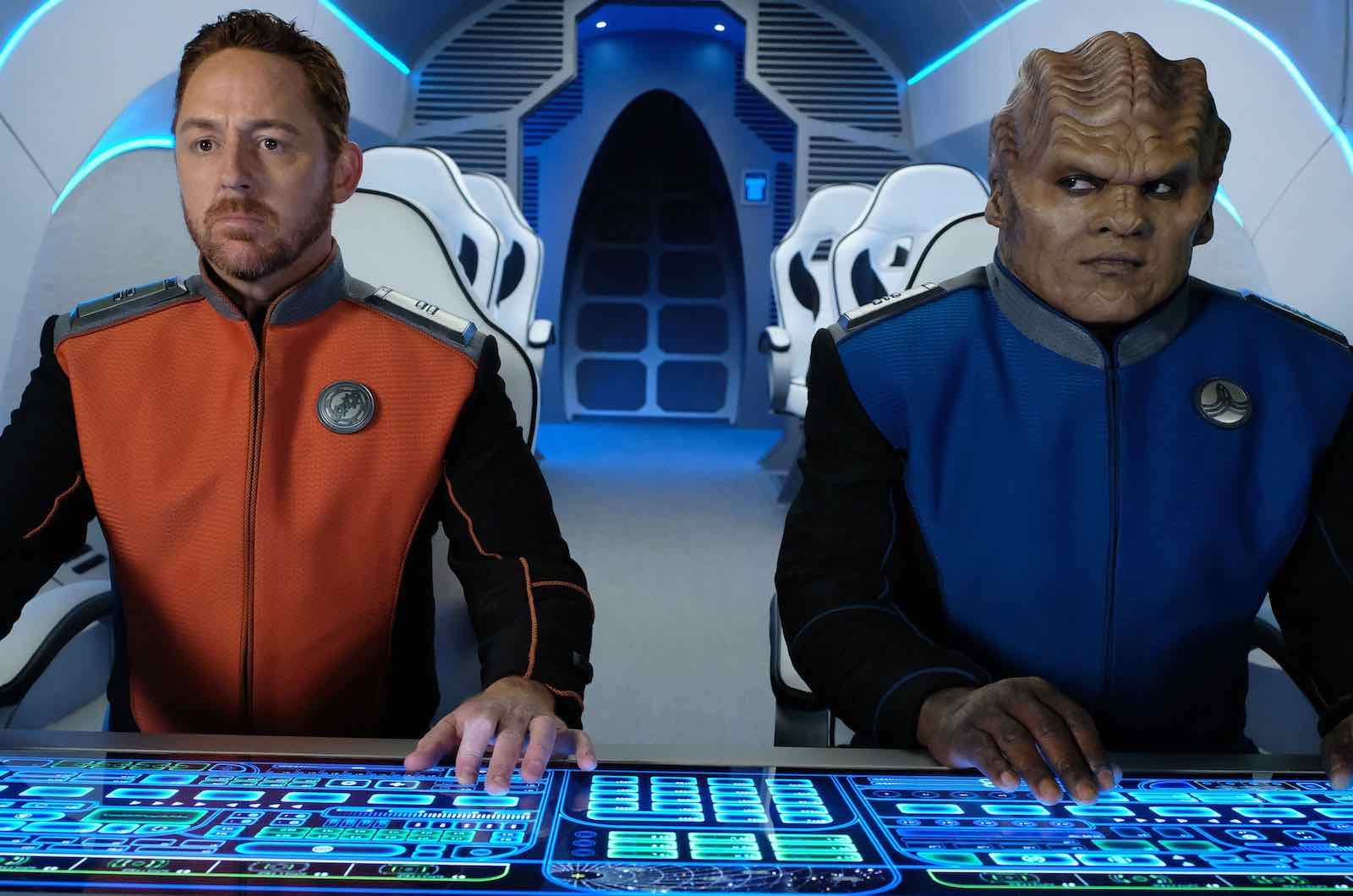 It’s great to have a show on air that you can watch with the whole family. While The Orville’s jokes can veer into the tasteless at times, the scripts are certainly more youth-friendly and there’s minimal blood and gore to disturb viewers. 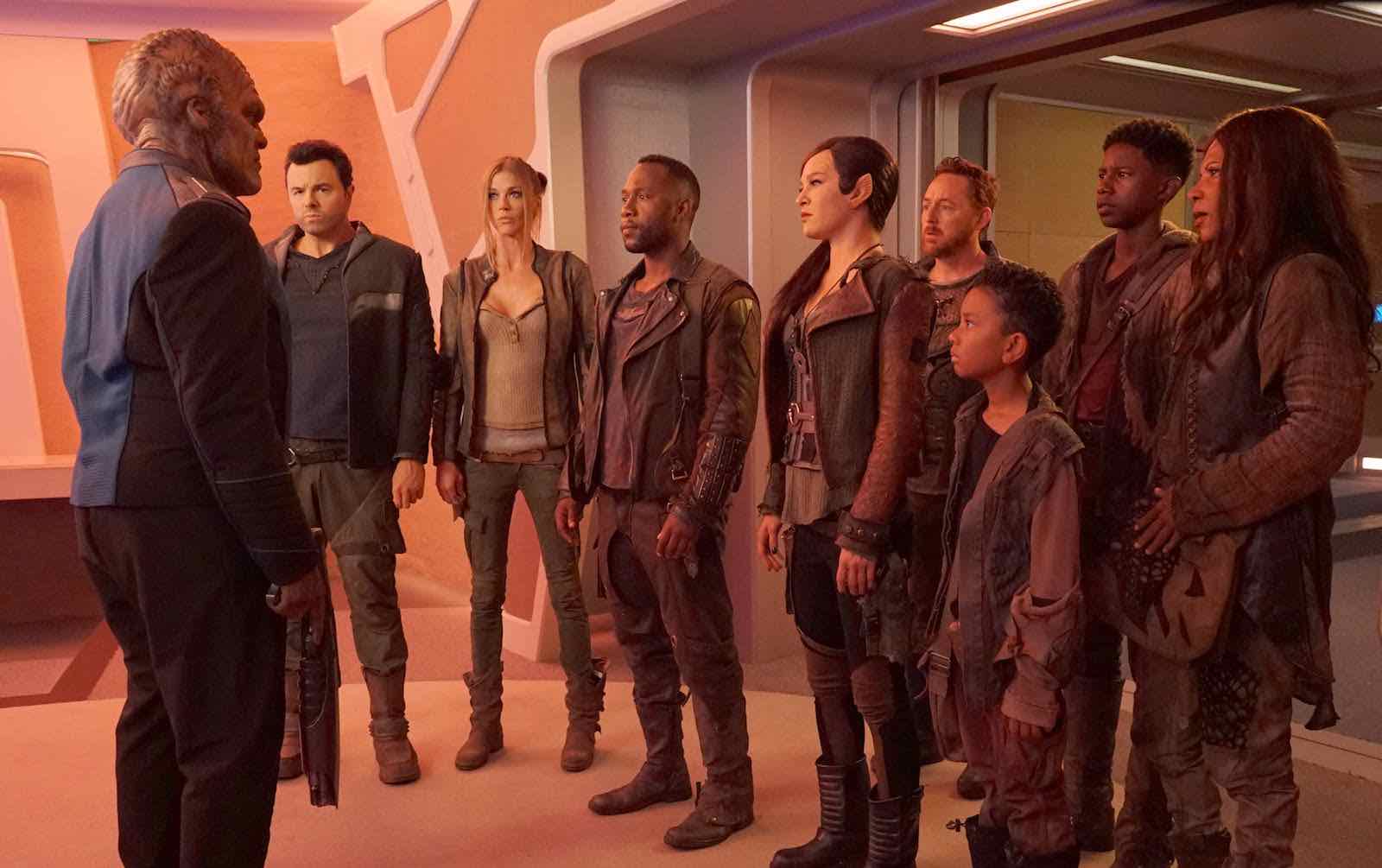 The Orville is on a quest to “boldly go where no one has gone before”. The show expertly quenches our thirst for space exploration through its story-of-the-week format, and we love it for that. 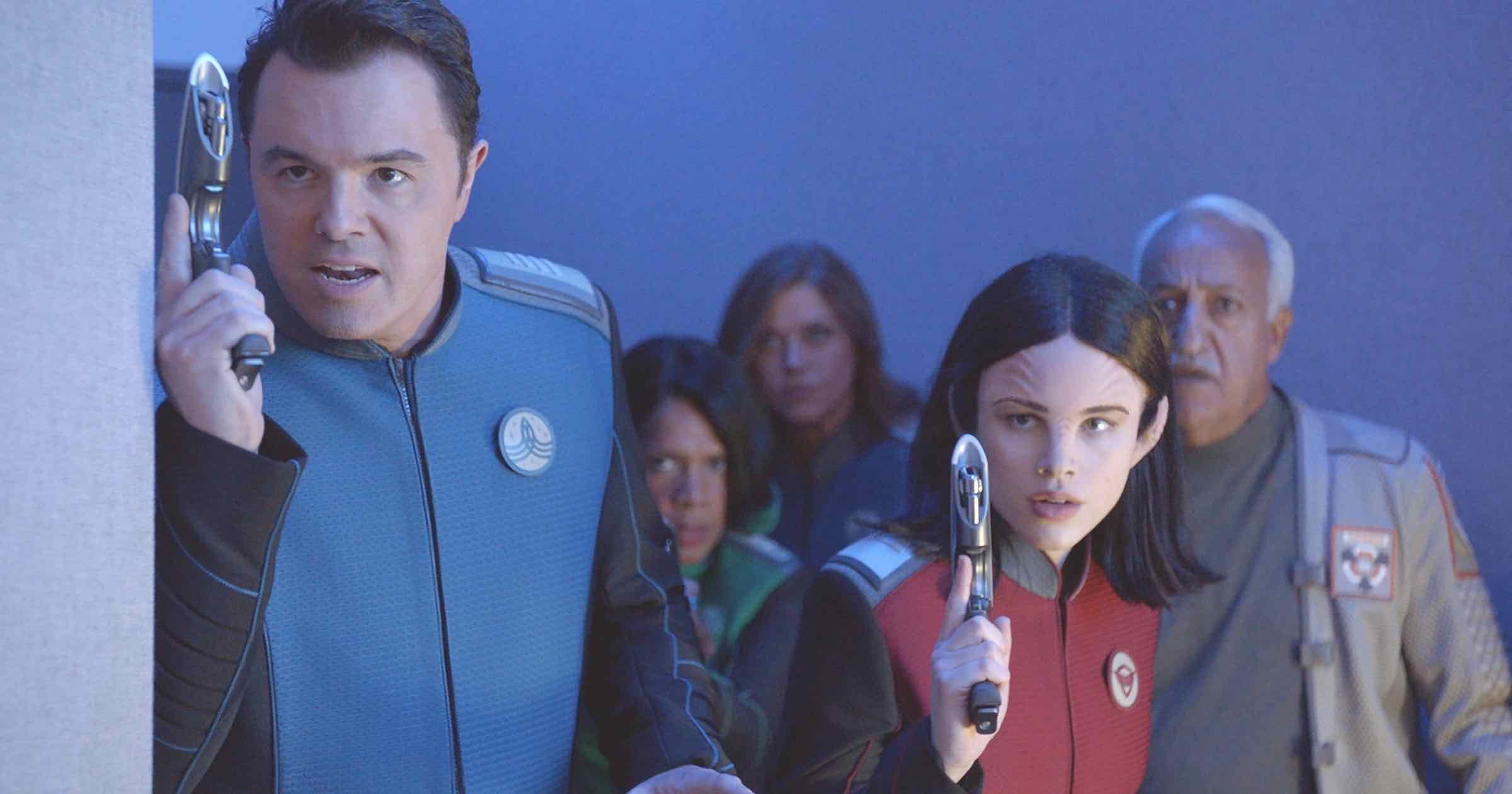 Some of the best sequences in all The Orville are when the bridge crew comes together to fight foes, come up with a plan, or just have a drink together.

The Orville has fleshed out its bridge crew with familiar types. Week in and week out, we see them working together to follow their missions, building camaraderie throughout. The crew treats their captain and senior officers with respect, and they trust each other with their lives. 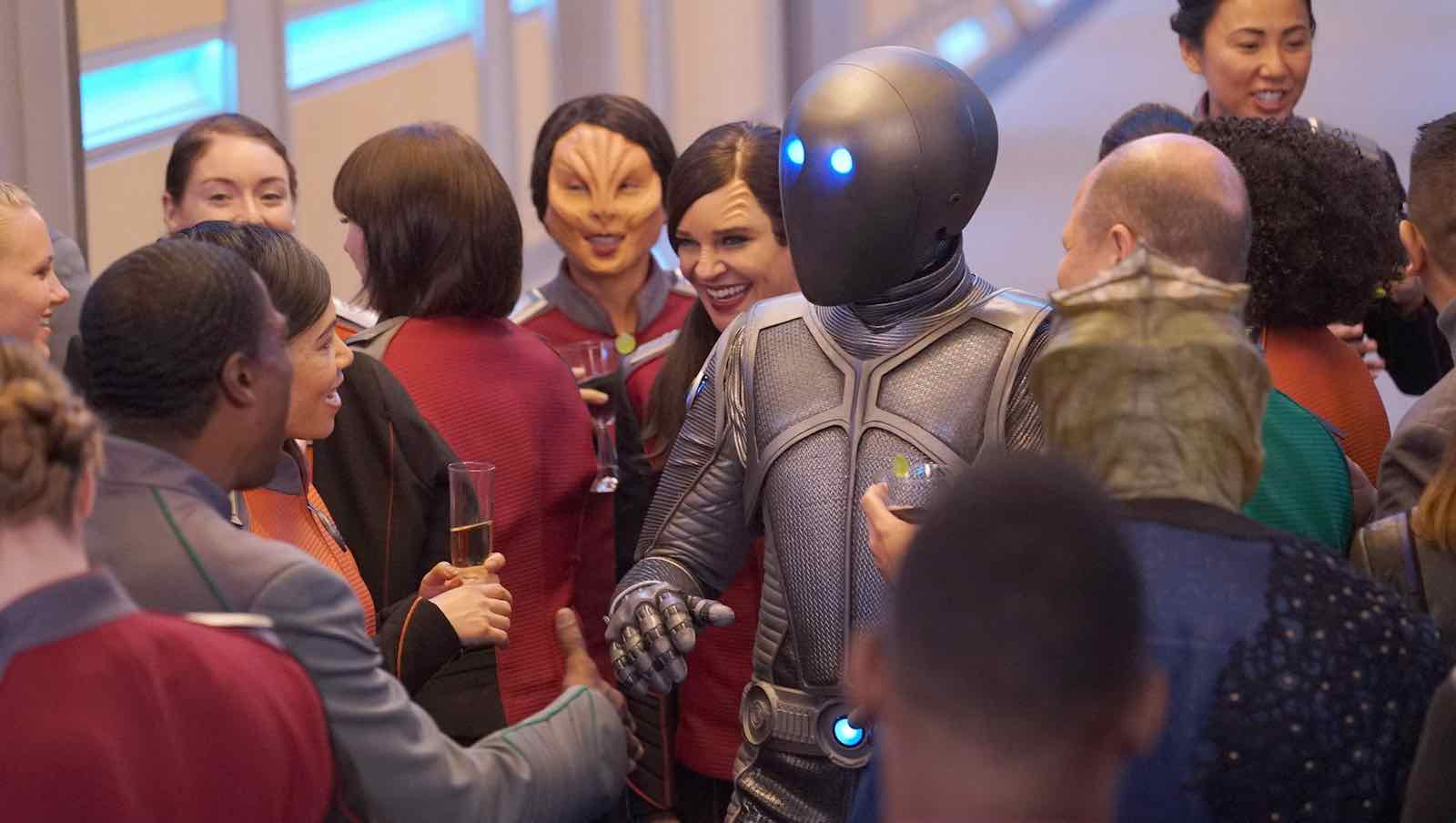 For a comedy writer like Seth MacFarlane, humor is the throughline keeping his shows together. The jokes in The Orville have gotten better as the seasons have progressed, relying less on the fratboy humor of Family Guy and moving closer to occasional comedy genius.

Head over to Hulu and stream The Orville now.