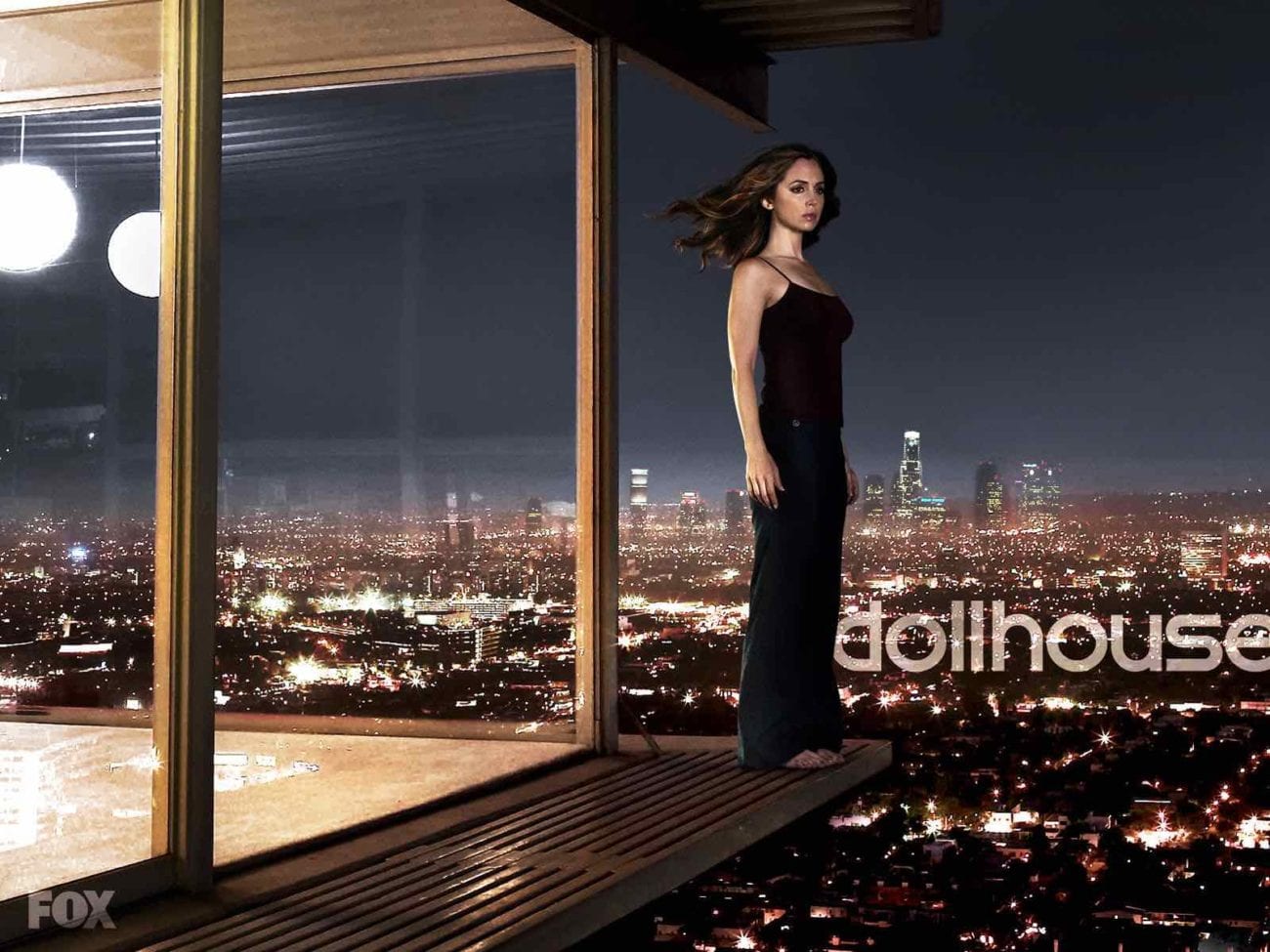 Tying Joss Whedon’s name to a project should make for guaranteed victory. With Buffy the Vampire Slayer and Angel under his belt – and the short-lived Firefly gaining such a large following post airing, any project should be promoted like it’s straight gold. Yet Fox gave Dollhouse the forgotten stepchild treatment with a bad airtime and no advertising, setting the show up to fail.

Dollhouse is probably the least discussed out of the sci-fi shows Whedon is responsible for, which is unfair because it has the same signature touches of all his other great shows. It’s another series that takes a look at an underground operation going on in our time, where “Dollhouses” allow anyone to rent a human being who can be programmed for whatever job you want him or her for.

The main character, Echo (Eliza Dushku) is an “Active”, who slowly regains her old memories as she becomes self-aware and attempts to break free of the Dollhouse. Through her, Dollhouse explores human autonomy and the power of the individual, as Echo tries to take down the mass network that created the Dollhouses. 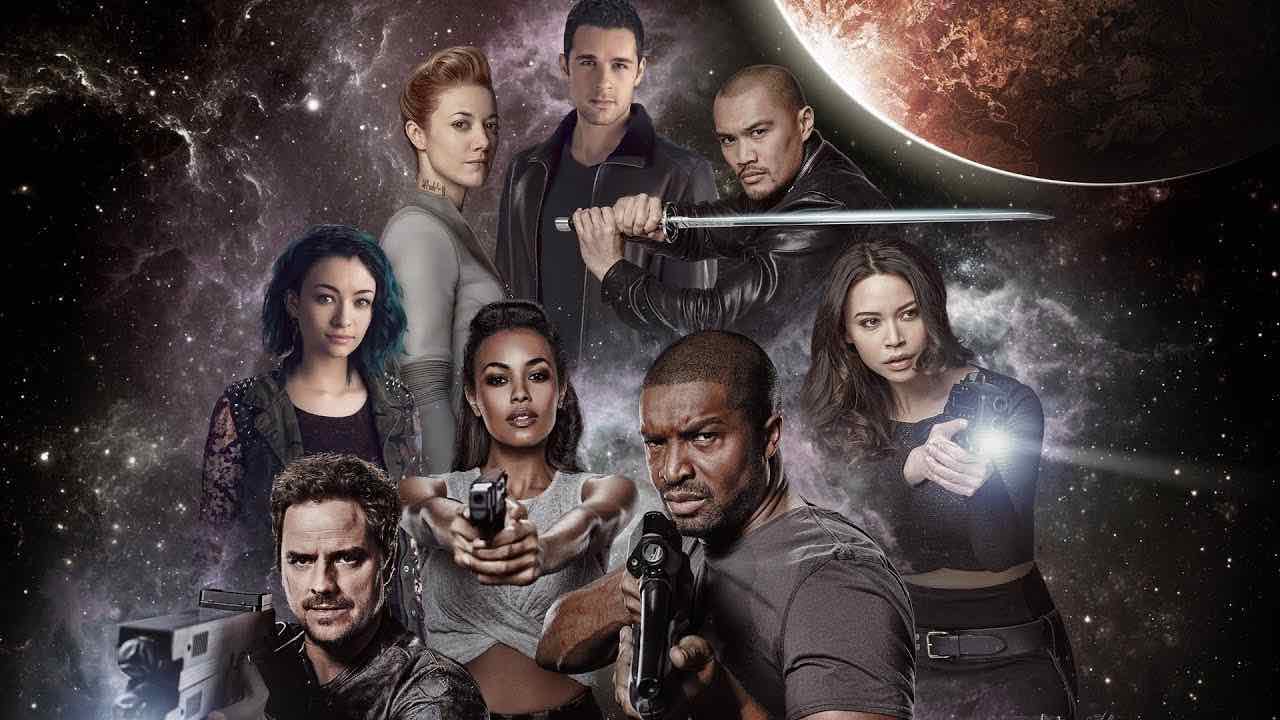 In the conversation of cancelled sci-fi TV shows, Dollhouse quite often gets left behind. Even with an outstanding cast, amazing showrunner, and bizarre yet entertaining concept, few people care about Dollhouse – a real shame. The show may have a rocky start, but by the end it soars high.

We want to give Dollhouse the honor it deserves, and we know the fans want to do the same. That’s why Dollhouse is up for the Best Cancelled Sci-Fi/Fantasy TV Show in our Bingewatch Awards. With the 10-year anniversary of the show’s tragic cancelling, there’s no better time for it to win this award. Actives and everyone else can vote for their favorite show here or below until October 7th, so get to it!

If you’re out of the loop and need to be reprogrammed to remember why Dollhouse is great, we’ve come prepared. 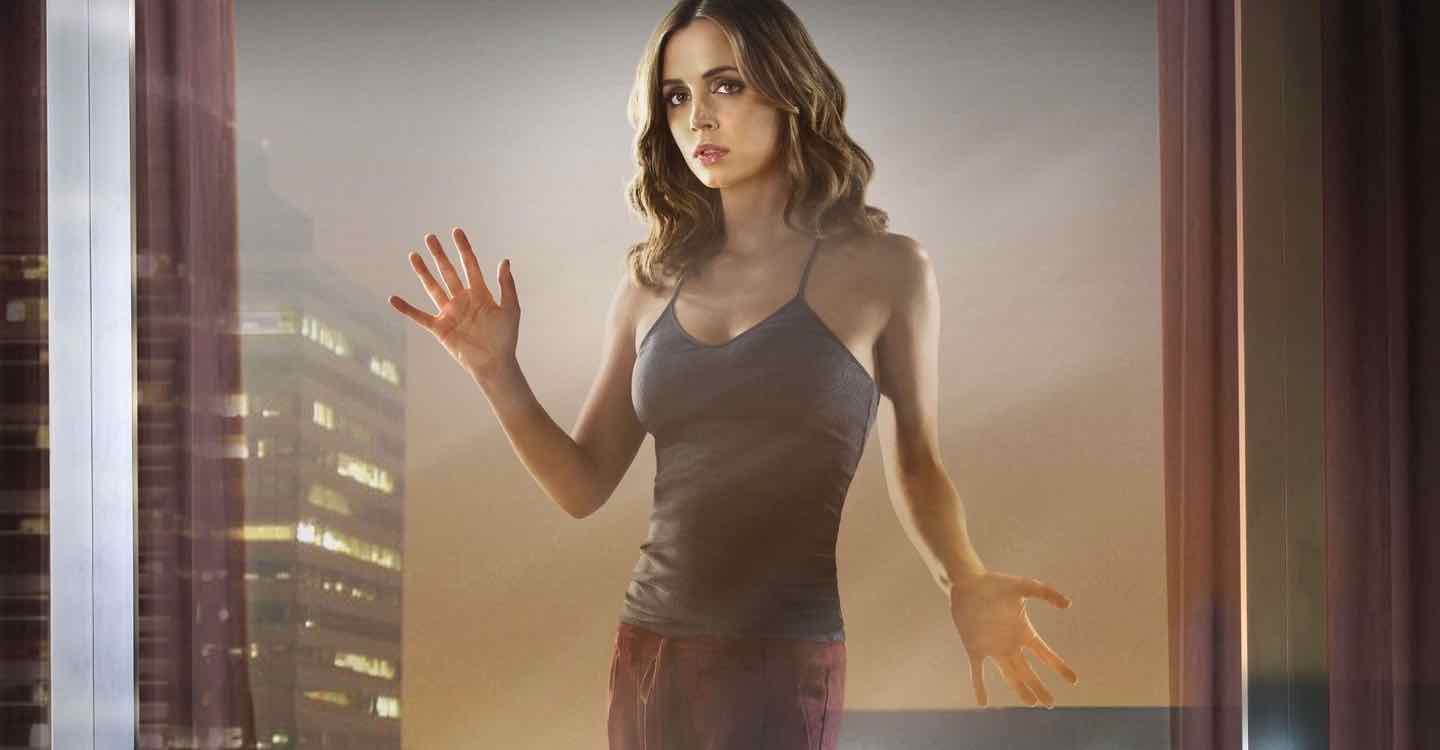 Dollhouse has a rocky start, but it’s worth sticking out

We can’t count on our hands how many shows looked promising, but turned out to be terrible for one reason or another. Within the beginning of season one, Dollhouse looks like it fits into that group as well. But then the show finally finds its grounding and runs straight ahead into an exciting and thrilling story you can’t look away from.

By late season two, Dollhouse was easily the best sci-fi show on television in the fall of 2009. Eliza Dushku was leading woman material from the beginning, but the rest of the cast became just as important as she.

Dollhouse’s story is coherent and linear, while still having twists to keep you watching. Of course, season two was the end of Dollhouse, but the story left behind in the remnants of the series finale showed us what this show could’ve been. 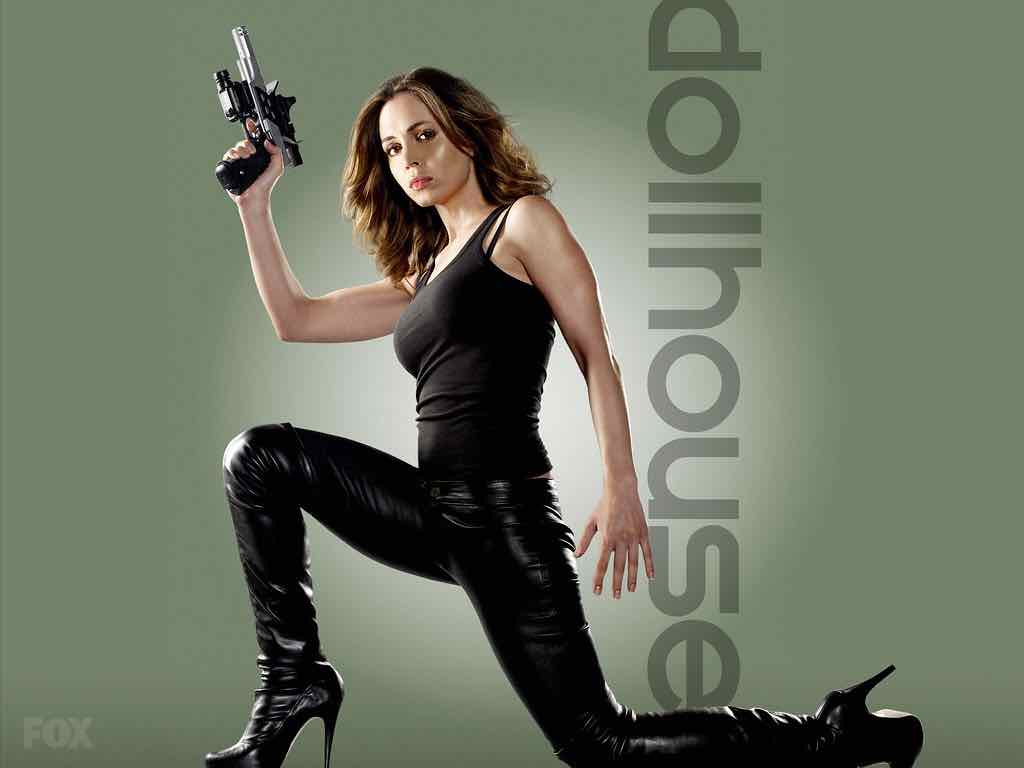 The growth of Echo and her powers

One of the most interesting things about Echo (Dushku)’s journey was the discovery of her past self, Caroline. Caroline was fighting to take down the Rossum Corporation, until she was captured and turned into an Active. Once Echo finds out her true past, she steps up to fight back against Rossum and take back her due.

Through that self-discovery, Echo also figured out how to restore all of her past programming from previous clients. So any skills she was programmed with for a job, she would be able to access and retain as needed. Echo became a superhero of sorts with her ability to pull skills from out of nowhere: a fascinating concept to explore through Echo’s journey of self-awareness. 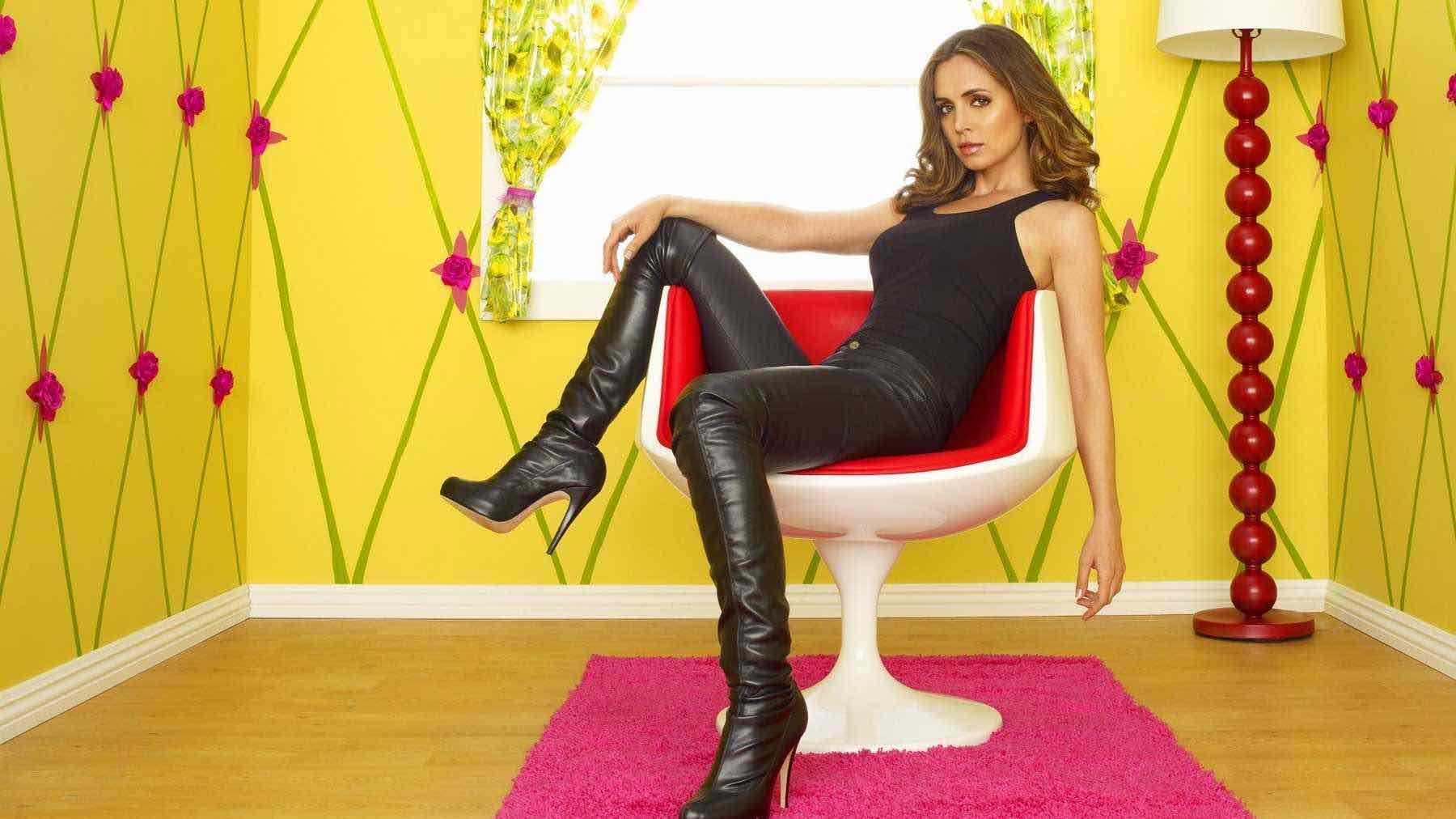 Out of all Whedon’s shows, Dollhouse does moral ambiguity best

Whedon is kind of known at this point for playing the “are the good guys really the good guys all the time?” game. Just look at how Firefly was about a spaceship full of criminals, government spies, smugglers, and innocent people looking for adventure. But Dollhouse takes it to another level, where every single person has blood on his or her hands in some way.

Since the Actives are hired out to commit crimes as needed, it’s unfair to blame them for their actions – yet that’s also a part of Echo’s journey. The entire Rossum Corporation is the main villain, but not everyone who’s part of the corporation is an enemy of Echo’s. Nearly every character is in a grey area, with no clear cut good guys or bad guys. When done well as it is in Dollhouse, it makes for highly suspenseful storytelling. 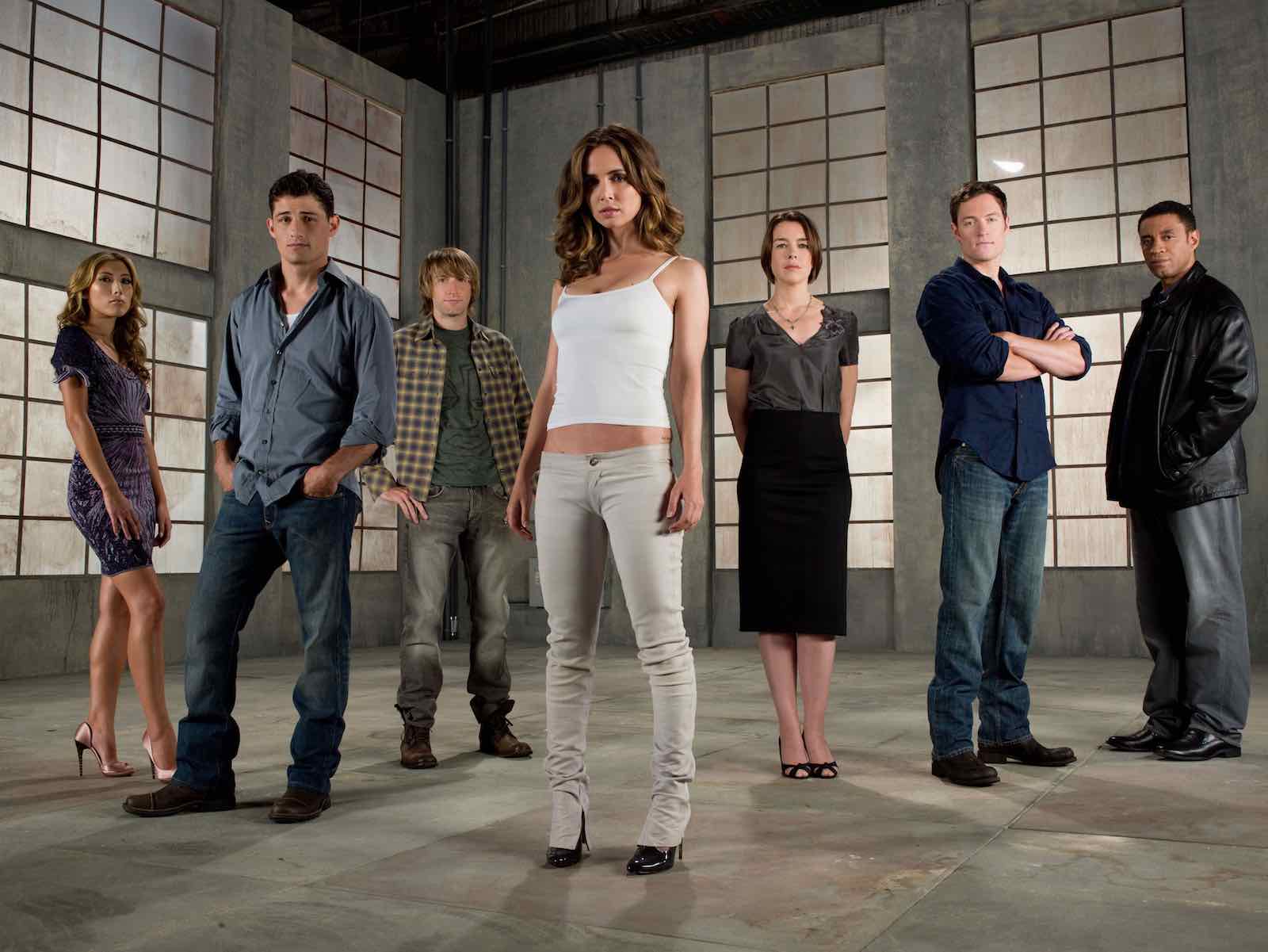 In a show that takes on such dark subjects, it’s weird that the man responsible for this disastrous technology is usually the one cracking the jokes. Yet Dollhouse tries to get us to like Topher (Fran Kranz) by making him the comedic relief in most situations.

Surprisingly, this works well. Topher is programmer of the Actives in the LA Dollhouse, but he eventually joins the revolution once he realizes this tech is being used for evil instead of good.

Part of Topher’s character design is as comic relief in nervous situations, even when the context is an Active murdering the man who forced her to become an Active. Most TV characters similar to Topher are simply annoying, a sign of writers running out of ideas. But due to Topher’s earnest nervous energy, one can’t help but awkwardly laugh at his mistimed snark.

You can vote for Dollhouse until October 7th to win Best Cancelled Sci-Fi/Fantasy TV Show in our Bingewatch Awards, so head over now to get started! 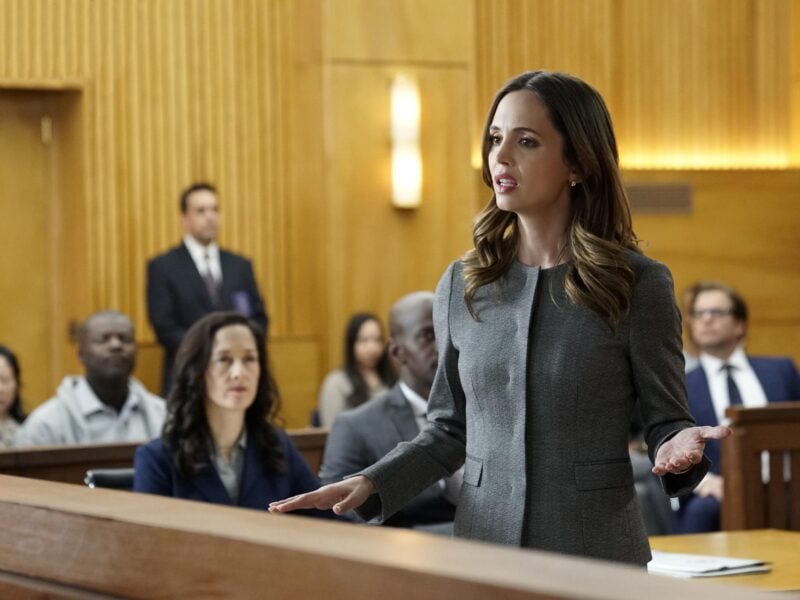