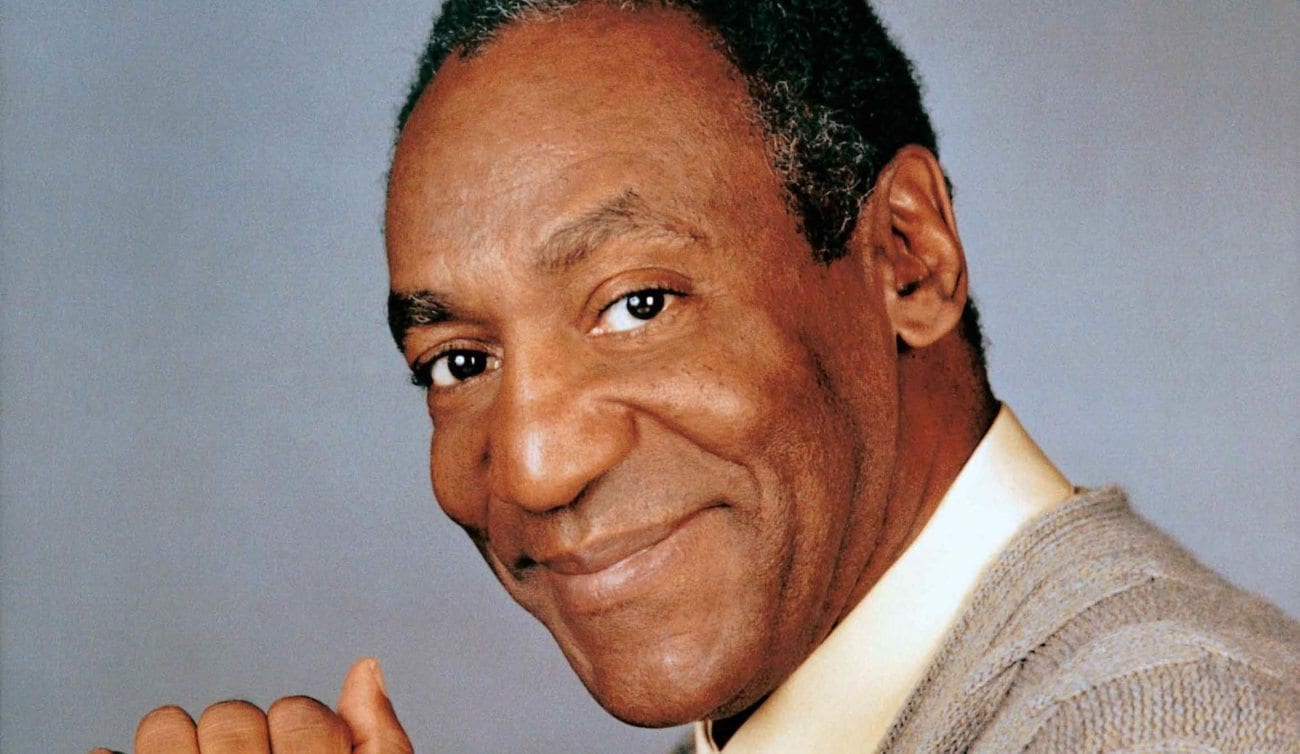 One of the most significant falls from grace in the entertainment industry was set in stone last year when the infamous comedian and TV icon Bill Cosby was found guilty of sexual assault.

It was a long, winding path to reach the verdict, which came after a two-week trial regarding allegations he’d drugged and violated Andrea Constand in 2004 (one of the 60 women to have accused Cosby of similar crimes). As the first conviction of its kind in the post-MeToo era, many called it a landmark trial.

We thought it’d be apt to look back at some of the early warning signs in Cosby’s career, namely his role in the family friendly sitcom The Cosby Show. When the allegations against the comedian came out, audiences were conflicted over the image portrayed by his on-screen persona and the sexual predator outlined by his many victims.

While the show is considered pioneering for its representation of race and class in America, many claim Cosby’s character Cliff Huxtable was a smoke screen for his ghastly conquests.

The New York Times wrote, “Cliff was affable, patient, wise, and where Mrs. Huxtable (Phylicia Rashad) was concerned, justly deferential. His wit was quick, his sweaters roomy and kaleidoscopic . . . Cliff is the reason for the cognitive dissonance we’ve been experiencing for the last three or four years. He seemed inseparable from the man who portrayed him.”

While this may be true, there were many moments in the show we can look back on with hindsight and agree: at times, Huxtable was a creepy bastard. Whether these inklings were Cosby’s doing or he simply let his real persona creep out via the character every now or then, there’s no denying the show had its moments. Below is a ranking of the most sinister Cosby / Huxtable clips made all the more jarring knowing what we now know.

No other moment on the whole show summed it up quite so well as in this scene – “this guy is bad”. No shit!

That’s not true at all? Sure it isn’t – tell it to the judge.

Not really sure what Cliff just did to Theo’s hand, but it didn’t look right.

Not on the lips!

The kiss to the hand? Yep, it’s creepy. But the way he tastes her afterwards? Get him away!

“You have to understand dear that love hurts sometimes” is not a line you want to hear uttered from Cosby’s mouth.

The fear in his wife Clair’s eyes (Phylicia Rashad) says it all. The woman’s trying to eat her damn croissant but her lecherous husband just won’t let her relax.

Clair is trying to work, dude! When the woman says no, she means no. Also, “your back rubs are lethal”!? [shudder]

It was probably that “something” that left Clair feeling that way!

While all of these moments are creepy in hindsight, there’s one scene in particular that is disturbing on all levels no matter what the context. The way he delivers the lines, the fact Clair & Cliff are just hanging about while those couples are getting all hot and heavy, and the entire concept of Cliff’s special BBQ sauce – it’s just plain wrong!