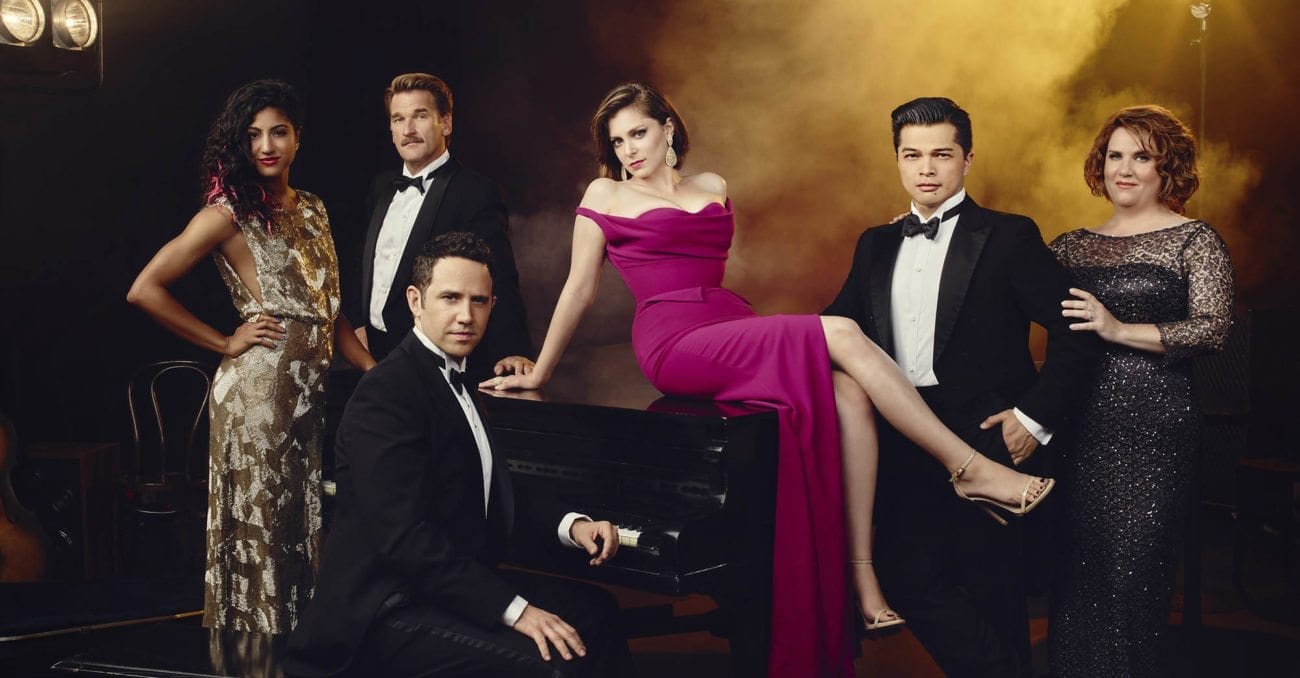 “Let’s buy a F***ton of Cats”: All the best songs from ‘Crazy Ex-Girlfriend’

There are several layers to reactions whenever Crazy Ex-Girlfriend belted out a song. While we laughed out of cringe at the subject matter and its ultimate “realness”, there was also a level of awe.

Let us remind you all the songs across the show’s four seasons (and with well over 100, there are a lot to choose from) were written, orchestrated, choreographed, performed, and recorded on a TV production schedule, which means over the course of a matter of weeks or even days. It’s complete madness!

Needless to say, Crazy Ex-Girlfriend was one of the most ambitious shows of our time, and while it might not have fared too well on the ratings side, it was admired by critics, musical theater aficionados, and fans of romcom as deconstructed as a hipster coffee.

From creators Rachel Bloom (BoJack Horseman) and Aline Brosh McKenna (The Devil Wears Prada), the show itself told the story of Rebecca Bunch (Bloom), a successful New York lawyer who ditched her high-powered life to follow her old crush on the West Coast. 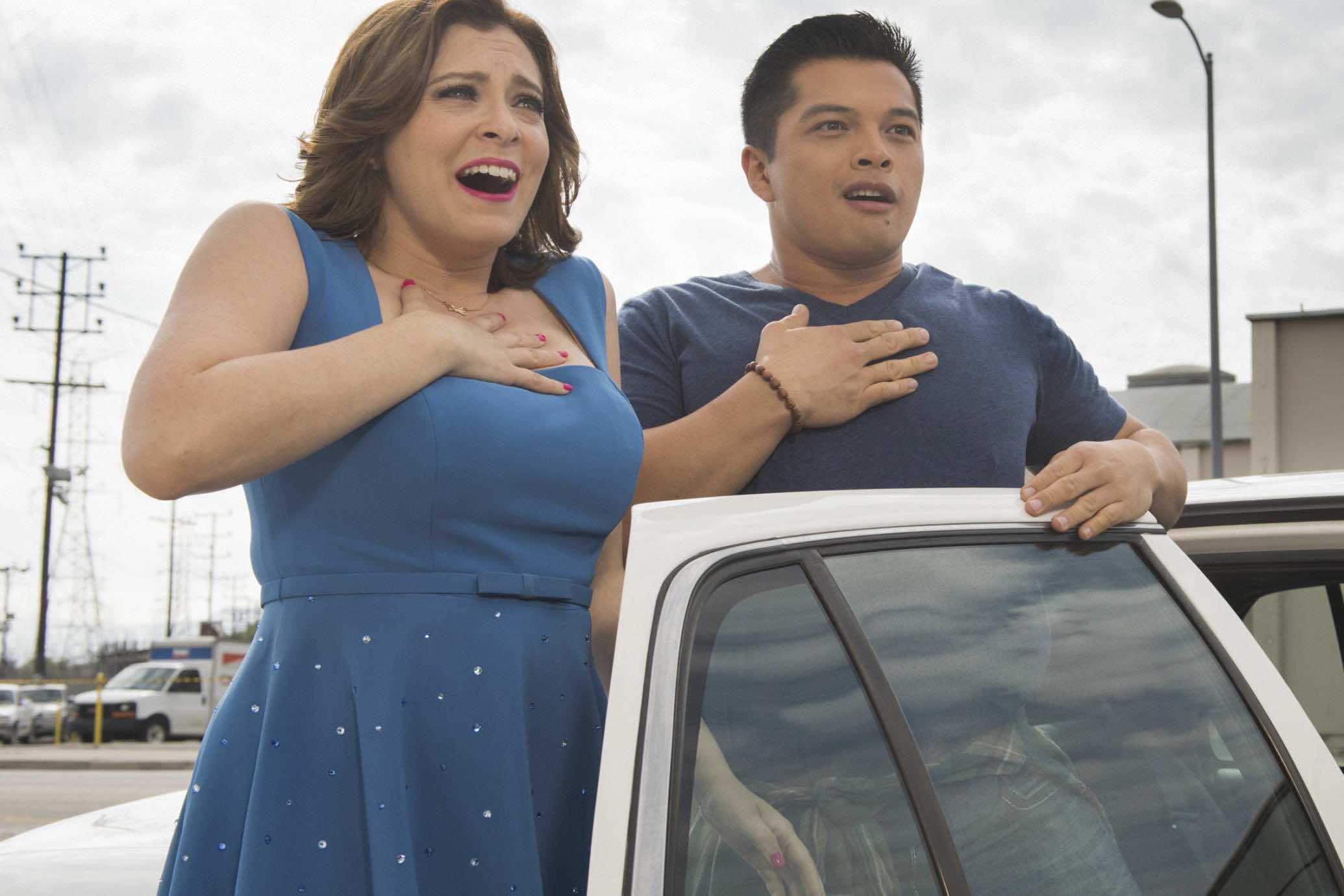 As the show progressed, so did its exploration of its central characters, dealing with love, mental illness, and feminism via a songbook fit for Broadway. The show’s fourth and final season was bittersweet, but at least we got to see the oddball comedy get the ending it deserved.

We’re looking back at some of the musical belters to remind you of why Crazy Ex-Girlfriend was the most perfectly weird show on TV. You’d better fill that head with dirt because you’re gonna have some serious earworms crawling around in there for the next few days. Here they are: our 15 fave Crazy Ex-Girlfriend songs.

Santino Fontana’s departure from the show was a shocker and in true Crazy Ex-Girlfriend style he didn’t leave without a final flourish, throwing out an LOL number that perfectly walks the line between a romantic farewell and a screw-you-later send off, explaining how Gregg & Rebecca’s relationship was “Jerry Springer, not Casablanca.” 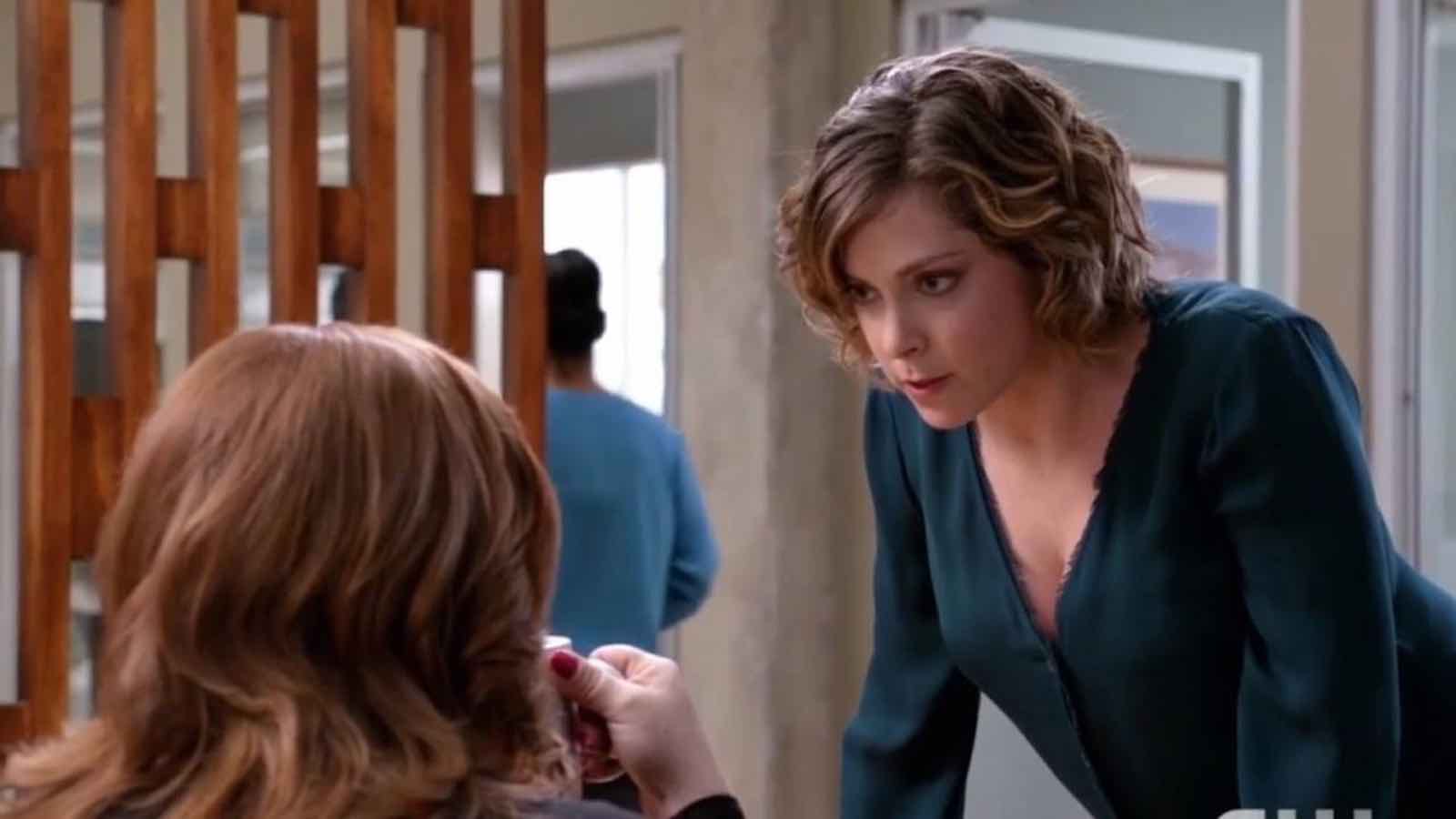 Utilizing that classic spinsterhood stereotype of the crazy cat lady, Rachel gives in to fate  in season three when she realizes she can no longer be with Nathaniel (Scott Michael Foster) and is therefore destined to be a bachelorette forever. What’s the answer? Buy a f***ton of cats, obviously.

This song was the perfect intro to the show along with its cheerfully carried out criticism on gender roles and the expectations placed on women. With a Bridget Jones-inspired date night prep played out with a “sexy” R&B tune, the song is hilarious and yet also serves as a comment on societal bullsh**.

“The Buzzing From the Bathroom” (S3E2)

When Tim (Michael McMillian) from Whitefeather & Associates was given the spotlight, boy did he go for it, throwing out a song about the tragedy of having never given his wife an orgasm. For poor old Tim, everytime he hears the buzzing from the bathroom he’s reminded of his between-the-sheets failure.

Season one’s original theme song is utterly brilliant, as a catchy earworm that also reminds us of the batshit reasons Rebecca ended up in West Covina. It also acknowledges the show’s title is a “sexist term”, smashing down all the critics who prematurely slated it for that exact reason. 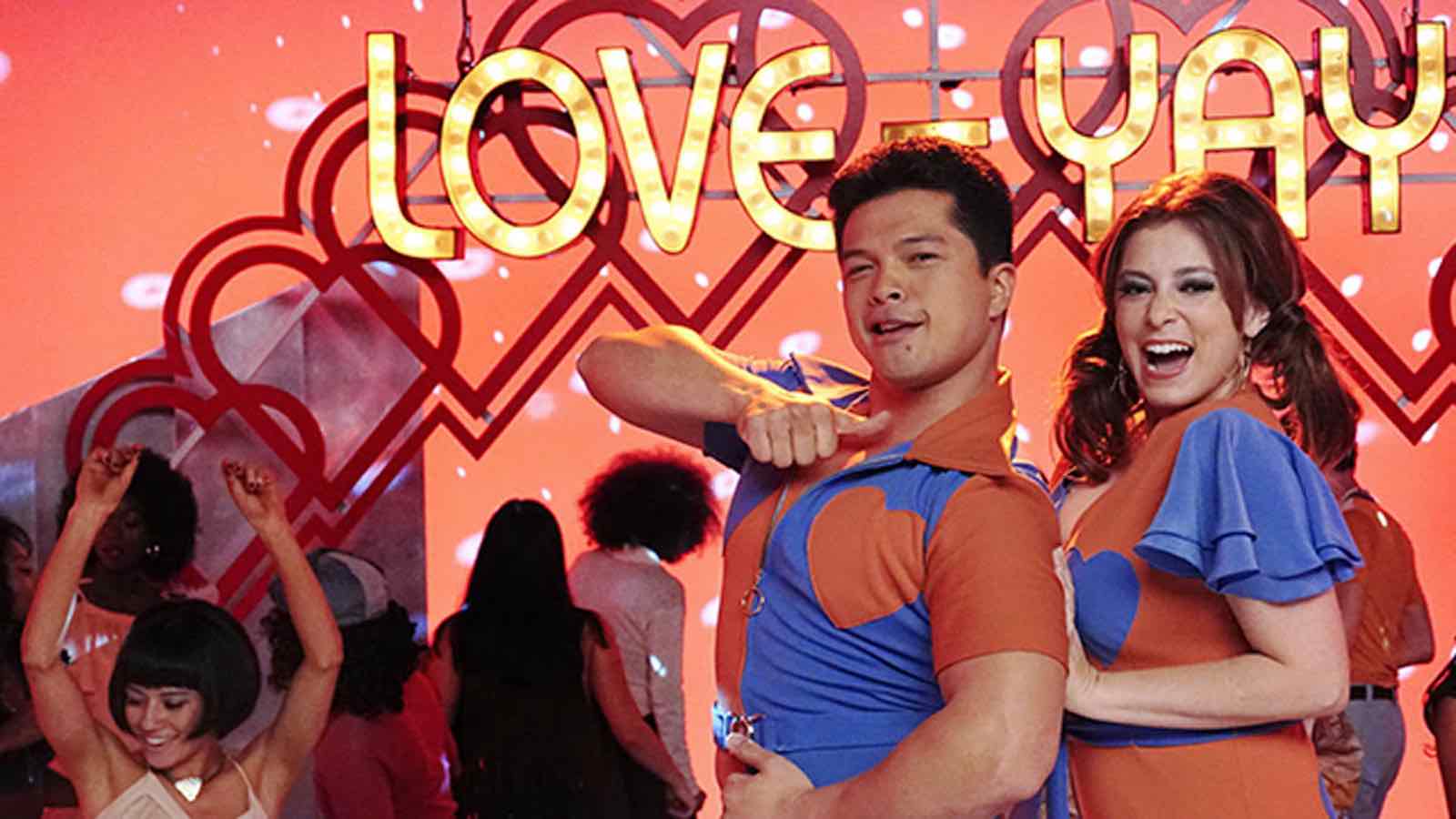 Covering the utter denial that sweeps a person when they fall in love (we’re all guilty of it), this Soul Train tribute is a wonderful portrayal of the rose-tinted hue felt at the start of a relationship. You know – before the fighting and the farting and the deadening irritation come into play. Teamed up with a catchy track and some stunning set & costume design, you’ll have this song stuck in your head for weeks. 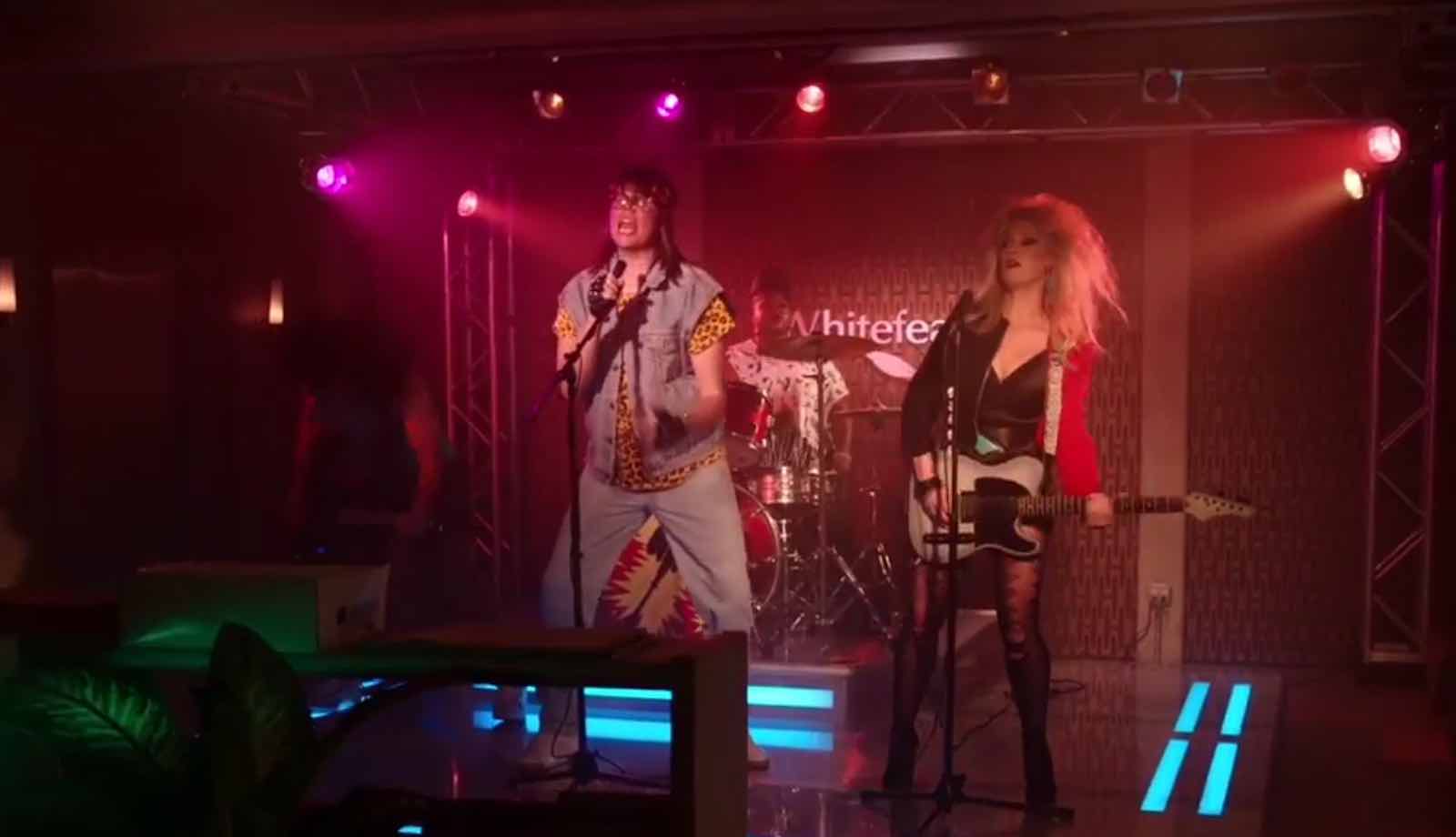 This tune’s ability to channel the tediousness of self-loathing is truly incredible. Wallowing and mocking her own self-hatred is one of the darkest and most revealing moments of the show, carrying a haunting power thanks to Bloom’s ripping performance. All together now folks: “I deserve this!” 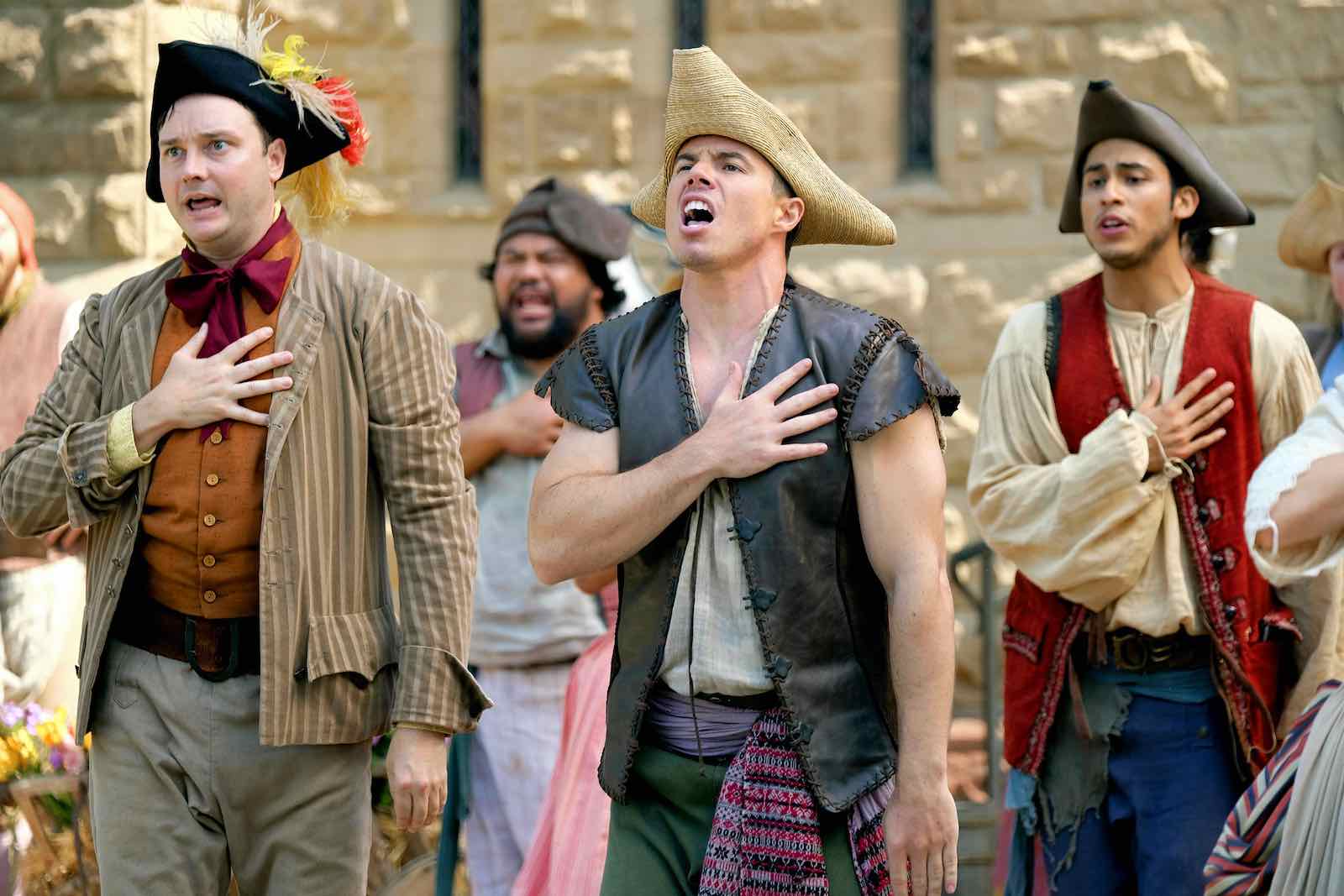 This cheeky little number put us safe in the knowledge season three was back and as smart as ever about the gender divide (and the dumb comments that come with it.) In an 80s power tribute the girls drink wine, complain about men, and inadvertently shout out a message about the stupidity of rushing to stereotype both women and men.

Also, best line ever: “Let’s not distinguish between them at all, let’s just drink a lot more alcohol.” 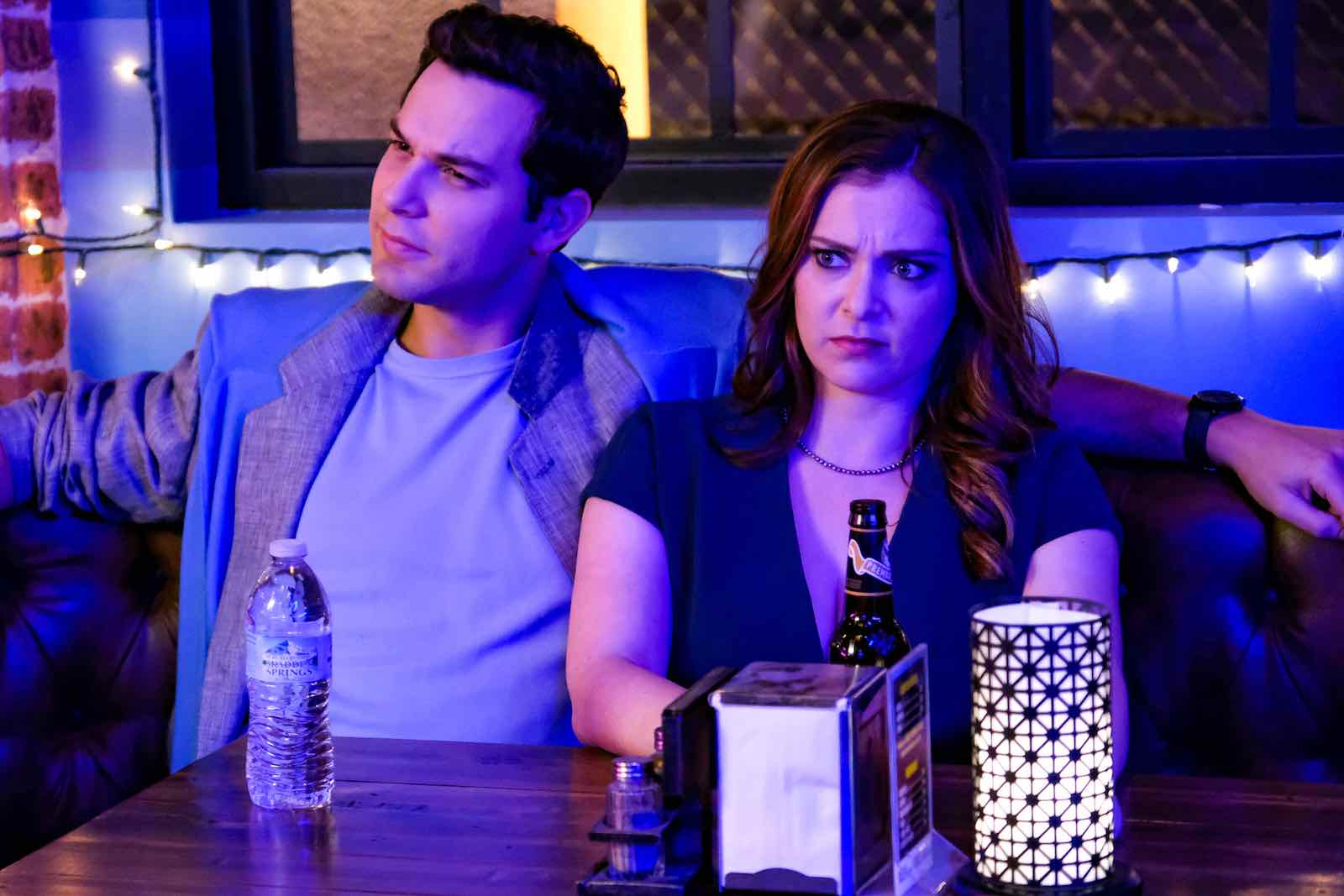 Ah, STDs: the gift that keeps on giving. In this case it’s not so much an STD but the effect sex can have on female bodily functions (like going for a freakin’ piss). This song featuring in season one both flags the painful territory of UTIs while also taking a dig at how some men applaud everything they do in bed (even if the result is not welcome at all.)

When Rebecca finds herself being pursued by two hot guys at once, she expresses her glee in the only way she knows how – through a fantasy turn a la Marilyn Monroe.

In one of the earlier episodes before Greg & Rebecca accept their fate, Greg tries to win over his new love interest by selling his underdog status. If everyone pitched themselves in the way Greg does in the number below, we’d be more than happy to settle for second best. 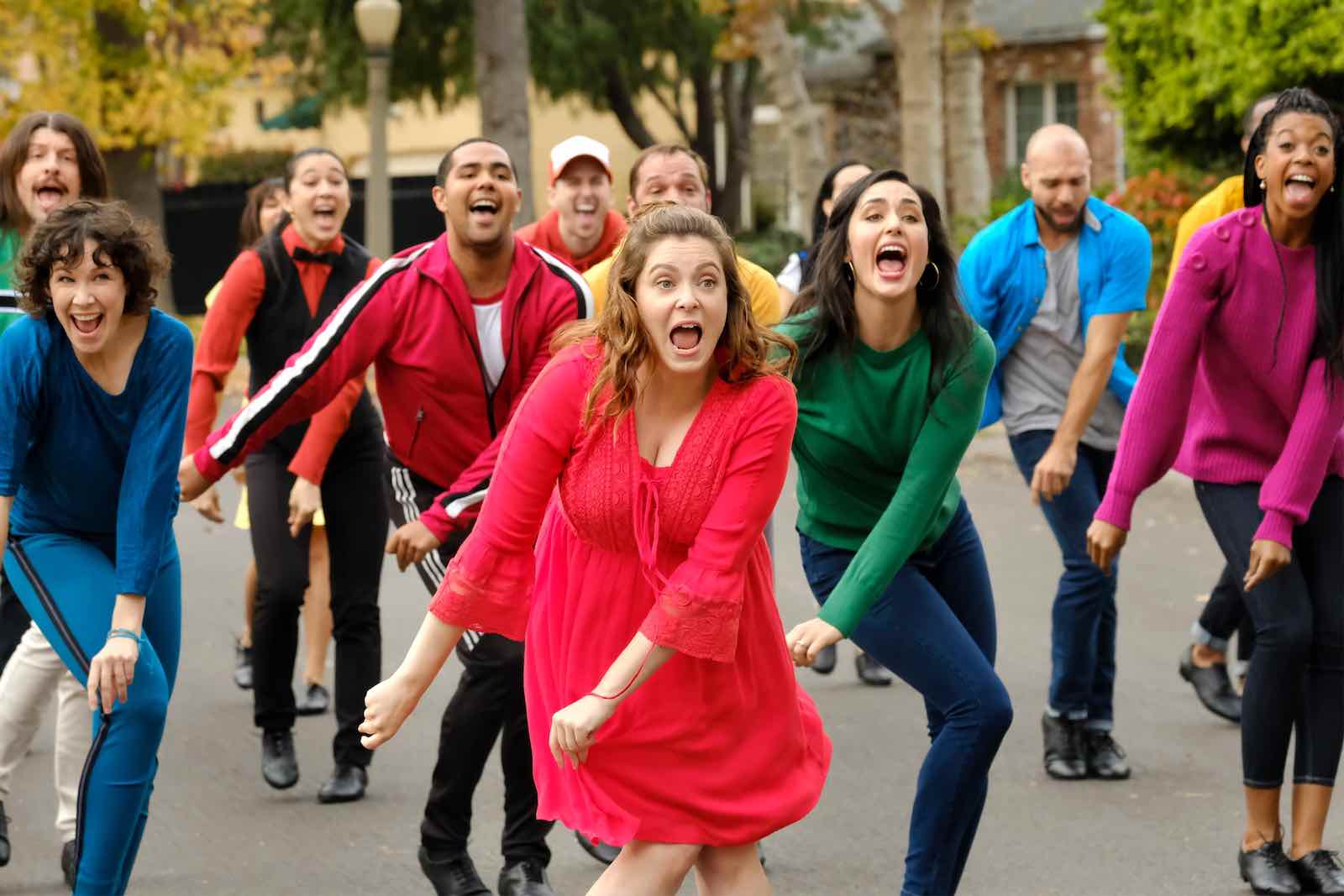 Witnessing the relay of Rebecca’s sexual history with her two main squeezes is excruciatingly amusing. One of the most essential lessons outlined in the song? No one wants it on their chest (we’re talking about the dresser in the video – get your mind out of the gutter.)

This show needed an ABBA tribute and who better to deliver it than Rebecca’s work & life bestie Paula (Donna Lynne Champlin)? The grocery store proved the perfect setting to relive many people’s unforgettable coming-of-age moment – the very first penis they saw. 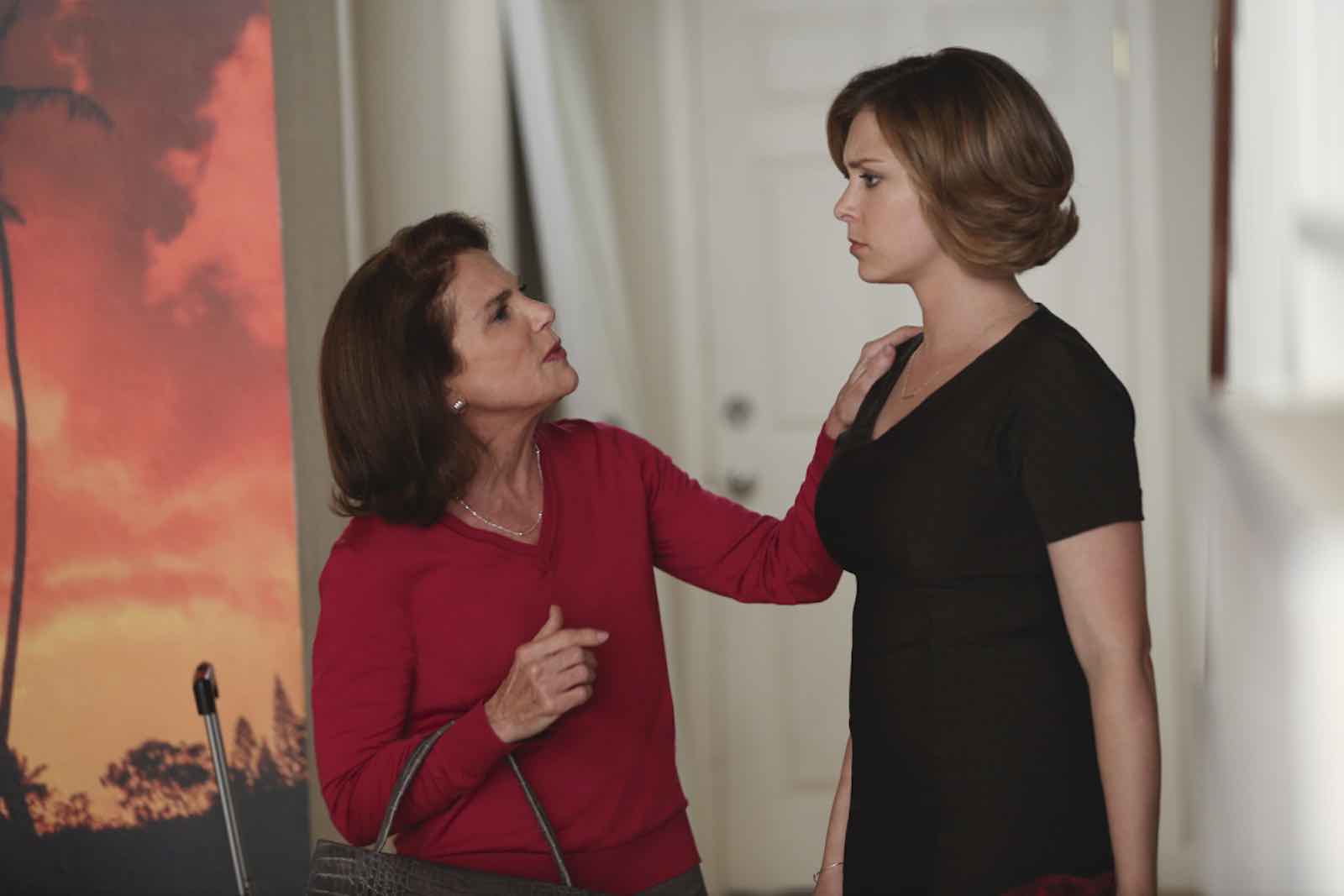 This song’s genius boils down to the fact it manages to sum up both Rebecca’s relationship with her mother as well as likely many of our own struggled parent relationships in less than three minutes. As soon as Rebecca opens the door, it’s a twirling hurricane of insults and backhanded comments, all told through a theatrical earworm of a song.