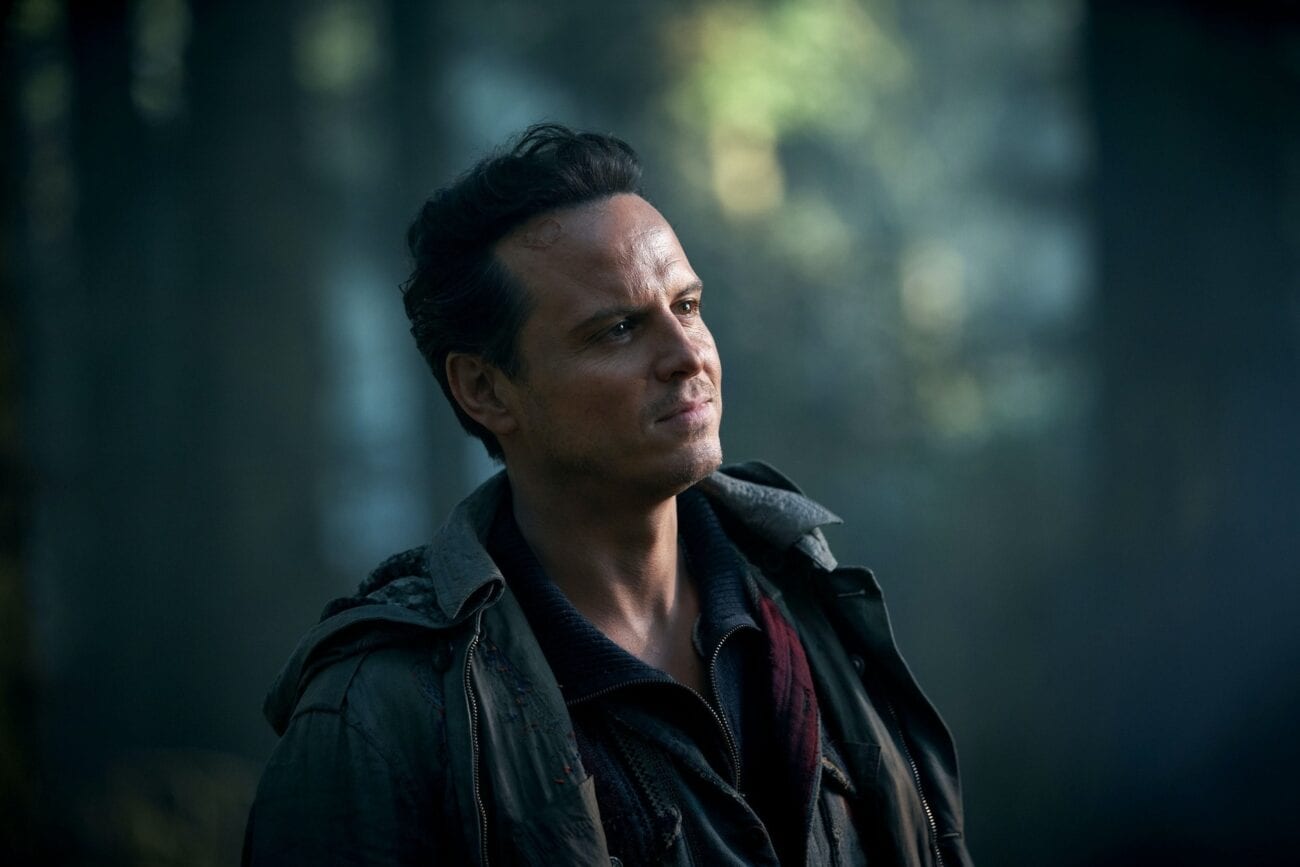 Fans of the Phillip Pullman fantasy-adventure book series may rejoice once more, for HBO’s His Dark Materials has finally been renewed for a third & final season.

One of the big reasons for the success of the second season, which is set to have its season finale on Monday, December 28th, was the debut of the character Colonel John Parry, played by Andrew Scott (1917, Amazon’s Fleabag) in a performance so memorable that we wanted to look back on some of Andrew Scott’s best scenes.

First, let’s revisit the history of His Dark Materials. 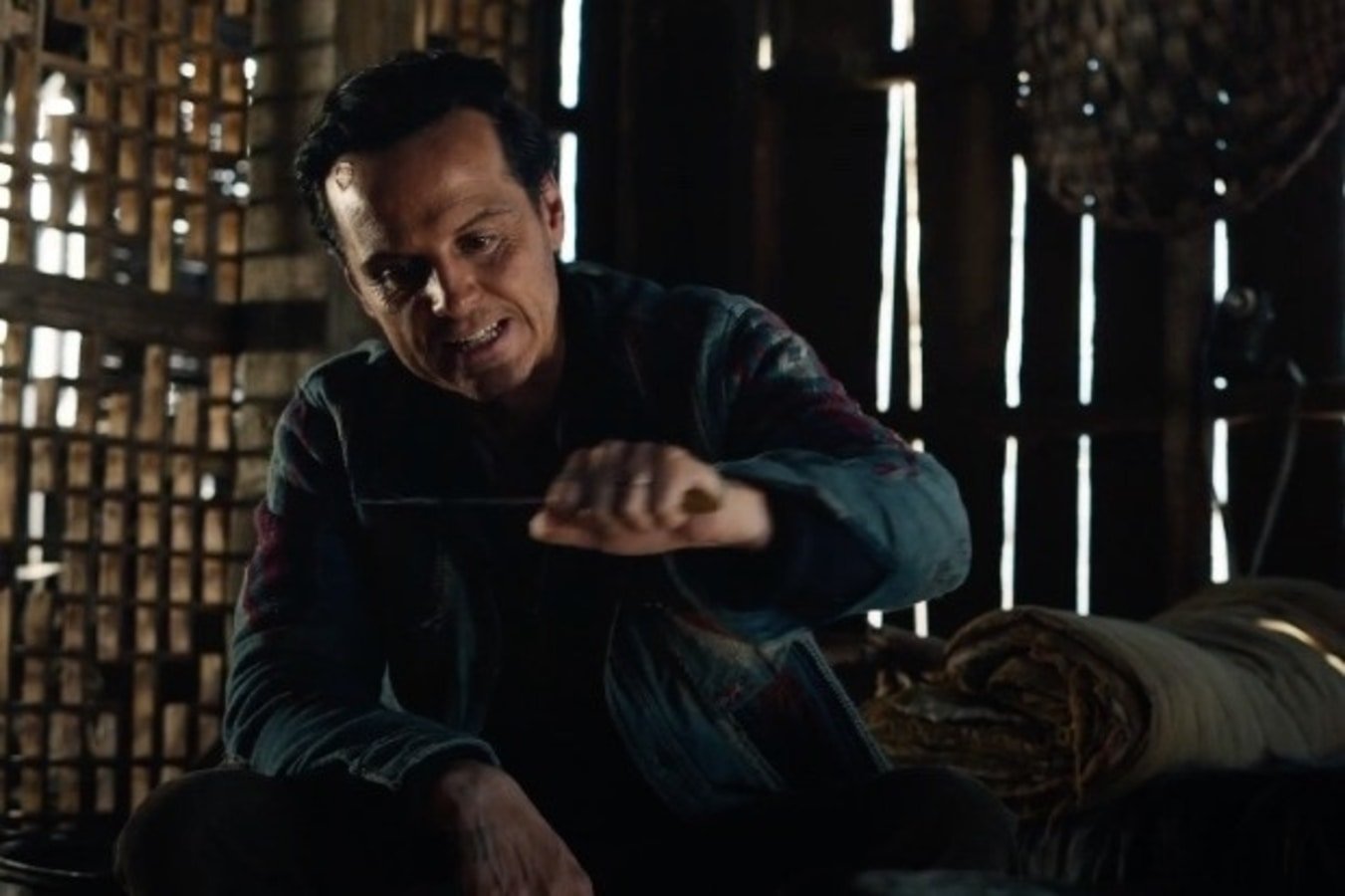 Many fans of the His Dark Materials literature series remember the trainwreck that was the 2007 adaption, The Golden Compass, which starred Nicole Kidman, Daniel Craig, Eva Green, and Sir Ian McKellen.

The film, which was marketed as “the next Lord of the Rings” greatly underperformed to the studio’s high expectations, financially struggling to recoup its top-shelf budget as well as receiving plenty of criticism from critics & moviegoers.

It was a big swing-and-a-miss that left fans of Phillip Pullman’s classic fantasy series wondering if any studio might take another chance on this beloved story down the road. 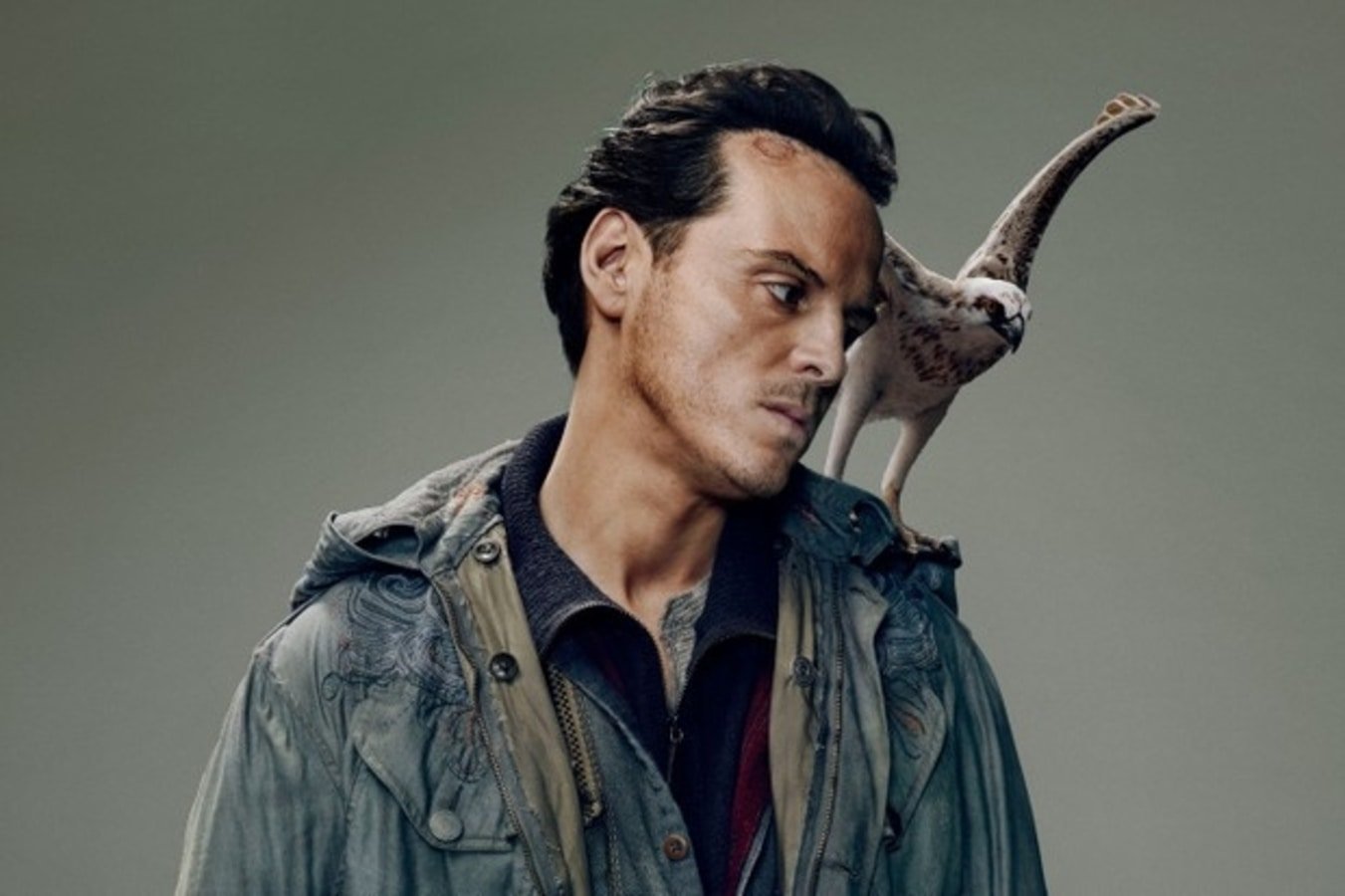 Debuting in November 2019, HBO’s His Dark Materials finally gave fans the world they had been waiting to explore for years, as HBO formatted this beloved series of books in a way to where the story could really be expanded, giving the characters and overall storyline the adequate time it needed without feeling like it was being unnecessarily stretched.

The first season essentially tackled the events of Pullman’s The Golden Compass and was led by a stellar cast that featured James McAvoy, Dafne Keen, Ruth Wilson, Clarke Peters, and Lin-Manuel Miranda. 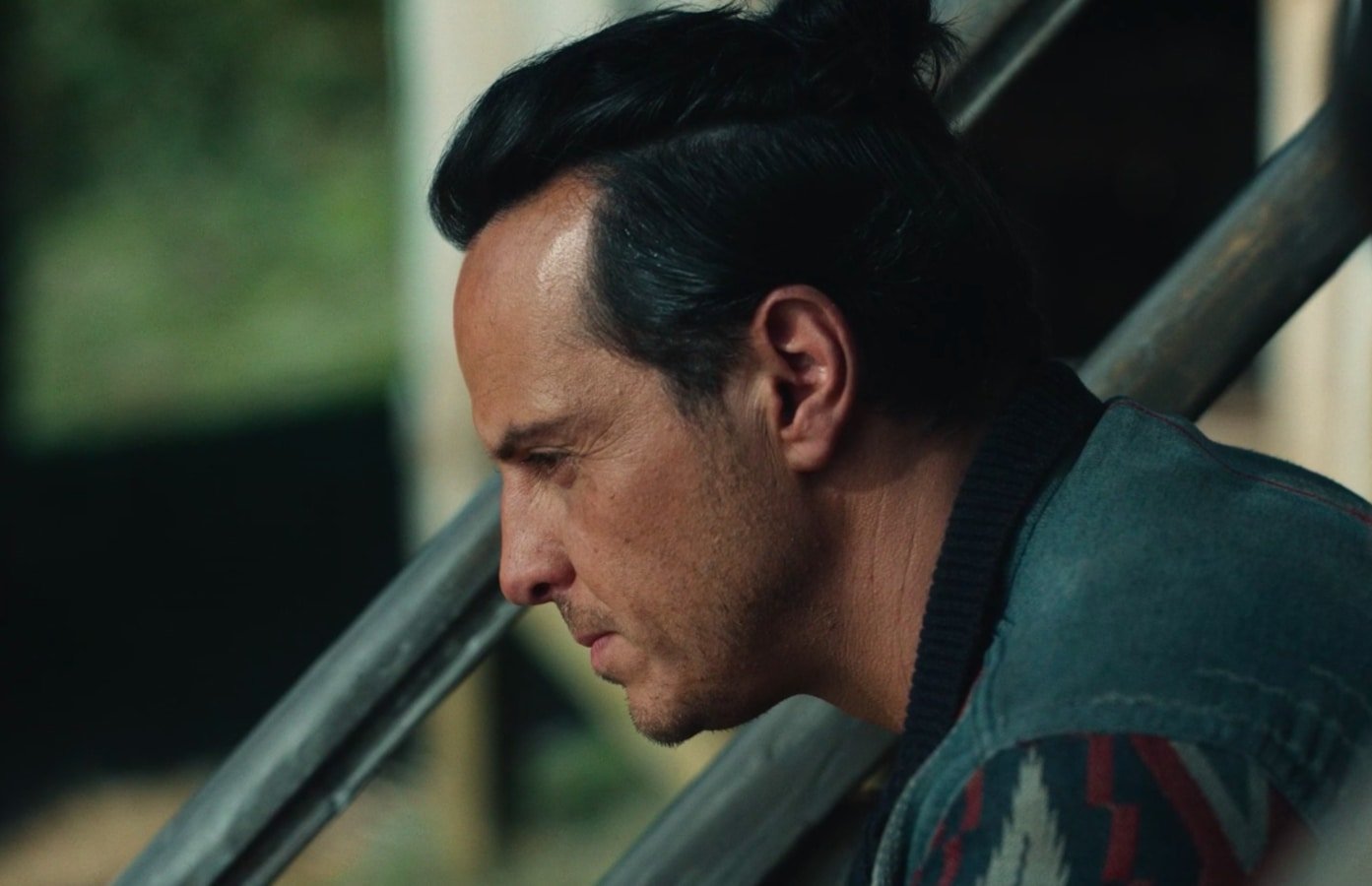 Season 2 focused its storyline on the events that took place in the second book of Pullman’s trilogy, The Subtle Knife, which met once more much critical & audience praise, perhaps filling that fantasy hole that HBO’s Game of Thrones left us nearly two years ago.

Now, with season three officially greenlit by HBO, most likely covering the events in the third book, The Amber Spyglass, we can look forward to an exciting closing chapter to this whimsical series. 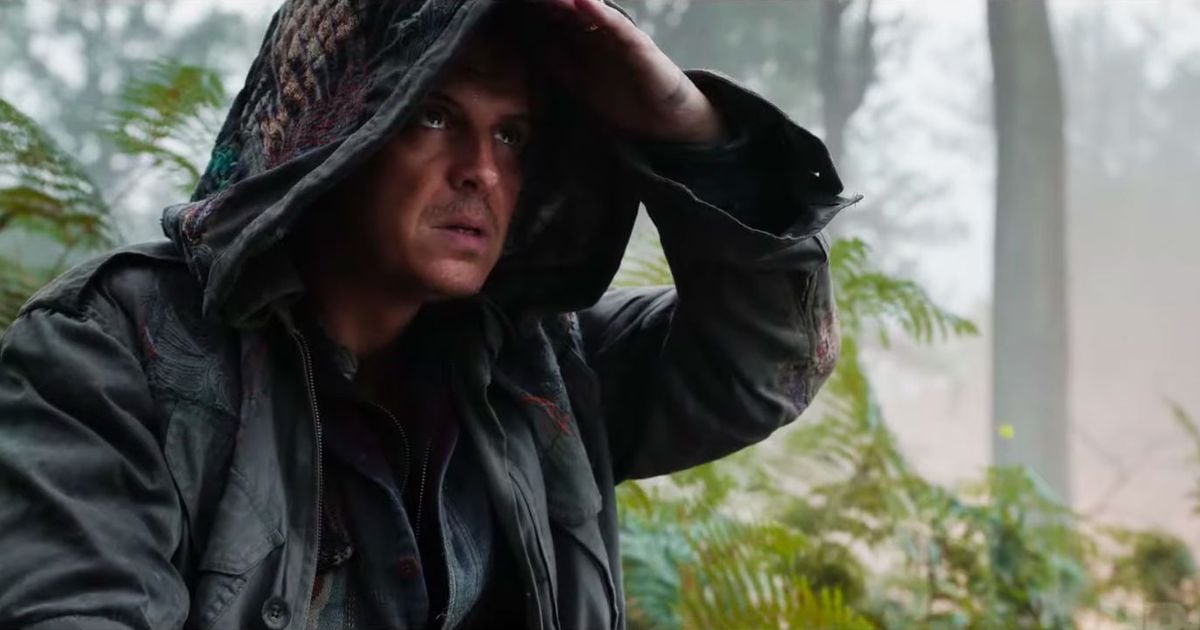 One of the more impressive characters that stood out in season 2 was Colonel John Parry, who is otherwise known as Doctor Stanislaus, Grumman, and Jopari, a character who was primarily only teased in photographs.

He is a complex & layered character requiring a strong performance firing on all cylinders in order to work – luckily, Andrew Scott delivers in spades.

Really, there’s only “the” John Parry scene that we want to touch on, and it’s the episode 7 moment where John & Will Parry finally reunite after years apart, where John realizes that his son, Will, is indeed the knife bearer.

Will (Amir Wilson), who’s still very much heartbroken his father couldn’t protect him, has a sit-down conversation with his father, as John Parry pleads with his son to visit Lord Asriel and tell him that he carries the one weapon that could finally put an end to “The Authority”.

Will, still angry at his father, has difficulty accepting the task, using his father’s words against him by saying it was his task to be a father, in which the character of John Parry beautifully delivers the line: “look what you’ve become without me”. 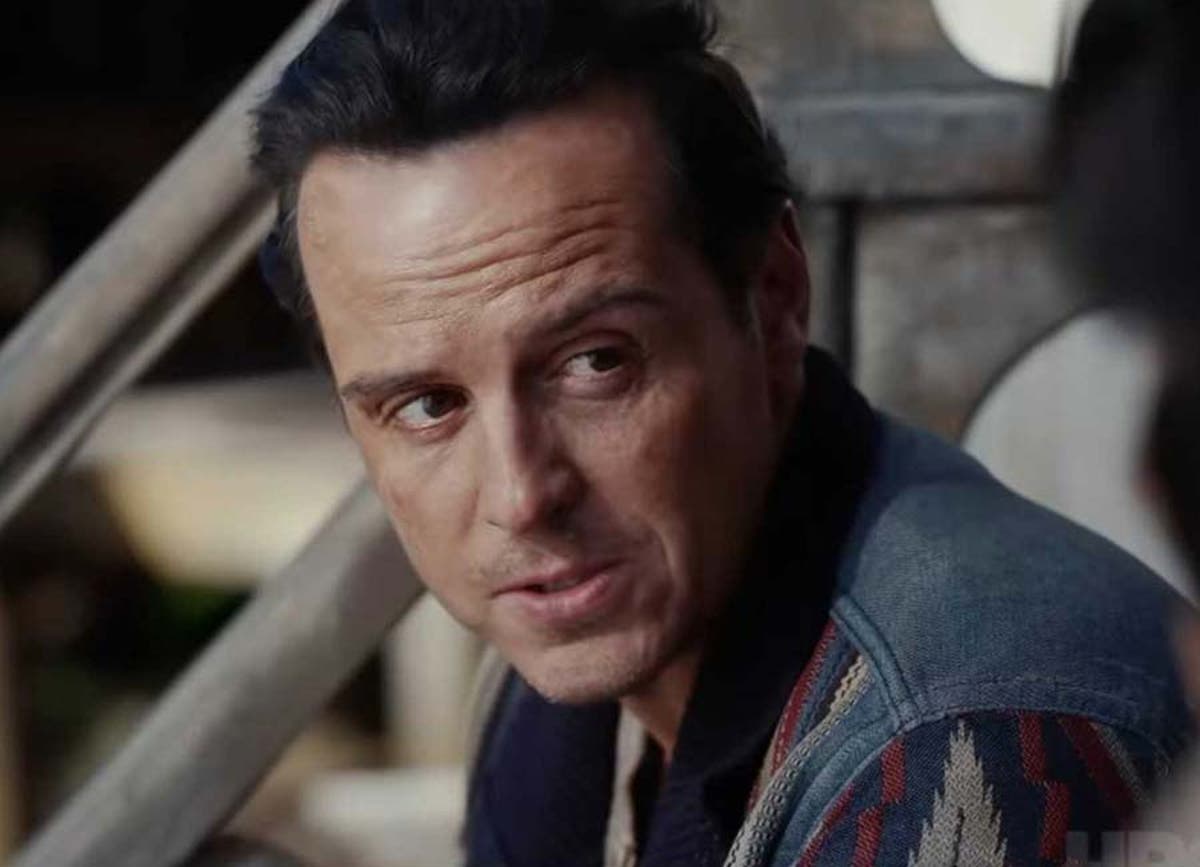 John Parry, much to Will’s concern, tells his son of his true destiny as he apologies for his absence, only to then be tragically shot in a heroic effort to save his son’s life.

It’s as heartbreaking a scene that we’ve ever seen on television, as it reminds us just why Andrew Scott is such a terrific actor.

While it’s clear that Andrew Scott’s few appearances are indeed shackled to the overall character arc of John Parry, we were lucky enough to get this wonderfully acted & directed scene that drew every emotion from both the characters as well as the audience who witnessed it.

Season 3 of HBO’s His Dark Materials cannot get here soon enough. Are you excited? Let us know in the comments!