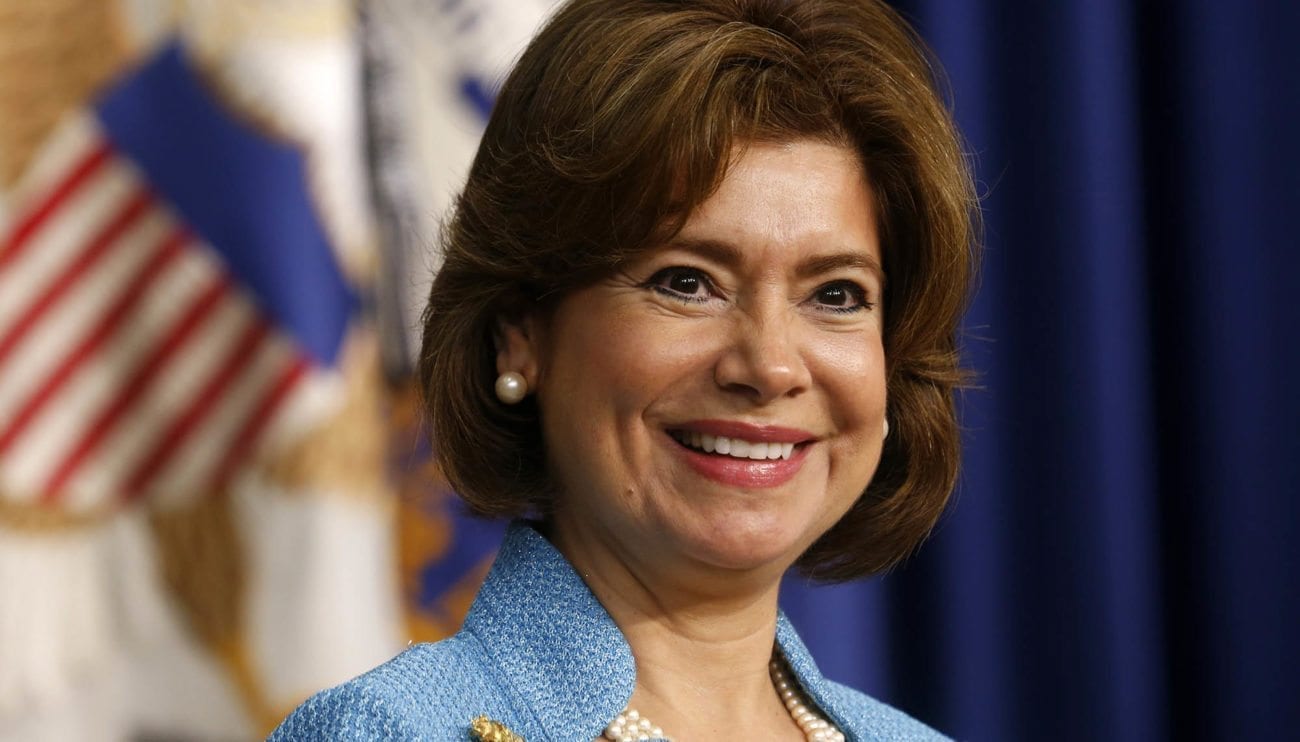 Though currently the talk of the town, the deal to acquire the blunderous Weinstein Co. nevertheless has spawned a spate of head-scratching. Variety reported a team of 30 lawyers & bankers has been hunkered down in the Century City offices of Loeb & Loeb in an attempt to forge a deal.

Amid an onslaught of sexual harassment allegations against Harvey Weinstein, the company was facing the threat of bankruptcy. In November, a $500 million bid backed by billionaire Ron Burkle as submitted, which included the assumption of $225 million in debt. The reported plan was to rescue the company, rebrand it, and put women in charge.

According to a letter written to the board of directors of Weinstein Co. in November, bureaucrat bankster Maria Contreas-Sweet expressed she was “profoundly affected by the recent revelations” involving Weinstein and proposed “reorganizing” the company to be “financially successful and treat all its employees with dignity and respect”.

While compelling on the surface, the mysterious woman at the center of the acquisition, Hollywood outsider and ex-Obama staffer Contreas-Sweet, has people talking.

The Hollywood outsider with insider connections

Contreas-Sweet has a long history of civic involvement. Starting out as a legislative staffer before moving into corporate affairs, Contreas-Sweet was appointed to a high-ranking position overseeing a massive state agency in the late 90s.

Contreas-Sweet then went on to run Promerica, a new bank geared toward lending to small Latino businesses, with the help of investment from real estate billionaire Ed Roski. As would be the case in a top job at the Weinstein Co., Contreas-Sweet assumed the position without prior industry experience.

After a decade, Promerica was sold off and Contreas-Sweet was appointed to head the Small Business Administration by U.S. President Barack Obama. She reportedly helped promote Latino and female-led businesses during her tenure before leaving with the change in administration in 2017.

As an aside, it’s worth noting Contreas-Sweet herself isn’t fabulously wealthy – on paper, at least. In 2017 her total assets, excluding her primary residence, were valued between $326,000 and $815,000.

A team of investors led by a friend of Weinstein

Contreas-Sweet has no experience in the entertainment industry, but apparently possesses enough pull within California political circles to pull this deal off. According to her sister, Ana Barbosa, Burkle led a group of investors who approached Contreas-Sweet in Fall 2017 regarding the acquisition of Weinstein Co. Babosa suggested, “I think the investors thought she would complement their effort. They saw her as a person who could run it.”

Though Burkle hasn’t publicly acknowledged his role in the Contreas-Sweet bid, he’s nonetheless a big part of it, as evidenced by the involvement of his investment firm, Yucaipa Cos. and the Dallas-based Lantern Capital. Like Contreas-Sweet, Burkle is also a considerable presence in California political circles. In an intriguing twist, Burkle was apparently friendly with Weinstein. As well as attending Cannes with him, Burkle also invested in several Weinstein movies.

Contreas-Sweet’s bid and the future of The Weinstein Company

Major deal points for the new version of The Weinstein Company, rumored to be called Wonder Hill, have already been worked out. Harvey’s brother, Bob Weinstein, is to take the company’s Dimension brand and a single unreleased movie, Polaroid. Meanwhile Contreas-Sweet and her investors will take possession of the rest of the company, including a 277-film library, five unreleased movies, 50 seasons of TV programming, and Dimension releases.

Contreas-Sweet plans to make Weinstein’s right-hand man David Glasser the new CEO of the company and will also retain the entire 137-person workforce, but bring on new creative executives. It’s an open question how different the company actually will be from its former incarnation.

From her only statement provided during negotiations, Contreas-Sweet certainly seems intent on removing the blemish of Weinstein’s alleged sins from the company and moving it forward. It’s difficult to ascertain how active Contreas-Sweet will end up; she may merely be Wonder Hill’s public face.

Perhaps the bigger question is whether reorganization of The Weinstein Company is enough to save it from its tarnished legacy amid financial difficulties, not to mention the unknown of Contreas-Sweet and her band of investors having what it takes to lead an corporate change of this scope in the entertainment industry.