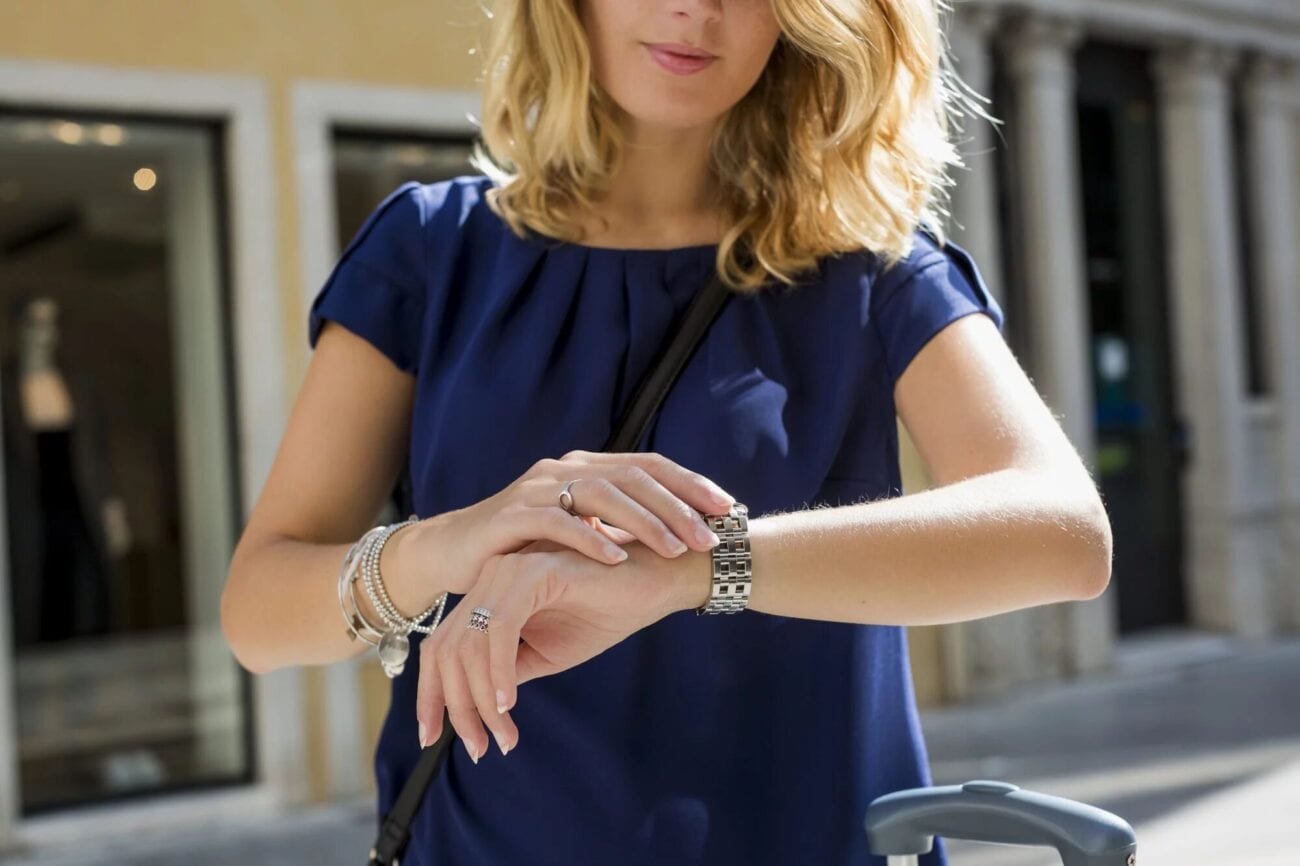 Are your friends late again? Send them these waiting memes

Do you have friends who are chronically late? Do you want to call them out on it without being confrontational? Are we feeling a little petty right now? The answer to all of these questions is probably “yes”.

If you’re tired of waiting on your friends, maybe start by providing them with a couple of nice memes. We’ve compiled a list for you, and let’s face it – ourselves – of some great memes to send to your friends when your patience is wearing a little bit thin. 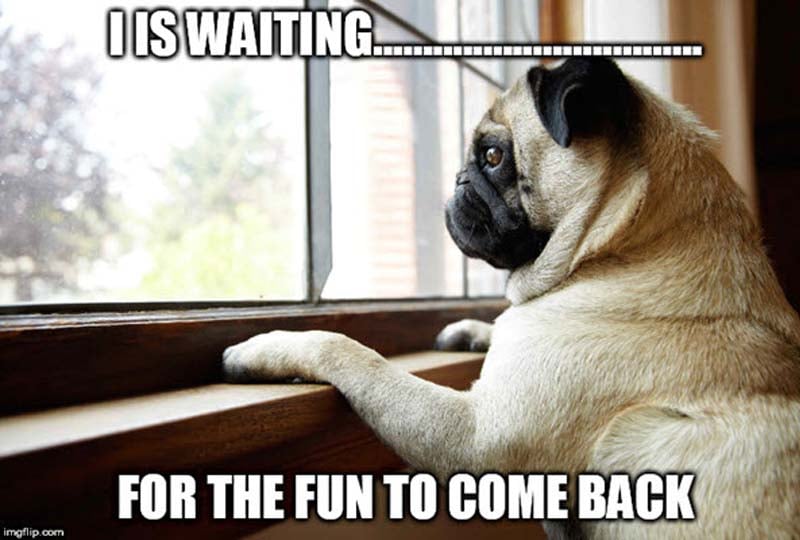 This one will let them know you’re waiting to get picked up while also making them feel loved. Nobody wants to break the heart of a puppy – even if it’s just a picture of one. 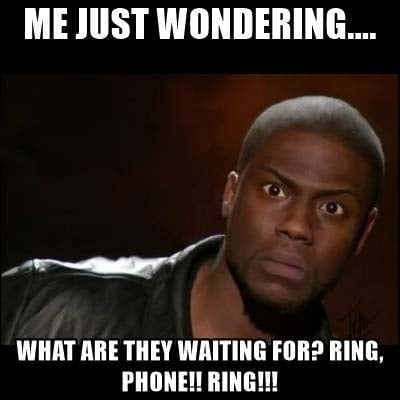 The phone isn’t on vibrate – we checked

Was your friend supposed to call you back? Let them know you’re keeping the phone lines open for them with this meme. 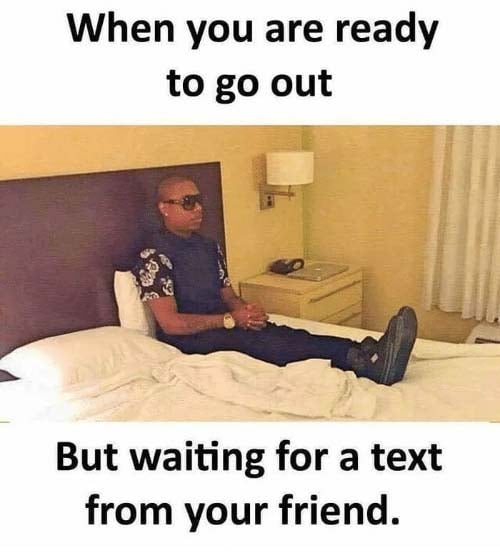 Where are you at?

Carpooling is great for the environment, but dang can it get on your nerves. Sometimes you just want to be able to choose for yourself when you head to the party, and when you come home. 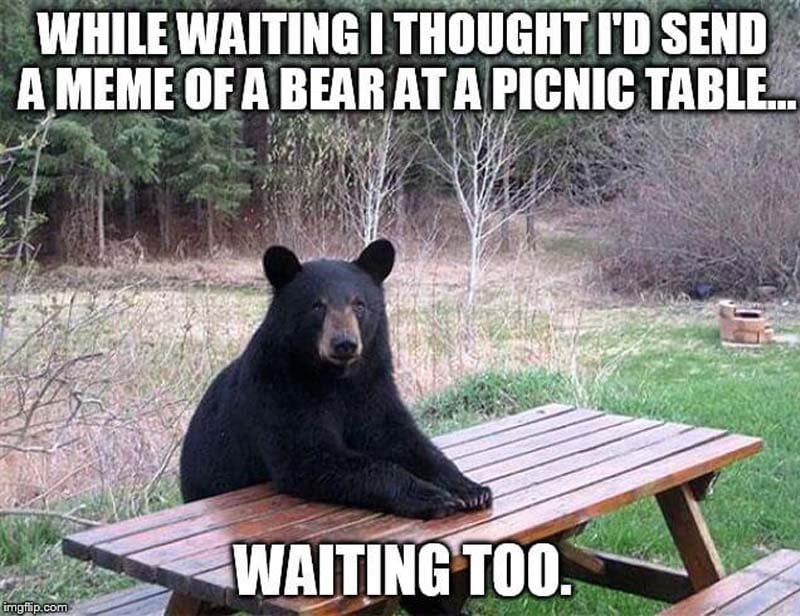 Bear-ly hanging in there

Verging on passive aggressive – we like using this meme with friends we’re close with, who we know won’t mind getting a little flack for their tardiness. 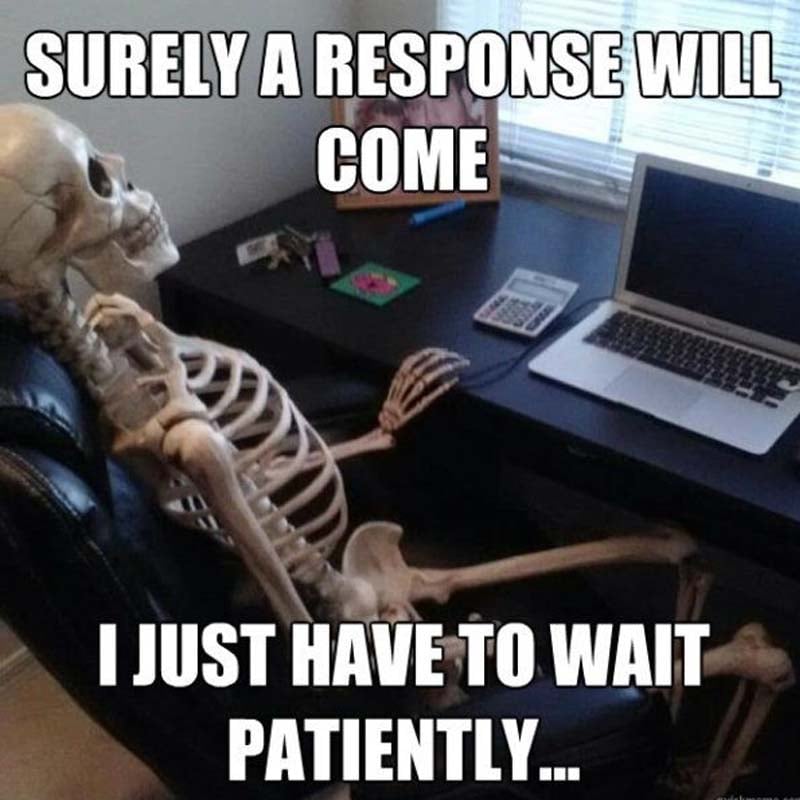 You can’t have a list of memes about waiting without adding one of a skeleton. Let your friends know they’re aging you two years for every minute they’re late. 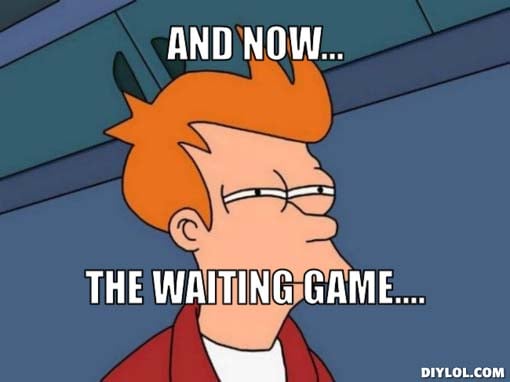 For the chronically late

This one is great for people you’ve already had discussions with about their tardy habits. When they say they’re “on their way” (we all know that means they don’t even have shoes on yet) just shoot them this meme immediately. 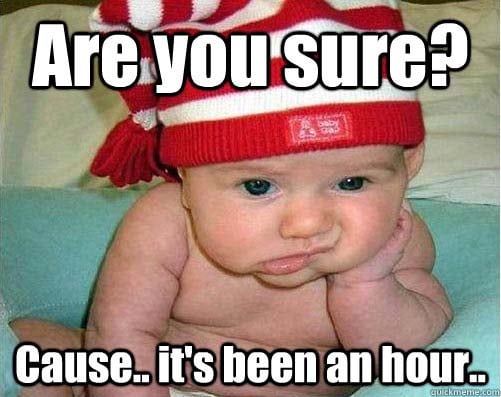 Did your friend say they’d be with you shortly? Send them this meme if they still haven’t contacted you in over an hour. It’s sure to make everyone chuckle even if it is a frustrating situation. 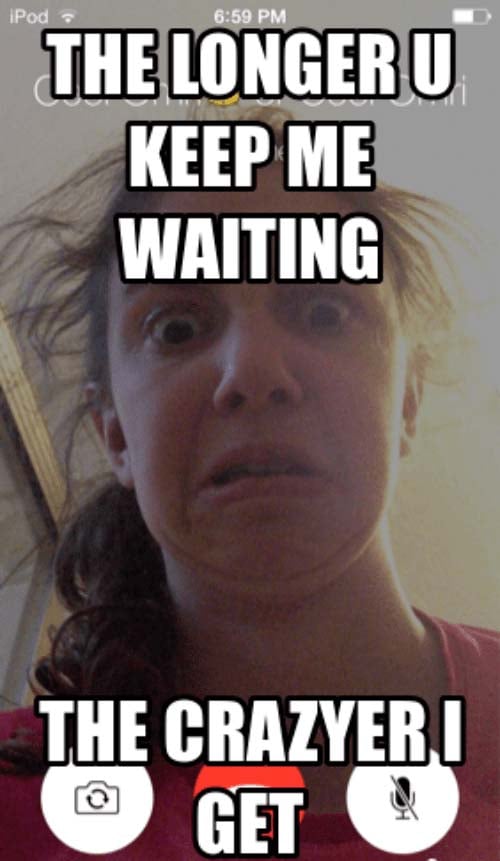 We’re losing it over here

Waiting is such an awful feeling, let your friends know they’re eroding your sanity by sharing this image with them. 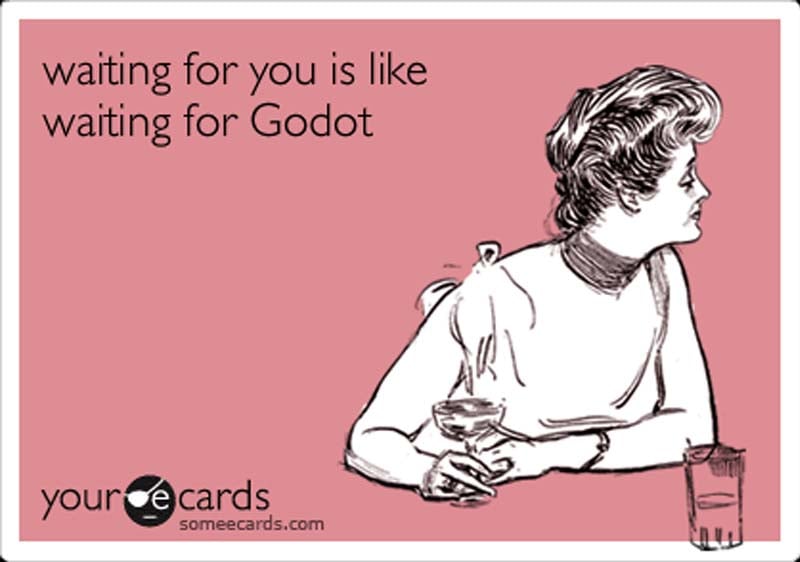 One for the theater kids

Let your theater friends know you’re losing all hope of them ever showing up by sending them this Waiting for Godot meme. If this isn’t an effective guilt trip, then nothing will work on them. 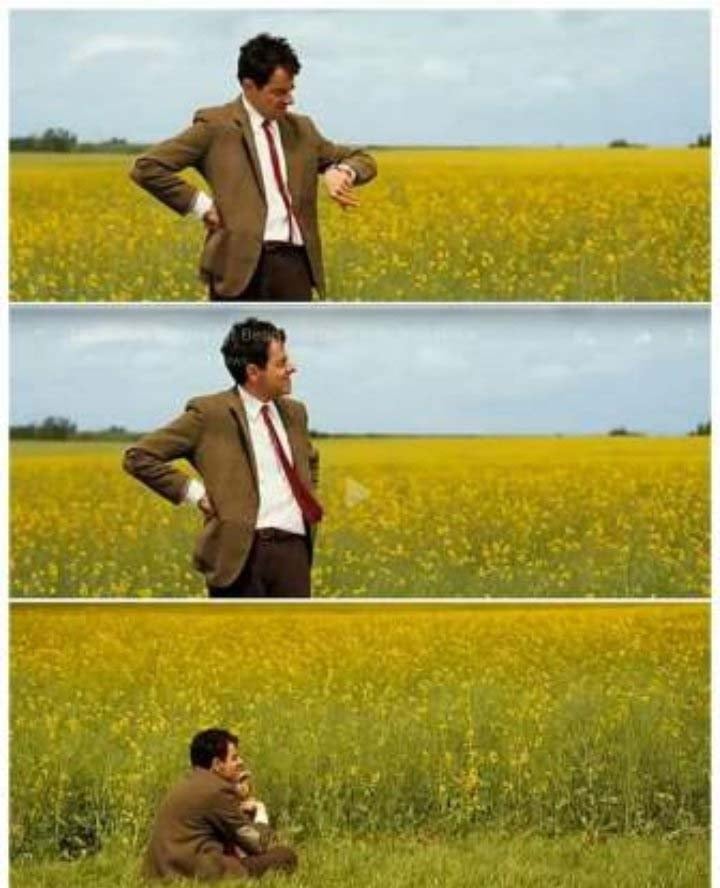 Subtle and to the point

They say a picture is worth a thousand words. This textless meme drives the point home pretty well, if you’re needing to let your friend know they’ve left you hanging.