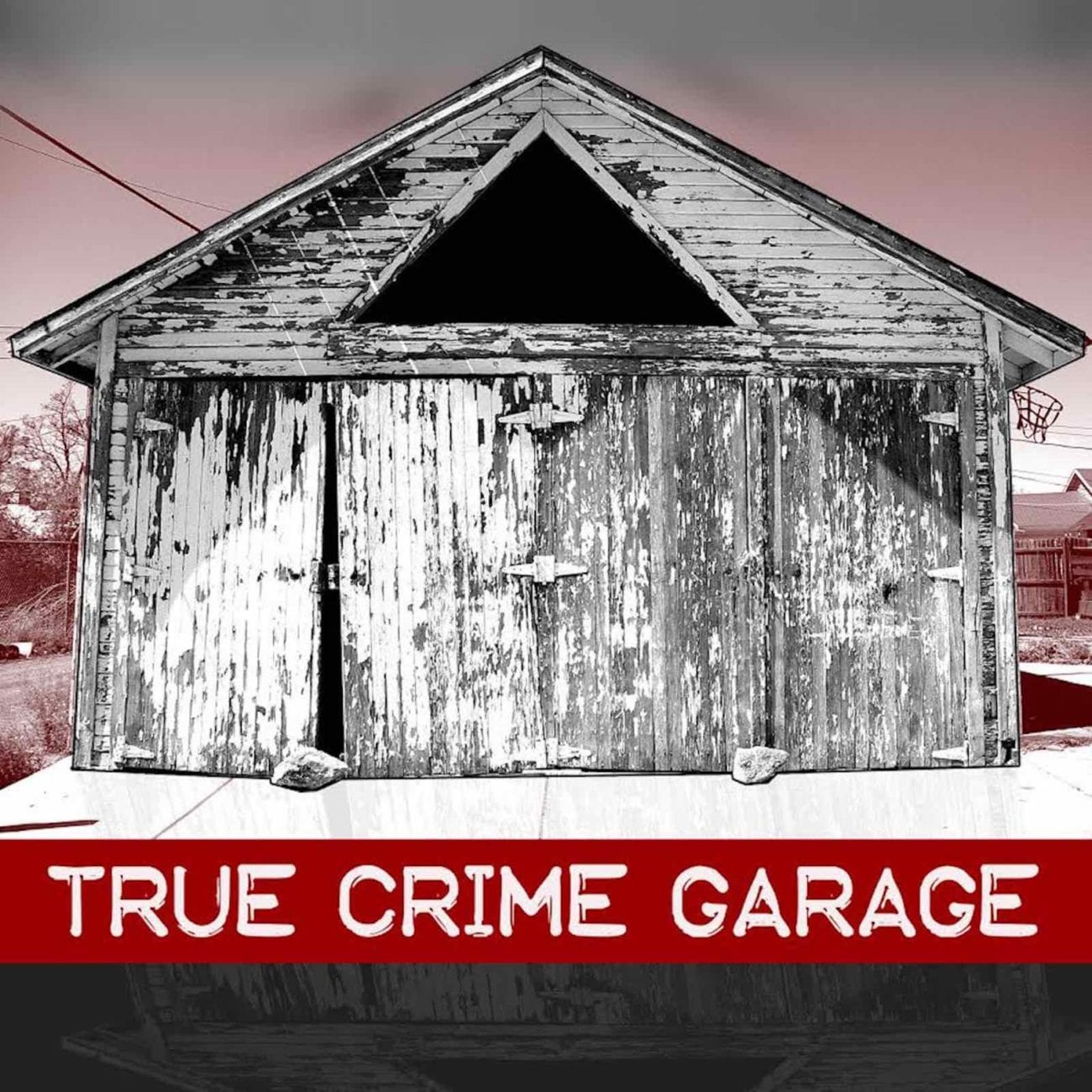 The most unforgettable episodes of ‘True Crime Garage’ podcast

Nic and The Captain of True Crime Garage pull up a chair each week to tell their listeners all the dirty details of a horrendous crime. They pop open a beer and get the story underway. Each story gets its due, with a solid hour or more spent dissecting the cases, offering theories and ramping up the outrage.

Nic and The Captain don’t shy away from any of the gory details, and give their listeners a whole experience, uncovering theories and connections, and adding in their own specific humor, keeping fans of the series coming back for more. We’ve compiled a list of the very best cases covered on True Crime Garage podcast. Here are all the times we couldn’t believe our ears. 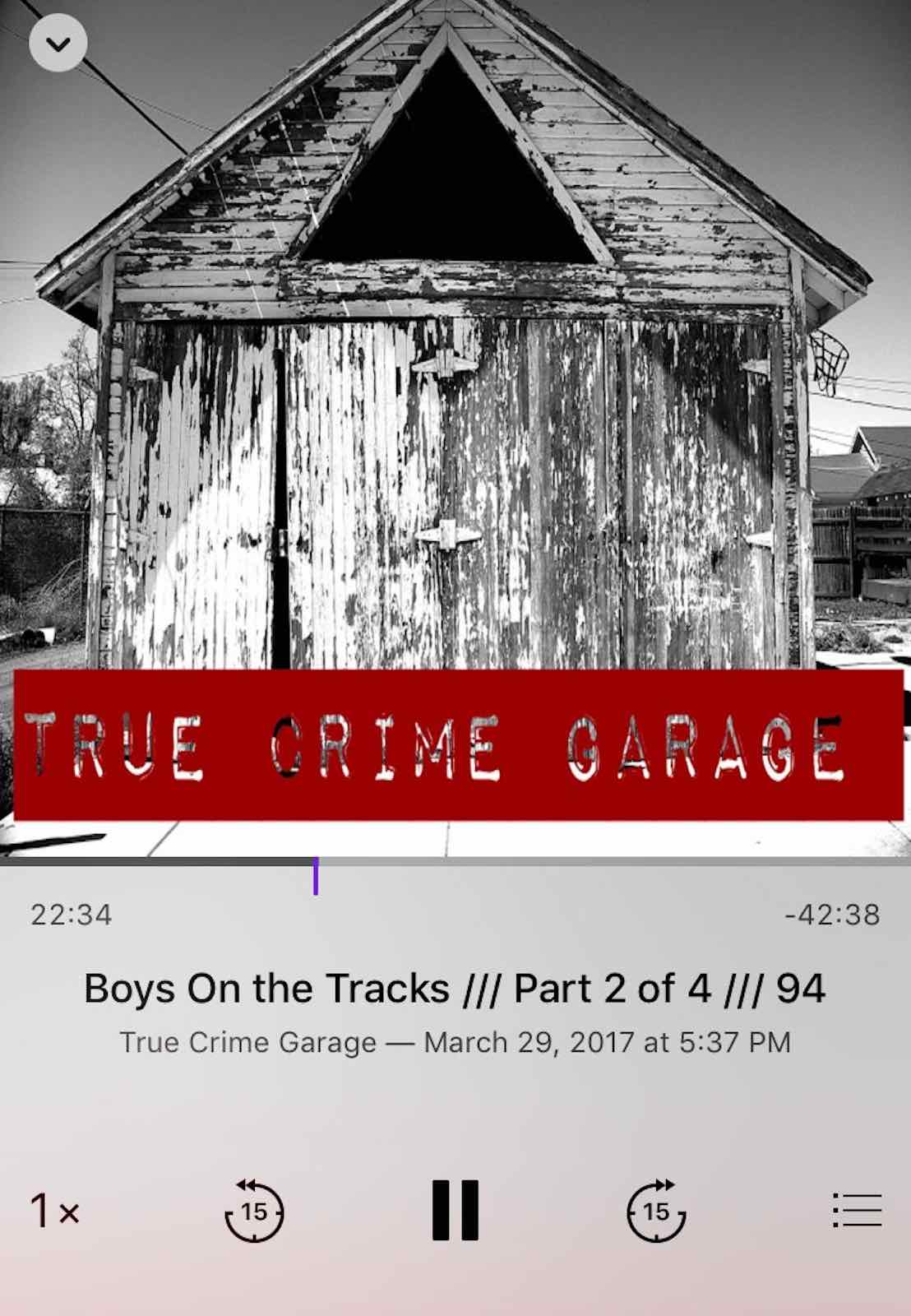 By all accounts, the engineer did a masterful job of bringing his train to a stop. It had taken a screaming, screeching half a mile. By the time the engine shuddered to a standstill, Conductor Jerry Tomlin was on the radio notifying an approaching train on a parallel track to stop because some boys had been run over. He also called the dispatcher. “Have you got injuries?” The dispatcher asked. “No,” Tomlin said. “We’ve got death.” —From The Boys on the Tracks by Mara Leveritt

True Crime Garage breaks down the case that many wanted to keep quiet. Two teenagers are run over by a train in the middle of the night. Was it an accident, a double suicide or a double murder? This episode is a four-part deep dive into conspiracy theories and jaw-dropping twists. 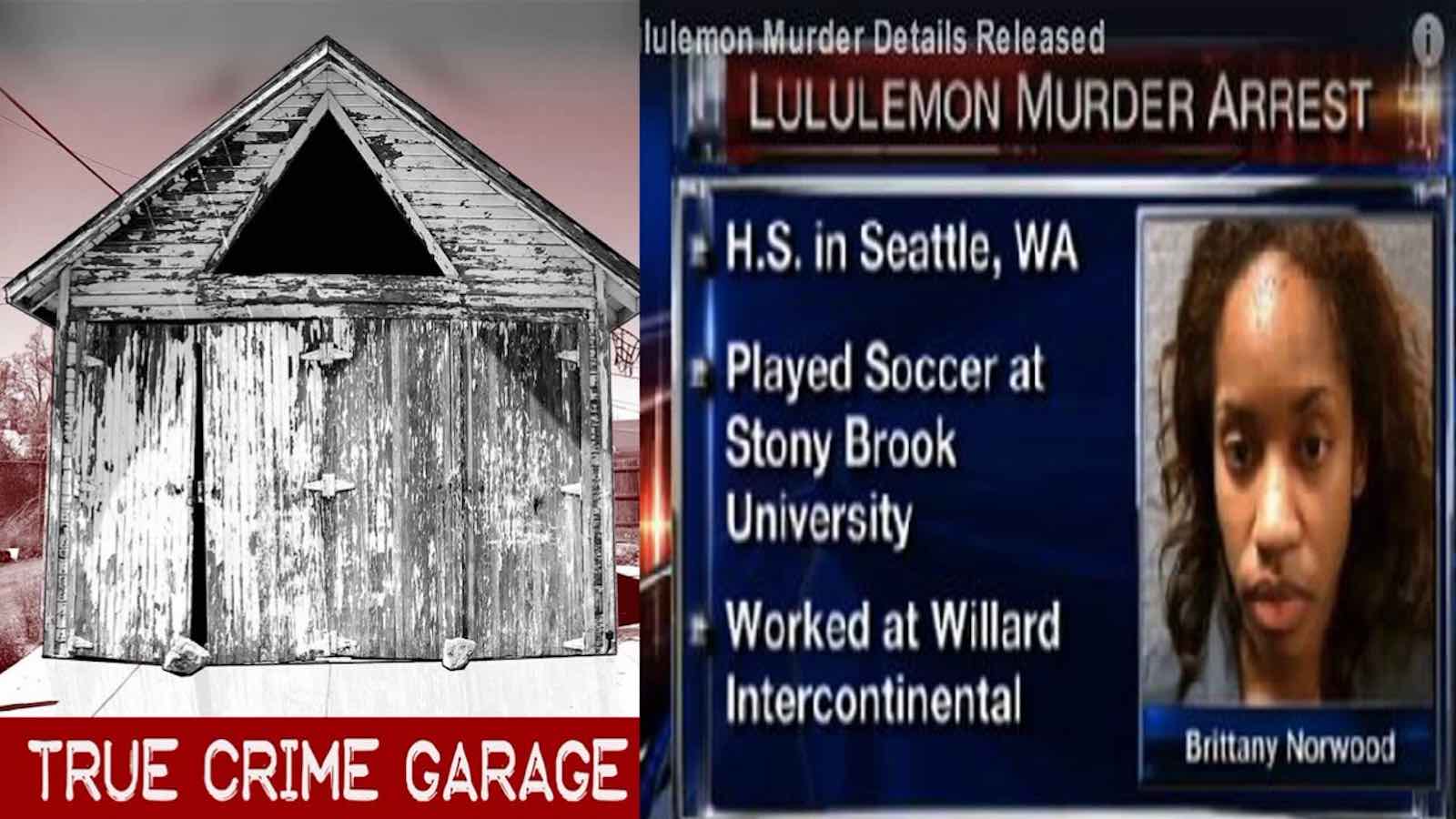 After closing, two masked men slipped into a retail store through an unlocked door. When the two intruders unexpectedly find two employees in the store a brutal attack is unleashed. Dan Morse, author of the book The Yoga Store Murders called the crime ”mayhem in Bethesda”.

With a nightmare-like setup, the Lululemon murderers appear to be random guys in ski masks who could slaughter and rape women in an opportunistic strike. With a shared wall full of witnesses, the murders happened where people thought they would be safe. 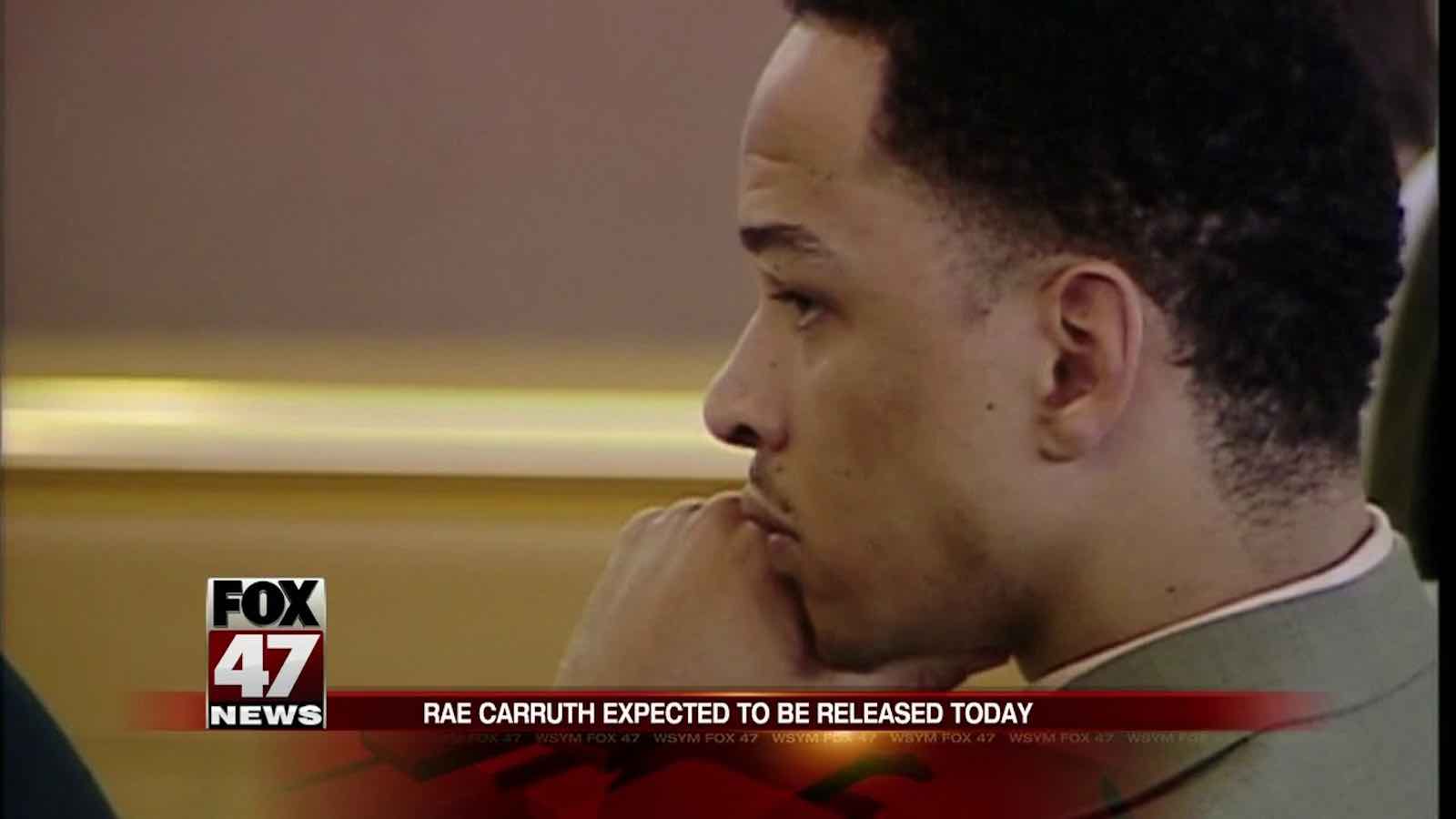 Rae Carruth was blessed with every advantage one can think of. He used his speed to carry him all of the way to the National Football League. Drafted in the first round by the Carolina Panthers, Carruth was getting paid big bucks.

However, when his girlfriend refused to have an abortion, Rae set her up to be killed. Nic and Captain explain where everything went wrong. 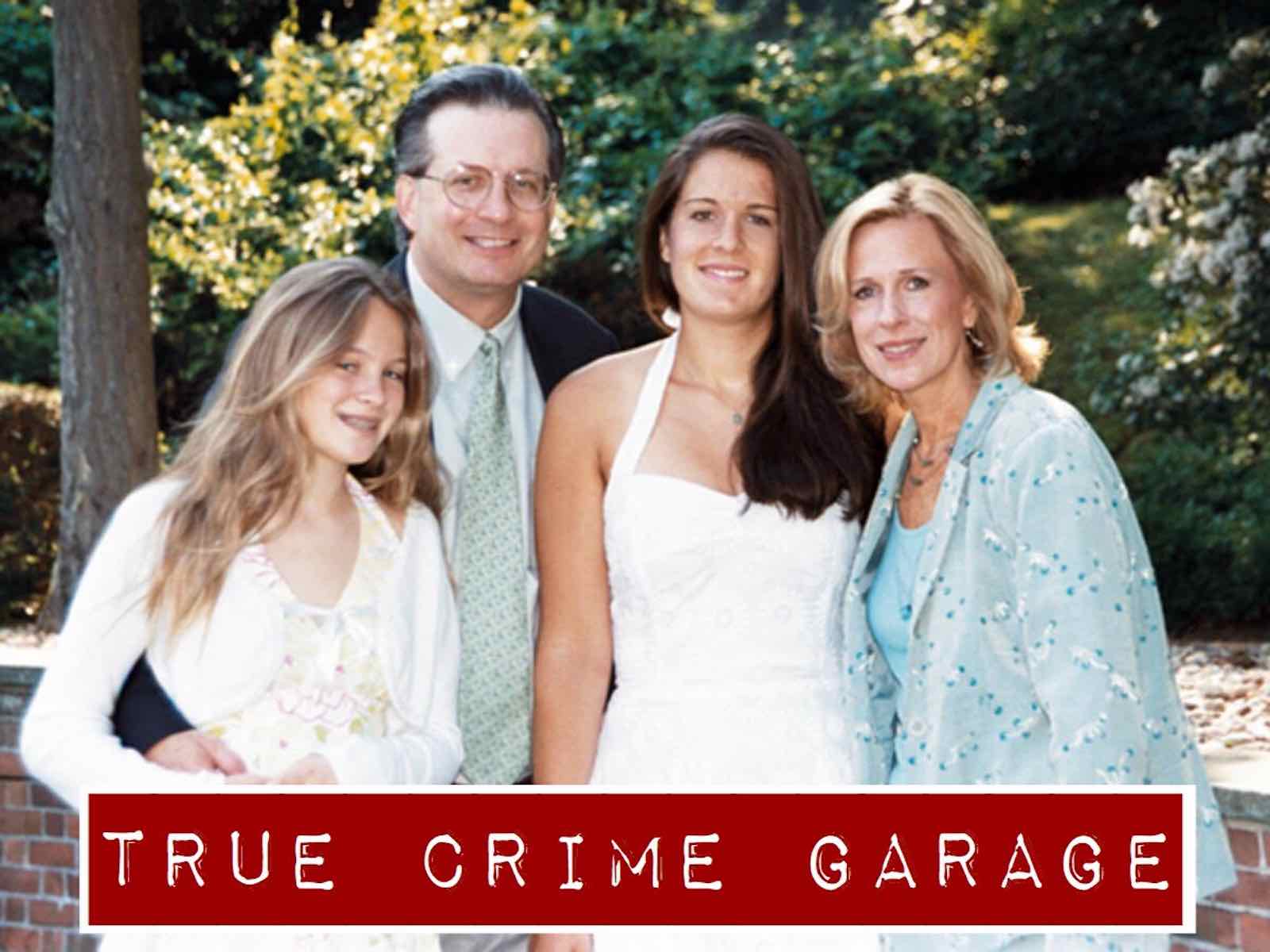 Two petty criminals met and became friends at a halfway house, meant to be rehabilitating both of these criminals with lengthy records back into society. After the friendship was formed the house burglar taught the car thief how to break into homes of well to do families.

In July of 2007, the two men broke into the home of Dr. William Petit. Petit had lived at the home on Sorghum Mill drive in the quiet safe town of Cheshire, Connecticut for 20 years. The criminals break in to find Dr. Petit at home with his wife and two daughters, and a truly horrifying and haunting night begins. 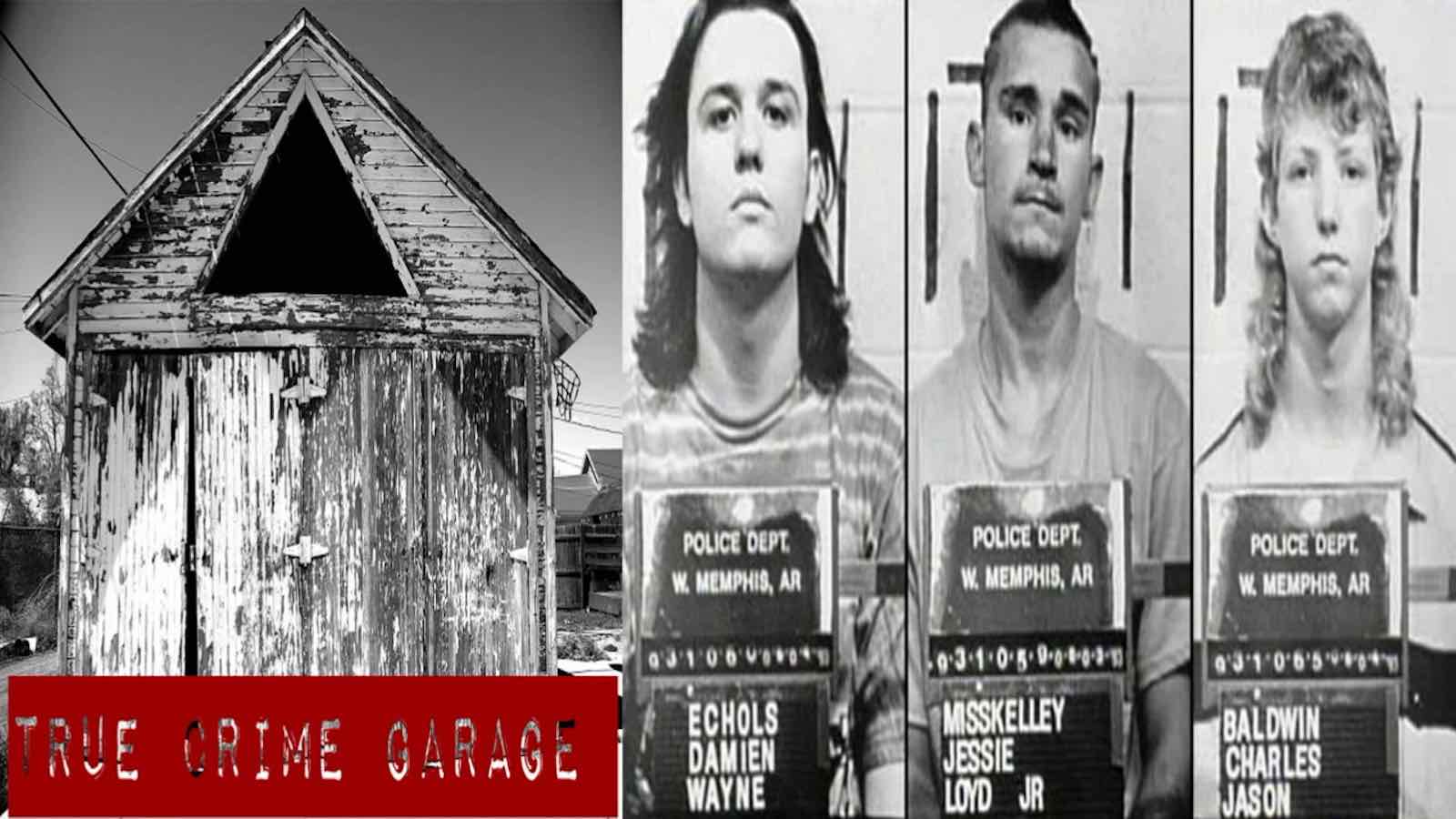 On May 5, 1993, between the hours of 8 pm and 10 pm three sets of parents separately call the police, each reporting their son to be missing. It was quickly determined the three 8-year-old boys were last seen together and they may have wandered into the woods on the edge of the neighborhood.

The following afternoon police pulled the three dead boys from a drainage ditch located in the Robinhood Hills woods. The findings and investigation would be the subject of many books and movies to come. 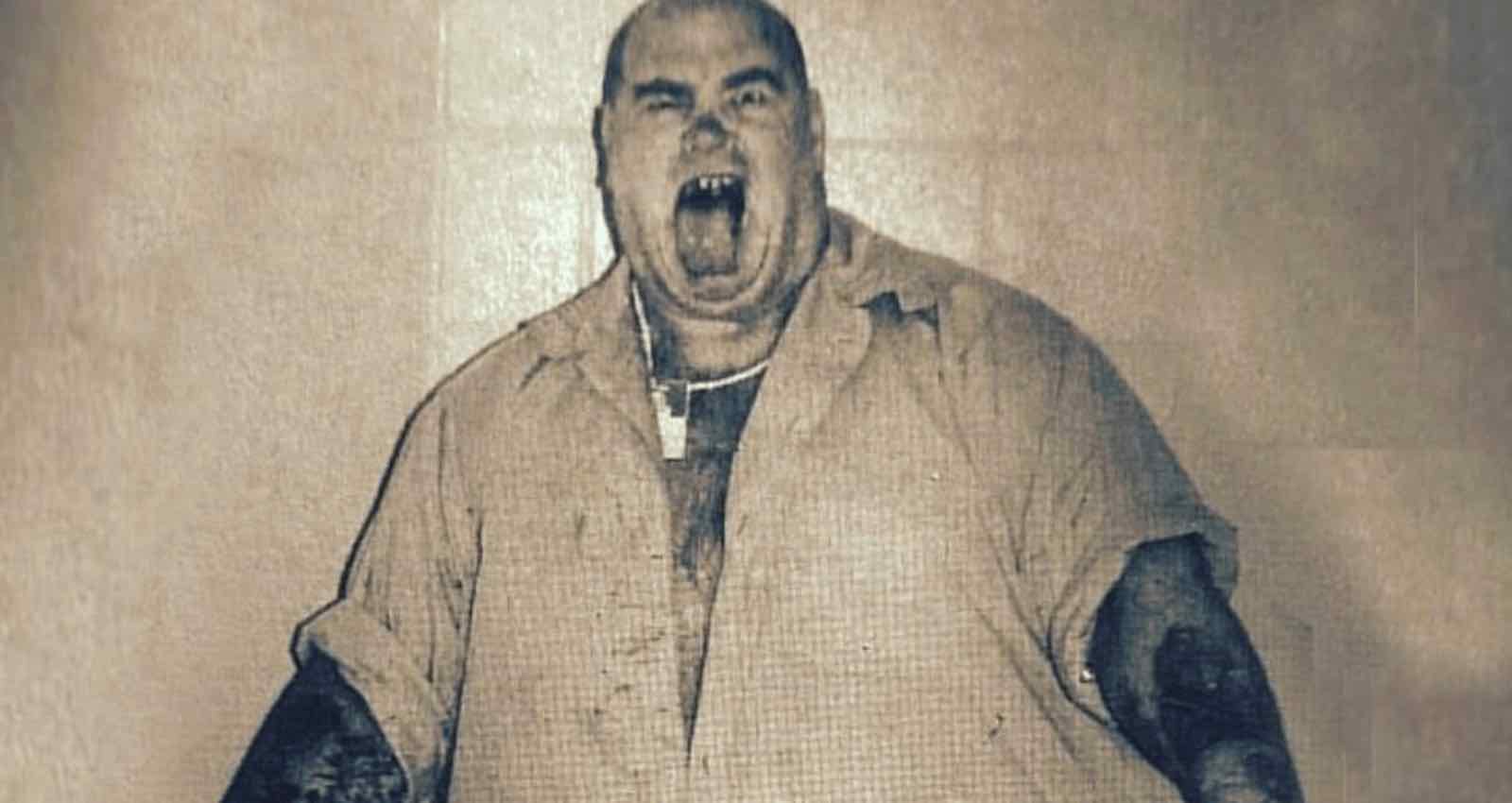 An overweight man picks up a woman from a local bar in southwest Baltimore. He invites her back to his trailer with the promise of drugs and alcohol, and she decides to join him. Once at his home, he begins making sexual advances toward her, becoming increasingly aggressive as she turns him down, eventually he attacks her.

Somehow she manages to escape and has the man arrested. Just days later he’s arrested again, this time for a young woman’s murder. Once he starts talking to investigators, his murderous past is revealed. 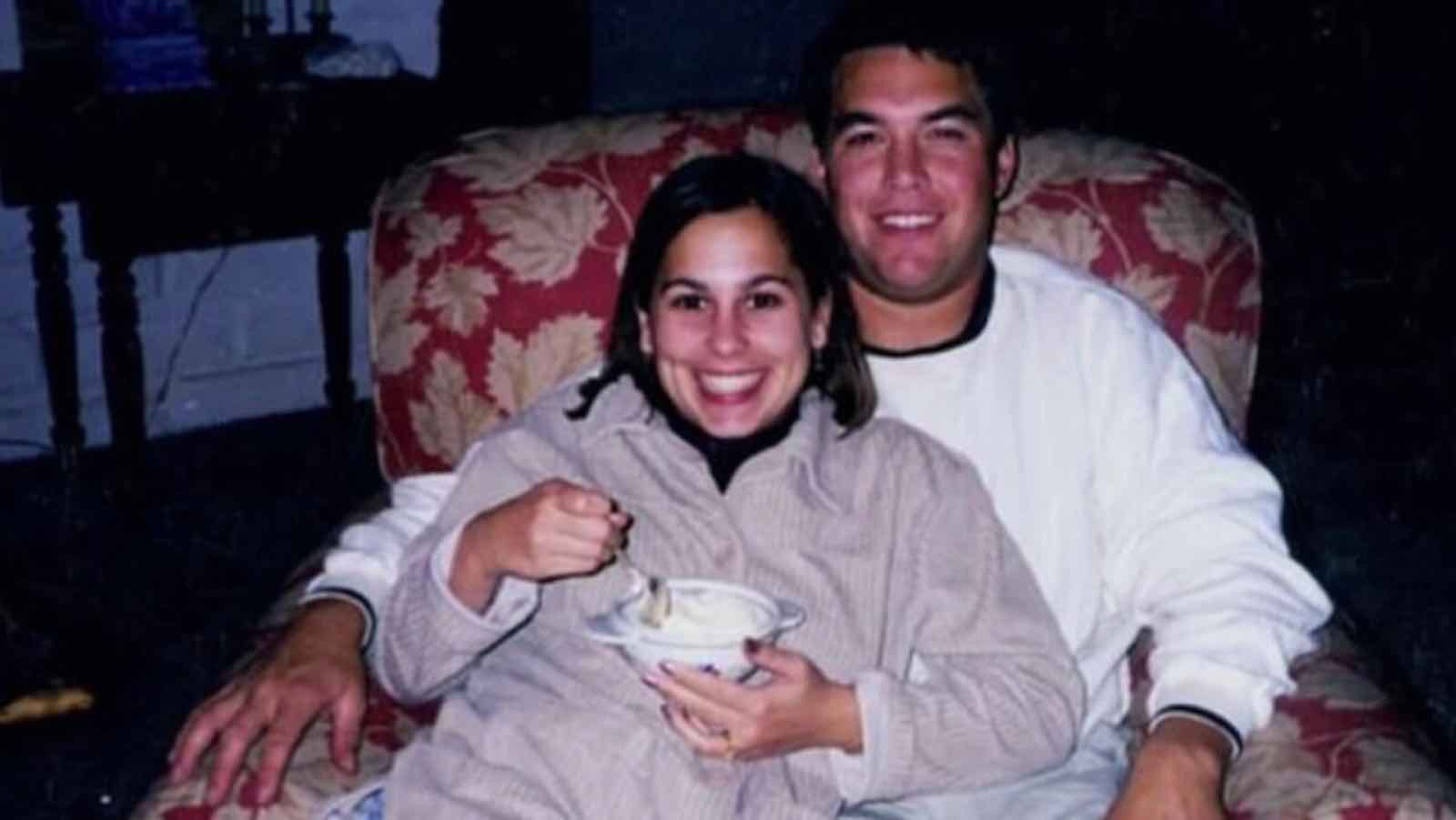 Nic and Captain take on one of the most infamous murders in recent history. Husband and father to be, Scott Peterson left home at 9:30 am, planning on a short fishing trip. When Scott left home his wife Laci was watching television. She was planning to do a little house cleaning and then take the dog for a walk. When Scott returns home later, it’s to an empty house. Scott reported his pregnant wife’s disappearance, but it’s his crazy behavior that causes a media storm. 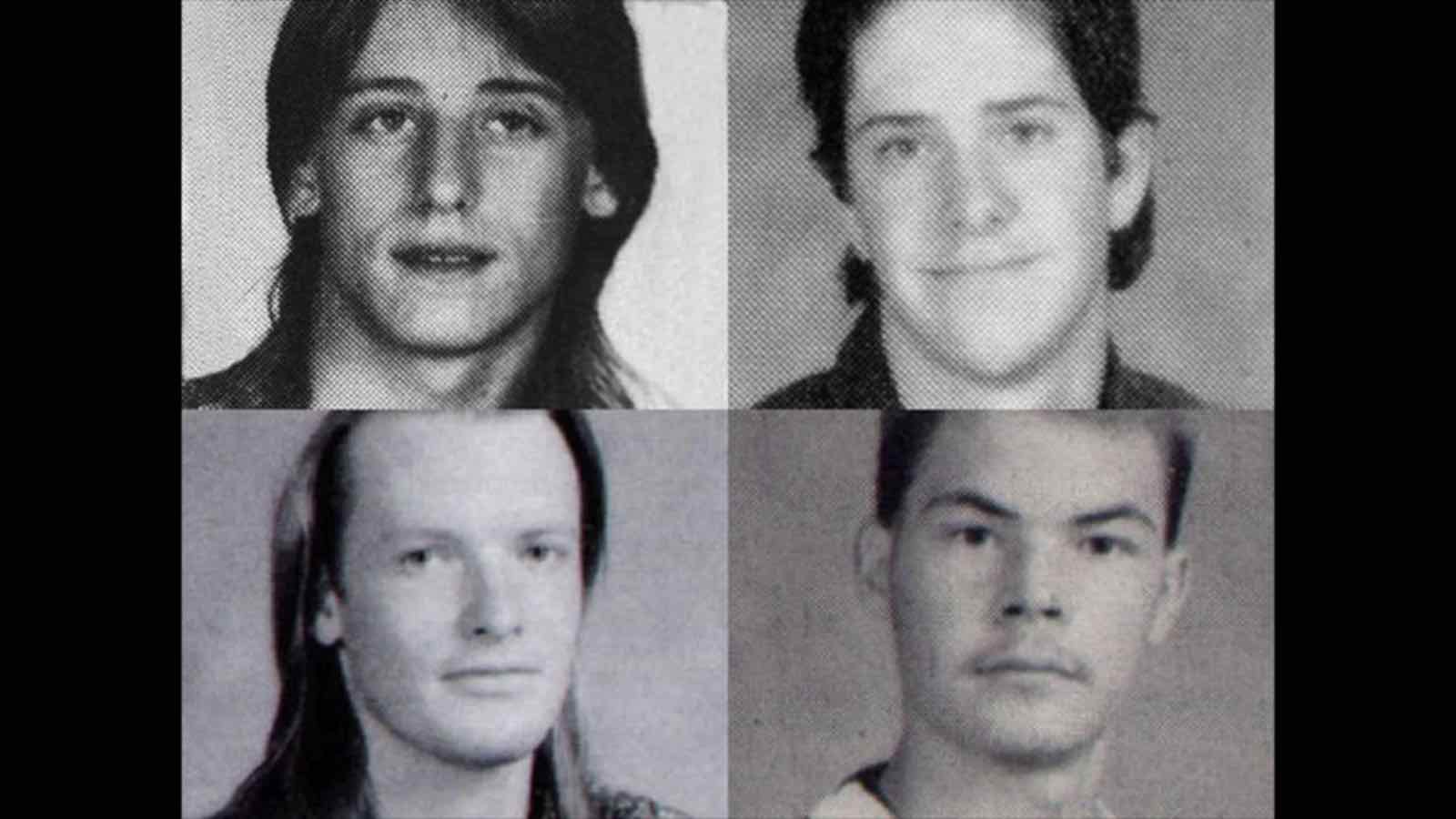 In Austin, Texas four teenage girls were bound and killed in a small yogurt shop. Four teenage boys would later be arrested and two of them found guilty of the murders. But they were eventually released when the case is overturned, and now over 25 years later this case remains unsolved.

Who killed these girls? Some still argue police had it right years ago when they questioned the four boys and later arrested them, some suggest the killer or killers are unknown to law enforcement, others point toward an insurance fraud scheme in the local judicial system. 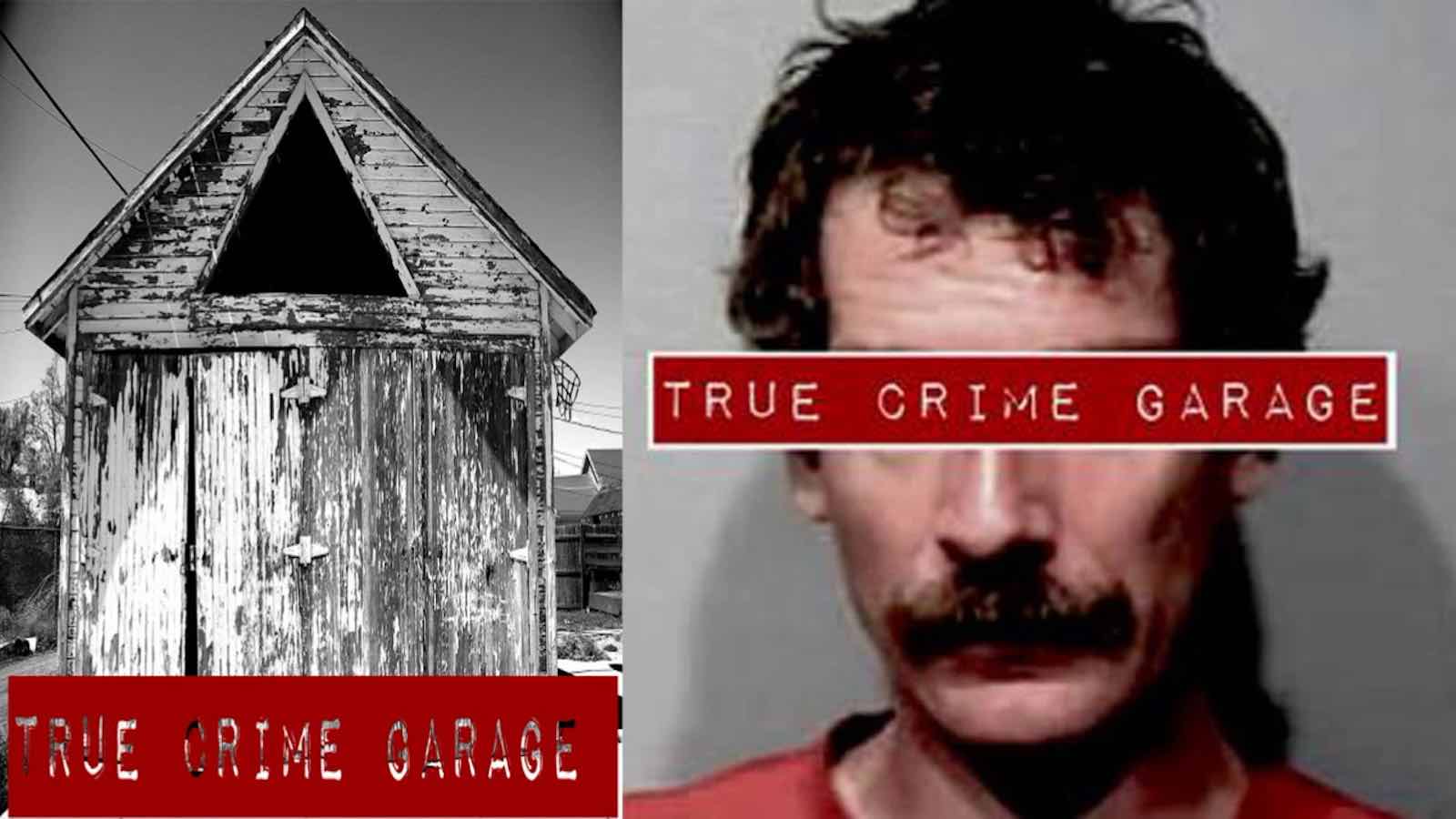 A family goes about their normal everyday activities, never realizing they were in the midst of a monster. The man lurked outside their home, stalking them, watching their every move, and waiting for the perfect time to strike.

When he did finally attack, the crime scene was so horrific law enforcement investigators called it one of the worst in American history. 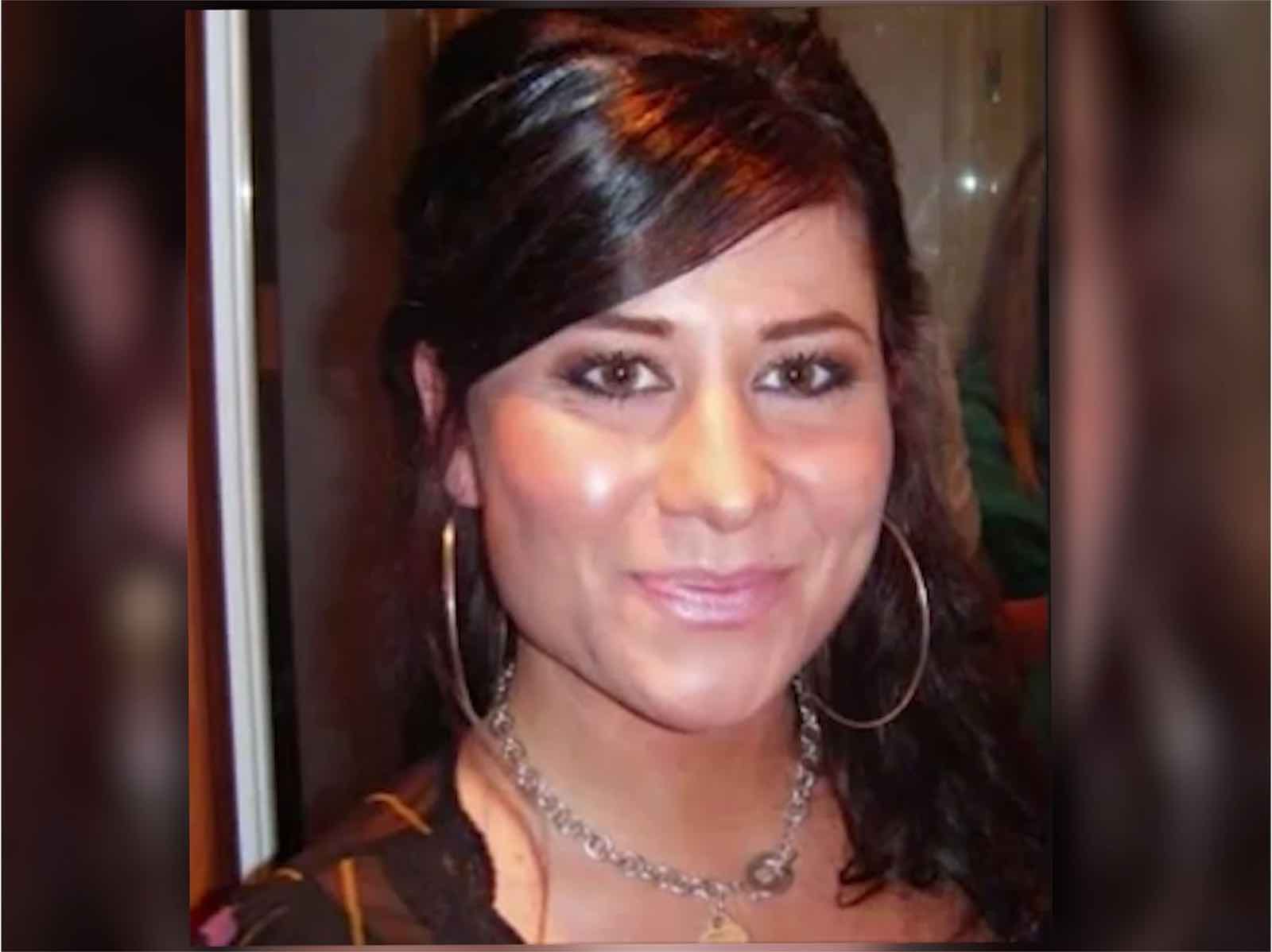 On February 2, 2008, an innocent 24-year-old realtor was savagely stabbed to death while showing a home. Considered one of Canada’s highest-profile unsolved mysteries, Lindsay Buziak was unsettled enough about an upcoming showing to ask her boyfriend to meet her there.

By the time he got there with a friend, it was already too late. The podcast True Crime Garage gives listeners all the theories to Lindsay Buziak’s murder that keep Canadians on edge.