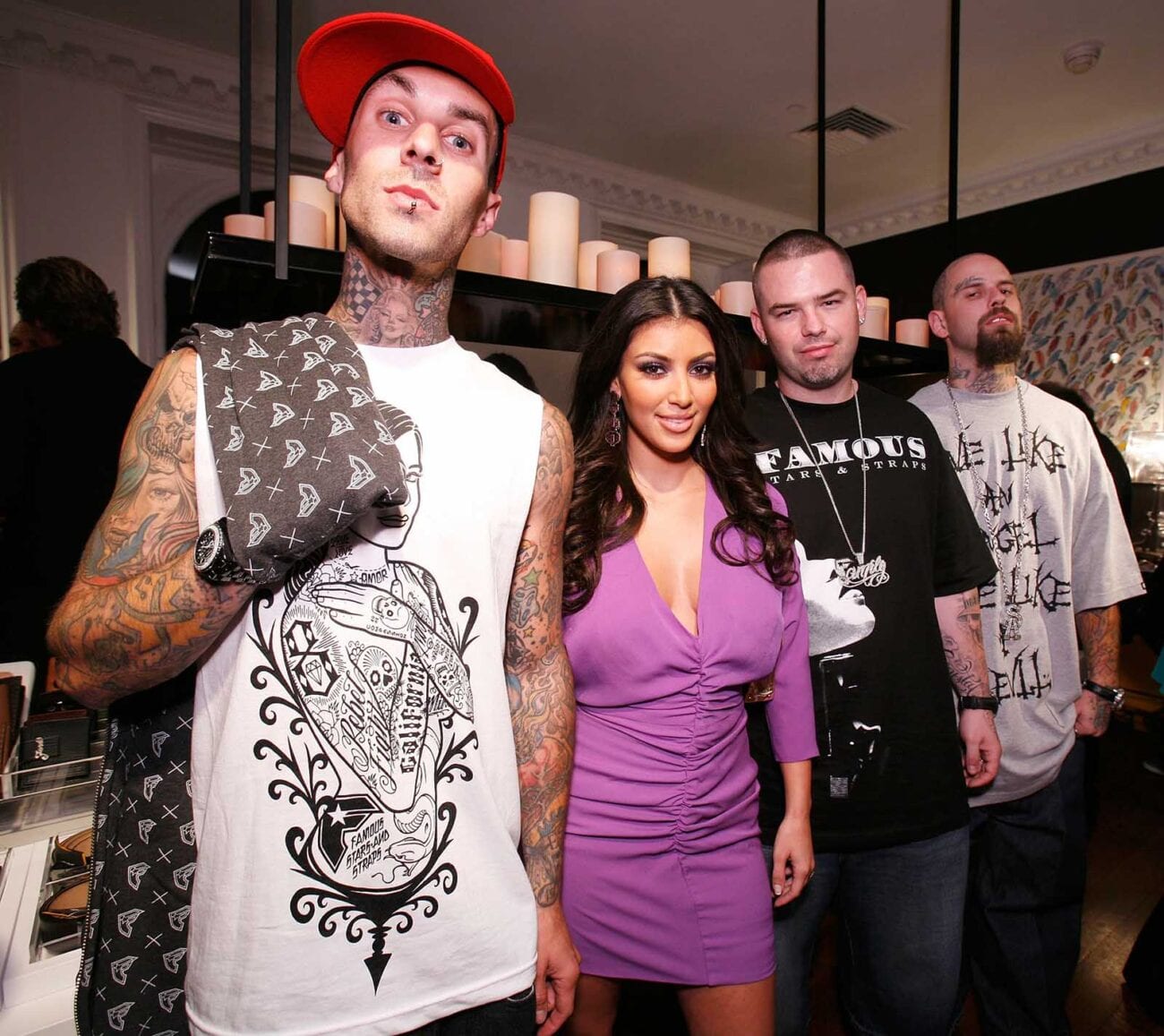 Travis Barker and Kim K: Are the stories told by his ex-wife true?

Well, folks look at that– today’s Kardashian tea time is already upon us. The past few weeks have brought most of the Kardashian clan to light, between rumours of Kourtney’s nanny-shaming and Kylie’s new photoshoot, but this week brings us to queen bee Kardashian (not Jenner) Kim. However, Kourtney’s tied into today’s story too, as the new drama concerns her new hubby drumming icon Travis Barker.

Travis Barker lit up headlines as soon as the media caught wind of his dating Kourney Kardashian in early 2021. However, Kourtney isn’t the Kardashian making headlines with Travis Barker today, as the rock star’s ex-wife has claimed Barker hooked up with Kim back in the day. 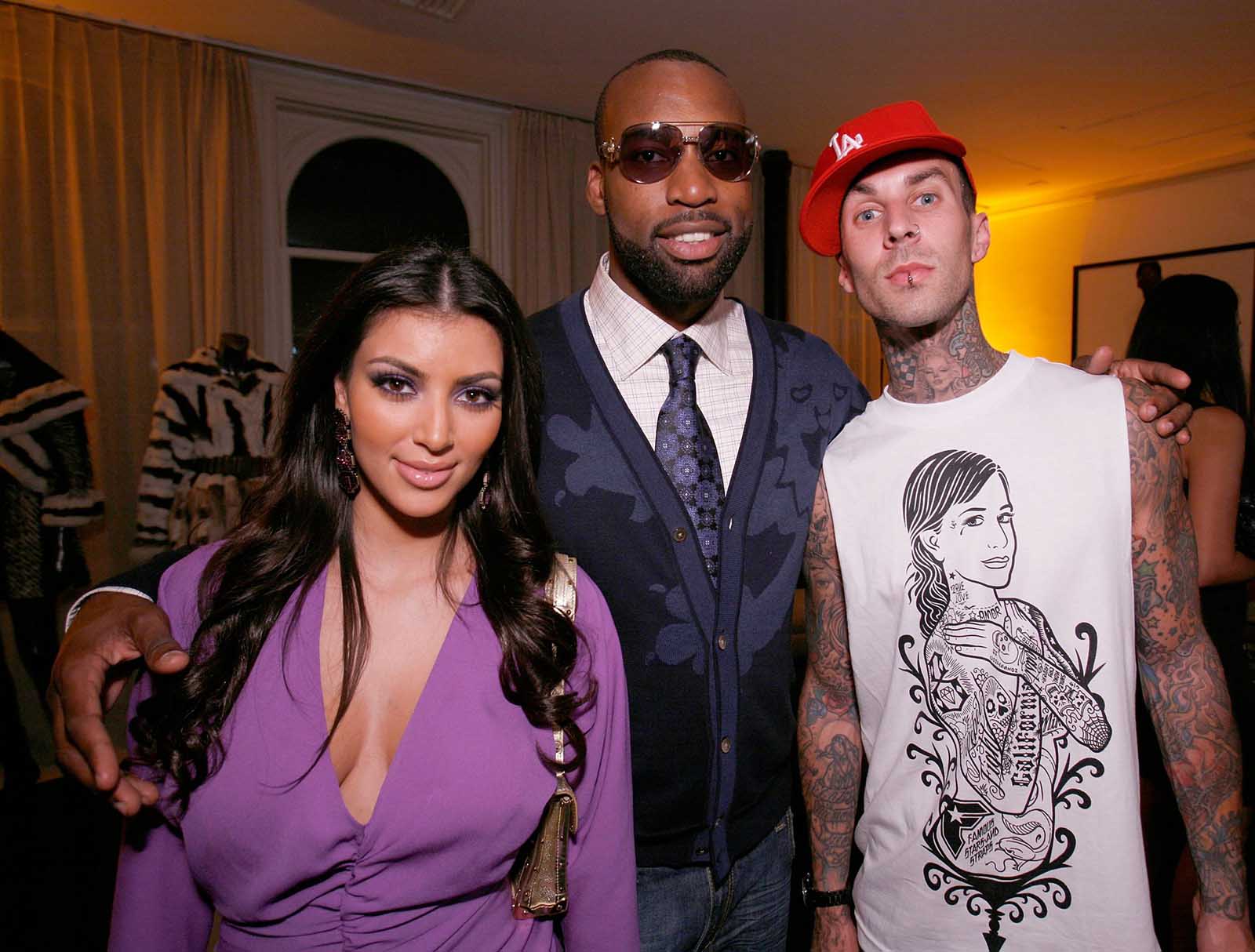 PopSugar reported this week that Kim Kardashian has finally addressed rumors about alleged hookups with Barker following allegations made by Barker’s ex-wife. The ex-wife, Shanna Moakler, accused Kim of having an affair with Travis Barker when she & Barker were still married, before their divorce was finalized in 2008.

Barker’s ex-wife Moakler & the rocker were married from 2004 to 2008, and the two have a daughter & son together. Reports say Barker also remains close to the daughter of his ex-wife & famous boxer Oscar, Atiana De La Hoya, who he was stepdad to when married to Moakler. Barker & his ex-wife have been divorced for years, but the recent Kardashian tea is alleged to go back to the early days of their marriage.

Reports say Moakler not only claims Travis Barker & Kim Kardashian had an affair during Barker’s marriage, but also the affair was the reason for the couple’s split in the first place. Moakler addressed the Kardashians to TMZ, thanking them for “destroying [her] family”, making fans wonder just what Barker’s relationship to the Kardashians has been over the years. 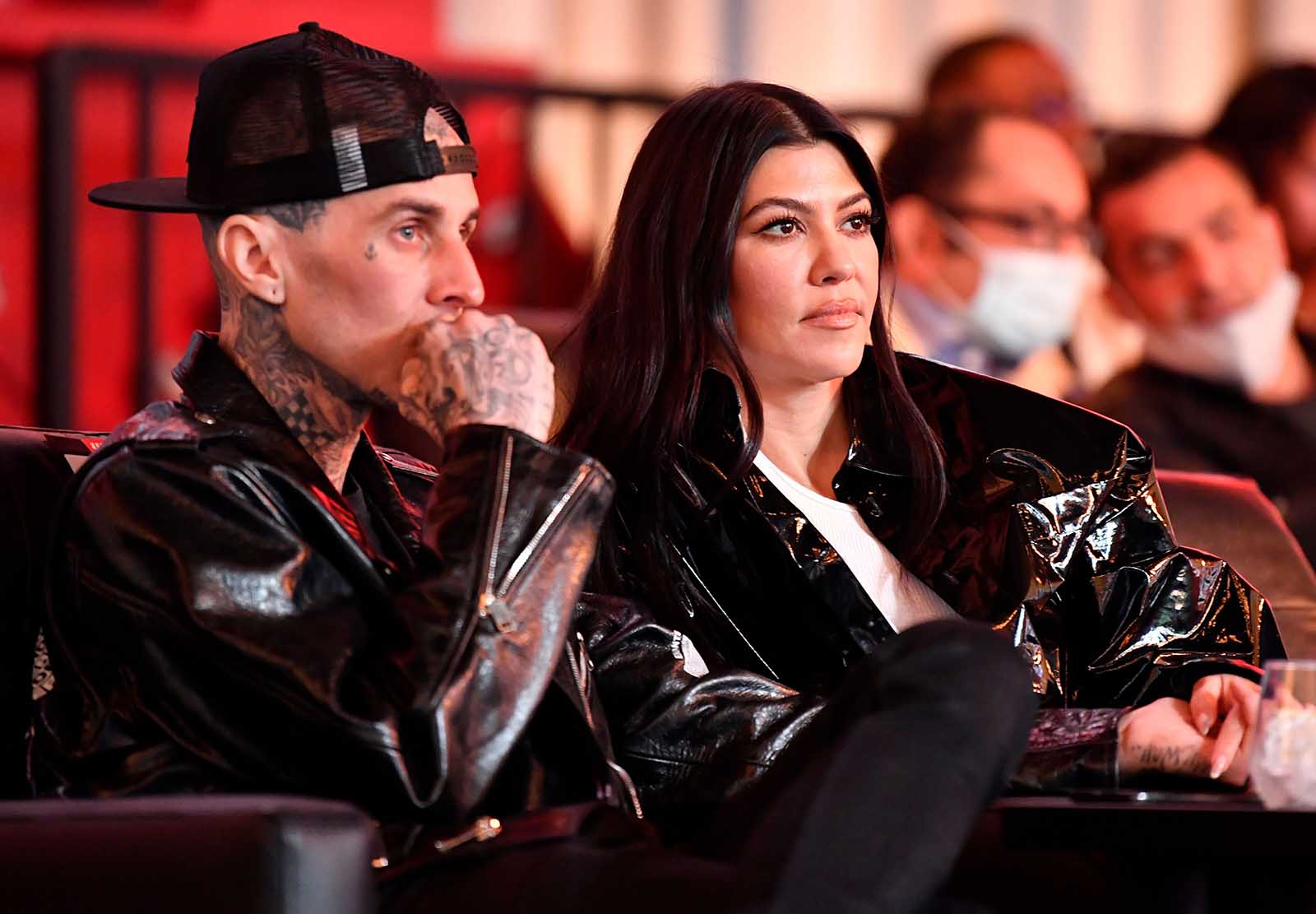 Travis Barker has been a public friend & supporter of the Kardashian for years, showing up on Keeping Up with the Kardashians, and even speaking about Kim in his book.

Travis’s book, Can I Say: Living Large, Cheating Death and Drums, Drums, Drums, published in 2015, revealed during Barker’s time dating Paris Hilton, he couldn’t take his eyes off famous friend Kim. However, Barker has consistently denied anything happening between him & the fashion icon. 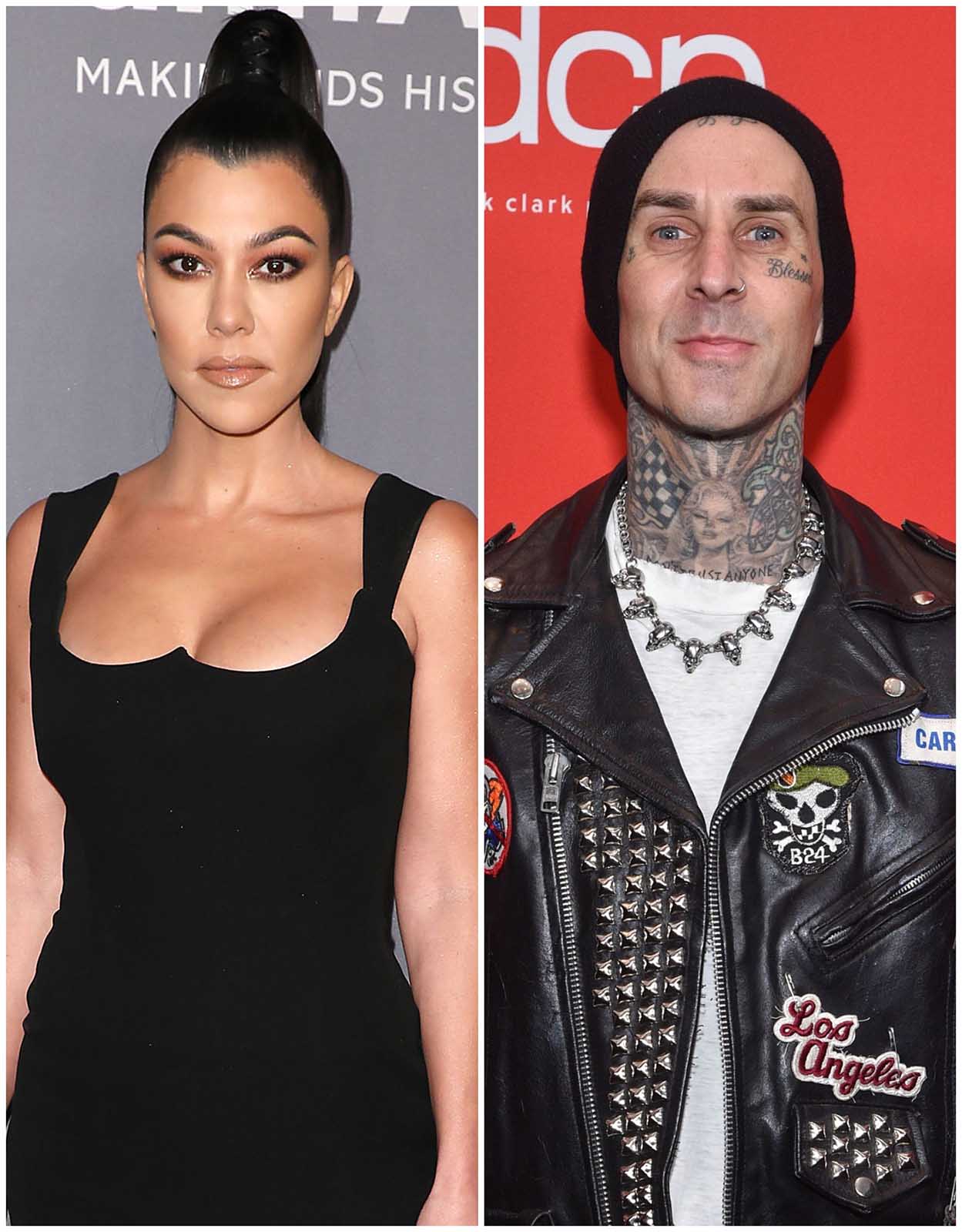 Since Travis Barker has been publicly dating Kim’s sister Kourtney, Moakler’s past claims are resurfacing into the spotlight, and she is reported to tell TMZ the Kardashian clan has now broken up her family twice with Barker’s current relationship with Kourtney alienating her from her kids.

Considering Barker’s history with the Kardashian family, fans wanted to know what Kim had to say concerning the rumors about her and the world-famous drummer. She took to Instagram last week to get in front of the gossip. 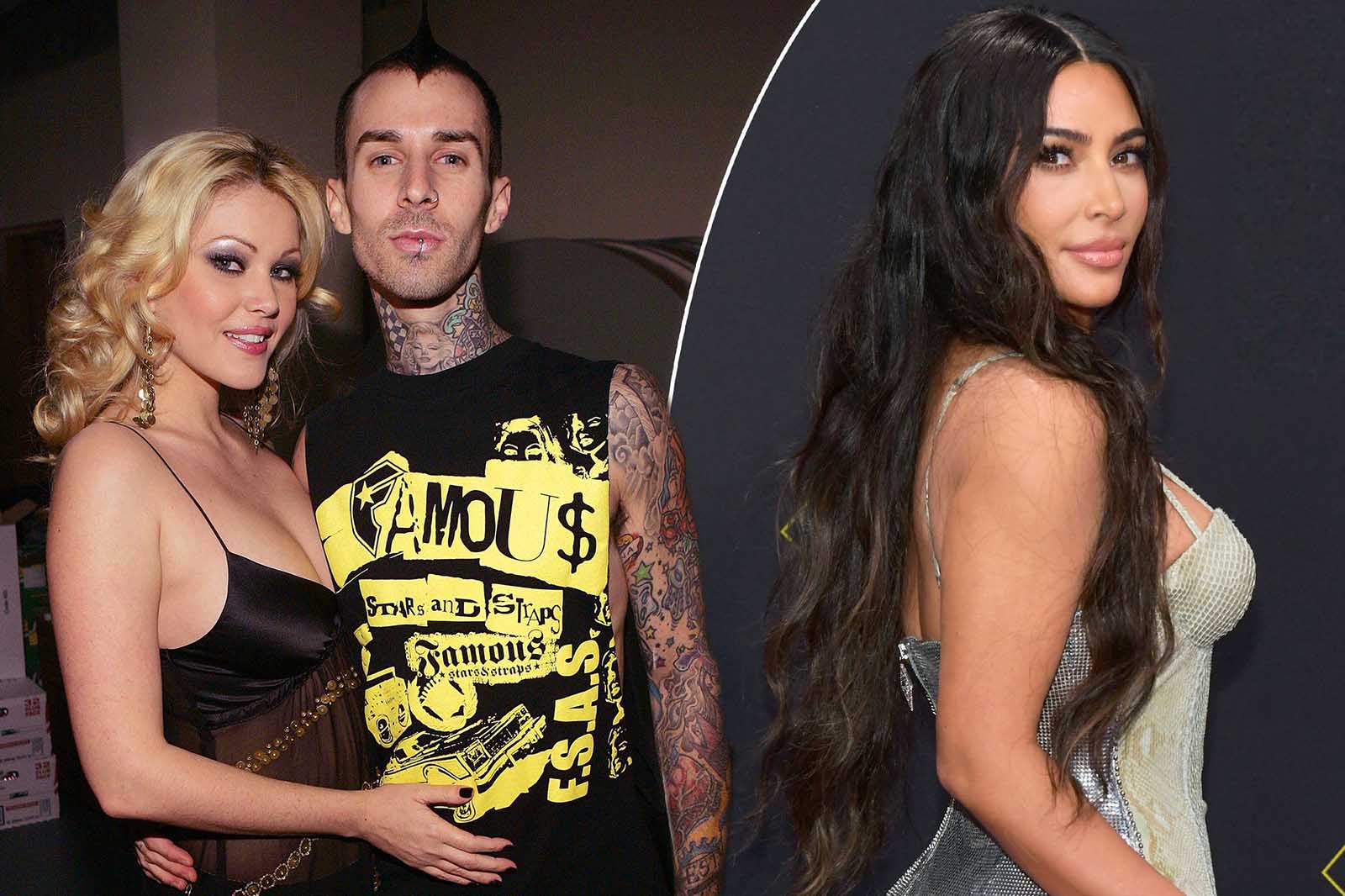 Last Wednesday, Kim gave her fans a Q&A on her Instagram stories, and the Kardashian cult didn’t shy away from asking her the tough stuff, prying about Moakler’s accusations.

Kim responded definitely, and she is quoted saying, “NO! False narrative! We’ve been friends for years and I’m so happy for him and Kourt.” when asked if she ever hooked up with Travis Barker. The Insta story seems to both imply Kim not only didn’t have an affair with Travis during his marriage, but has never hooked up with the rocker in any instance.

For now, Kim is sticking to her guns, saying she & Travis never hooked up, and the only Kardashian for Barker was & is Kourtney. Kourtney & Travis have been dating since late 2020, and the couple shows no signs of stopping. However, if the allegations concerning Kim continue, we can only imagine how the two will fare in the future.

Is Kim telling the truth? Let us know what you think in the comments below!