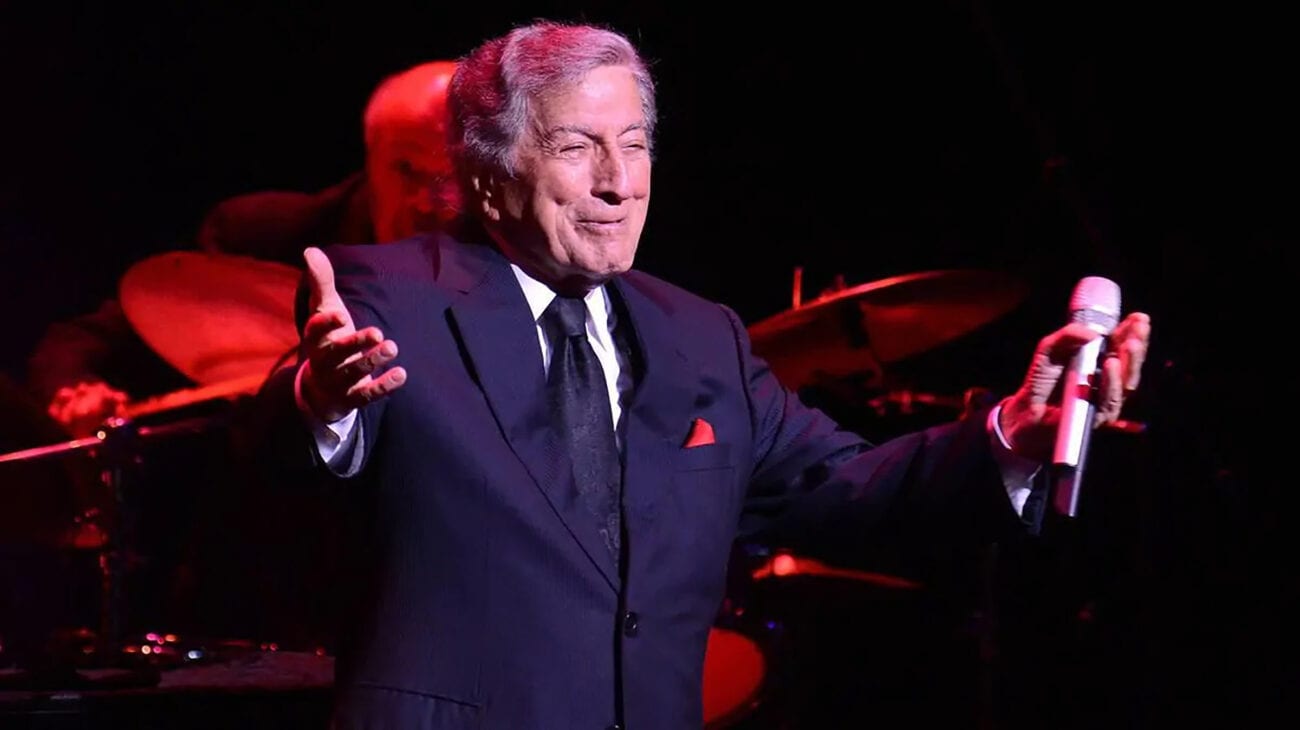 Sadly, a music legend has succumbed to one of life’s tragedies. Singer Tony Bennett’s family have revealed to AARP.org that he was diagnosed with Alzheimer’s disease back in 2016. Bennett first began experiencing memory issues in 2015, but with his wife as a solid caregiver, he’s been able to continue functioning quite well despite his condition.

The first clue that Bennett was developing memory issues came in 2015 when he told Susan Bennett, his wife, that he couldn’t remember the names of the musicians that played with him onstage. He was 90 at the time and wanted to see a doctor.

Bennett began to show significant decline about two years after his diagnosis while working on his second album with Lady Gaga. The two had previously recorded the 2014 album Cheek to Cheek and gone on tour together. But when Gaga brought up memories of the fun they’d had together on that tour, Bennett only responded with distant one-word answers. 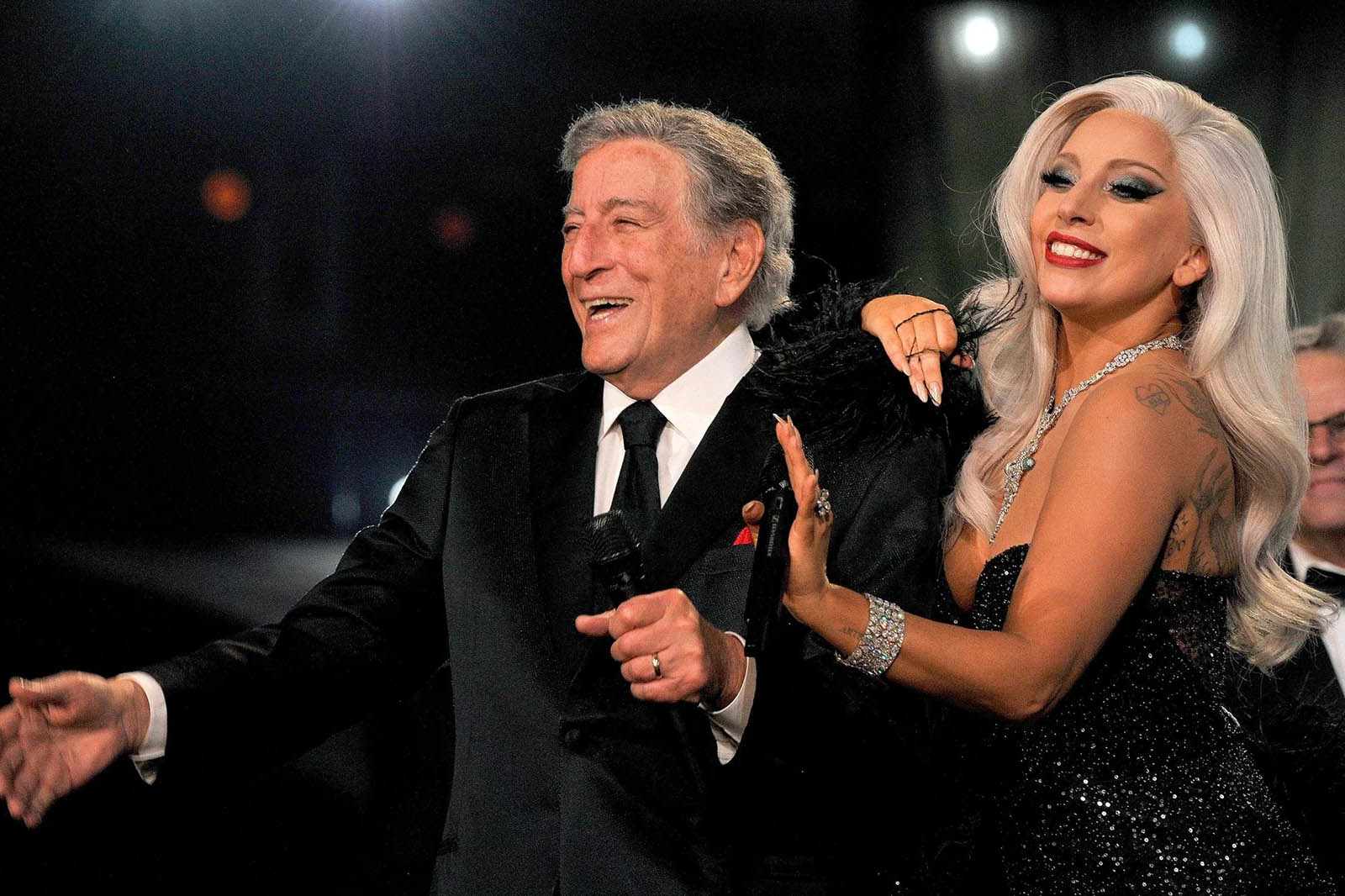 The music goes on

Gaga & Bennett continue to work on completing the album. Gaga, clearly aware of his condition, kept her comments short and simple (as is recommended by experts in the disease when talking to Alzheimer’s patients). “You sound so good, Tony,” she told him. “Thanks,” was his one-word response.

Gaga remarked that she thinks “all the time” about their 2015 tour. Tony looked at her wordlessly. “Wasn’t that fun every night?” she prompted him. “Yeah,” he said, uncertainly.

The new LP offers lush, gorgeous duets, with both singers in superb voice. But there is one job, in connection with the record, that Tony is not able to perform – promotional interviews. This situation finally prompted Susan and their son Danny to break the silence around his condition. 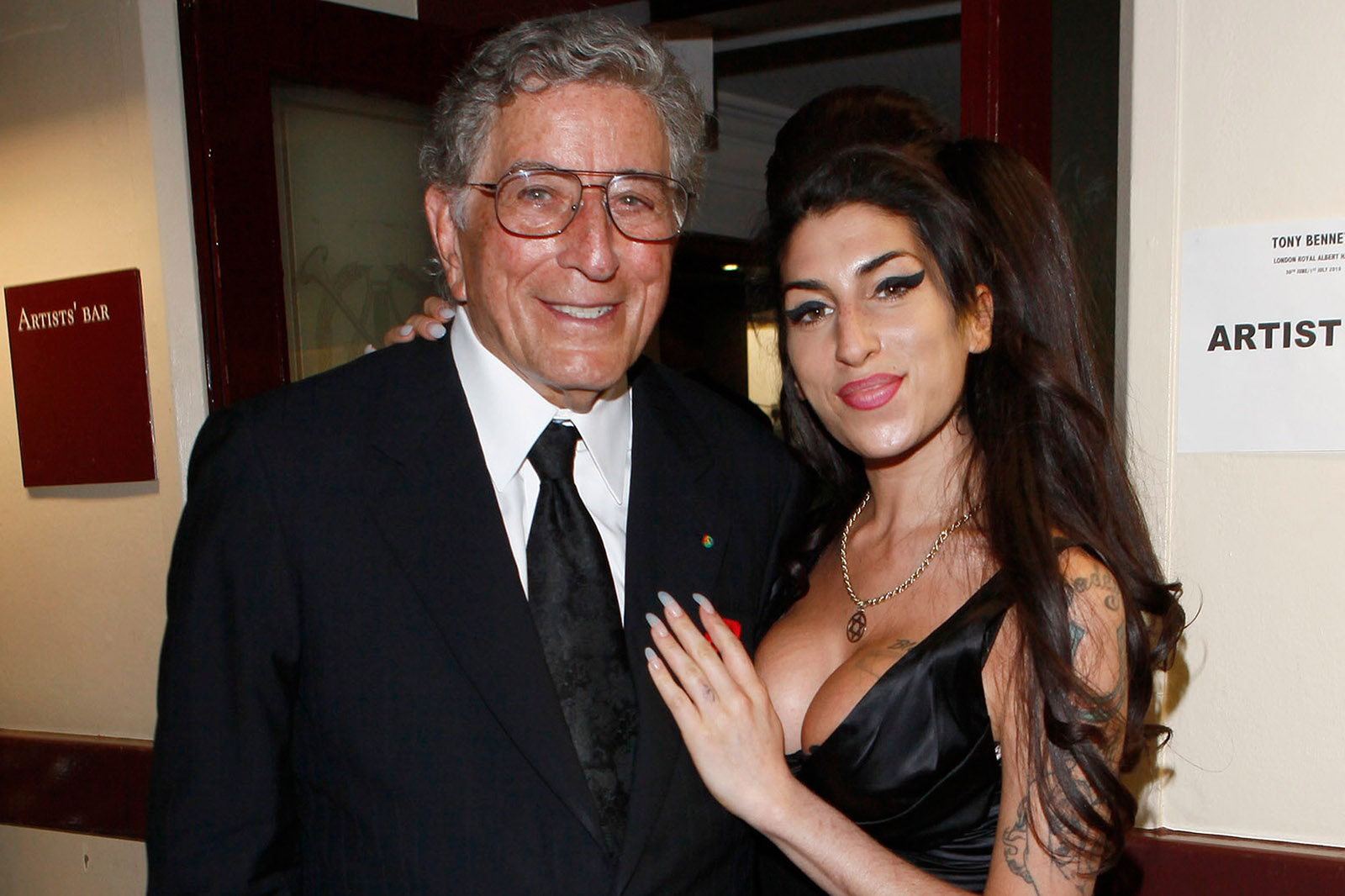 Tony Bennett is best known as a singer of traditional pop standards, big band, show tunes, and jazz. However, he’s also a painter, having created works under his birth name that are on permanent public display in several institutions. Bennett has won nineteen Grammy Awards and two Emmy Awards, and was named an NEA Jazz Master and is a Kennedy Center Honoree. He’s sold over 50 million records worldwide.

Before his illness, Tony was known as a meticulous perfectionist in the studio and definitely in charge. The 2012 documentary The Zen of Bennett includes an electrifying moment when Tony, working to calm a nervous Amy Winehouse during their duet on “Body and Soul,” snaps at producer Phil Ramone, who dared to intervene on the studio mic, “No — stay out of it! Let she and I work it out.”

In another sequence, Bennett snaps at his music arranger-piano player, Lee Musiker, for using too fast a tempo on “The Way You Look Tonight”, which they are rehearsing for a duet with Faith Hill. “It can’t be a throwaway,” Tony says. “I wanna do a definitive version of this song!” 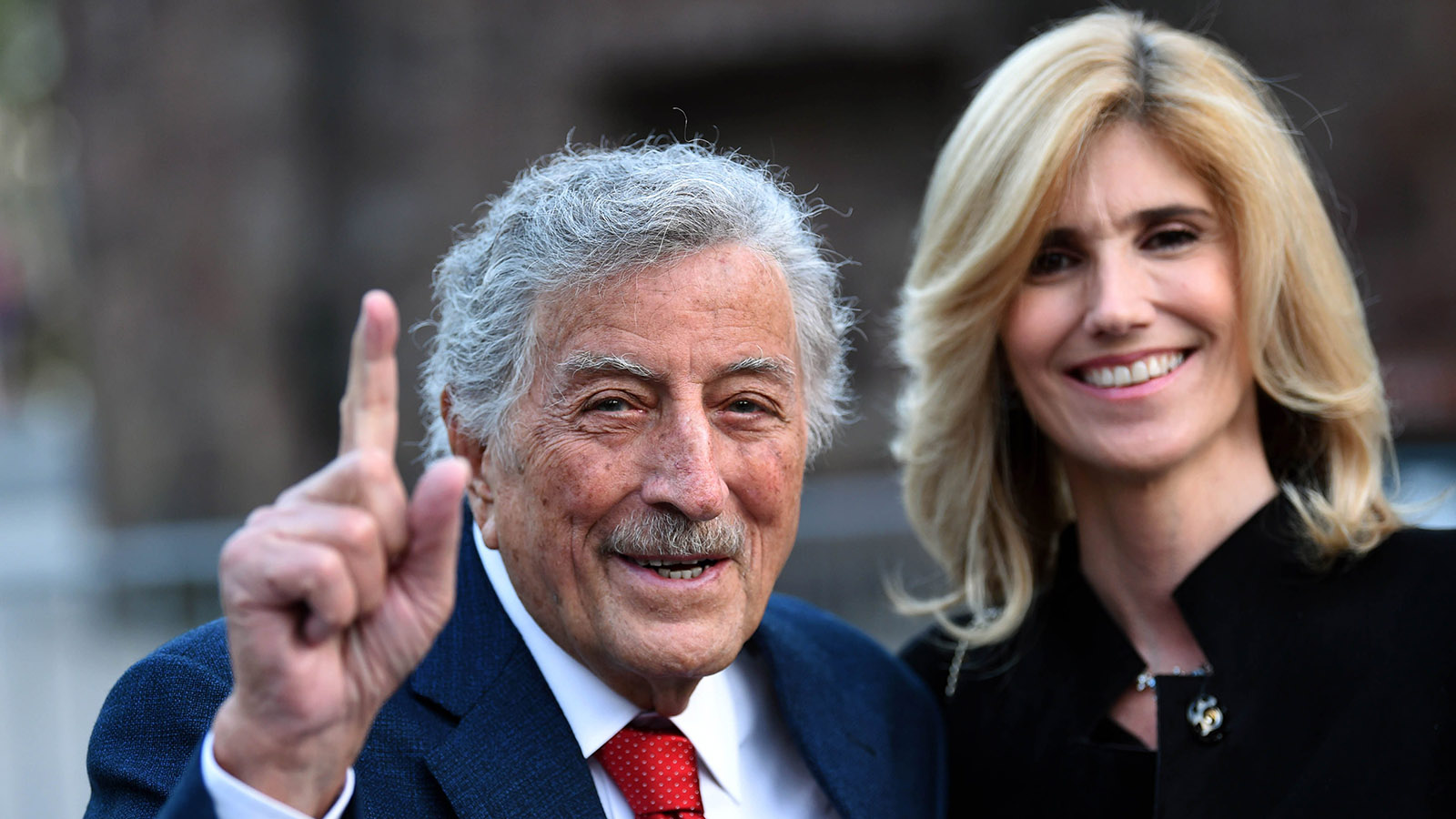 Alzheimer’s disease is a progressive illness that causes issues with memory and other cognitive abilities. The symptoms of Alzheimer’s may start out mild (someone may forget upcoming appointments or have trouble making decisions, for instance). In later stages of the illness, someone might experience more severe symptoms, such as forgetting important people in their life or getting lost even in familiar places.

These more severe symptoms tend to be signs of dementia, a collection of issues related to memory loss and cognitive decline. And Alzheimer’s disease is the most common cause of dementia.

It is not easy for any family to break the silence around a loved one’s diagnosis with Alzheimer’s disease. Like cancer and mental illness, Alzheimer’s carries a stigma, since people feel a special terror of an incurable disease that ruthlessly detaches its sufferers from the places, events, and people that anchored them in life. 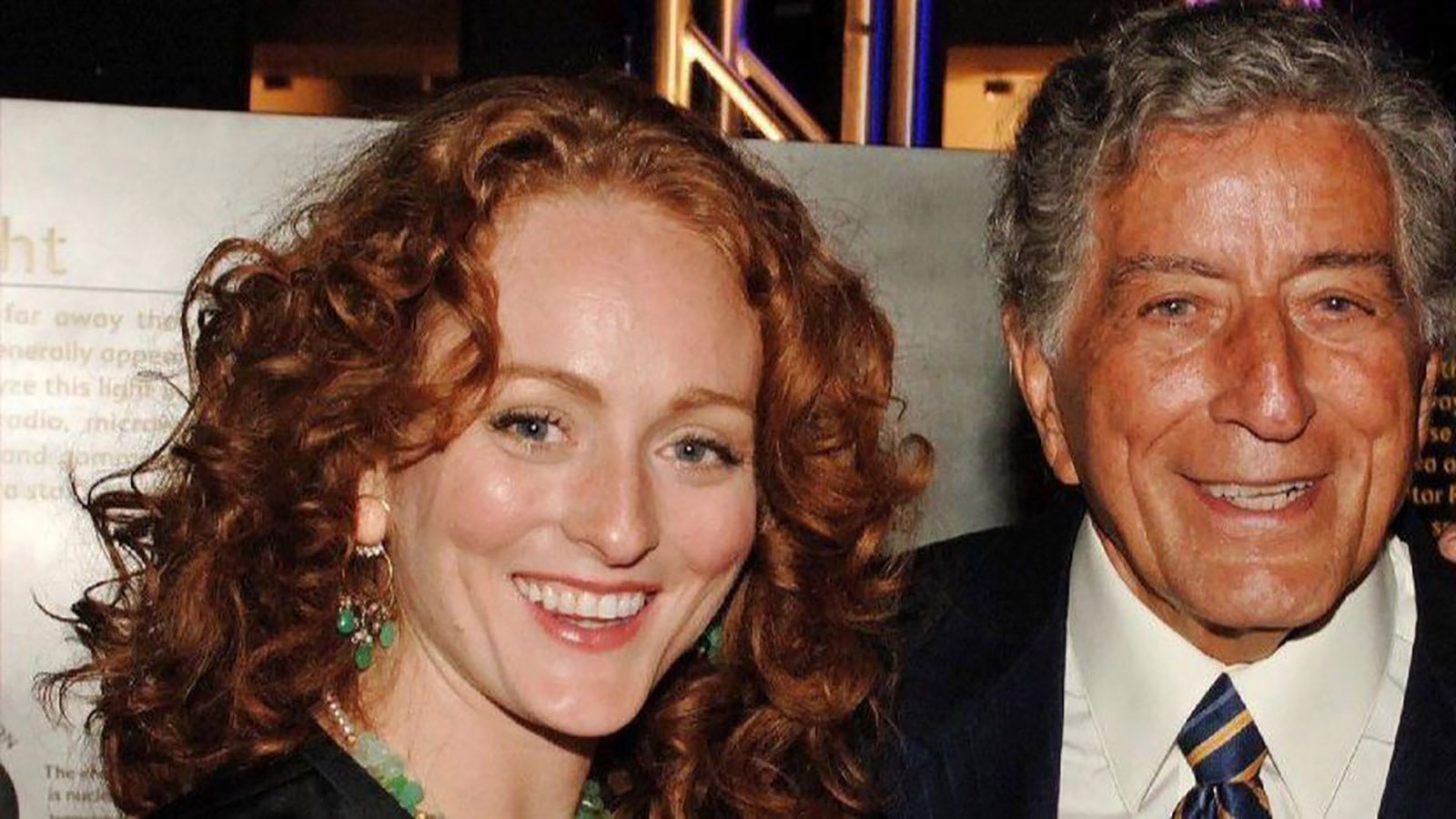 Many sufferers treat Alzheimer’s as an immediate death sentence and retreat from the world, encouraged to do so by family members who fear the disease and its unpredictable, and sometimes socially embarrassing, course. Researchers have recently raised alarms about the negative effects of such censure on sufferers.

Gill Livingston, M.D., a University College London psychiatrist specializing in dementia, said that the silence around Alzheimer’s only causes misconceptions and stereotypes to form around the disease, creating a vicious cycle that leads to further stigmatization and fear.

“Panicking and hiding away is really unhelpful,” Livingston imparted. “What we want is for people to be as open as they can, open within themselves and within their families, so that they can be supported in the things they can’t do, and be helped to live a relatively full life. Support makes a great deal of difference.”

If your loved one is suffering with Alzheimers, go to www.alz.org for help and support.