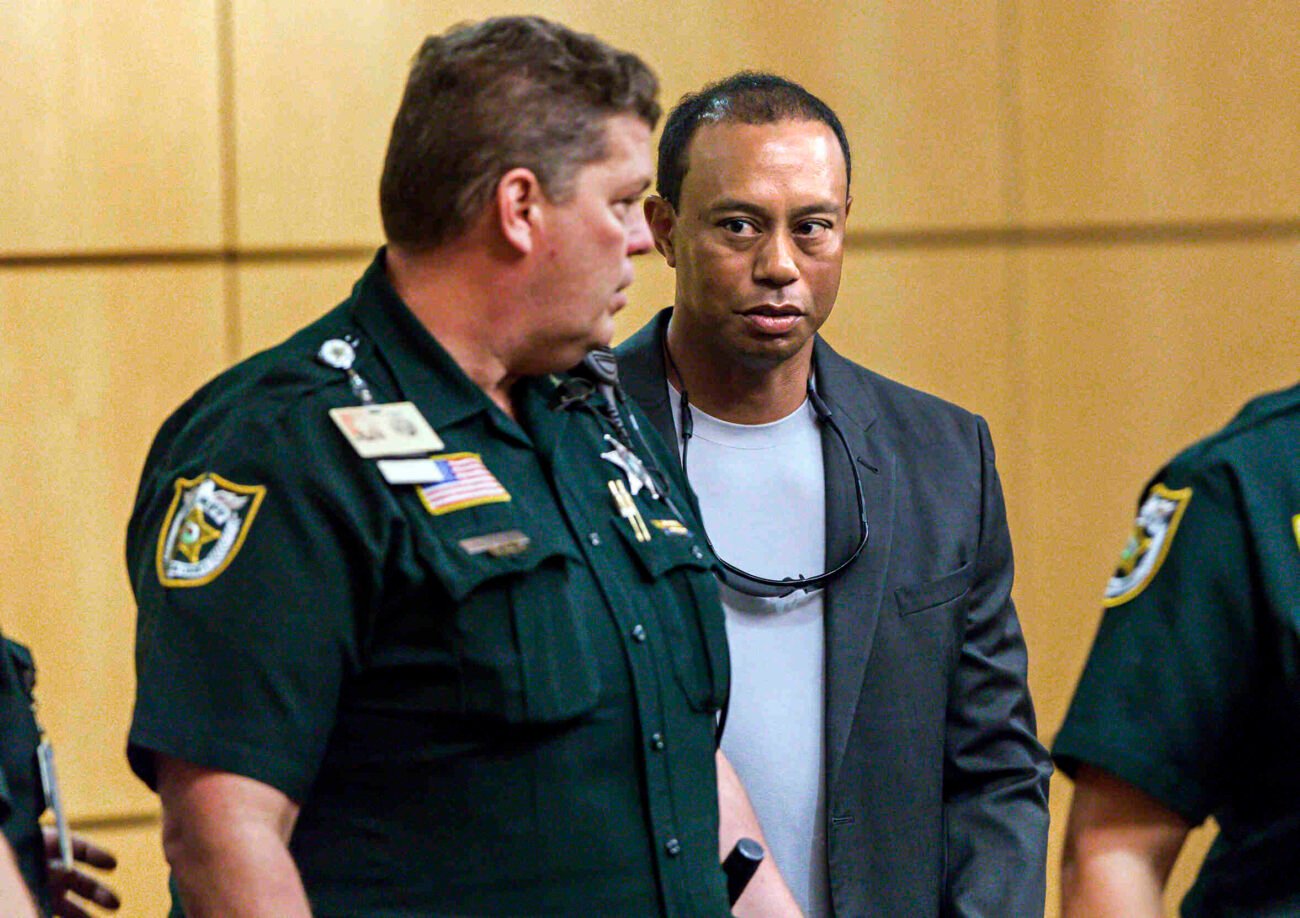 Did Tiger Woods use his net worth to pay off the cops about his accident?

Recently, the golf icon Tiger Woods got himself in a sticky situation after his rollover car crash in Los Angeles. The devastating single-car crash led to the sports legend’s breaking several bones and suffering multiple fractures in his leg.

While the LA County’s sheriff department ruled the accident in favour of the forty-five-year-old legendary golfer, who was truly given the benefit of doubt? According to various reports of forensic experts pointing in that direction, there were many indications of Woods being inattentive or having dozed off during the accident.

The seemingly-biased ruling from the investigation over the car crash made followers of the news skeptical of whether Tiger Woods had used some of his multi-million net worth to bribe the cops to dismiss the “actual” reasons of the accident. 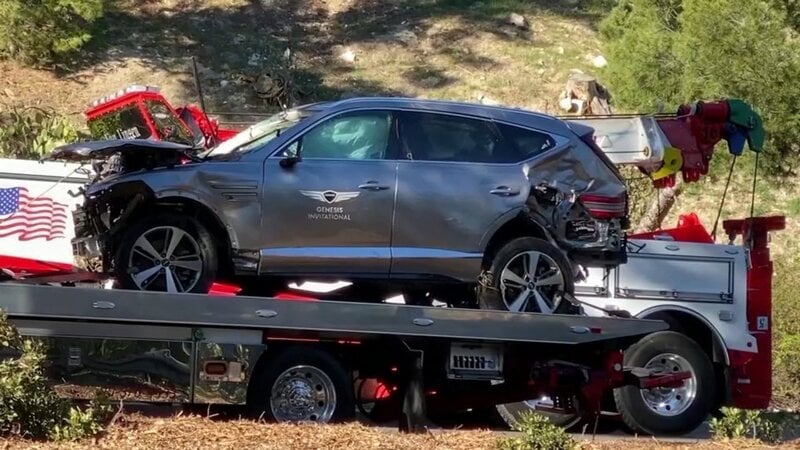 On February 23rd 2021, Tiger Woods was driving a rented luxury model Genesis GV80 alone when he veered across the median on Hawthorne Boulevard in Rancho Palos Verdes, off-roading as he struck a tree which caused the car to roll over.

The overturned car consisting of a “lucid” & “calm” Tiger Woods, as per Deputy Carlos Gonzalez’s claims, was initially reported to be extracted by the “jaws of life”, but the LA fire official clarified it as false and explained a “hooligan axe and tool” were used instead.

At the press conference for Tiger Woods’s accident, Los Angeles County sheriff Alex Villanueva claimed there was no sign of driver impairment in the crash. Still, Villanueva couldn’t say for sure whether the famous golfer was on the phone at the time of the crash or not. 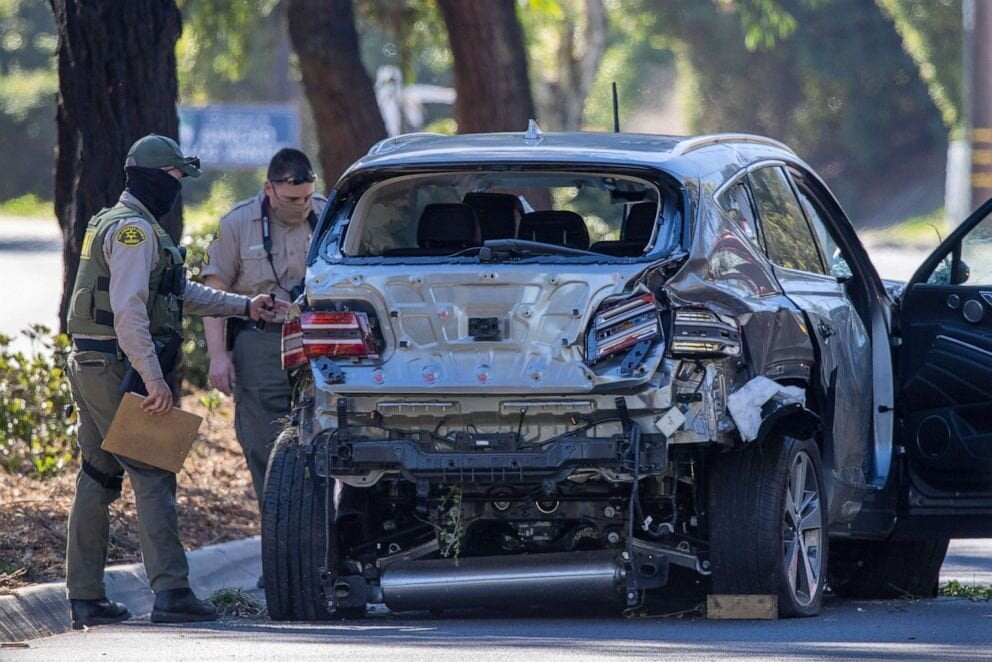 “No skid marks, no braking,” Villanueva recounted while noting that “the first contact was with the center median, from there then crossed into the opposing lane of traffic, hit the curb, hit a tree, and there were several rollovers during that process.”

“Downhill on a curve, it’s a lesson for everyone,” Villanueva vaguely stated when asked if Woods was speeding. 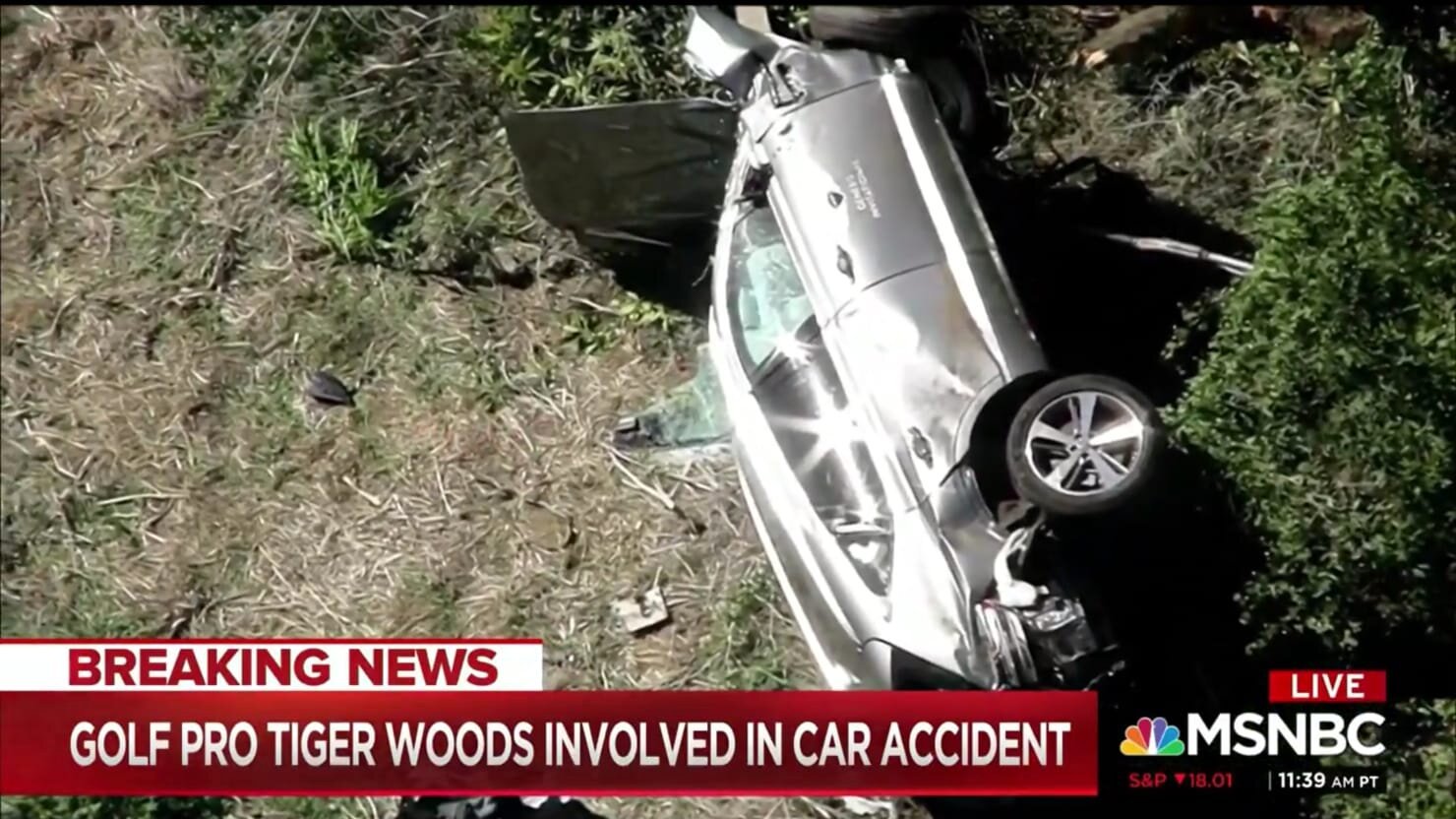 Just twenty-four hours laters, Sheriff Villanueva announced the crash to be “purely an accident”. Further, he also exclaimed there had been no need to bring in a drug recognition expert or DRE to evaluate Tiger Woods for impairment.

However, several forensic experts voiced out to USA Today Sports that the available evidence in the case indicated Woods might’ve been inattentive or asleep when the SUV went right into a median instead of staying in the lane as it curved right. 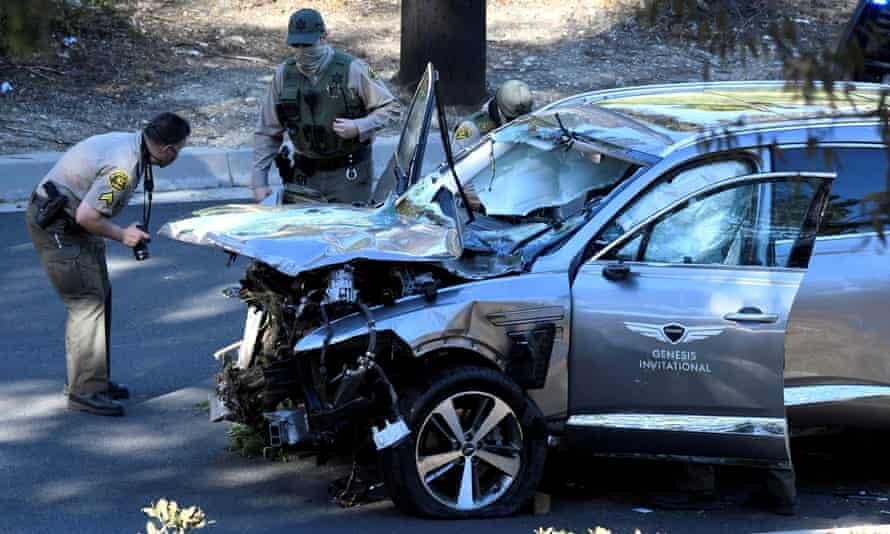 As the experts cast doubt on the sheriff’s department’s decision to quickly label the crash an “accident” and to not bring in an expert to have Woods’ blood examined, the sheriff’s department stated in USA Today Sports, “LASD is not releasing any further information at this time, the traffic collision investigation is ongoing and traffic investigators continue to work to determine the cause of the collision.”

As New York Post reported, “accident reconstruction experts said the links legend’s inability to remember driving at all was reason enough to bring in a drug recognition expert, or DRE.” 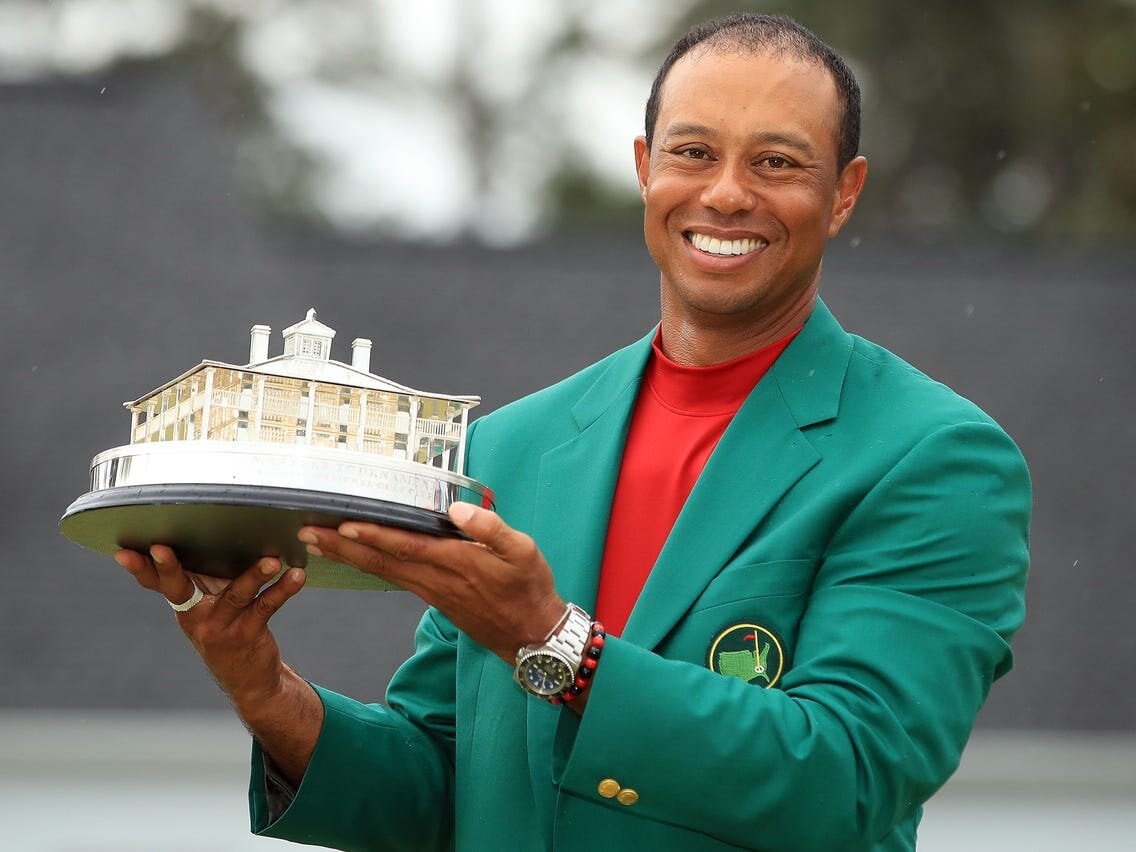 Tiger Woods is one of the highest-paid golfers to this day with Forbes estimating Woods’s net earnings to be around $62.3 million worth.

MSNBC also reported that Woods is an avid investor, making his money “work for him”. Tiger Woods owns a property of ten acres evaluated to $55 million, a private jet costing him $54 million, and not to mention his $25 million yacht – all of which keep adding to his massive net worth.

While winning fifteen major championship titles does help his net worth grow, the sum is little compared to what he makes from his dazzling endorsements. Forbes’s reports cover that approximately $2.3 million of Tiger Woods’s earnings came from his winnings, while the majority of his net worth – around $60 million came from his sponsorships.

According to Celebrity Net Worth, Tiger Woods has a net worth estimated around $800 million. With such a hefty net worth, it does draw many to question if Tiger Woods used it to his advantage, not only with hospital bills but by paying off the cops during his latest car crash’s investigation to overlook some keen evidence. 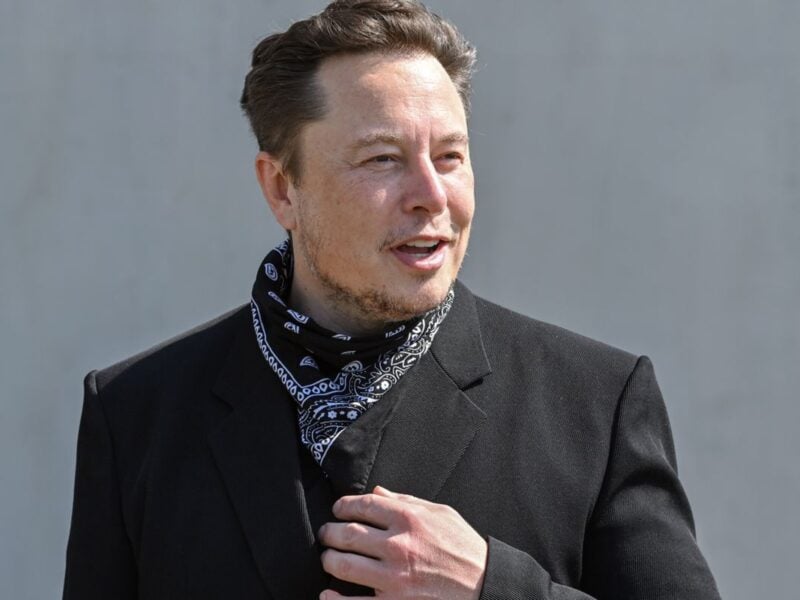